Whatever Happened To... Johnny Thunder? 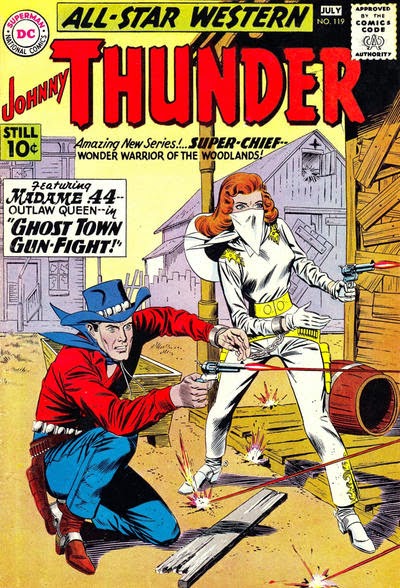 Johnny Thunder was a long running cowboy hero from a period when both Marvel & DC had a ton of 'em. Like Daredevil, mild mannered John Tane had promised his Ma he'd never raise a hand in violence and so became the town's schoolmaster, but unfortunately his Sheriff Pa was always on at him to become his deputy and help out with the owlhoots causing trouble around town.
If you're unsure of John's solution, you've clearly never read a comic before, as sidestepping the mask route beloved of DC's Nighthawk and Marvel's original Ghost Rider, John becomes Johnny Thunder, scourge of desperados everywhere, by the simple expedient of... er, dying his hair and naming his horse Black Lightnin', even though it's as white as a polar bear sucking a mint in a snowstorm.
Granted, Johnny was no Jonah Hex, but he was drawn by Gil Kane, raising him instantly head and shoulders above all the other western heroes out there. Here he is in '50's action: 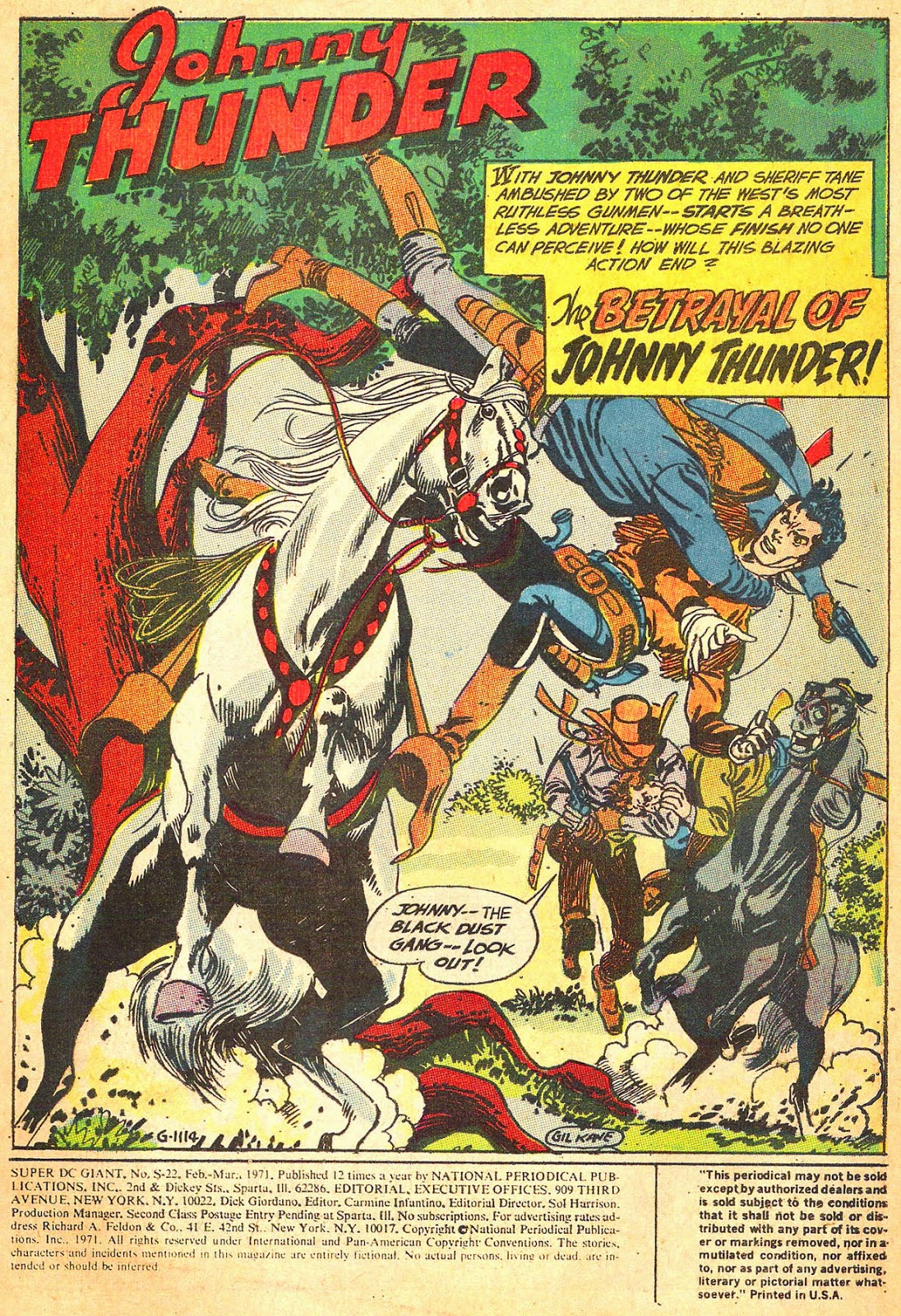 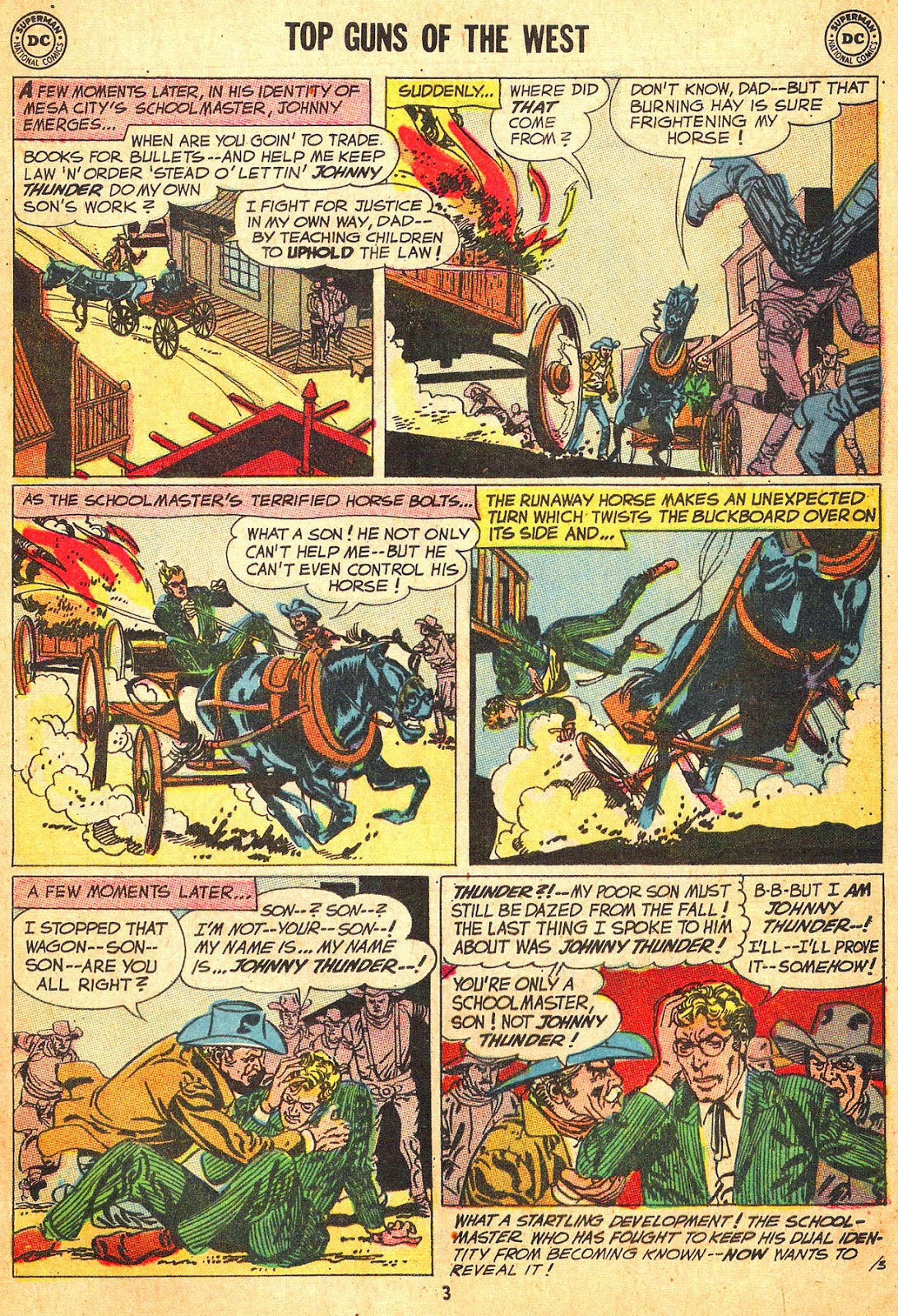 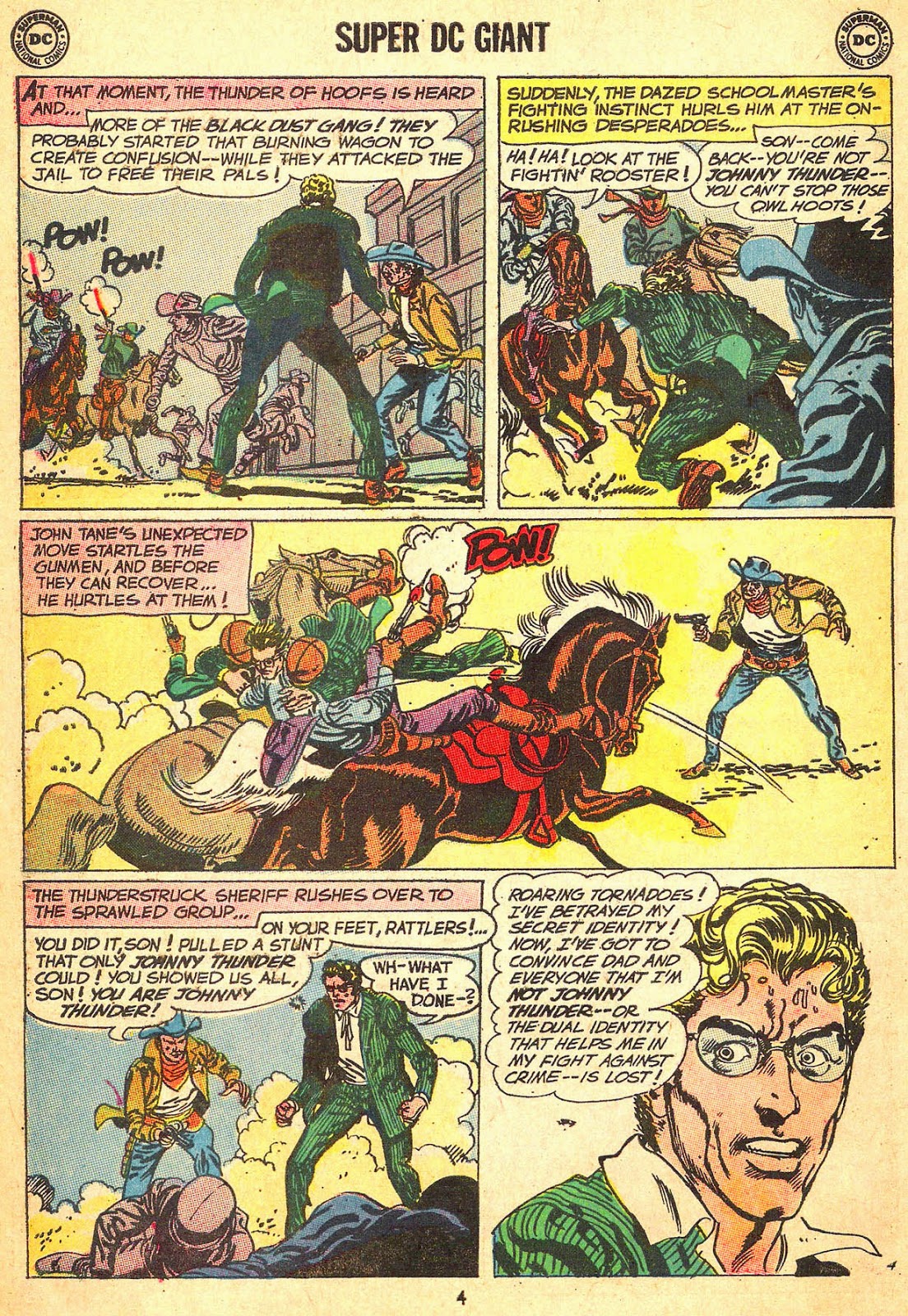 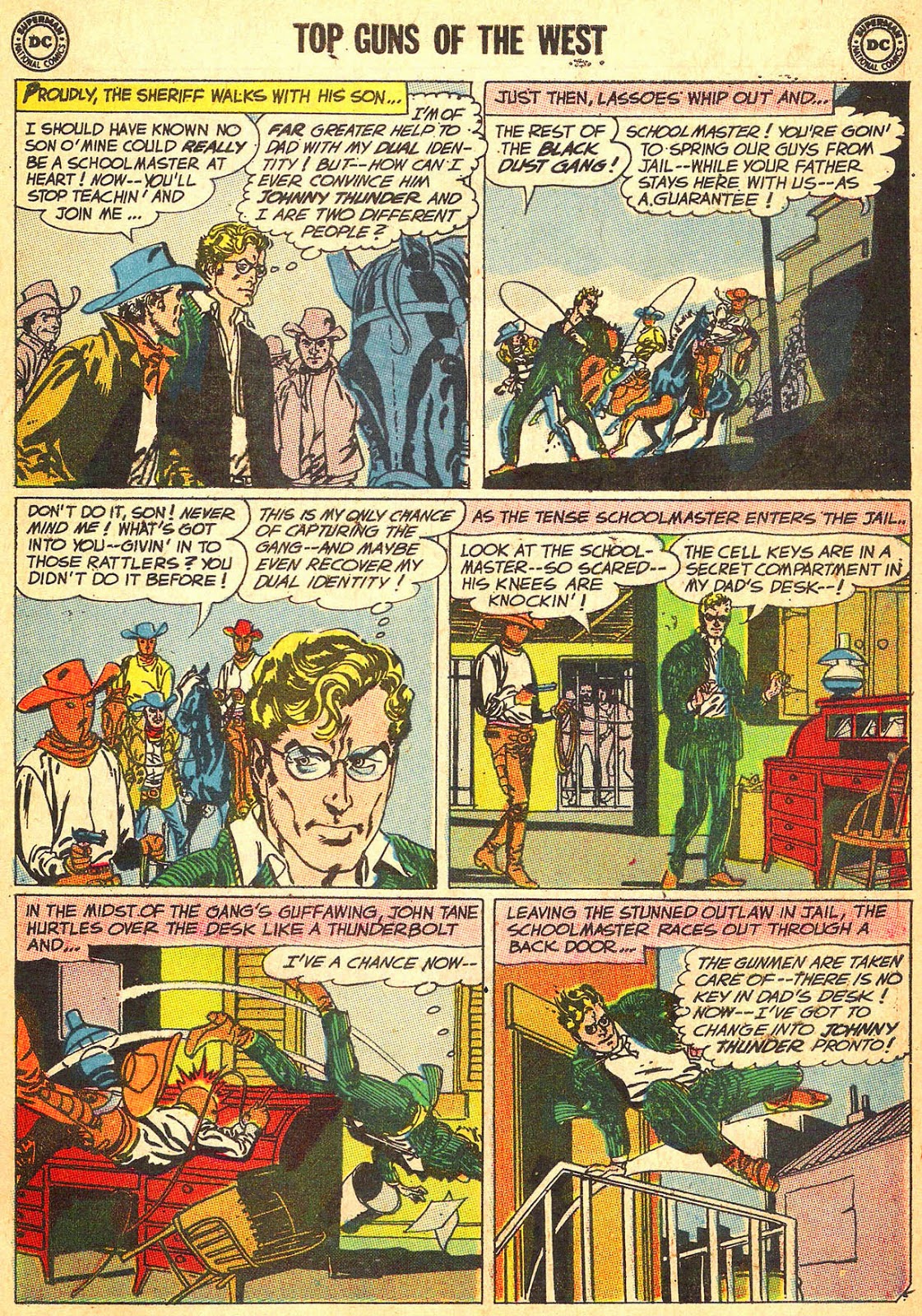 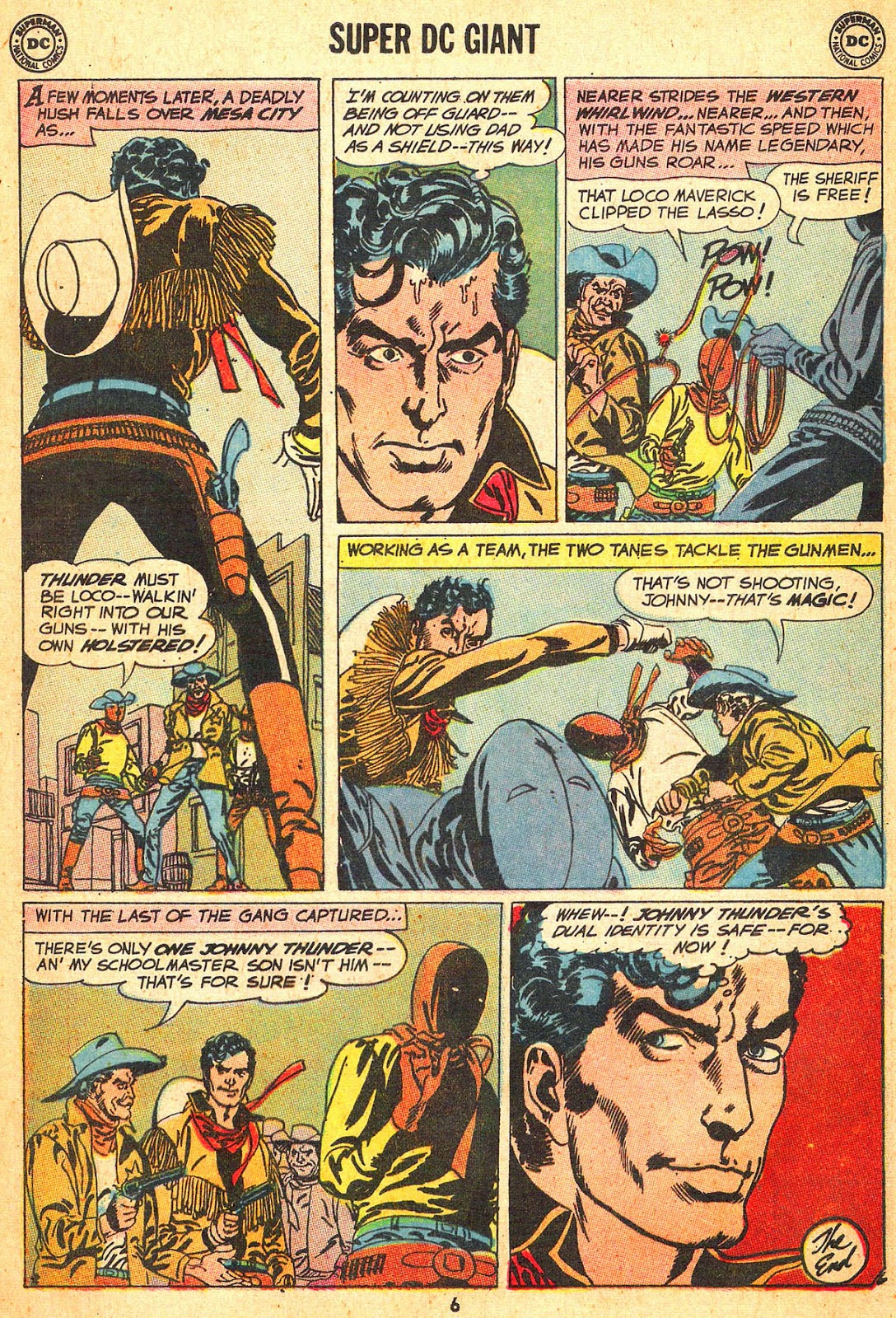 But whatever happened to him? Well, it seems he got involved with another sharpshootin' hero, a female one named Madam.44. and the pair spent a good few issues circling round each other after discovering their respective secret identities. I don't have that story, sadly, but here's the follow-up, courtesy of Whatever Happened To...? 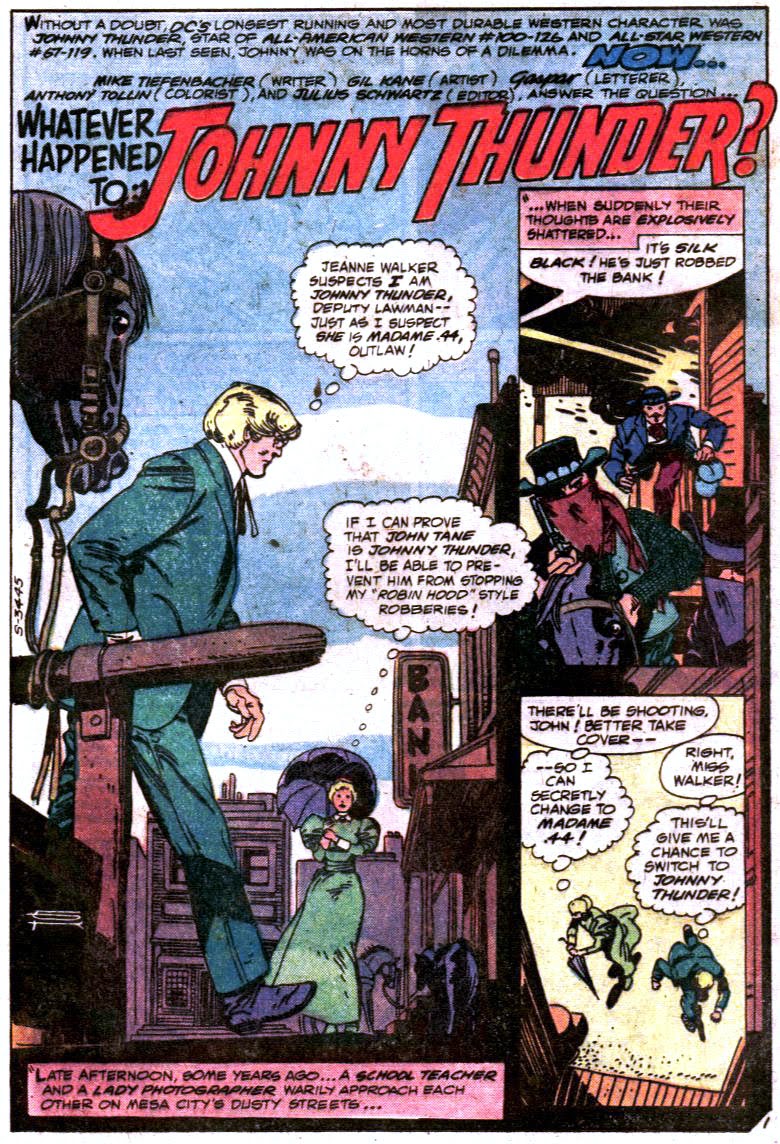 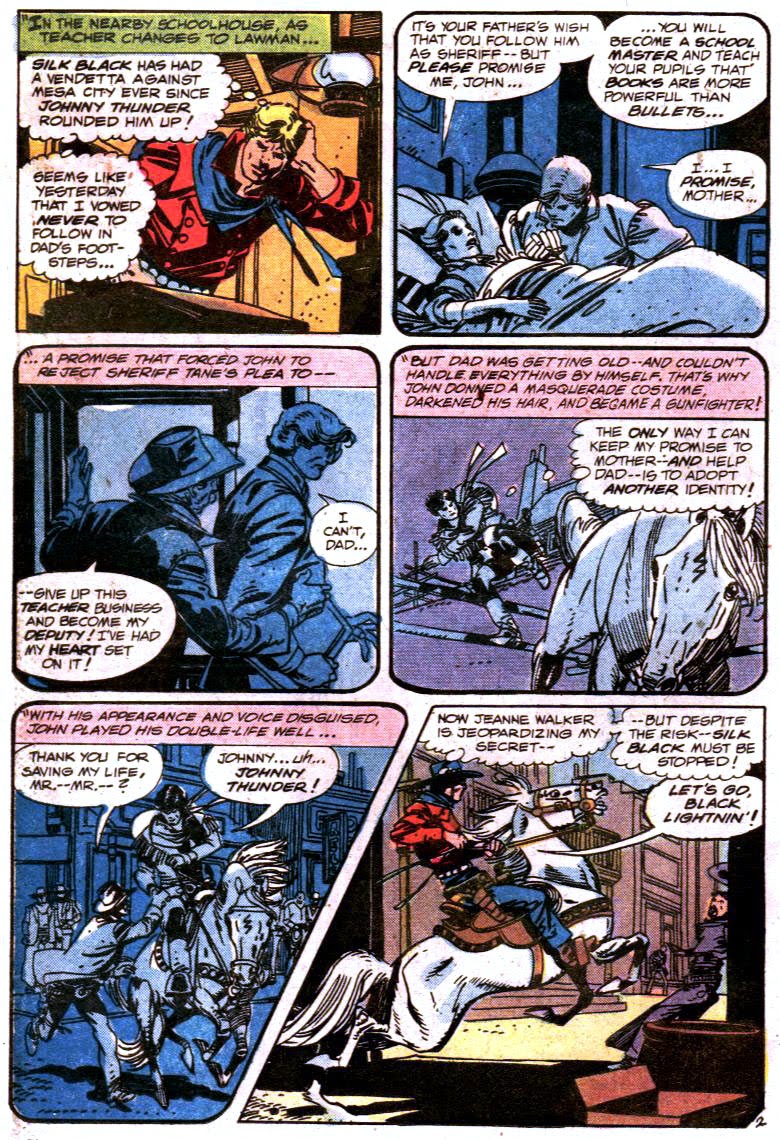 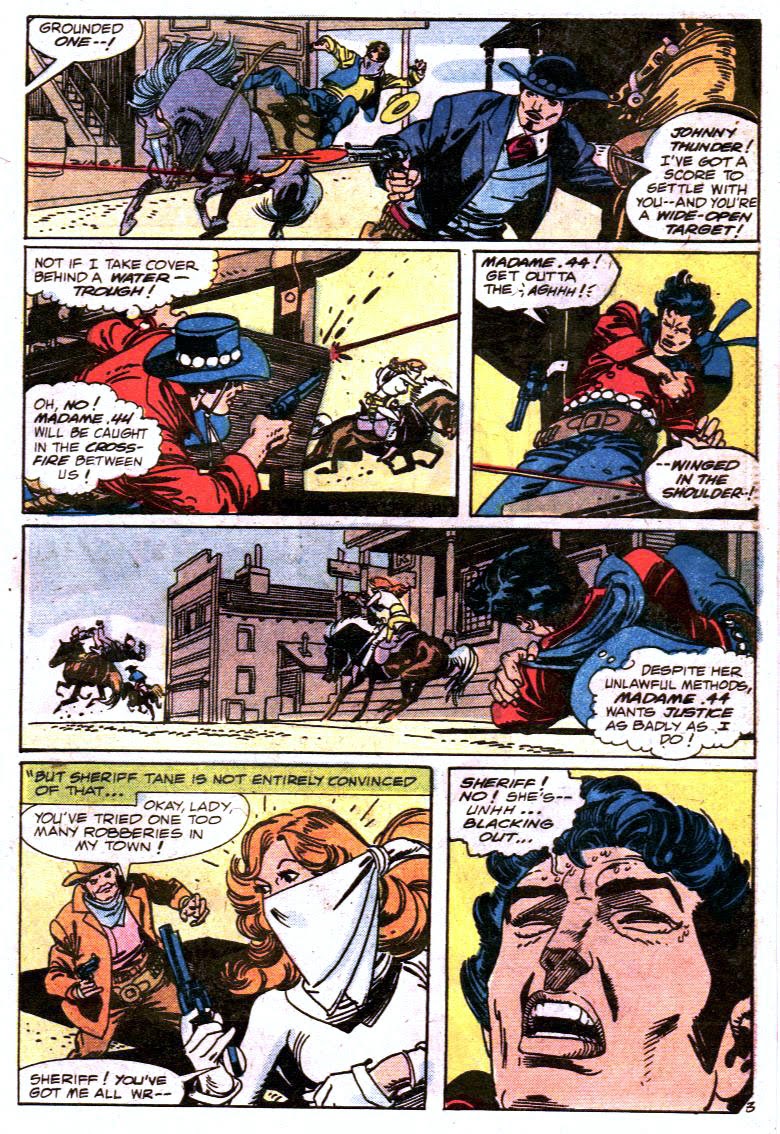 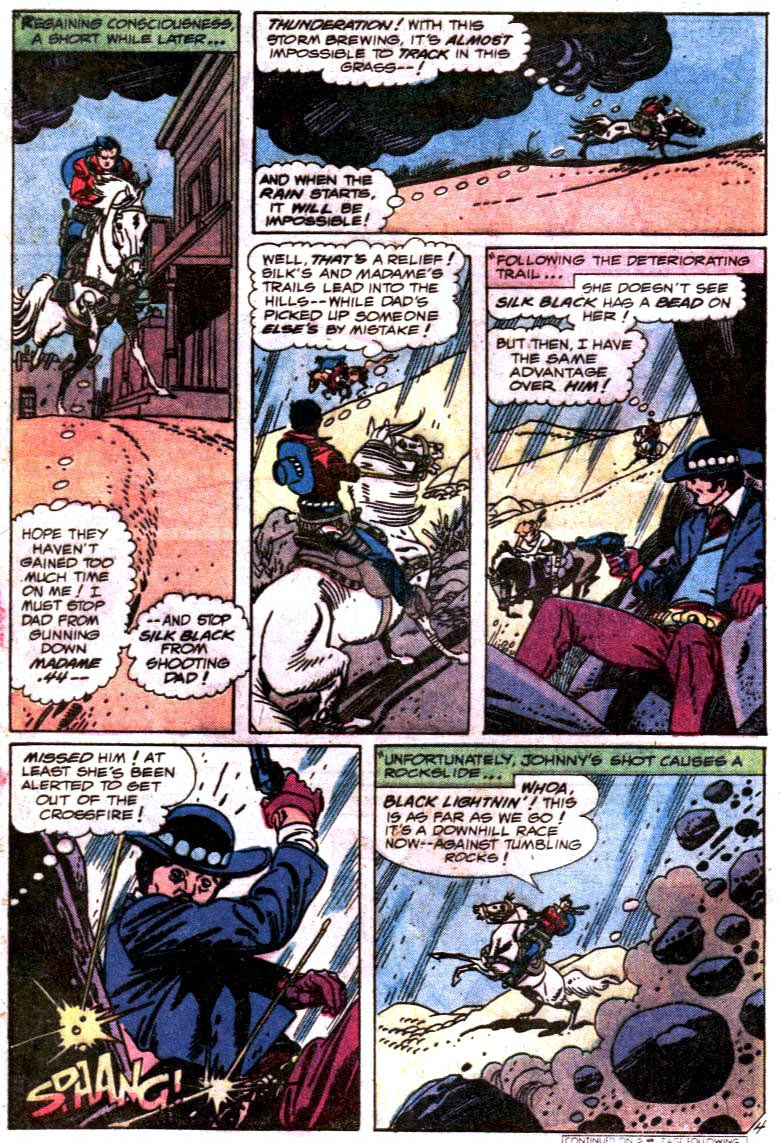 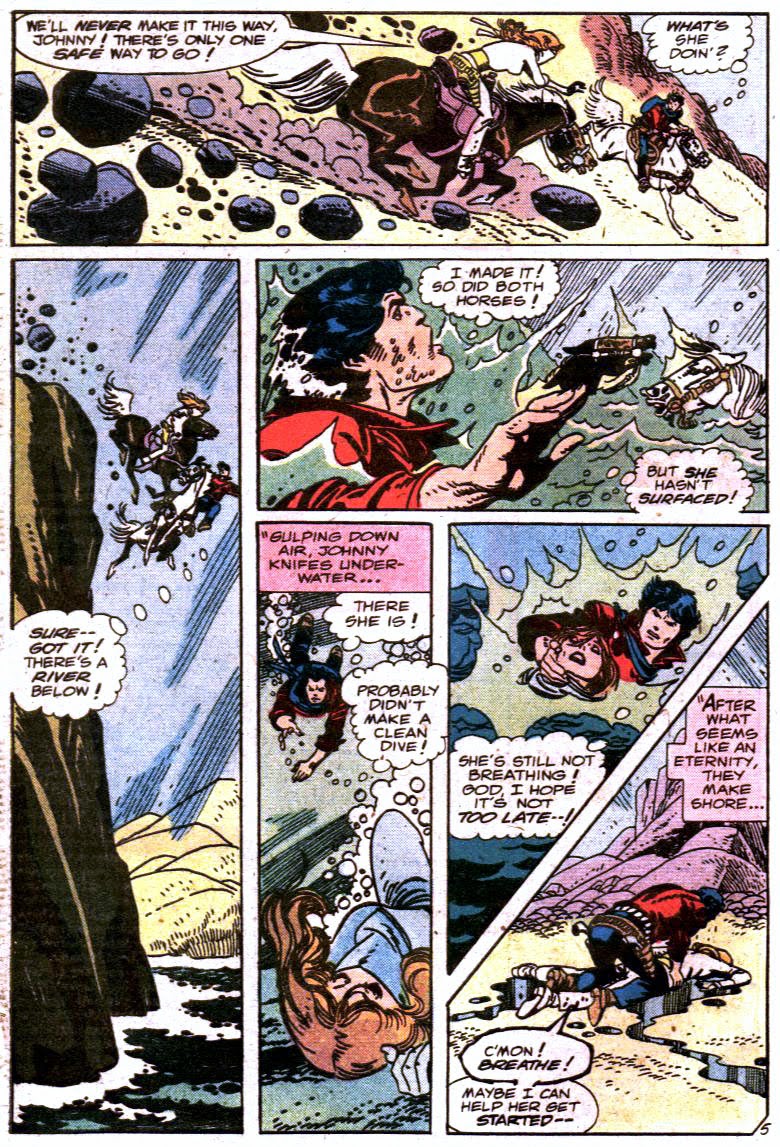 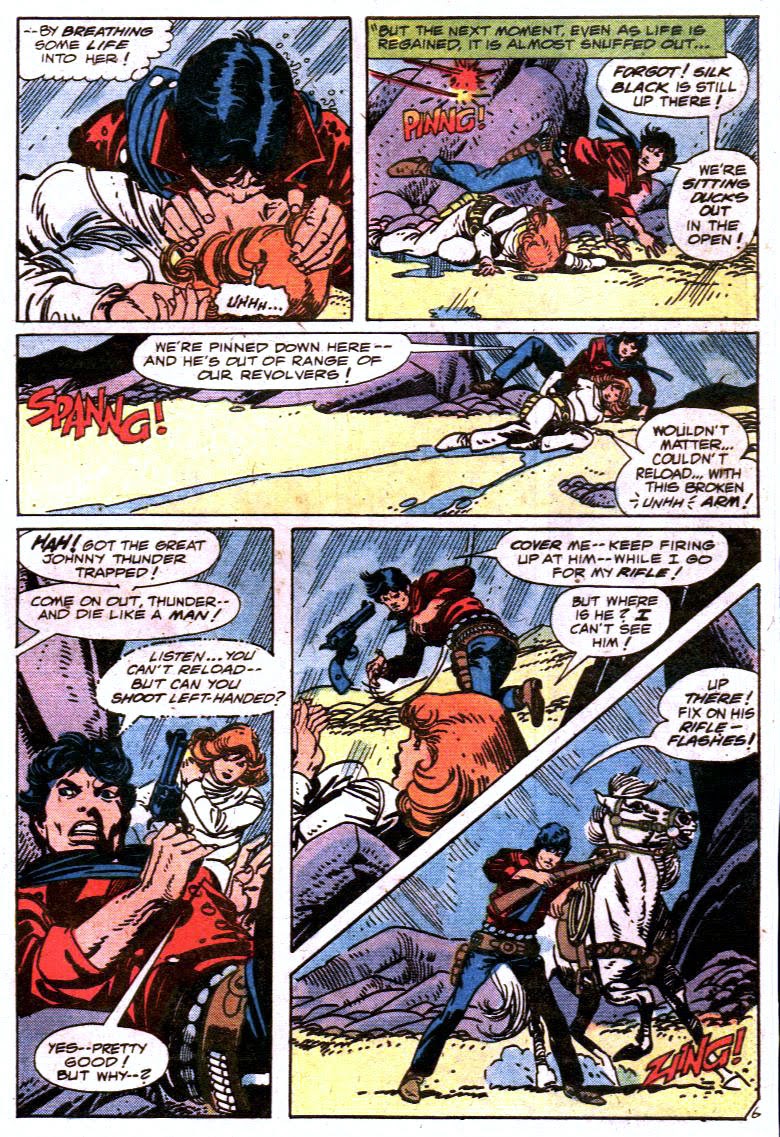 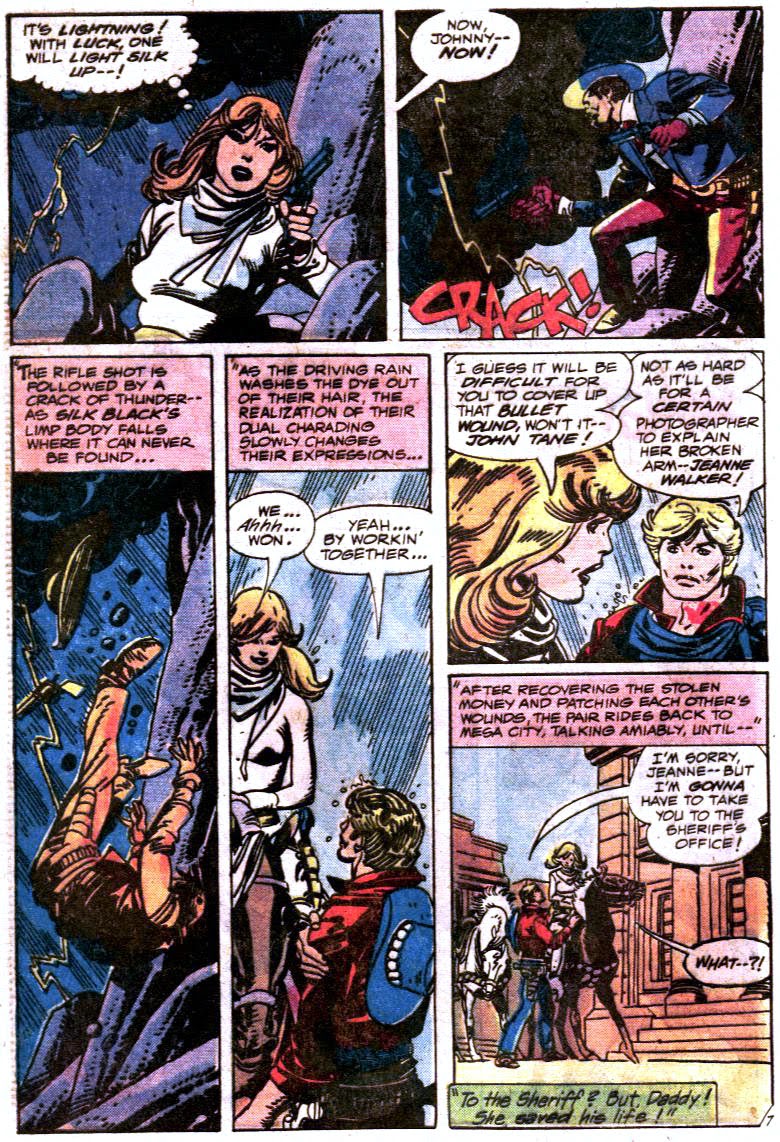 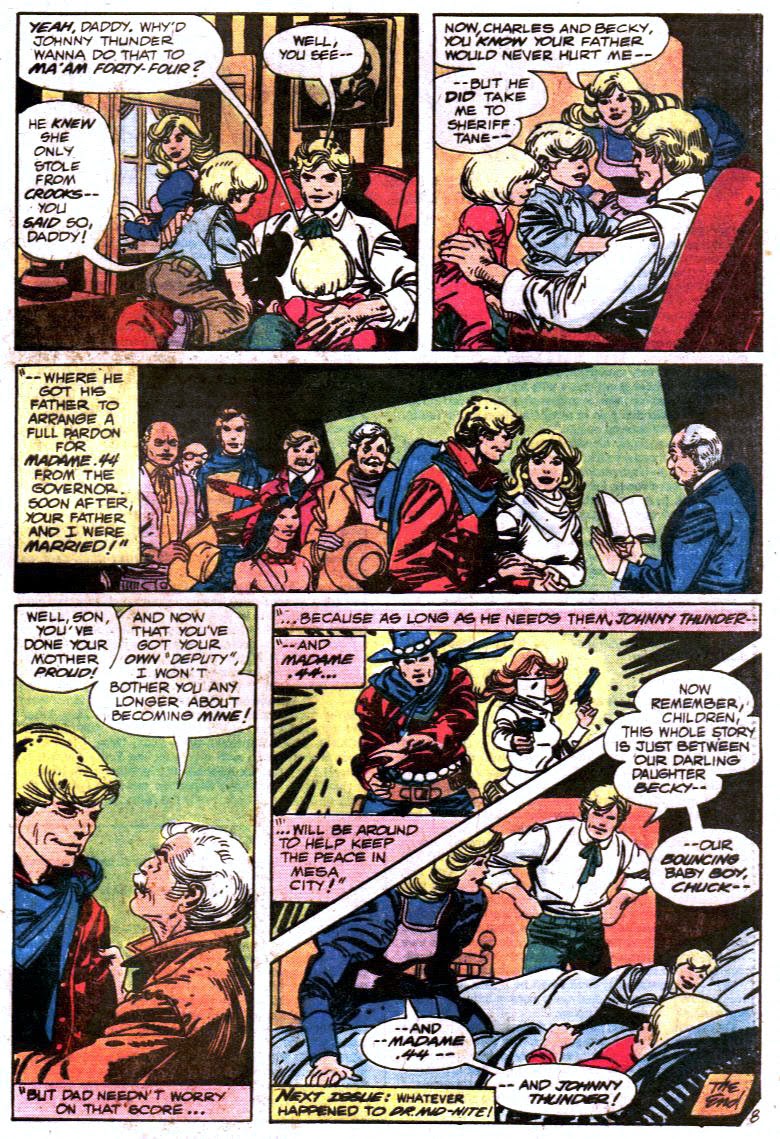