Brak The Barbarian: Spell Of The Dragon! 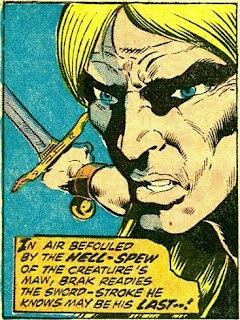 How's brawling blonde battler Brak The Barbarian doing on the never-ending road to Khurdisan? Well, in the only other Bronze Age appearance for the sword & sorcery superstar that never was, he's inexplicably and unceremoniously shoved in the back of The Chamber Of Chills, suggesting a inventory piece that languished in a draw for a while.
But, not only is this an original piece by Brak's creator John Jakes, it's drawn by Val Mayerik & Dan Adkins, who make a great art team.
I always liked Val's plasticy, surreal characters who looked ( as the witch does here ) like they were half-melted candles, and his strange style would've worked great on an ongoing sword & sorcery strip.
I always liked Brak too, maybe because I'd read the books at this time as well, and still think he could've been a contender. Unlike Conan, he occasionally had moments of self-doubt, and his world had room for both Lovecraftian gods and Christian priests. He was just different enough to make a mark, but sadly never did. 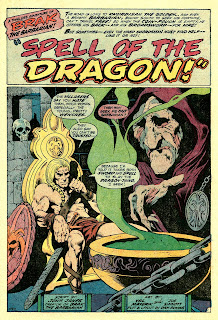 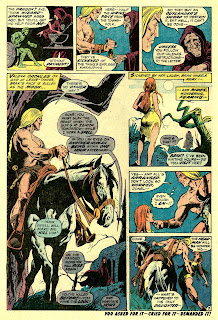 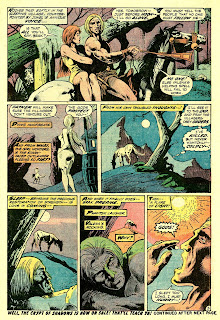 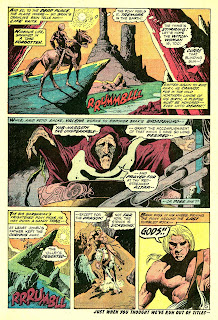 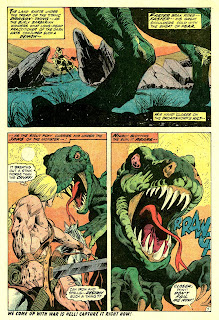 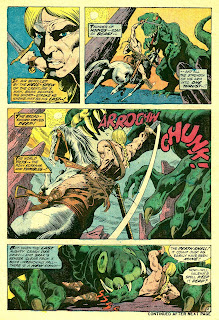 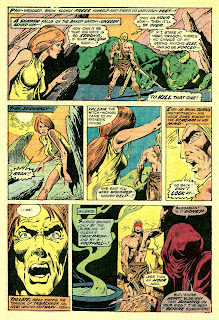 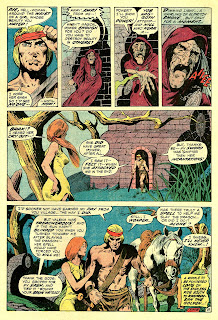