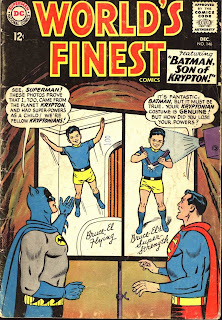 Here's a great World's Finest piece from the same era as when Julie Schwartz & Carmine Infantino were bringing Batman into his 'New Look' period, and wiping away all that Zebra Batman / Bat Hound / Batman on alien worlds nonsense.
Just a year or so earlier, the idea that The Caped Crusader might actually have come from Krypton would've been explained away by Red Kryptonite, or a practical joke Supes was playing on his pal for no apparent reason, and in fact, you read this whole story on tenterhooks waiting for just that to happen.
But no. In line with the comparative seriousness going on in Bats' own book at the time, writer Edmond Hamilton plays this one dead straight, and the rage Supes feels at the 'truth' of Krypton's destruction is genuine.
I always knew Curt Swan was great of course, but just now discovering how great Hamilton was too. 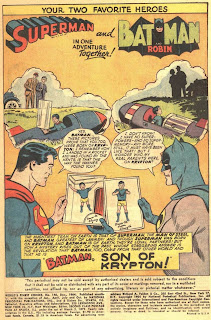 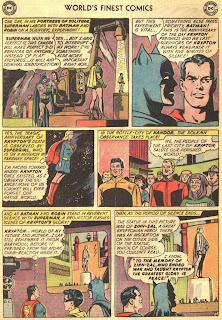 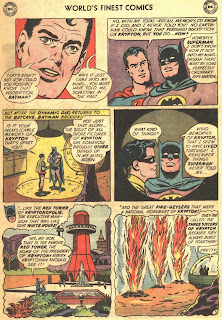 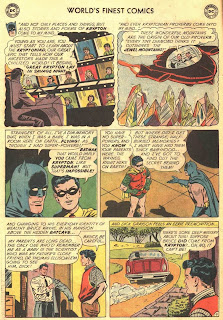 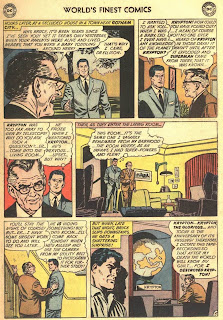 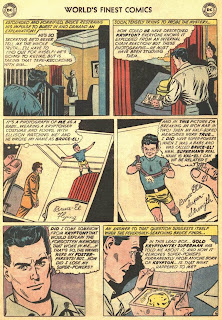 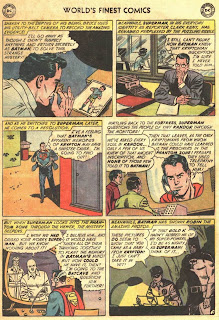 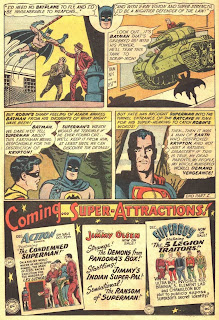 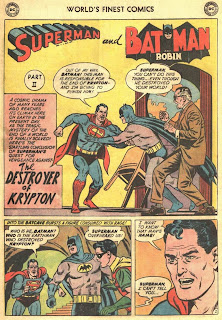 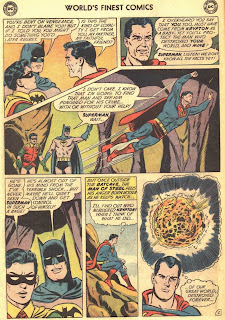 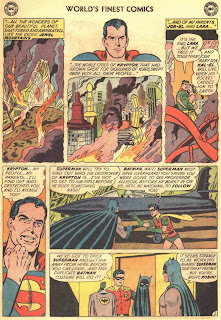 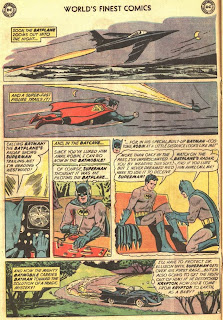 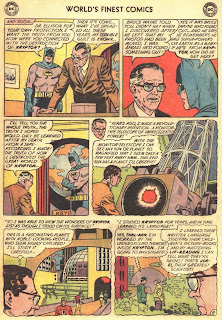 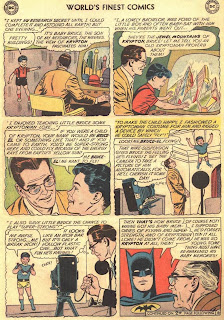 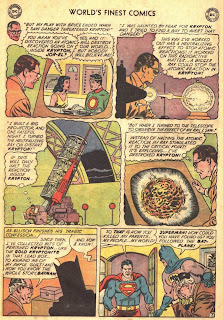 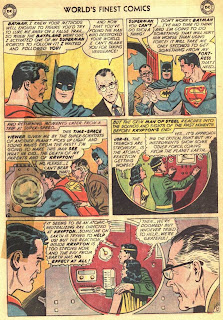 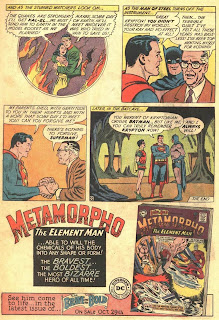