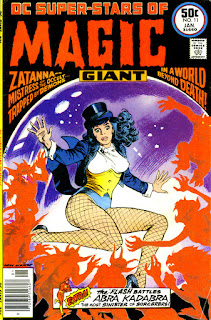 Here's a fun, and little bit mad, Zatanna three-parter from Adventure Comics, that then was reprinted in the above issue of DC Super-Stars. It's from Len Wein & Gray Morrow, so you know you're in good hands.
I always found Zatanna's habit of speaking spells backwards something that slowed down the story, and though she was never quite as compelling a character as her Devil's Daughter namesake over at Marvel, being Millie The Model to Satana's Chili, she comes across well here, particularly the way Gray draws her, and that panel where she complains of her tongue wilting is absolutely priceless.
Mind, the villain is unbelievably irritating, with his verbal tic of...eh..eh...saying eh...every eh...three seconds. There was a a race of aliens later on in The Legion that did the same thing, and it used to drive me crazy. Gniyonna dab syug raeppasid! 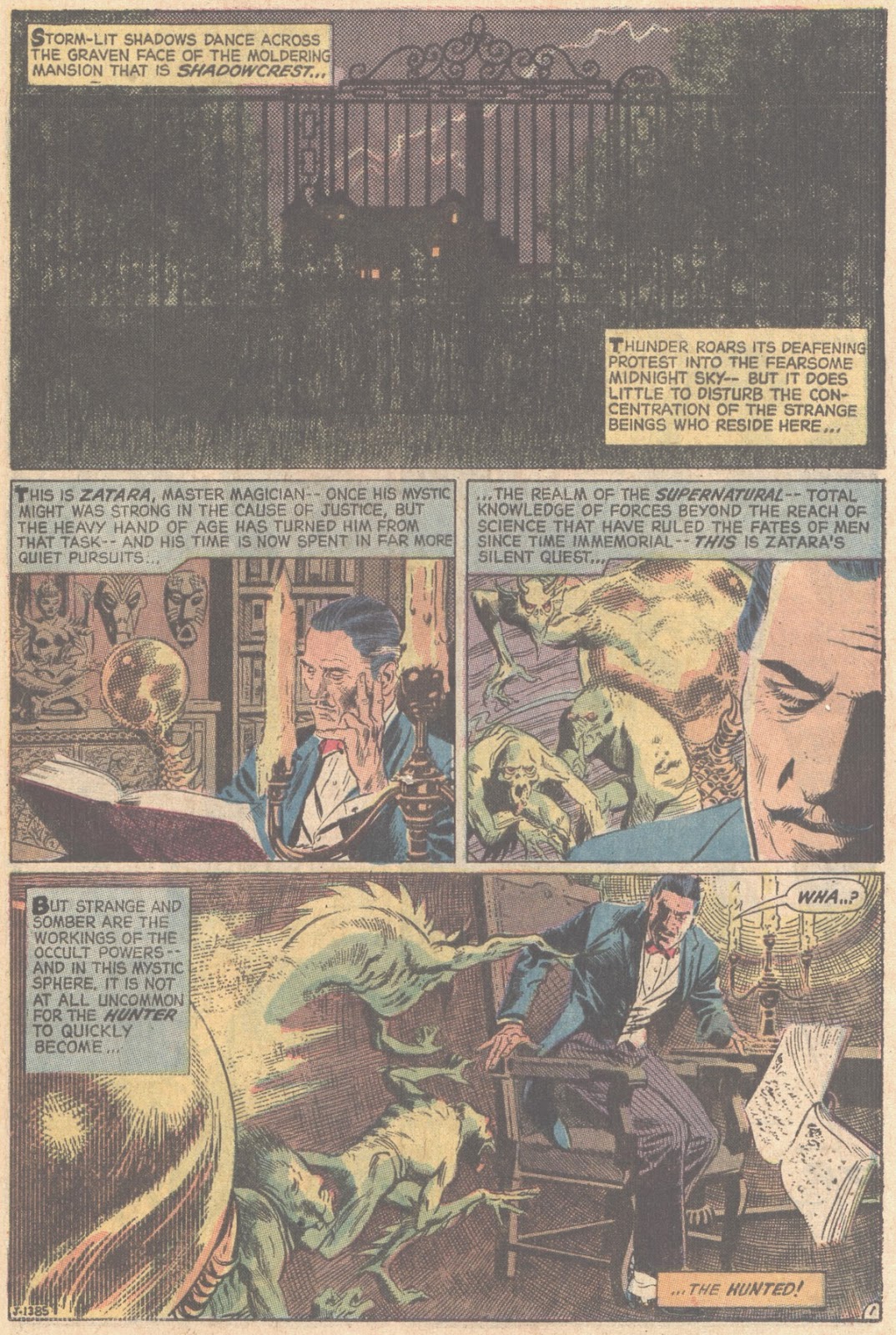 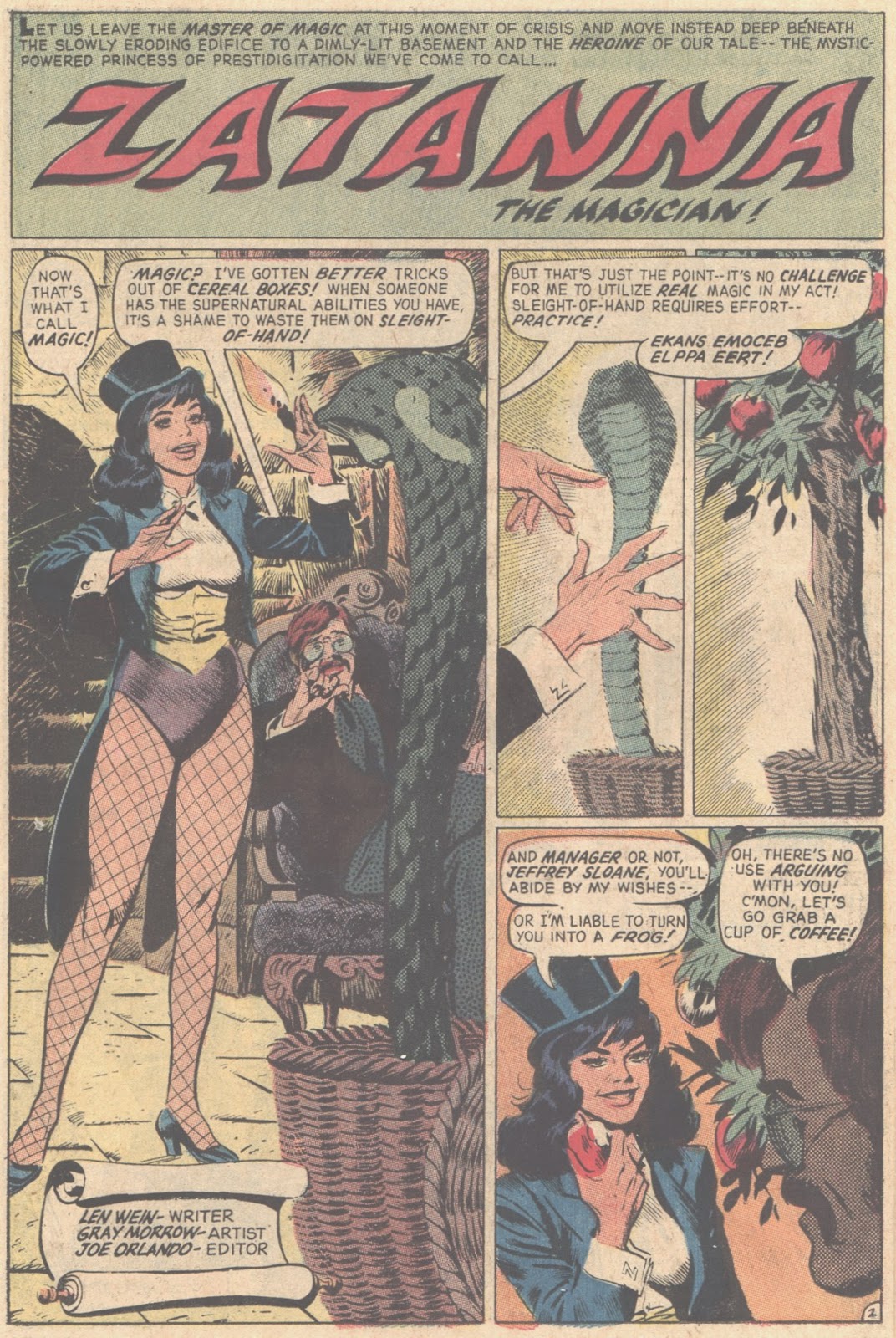 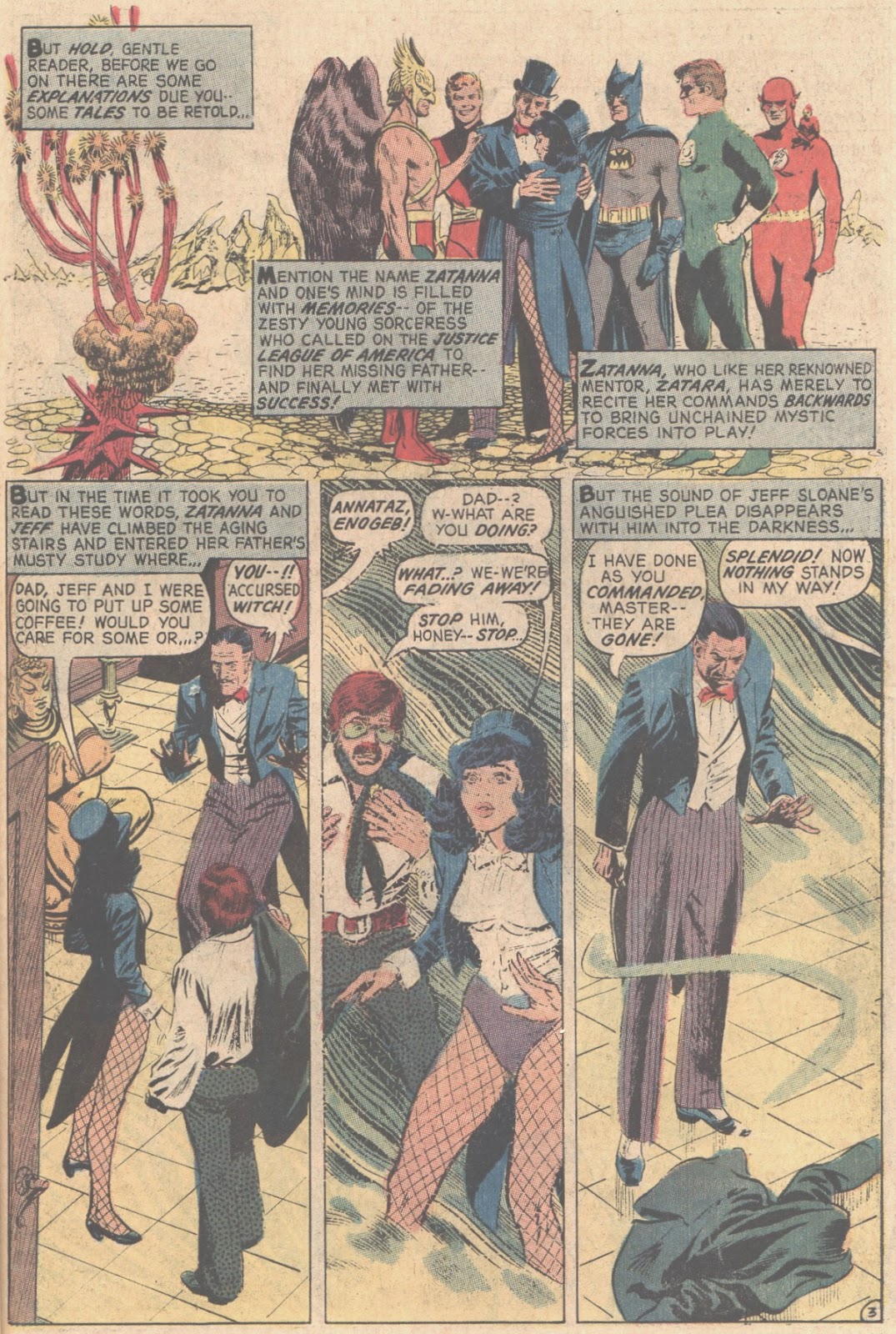 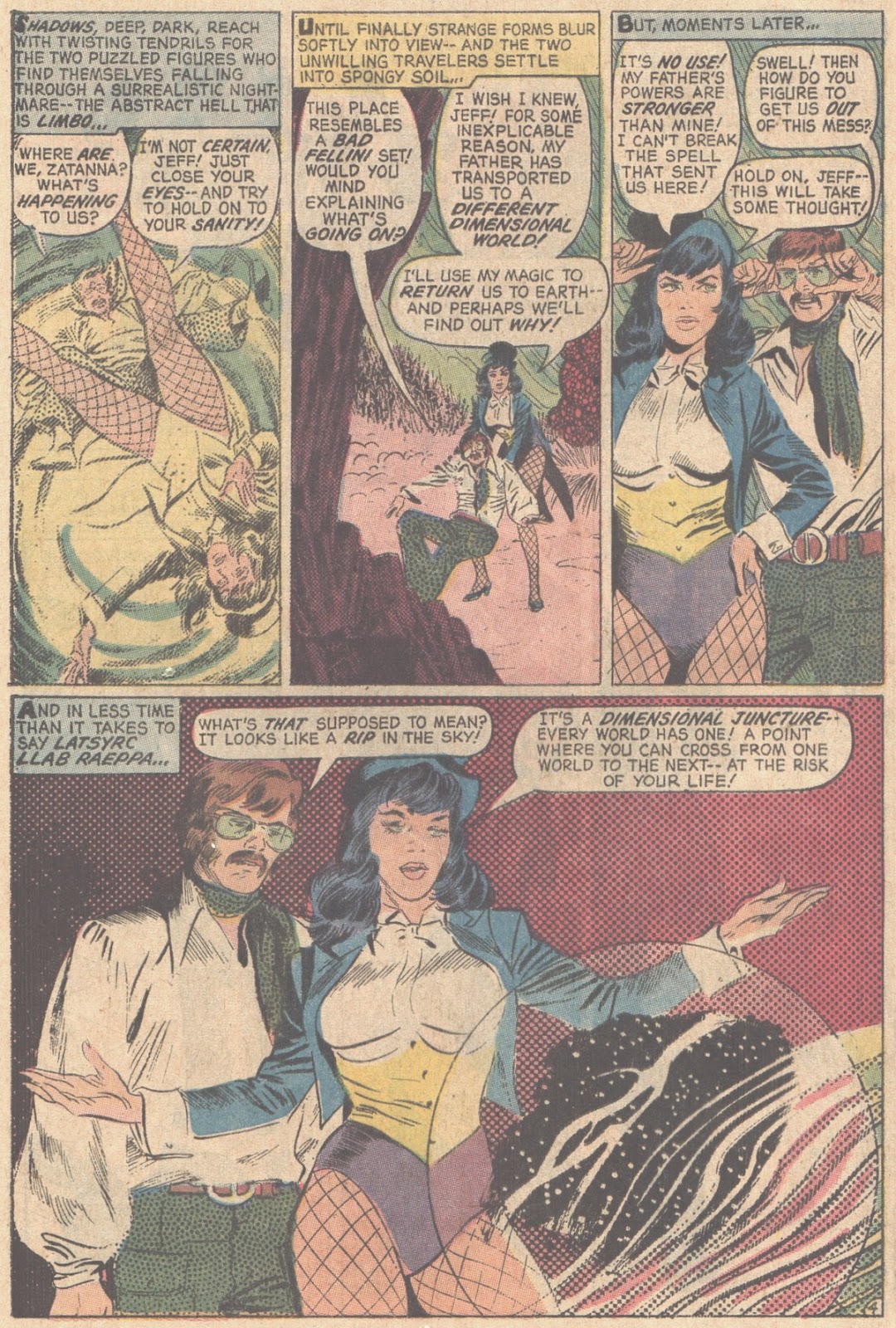 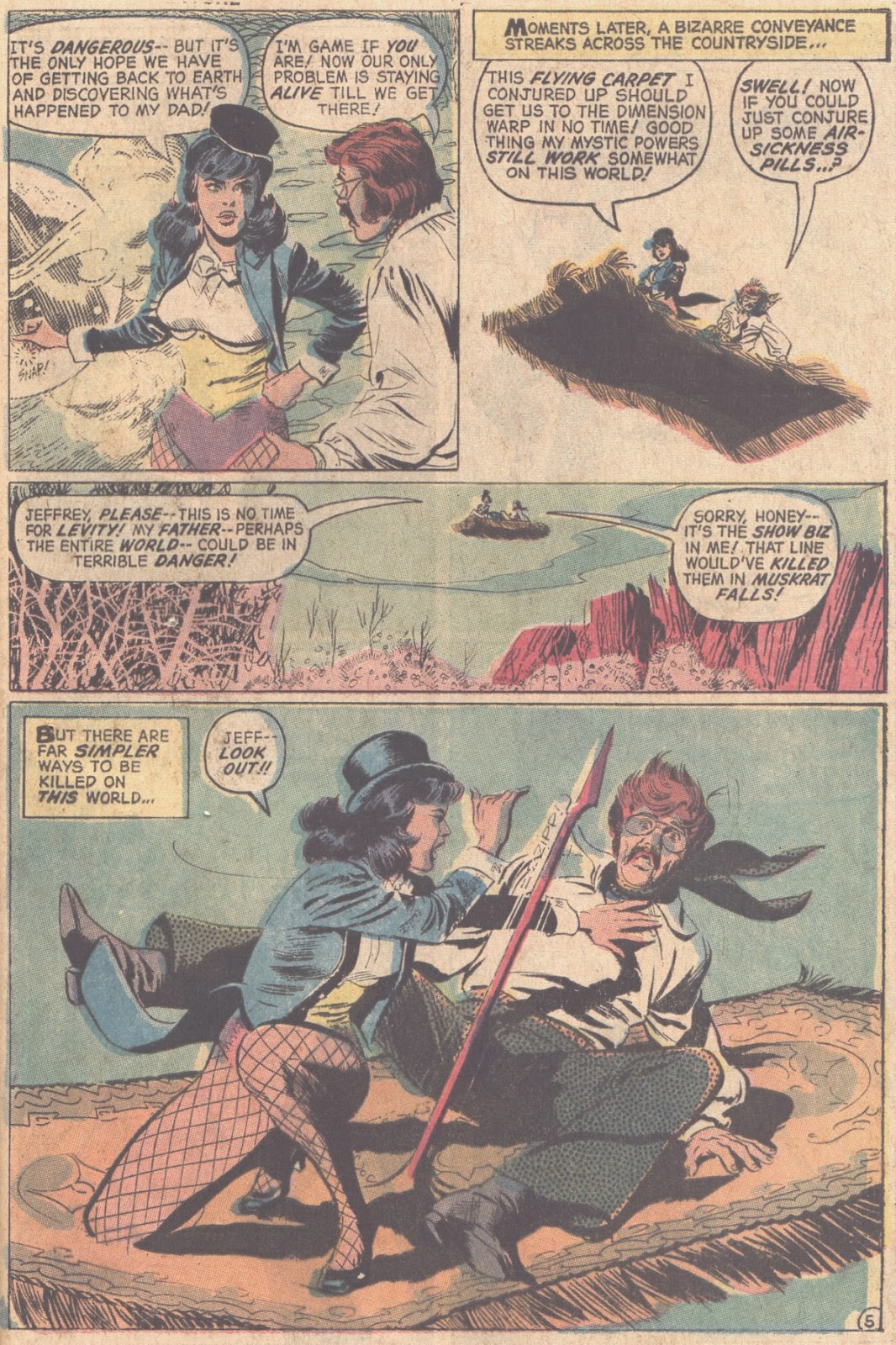 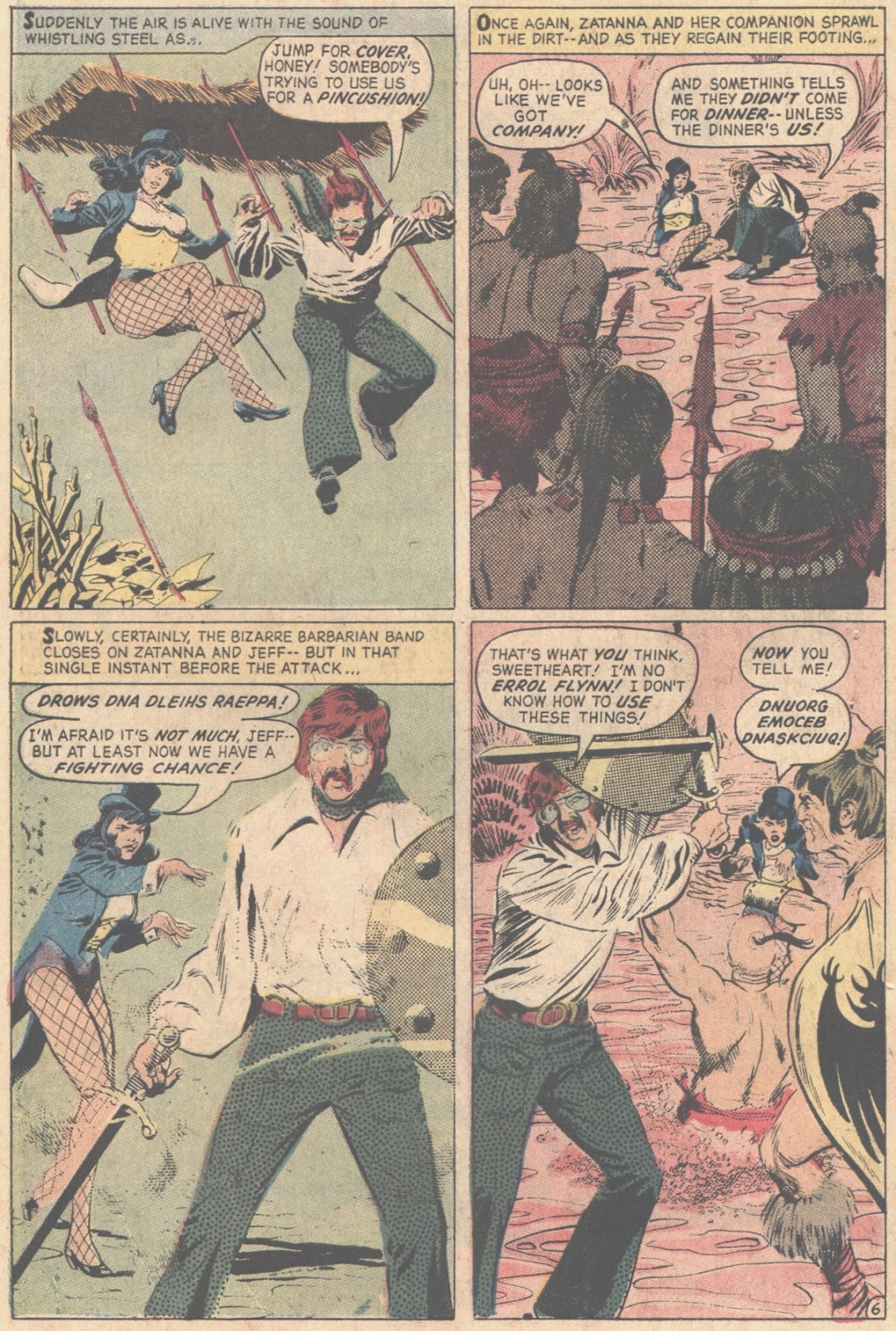 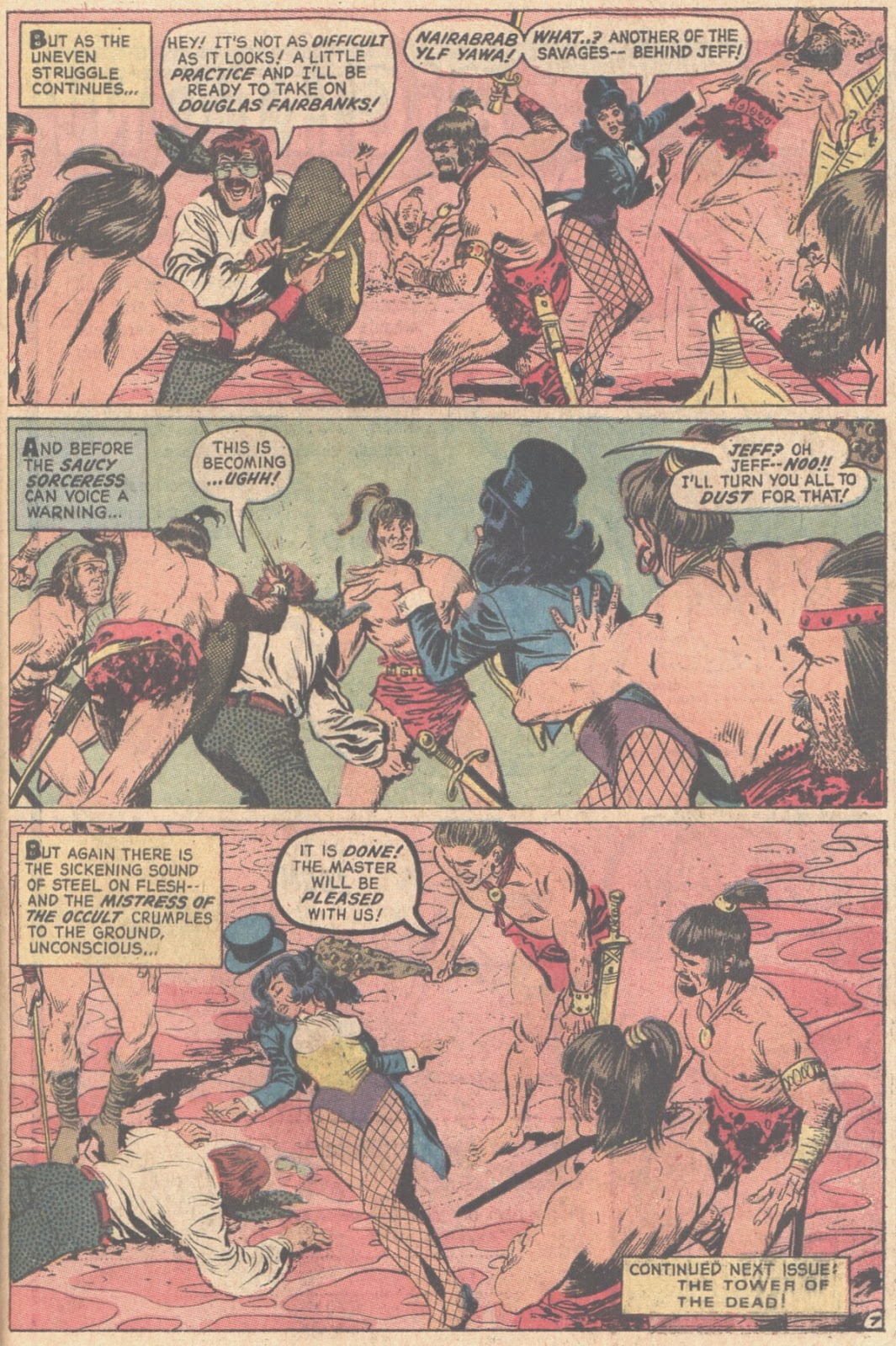 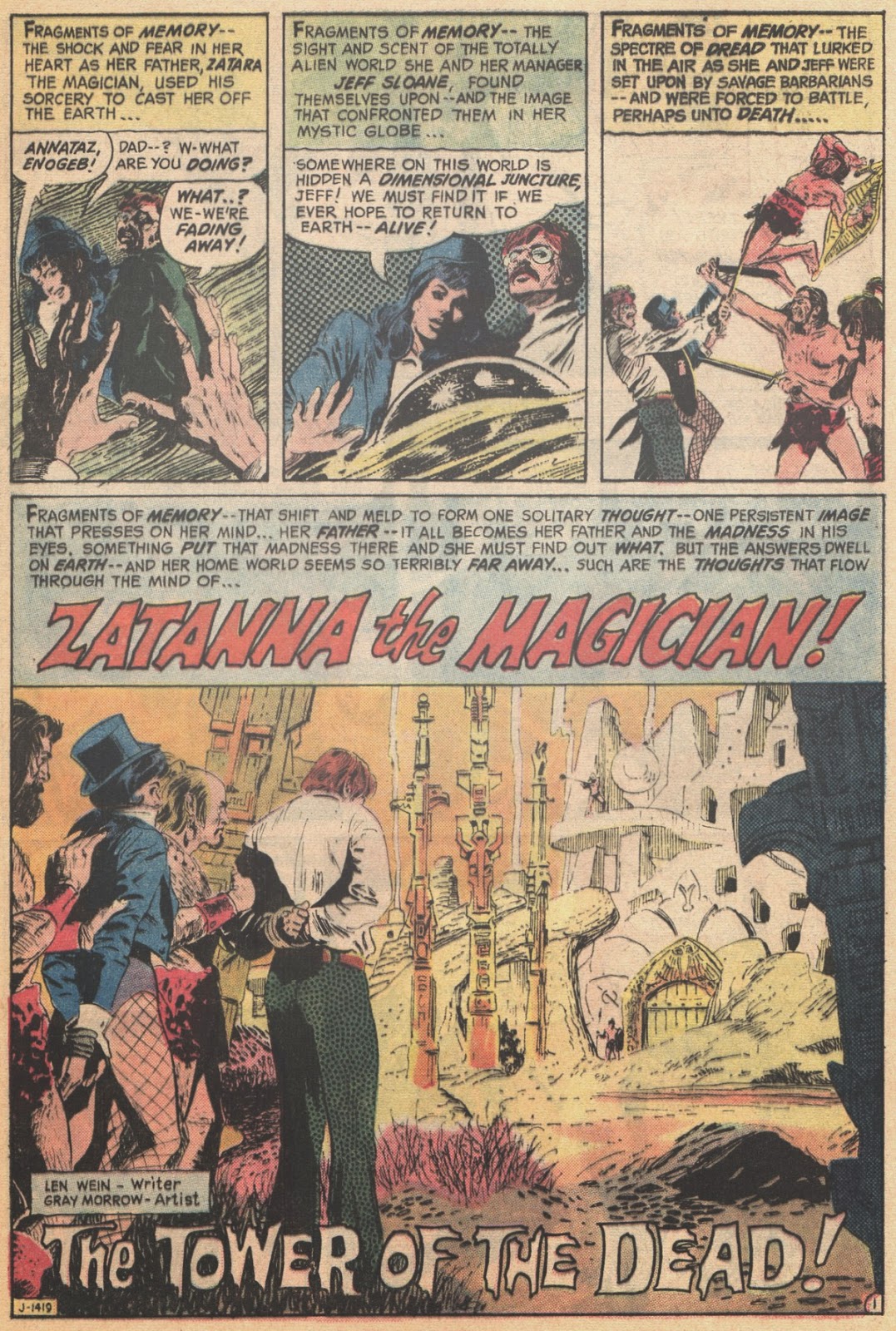 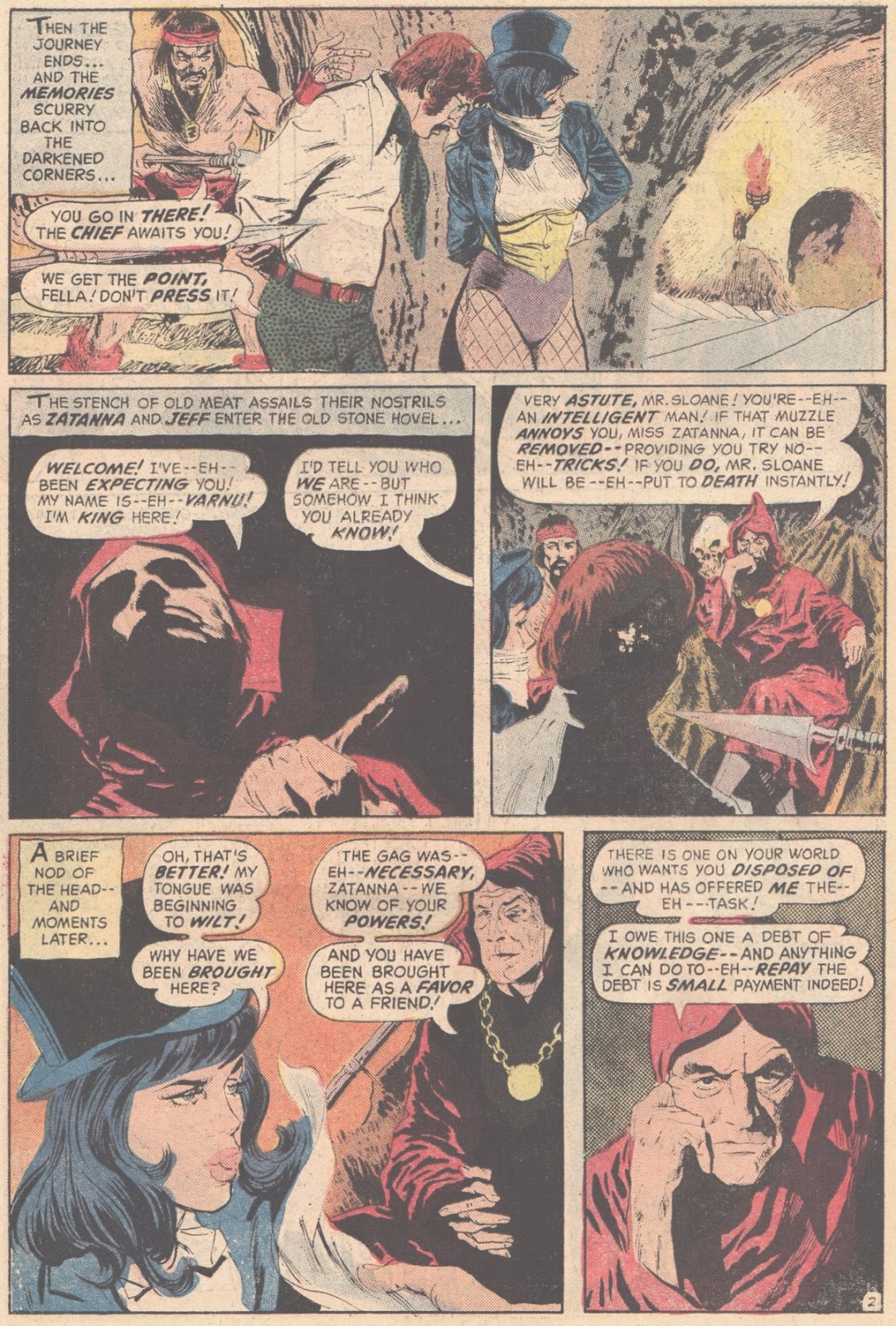 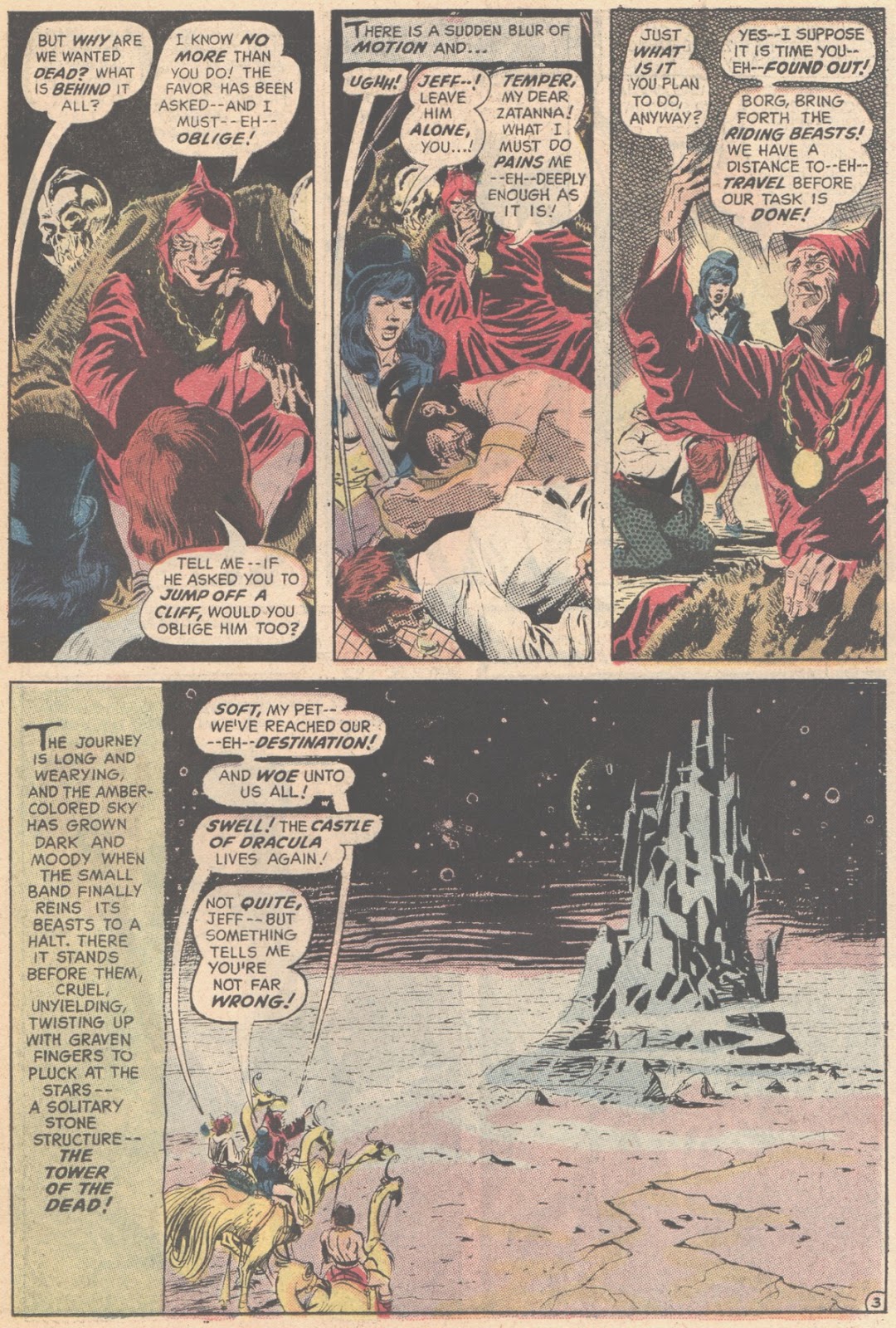 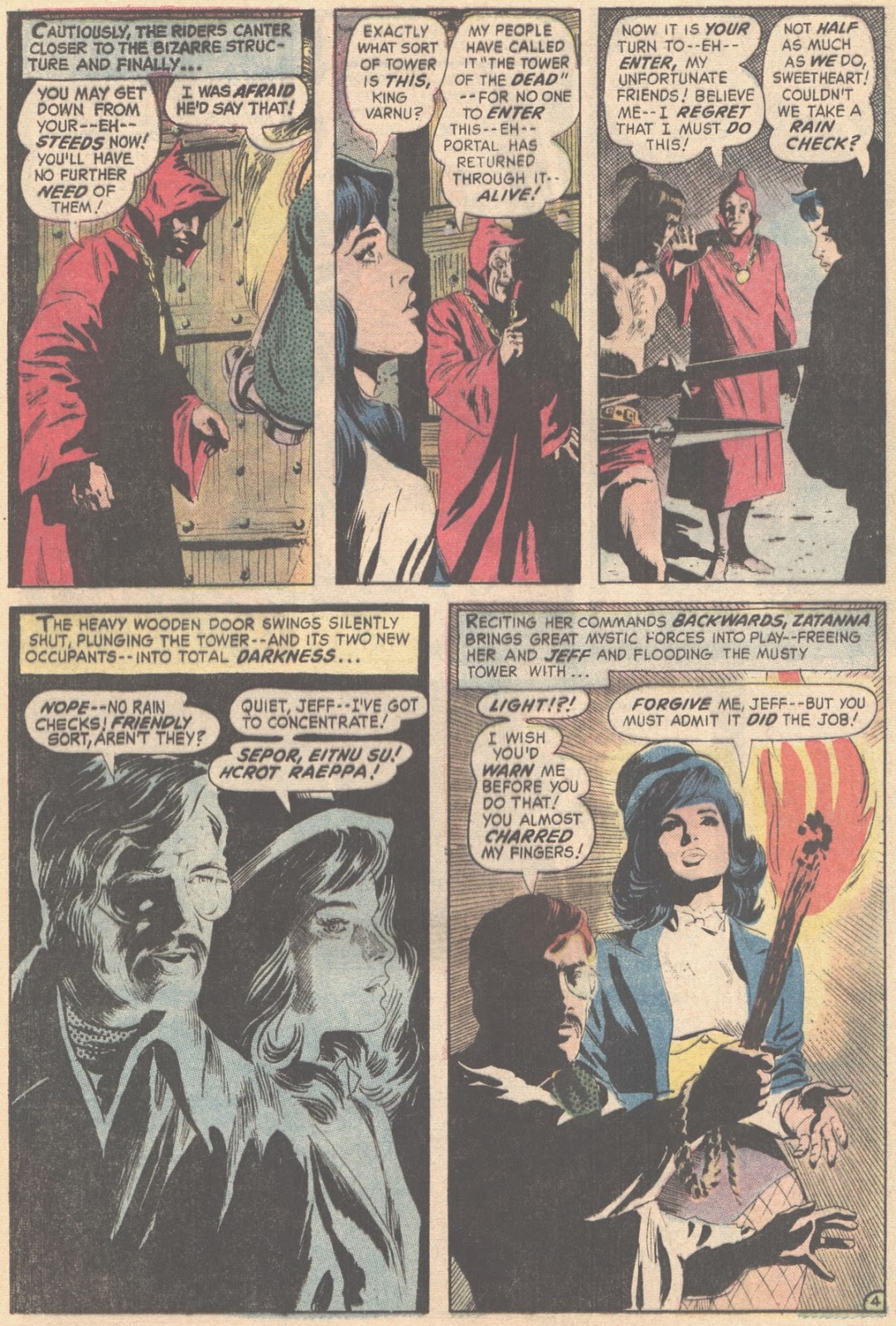 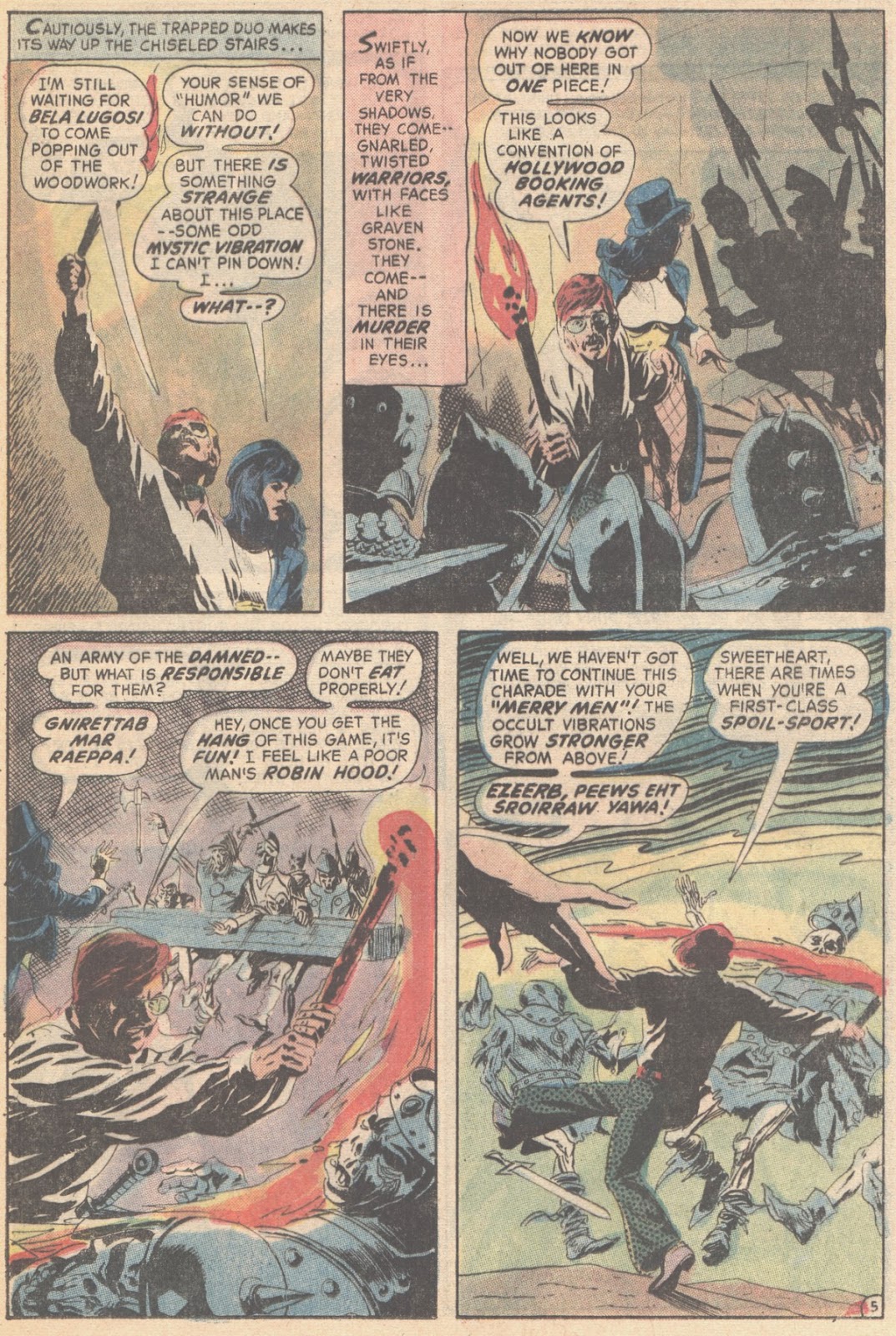 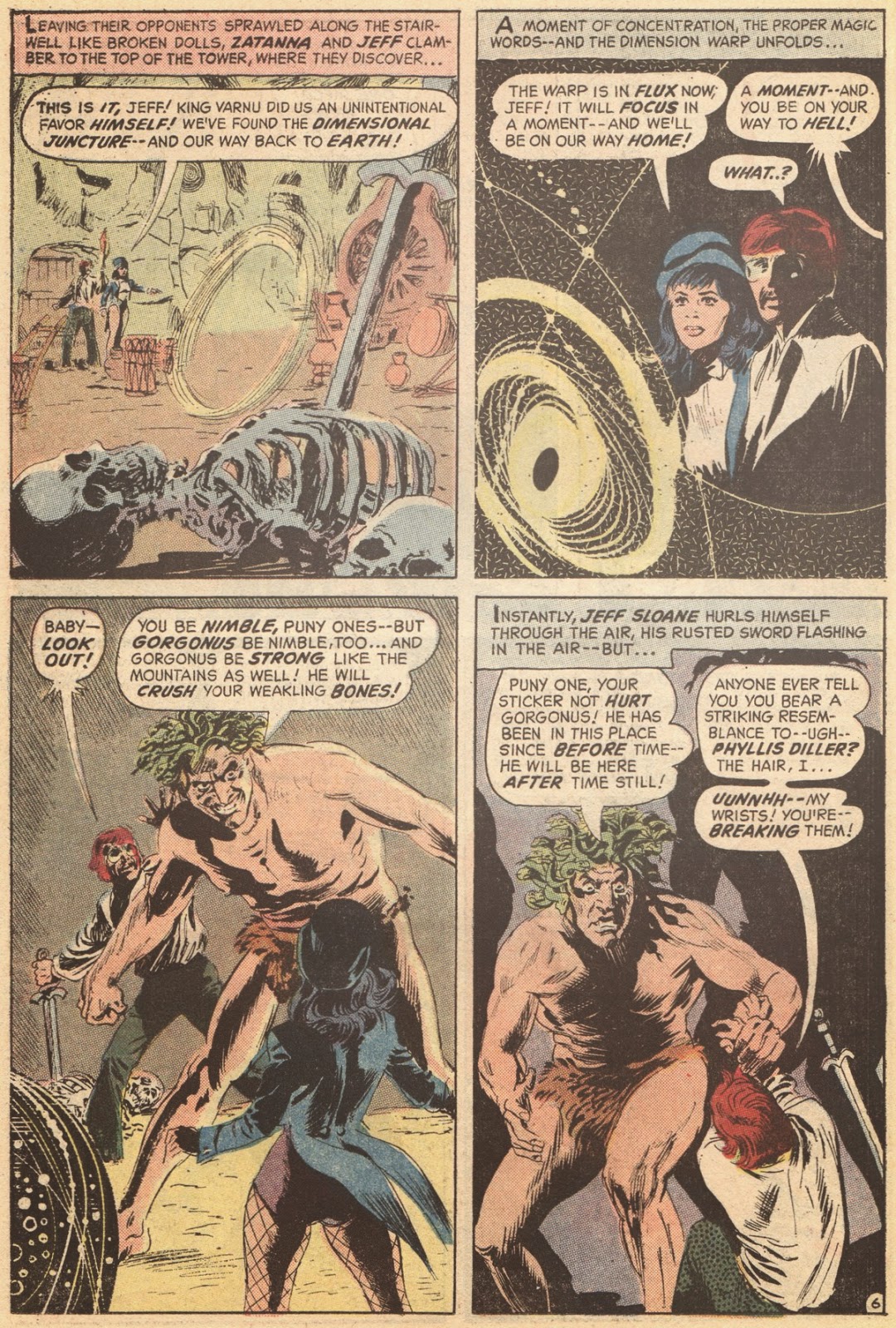 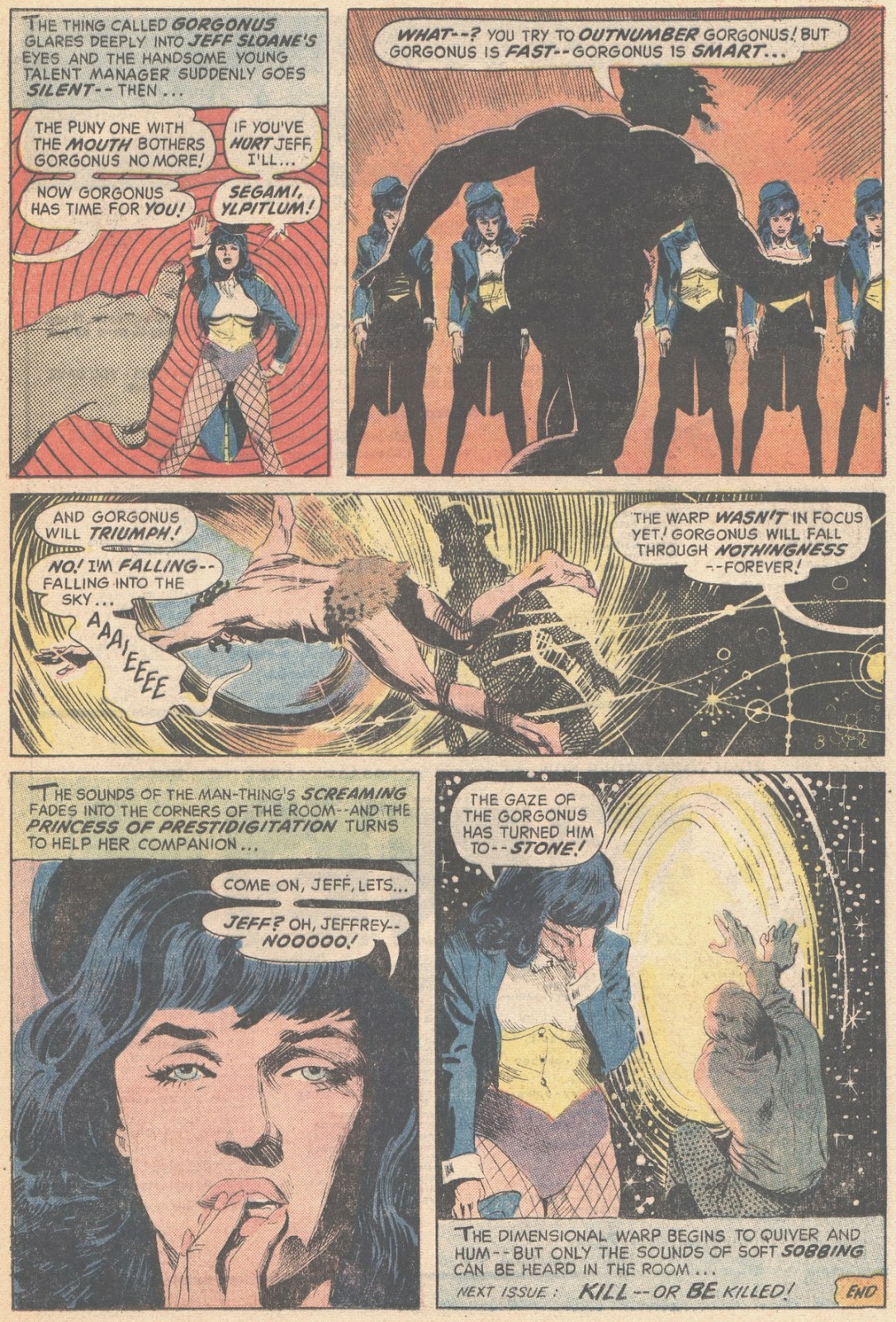 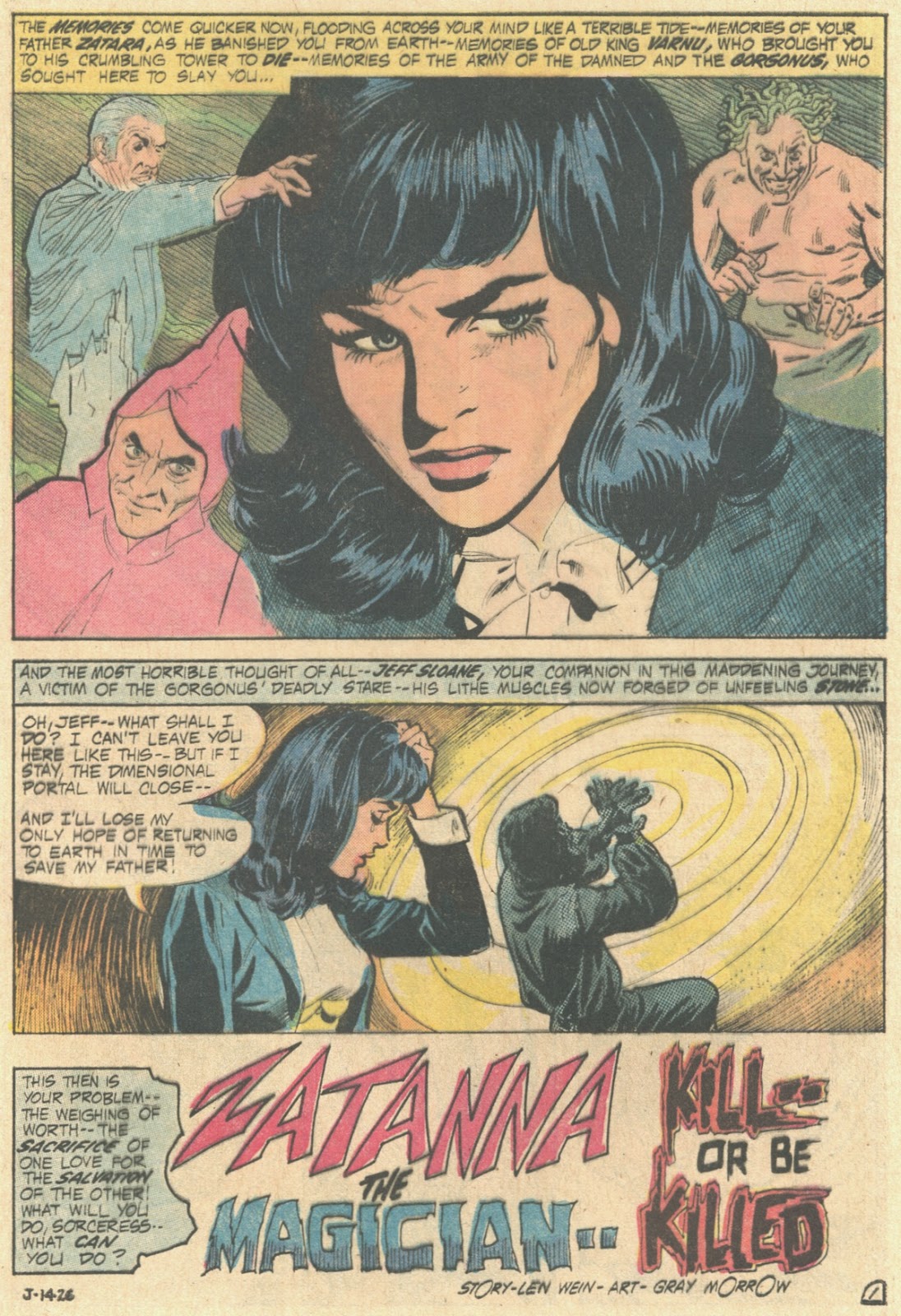 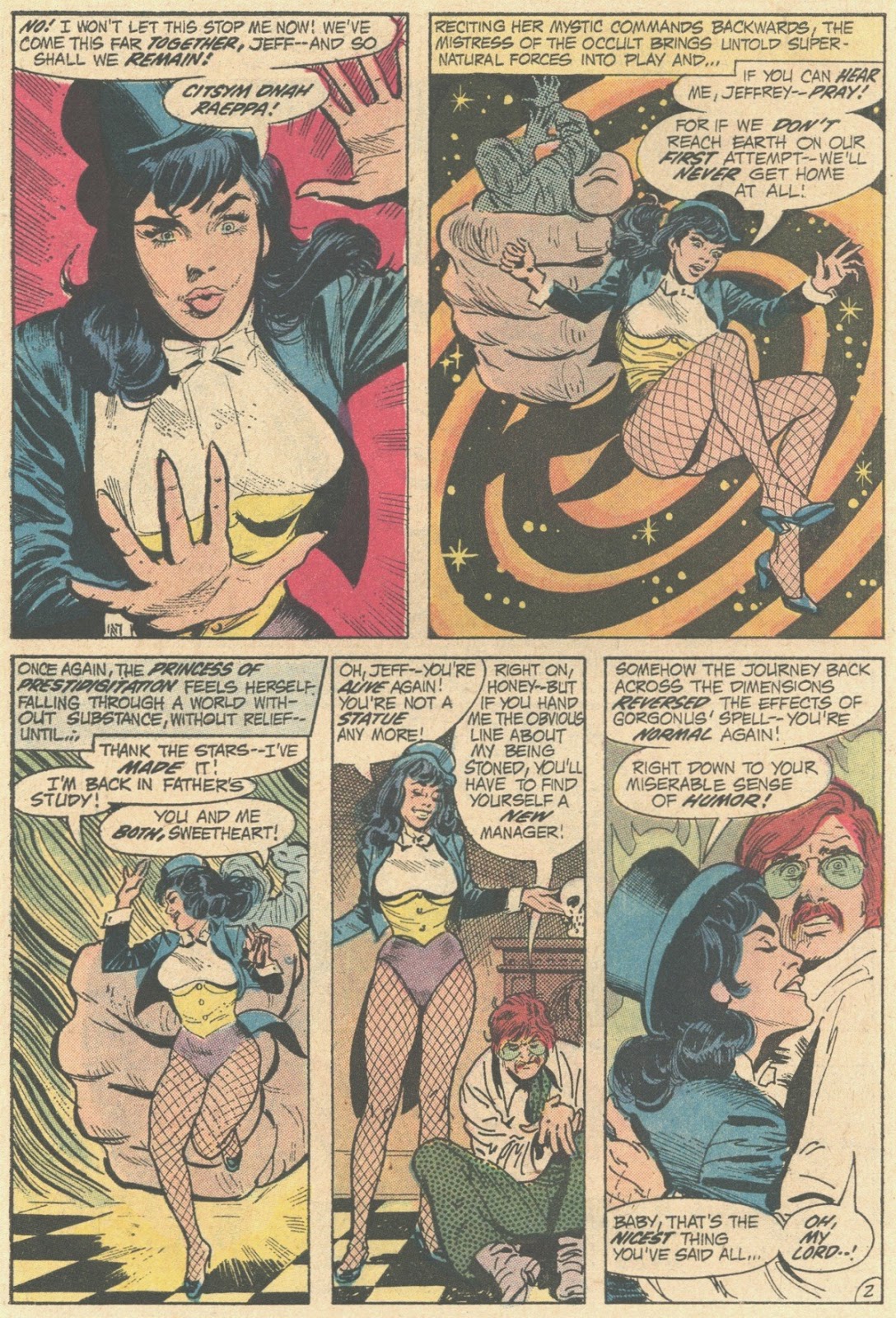 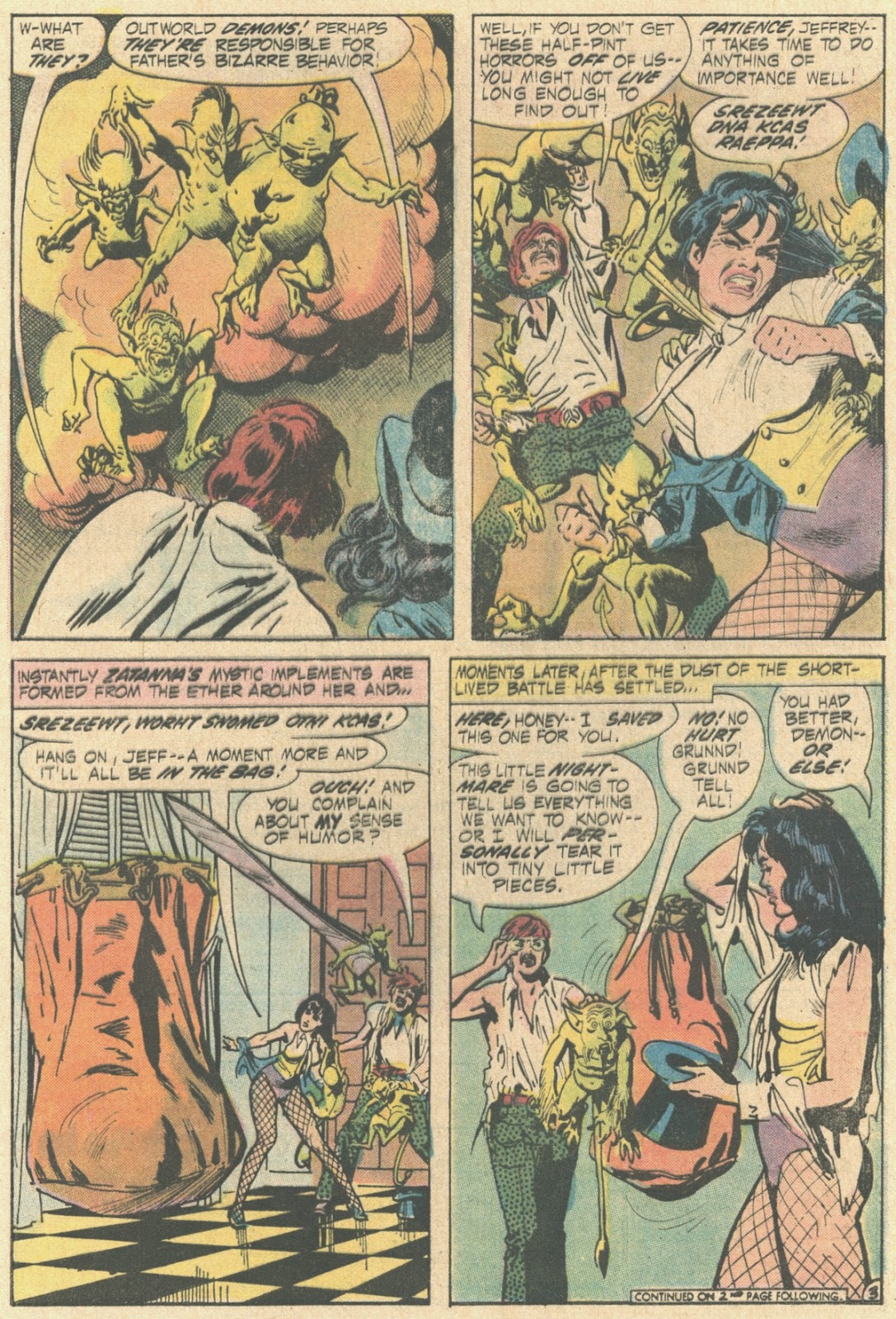 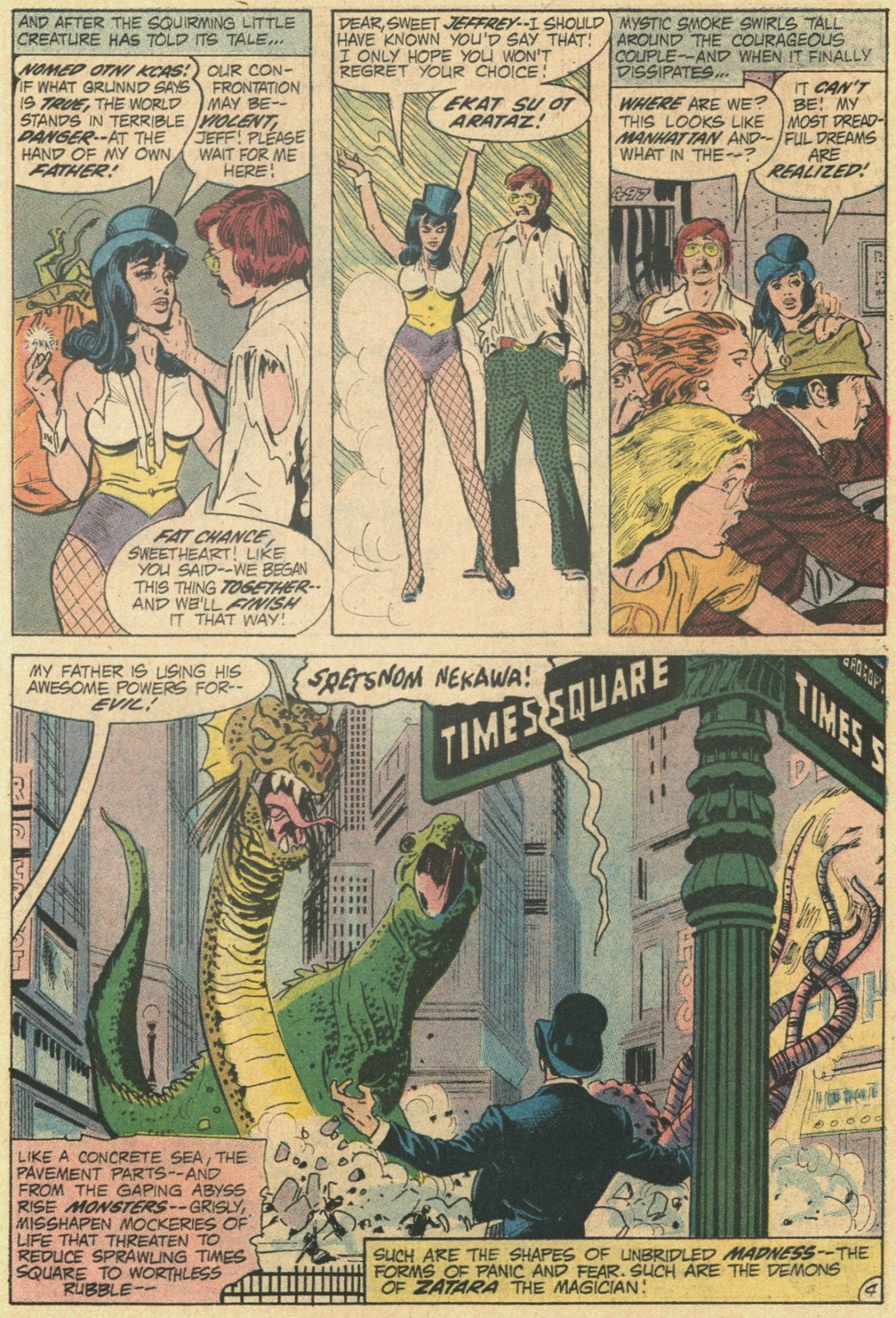 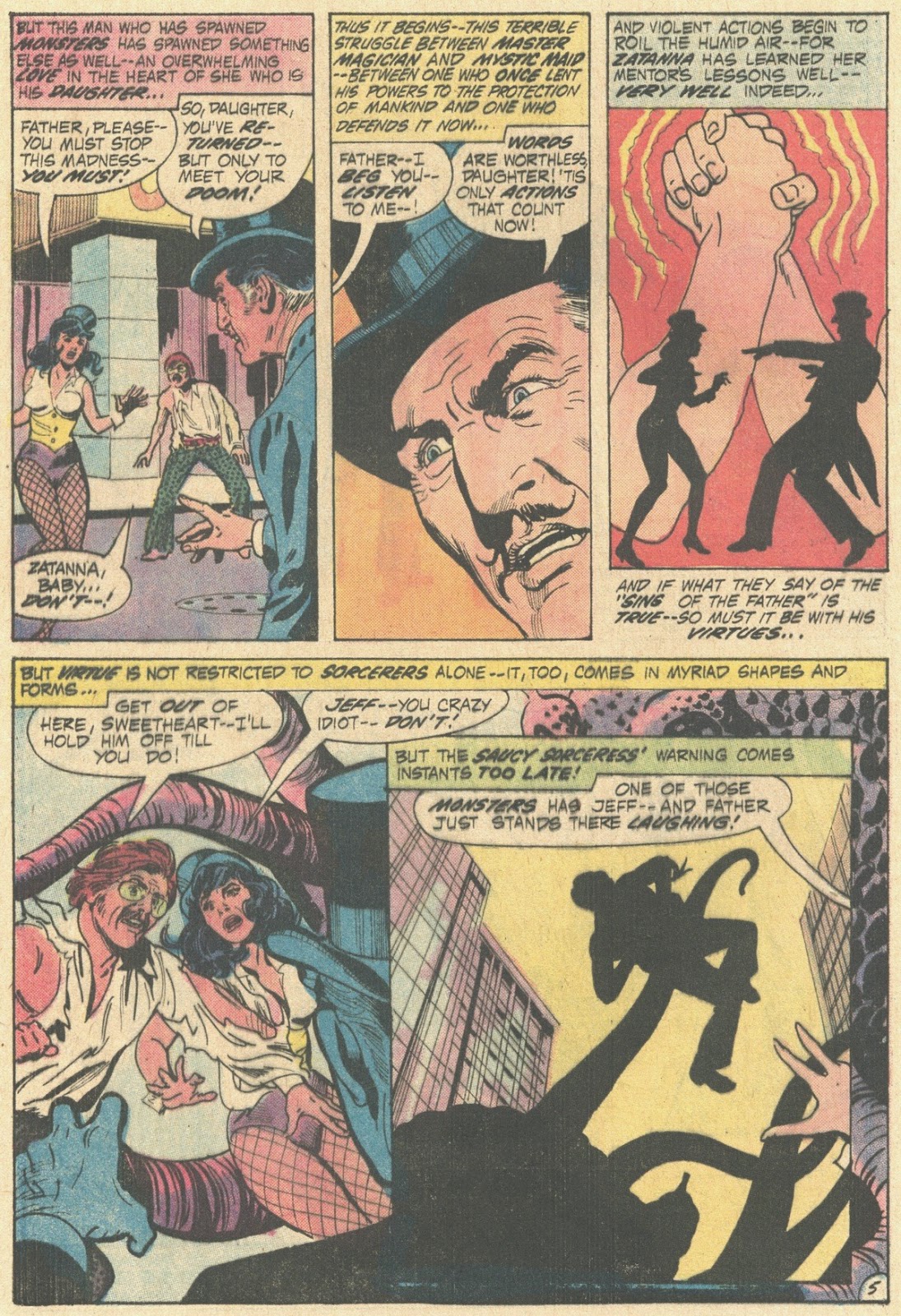 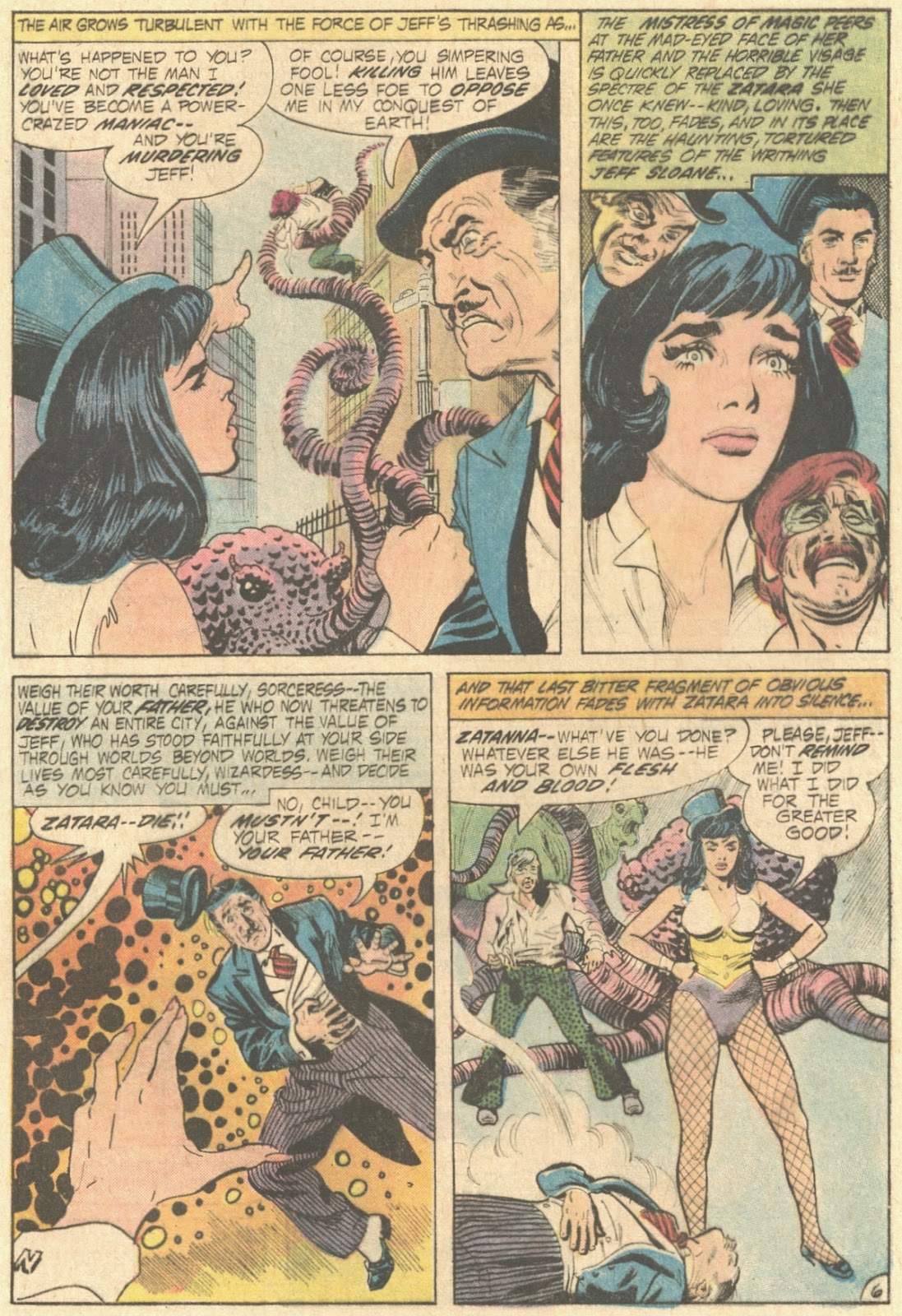 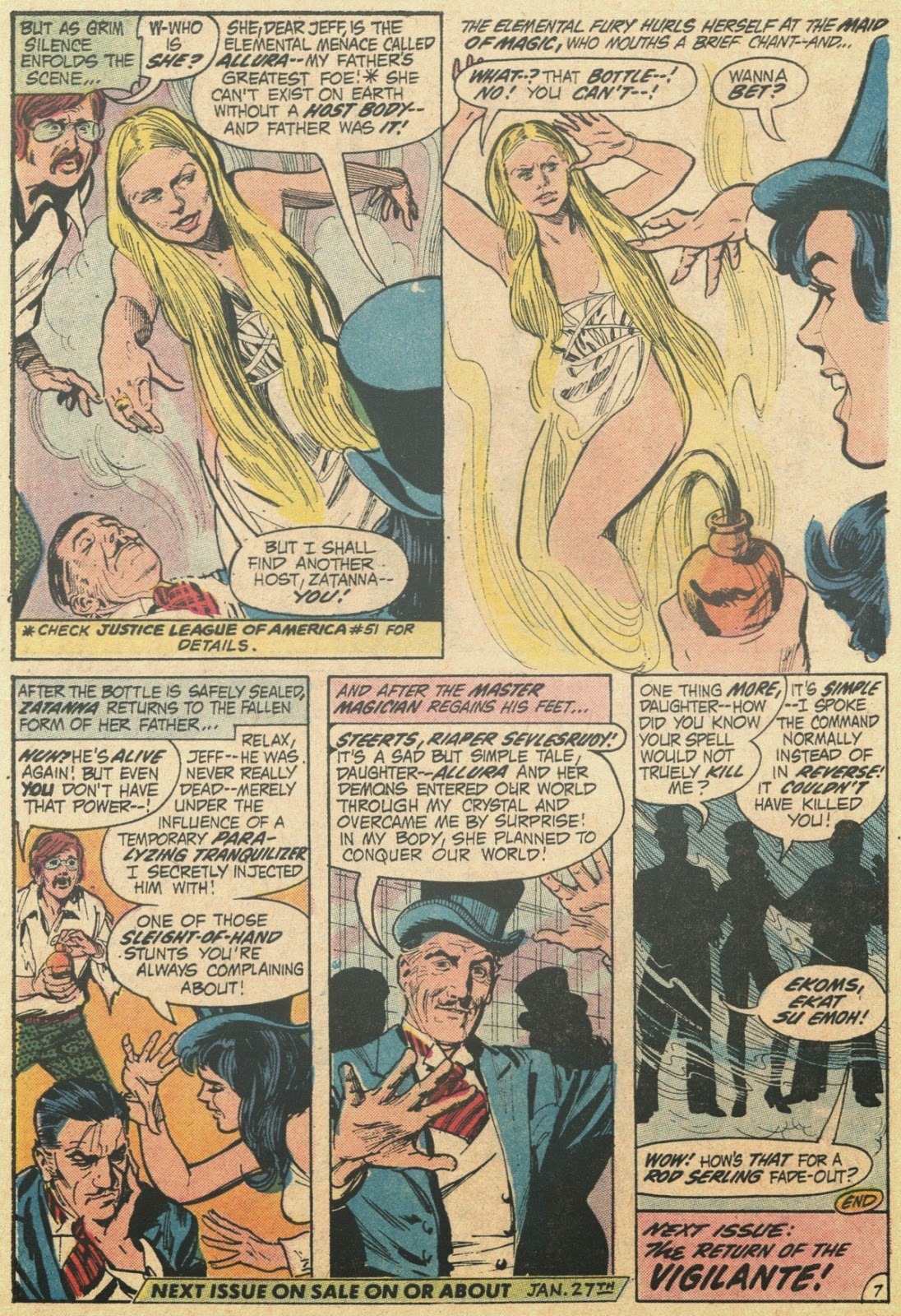