Wulf The Barbarian: The Beast Of Famine 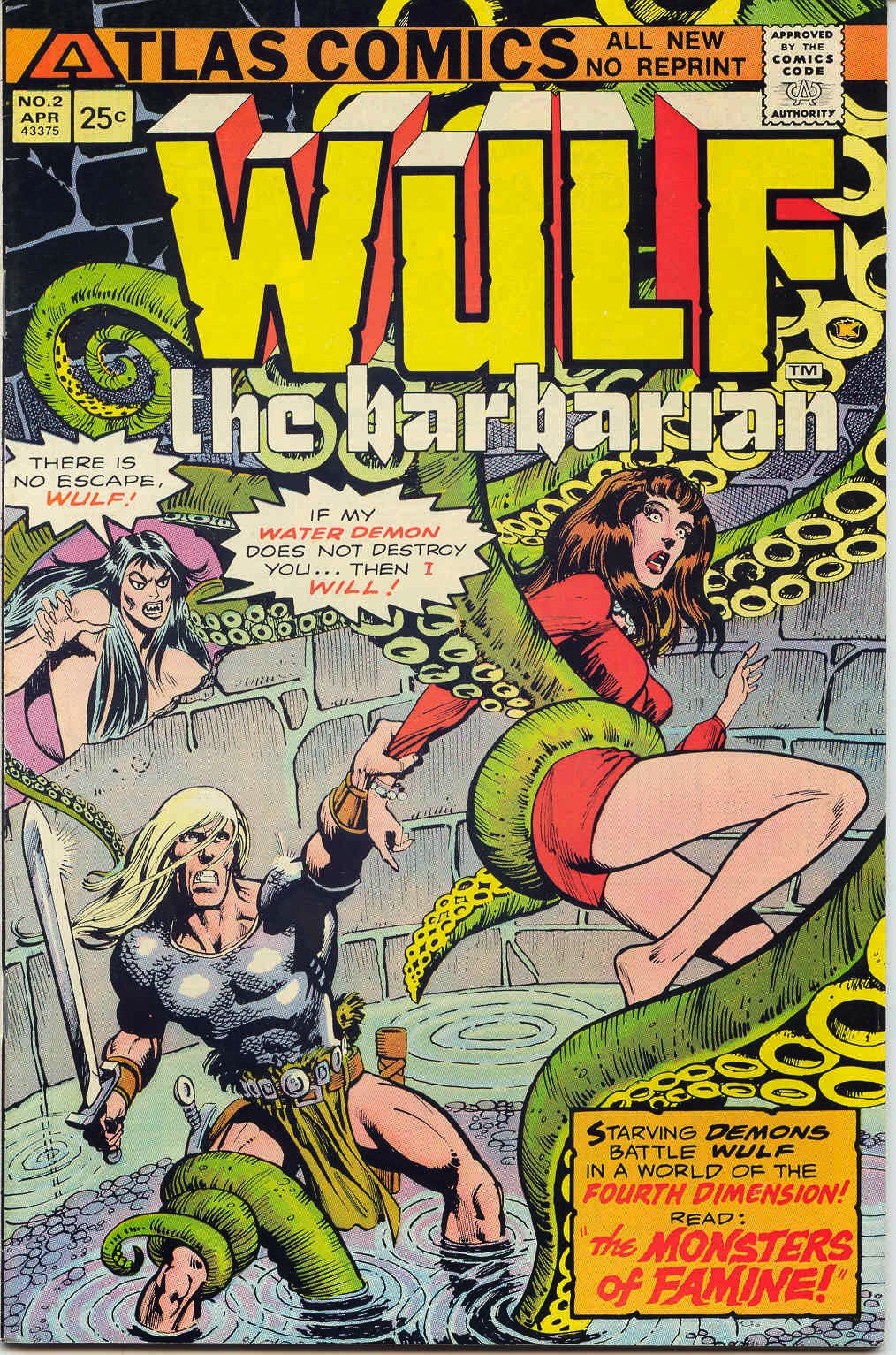 Here's the second, and last great, issue of Wulf The Barbarian, before it all went belly up for Wulf in general and Atlas Comics in particular. It's a rollicking good Arabian Nights style adventure wherein the blond battler gets himself some new pals, including Grey Mouser like thief / sidekick Rymnstrdle.
As you can see from the hacked together cover, this is one of those Diverse Hands / Crusty Bunkers pieces where everybody and his uncle helped out to meet a deadline. As well as creator Larry Hama, and regular inker Klaus Janson, you also get Neal Adams, Ralph Reese, Bob McCleod, Pat Broderick, Vincente Alcazar, Paul Kirshner & Jack Abel all pitching in. Larry credits Wally Wood too, but I don't spot him in there, so maybe this issue was done in his studio?
Anyway, this is a great fun romp of a comic, with Wulf slightly deviating away from his mission of revenge, which was already getting old halfway through issue #1.
On the basis of The Beast Of Famine, I'll say it again. Wulf The Barbarian could've gone places.
After all, his world was bigger than mortal comprehension, so there were plenty of places for him to go to. 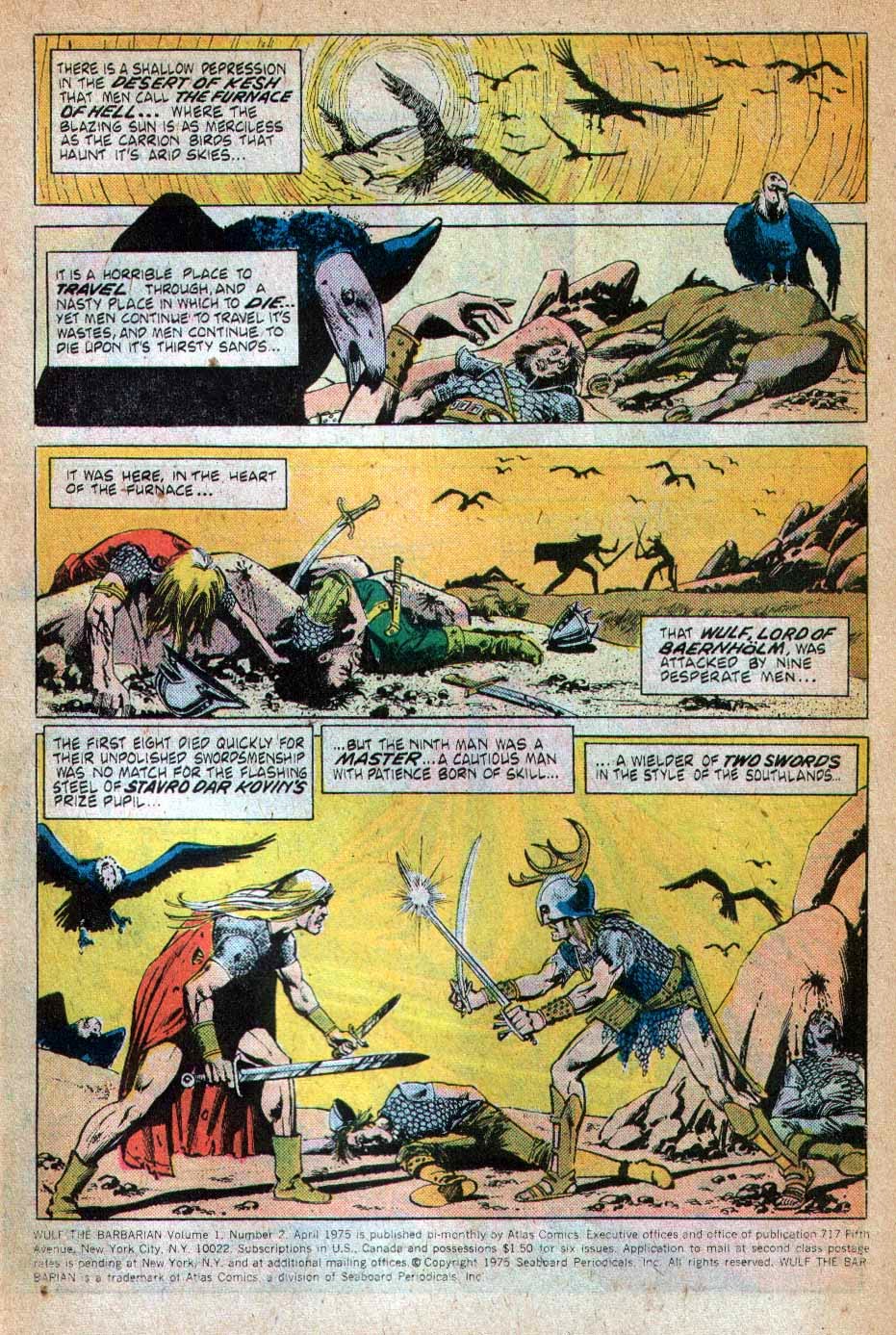 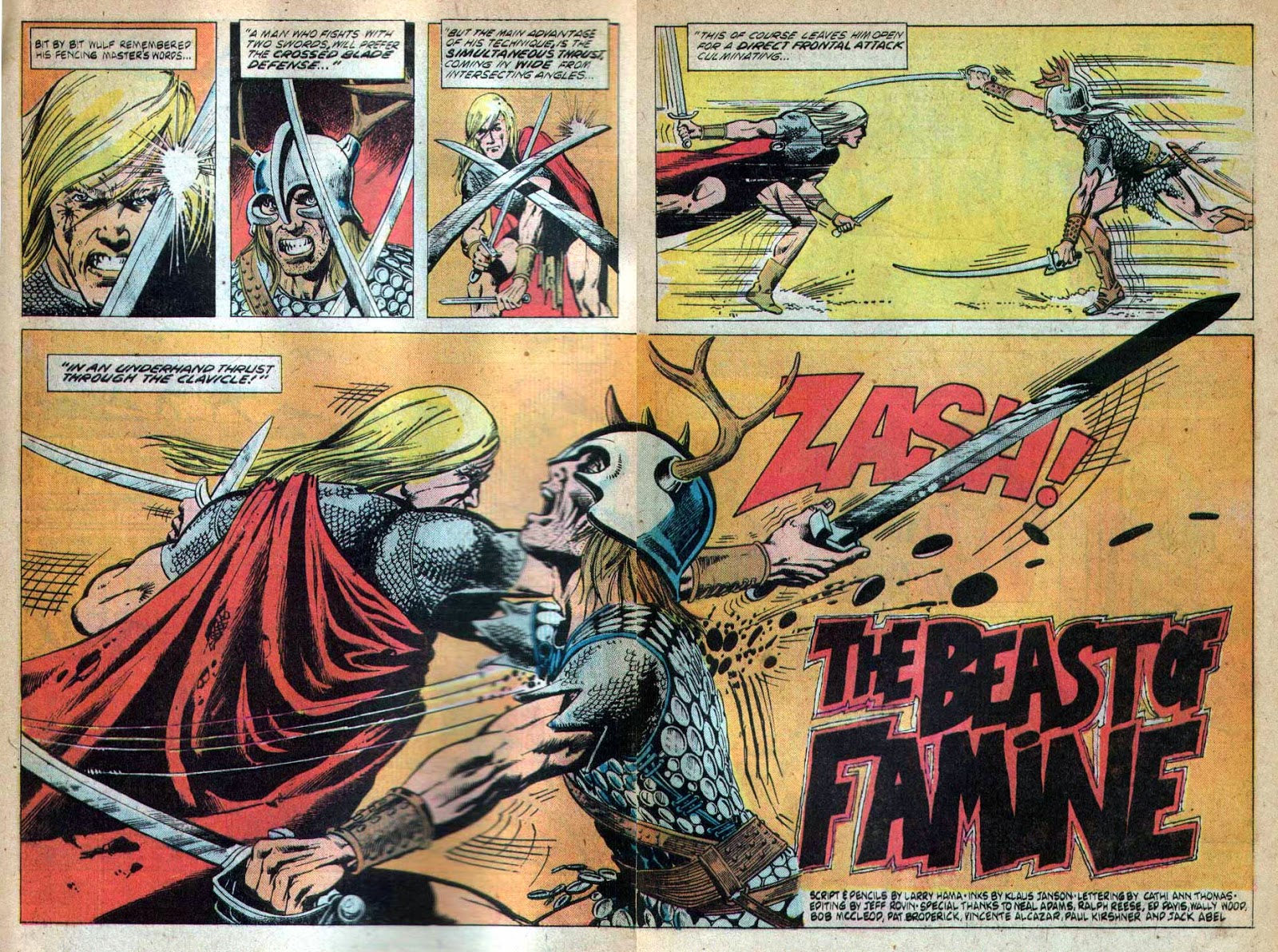 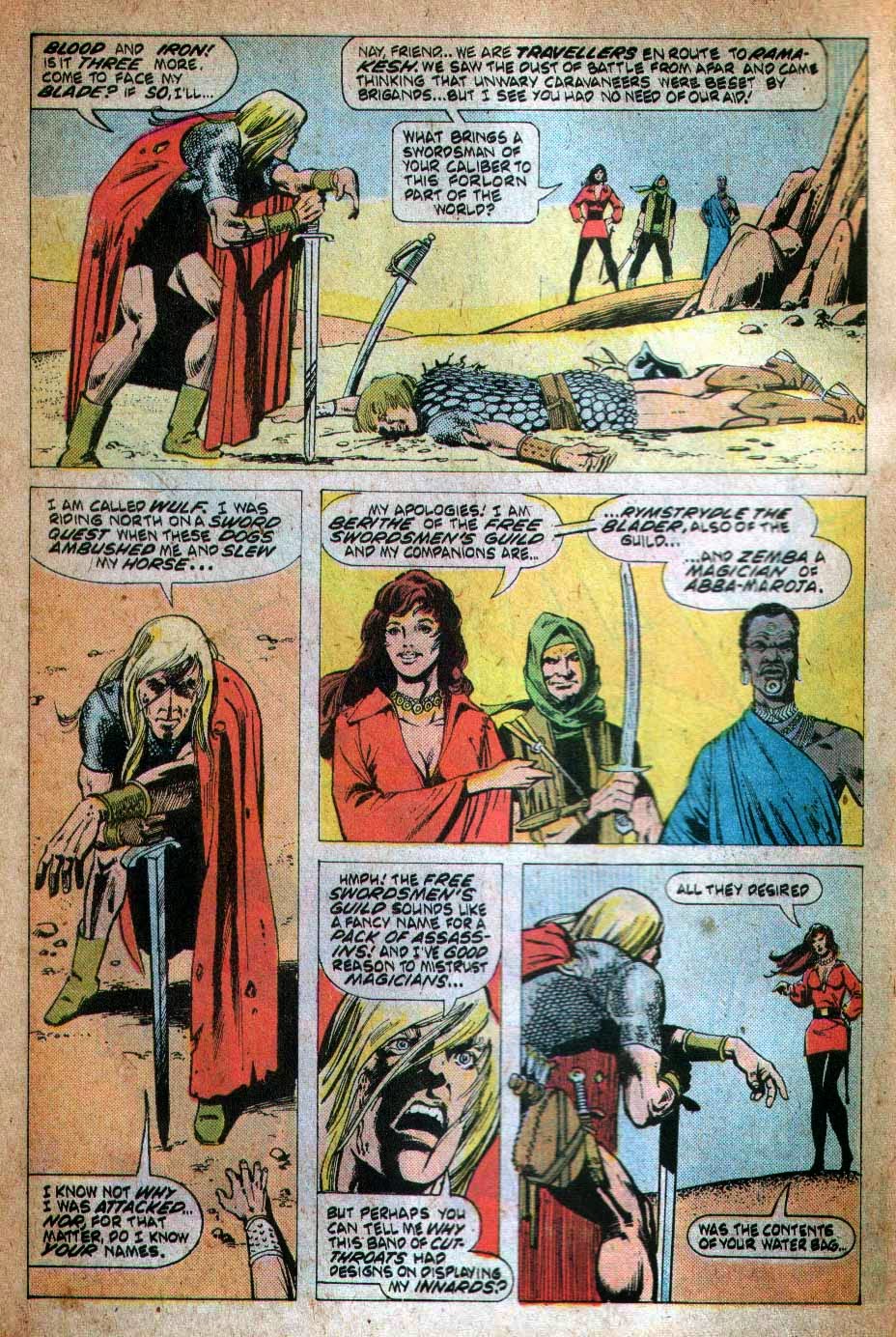 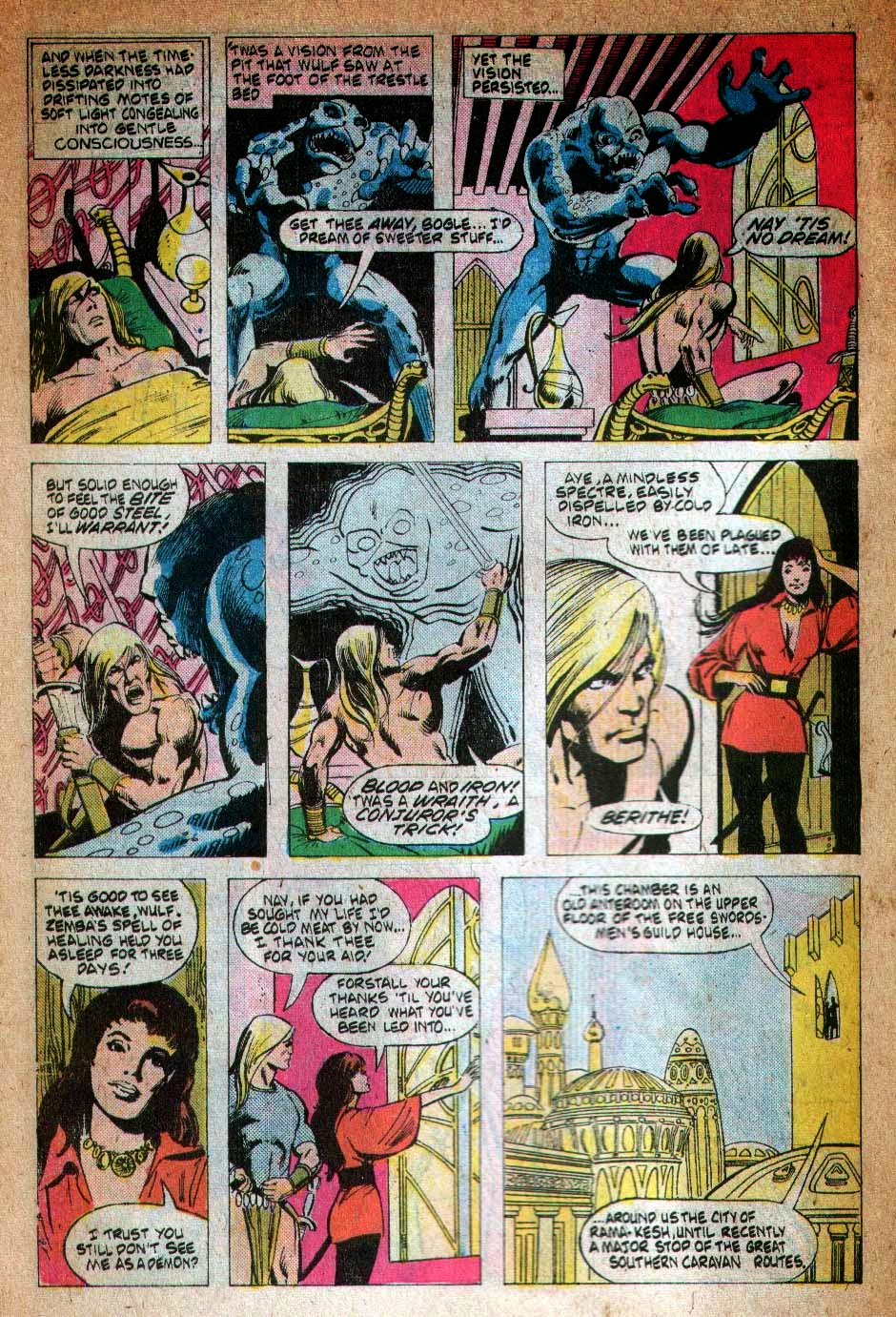 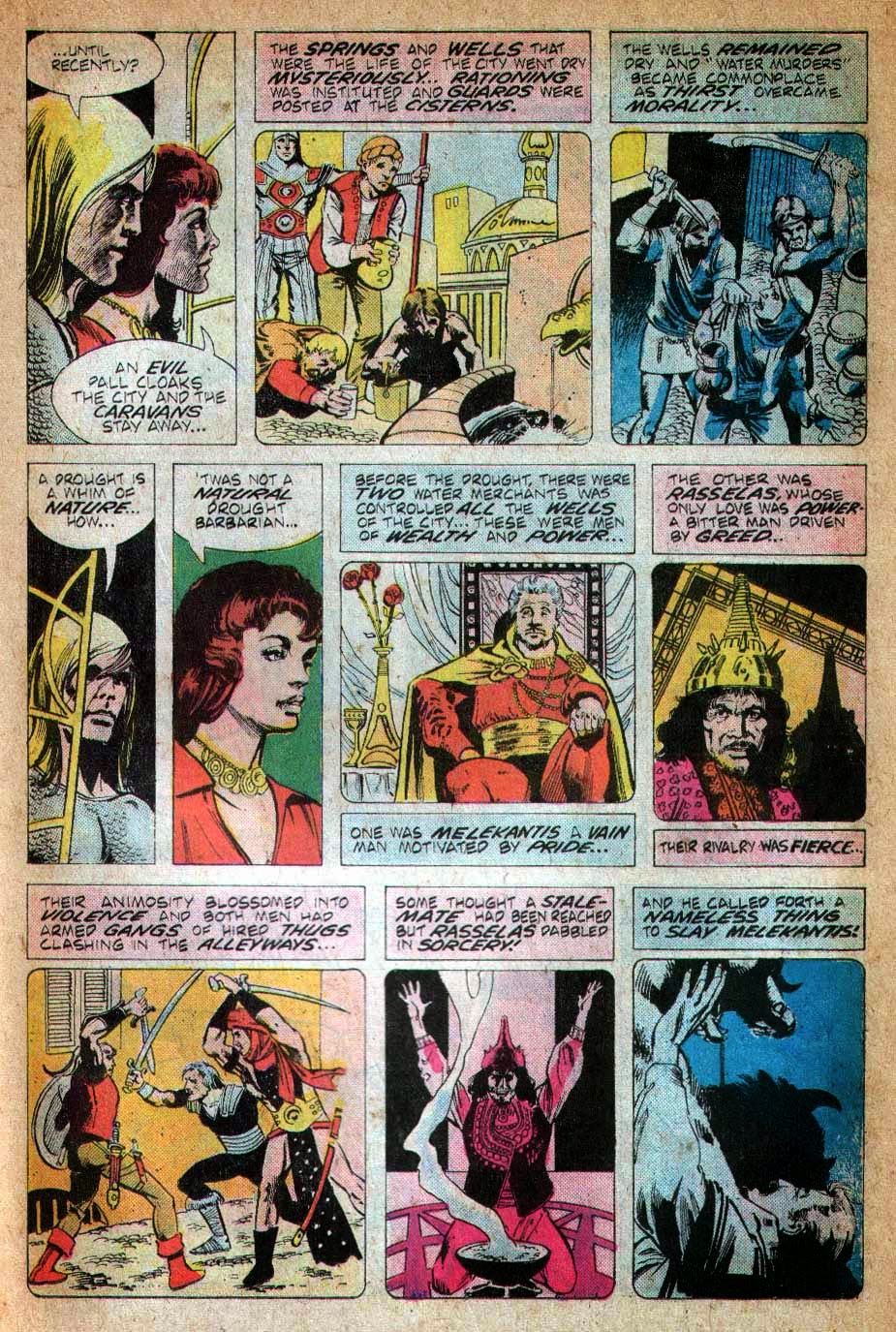 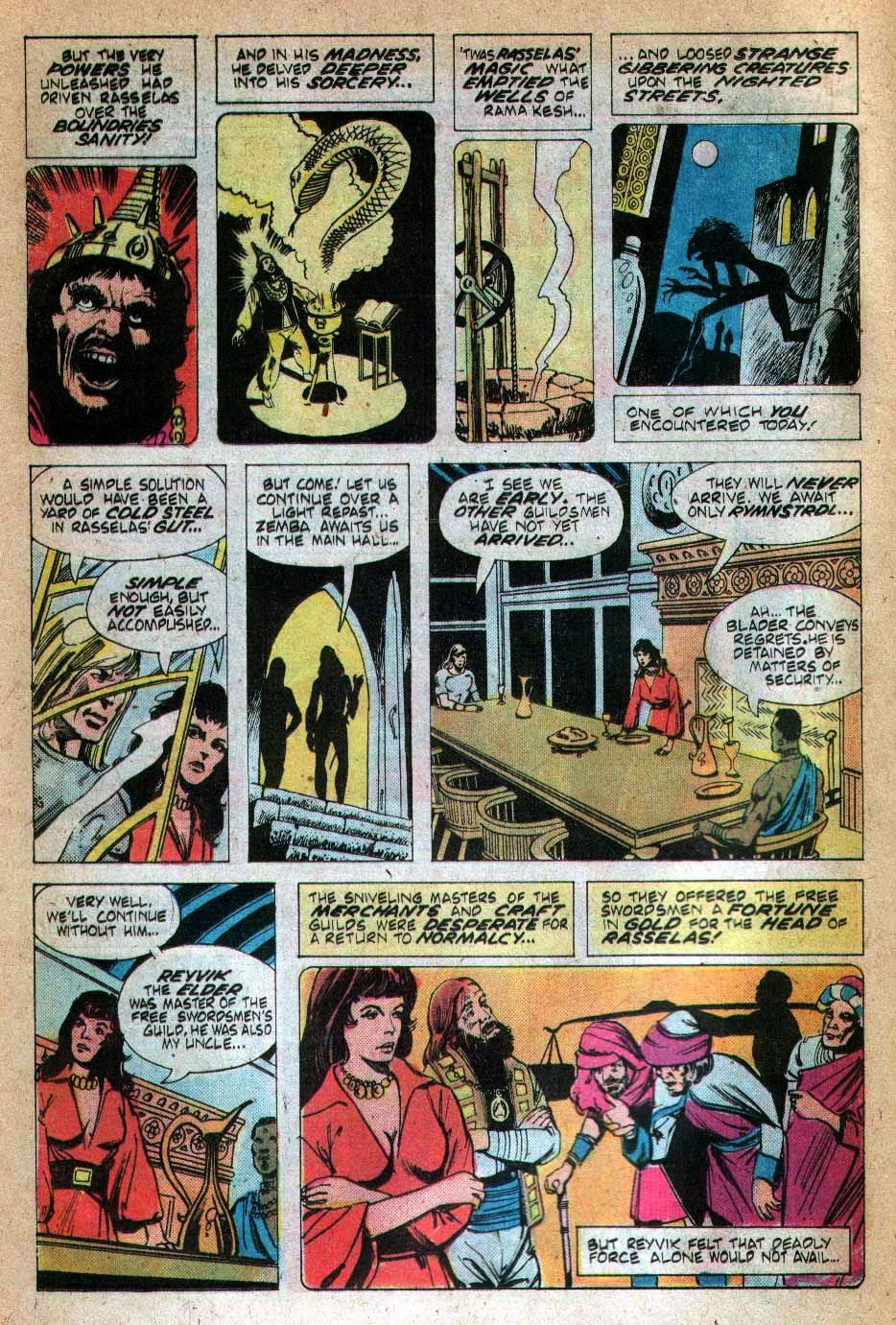 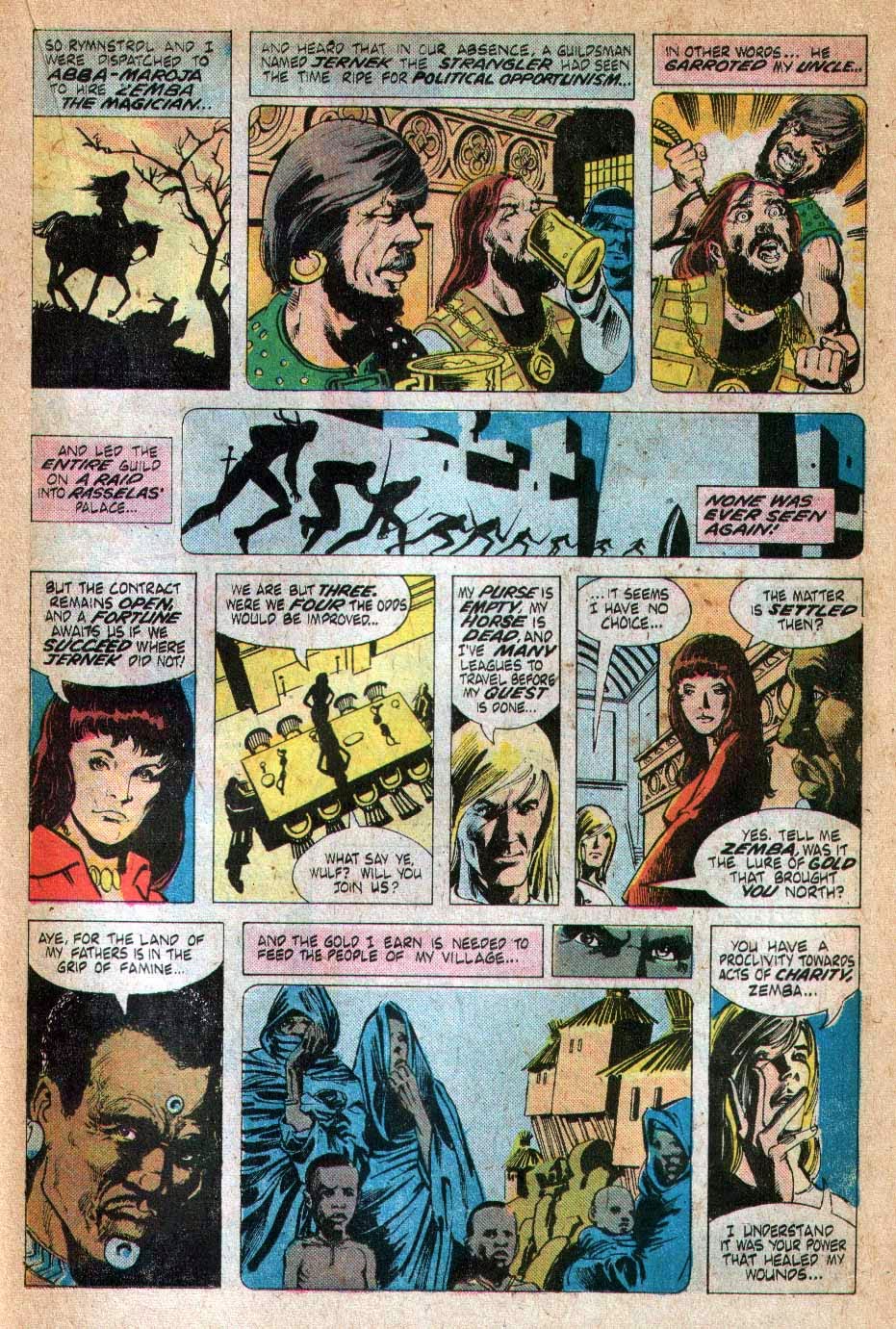 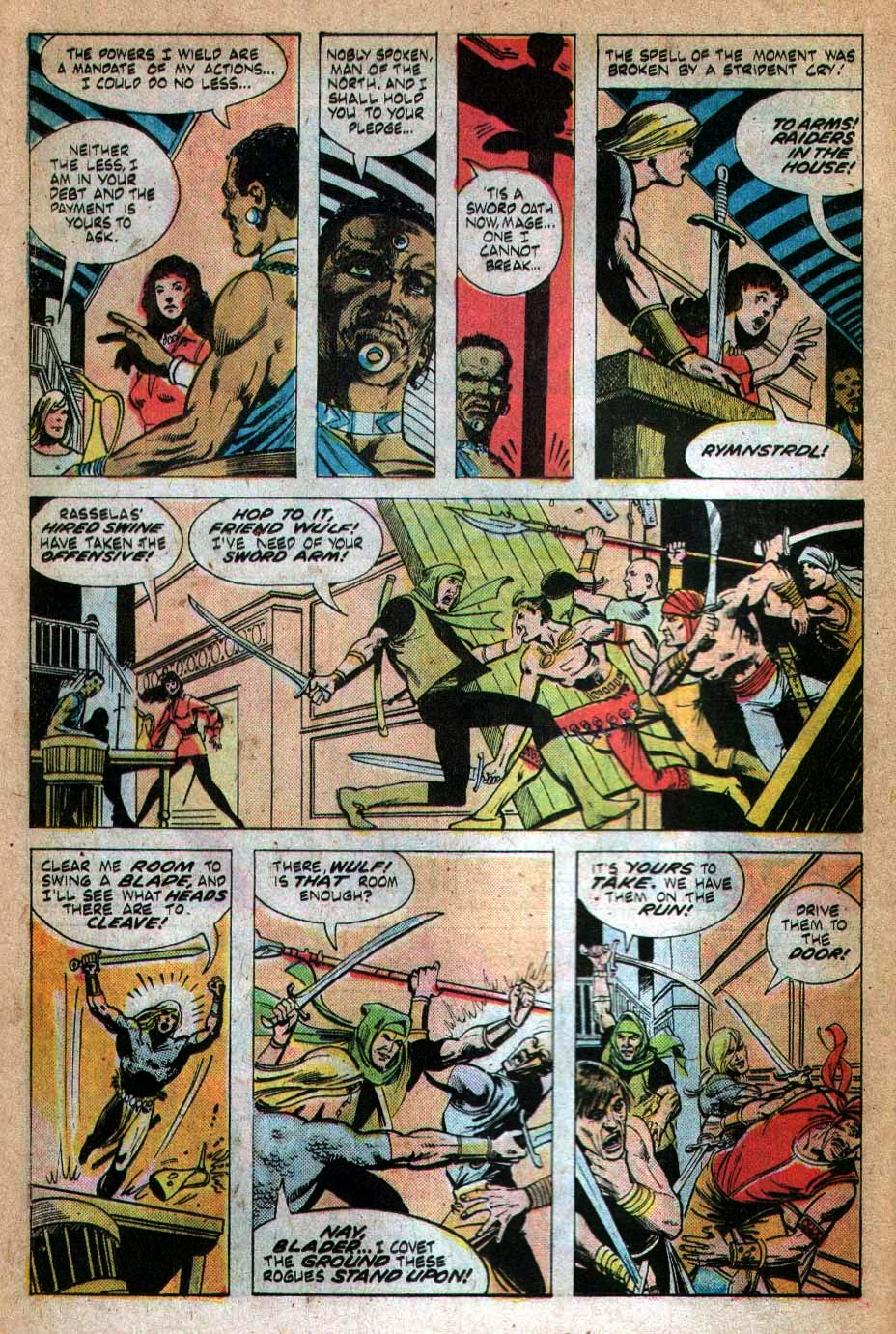 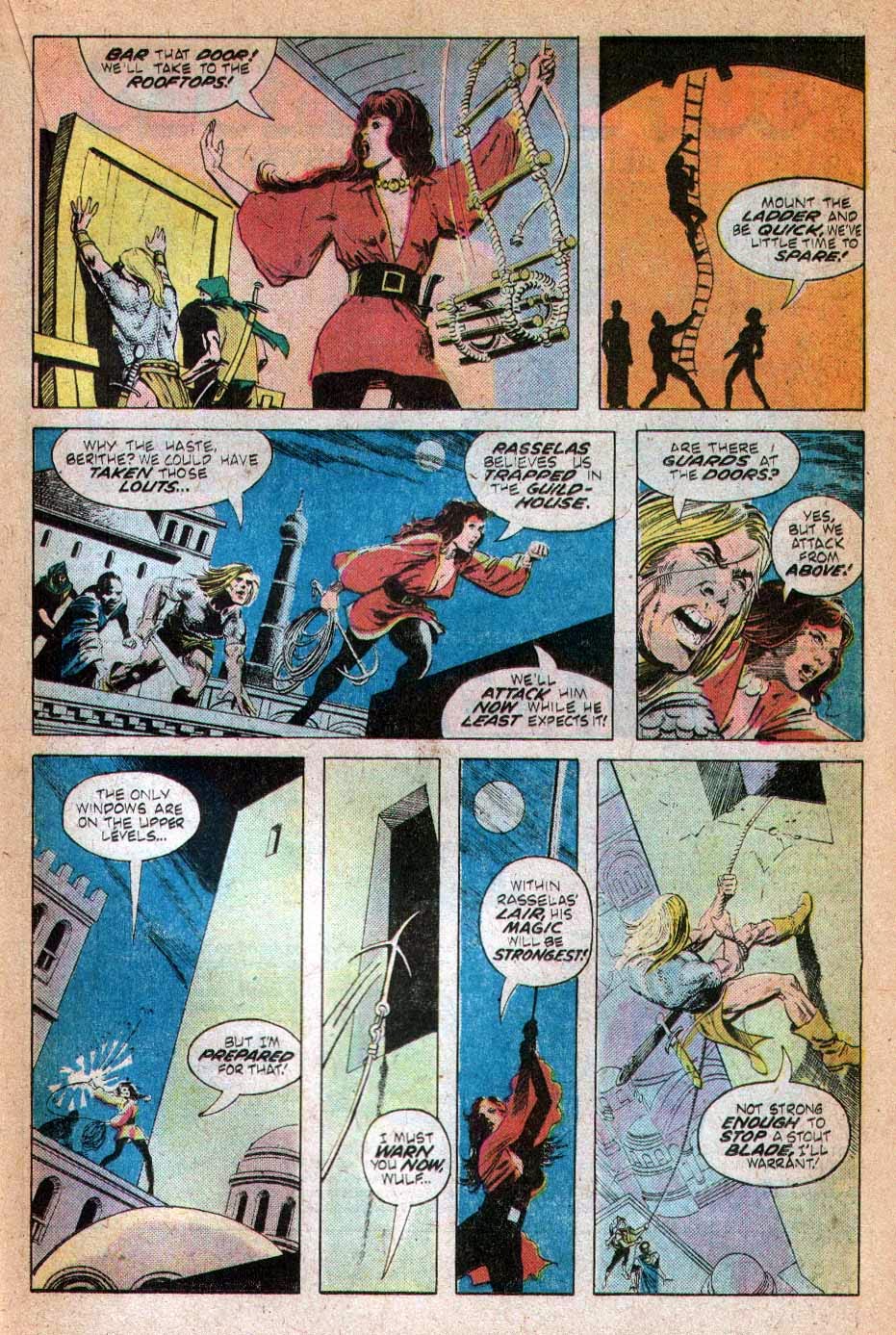 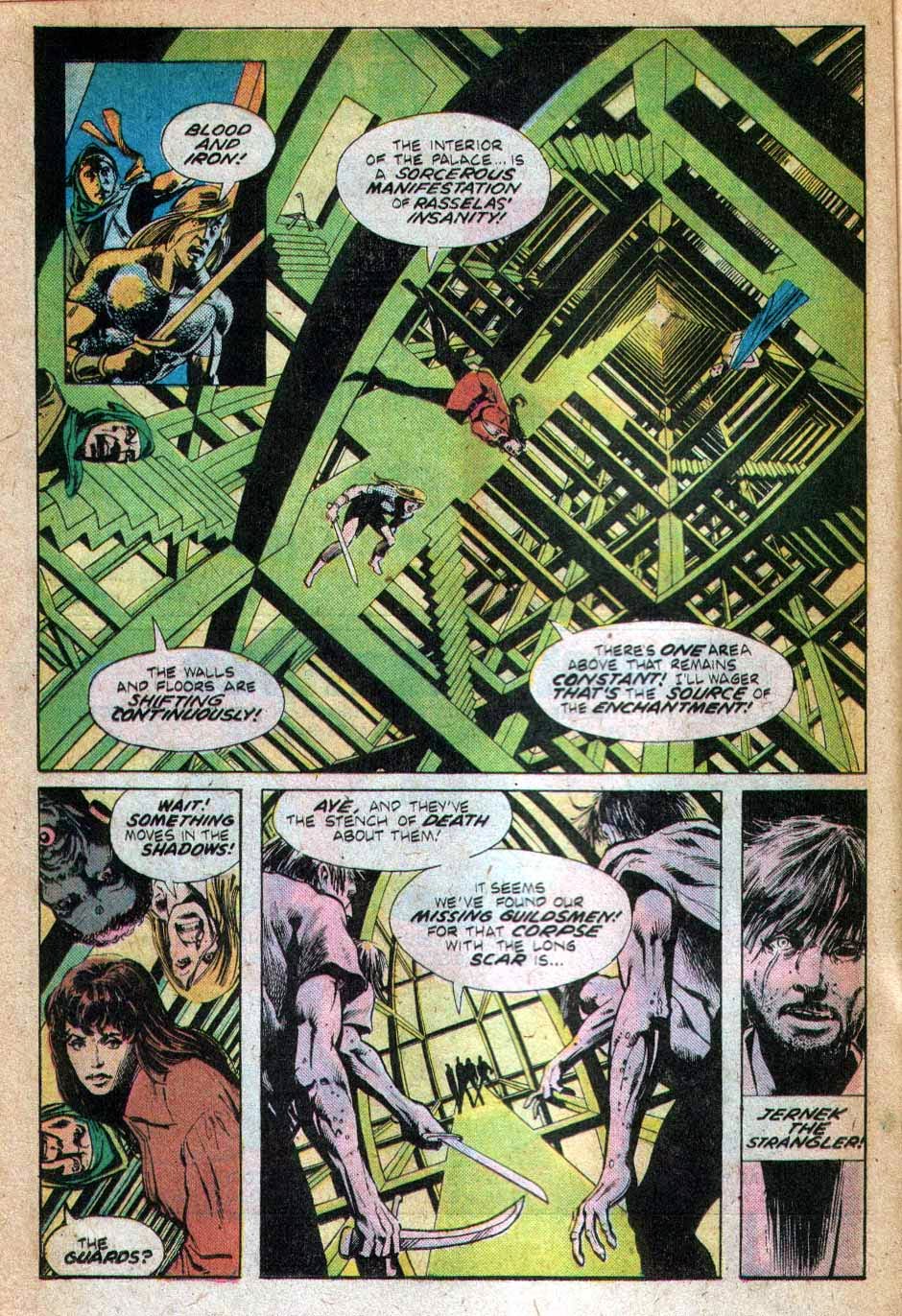 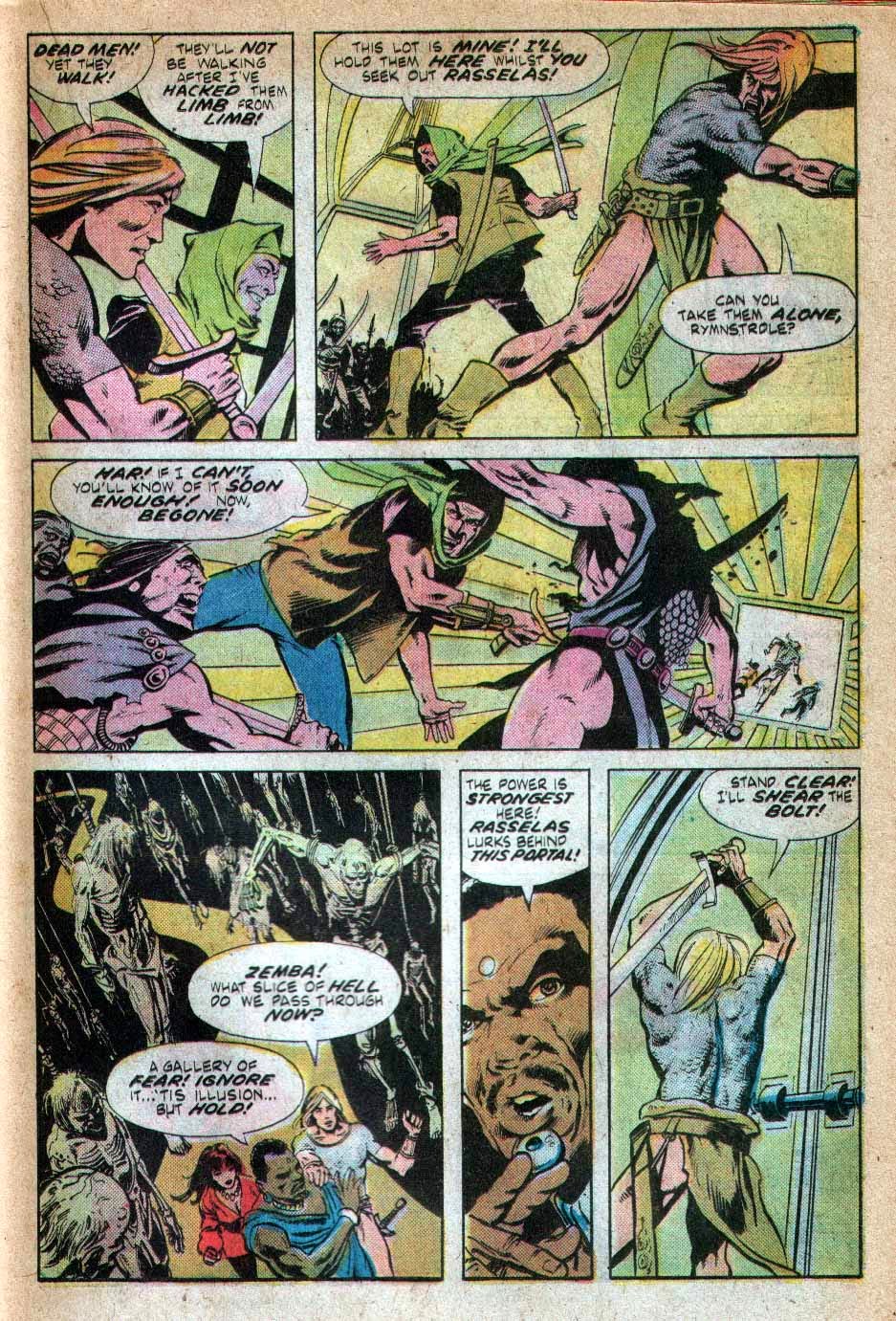 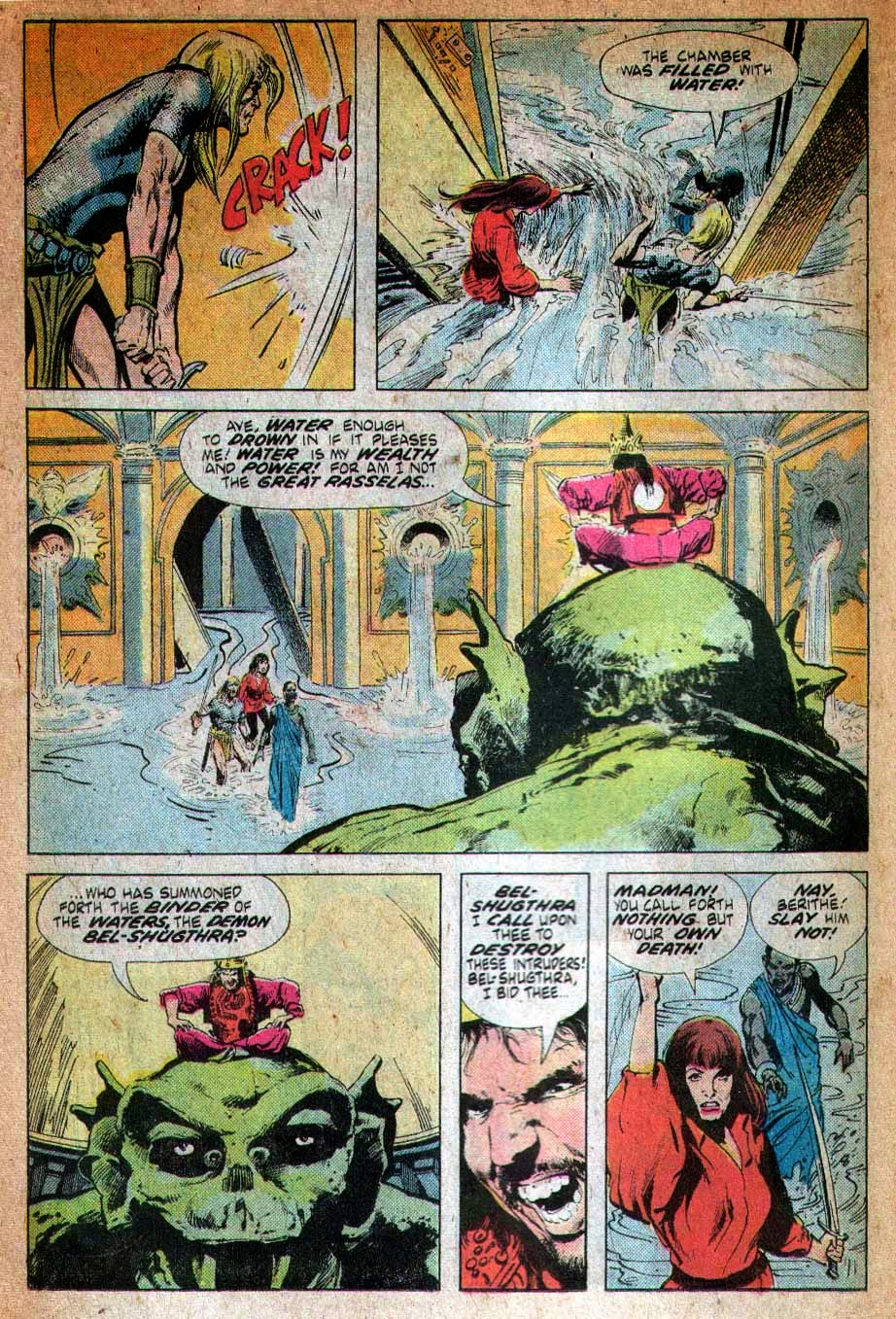 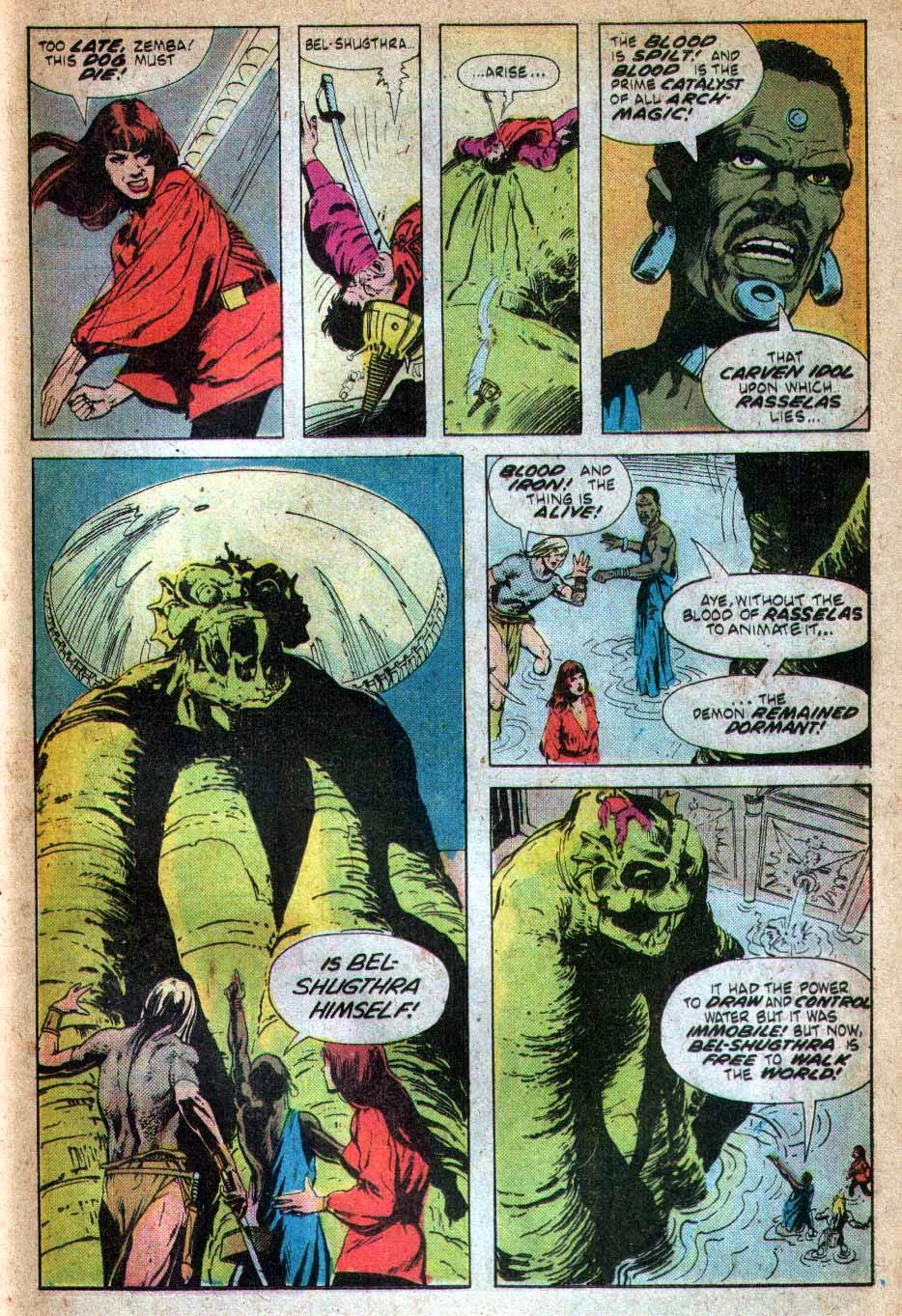 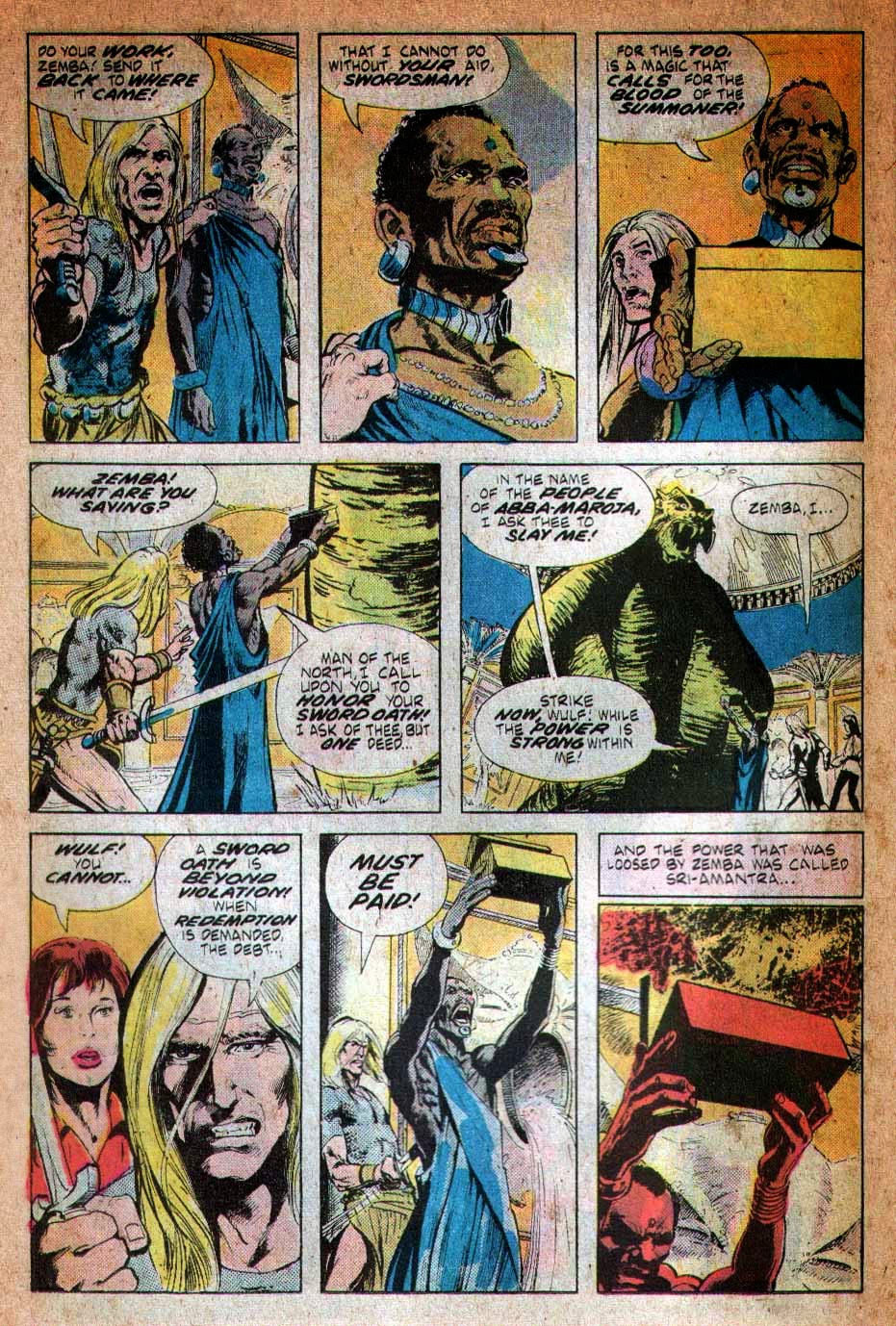 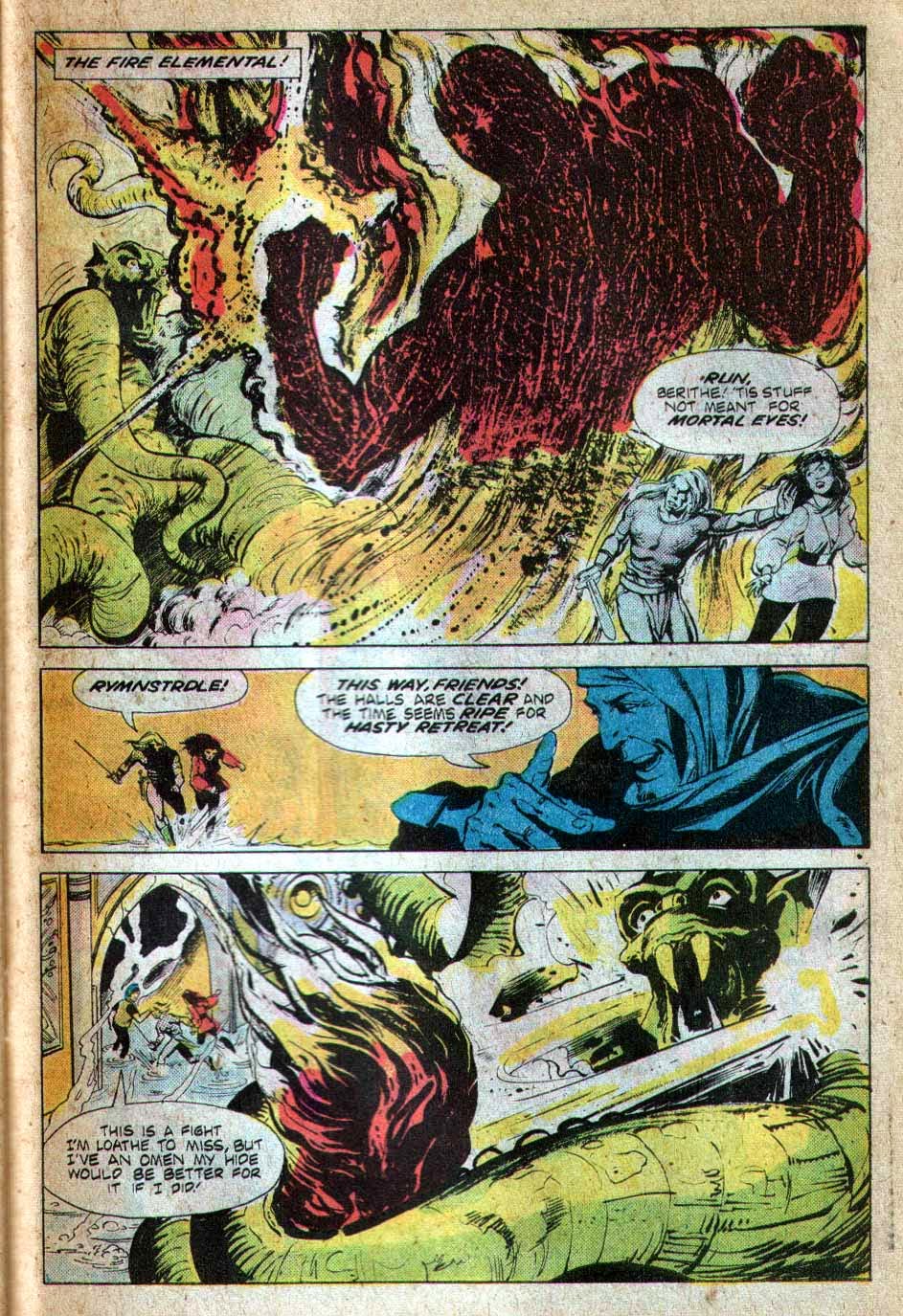 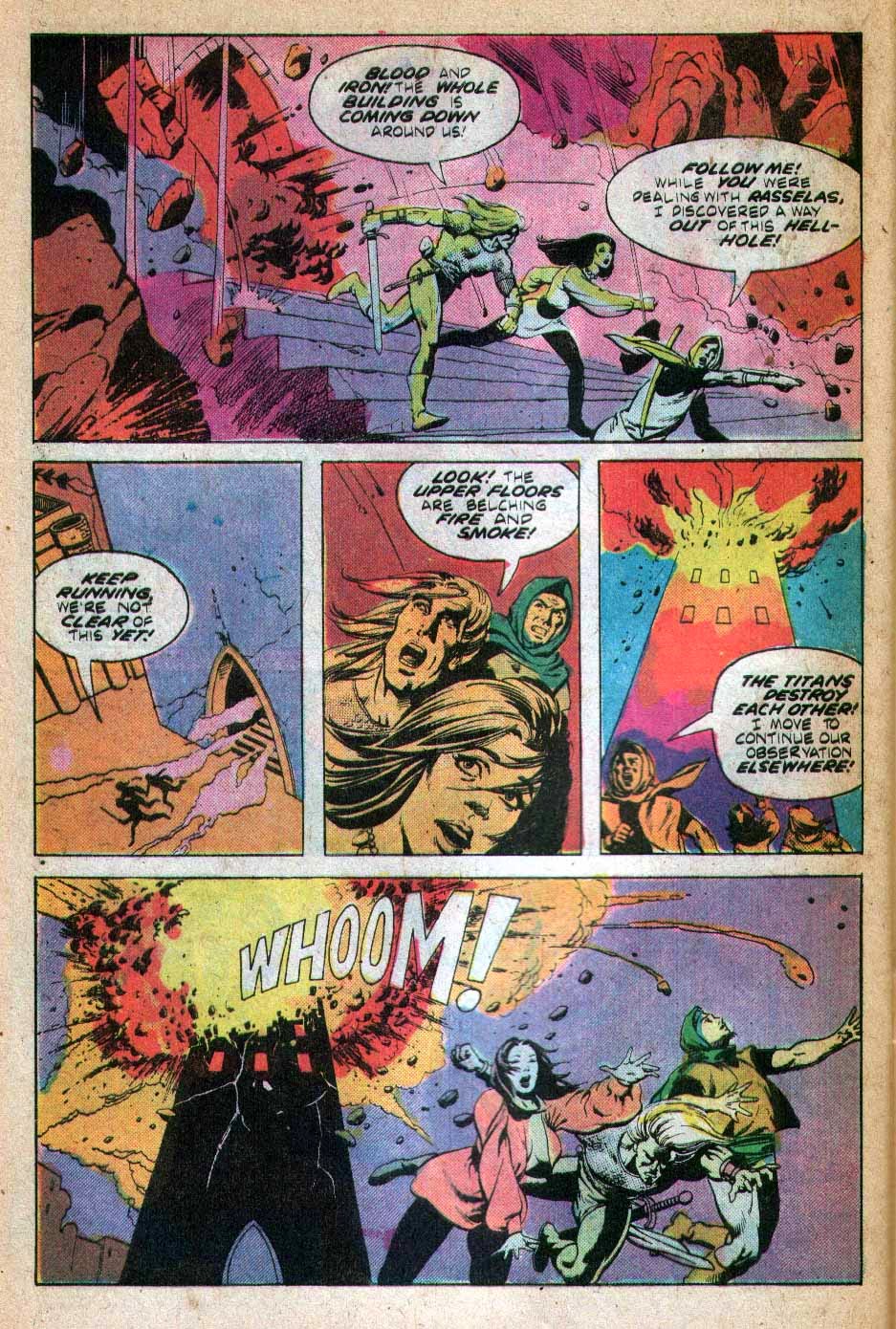 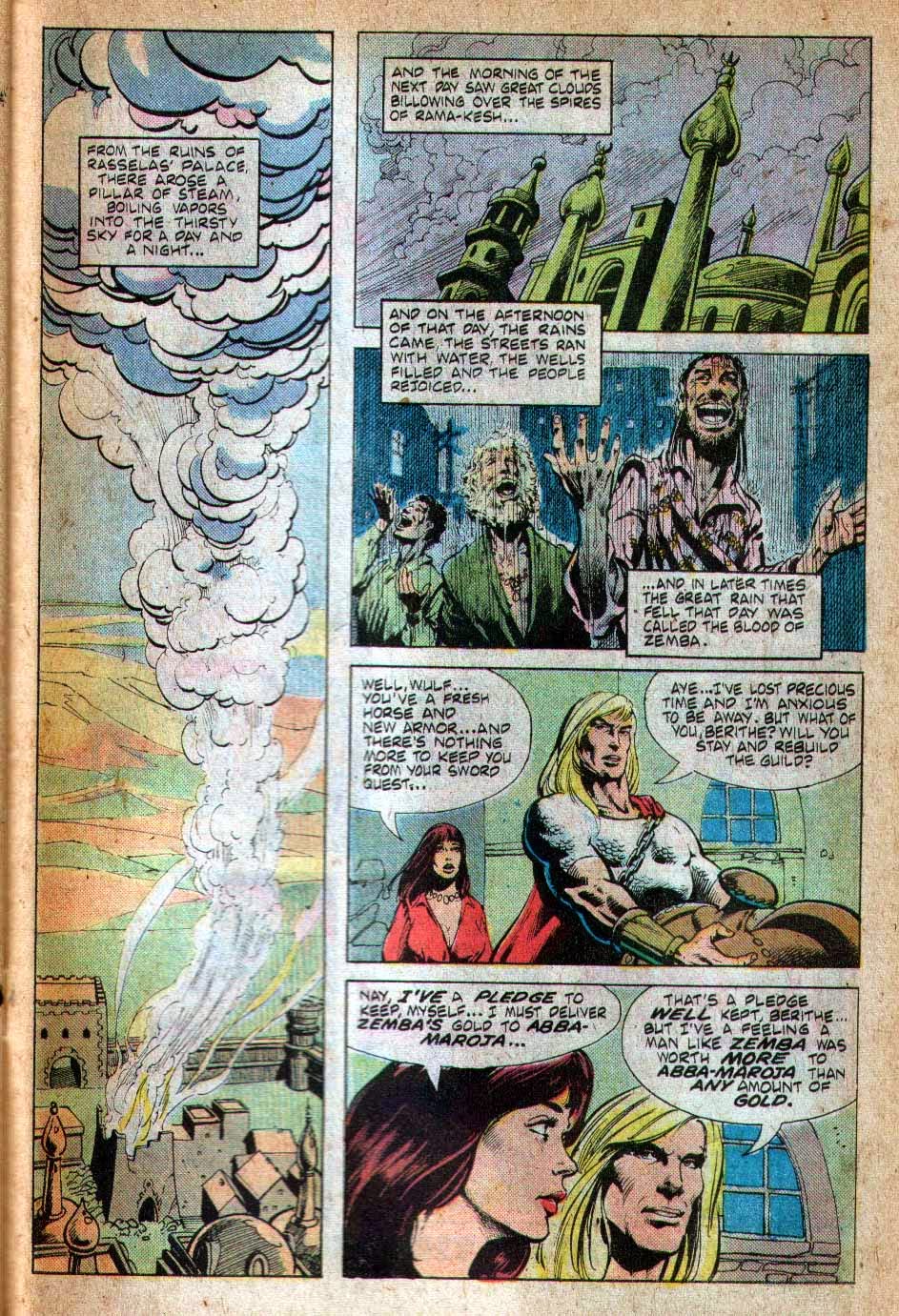 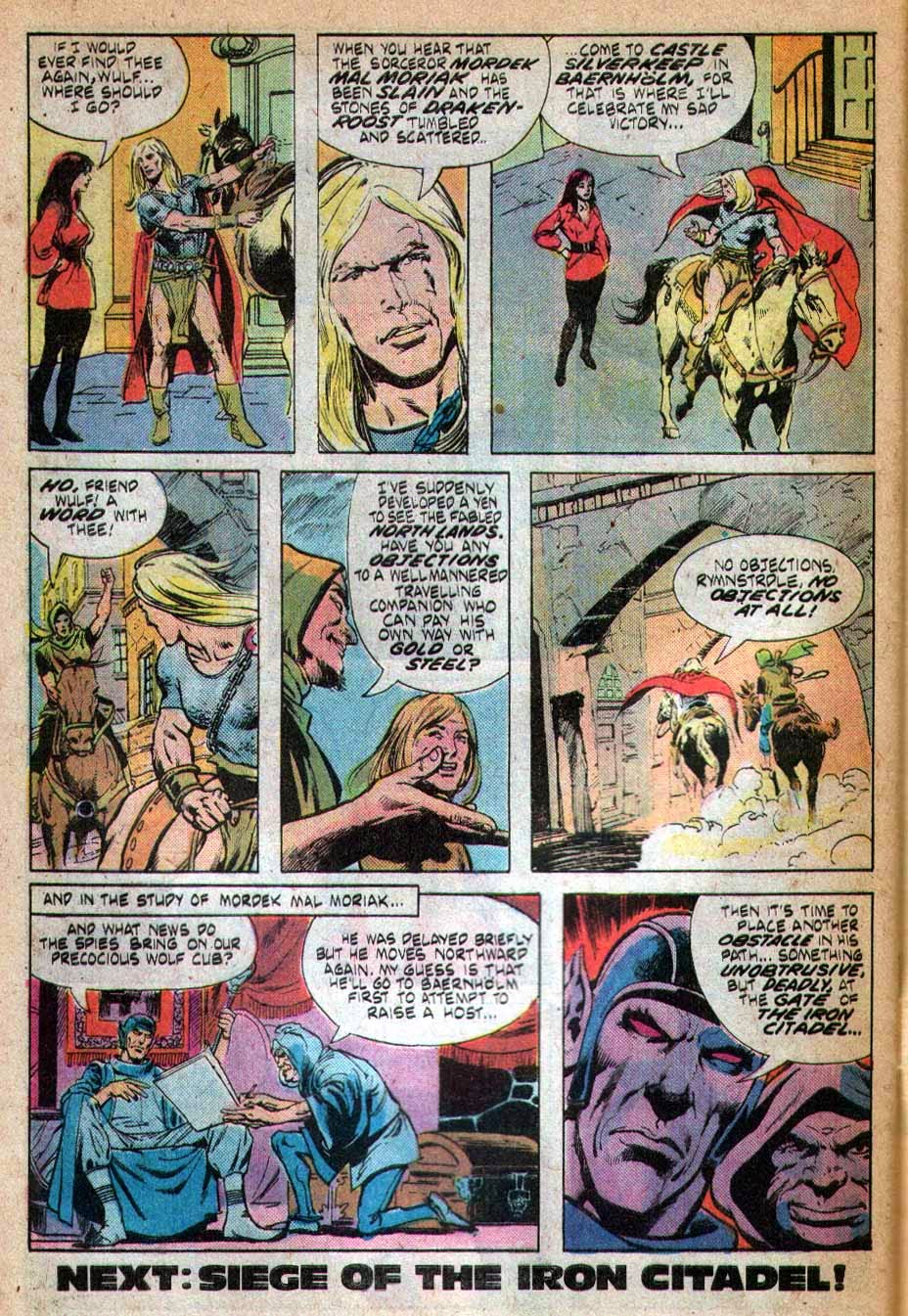