The Avengers: Your Young Men Shall Slay Visions 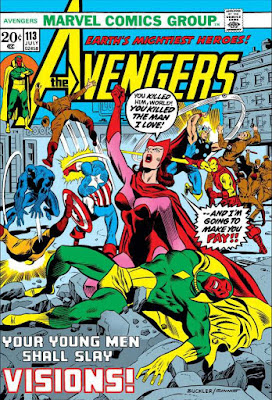 Ok, firstly, that's a great title for a story.
Apparently there's a bit of kerfuffle around the ol' interweb involving some people insisting that comics shouldn't be political, which I take to mean, they shouldn't try to say anything.
I'm not sure where these people have been for the last 40 years. To quote Skunk Anansie: Yes, it's f**kin' political. Everything's political.
I'm sure Steve Englehart & Bob Brown would agree.
For instance herein, Wanda & Vision openly declare their love for each other to the world, and the world reacts in various ways. Some good, some very bad.
It's the little details that make this one, like the fact that the threatening note Cap opens up is obviously written by an illiterate, a small but telling point. As is Cap's reaction, and Wanda's line about hate for that matter.
It's also a classic pulp set-up, as The Avengers fight to stop the bad guys getting into the operating room where Viz lies at death's door.
Ok, considering they're The Avengers, they seem to have an inordinate amount of trouble fending off a few non-powered thugs with guns, but we'll let that one go. 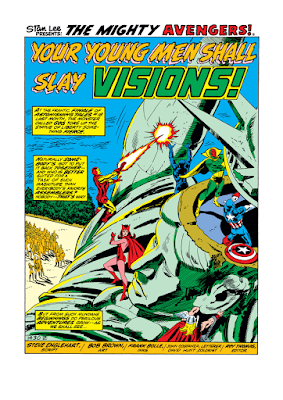 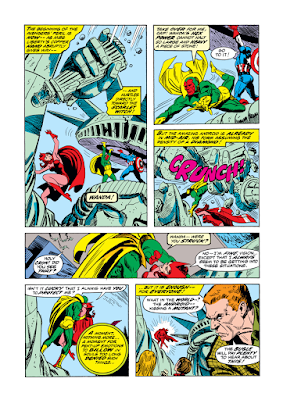 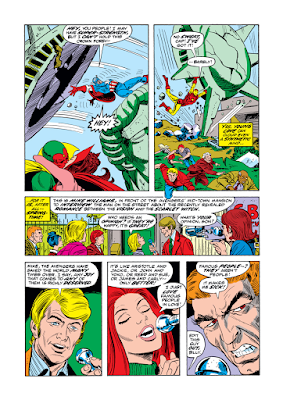 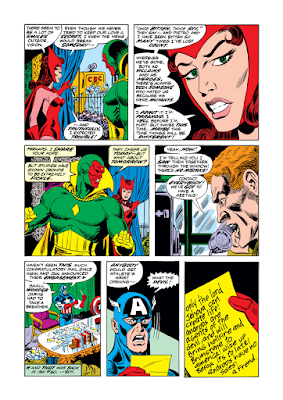 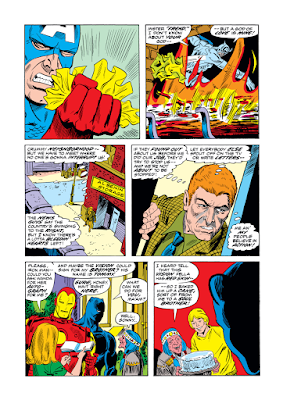 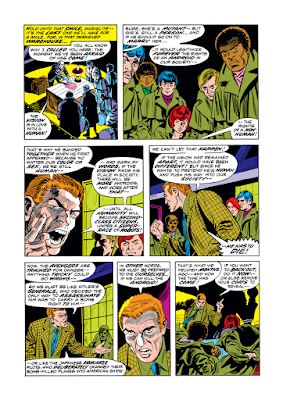 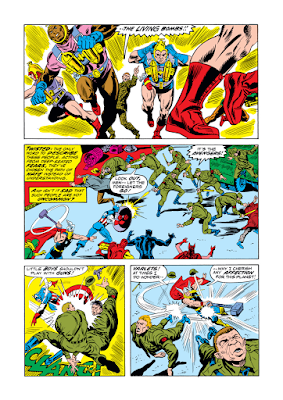 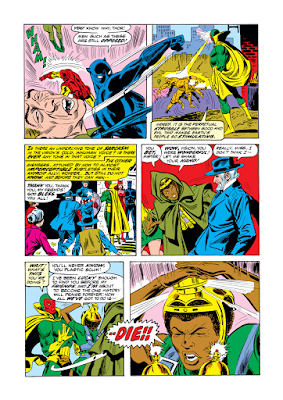 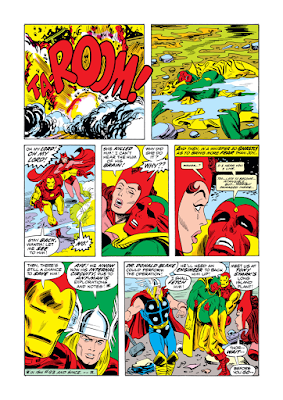 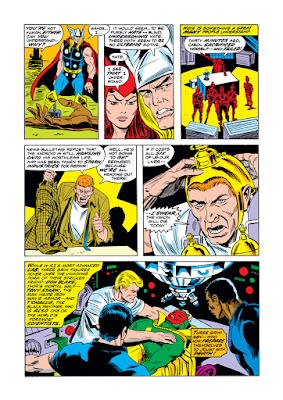 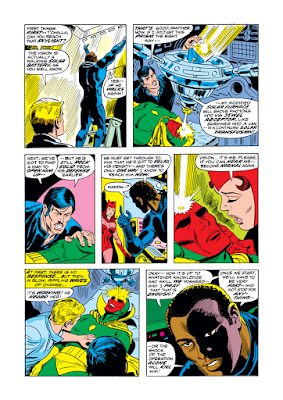 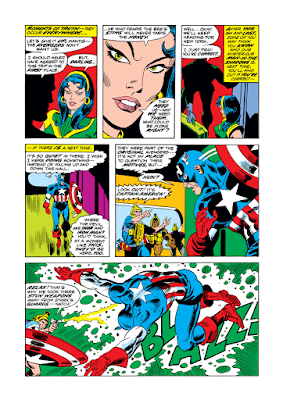 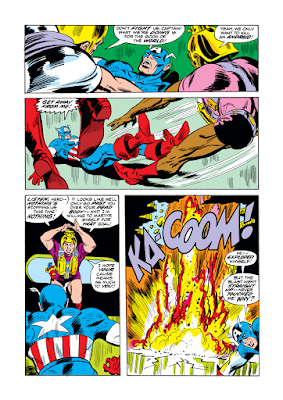 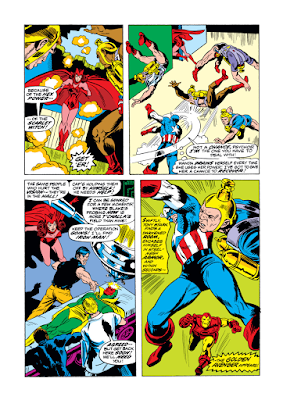 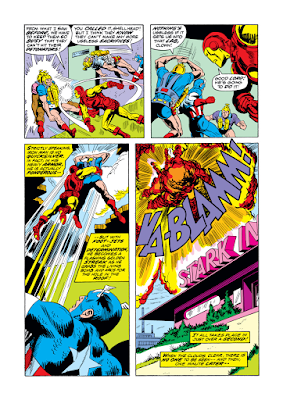 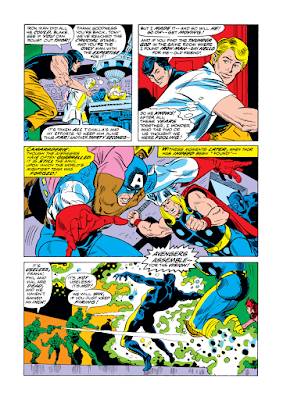 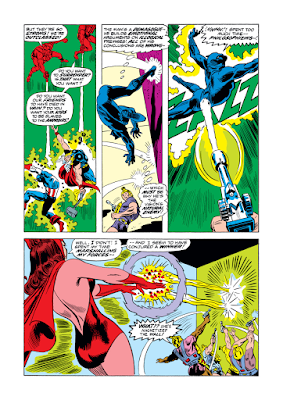 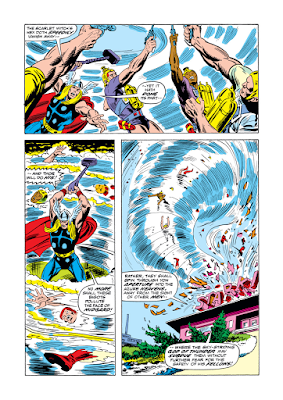 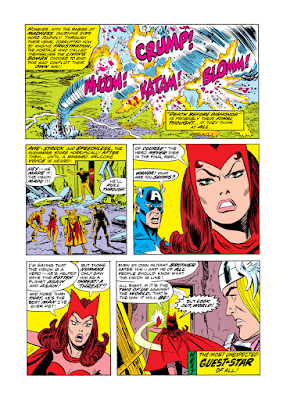