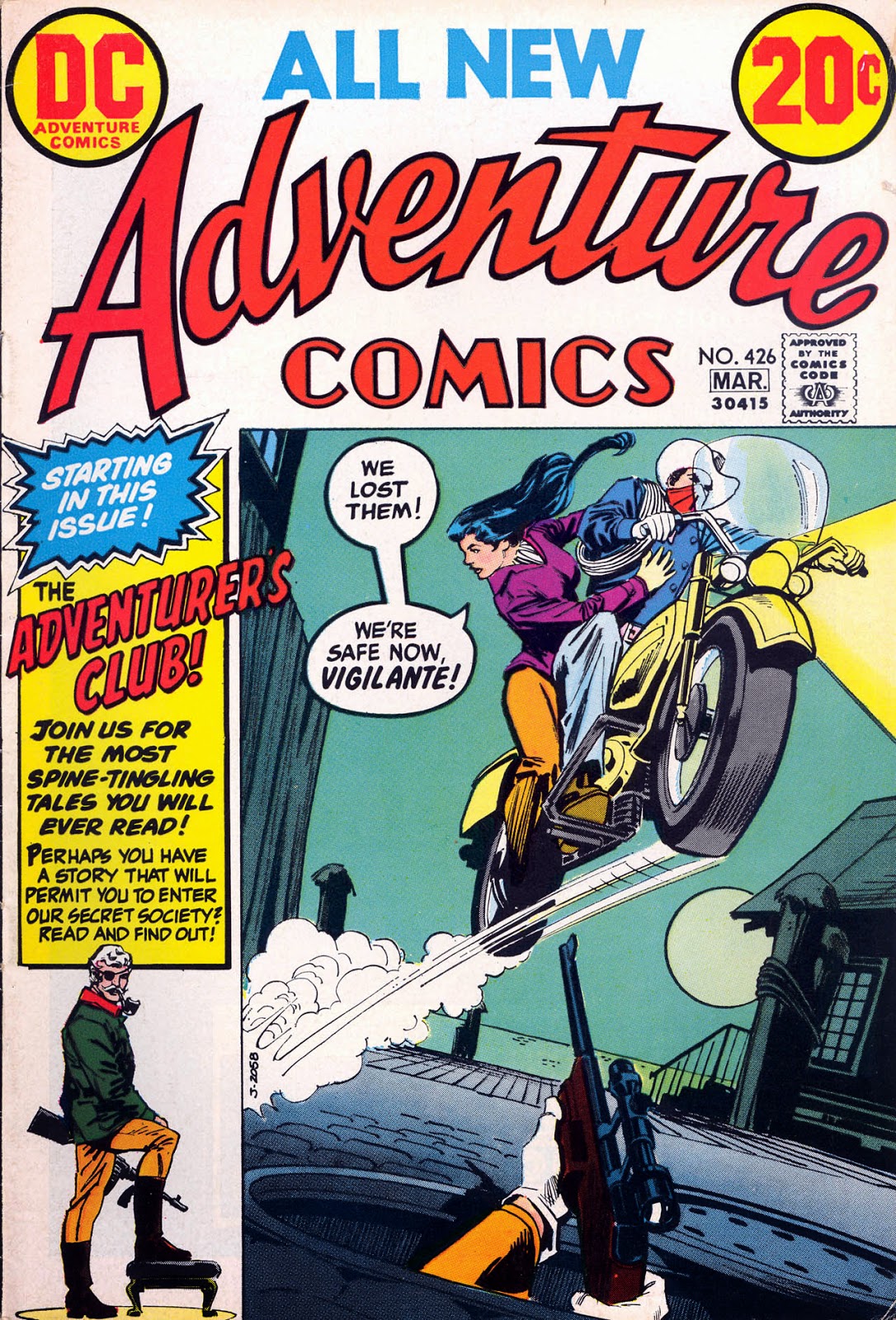 Never could quite figure out The Vigilante. He was a Golden Age hero who'd come out of retirement, yep, got that, but was he an actual cowboy who'd travelled forward in time to the '70's, which would be cool, or just a modern day average wrangler who'd decided to fight crime for no apparent reason?
And what was with that lame ass bike he rode around on? Shouldn't somebody called The Vigilante be riding some big hog like a Harley or something?
Regardless, what was fun about him, apart from the fact his disguise consists solely of a kerchief, was that he went to great pains to remind us that he lived up to his name, as here where he lasso's a bad guy and hangs him off a balcony, while telling him, and us, that: I ain't no cop, so I don't have to mess with such nonsense as rights! 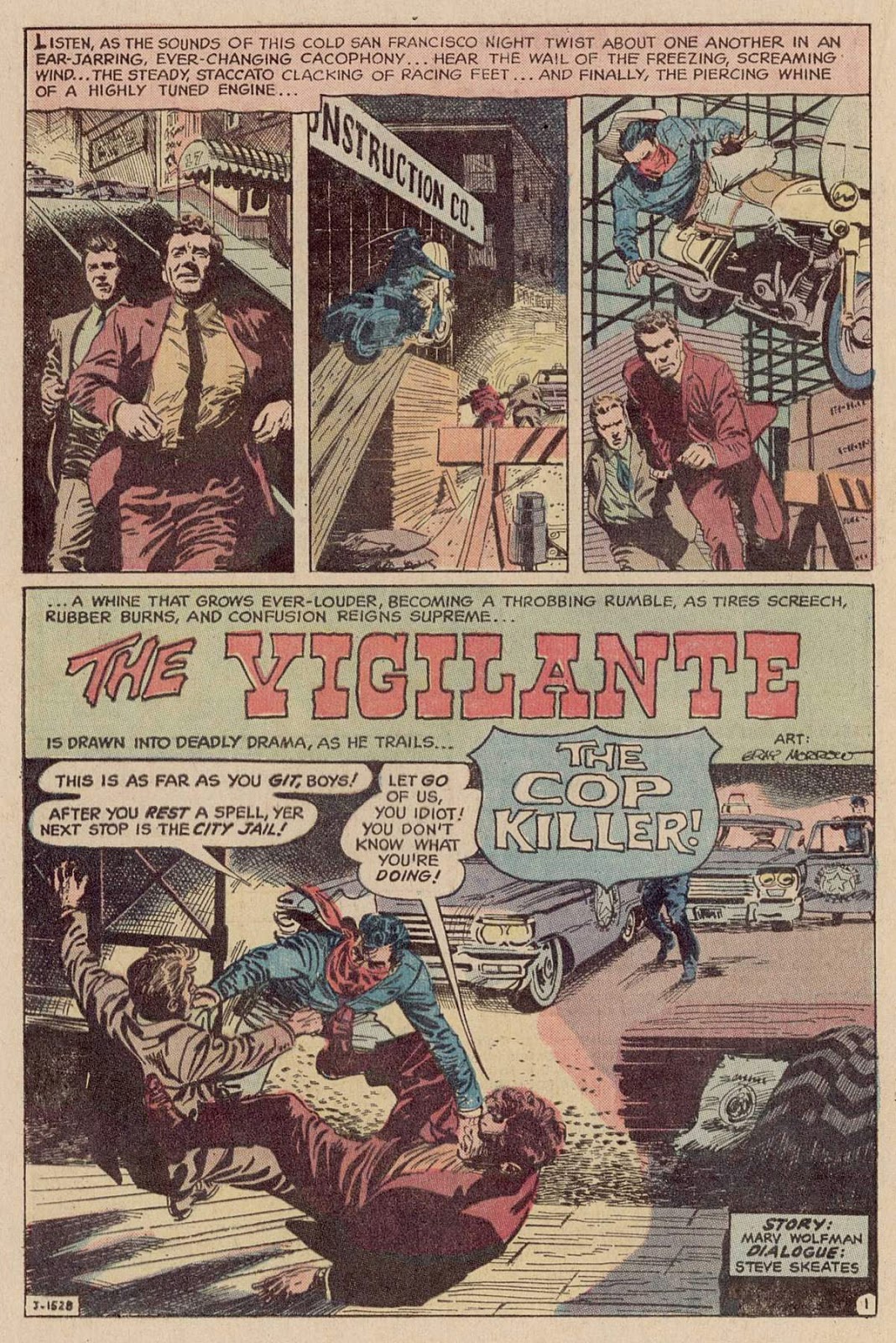 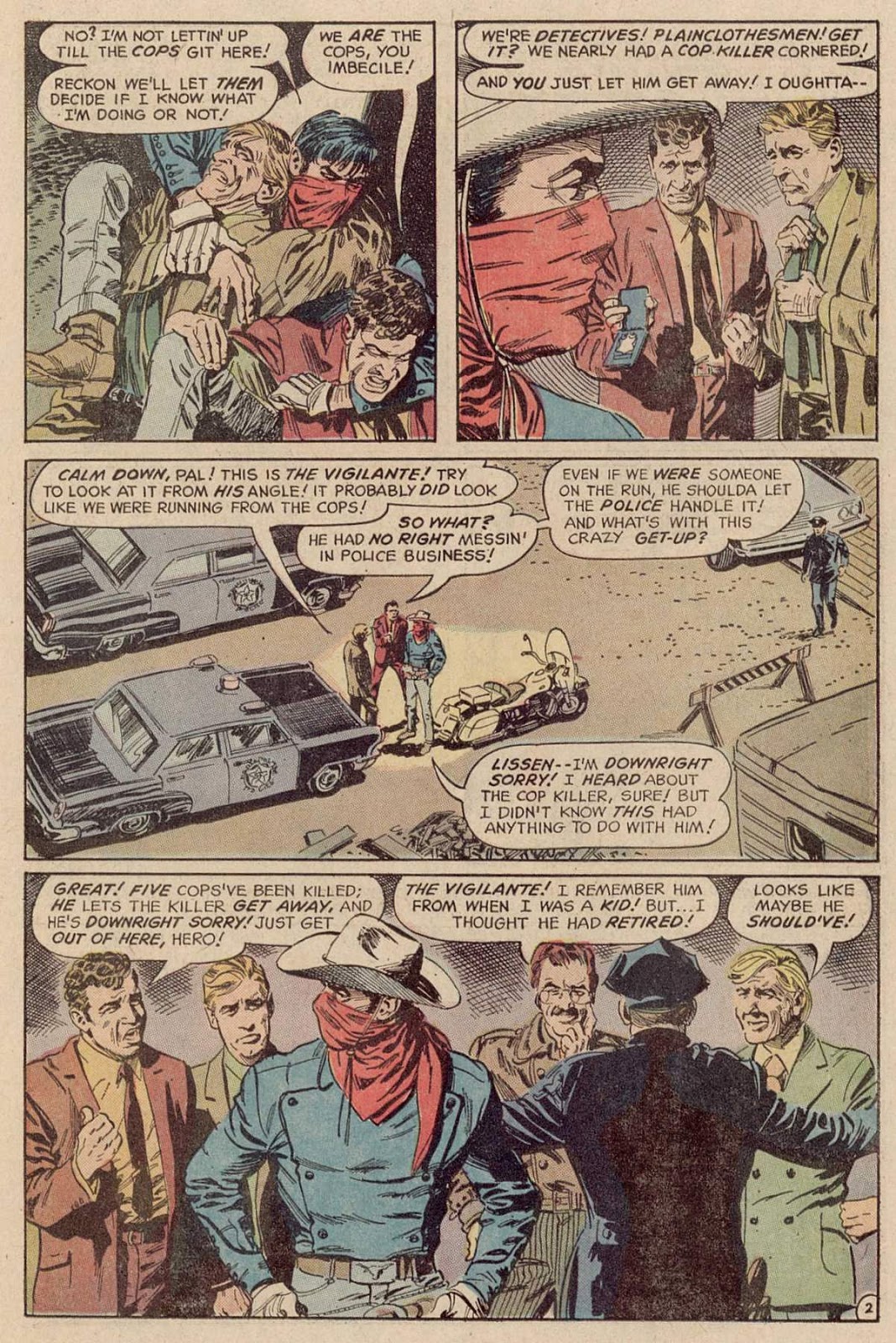 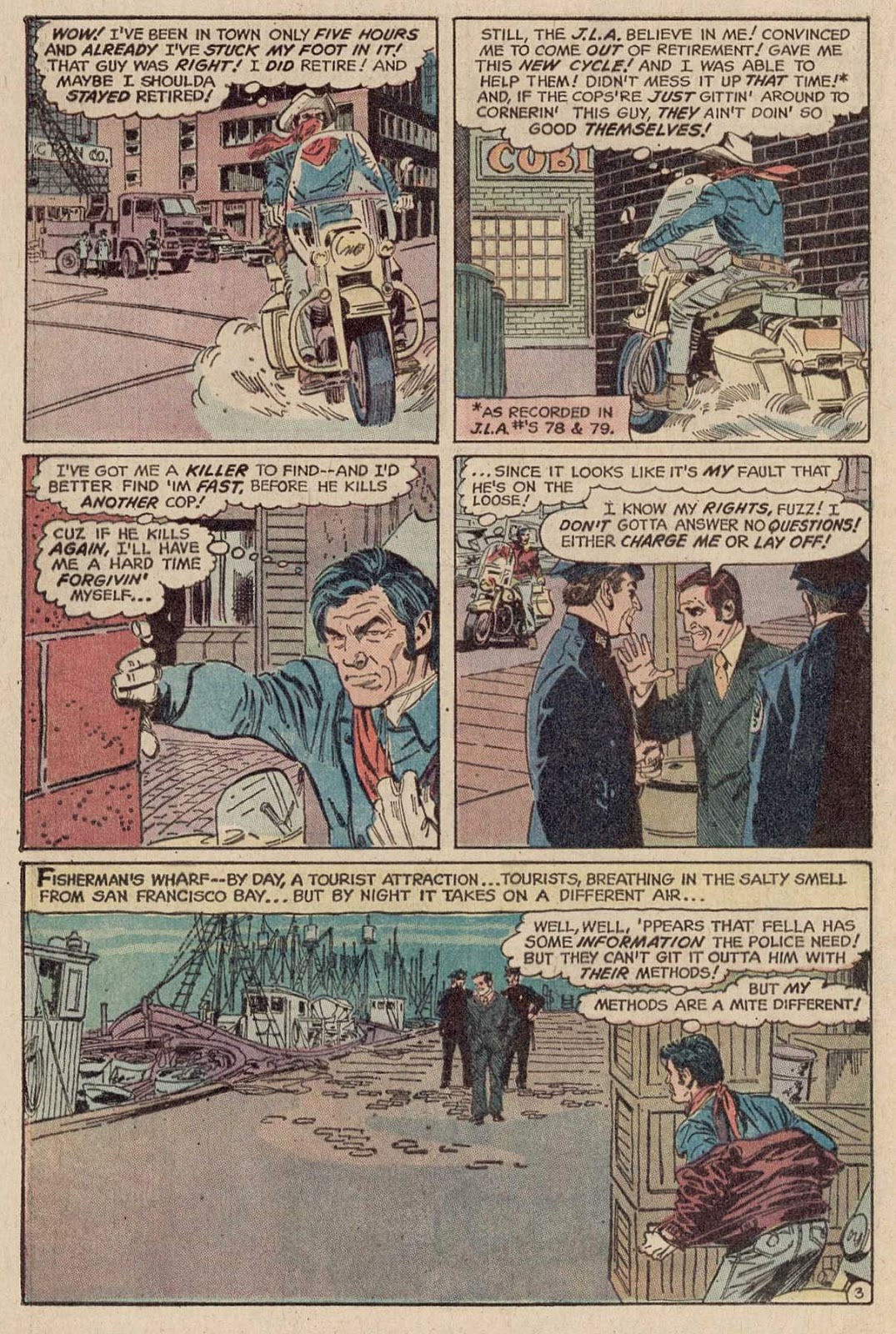 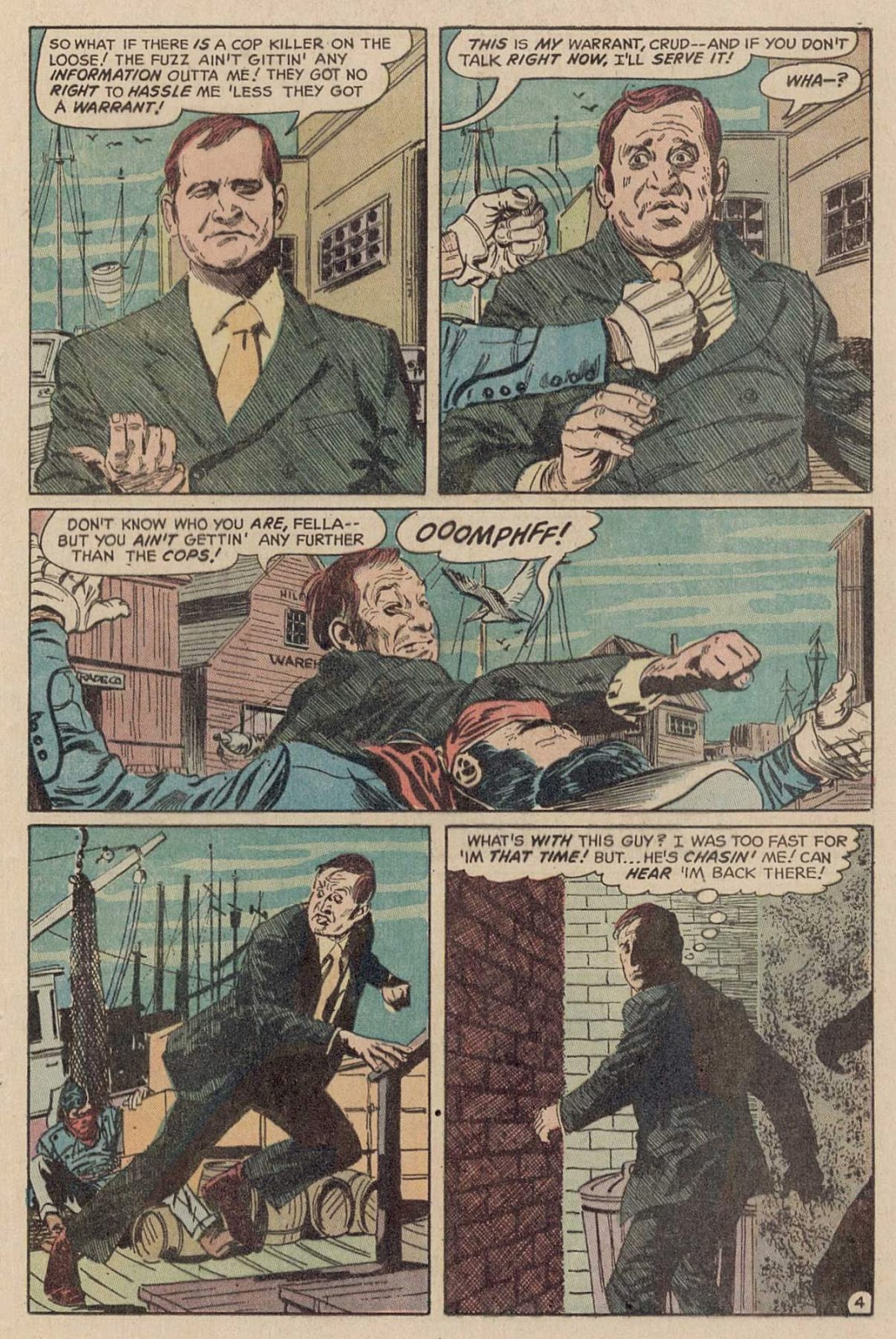 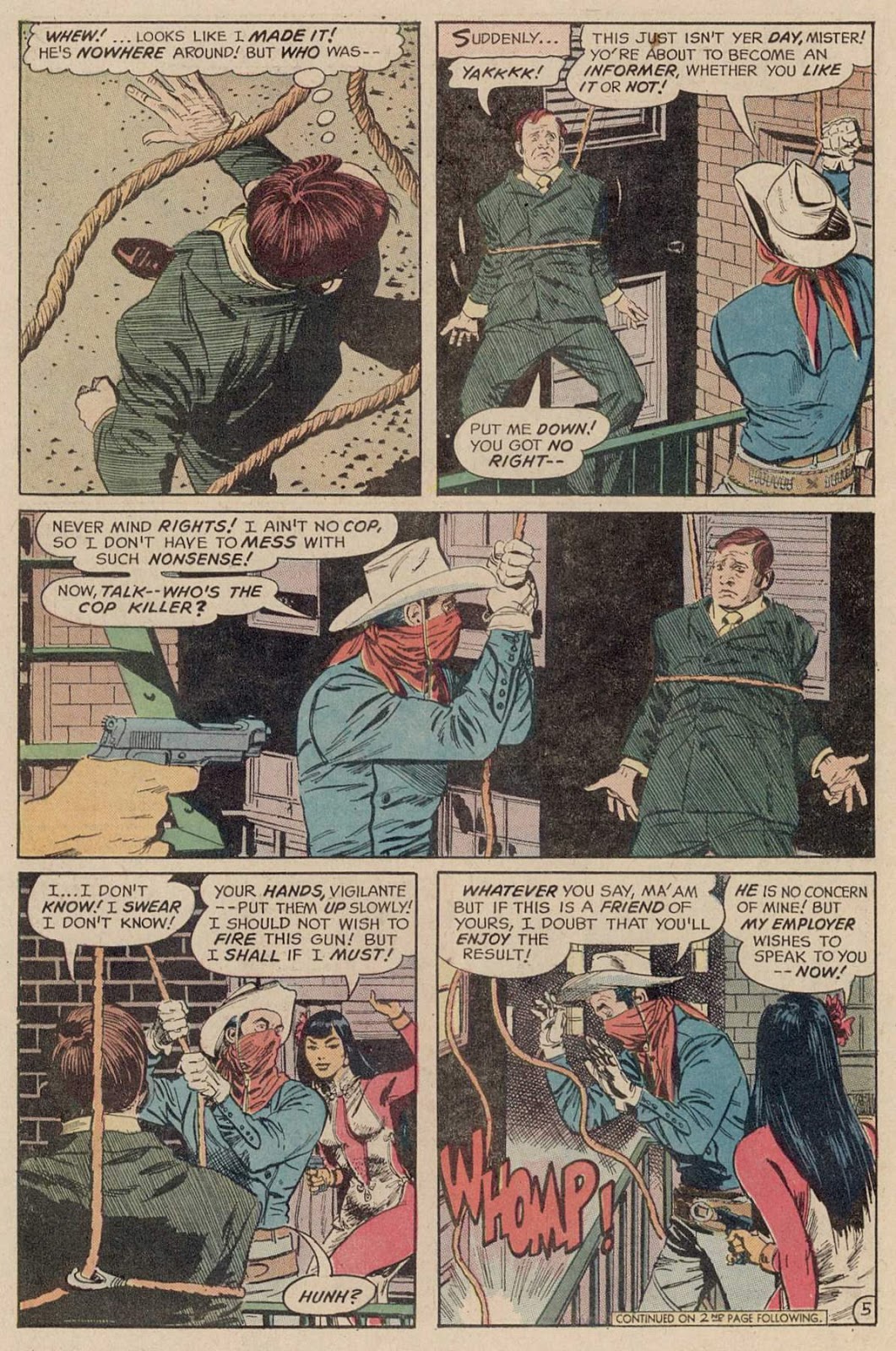 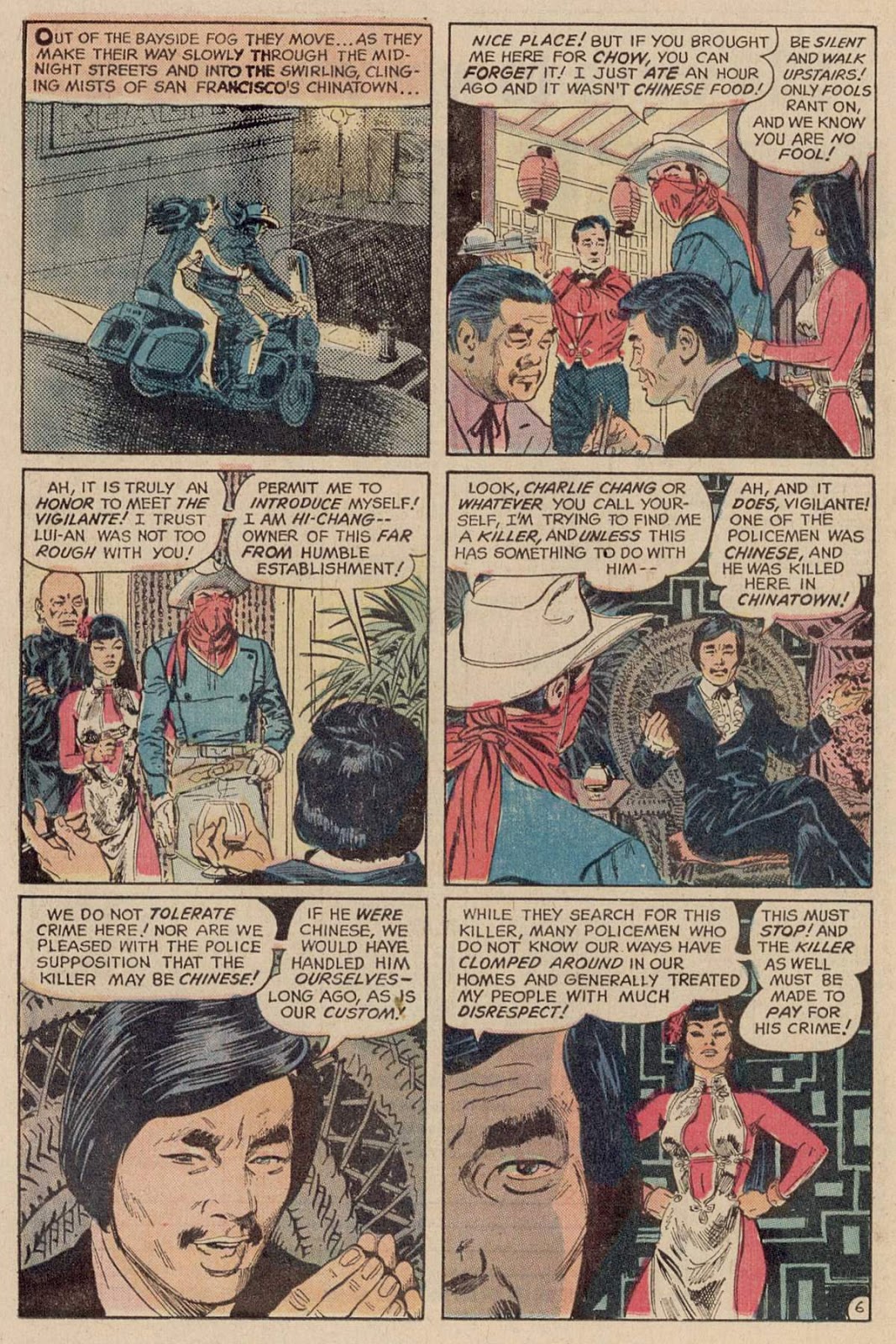 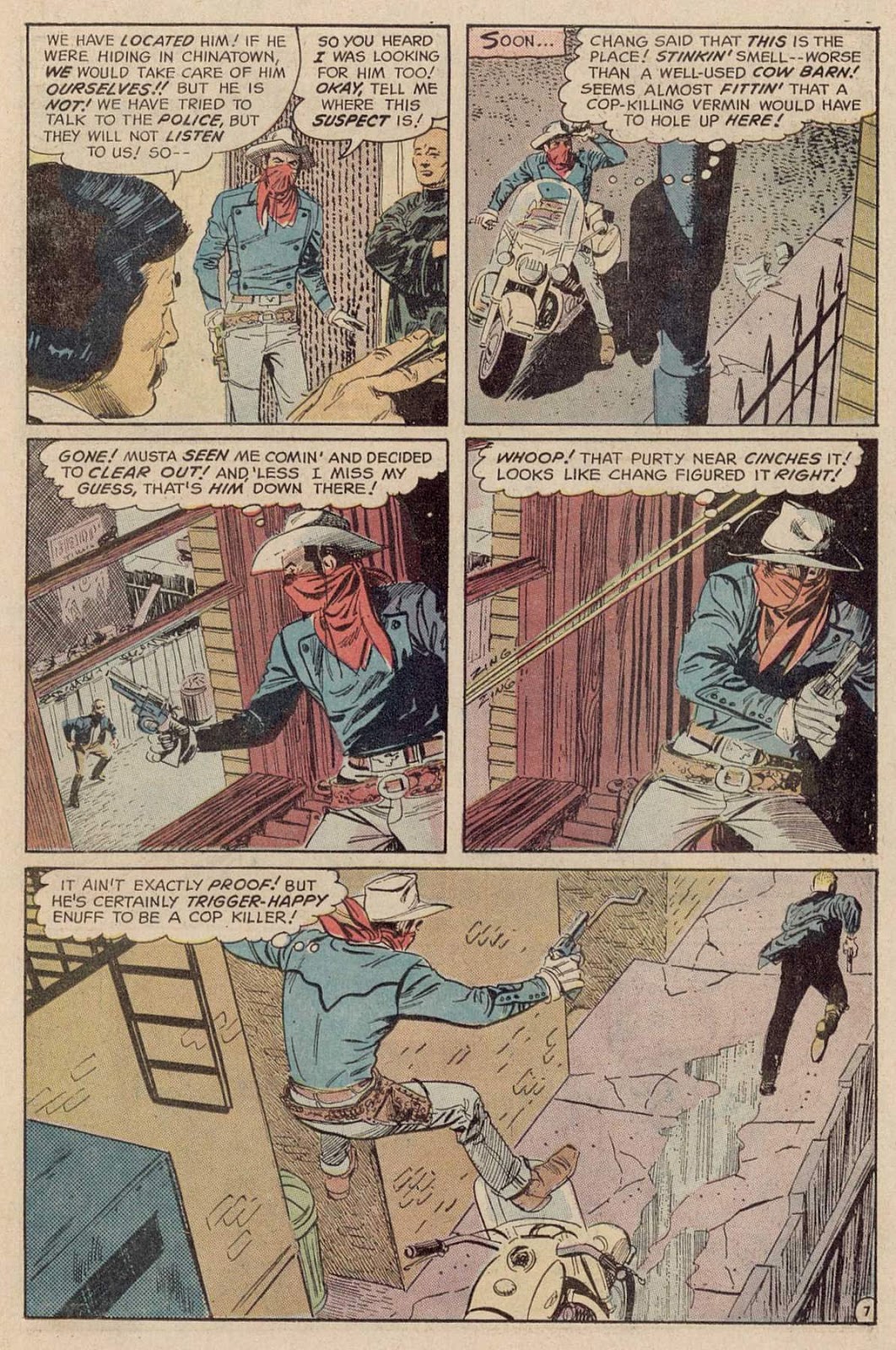 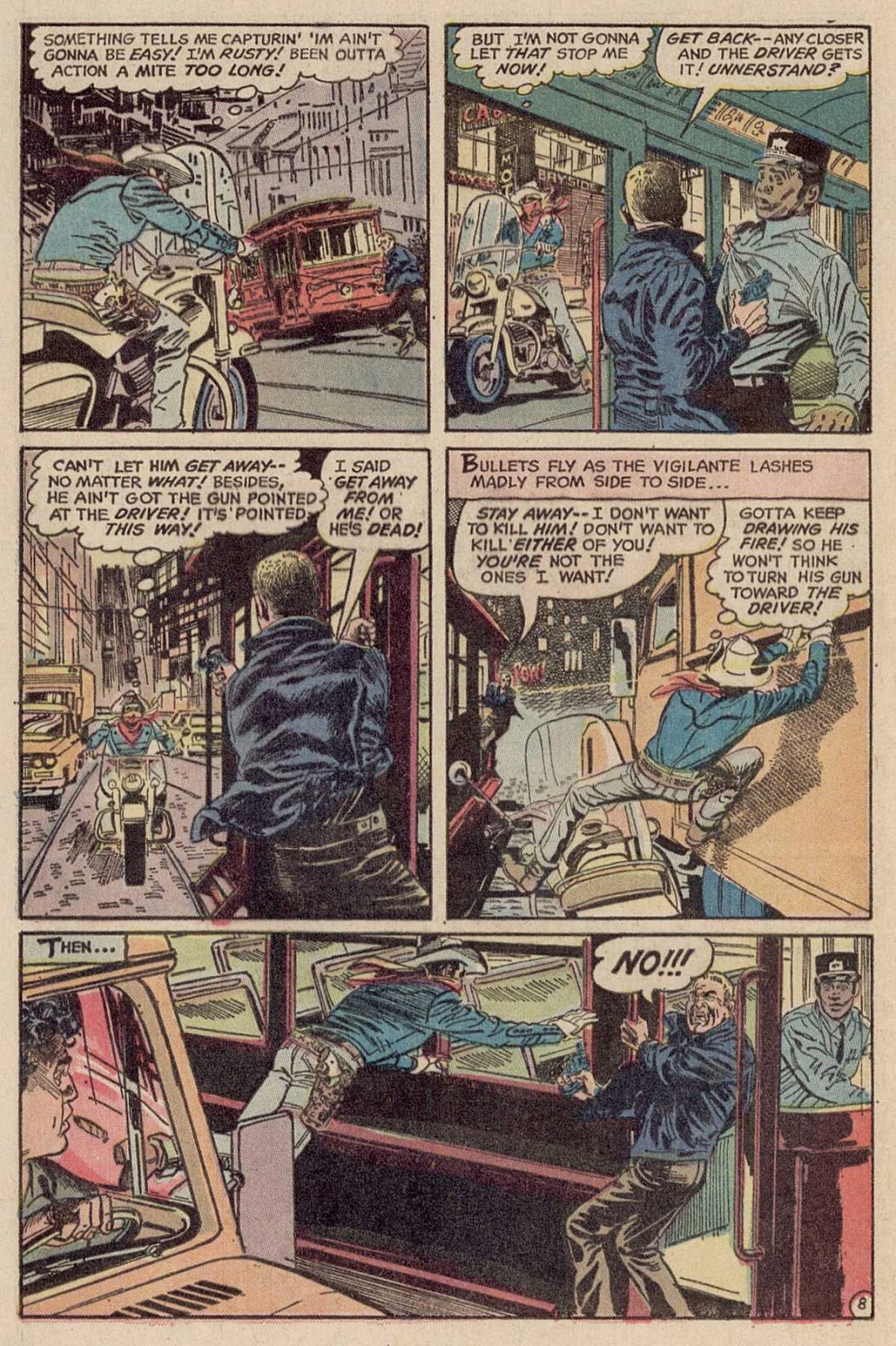 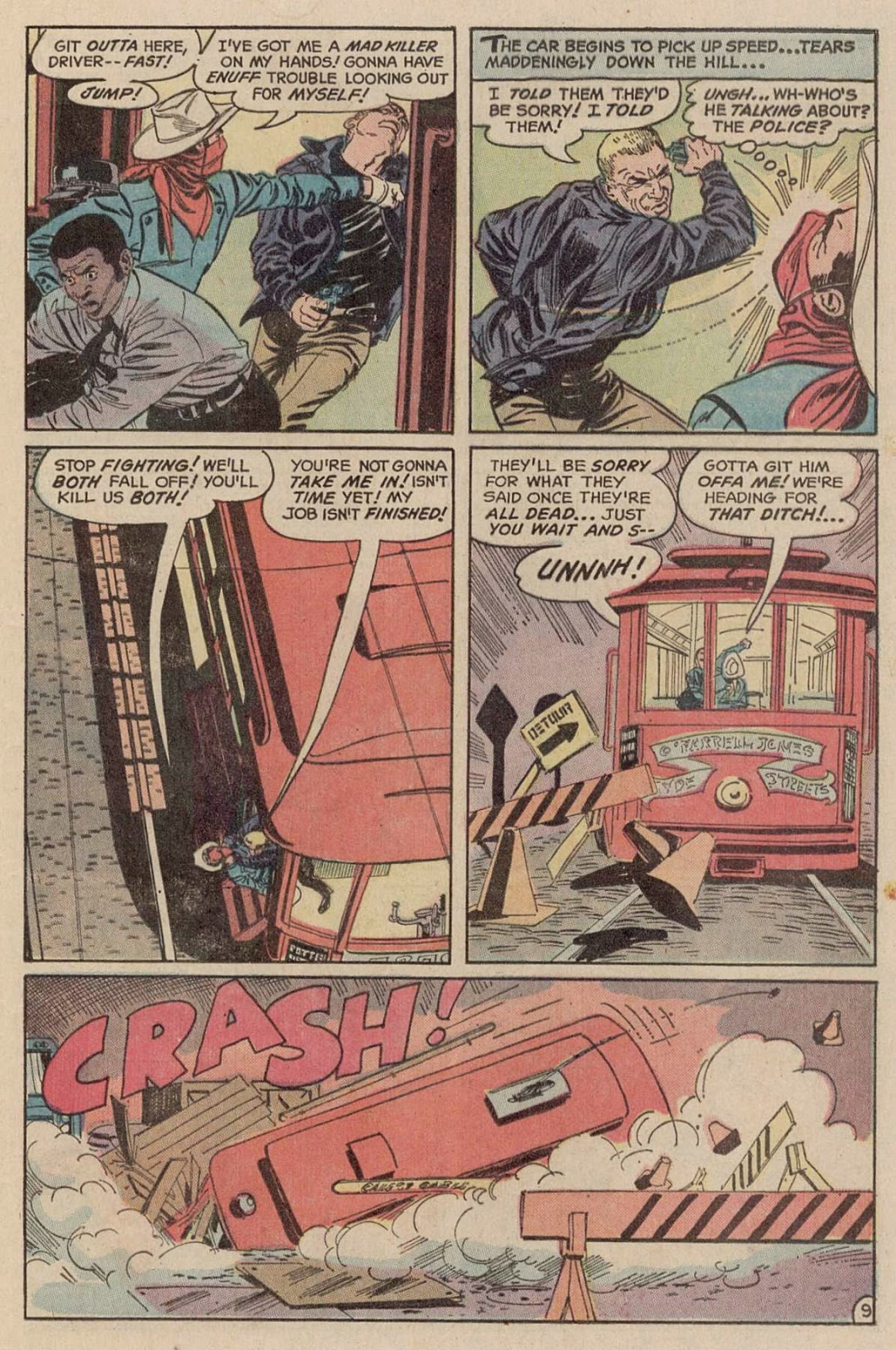 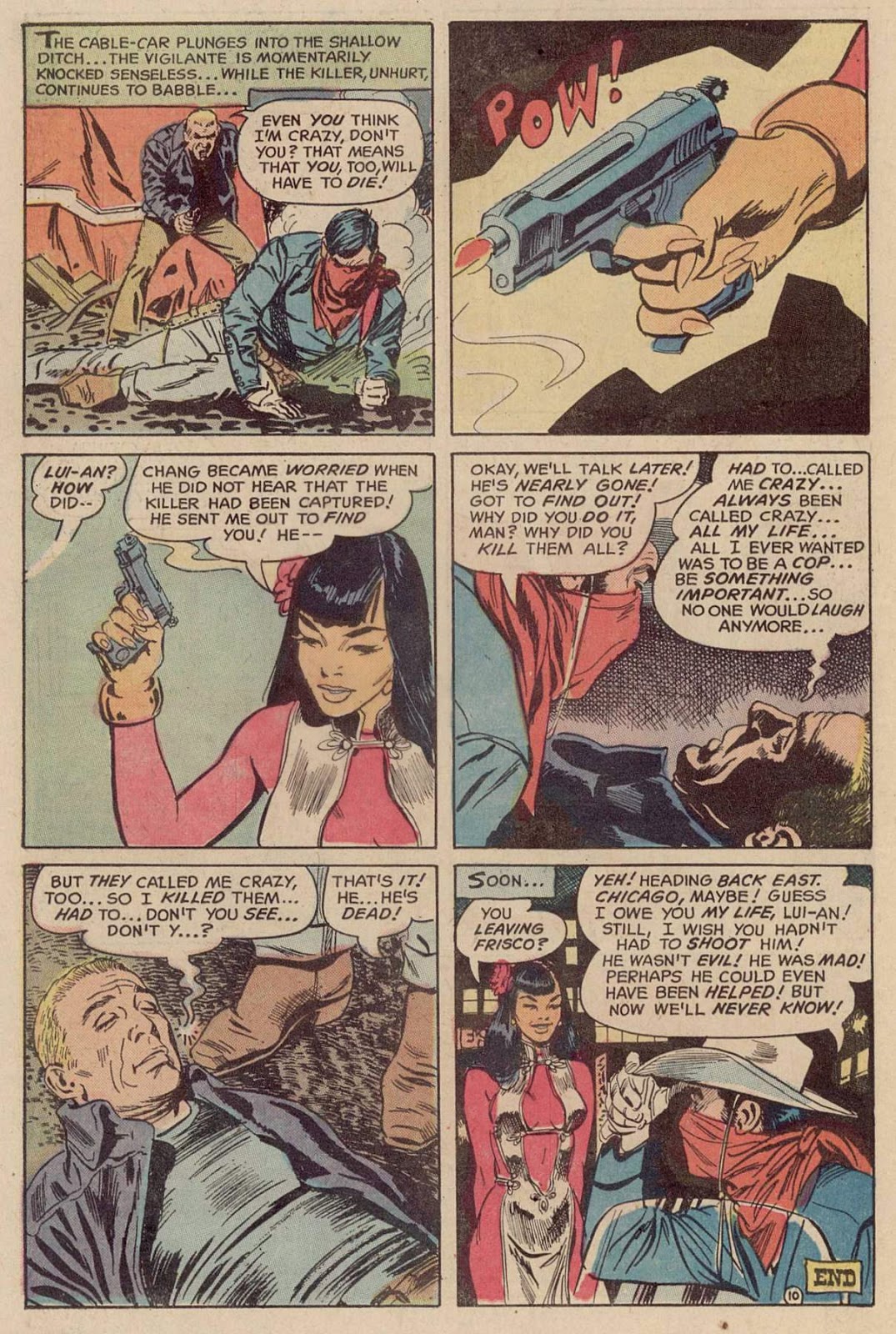 And the tough guy, proto-Punisher fun continues here, where he solves the drug issue not by gathering evidence or making a citizen's arrest, but by the simple expedient of going to the bad guy's office and beating the crap out of him. I'm sure you feel better, Vig, but that doesn't actually solve the problem, does it? 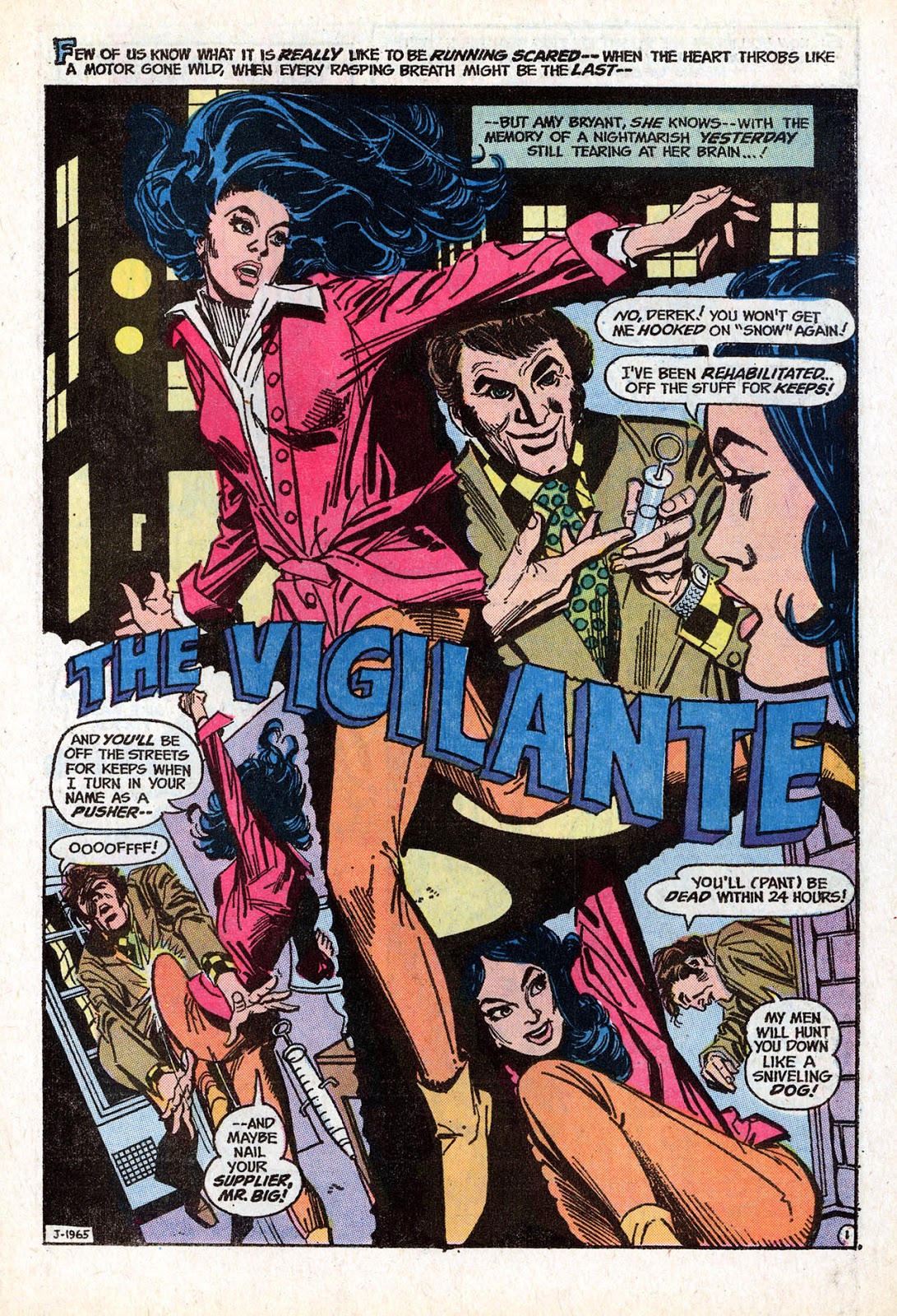 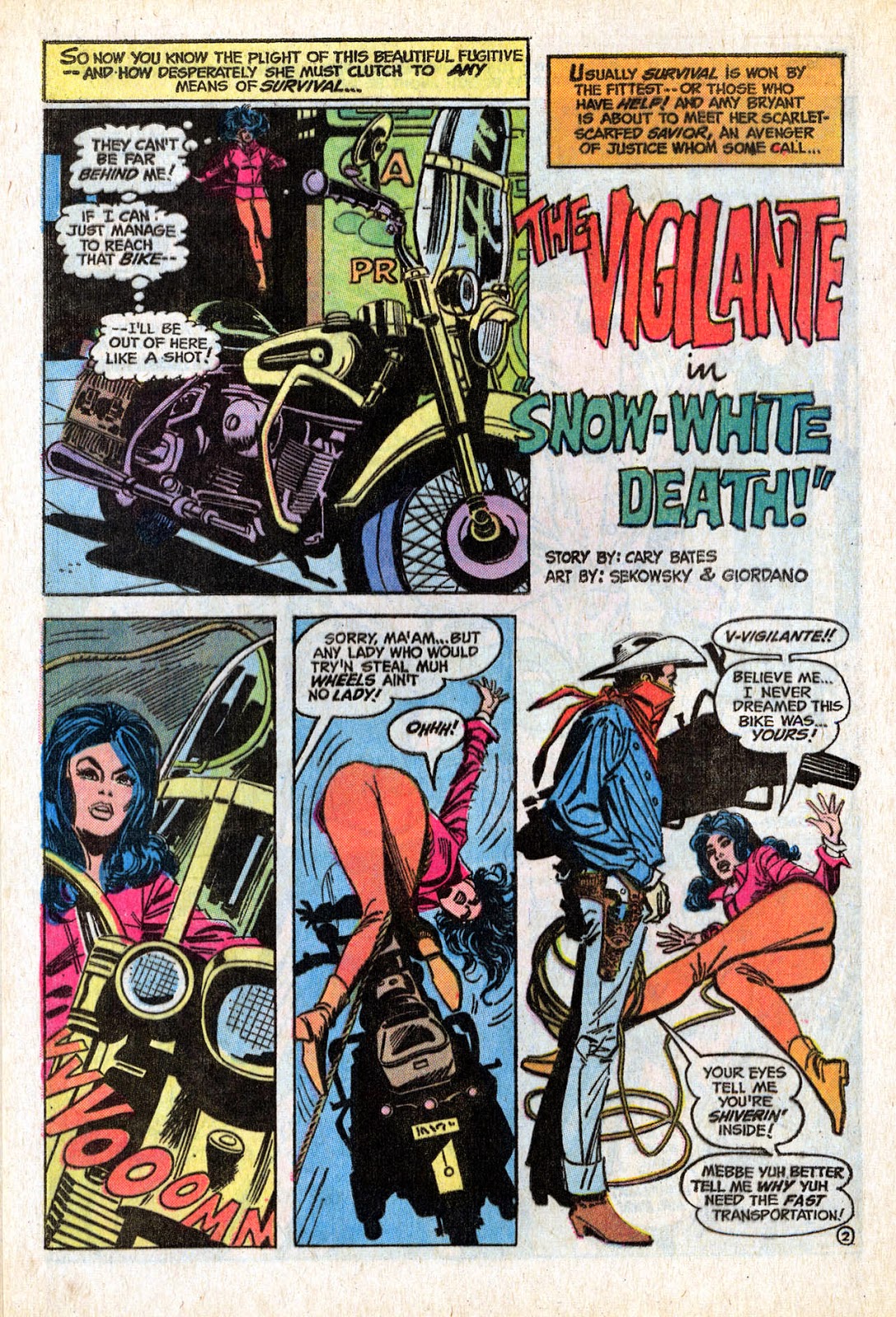 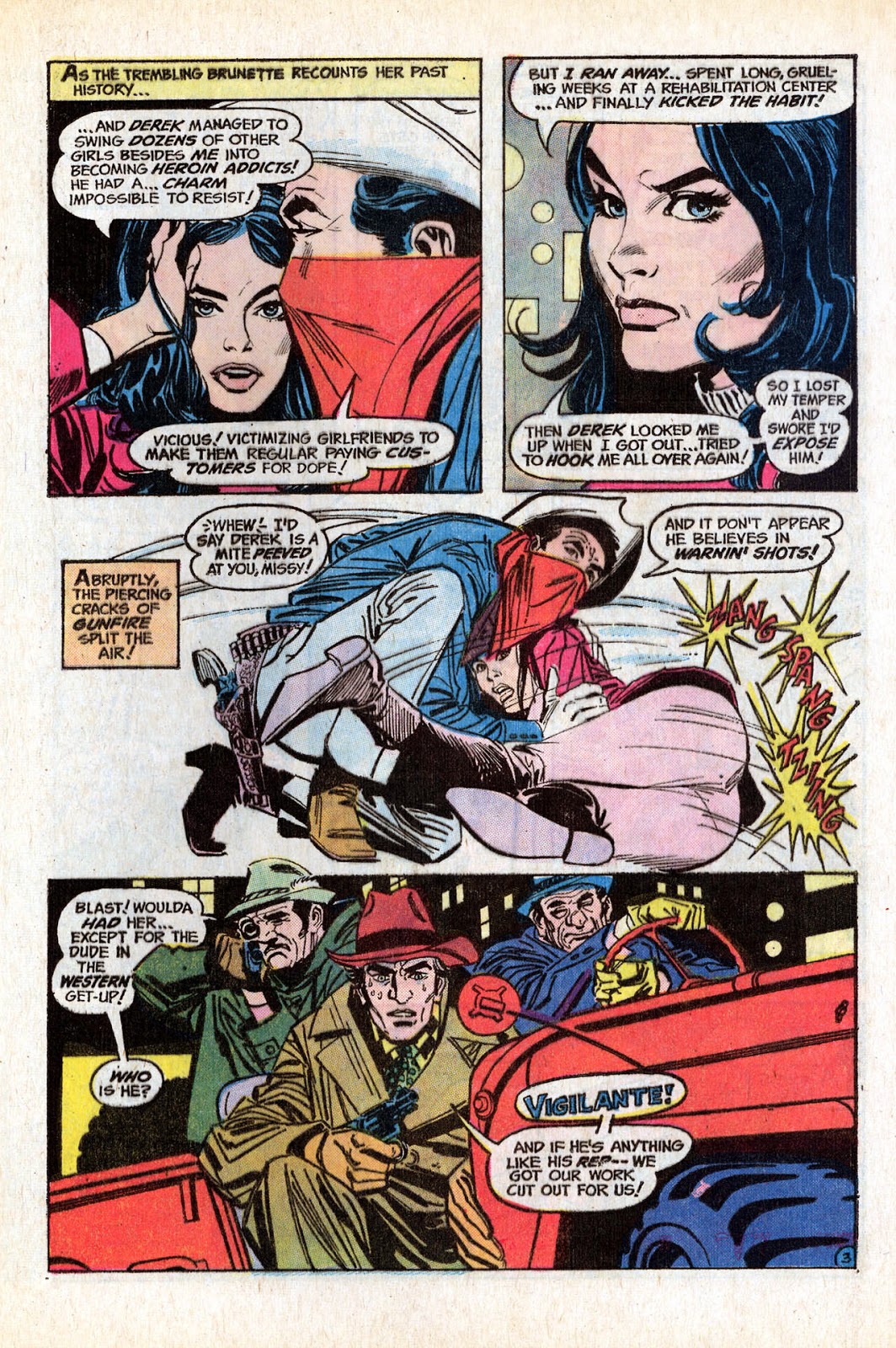 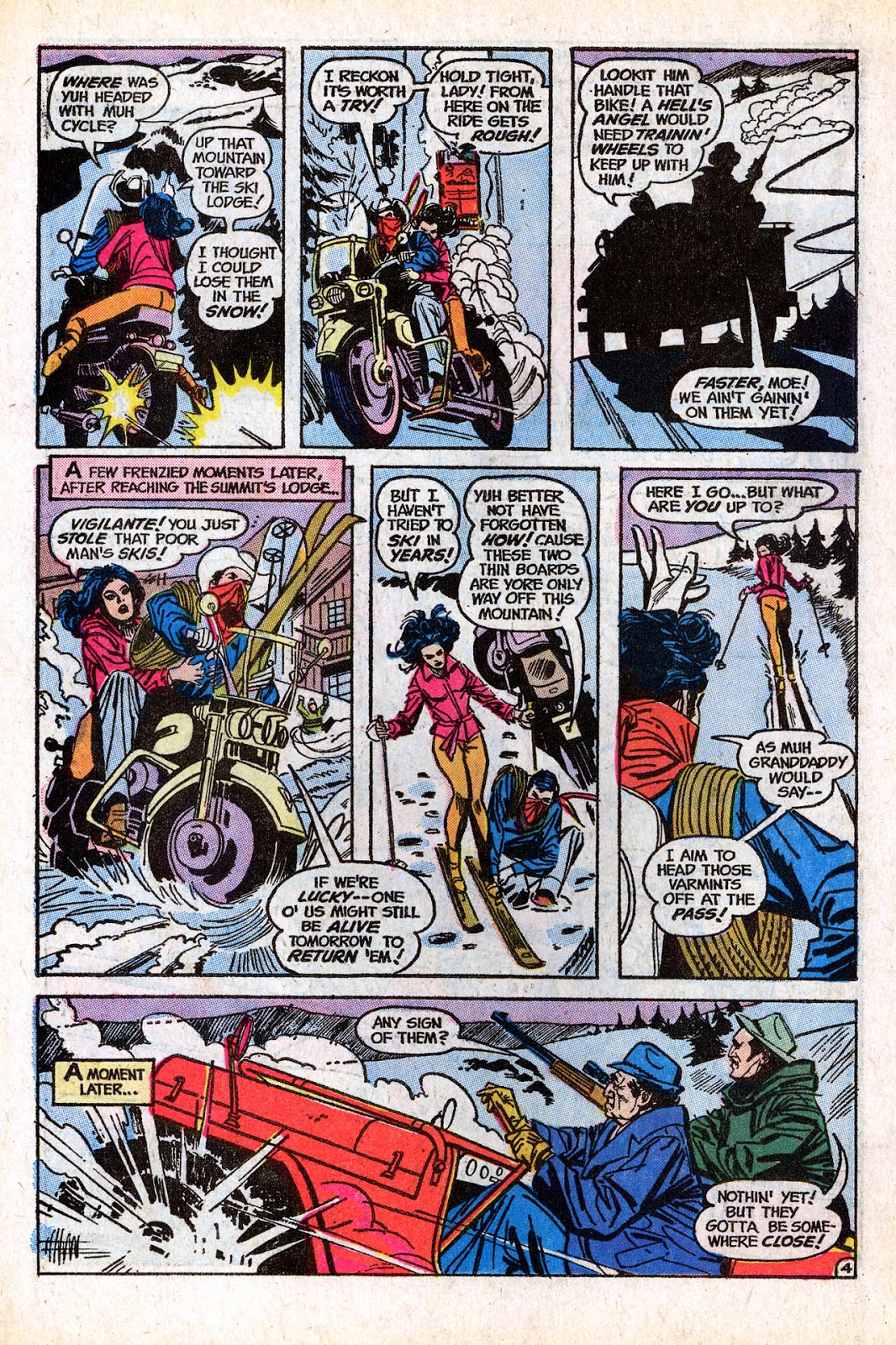 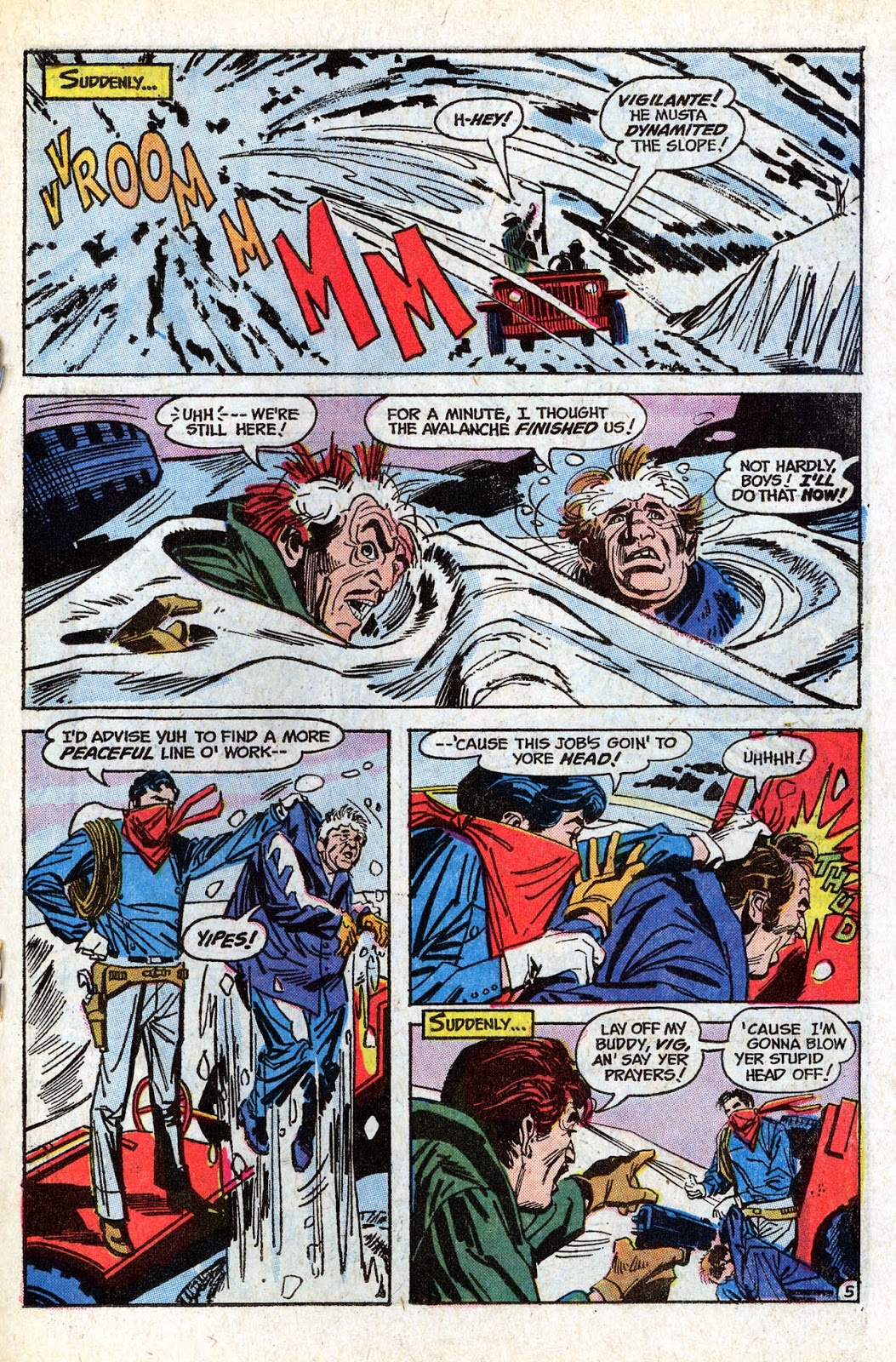 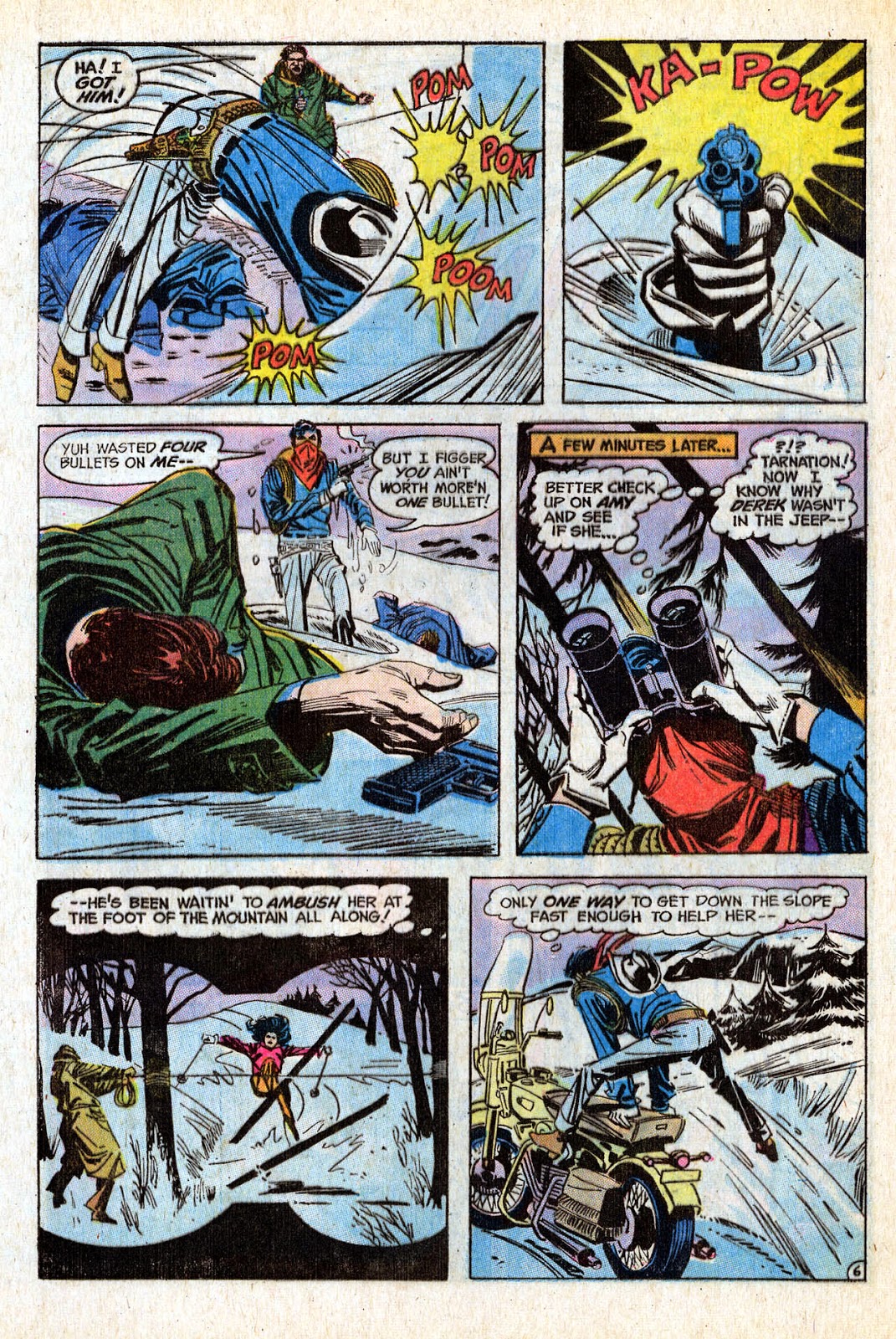 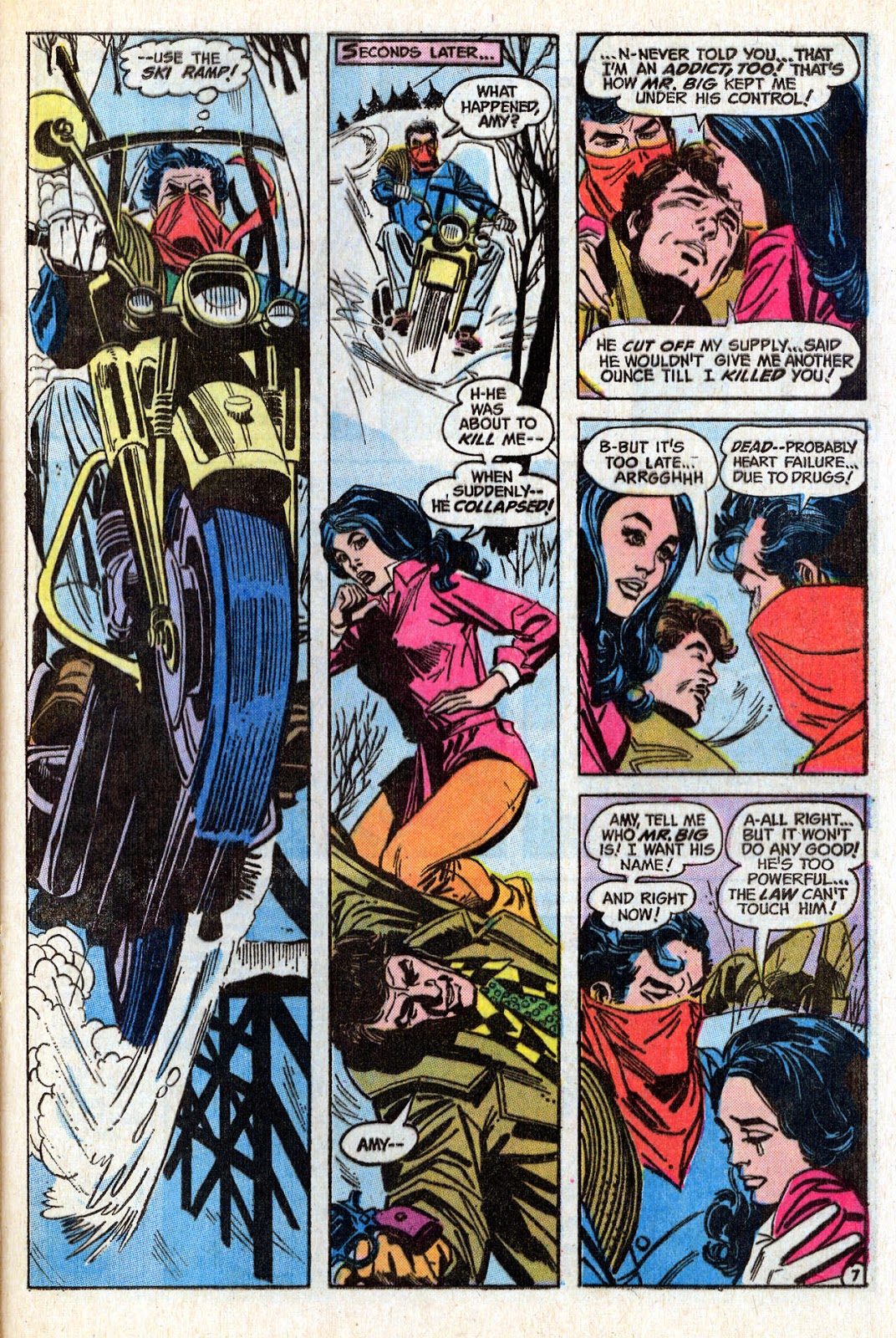 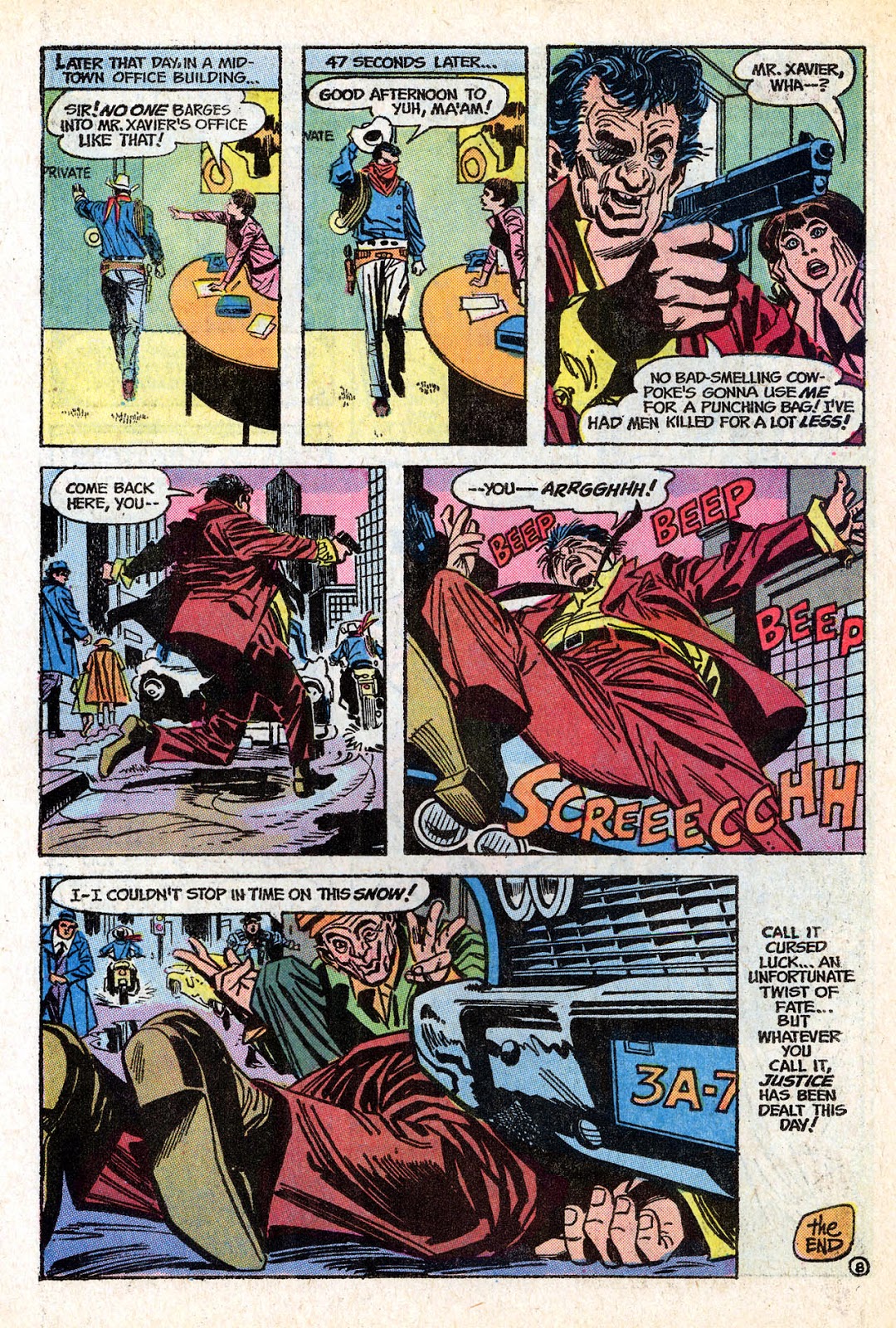