Kid Kong was the biggest star ( arf! ) of Monster Fun, coming in as the first strip of the fisrst issue, and starting out as he meant to go on, causing havoc in his eternal quest for 'nana's, and being scolded by his human friend Granny Smith, a deluded old lady who bought her glasses at the same shop as Mr. Magoo,
He was created by the late, great Robert Nixon, and was his favourite strip to draw, next to Frankie Stein. Kid was immensely ( arf! ) popular, and was Monster Fun's marquee character, being based on a really simple, endlessly adaptable premise.
He also, like a lot of IPC strips, regularly broke the fourth wall, as here where he insults the whole human race:

Or here, where he offers his lunch to his creator: 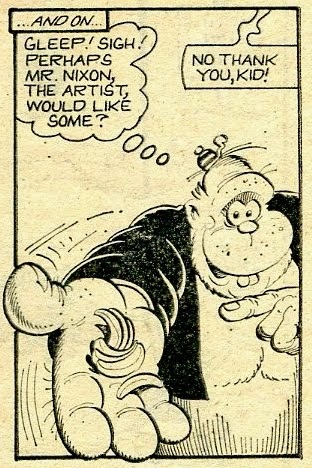 'Nana's, as you can see, play a big part in Kid Kong, and reached a weird kind of peak, as in the episode where, apparently, Granny takes Kid to Bananas Anonymous to cure his addiction.
Don't have that episode sadly, but here's some other examples, showing Nixon's mastery of size, scale and physical comedy. 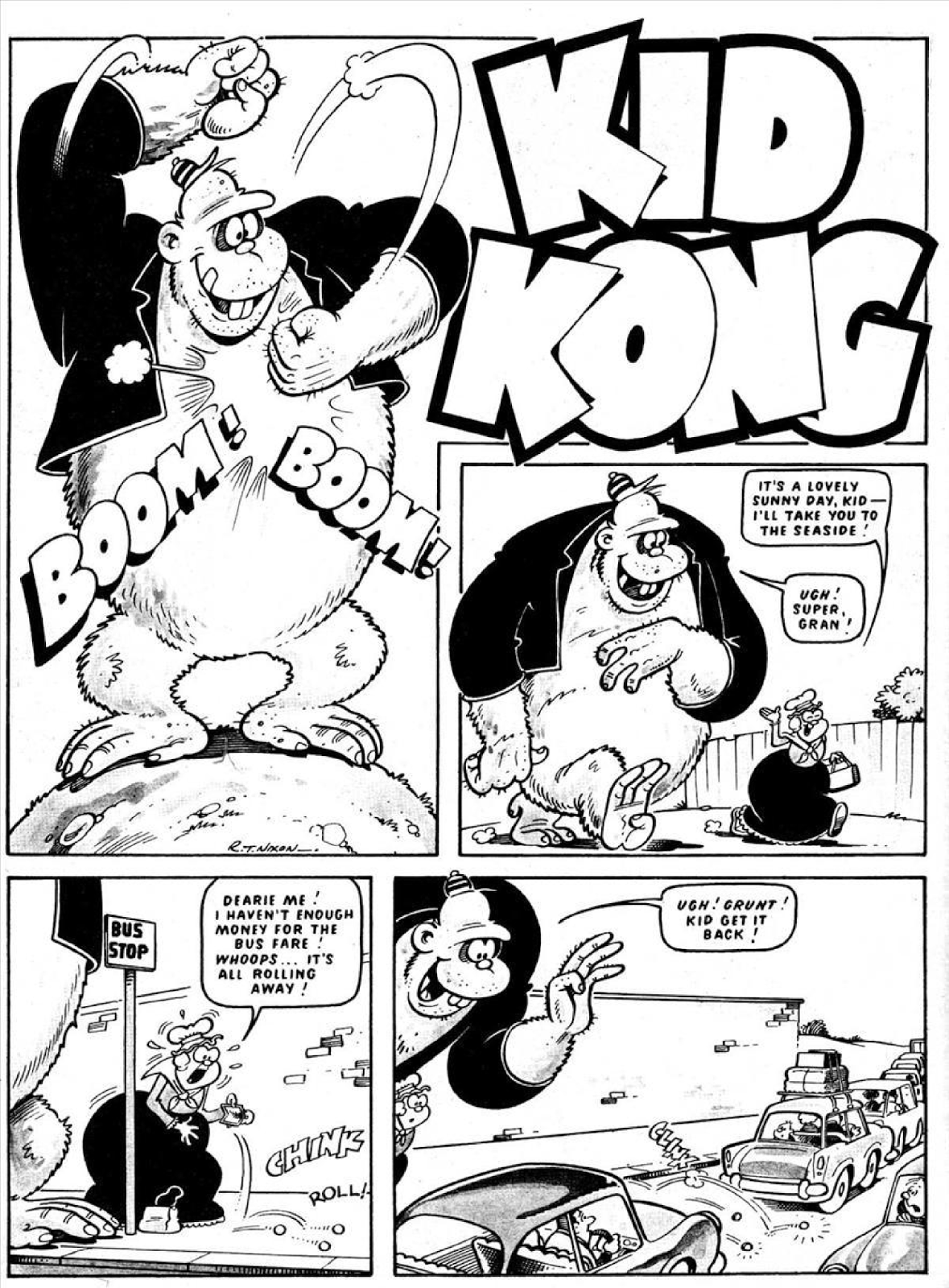 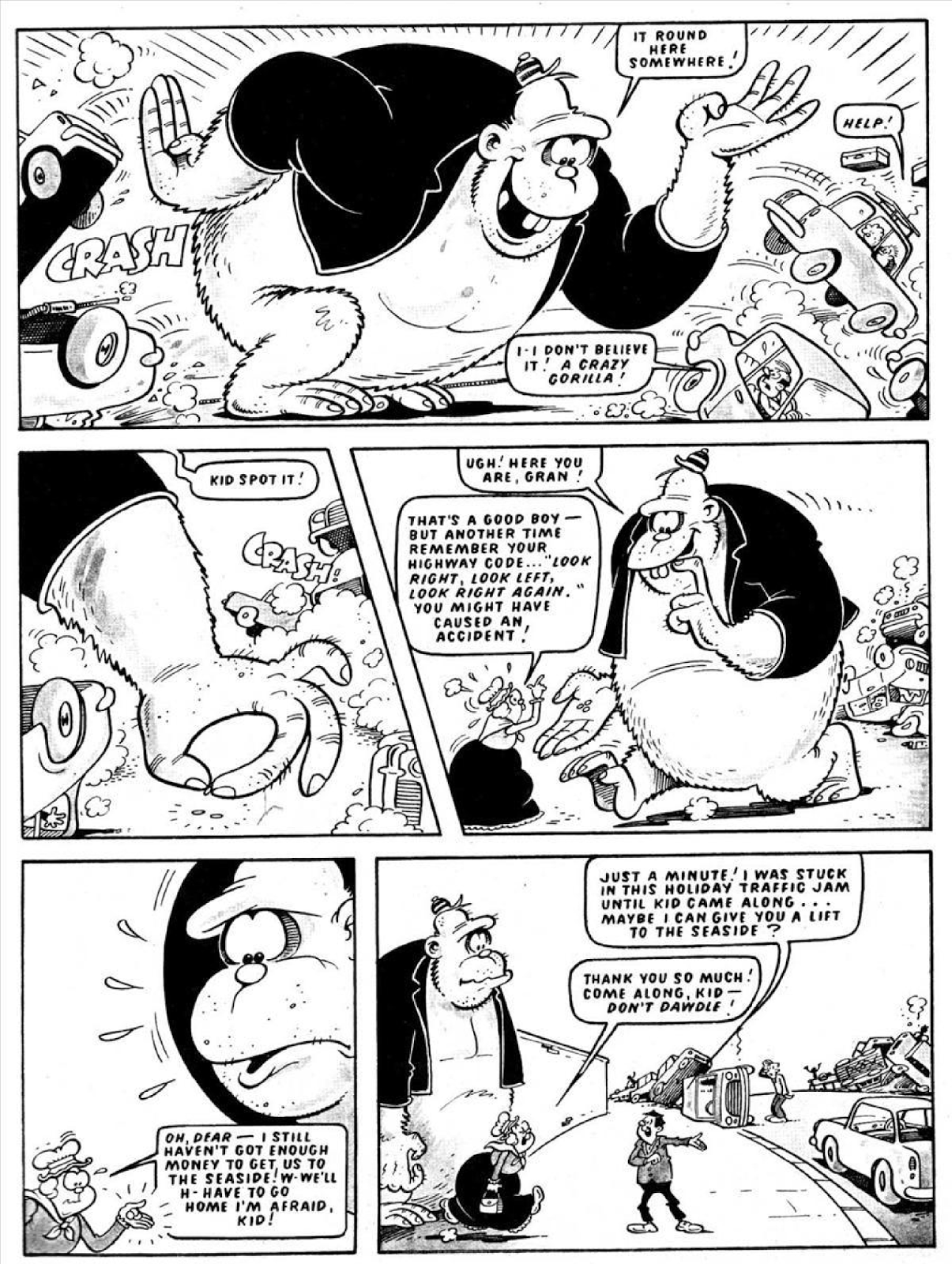 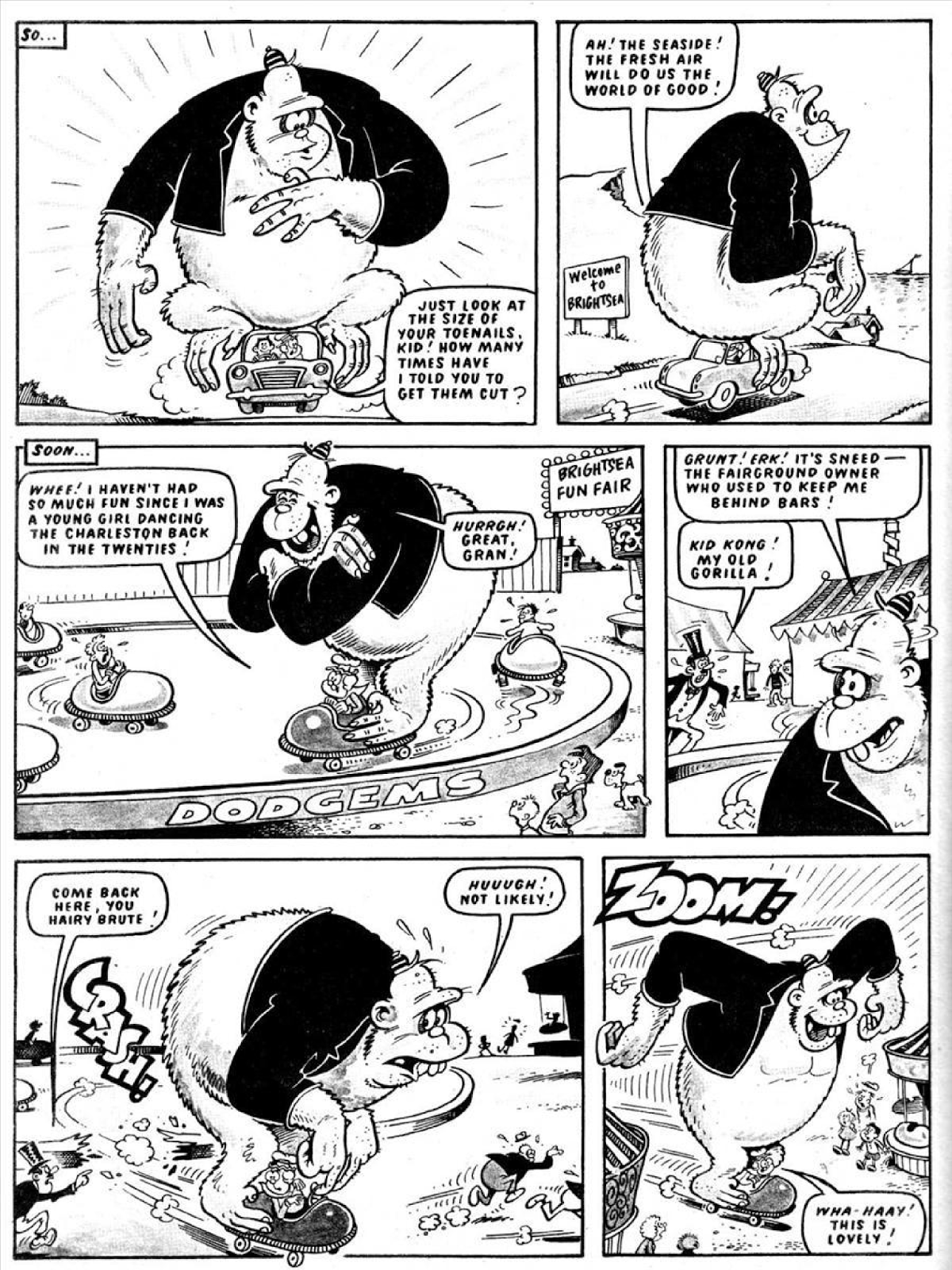 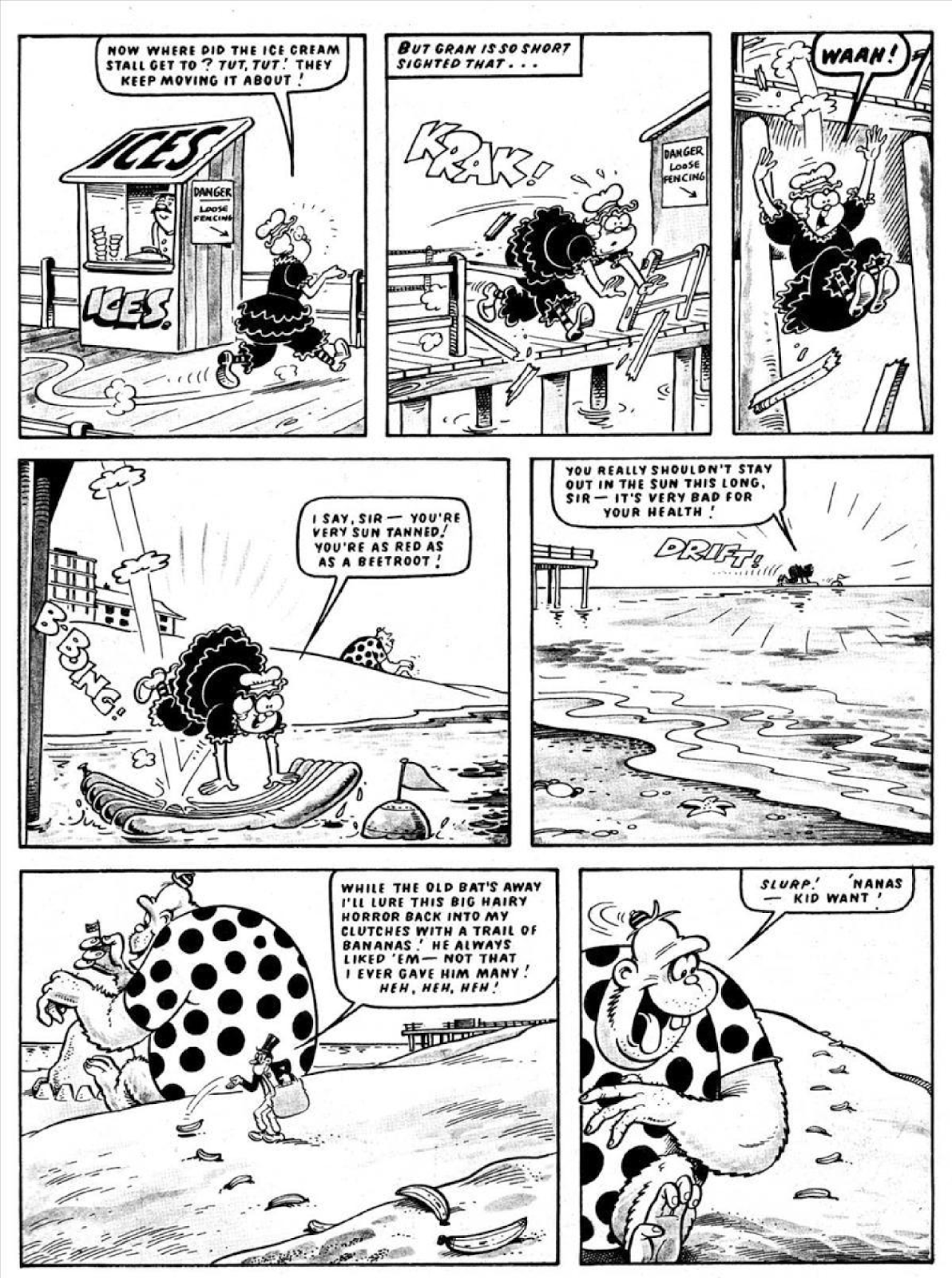 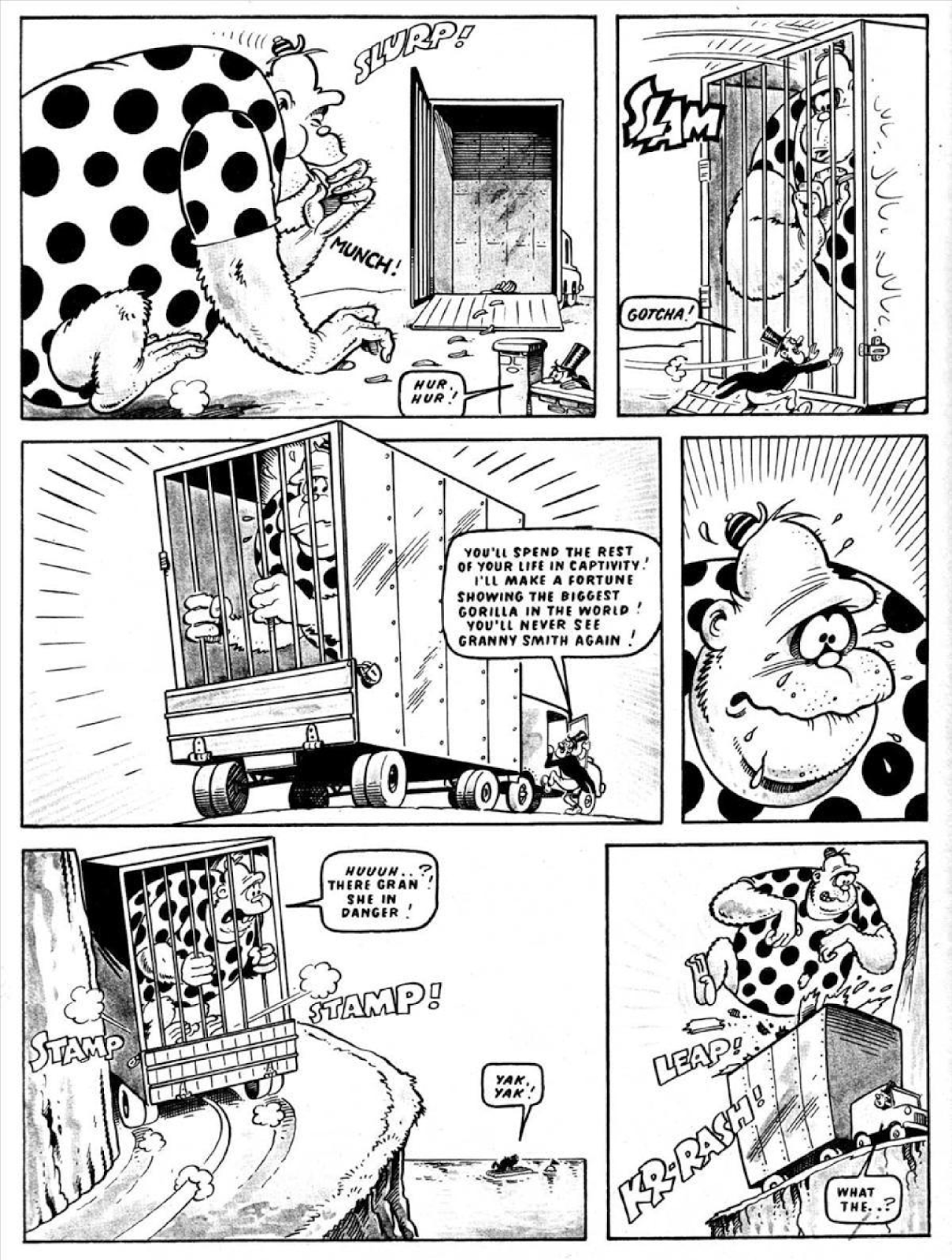 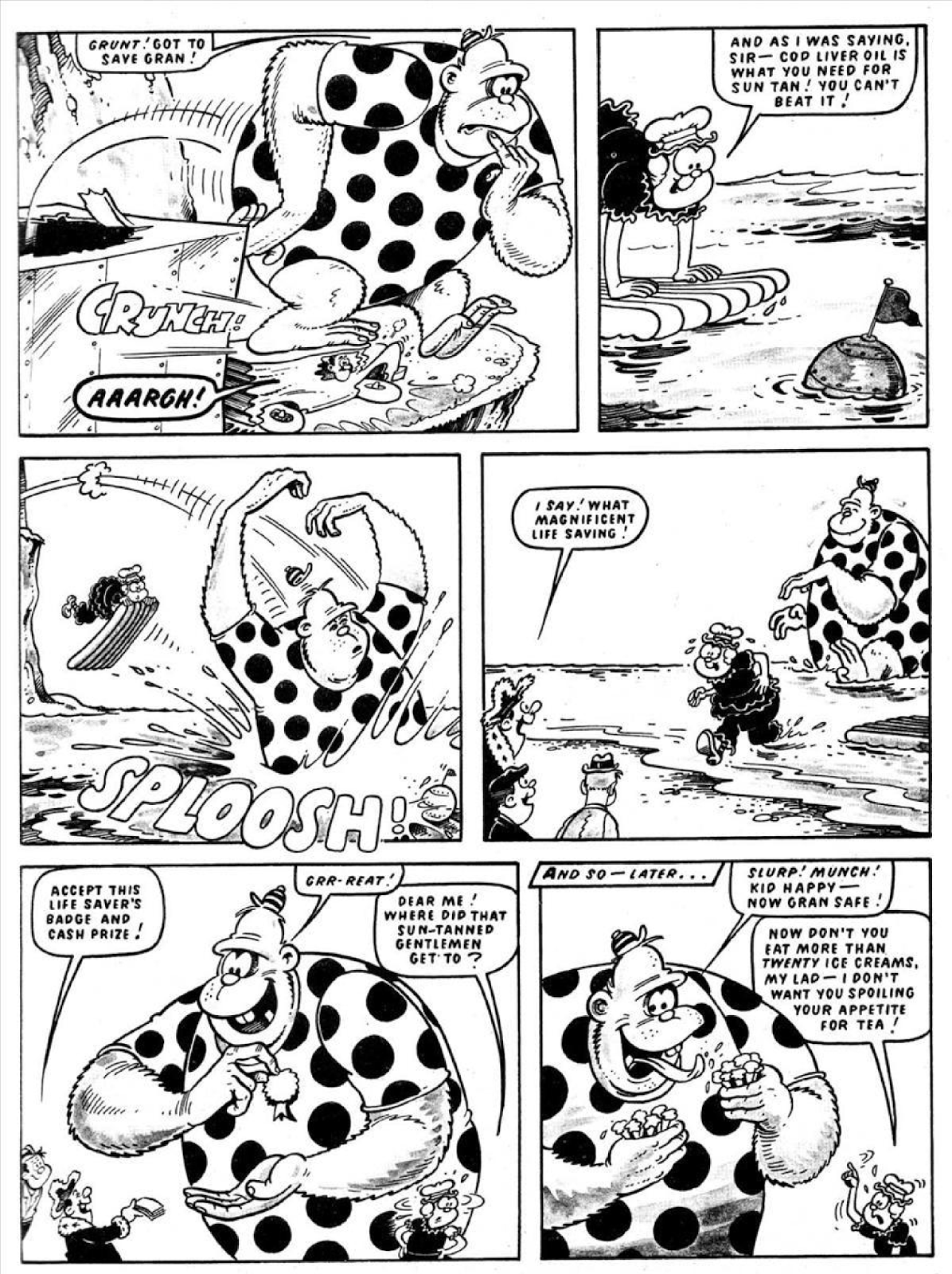