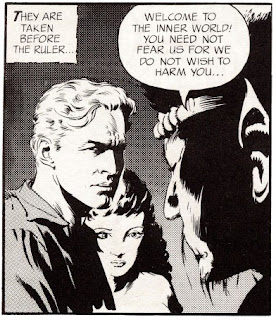 Savage World is an interesting one. At first, it seems to be 'just' another wonderful Al Williamson piece, with the added attraction that it stars Larry 'Buster' Crabbe. But there's a lot more to it than that, including the fact that it covers nearly the whole of comic history, having first appeared in the '50's, then being seemingly endlessly reprinted in the '60's, '70's, '80's AND '90's. Not bad going for a simple 8 pager. Plus, this actually isn't Williamson flying solo.
Here, from Kitchen Sink's Death Rattle, is Al in conversation with Dave Schreiner, to tell the whole story: 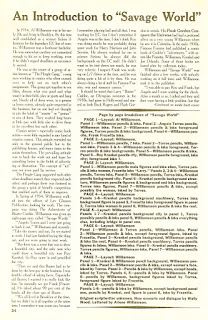 And here's the strip: 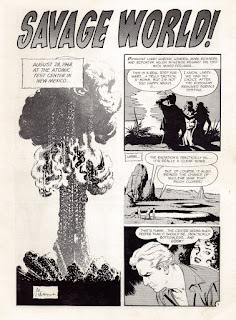 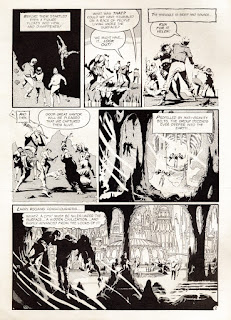 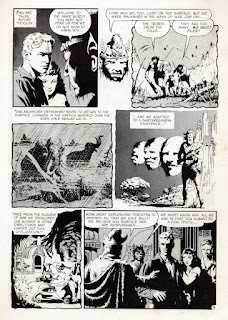 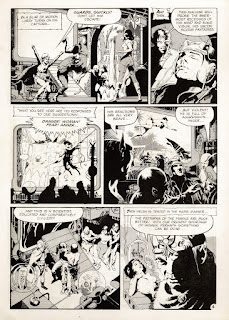 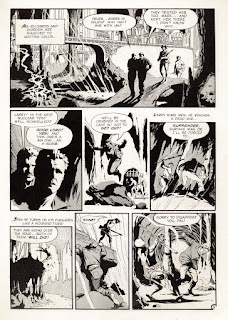 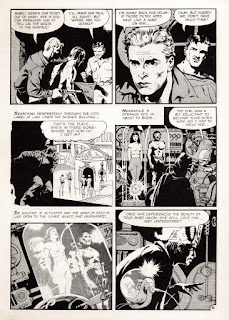 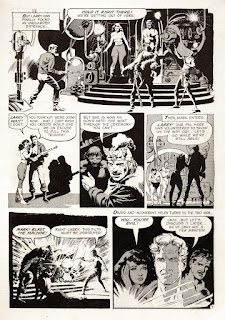 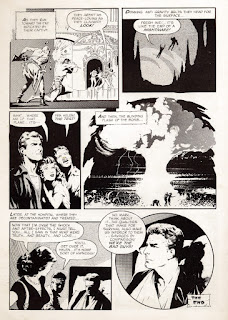 And, as we're all completists here, how about a gander at the aforementioned rewrite by Bruce Jones, from Alien Worlds. You got yerself some brass ones, don't'cha Bruce, rewriting Wally Wood & Al Williamson? 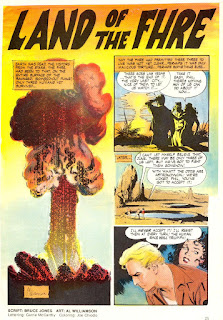 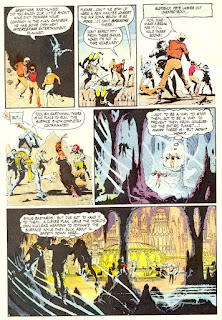 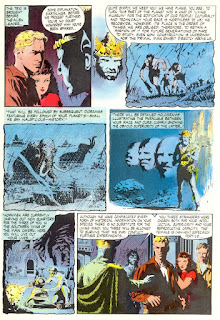 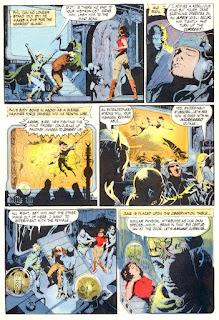 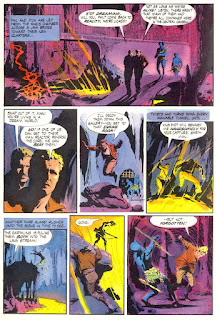 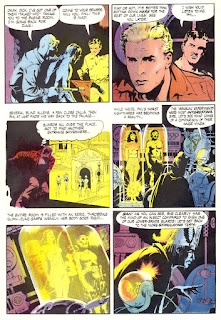 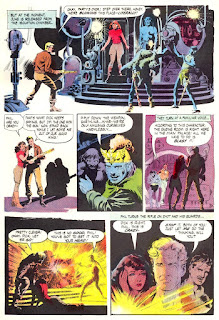 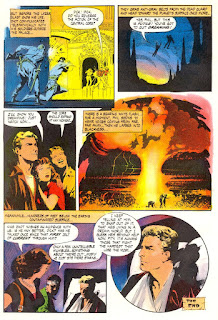