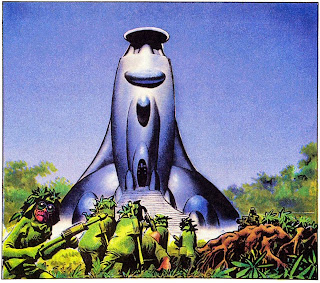 Something for minutiae fans now. Just for the hell of it, here's two slightly different versions of the same story by Jan Strnad & Richard Corben. A Brief Encounter At War appeared in the 1971 issue of an underground called Anomaly and seems deliberately to suggest it's part of a larger epic, though there were no further tales in this setting that I'm aware of. 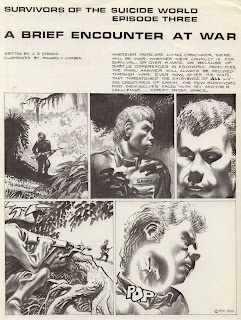 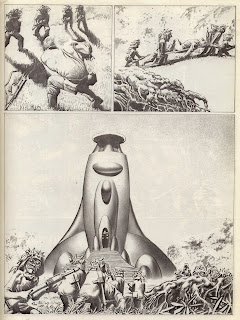 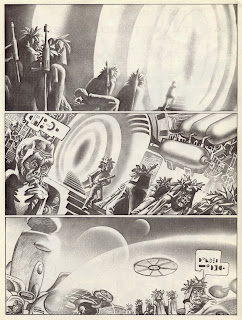 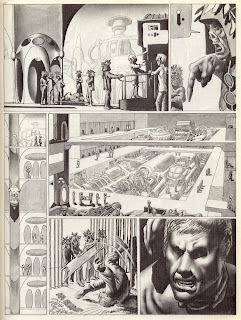 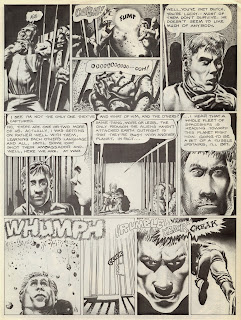 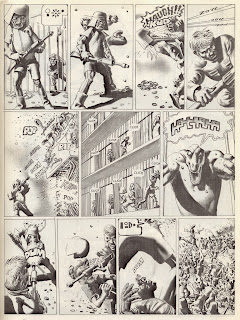 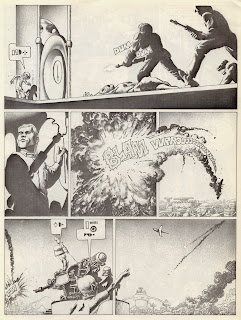 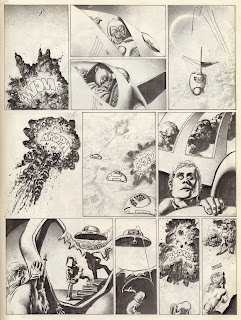 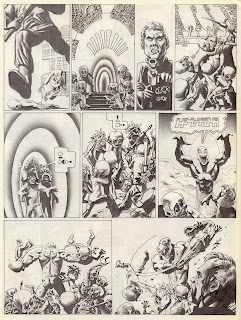 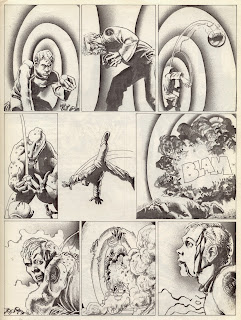 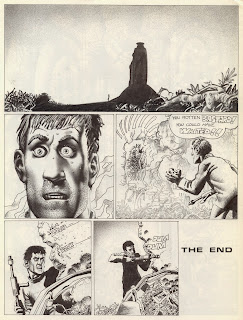 And here's the rejigged version that appeared in the next issue of Anomaly, a year later. It's certainly a tighter version in terms of the story, though you still wish there was more, and could find out what happens to poor old Captain Phillips. This version also made it's way into the 4th issue of Unknown Worlds Of Science Fiction, and years later, Corben coloured it and reprinted it in his own Den: Fantastic Adventures. So it's a tale that's had a bit of a shelf life. Still want to know what happens next though. 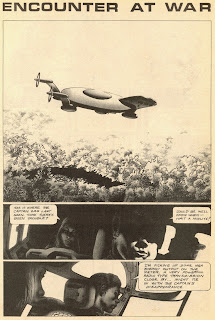 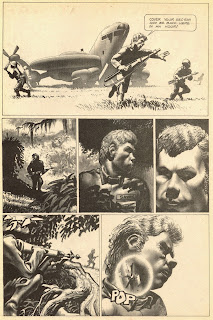 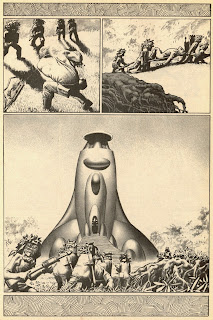 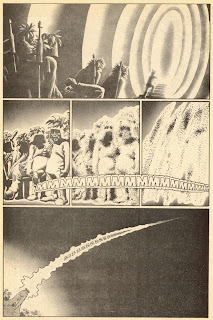 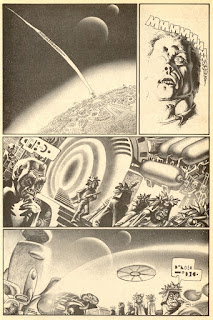 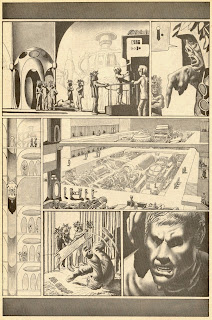 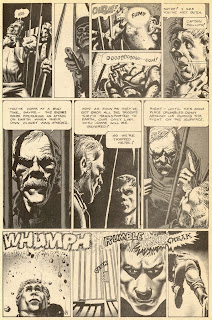 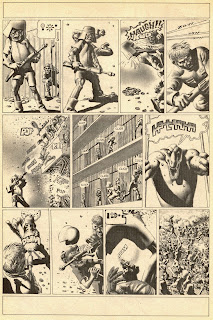 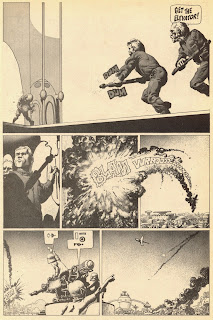 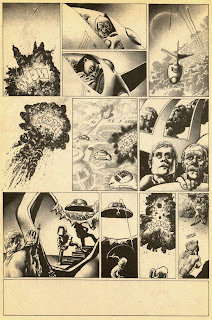 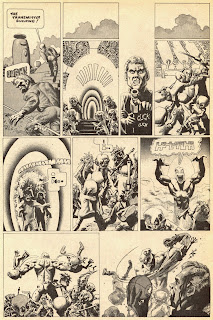 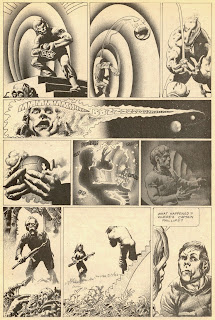 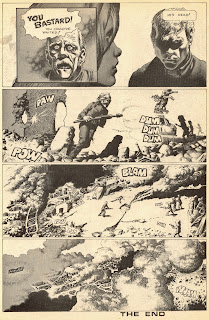