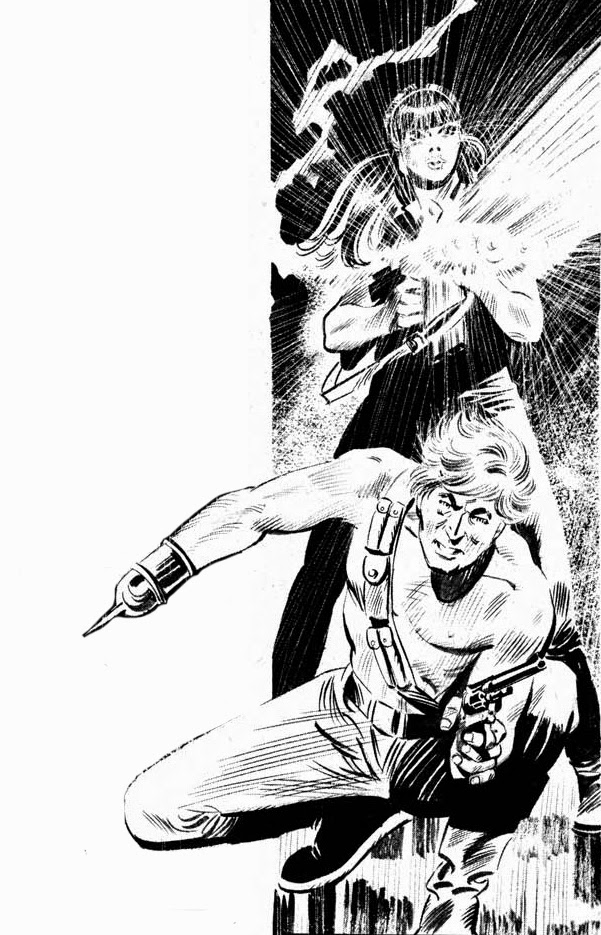 No, not that one. Derek Schreck was one of the first Eerie series heroes, the star of a suitably gory riff on I Am Legend. Throughout the series, he never tires of reminding us that 'Schreck' means 'Terror' in German. You'd think he'd be more concerned about being lumbered with the distinctly unheroic name 'Derek', but there you go, at least no one in this post apocalyptic action / horrror romp calls him Del Boy.
When the Moon is blown up in a nuclear exchange, deadly radiation blankets the Earth, turning most of the population into drooling lunar maniacs, leaving our hero fighting ( and stabbing, and bludgeoning ) to survive.
It's by Doug Moench, the man who never slept throughout the Bronze Age, and reads very much like something from Monsters Unleashed with it's flashback / forward structure and overly purple narration, but it's definitely a Warren worldview, and Moench & Schreck make it clear that things will not end happily. And, once it kicks in, it's a riot.
For instance, in the first episode, you've got Schreck inexplicably dressed like a refugee from a Hammer Horror, then, once he falls in with fellow survivor Bright Eyes ( after a whole lot of running, jumping and stabbing ) he's gifted with a metal stump in place of his missing hand, with all sorts of useful screw-on weapons attachments. All this years before Bruce Campbell strapped on a chainsaw in Evil Dead 2. Here's the first chapter. 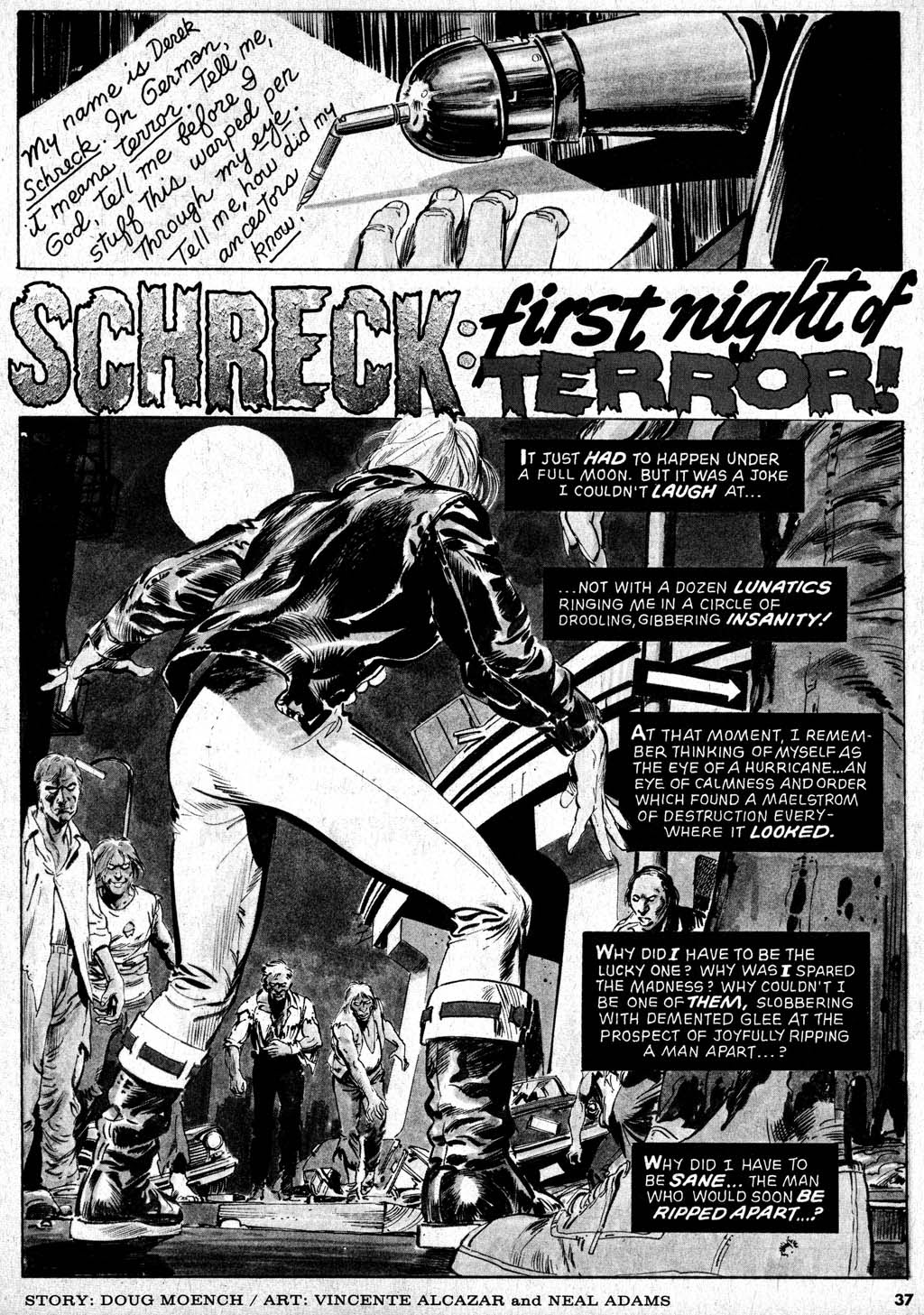 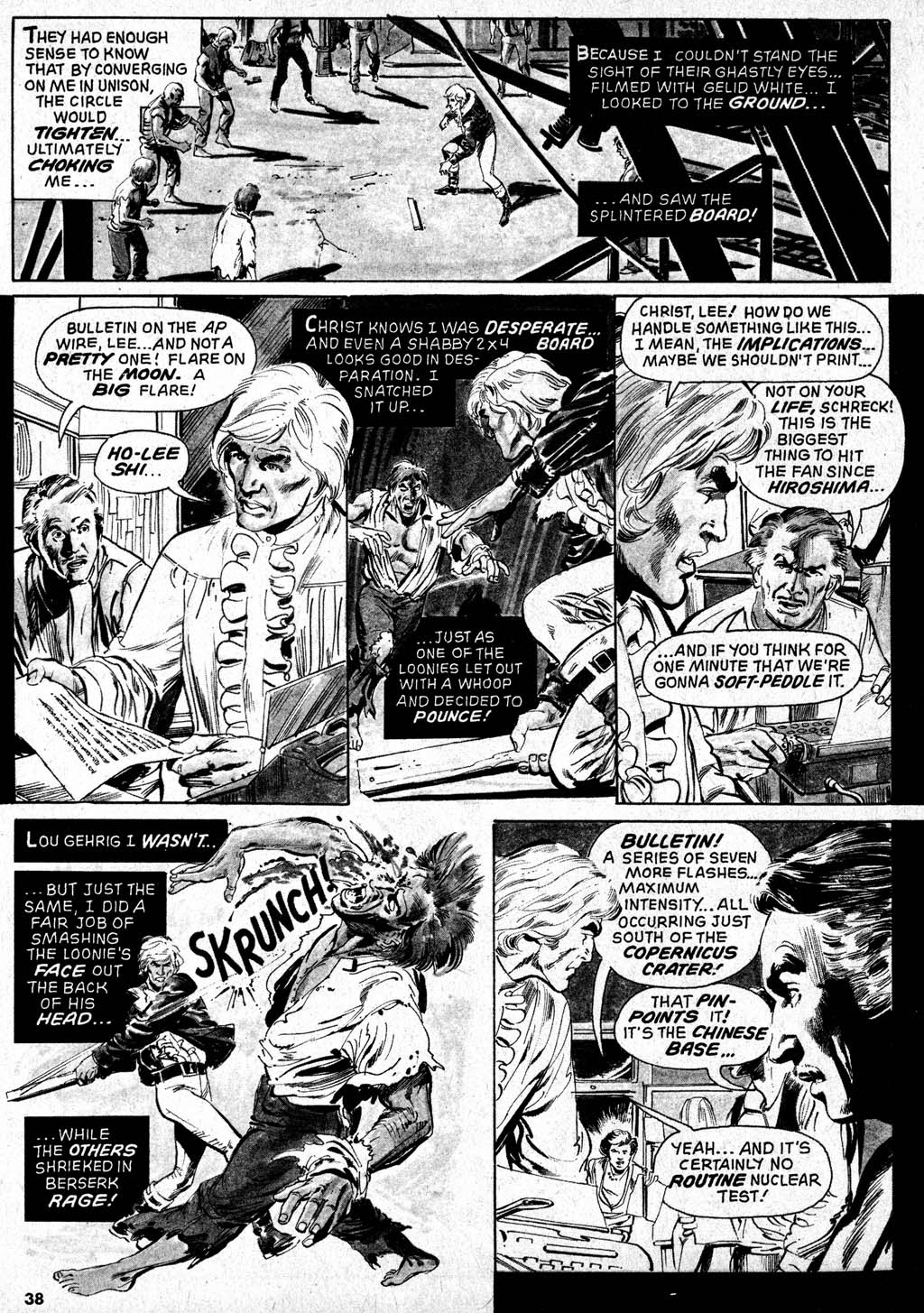 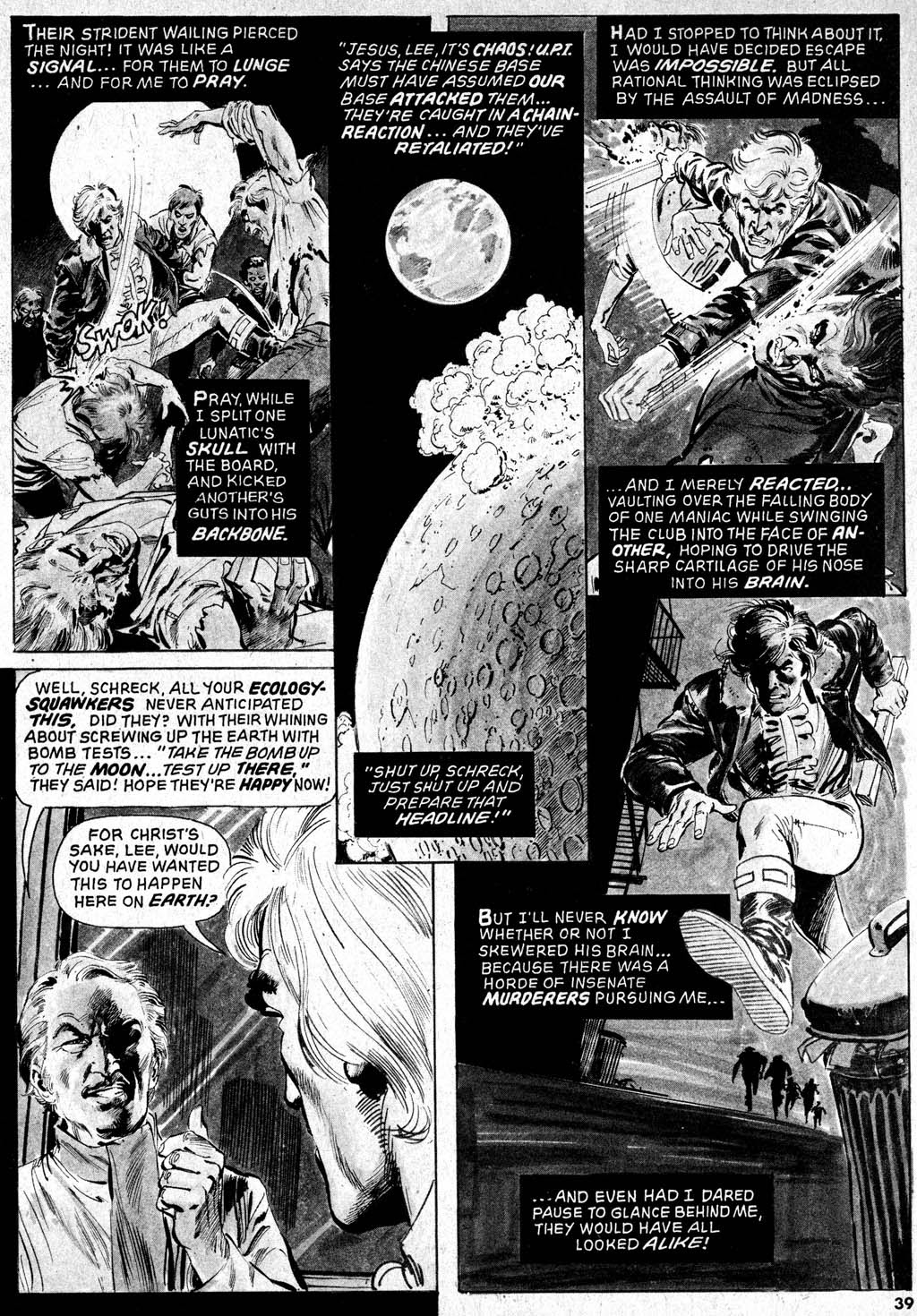 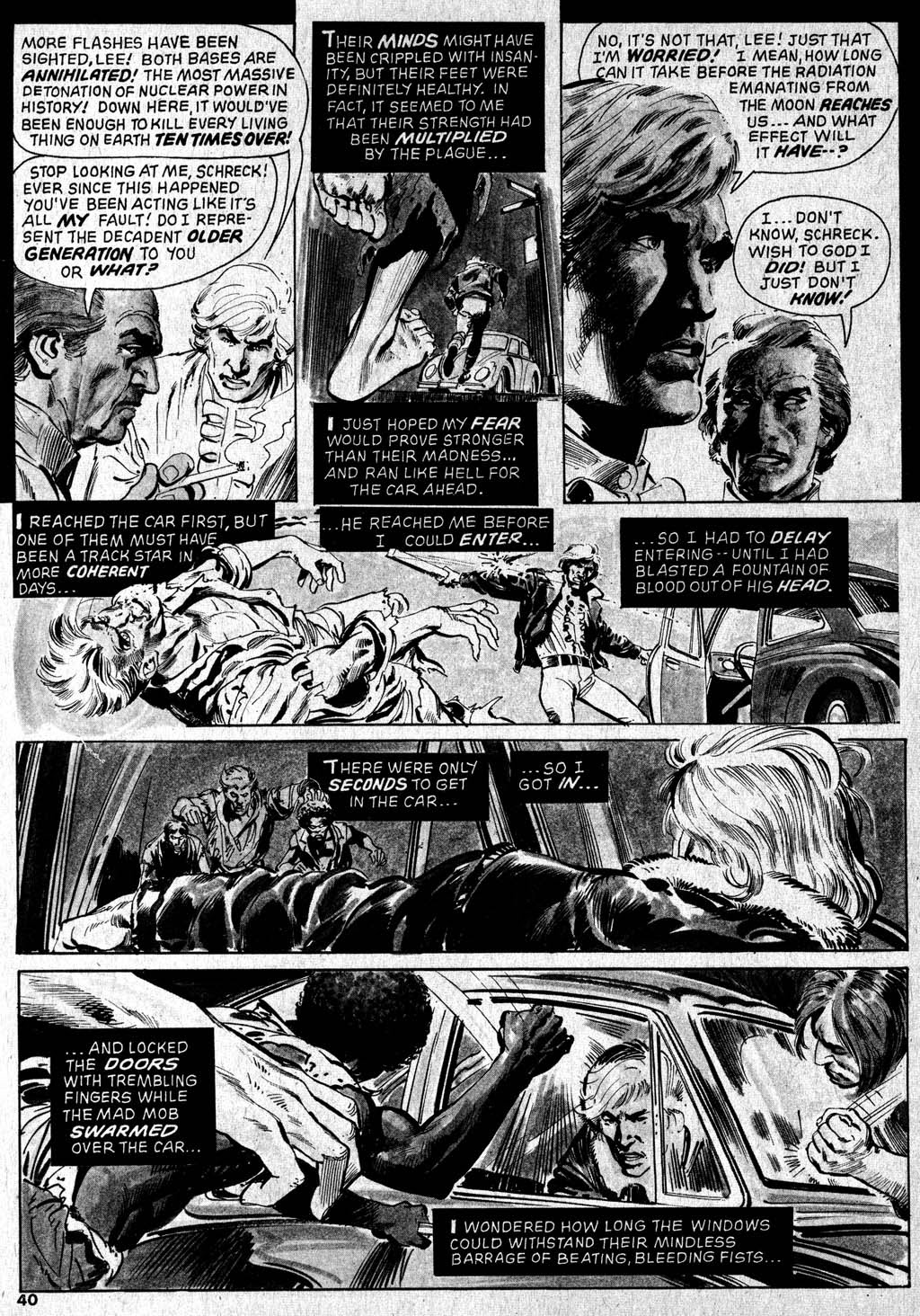 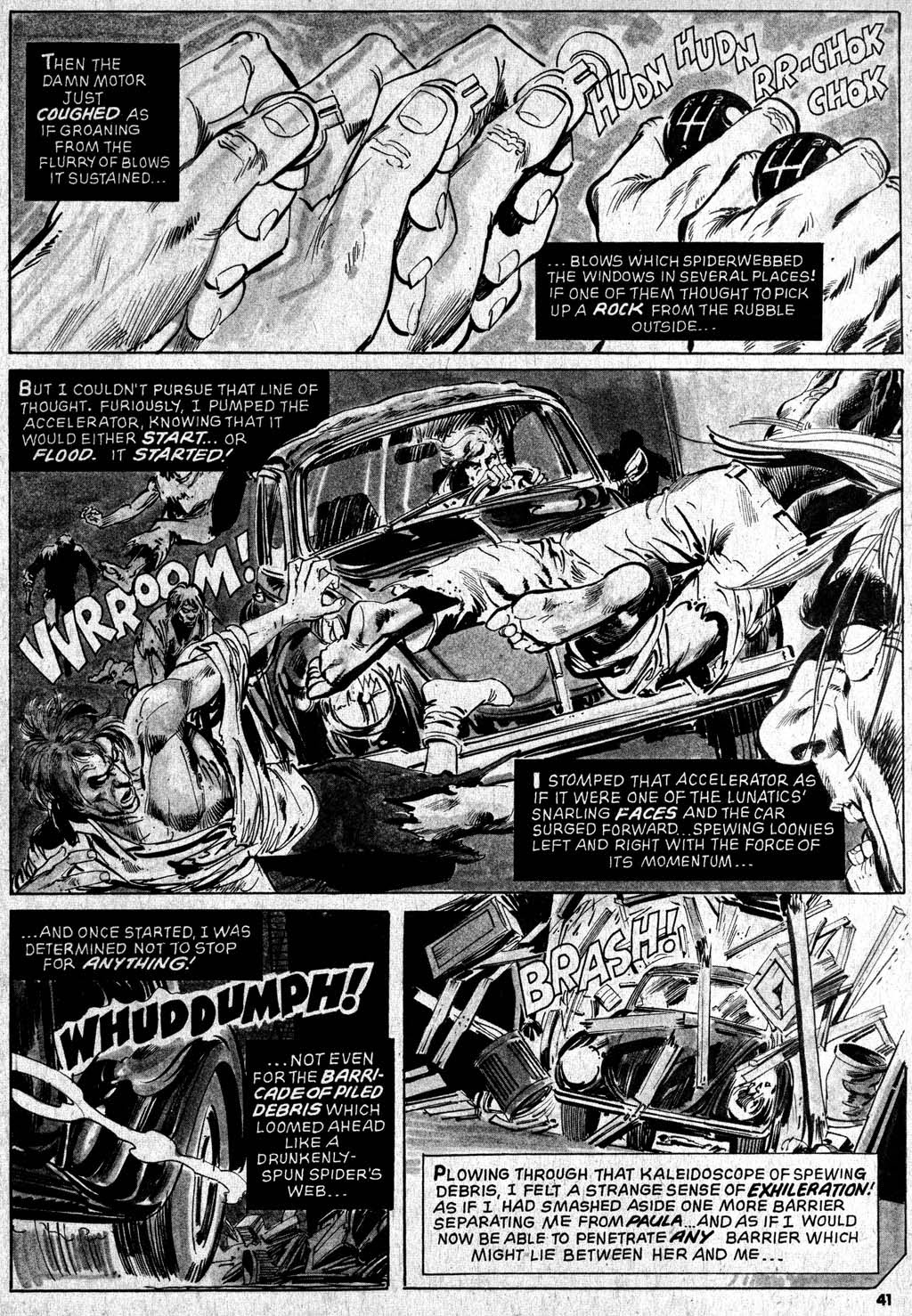 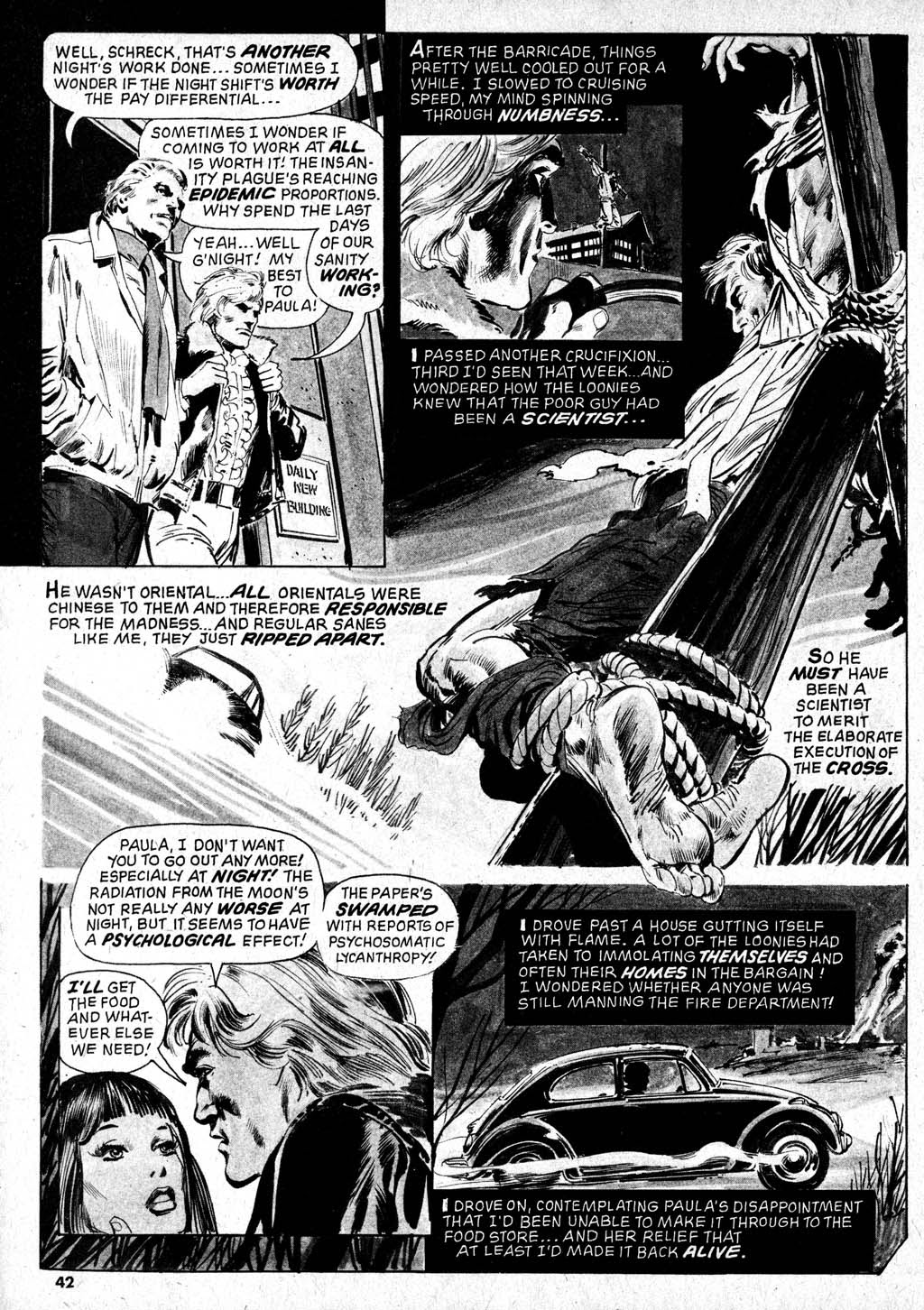 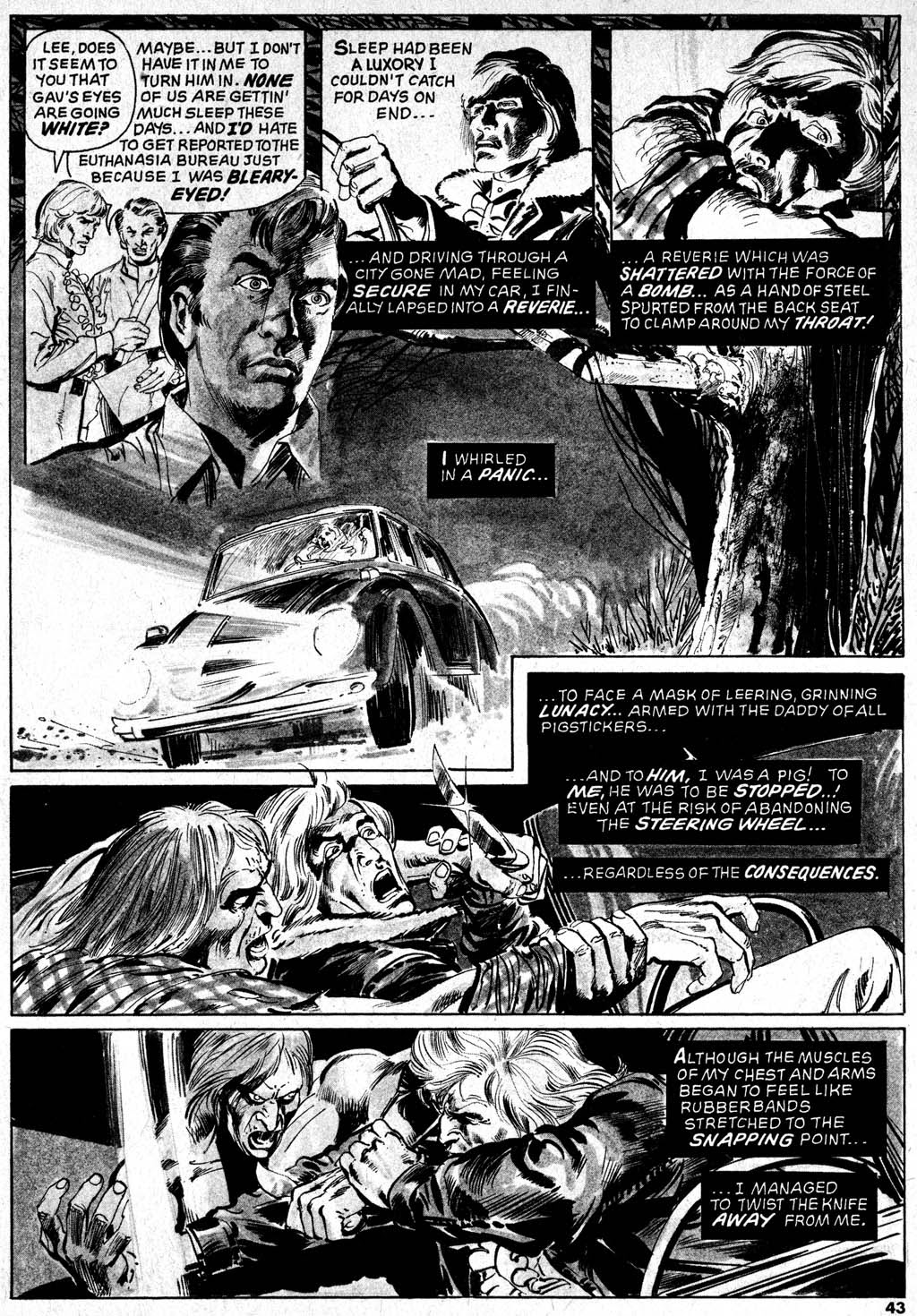 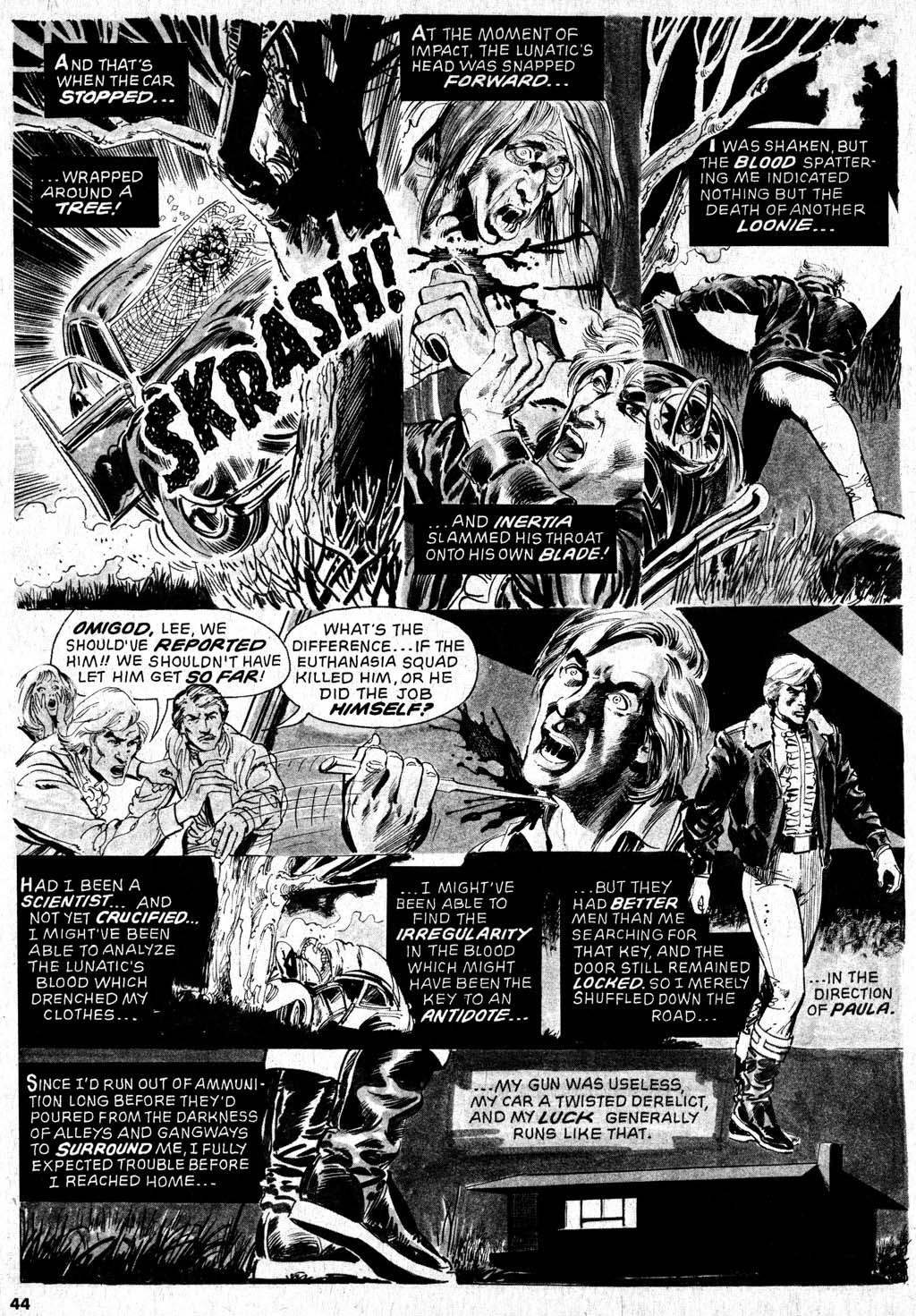 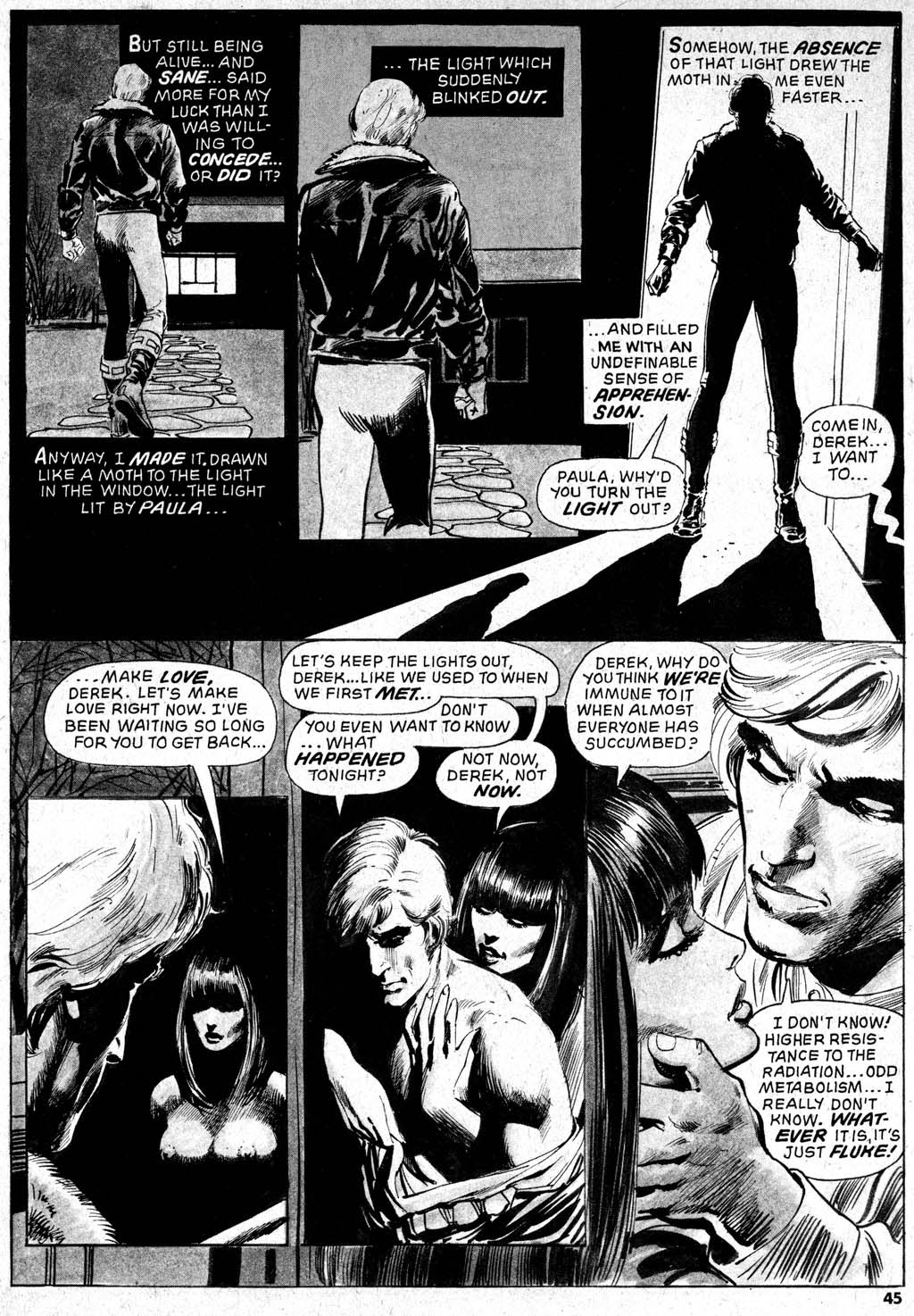 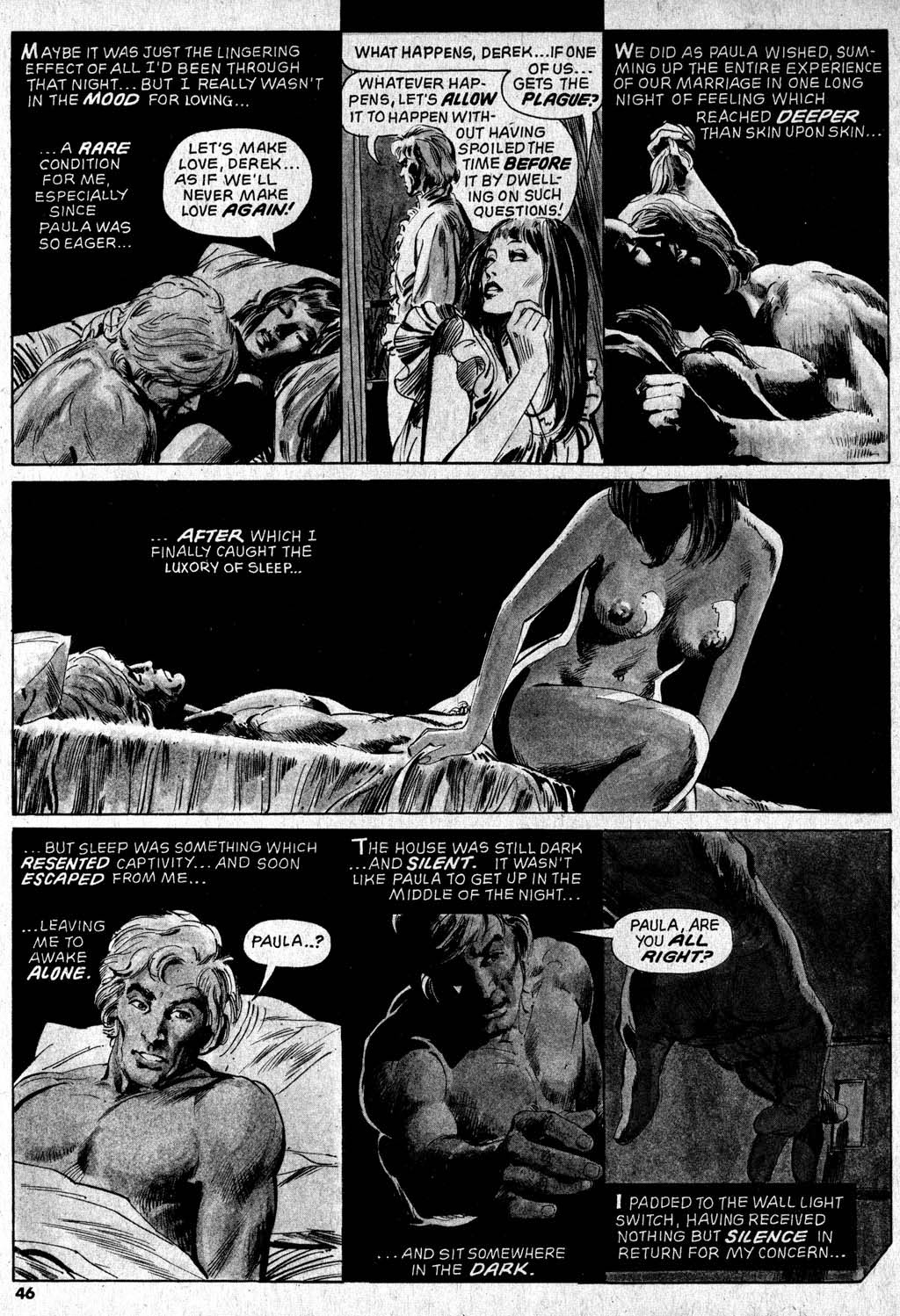 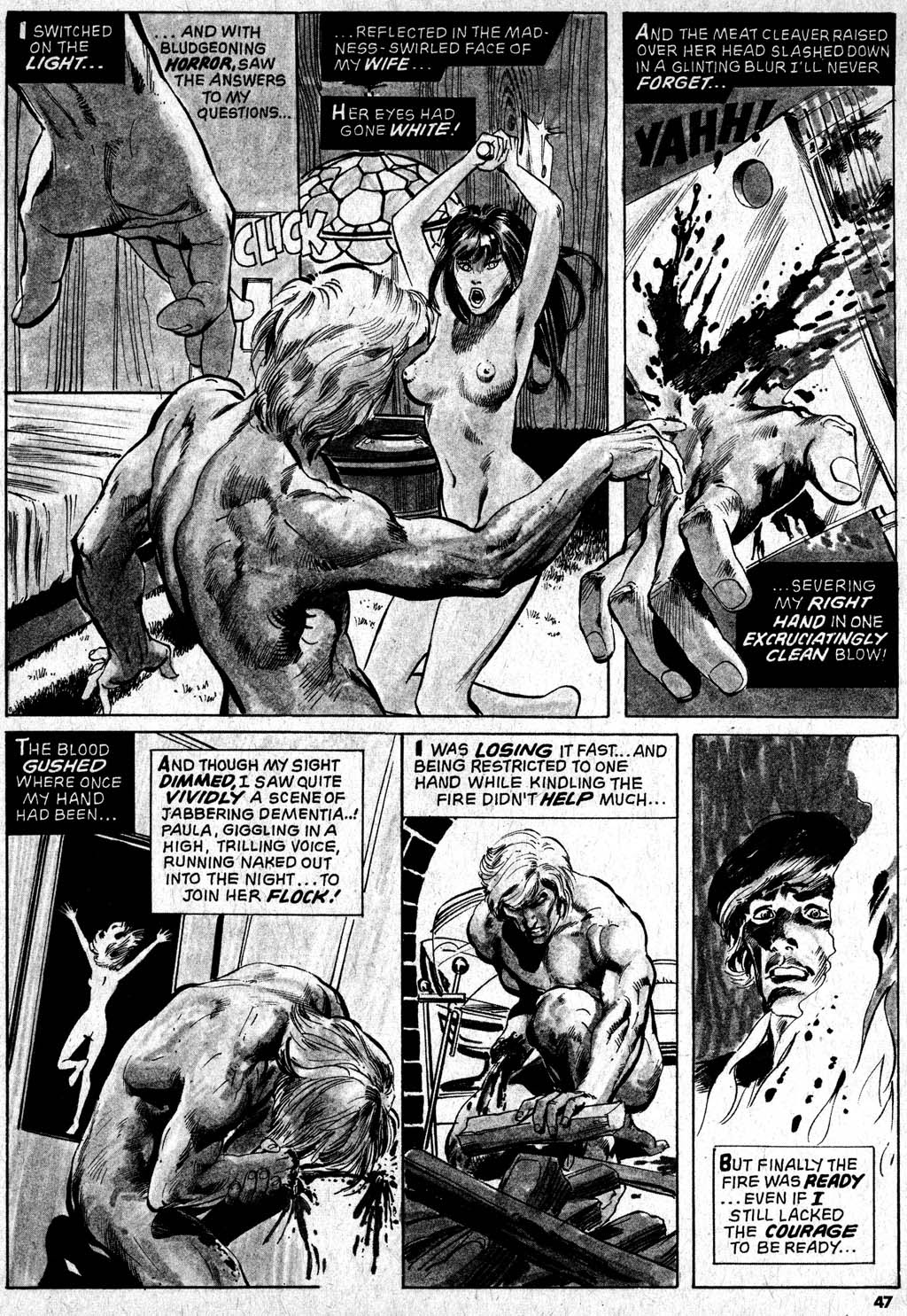 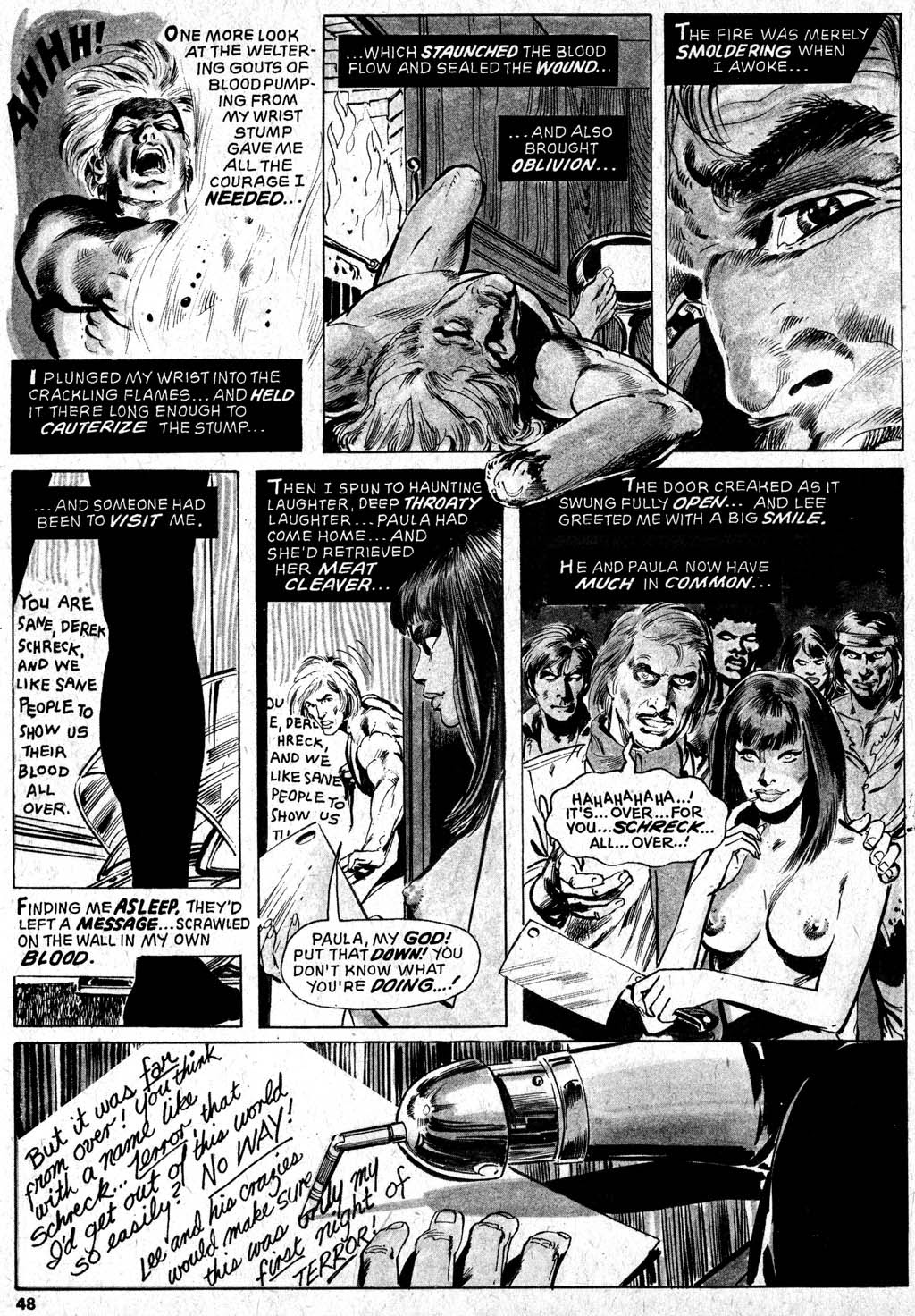