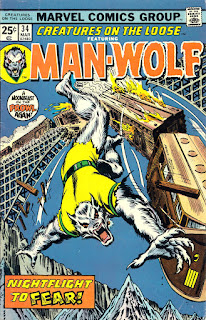 I always liked what Dave Kraft & George Perez did with Marvel's other lycanthropic hero Man-Wolf, and felt like, given time, it might've turned into something great. Ok, so J. Jonah Jameson's hairy son John was a bit of a square-jawed cipher at first, but Man-Wolf was visually different enough from Werewolf By Night to be worth a look. It also gave Dave a chance to give ol' JJJ a bit of depth, as he fretted over John's constant moonstone-inspired transformations, plus you also got shouty rent-a-monster-hunter Simon Stroud popping over from Morbius' strip, which was fun.
Like a lot of mid-level Marvel mags of the time, it's the incidental details rather than the main plot that make Man-Wolf, like in this issue, where John ( and his hirsute alter-ego ) hits the road, gets back to nature, and generally tries to get his head together man, along the way meeting a hippie couple who must've been actual friends of DAK's, so much time is spent on them.
If anyone needed further reason for this series to exist, this particular issue also ends with Jameson about to change into Man-Wolf while riding a motorbike, because as we all know, there is literally nothing cooler than a werewolf riding a motorbike. 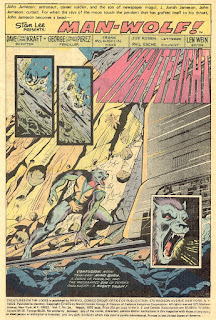 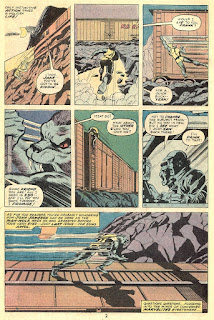 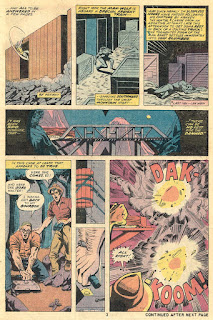 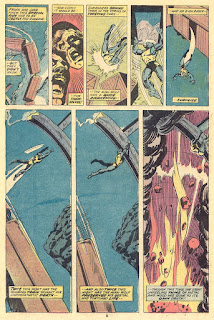 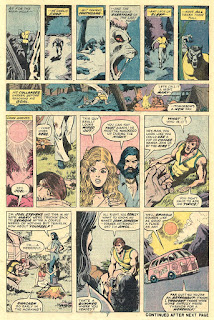 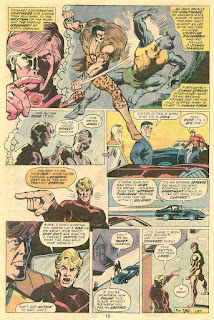 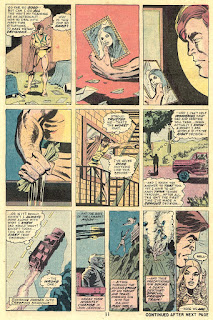 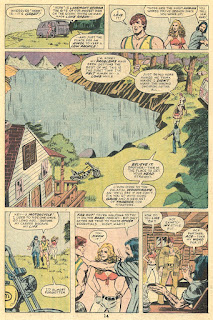 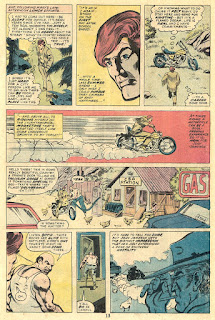 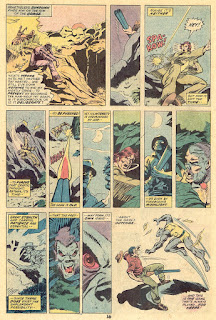 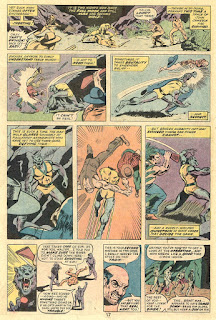 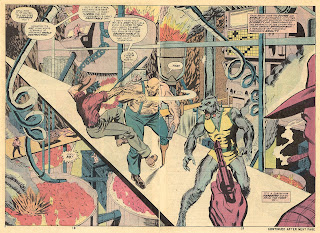 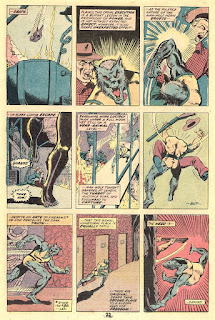 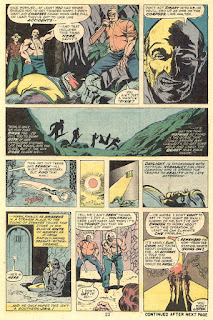 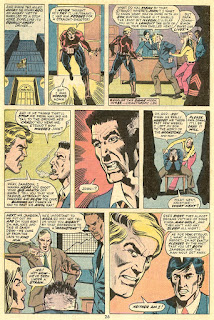 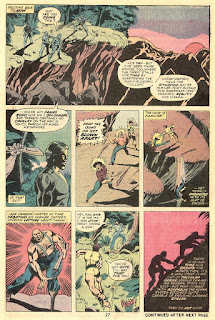 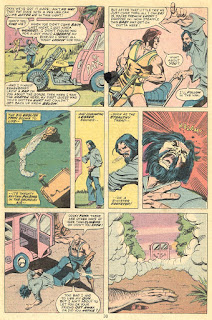 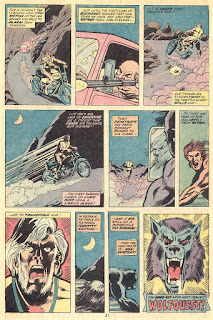 Nah, I can't leave you hanging like that. Here's the first couple of pages of the next issue. Because there is NOTHING cooler than a werewolf riding a motorbike. 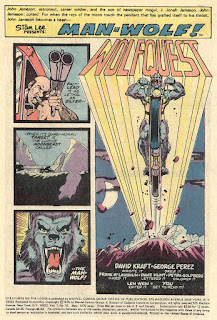 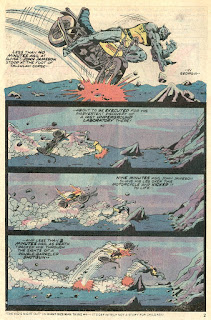 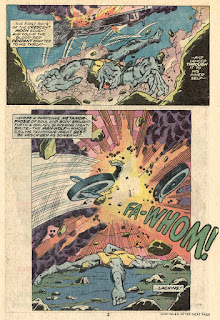