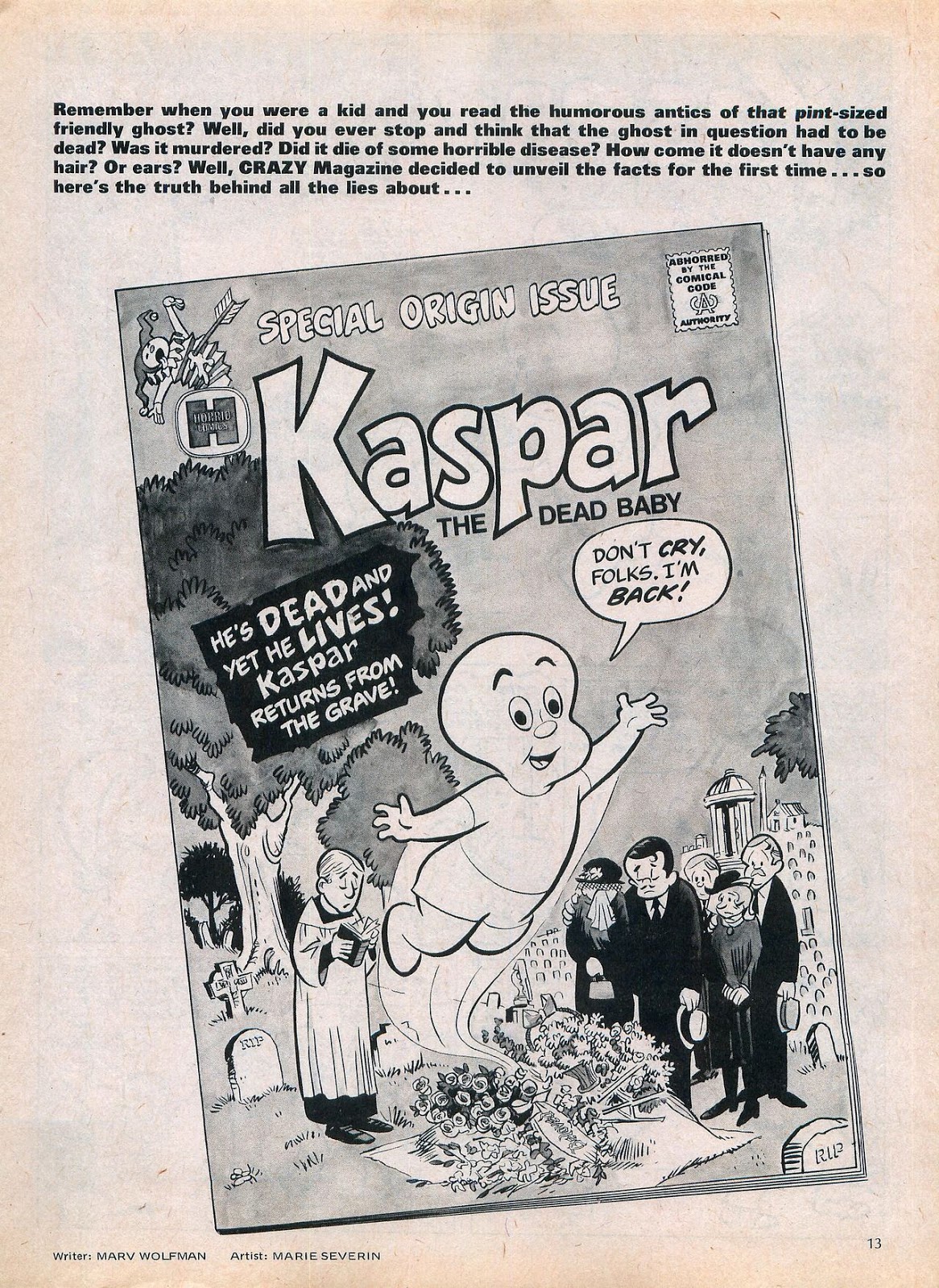 Here's a quickie but a goodie from Crazy #8, courtesy of Marv Wolfman and Marie Severin.
Kasper The Dead Baby won the Academy of Comic Book Arts humour award for 1974, and is actually an oddly disturbing and angry little strip. Disturbing because, before it turns into an EC like revenge fantasy, the domestic violence is actually quite unsettling. And angry because it's almost like Marvelous Marv has gone beyond simple satire, and taken it upon himself to be personally affronted with Harvey Comics' entire line of innocuous, loveable characters.
I mean, Steve Gerber? Don McGregor? Sure, you'd expect them to be taking a literary pickaxe to Harvey, but Marv? Not smiley ol' Marv, surely? Well, clearly yes, 'cos this is vitriolic stuff, and once seen, can't be unseen. 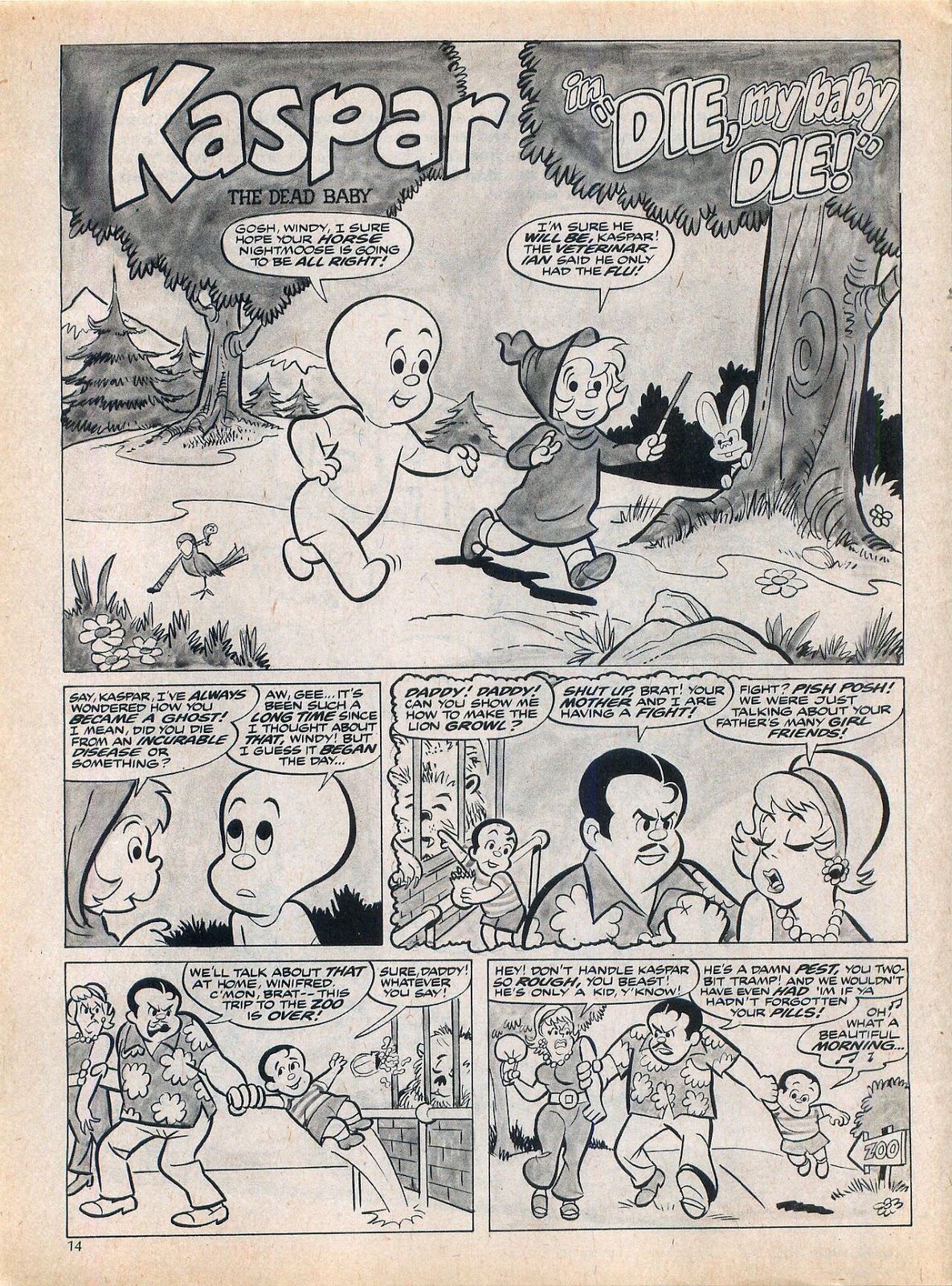 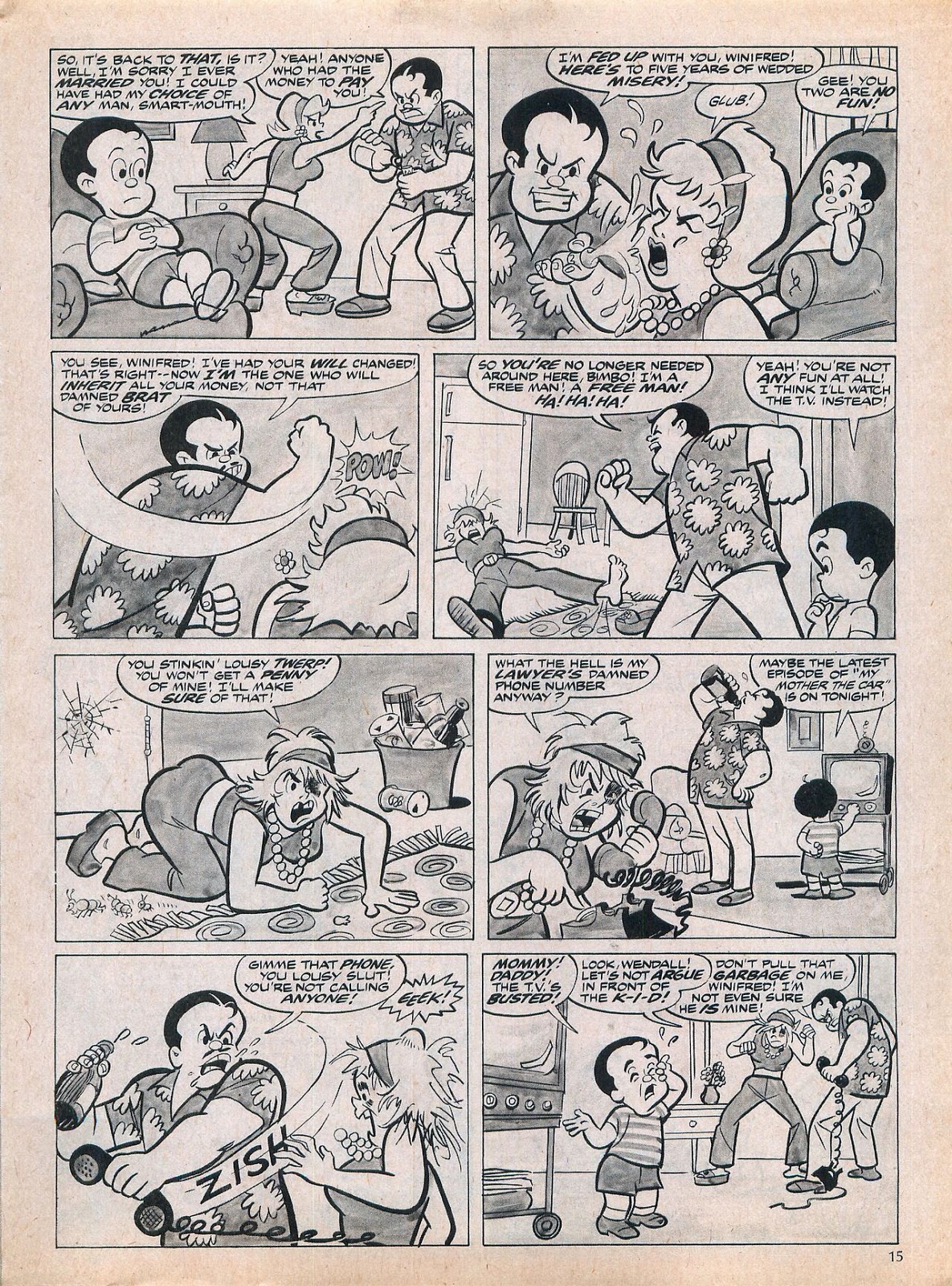 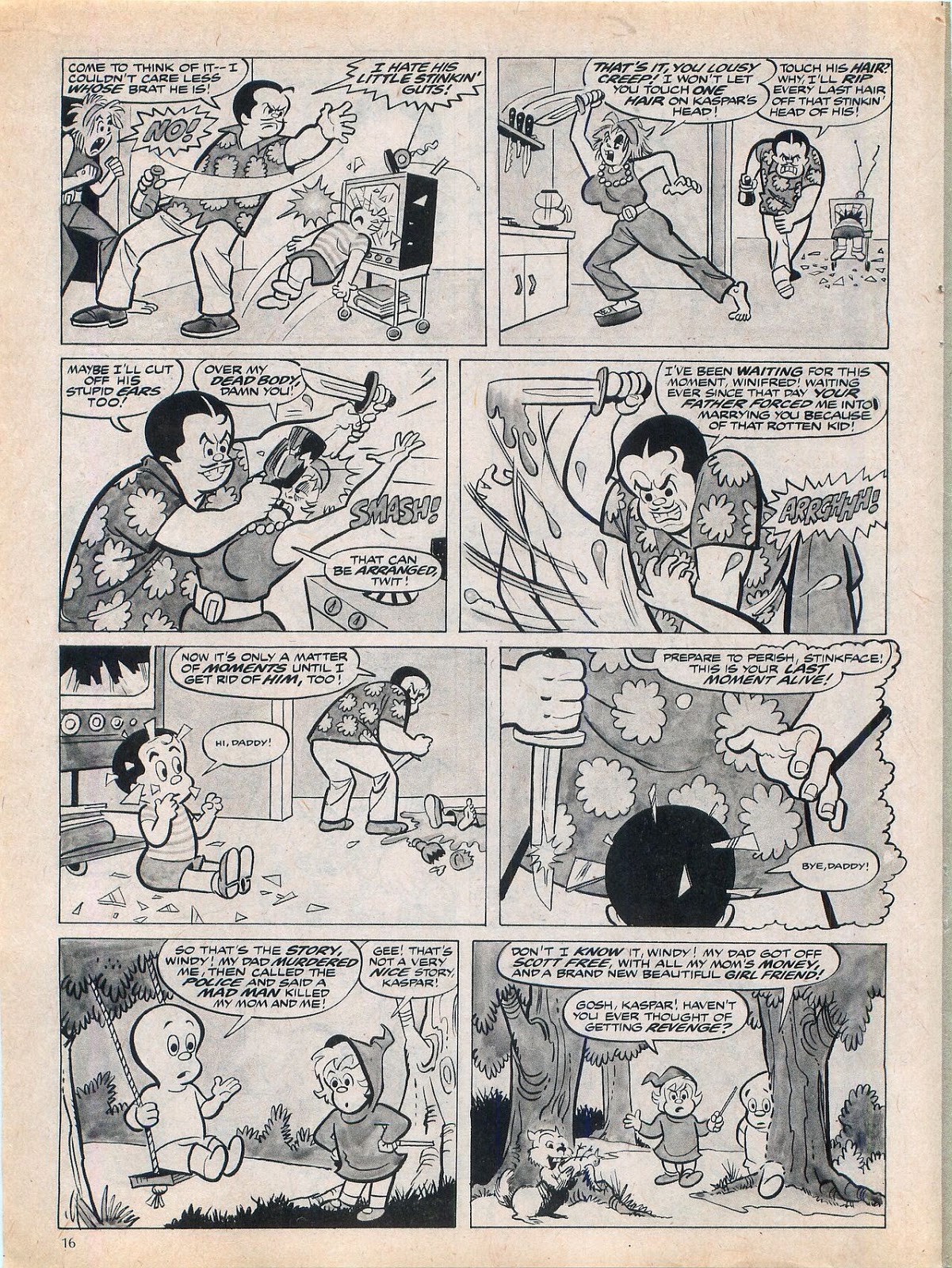 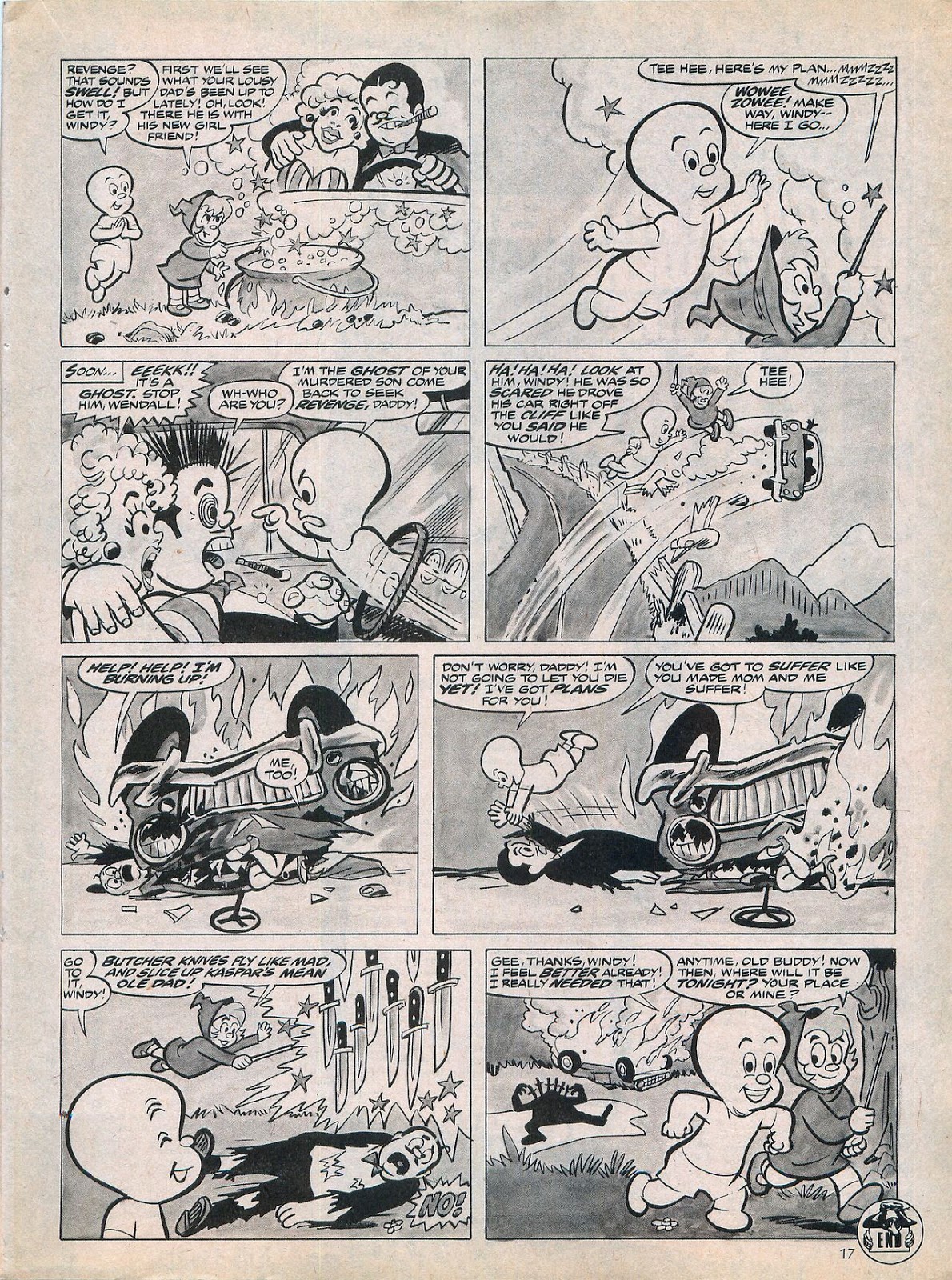