Batman, The Teen Titans & The Runaways 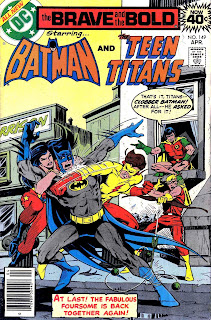 Unfortunately, there never was an issue of B & B where Bats met Joan Jett, but Bob Haney gives her old band a cheeky namecheck here anyway. No, this is from the era where the Teen Titans were in the doldrums, having had their book cancelled a couple of years before, and now were resorting to the odd guest slot and offscreen mention.
So Bob and Jim Aparo brought 'em back here, although Wonder Girl and Kid Flash spend most of the story out of costume, which hardly seems fair and annoyed me intensely at the time. Marvel did the same thing in that early issue of Team-Up with the X-Men running around in their civvies for no good reason. If you haven't seen a favoutite character or characters for a while, you want them to do the hits, so to speak. Anyway, this is, of course, wonderful stuff regardless, and surprisingly for a Haney story even makes sense.
Still think we got swizzed on the costume front, though. 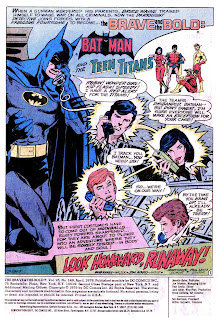 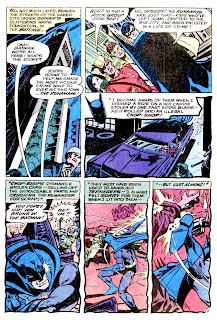 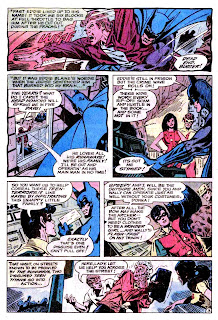 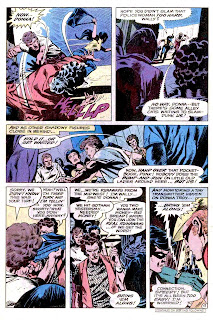 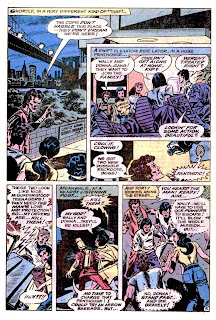 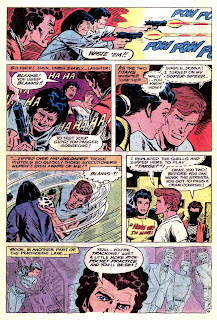 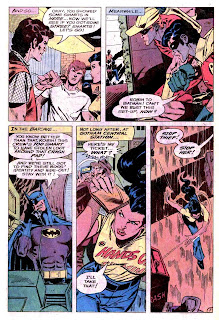 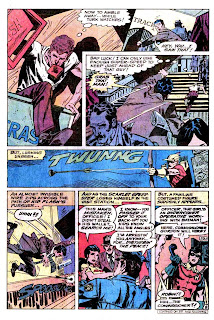 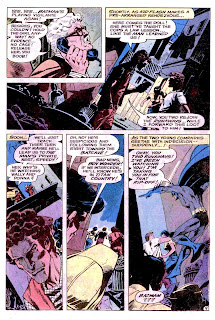 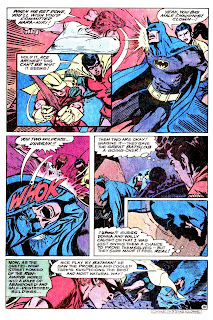 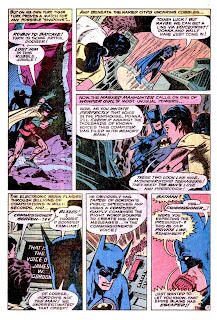 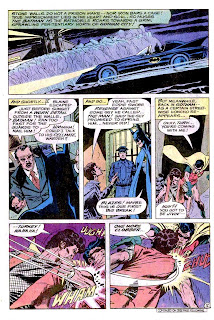 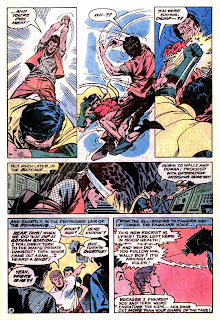 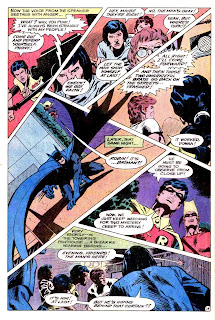 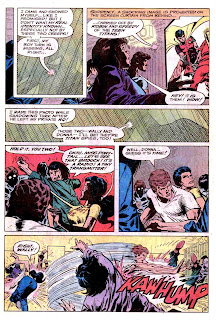 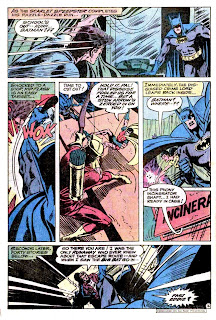 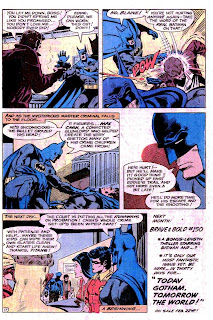