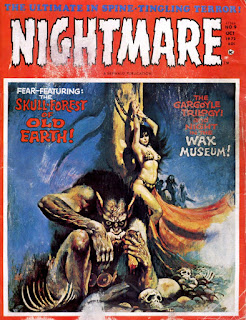 Meanwhile, over at Skywald, chief writer / editor Archaic Al Hewetson was desperately trying to warn the world about the greatest threat to ever face mankind: The Shoggoths! 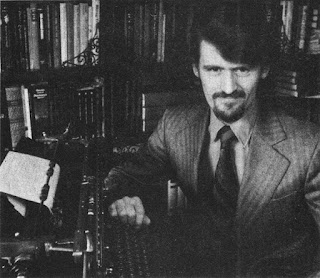 The Shoggoths series was one of the most fun ideas in Nightmare. Very loosely adapted from H.P. Lovecraft's Cthulhu Mythos, they were hideous beings who'd existed since the dawn of time, lurked right underneath our feet, and looked upon humanity alternately as interlopers or foodstuff.
But instead of giant tentacled blobs, as Lovecraft described them, Al went for more of a Tasmanian Devil look: 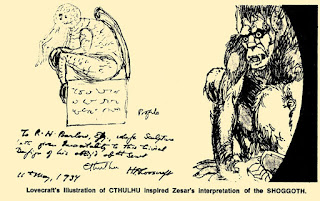 After a couple of intro stories, the series mostly consists of Al himself travelling around the world, in the company of whichever artist drew each instalment, trying to provide absolute proof of the creatures' existence to a disbelieving populace. In one of the neater ideas for a fan club, he even urged kids to join his crusade, and to write in whenever they found one of the Shoggoth's hidey holes out in the woods: 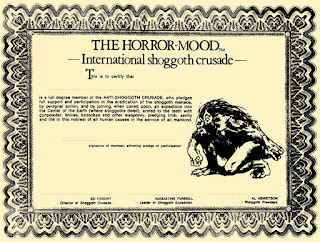 It was a great, fourth-wall breaking idea, and could've gone on much longer. Here's Al with artist Jose Cardona on one adventure. Interestingly, although that photo of Archaic is easy to come by, I couldn't find any pictures of Jose. Maybe the Shoggoths got him... 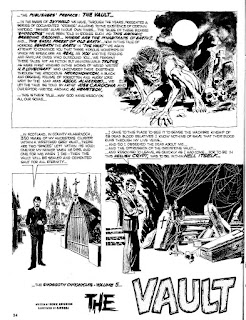 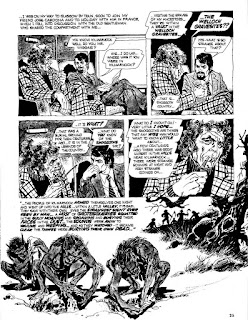 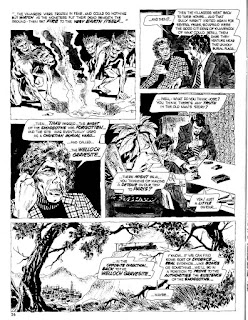 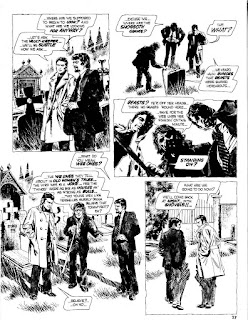 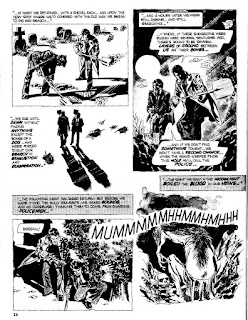 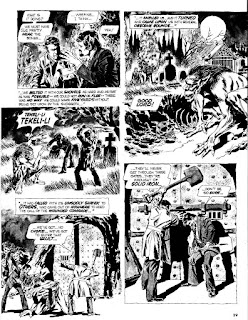 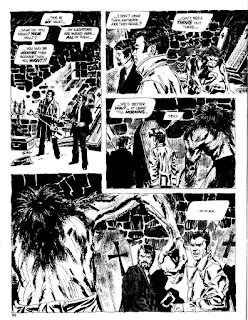 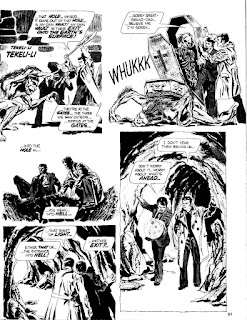 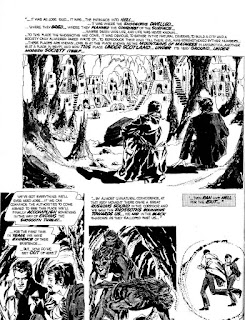 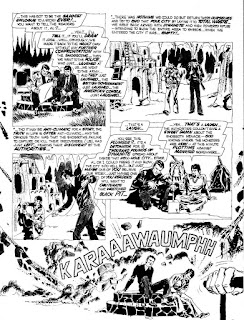