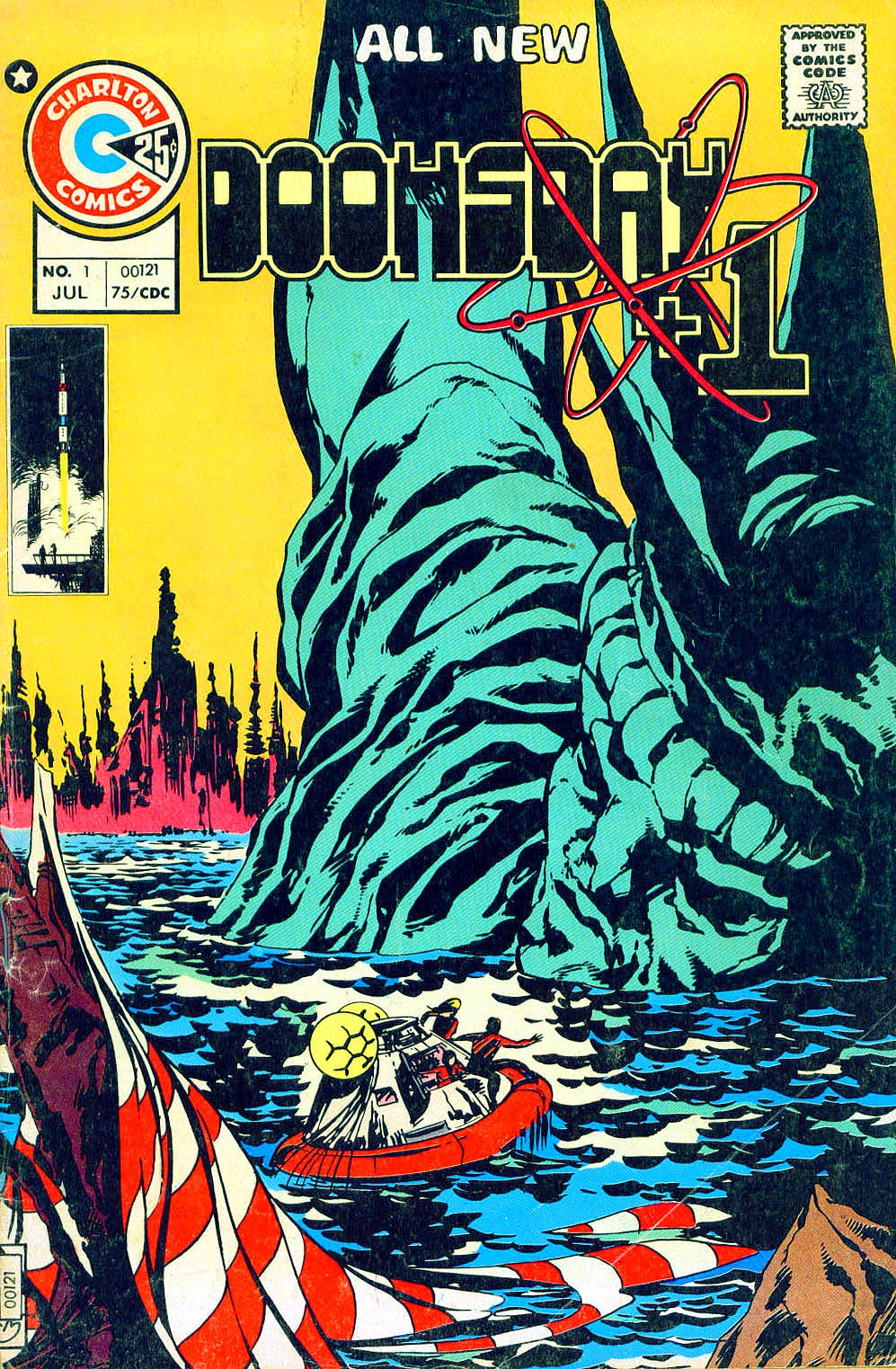 Been a while since we visited the nuclear irradiated world of Doomsday + 1, Joe Gill & John Byrne's early series for Charlton, so let's see how it all began.
I'm a sucker for post-nuclear survivalist epics, so absolutely love this all too brief series. It's just so quintessentially Charlton, with it's bad paper stock and iffy printing.
I do have the remastered, recoloured run of the series that Fantagraphics did as well, and it's nice and all, but I much prefer the cheaper original.
And It's also fun to delve into the history of the company: For those who may not know, the only reason that Charlton ever printed comics in the first place was that it was cheaper to keep the printing presses running than turn them off.
As the presses were merrily putting through cereal boxes and music sheet paper, they figured they might as well print something. So hey, comics.
Plus there was a bowling alley in the building that the writers and artists regularly used to goof off at. Who wouldn't want to work for Charlton?
Meanwhile back at the end of the world, all american- hero Captain Boyd Ellis is about to set off into space with post-nuclear totty Jill Malden & Ikei Yashida.
Is that a regulation NASA outfit Ikei's wearing there, or does she have a day job as an exotic dancer? 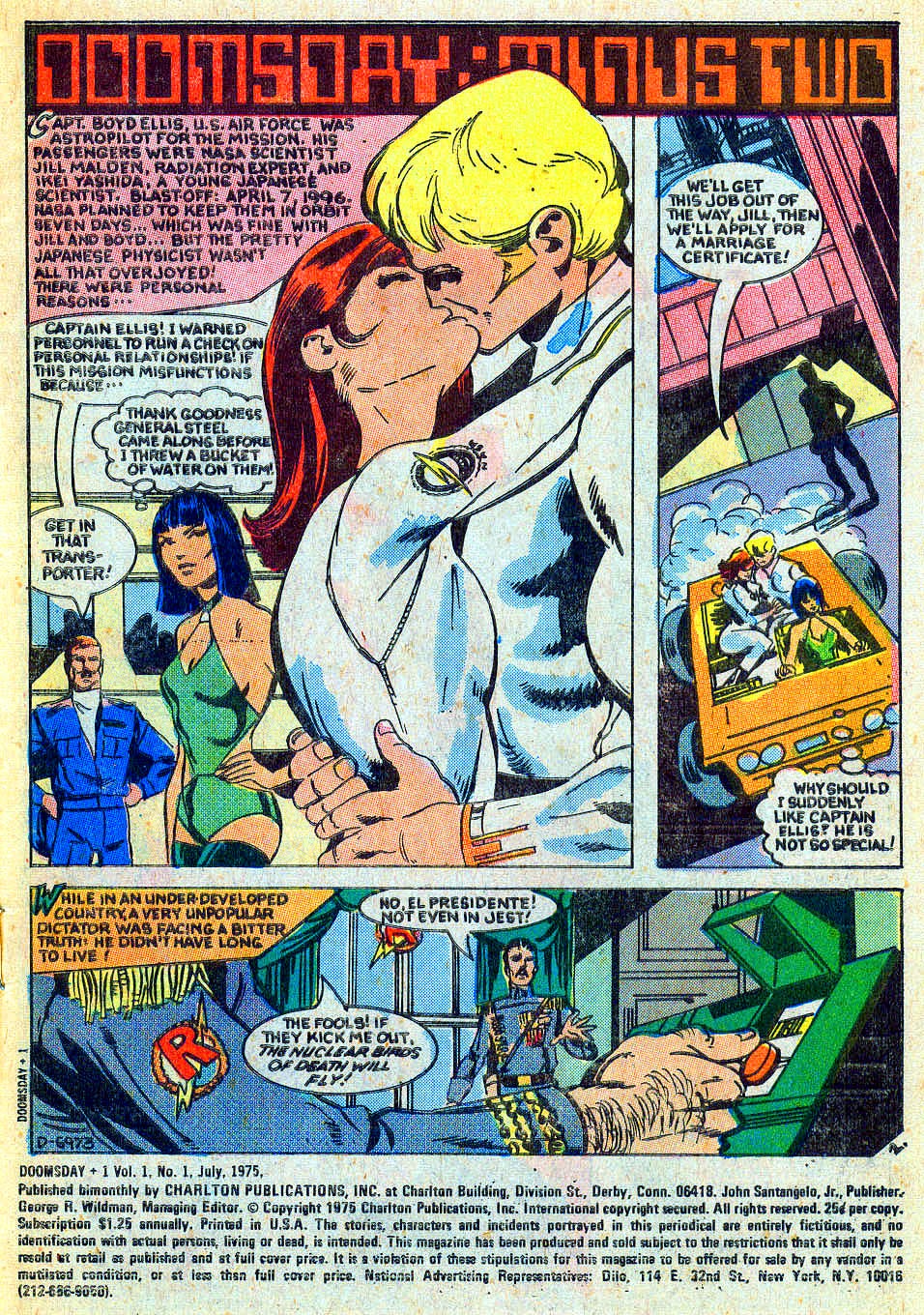 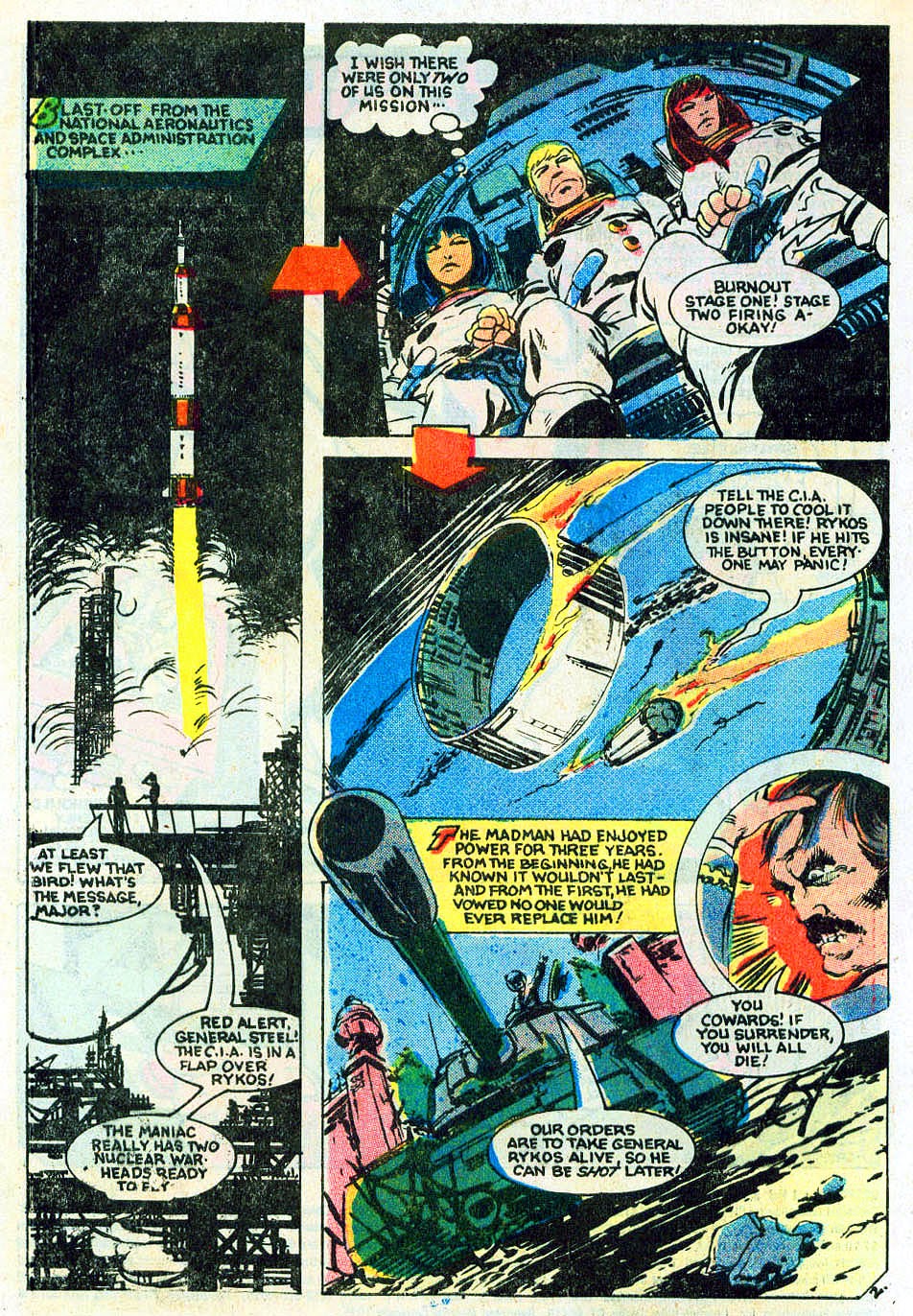 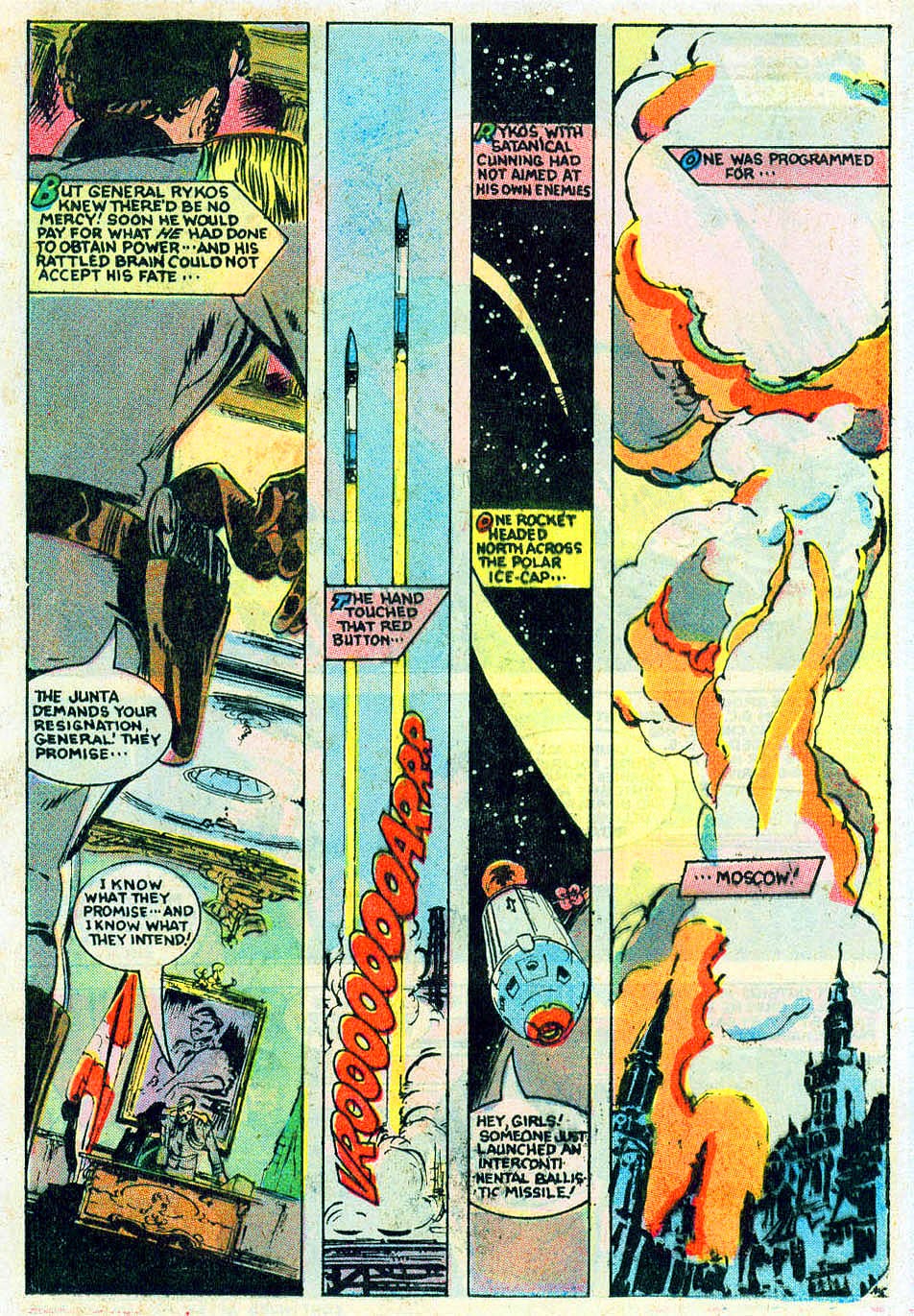 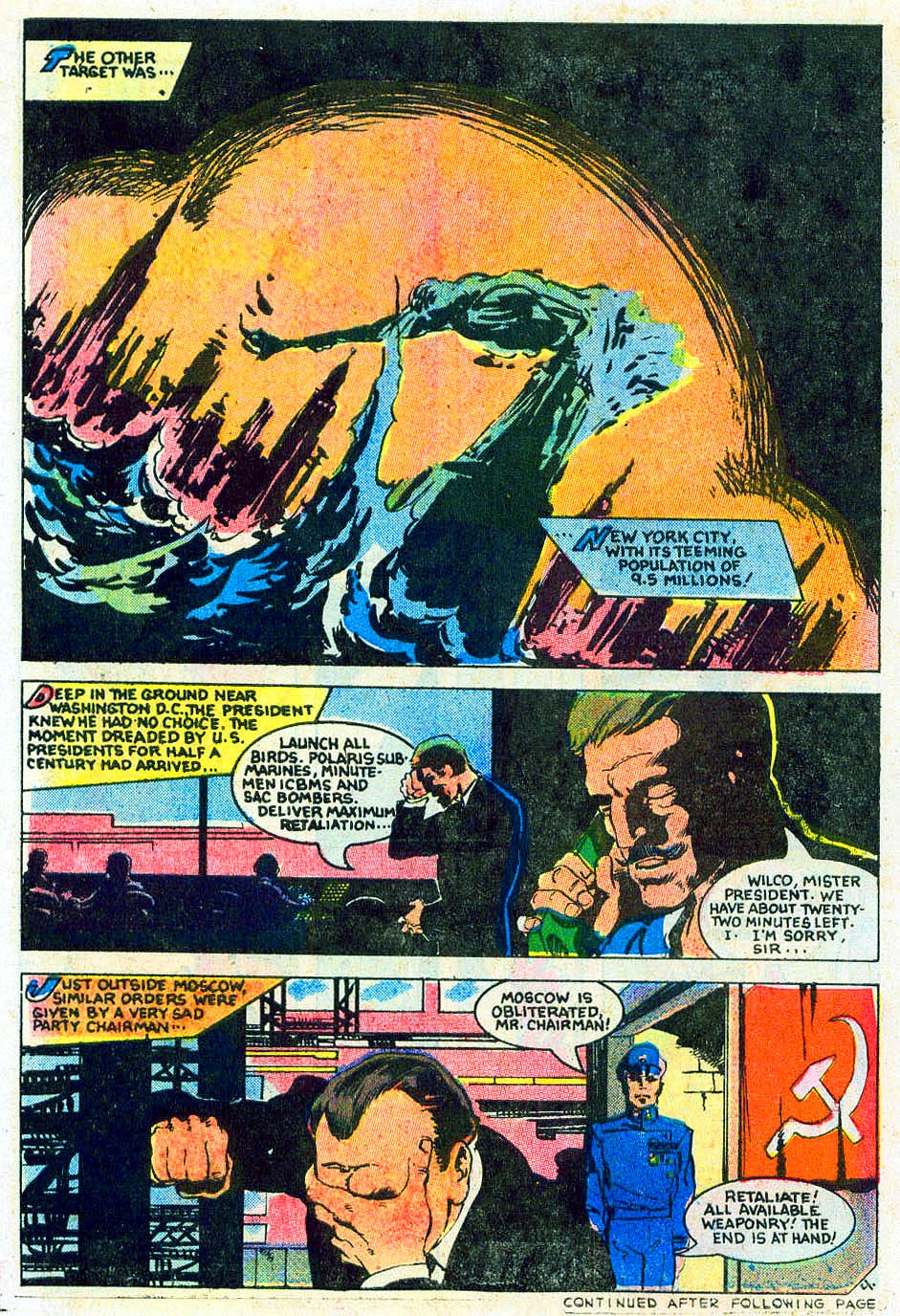 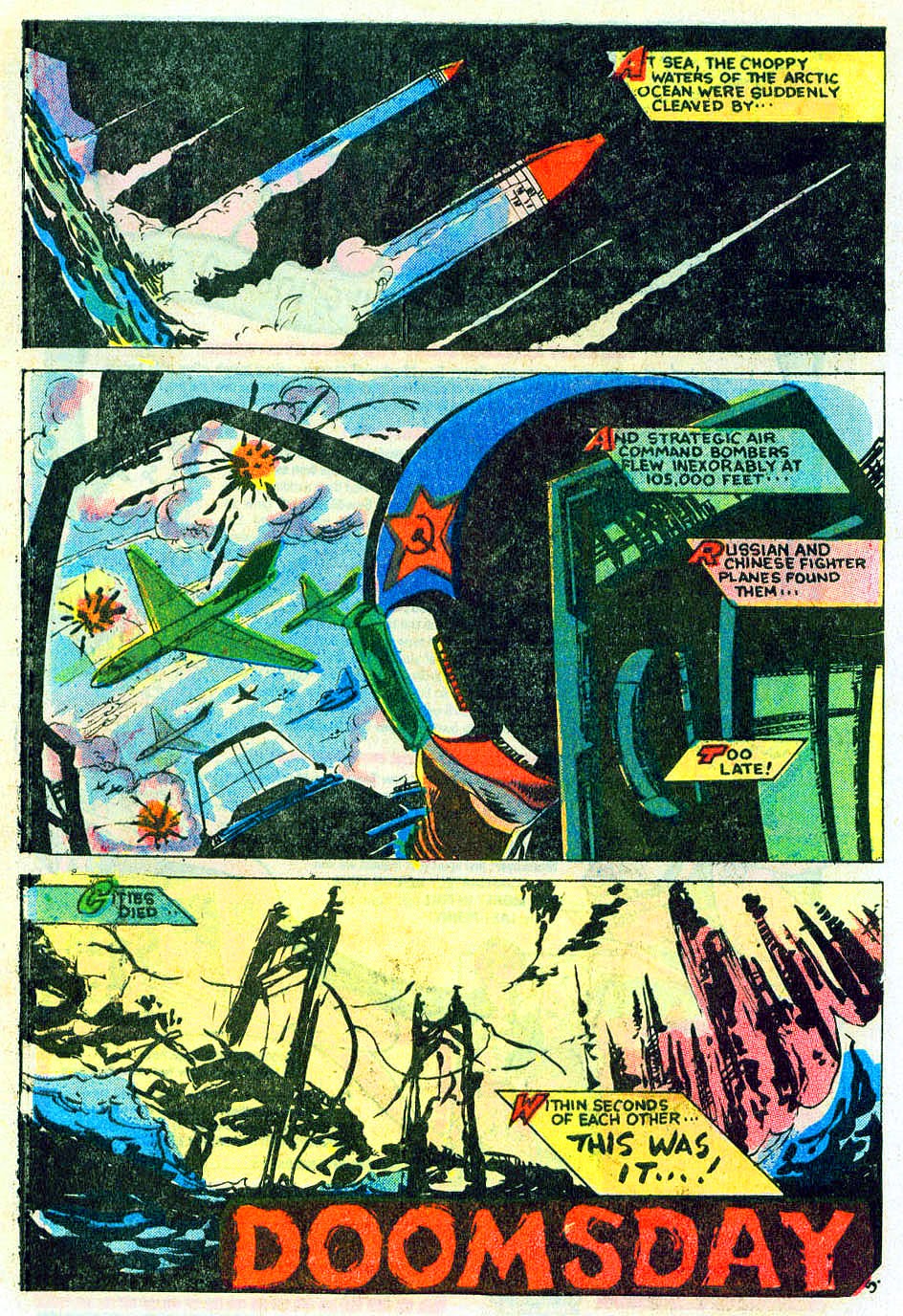 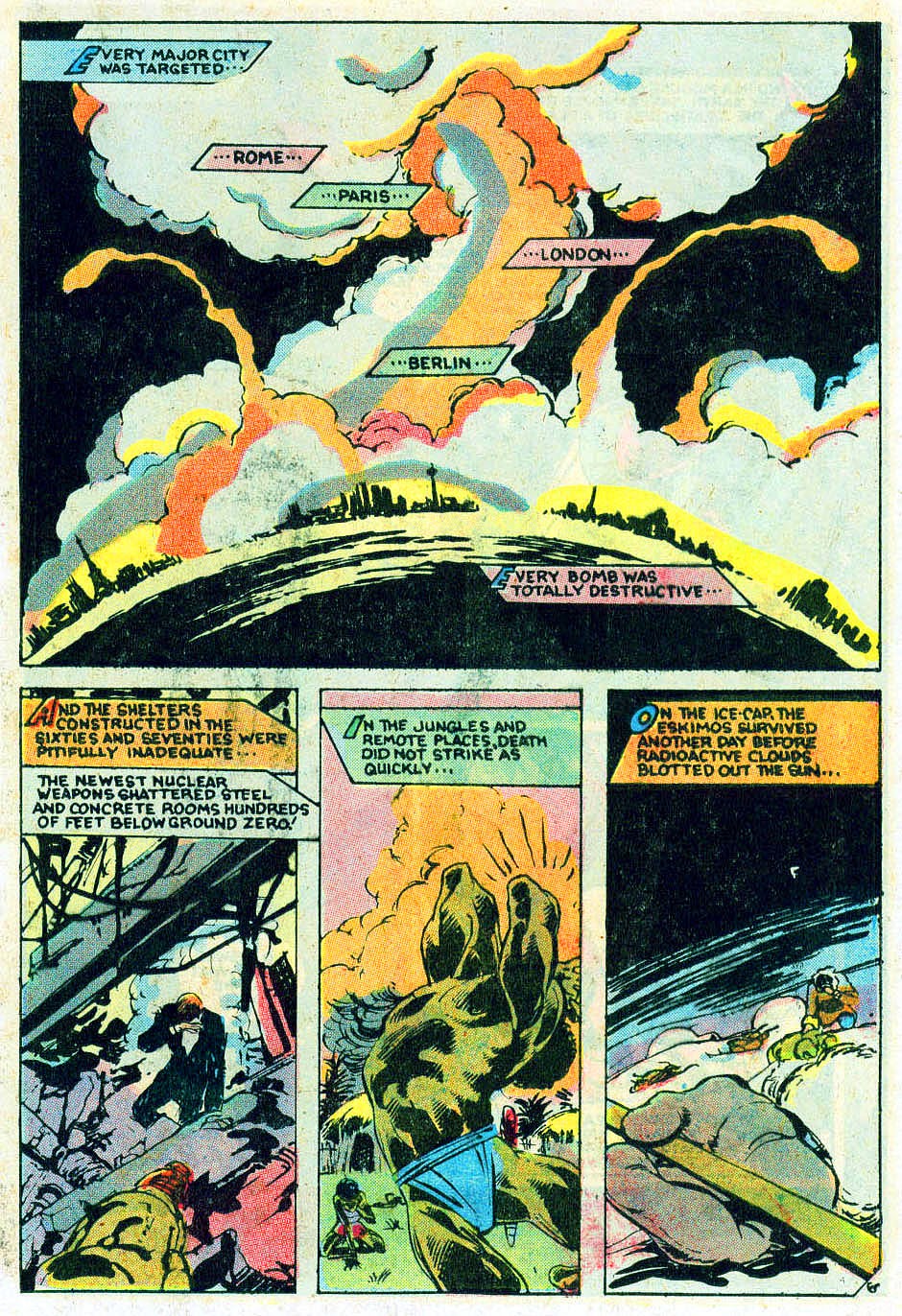 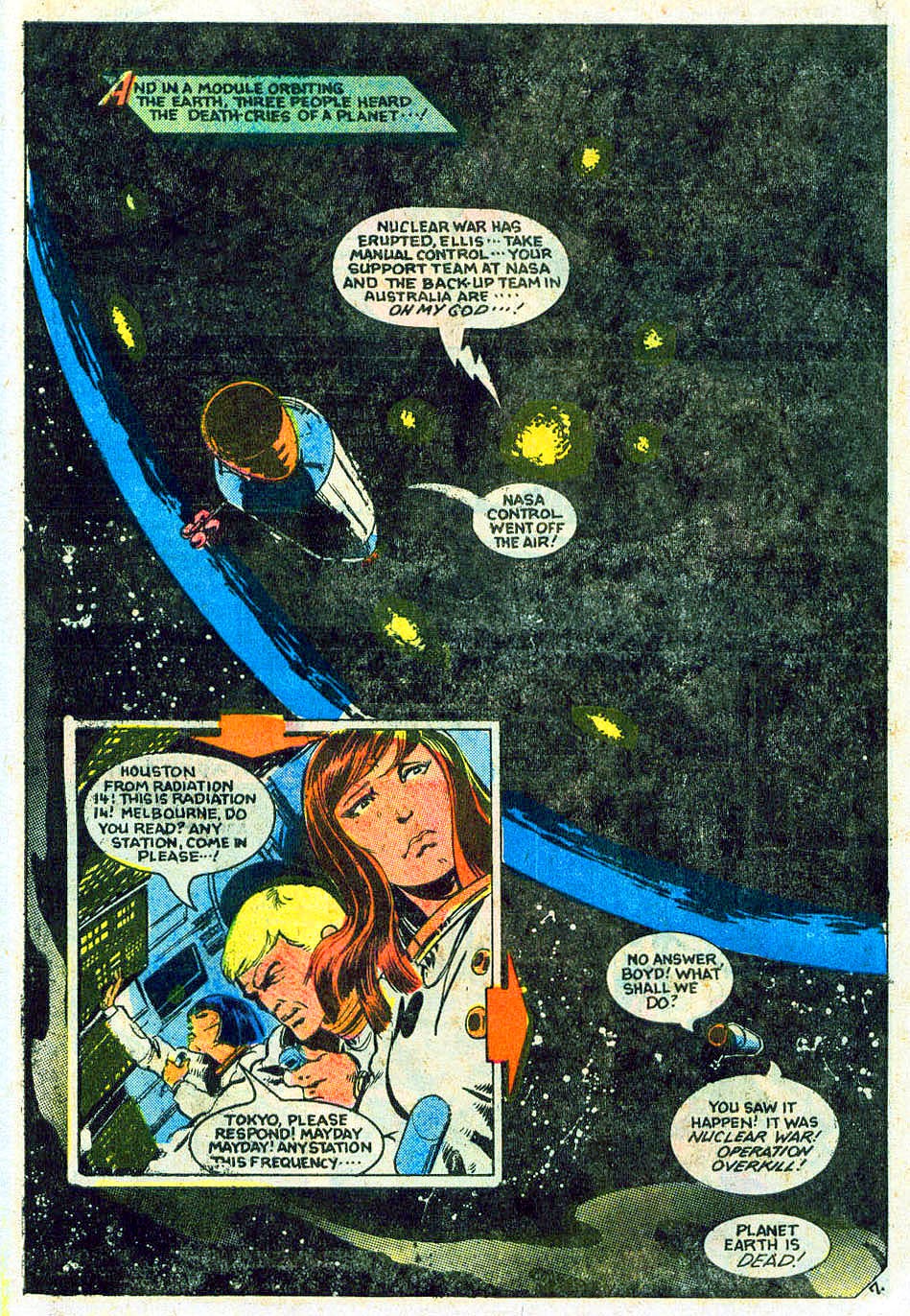 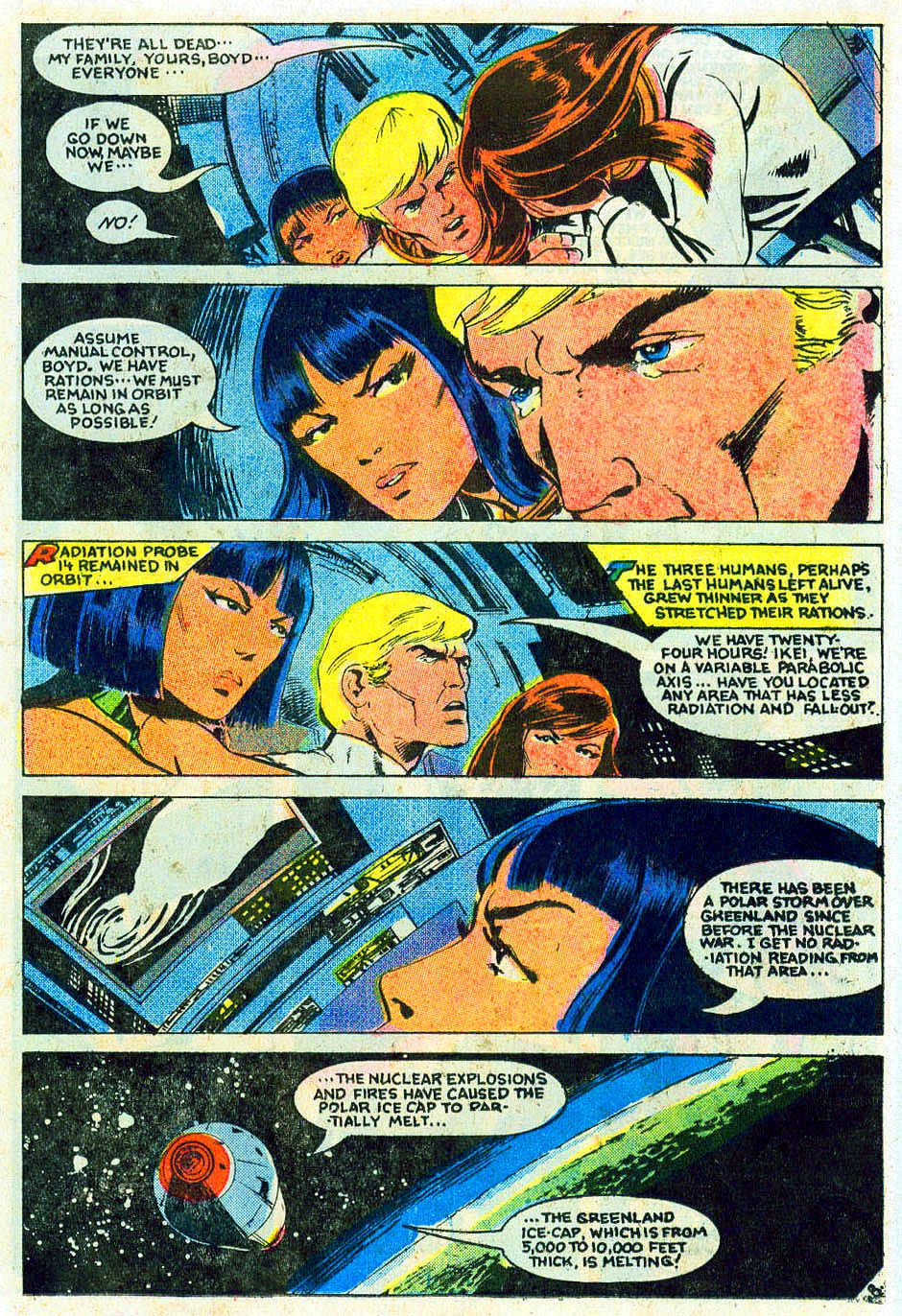 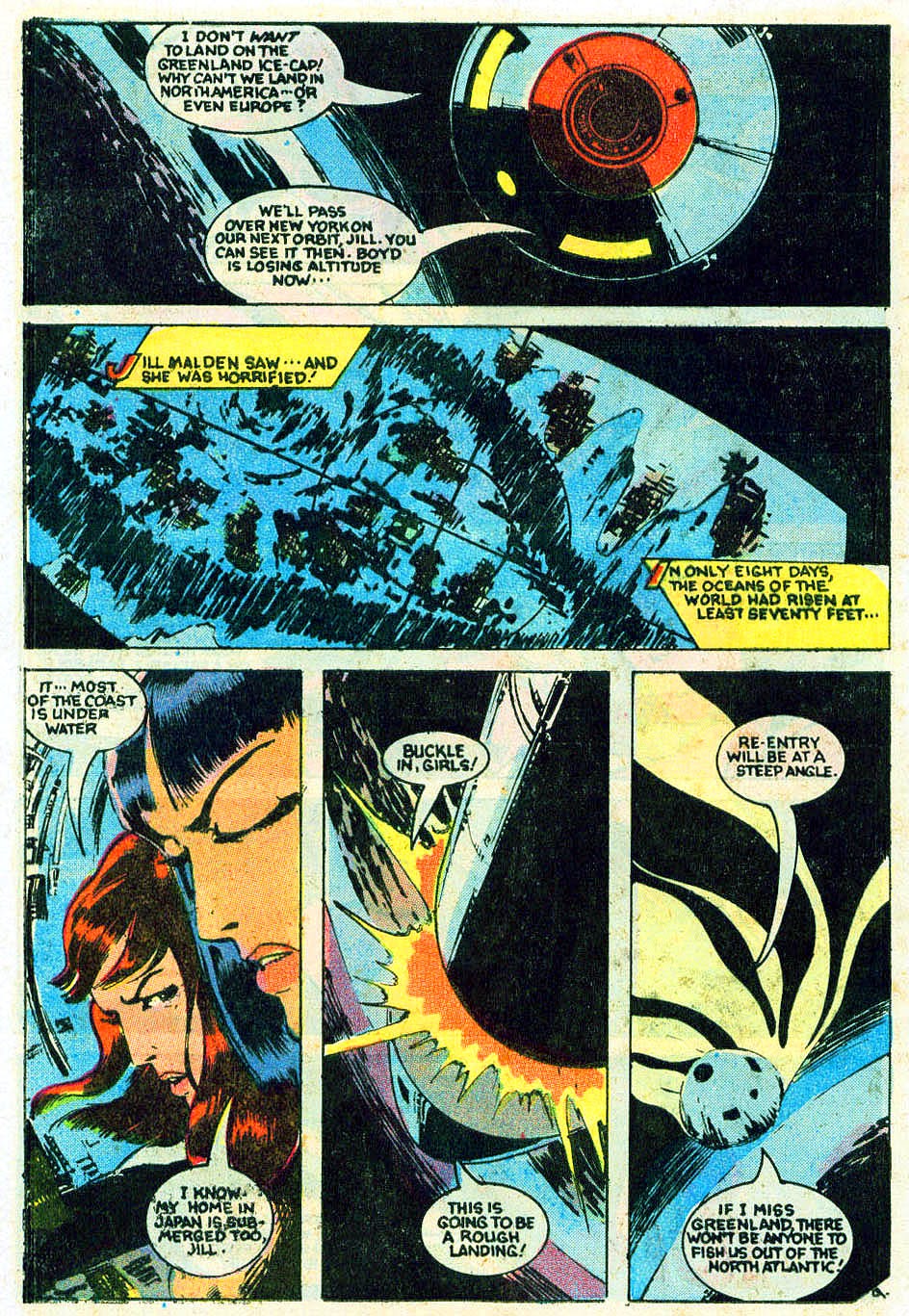 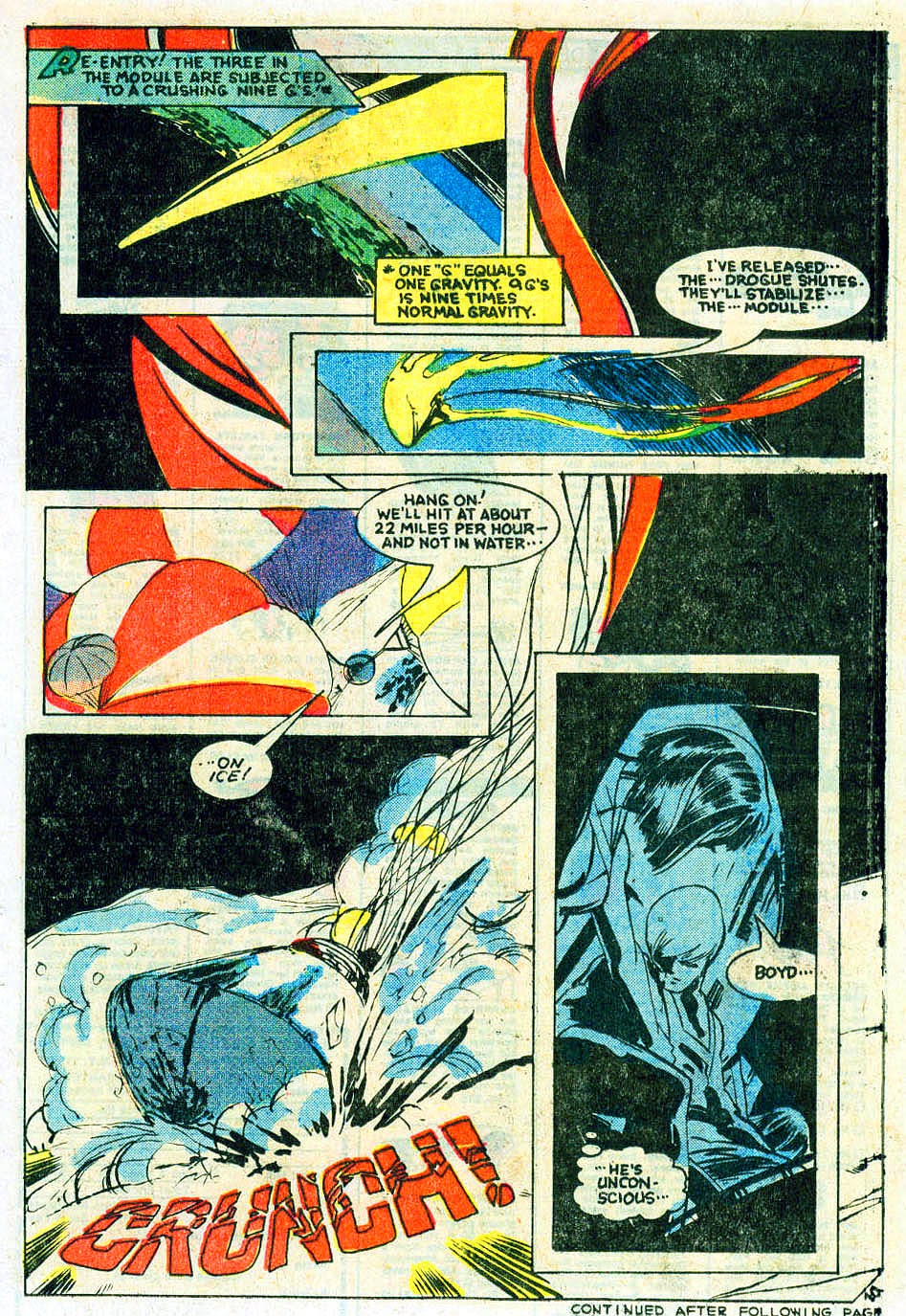 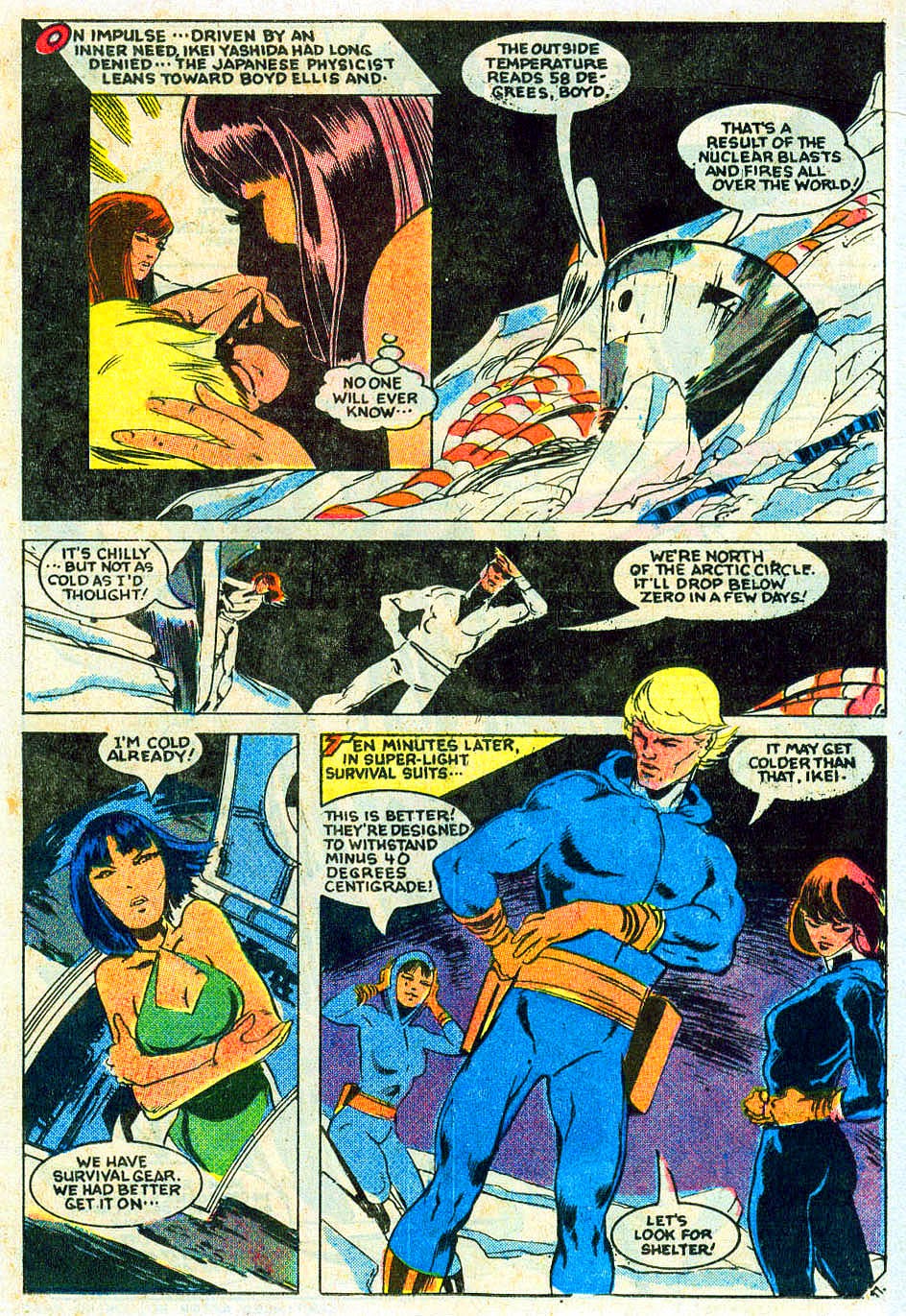 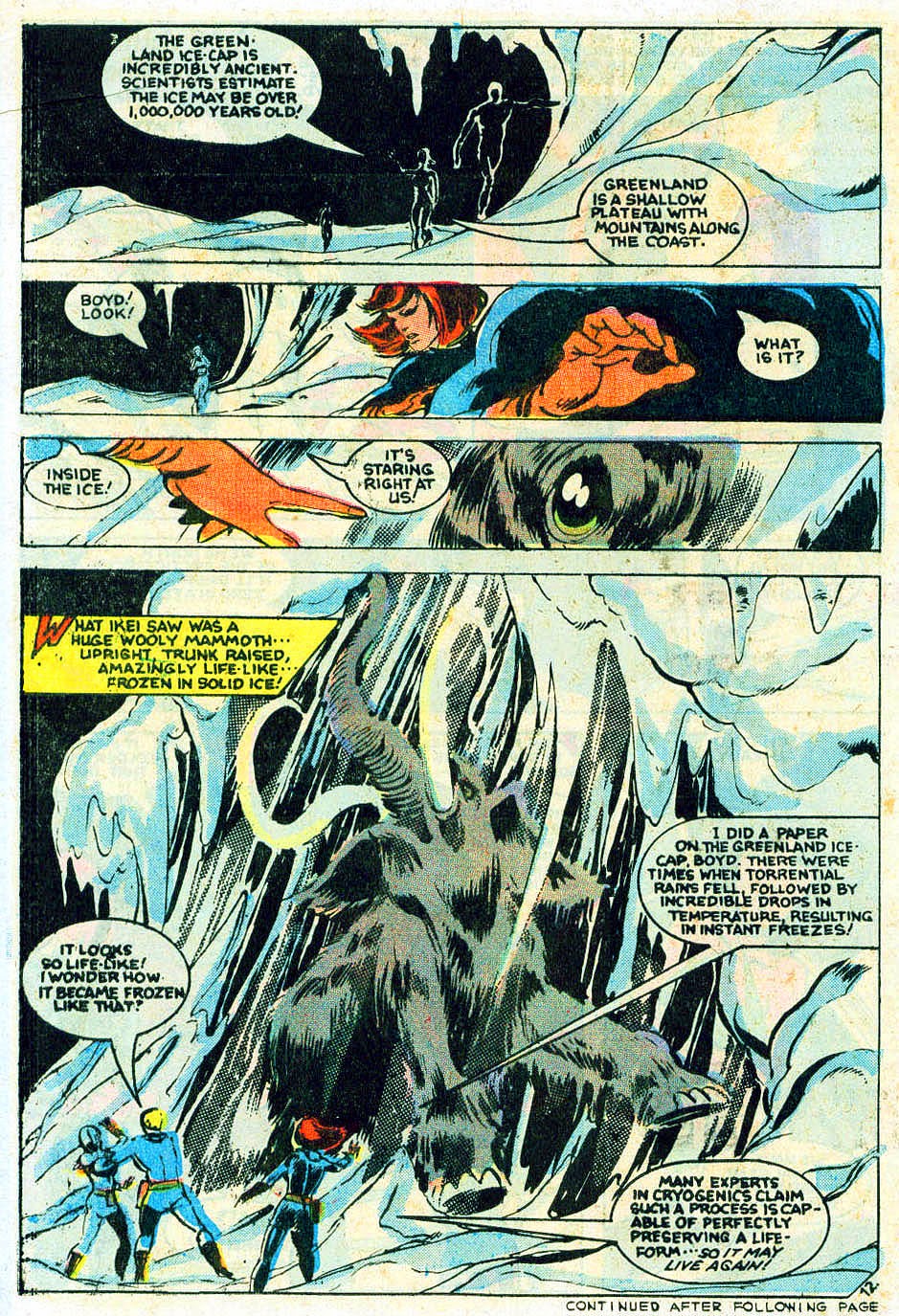 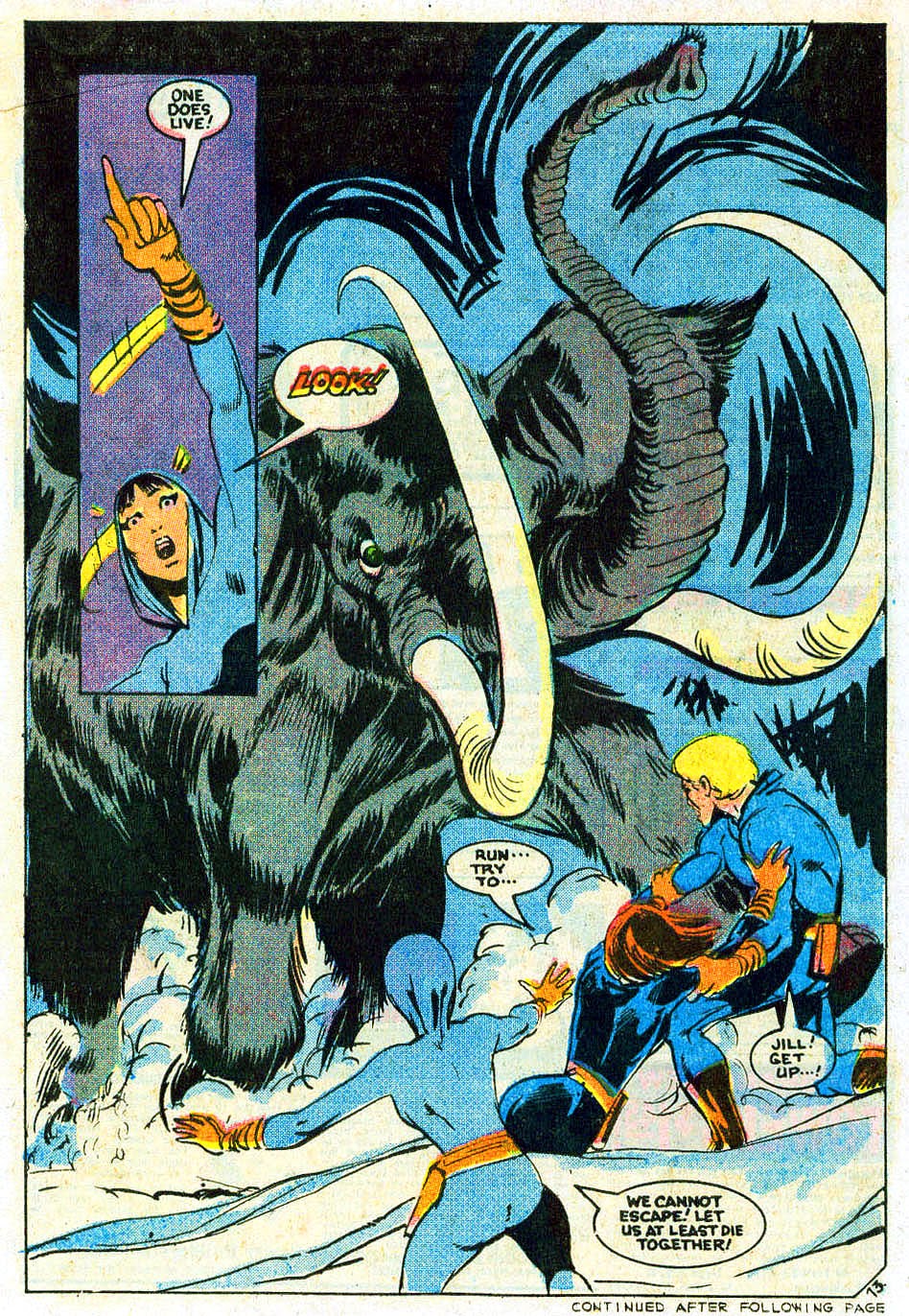 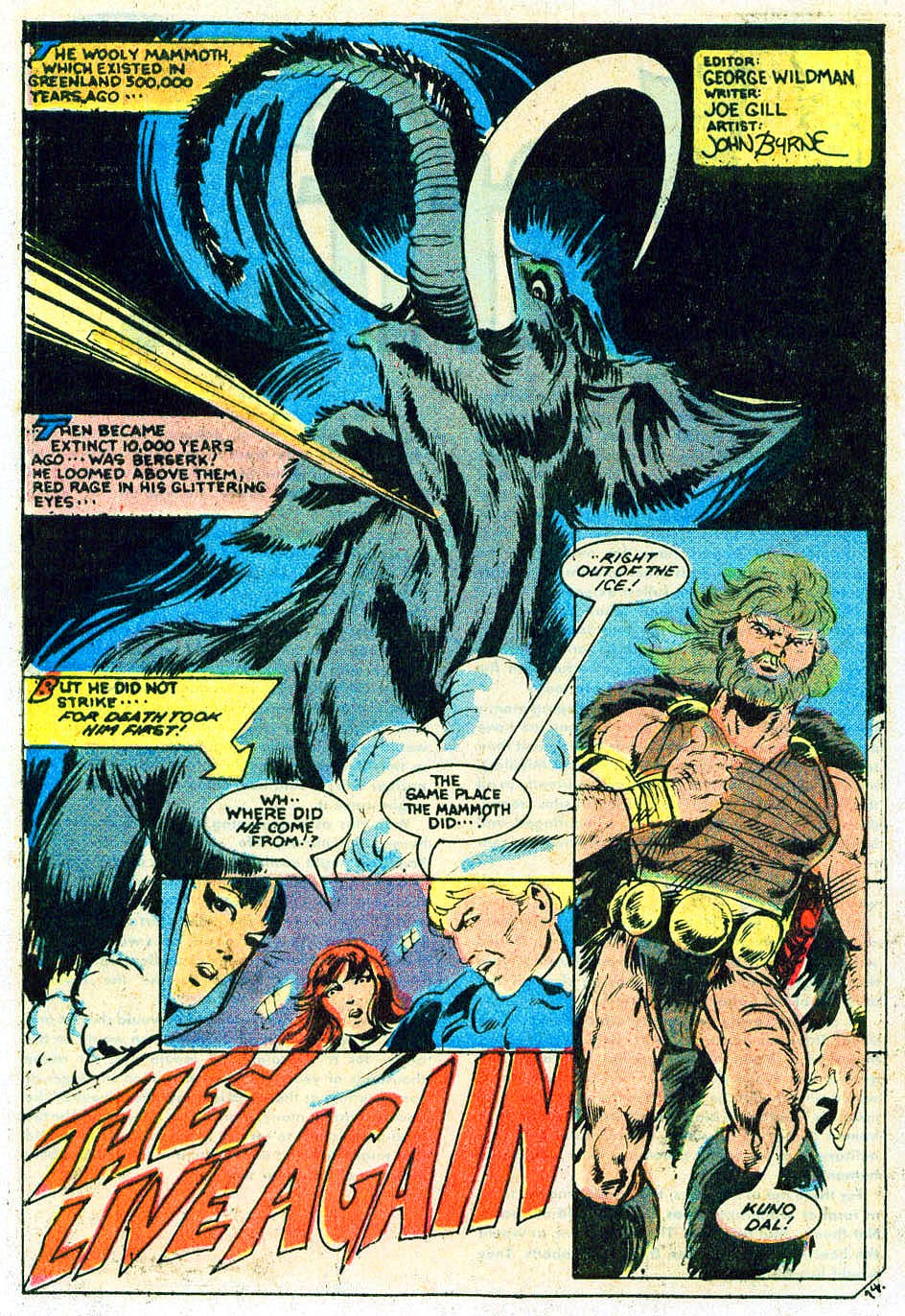 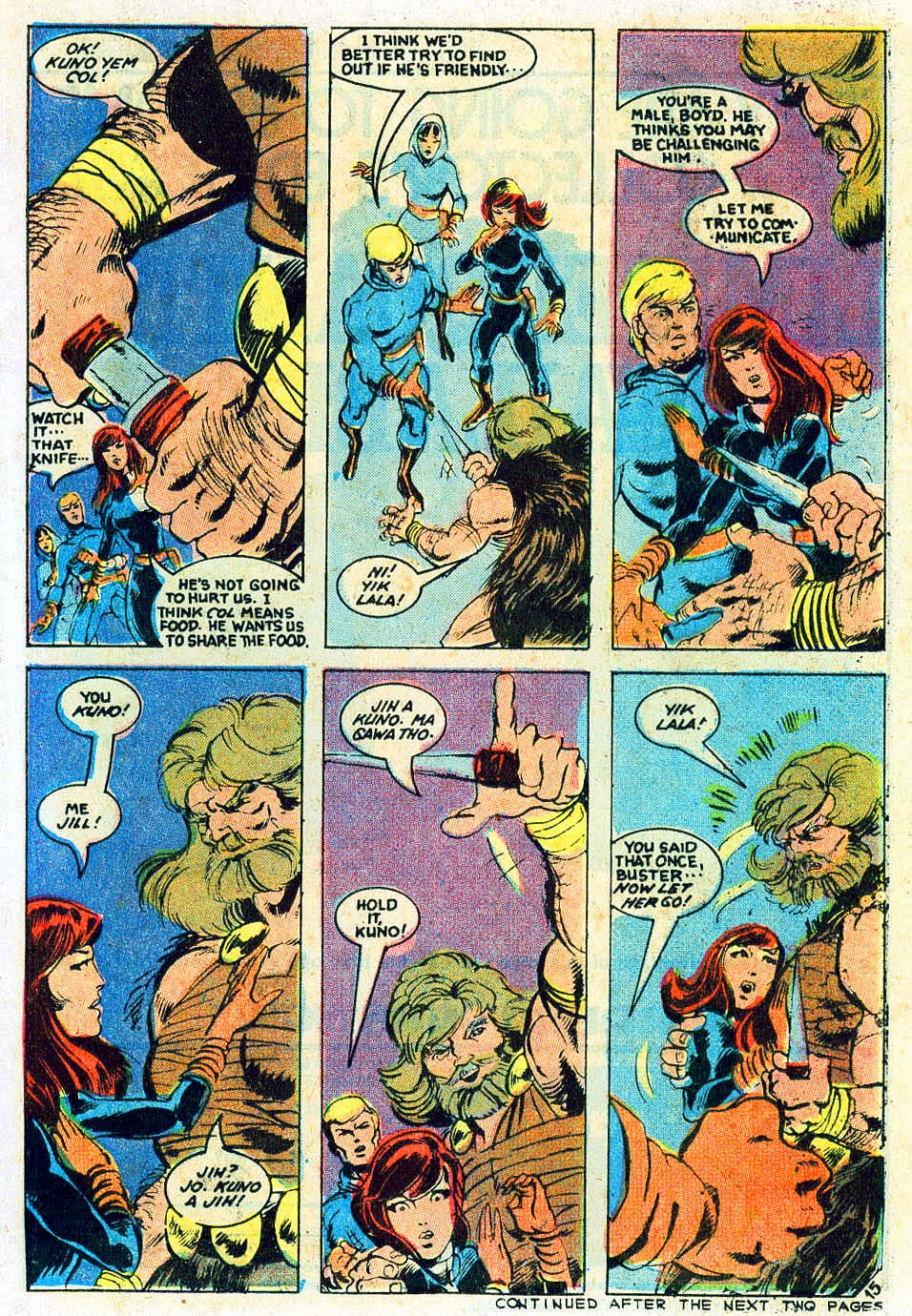 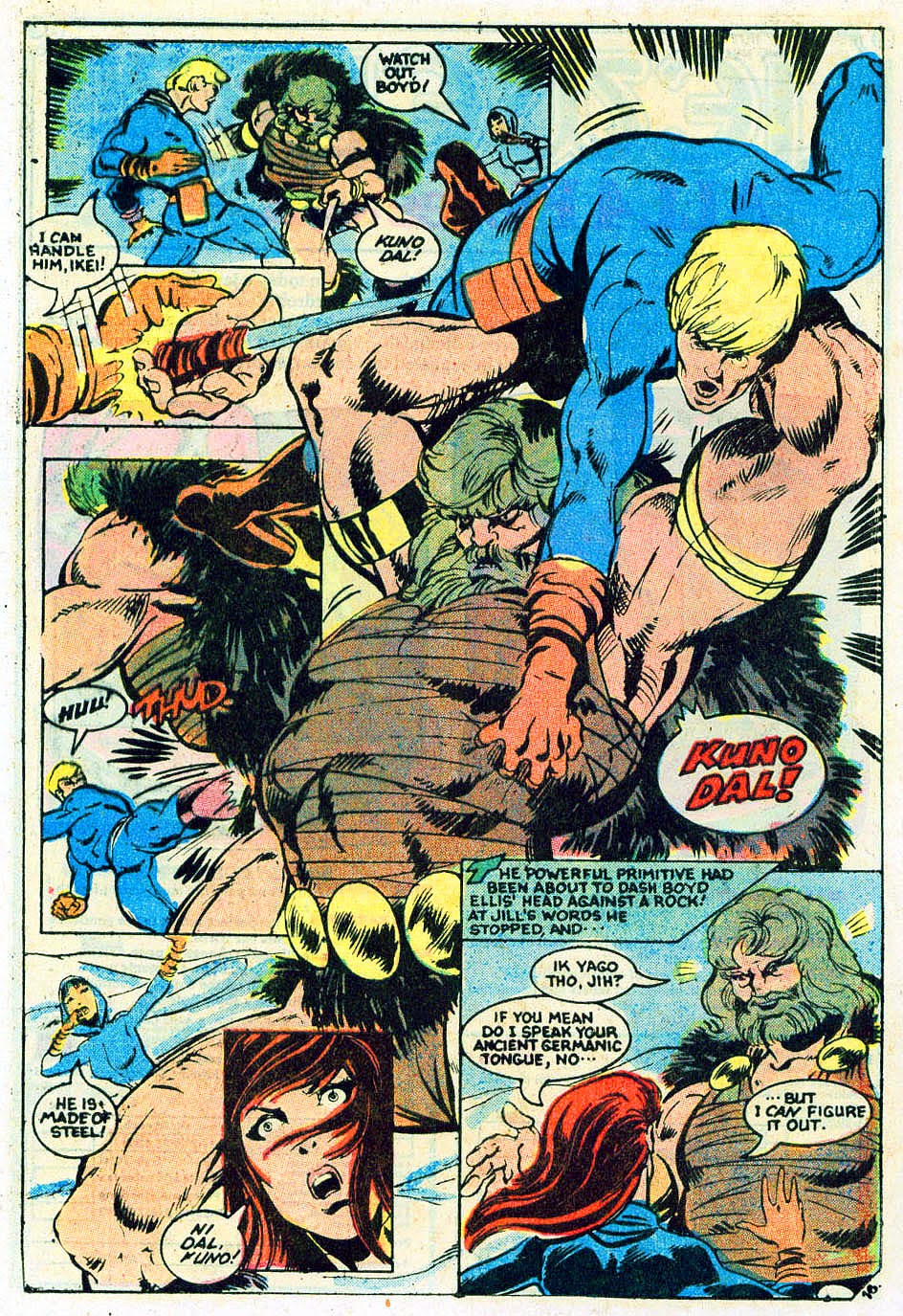 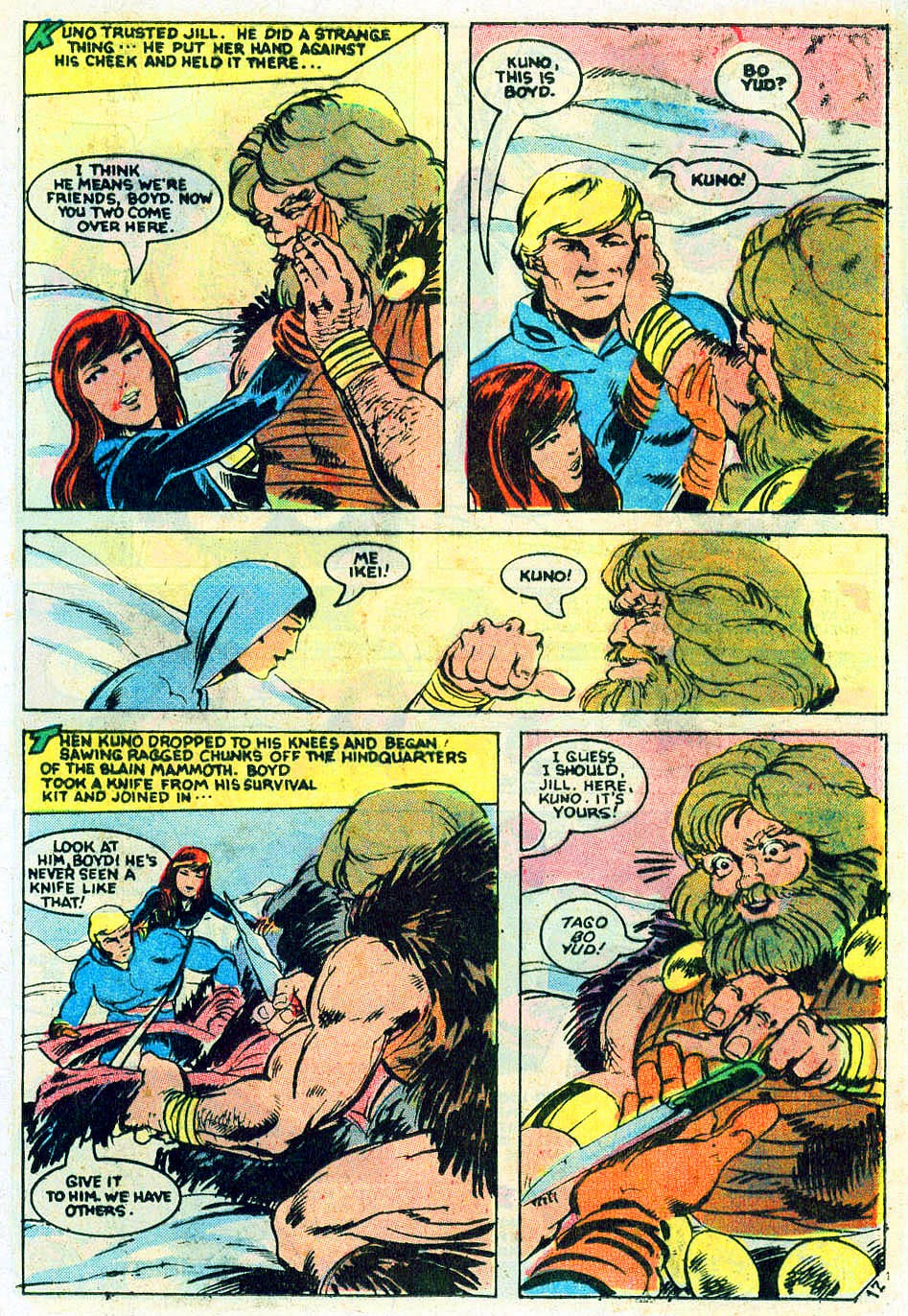 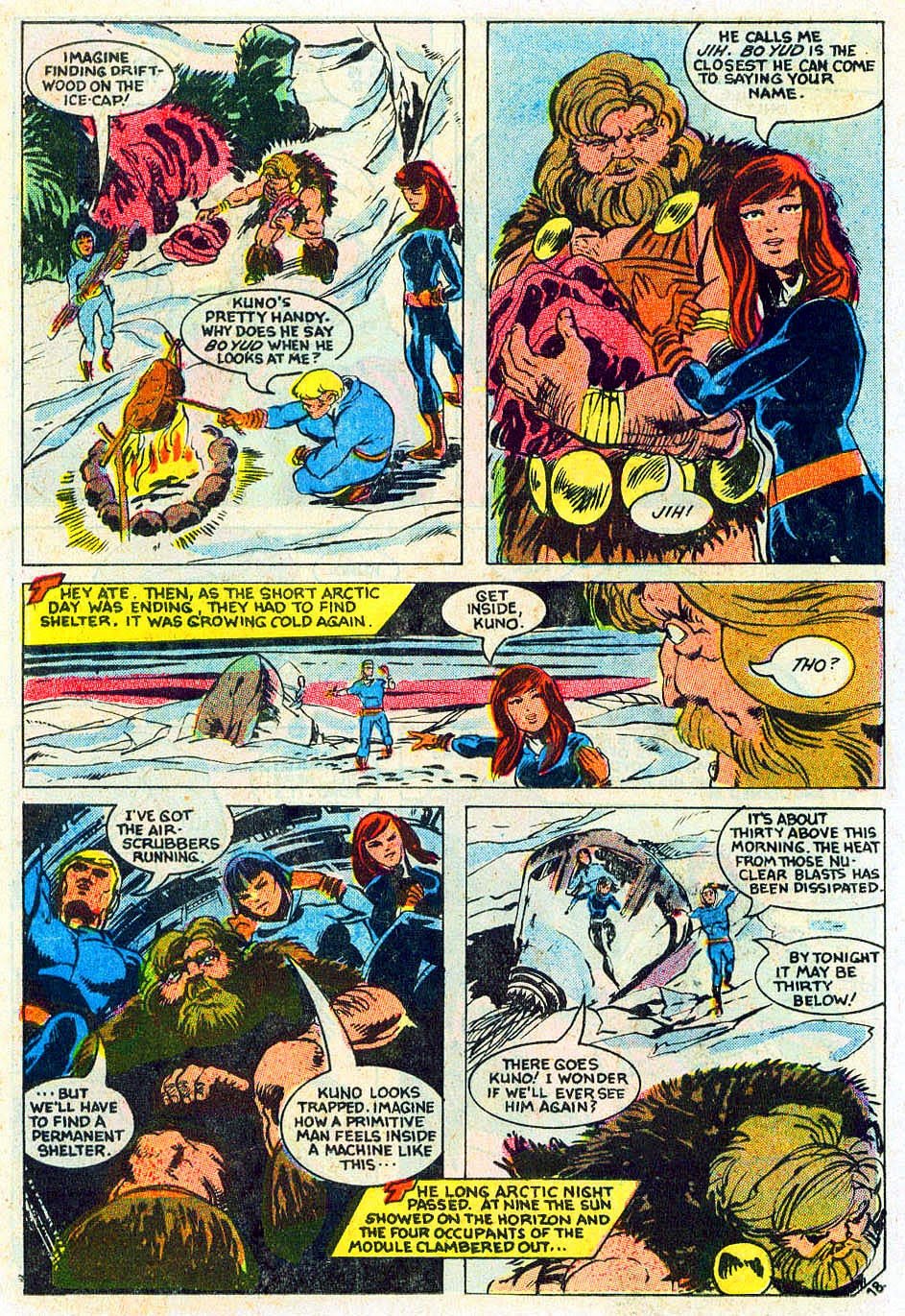 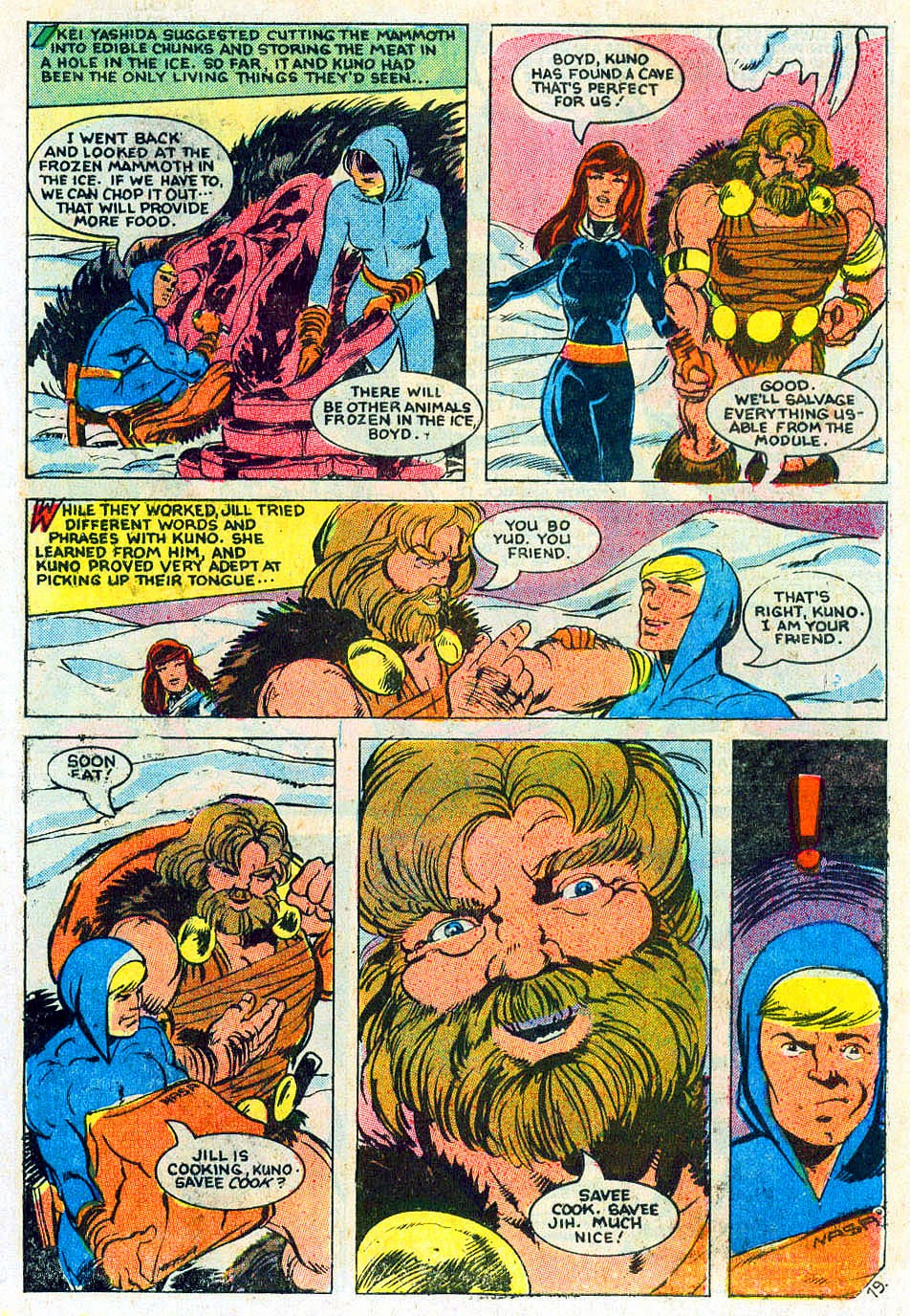 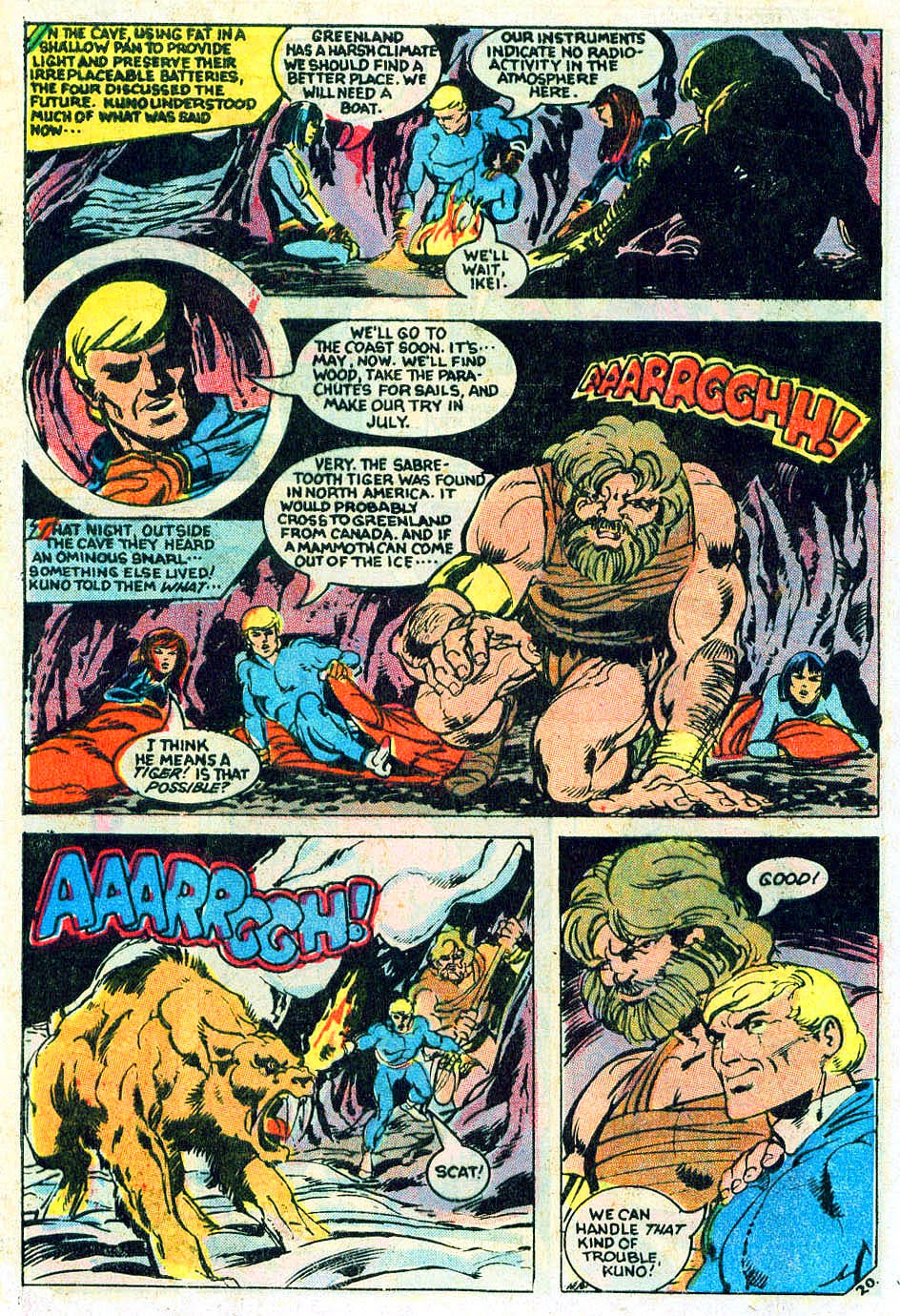 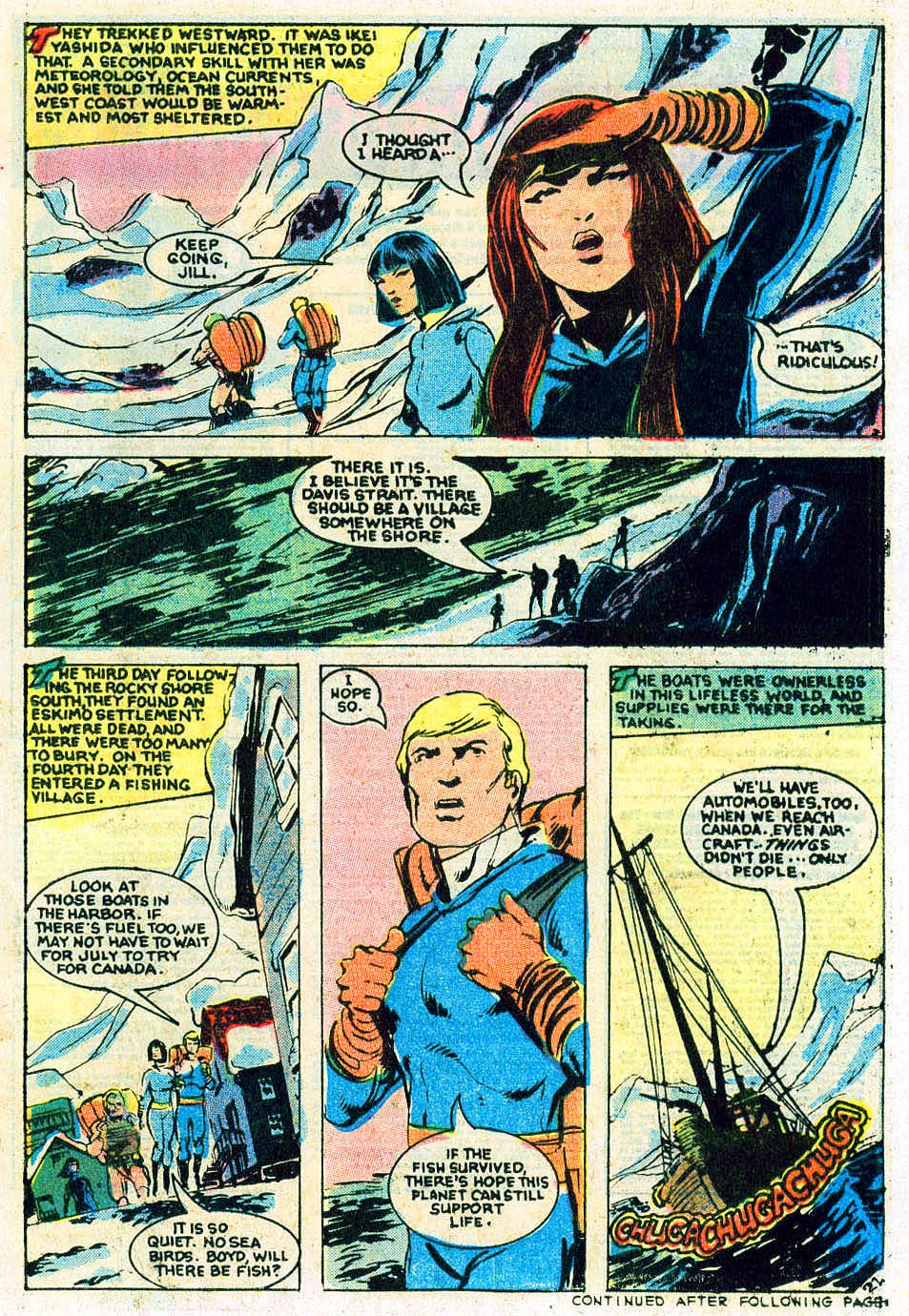 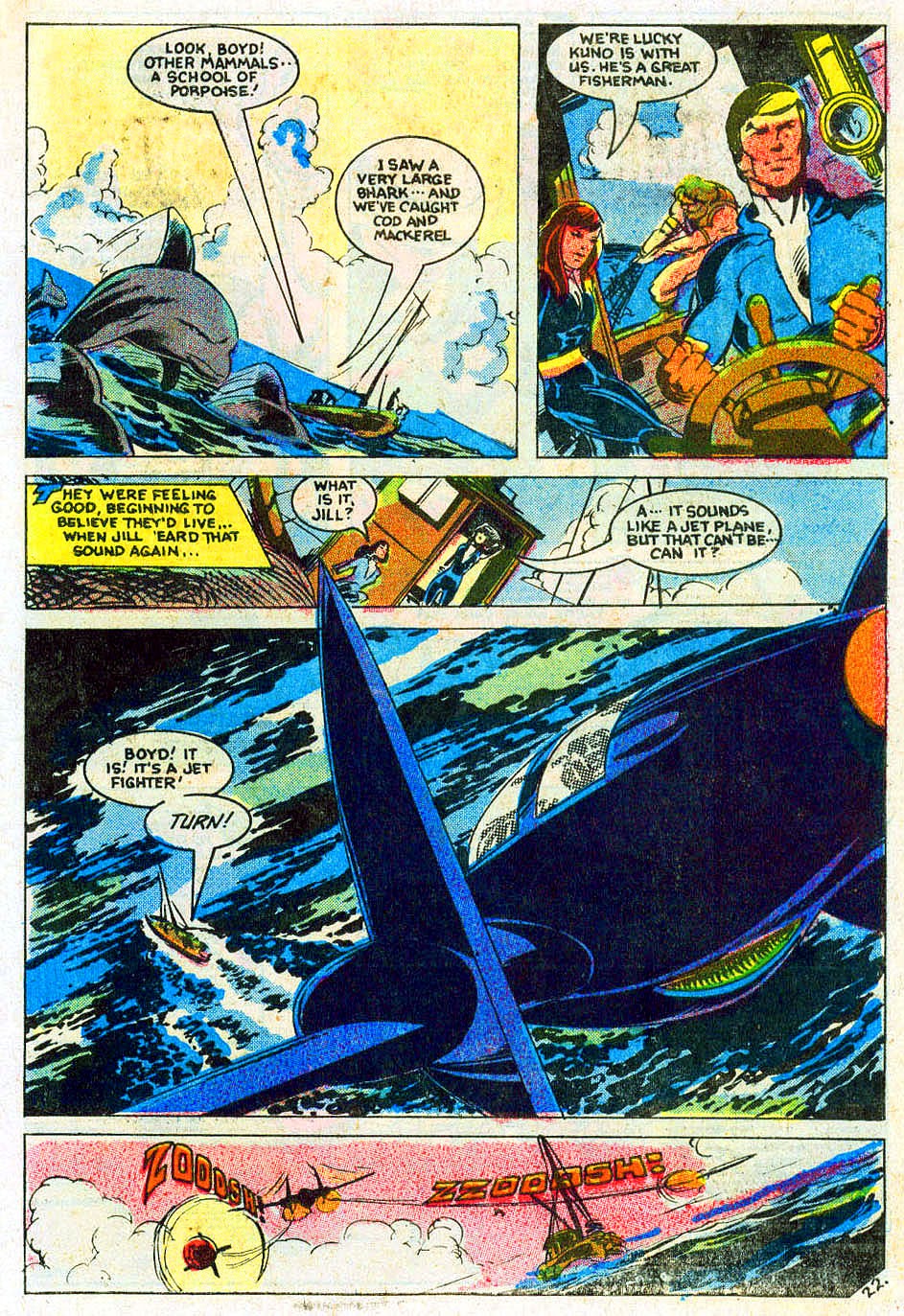 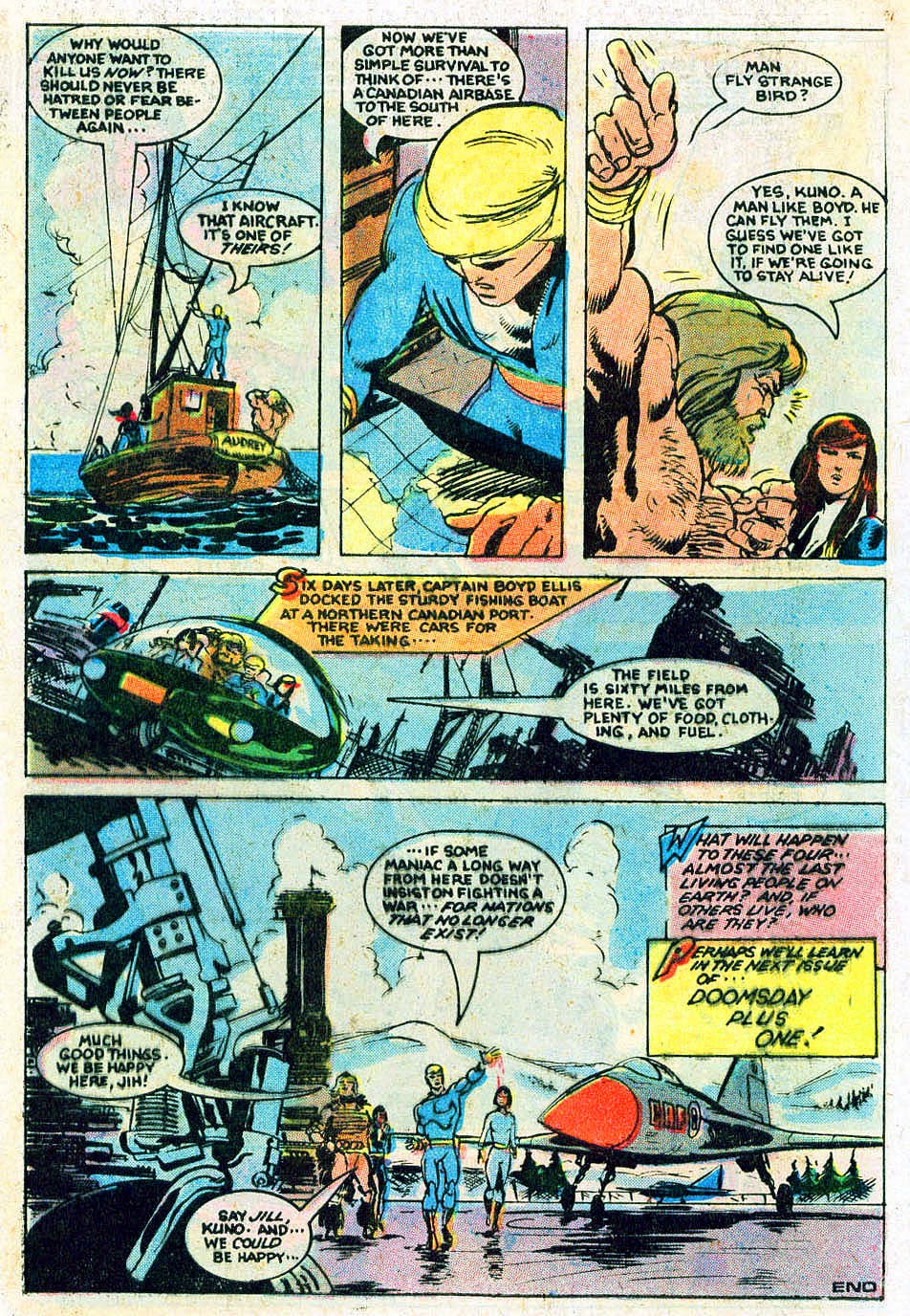 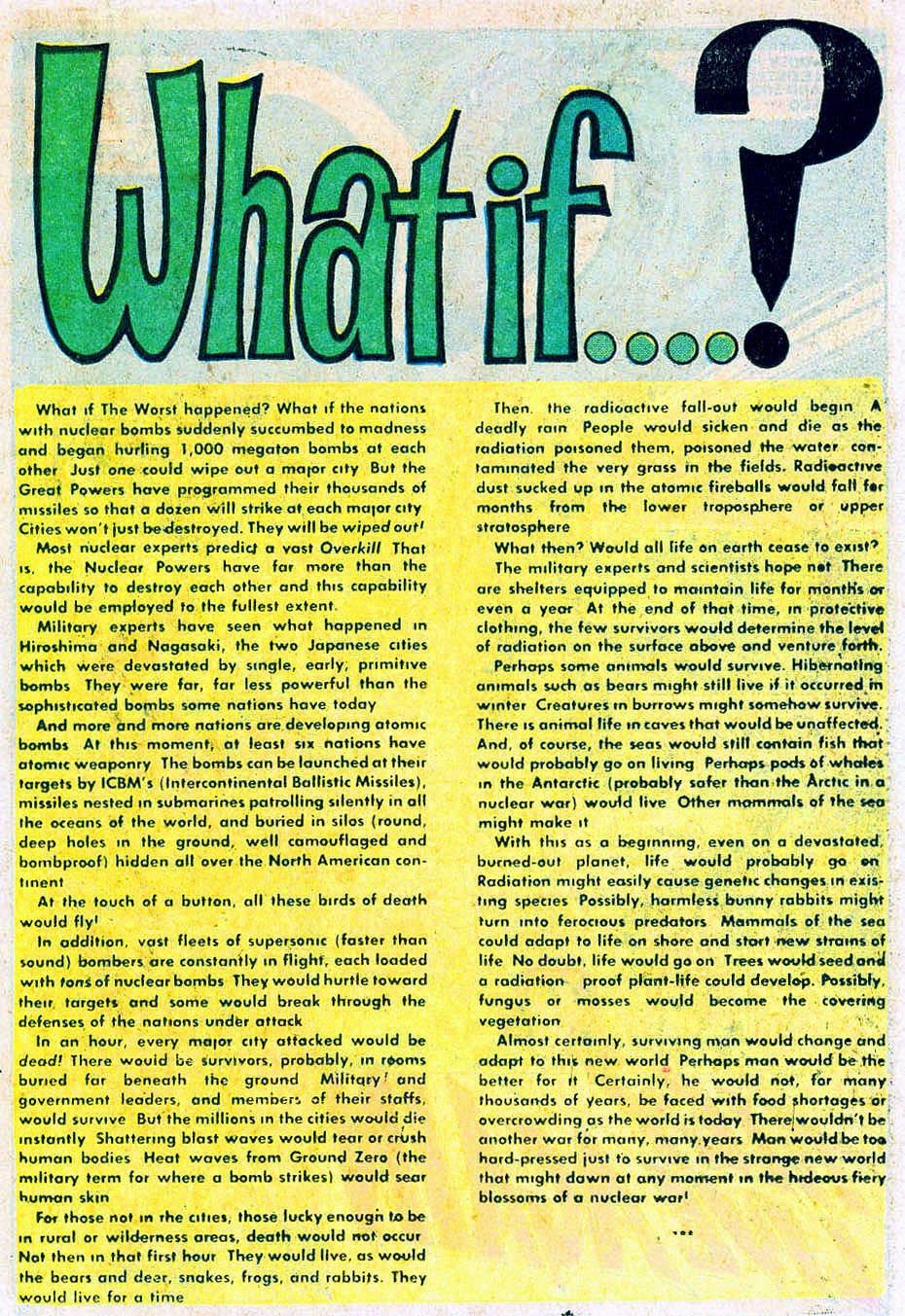