The Losers: A Small Place In Hell 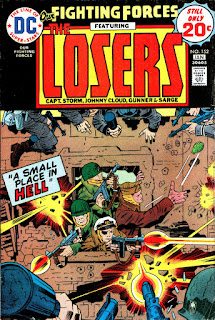 The Losers was a perfectly acceptable middle league war book starring a group of perennial second-stringers, none of them being capable of carrying their own book. The only problem being that Captain Storm, Johnny Cloud, Gunner & Sarge had to keep reminding us they were losers every third panel by bemoaning their fate endlessly. No one likes a griper.
But then, in the last few months of his tenure at DC, Jack Kirby was given the book. It'd be a stretch to say Jack turned The Losers into a classic or anything, but certainly it instantly became a better book, and a much more realistic one.
A Small Place In Hell absolutely reeks of authenticity, the heroes are cold, mud-encrusted and exhausted and the story, well, I'm not even sure there is one. The Losers look like shit and scream like madmen throughout the whole piece, and though it's action packed, it's not comic book action being delivered here. You couldn't keep up this pace for a whole series, and later issues can be a bit ropey, but for this one issue, this is real, actual war written and drawn by someone who was there, and is easily one of the best comics ever done by anybody in this genre. 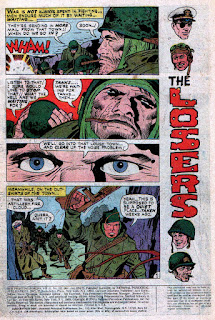 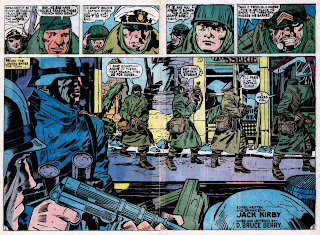 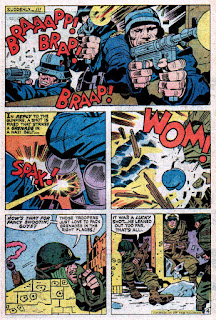 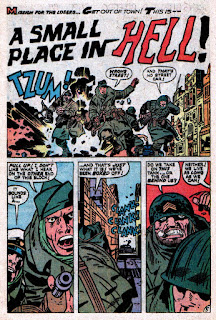 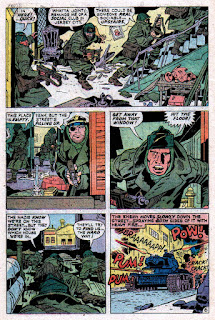 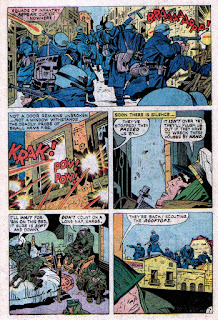 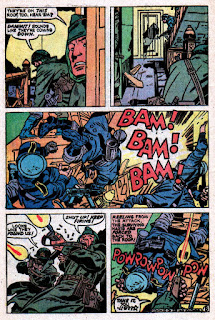 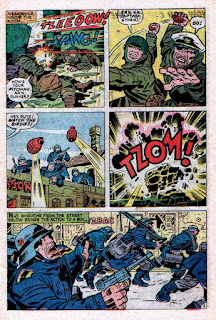 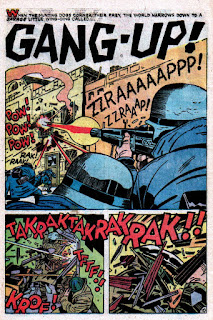 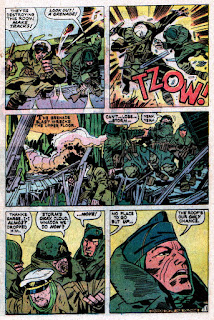 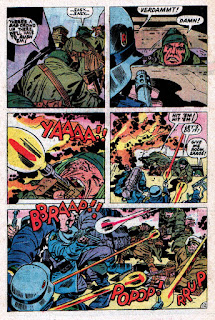 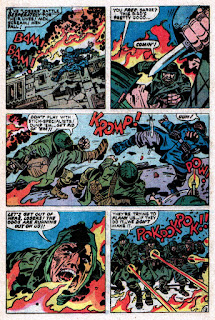 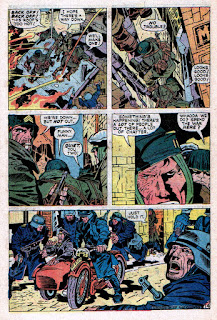 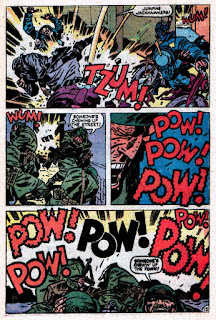 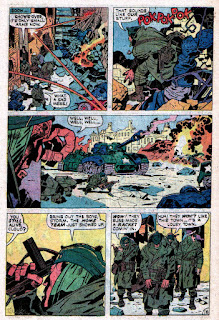 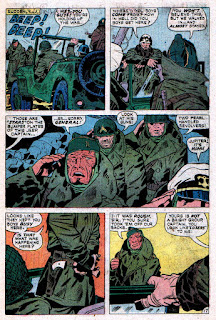 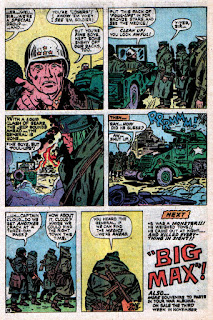