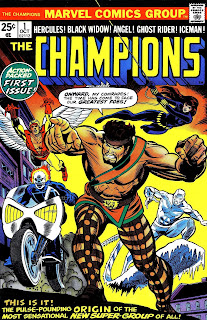 Even now, all these decades later, if you mention The Champions to most fans they'll all say much the same thing:
Why?
Why those characters? Why that team? Why any of it???
Even creator Tony Isabella has confessed to being totally befuddled when people come up to him at cons, and tell him how much they liked The Champions. Why?
Maybe the book represents some kind of existential experiment in the comic book form, questioning the nature of the medium itself.
Or maybe it's just a mid-level, average '70's Marvel book with two characters I absolutely love ( The Widow & The Ghost Rider ) and three I couldn't give a stuff about. Because unlike, say, every single other super-team ever, there never really seemed to be a plausible reason why they all thought they needed to be in a group anyway.
But there is fun to be had here, if you know where to look. I like the Tuska & Byrne issues, and there's that one where Black Goliath fights Stilt-Man, largely offscreen. There's the fact the gang has a 'Champsignal' AND a 'Champcraft'.  And I liked that 'storefront superheroes' thing, they should've made more've that. Oh, and just what the hell are Warren & Natasha doing on this cover???? Take out everybody else and look at them. Once seen, can't be unseen. 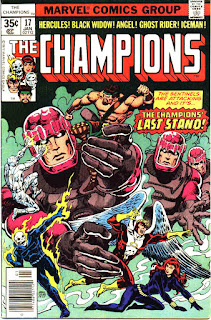 Here's one of my favourite issues and Champvillains: Rampage, the working stiff bad guy who gets trampled on by the recession and decides to take his fight to The Man. Ok, it's not the origin of Mole Man or Doc Doom or anything, but at least they're trying for something a little bit different. If the whole series had been this interesting, maybe we'd all stop saying why? 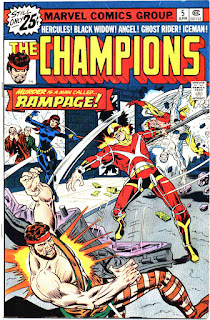 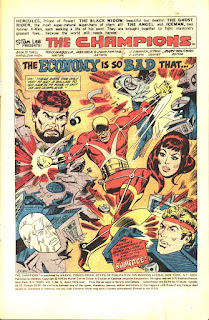 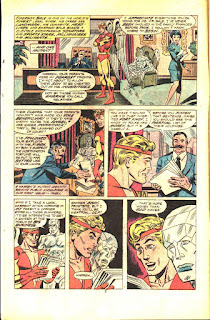 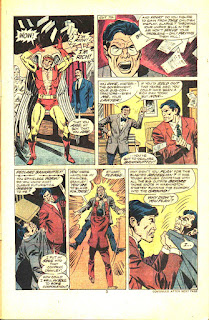 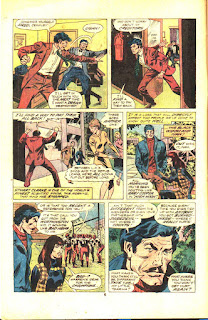 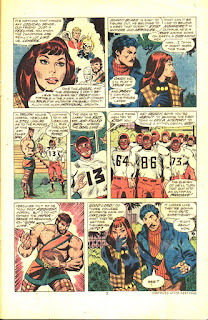 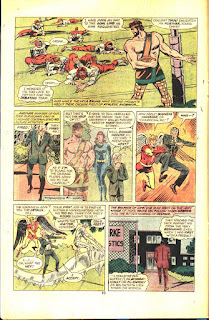 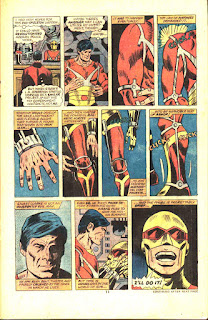 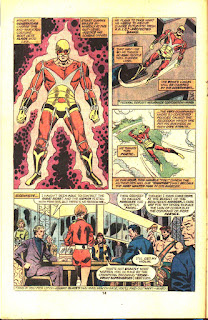 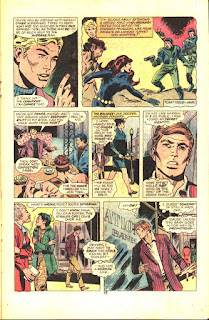 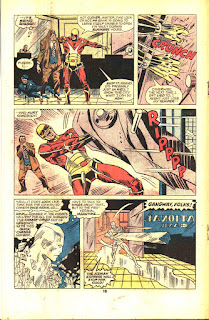 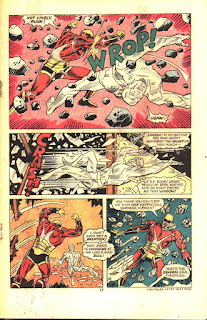 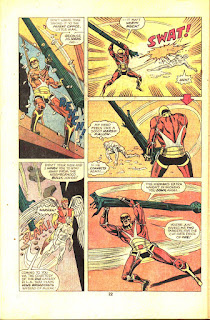 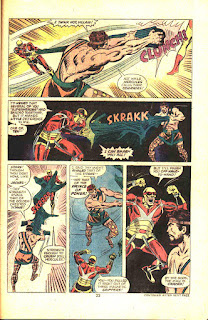 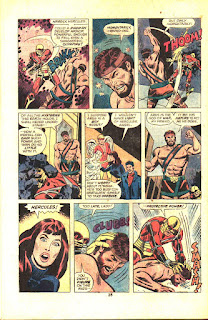 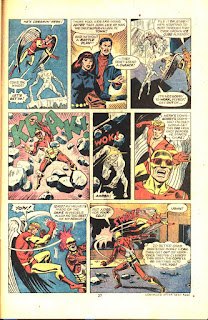 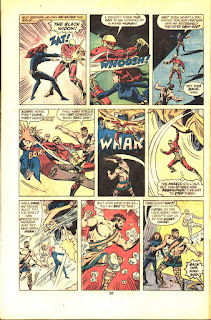 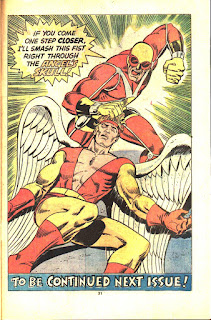