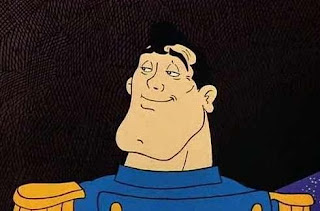 Here's Berni Wrightson retroactively auditioning for a job at '50's comic giant EC, in much the same way he later paid tribute to his spiritual forebear 'Ghastly' Graham Ingels ( EC's greatest horror artist ) with The Potty's Over at Epic. This time, Berni's aiming for the early issues of Mad, putting together what could almost be a lost strip by Harvey Kurtzman & Wally Wood.
Lincoln Sternn is the galaxy's baddest crook, Han Solo as played by James Garner if he was trying to pass for Superman, and he and his Hulk-like henchman Hanover Fiste turned up wherever Berni could squeeze them in, particularly a recommended 5-issue run over at Kitchen Sink. He also, of course, turned up in an adaptation of this very piece in the Heavy Metal movie ( which, sadly, I can't seem to find in full on youtube to show off ), but here's where his all too-brief comics career began. 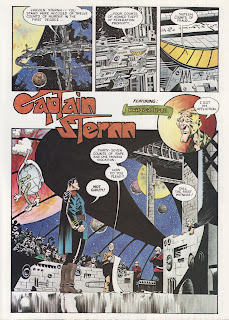 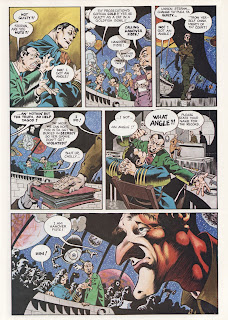 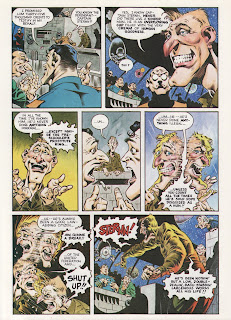 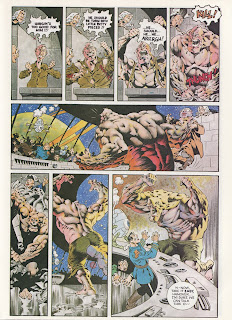 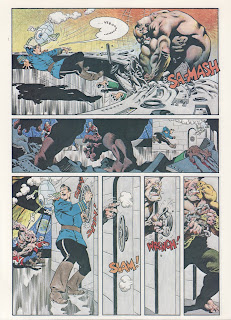 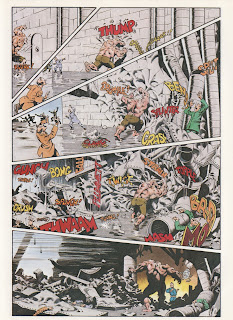 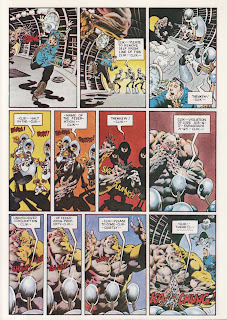 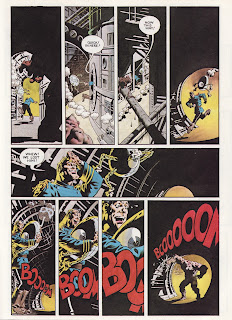 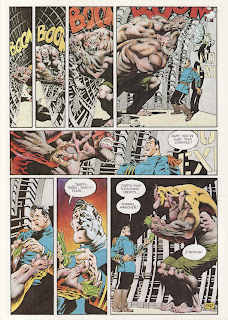