The Cruise Of Lost Souls 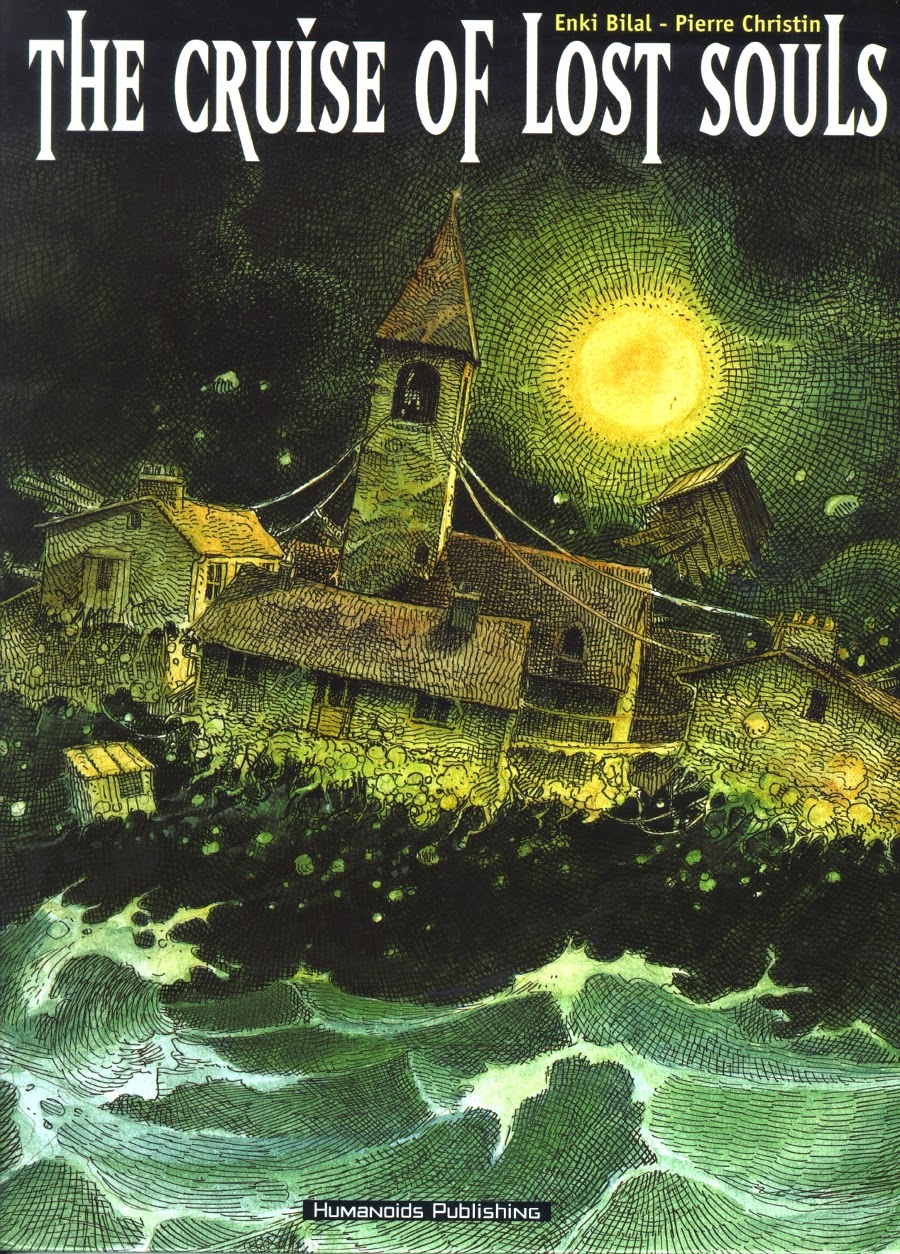 The Cruise Of Lost Souls was the first of Enki Bilal / Pierre Christin's so-called 'Townscape' trilogy, a series of environmental fables, that all follow much the same basic idea. As a group of unscrupulous politicians and businessmen set out to ruin the lives of the average working man, something magical happens to block the path of 'progress'. Always involved is the mysterious white-haired man ( who looks kind of like a gallic Elric ) who turns up at opportune moments, and always knows more than he lets on.
Titled The Voyage Of Those Forgotten when it originally ran in Heavy Metal, ( a better title I think ) this tale is about a tiny Italian ( or possibly French ) village that takes it upon itself to one day float off into the sunset.
The message is sometimes forced, but Christin's script manages to hit just the right side of whimsy, ably lightening Bilal's usual gloom encrusted worldview ( although he really lets himself go in later episodes, where army officals start mutating into hideous monsters ). But it's the comedic, secondary characters I like, such as the bedridden old man who refuses to believe any of it is happening, the kids who realise they won't have to go to school, and the fact that, confronted with such a bizarre set of happenings, the villagers take the only sensible option, and break out the wine, bread and pate.
Here's the first few episodes. 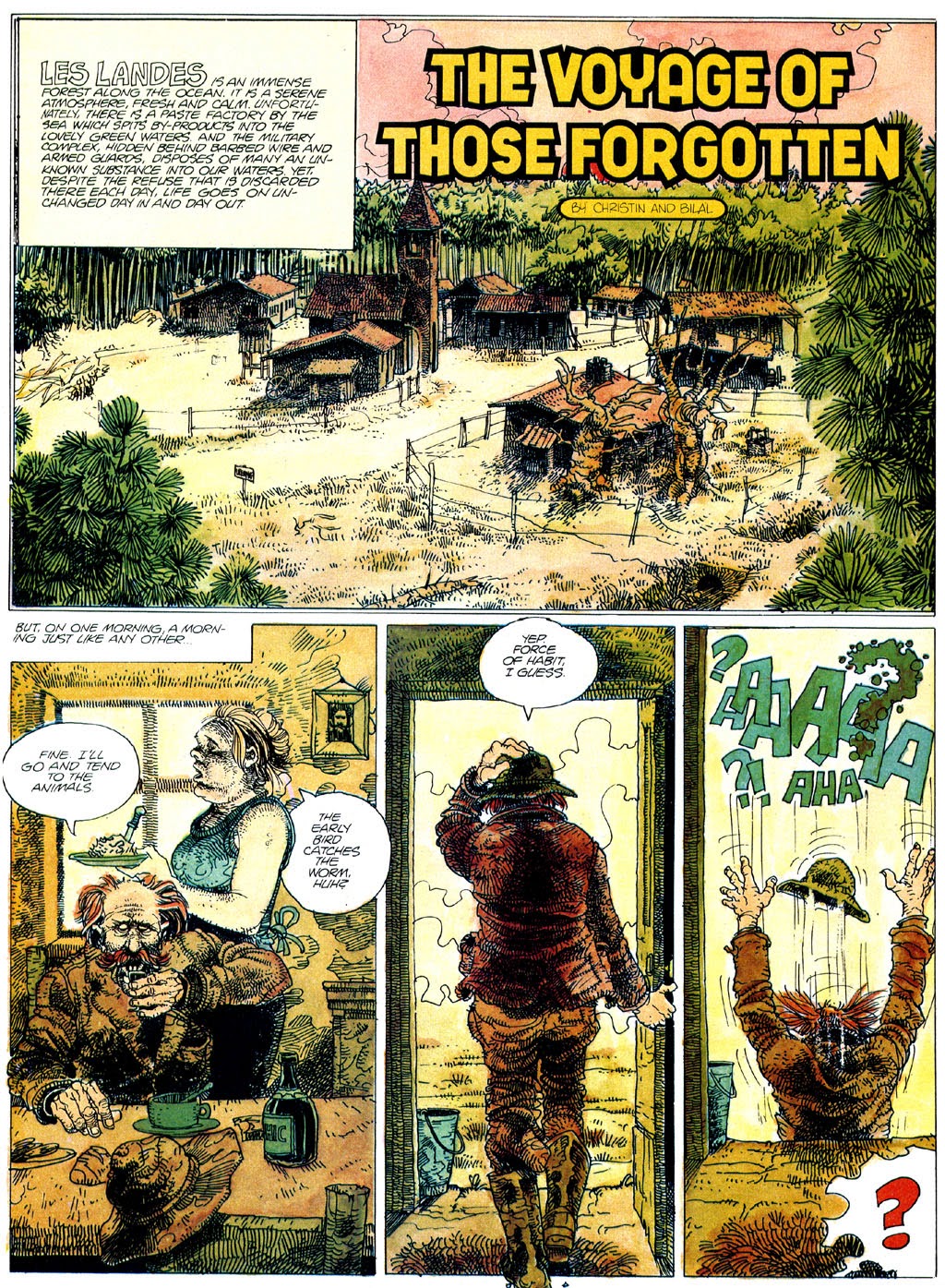 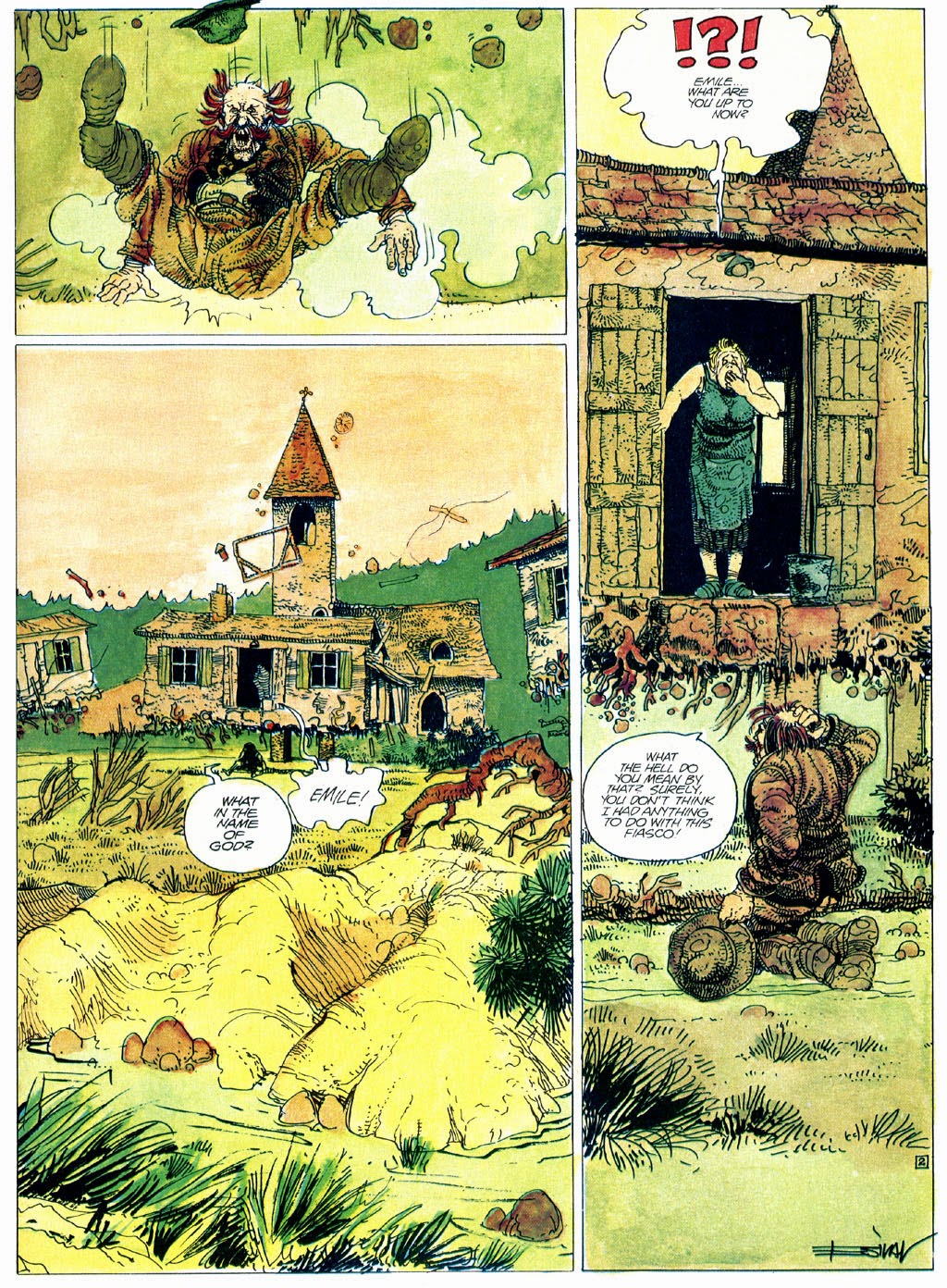 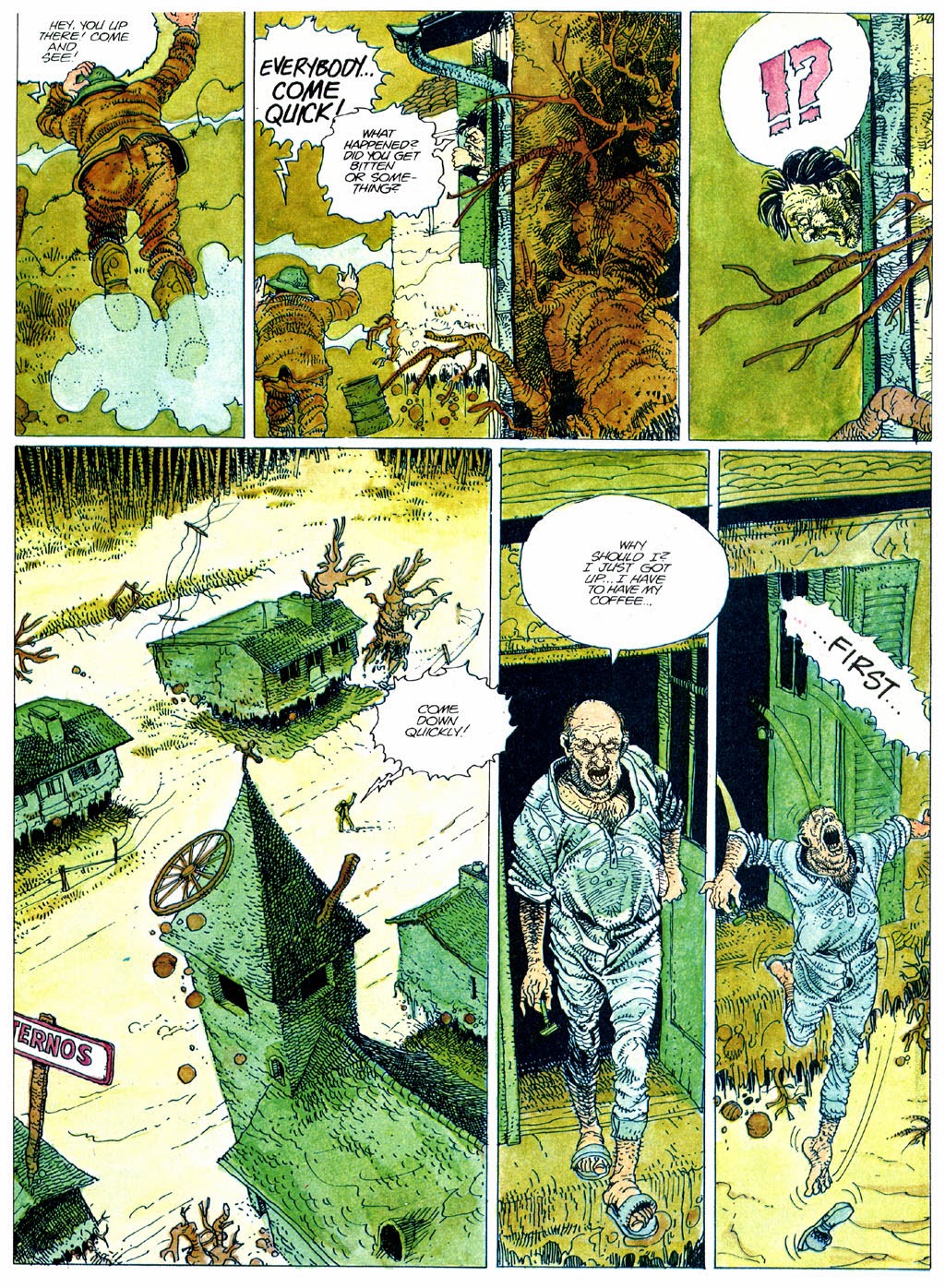 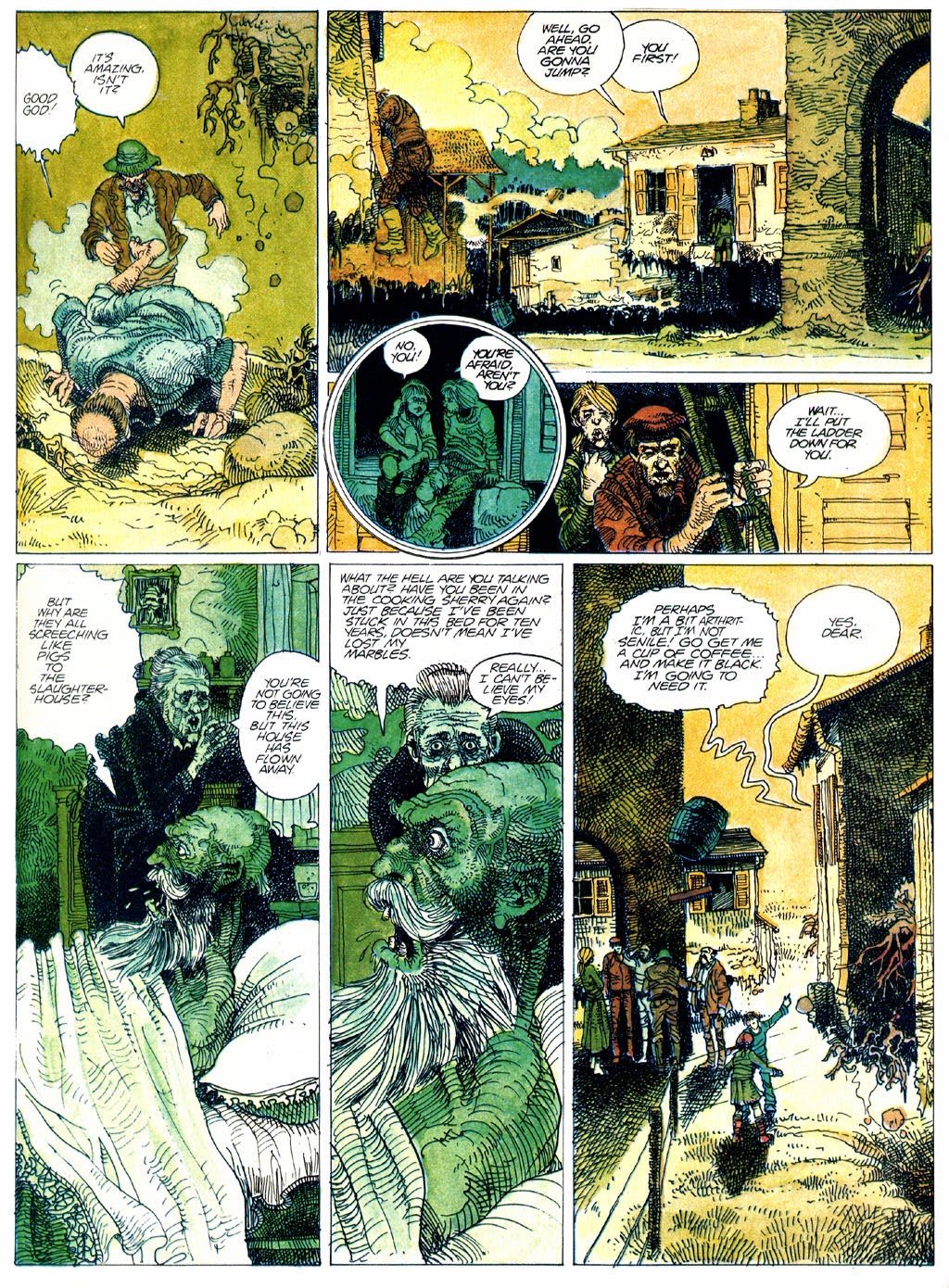 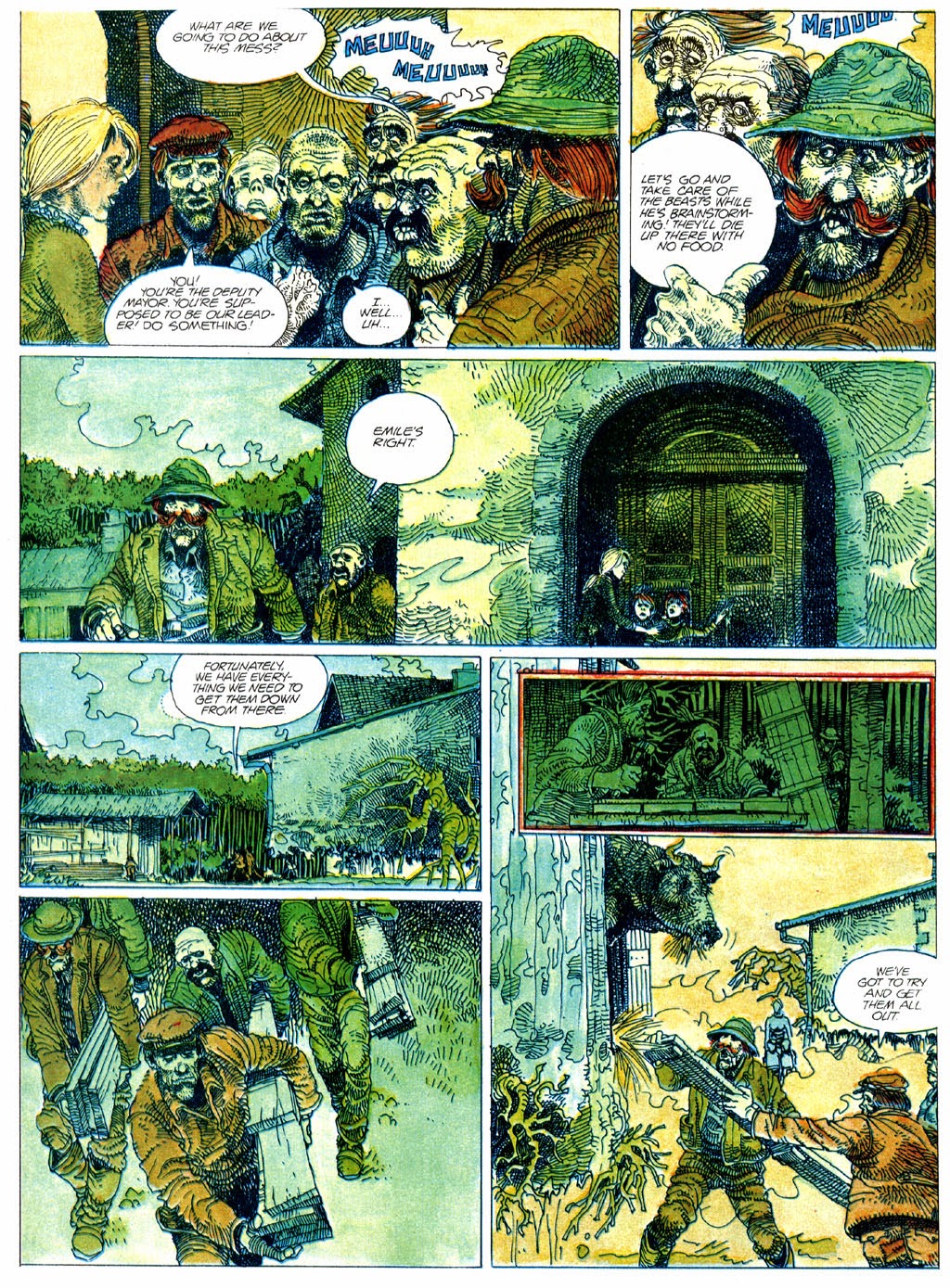 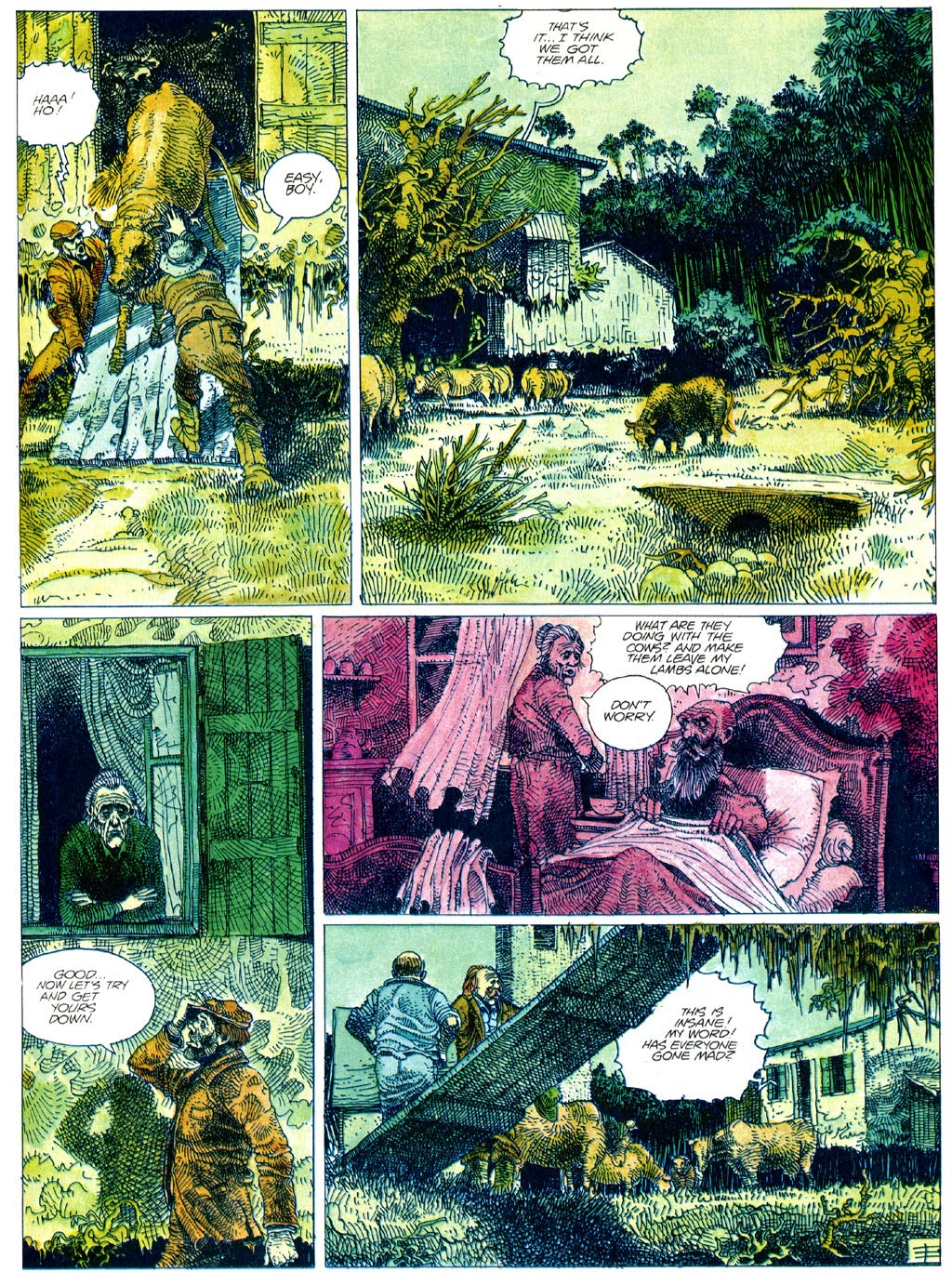 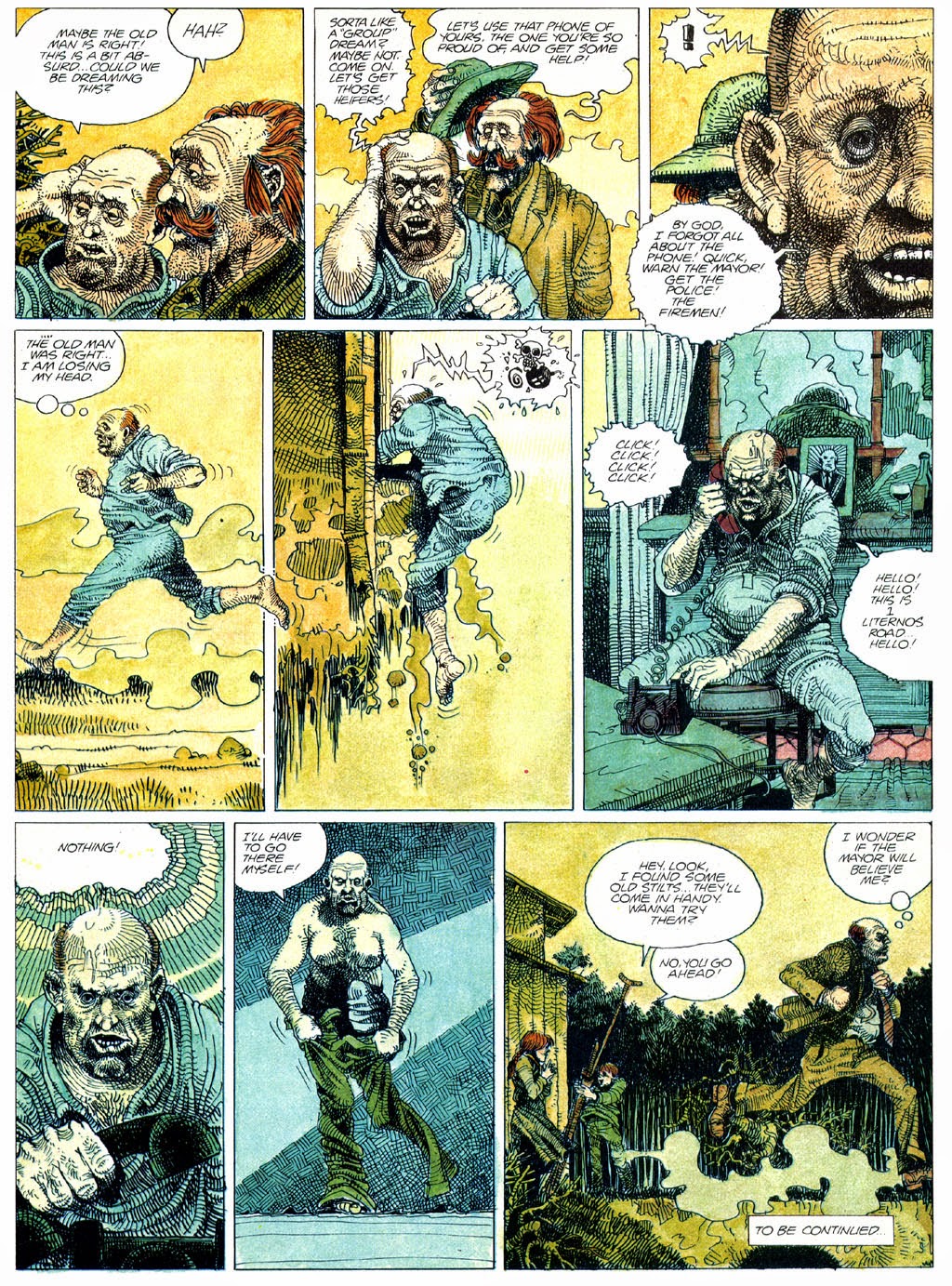 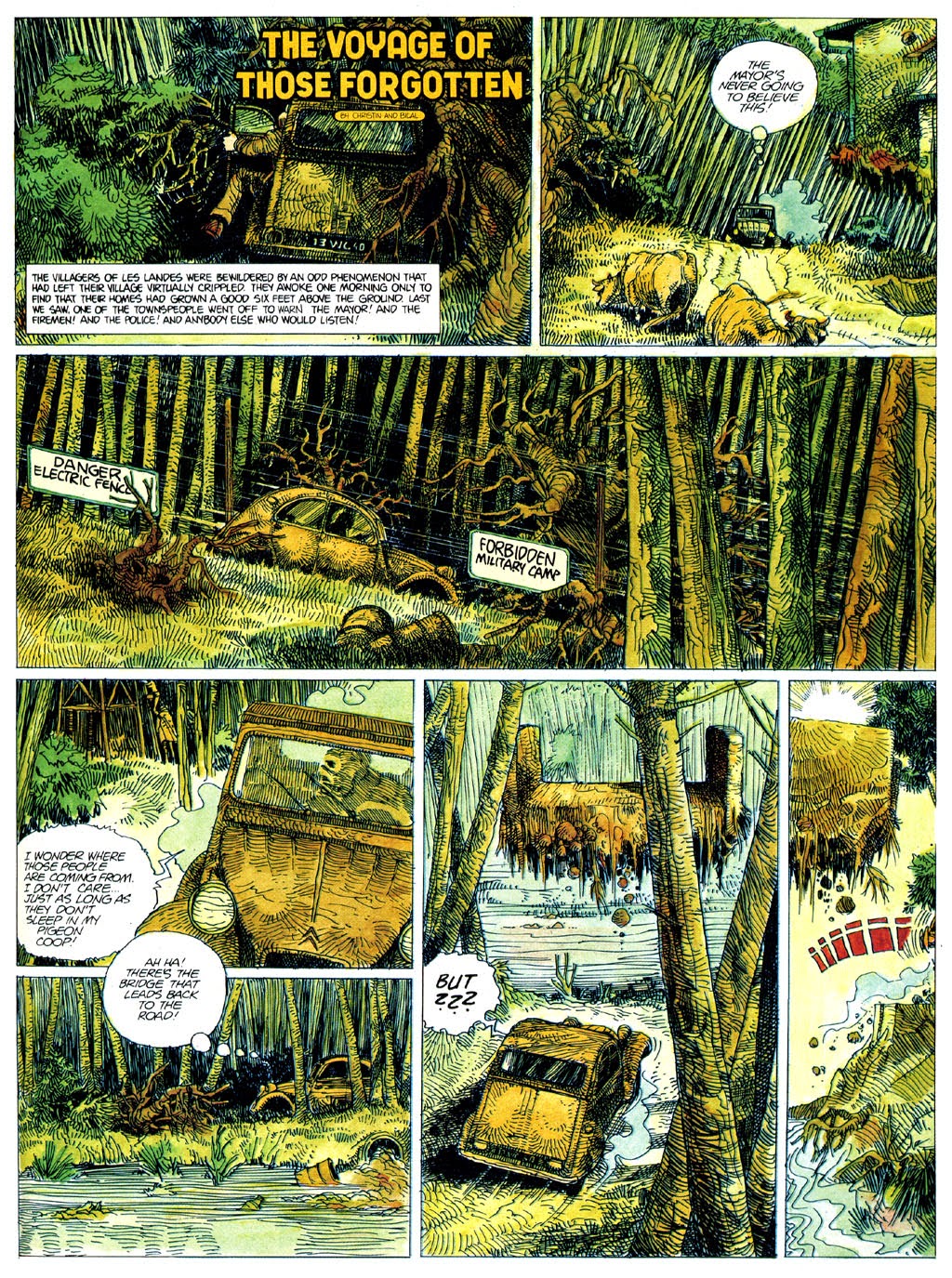 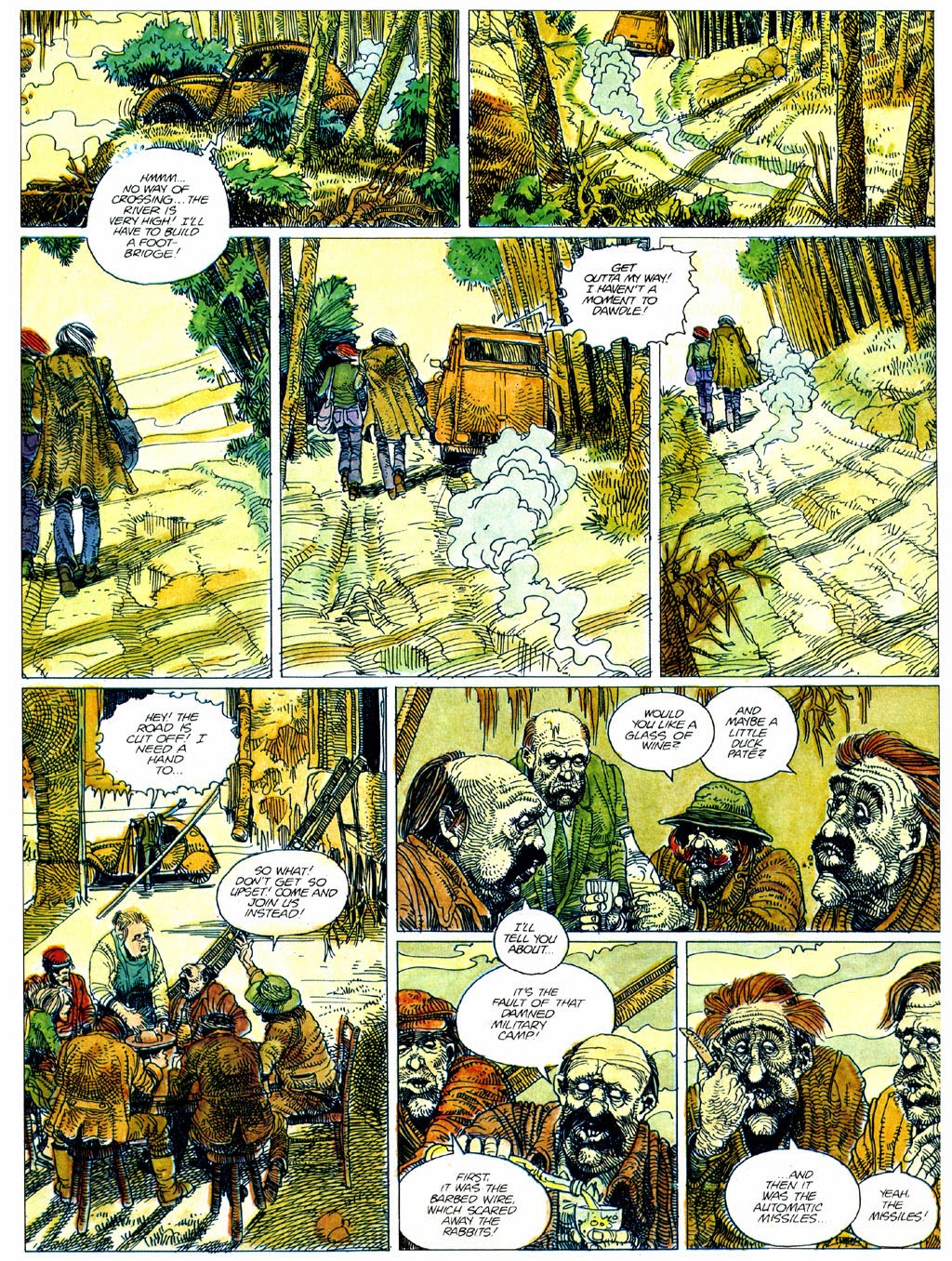 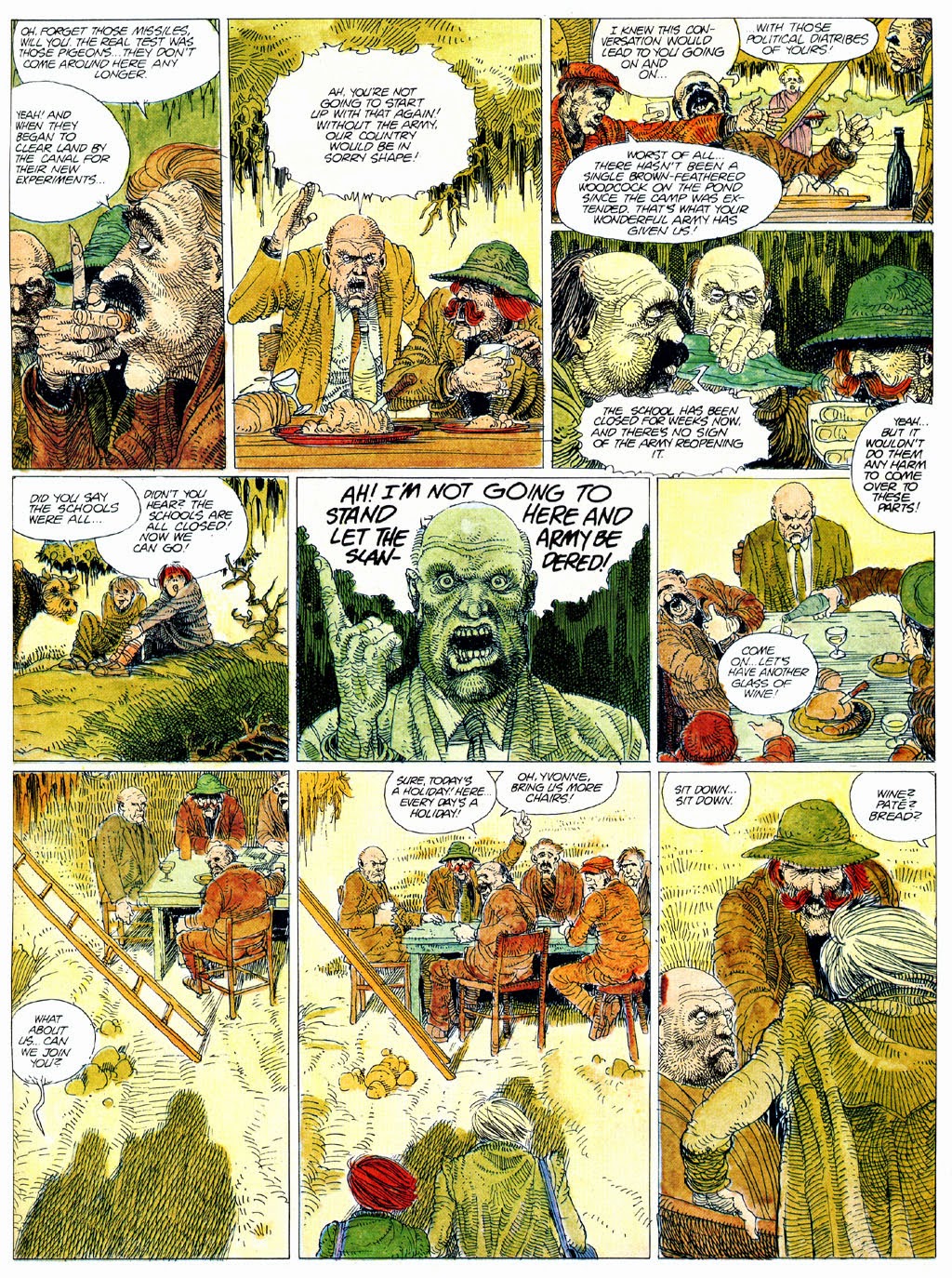 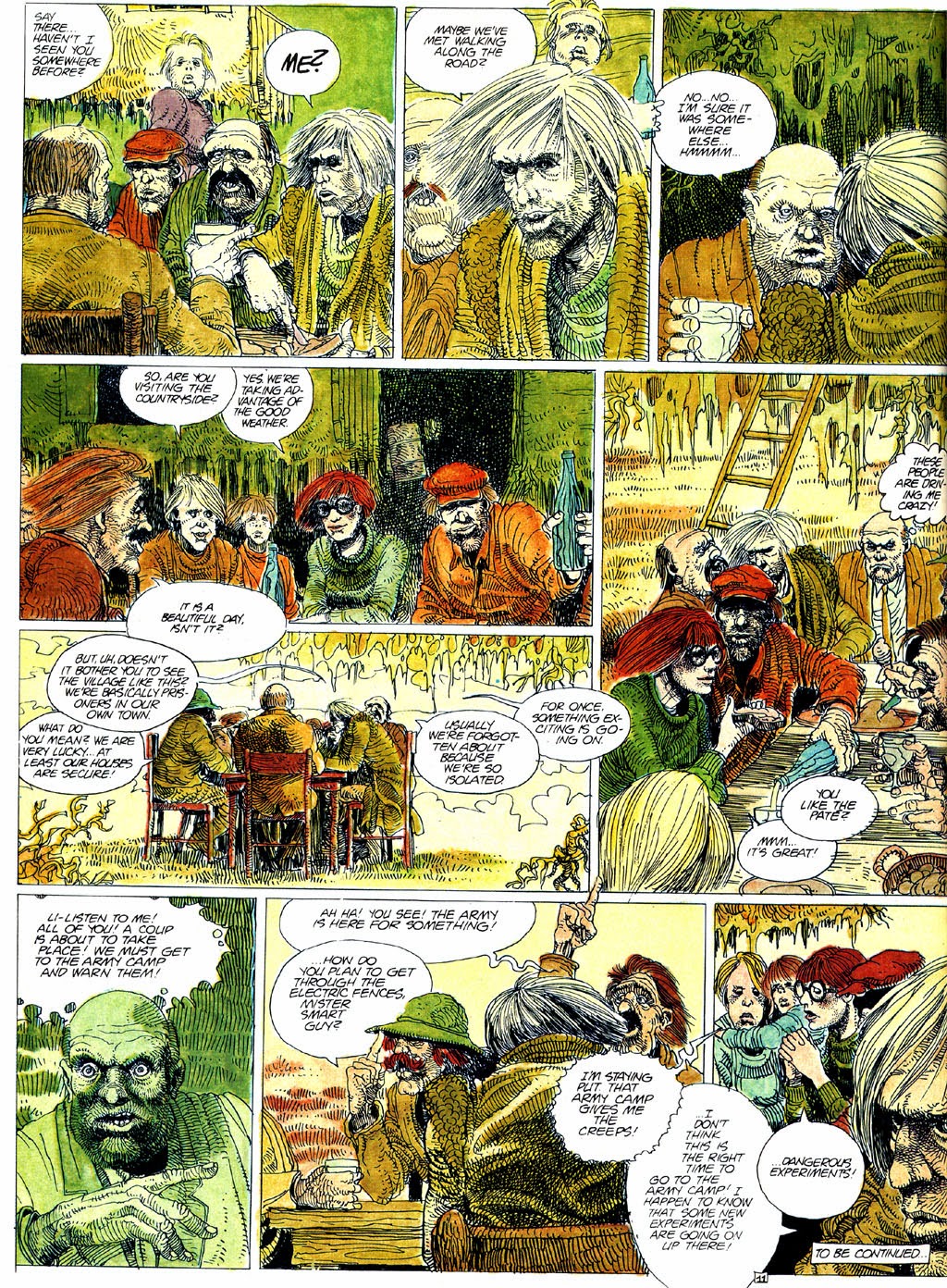 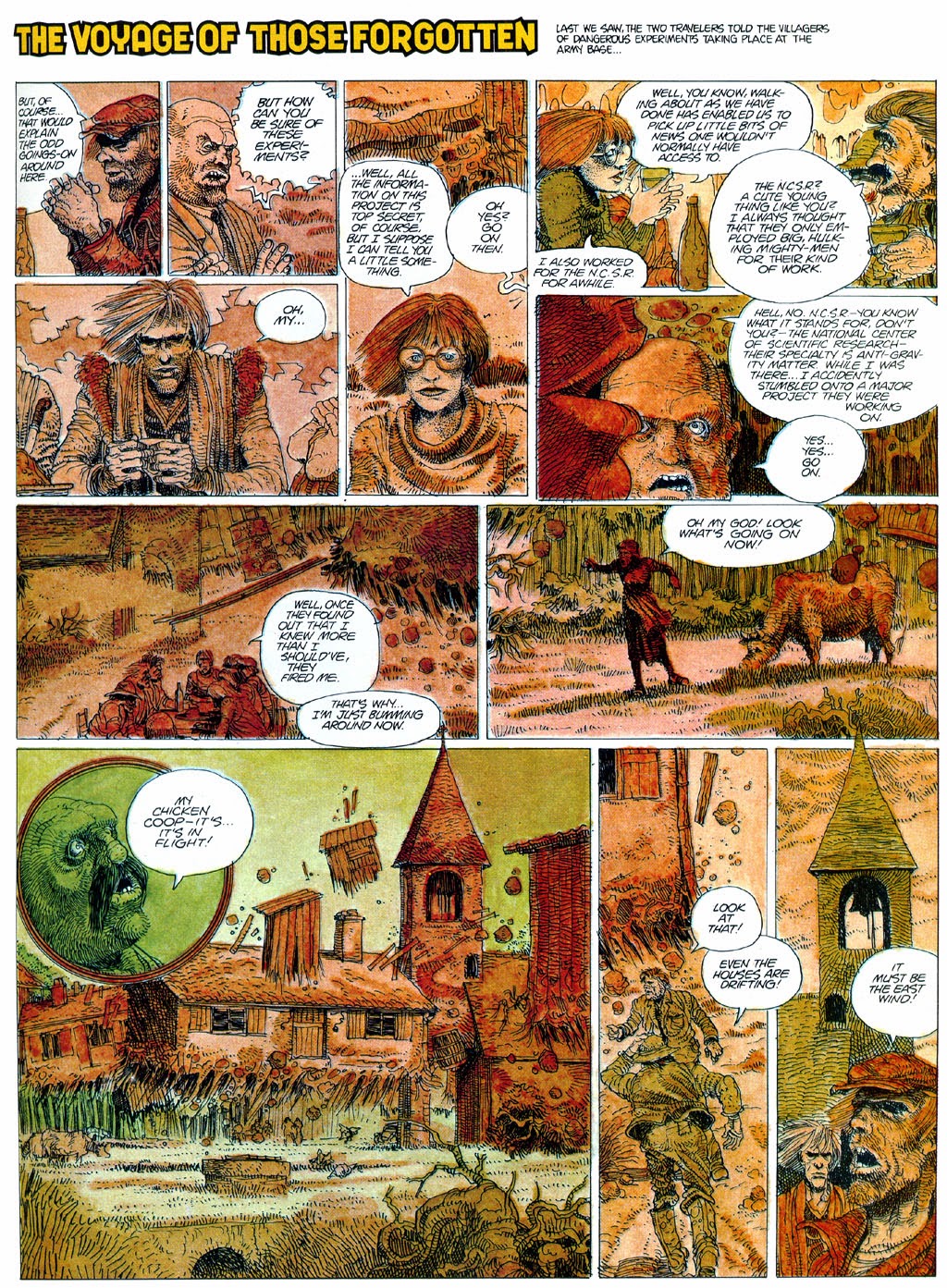 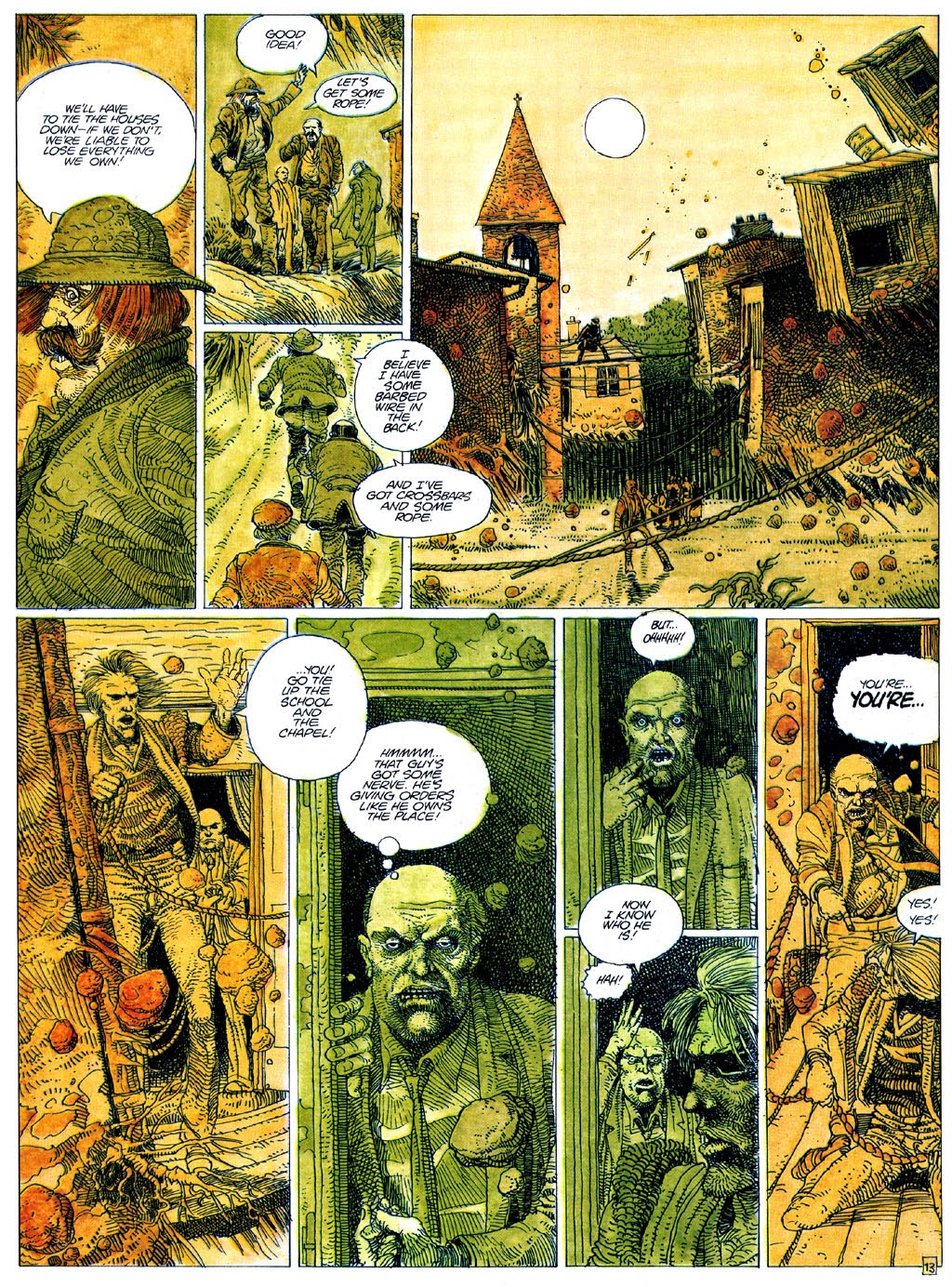 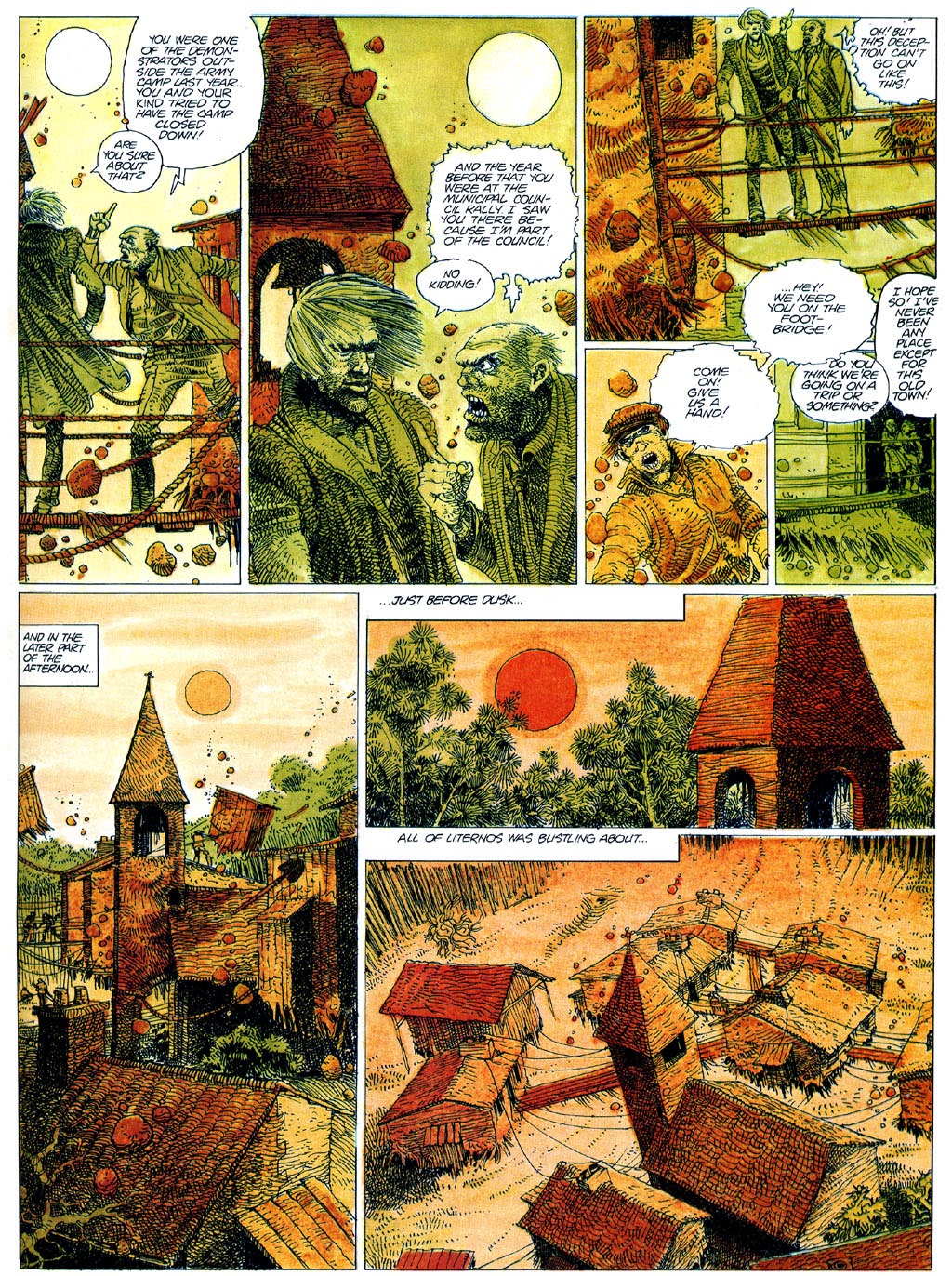 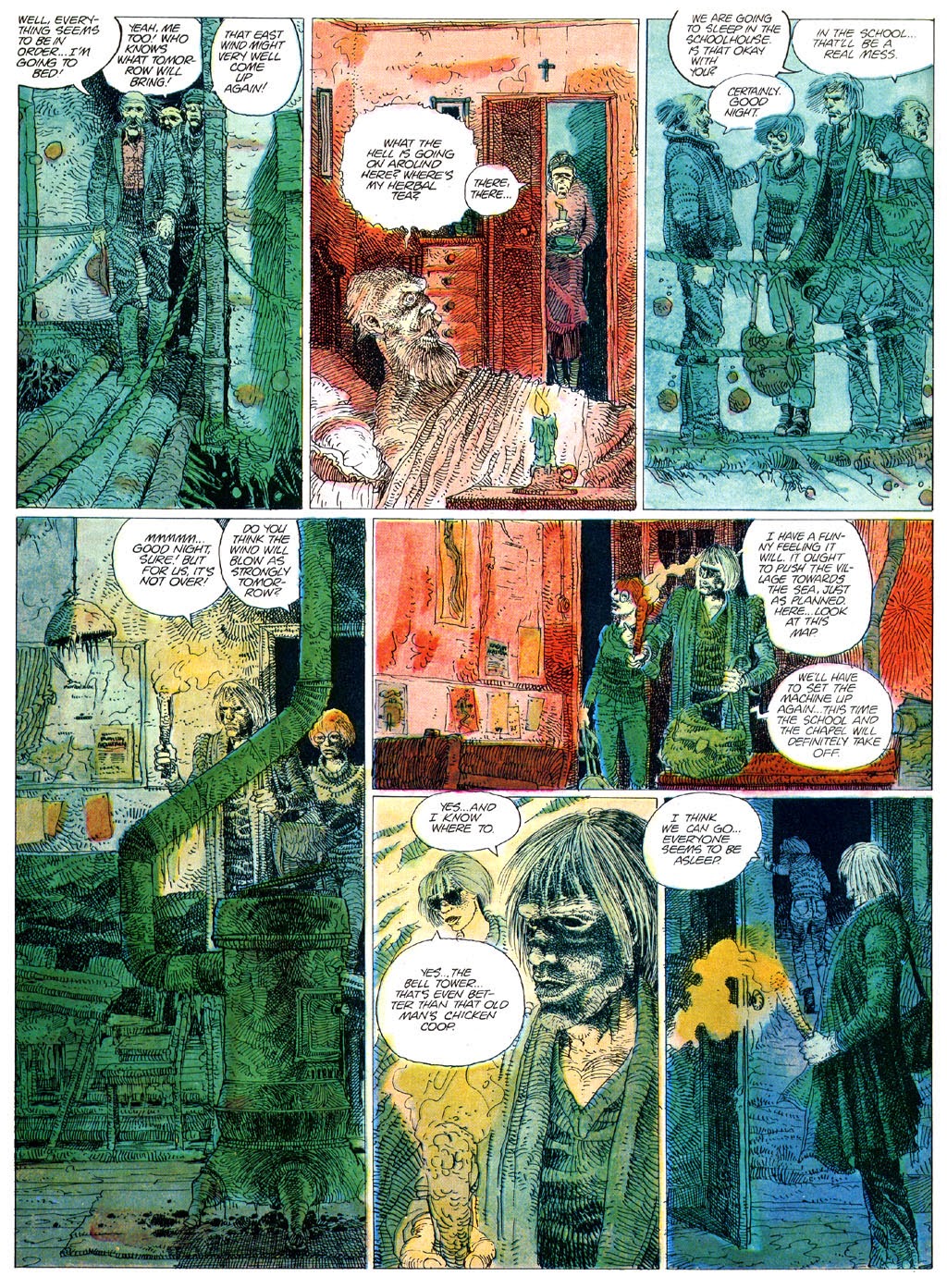 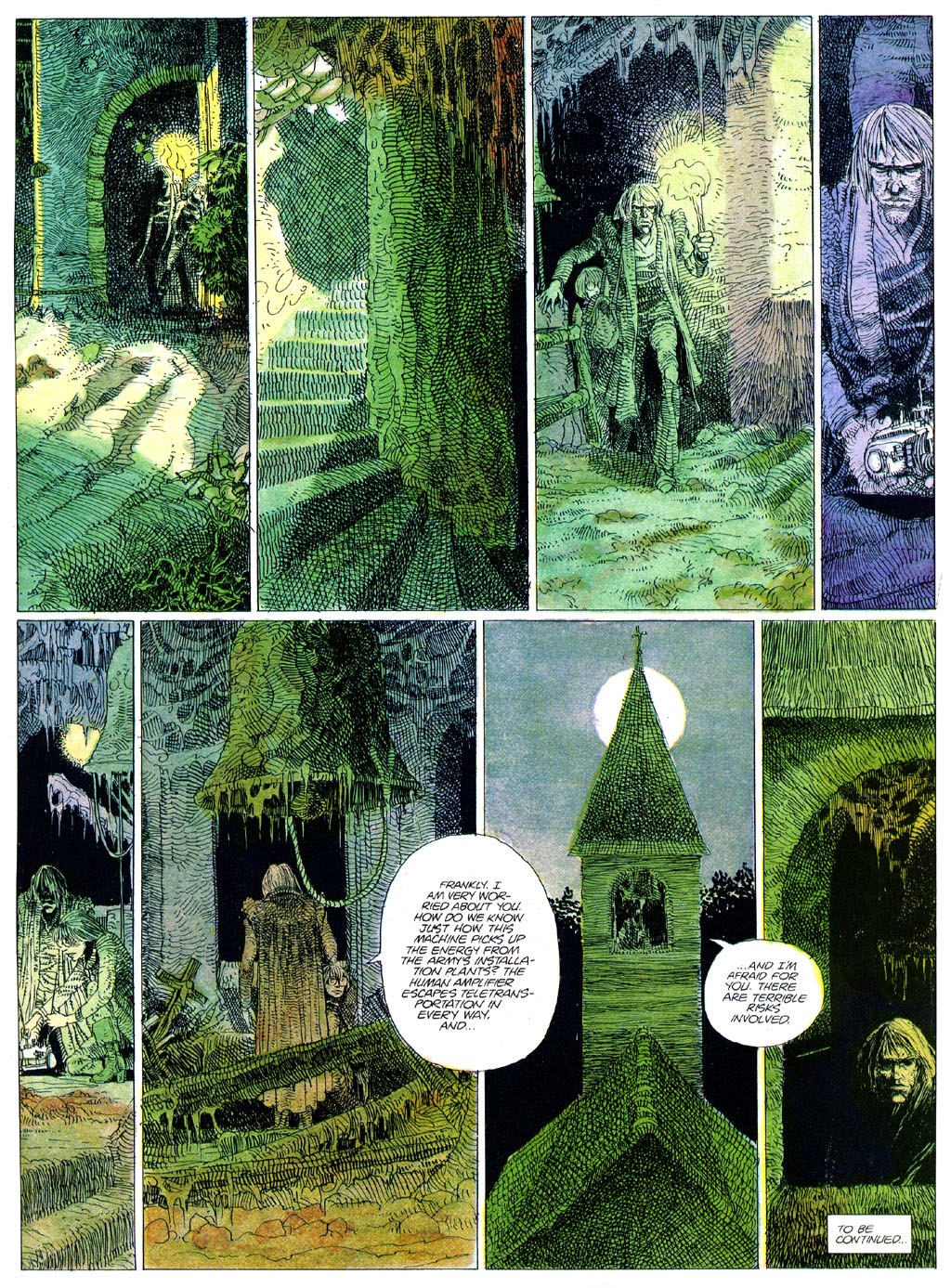 Labels: enki bilal, pierre christin, the cruise of lost souls, the voyage of those forgotten