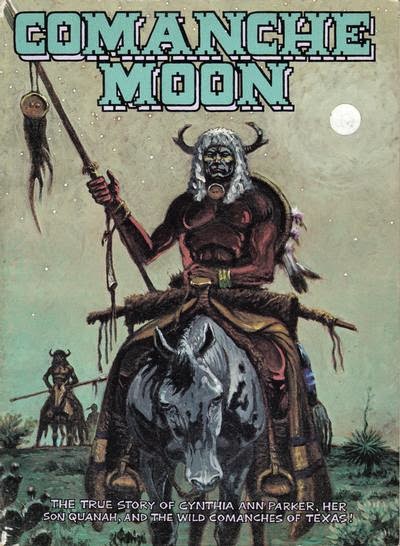 Comanche Moon is a wonderful historical graphic novel that really belongs in everyone's collection.
Published by Last Gasp in 1979, it's the true story of Cynthia Ann Parker, a white girl kidnapped and raised by Comanche's, and her son Quanah, who grows to become the last chief of the tribe.
Underground artist Jack Jackson had tackled the history of his home state of Texas before, in strips like Nits Make Lice ( Slow Death #7 ), but this was a quantum leap forward from that early, explicitly violent underground classic.
The mood is objective, rather than sensationalist, and any violence happens offscreen. It does take a while to get used to the distance Jaxon has here as a writer, as he deliberately doesn't get inside these real people's heads, but instead presents the facts just as they happened.
A neat idea also is how the characters occasionally talk in modern day slang, as well as commenting wryly on the narration above their heads, making this anything but a dry history lesson.
Plus Cynthia ( renamed Naduah by her new family ) and Quanah can't help but be fascinating characters, and Comanche Moon is literally unputdownable from start to finish. If there's any fault, it's that the sweep is sometimes too vast to follow, but you're always brought back to Quanah, and his incredible life story.
As an artist too, Jaxon approaches John Severin in places here, in terms of realism and feel for his subject.
He also somehow gives the indian characters' completely expressionless faces real expression and emotion throughout.
Here's the first couple of chapters as a teaser. You'll want to read on.. 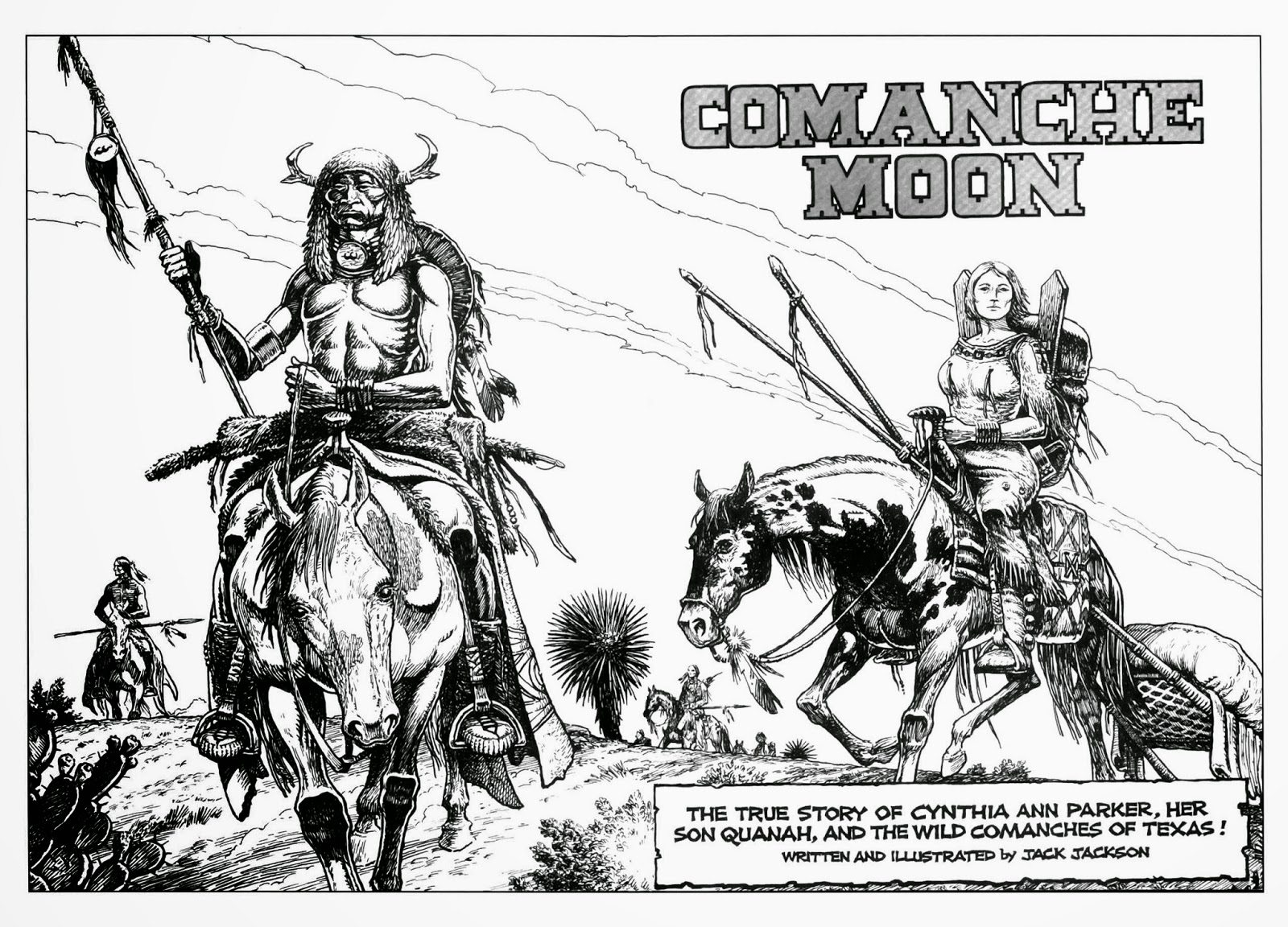 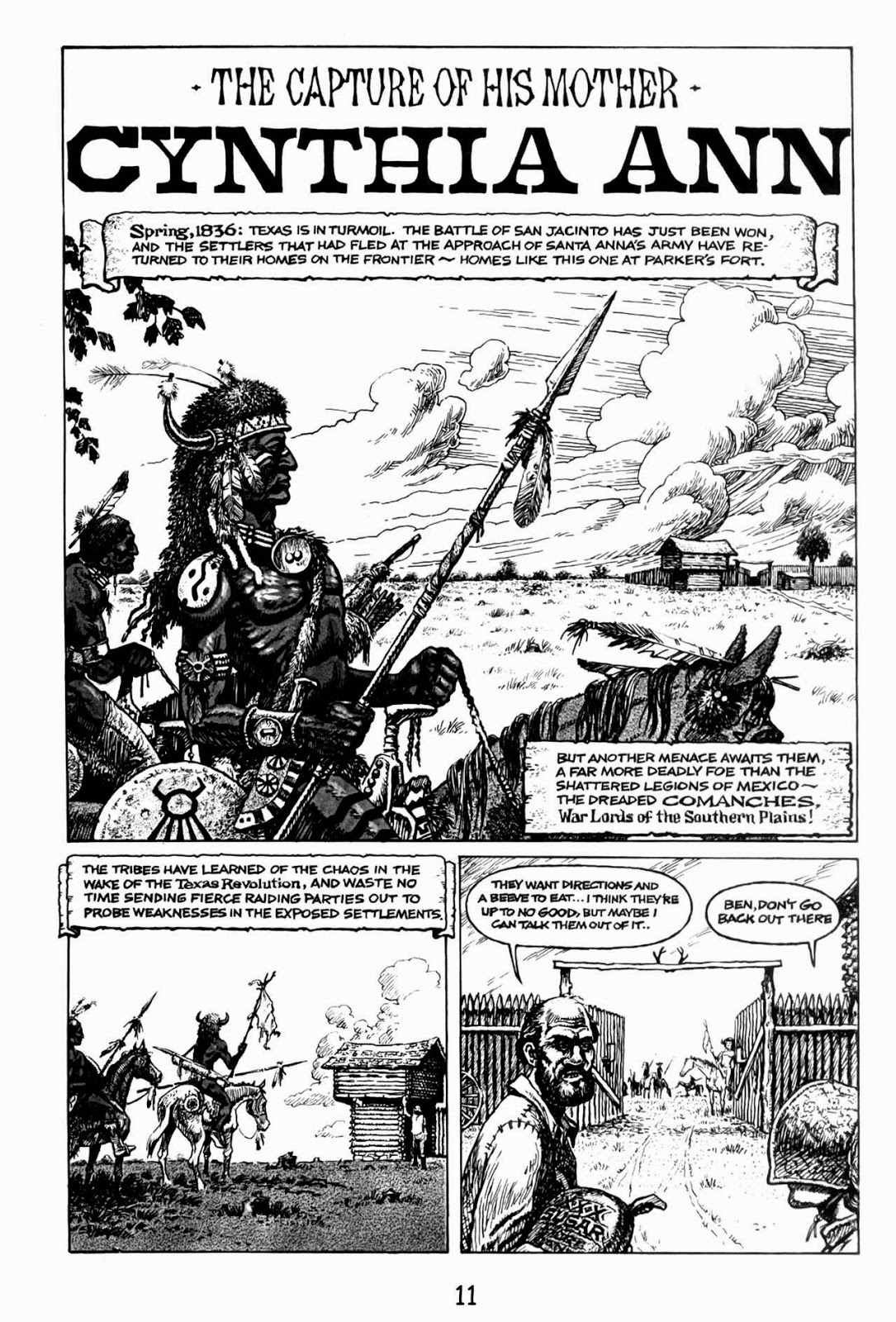 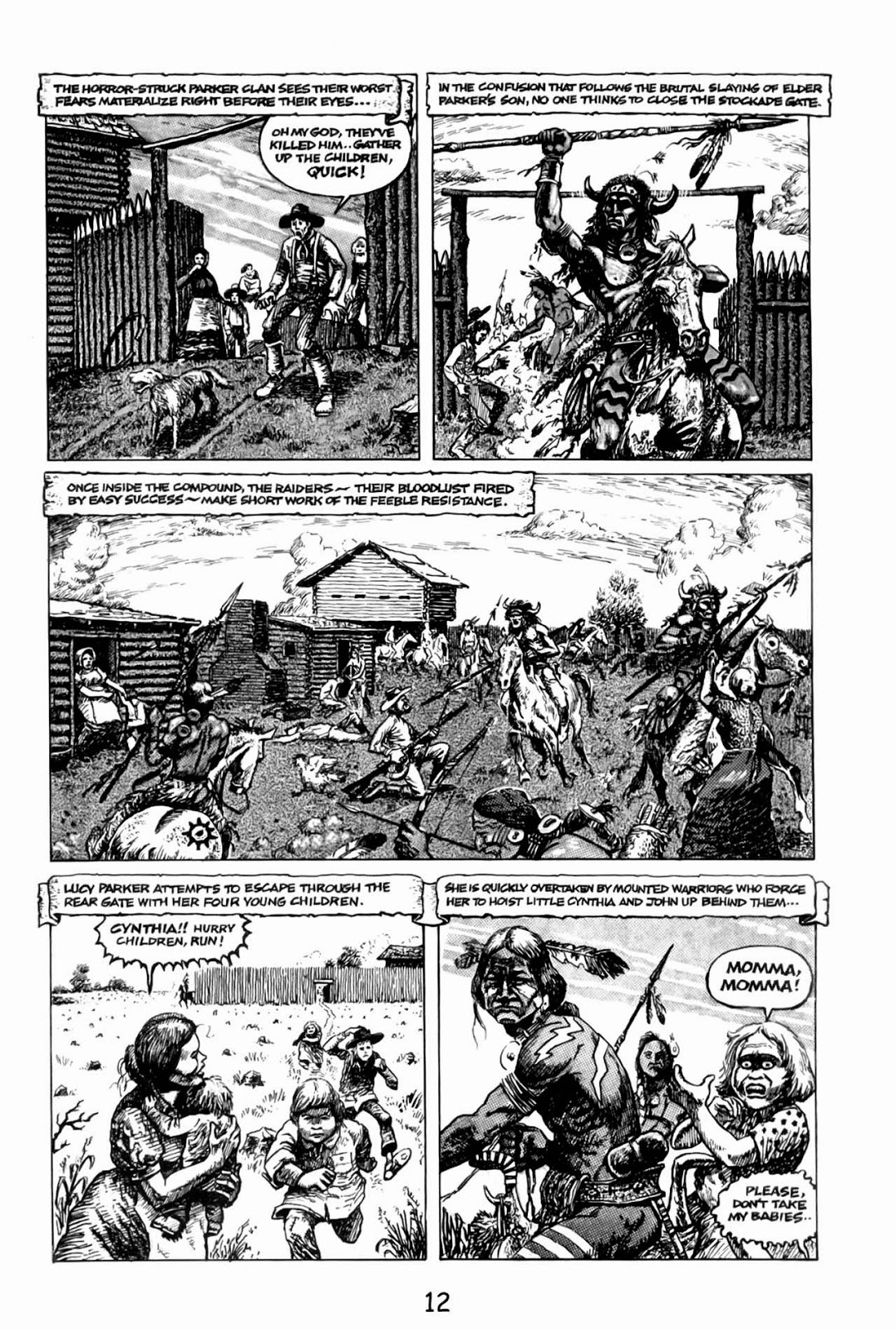 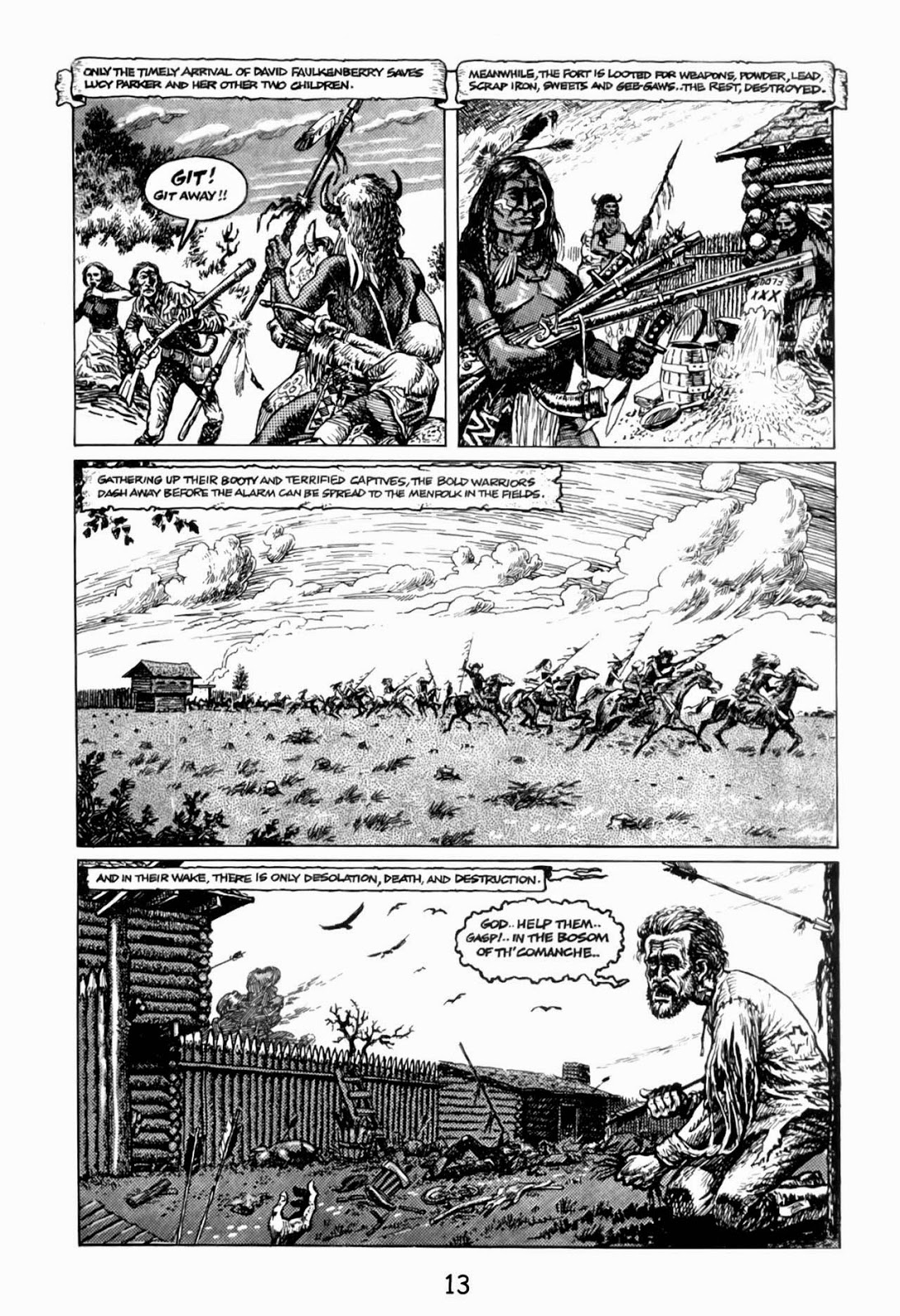 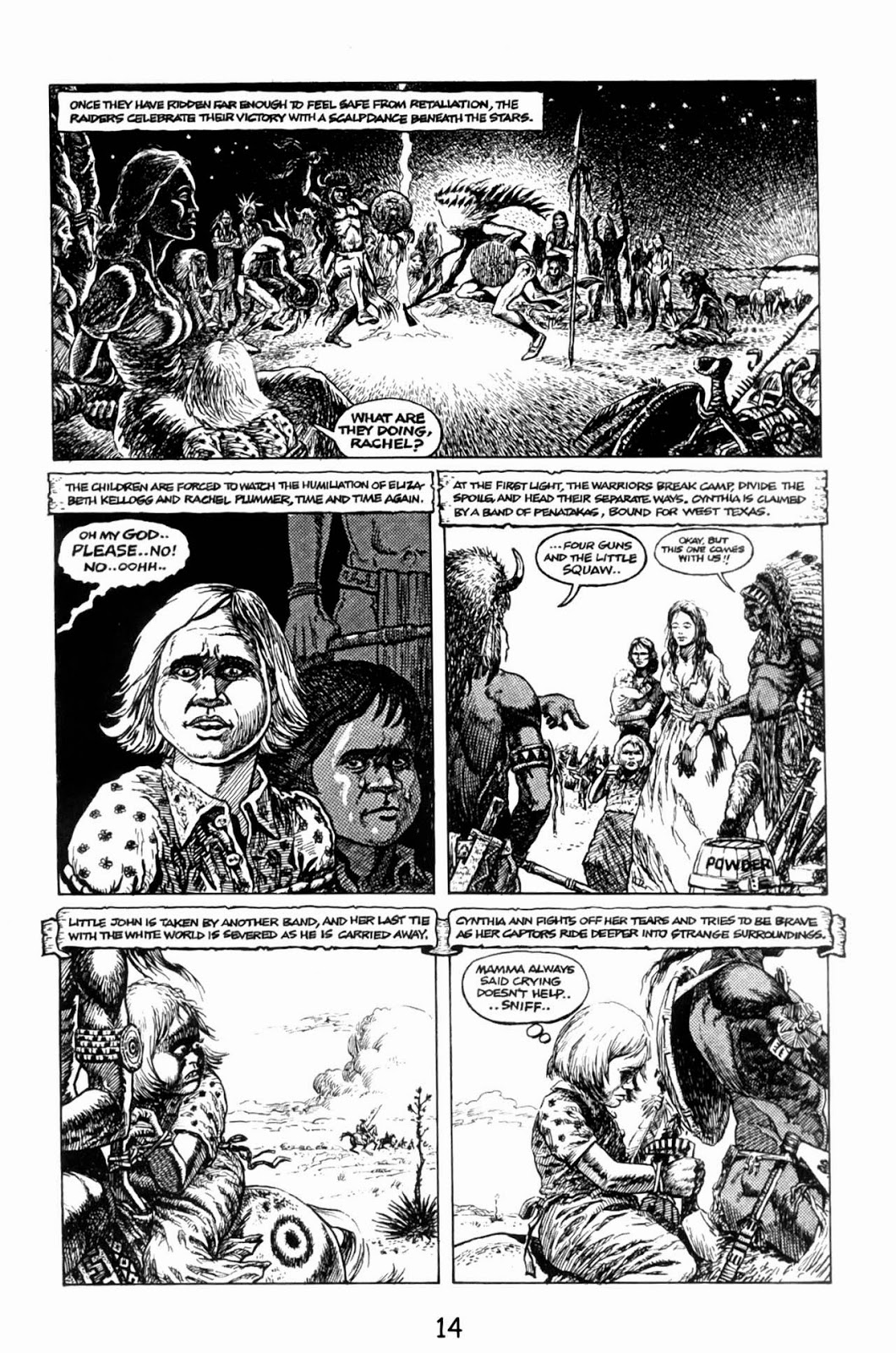 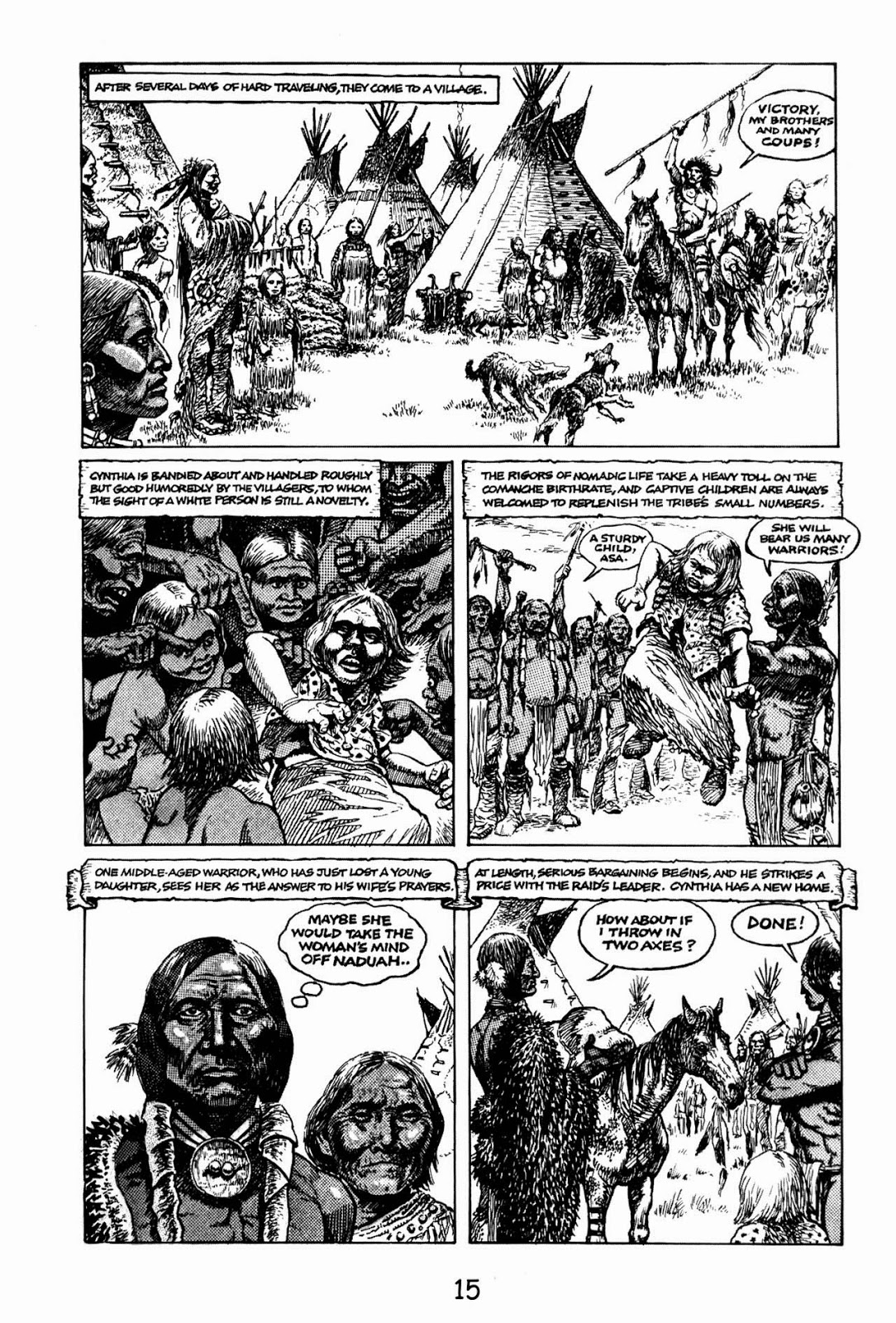 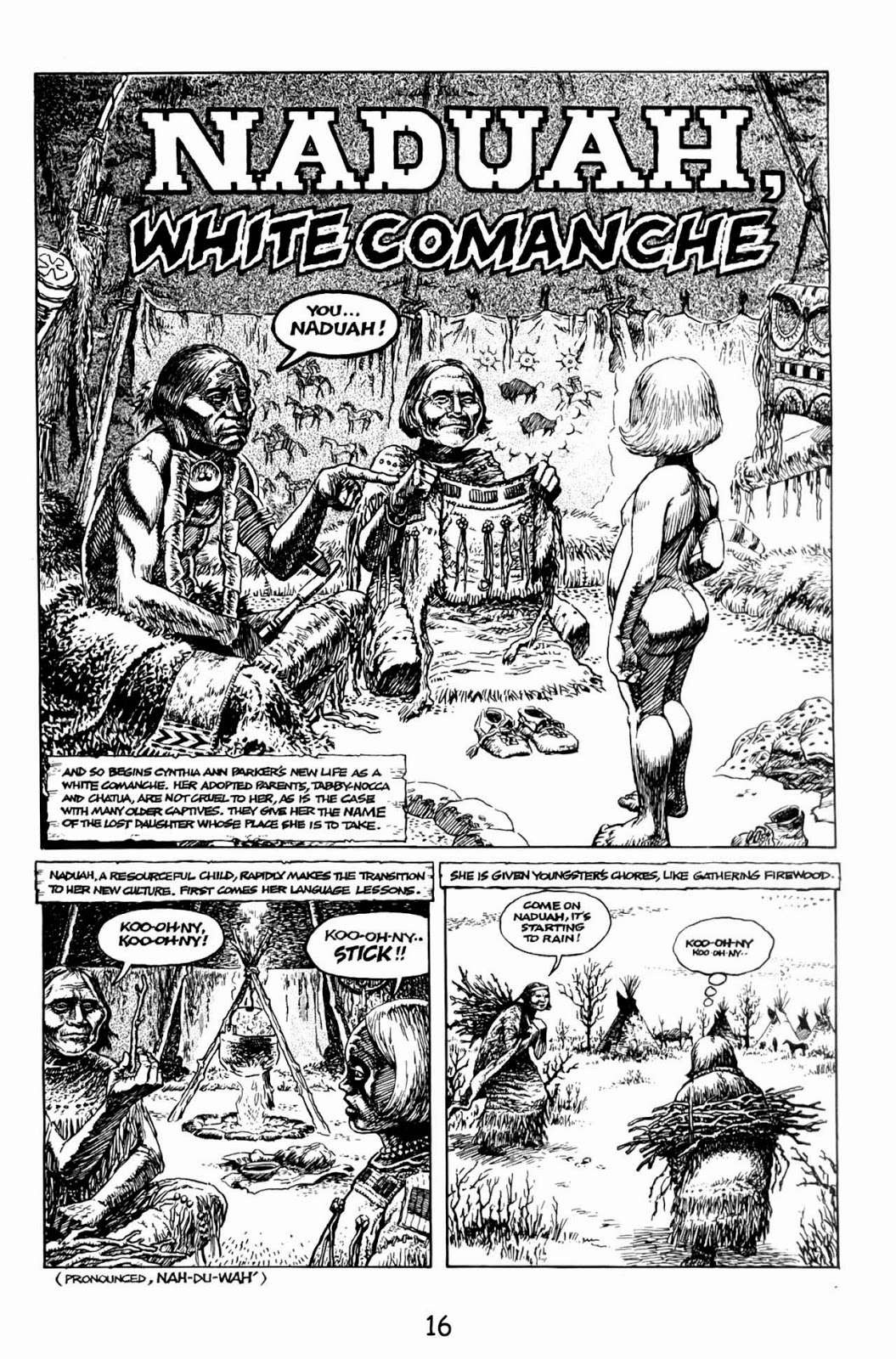 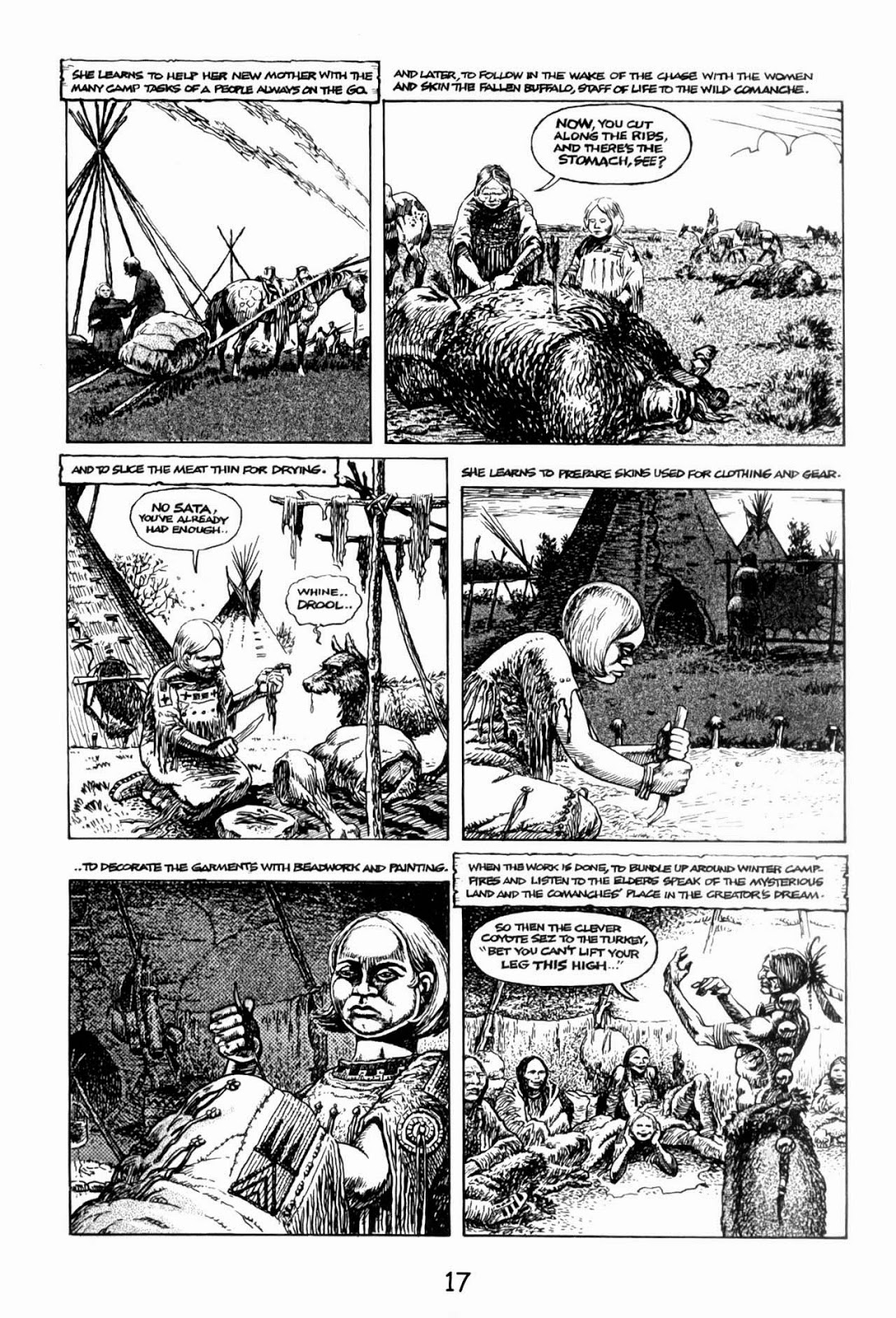 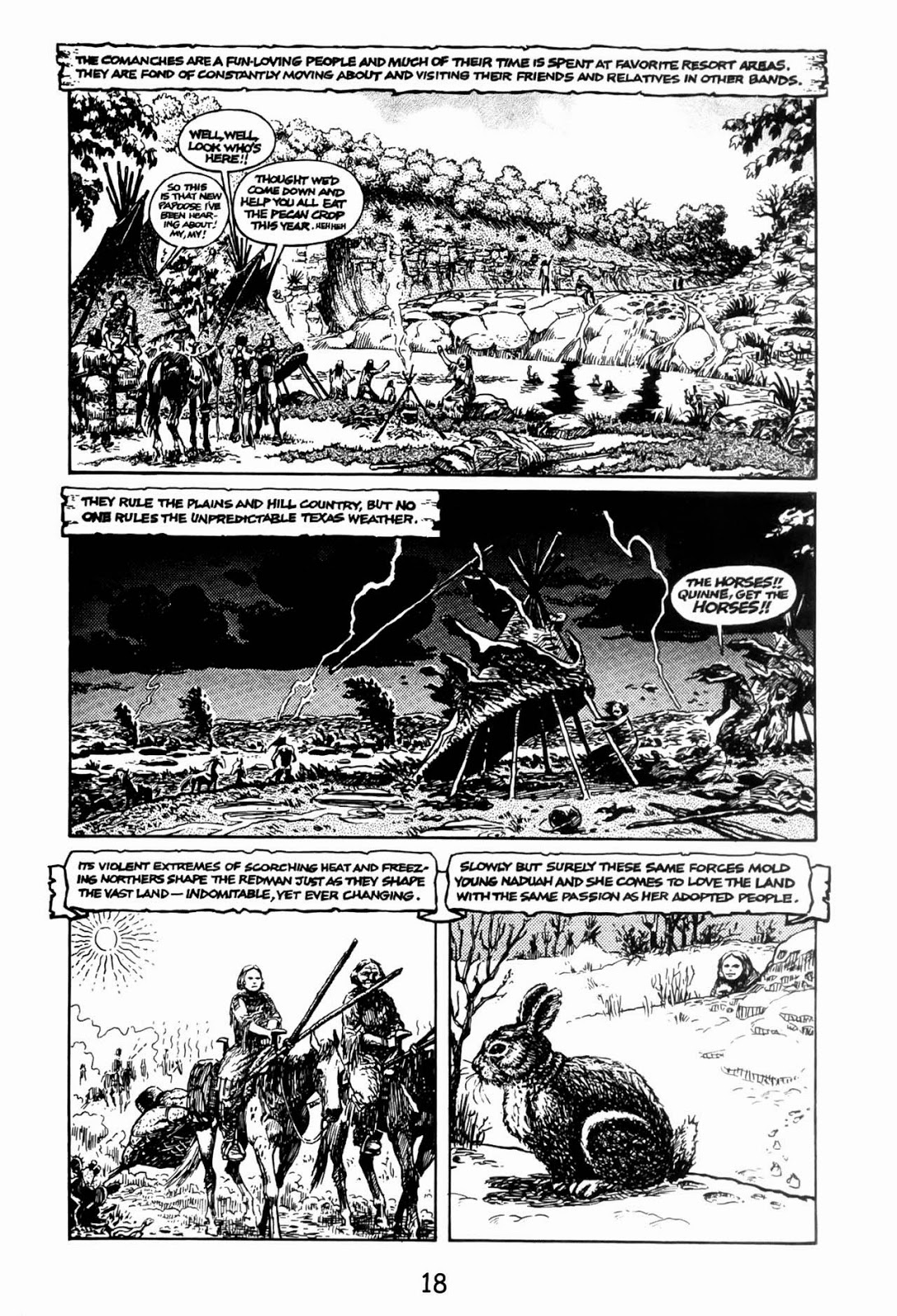 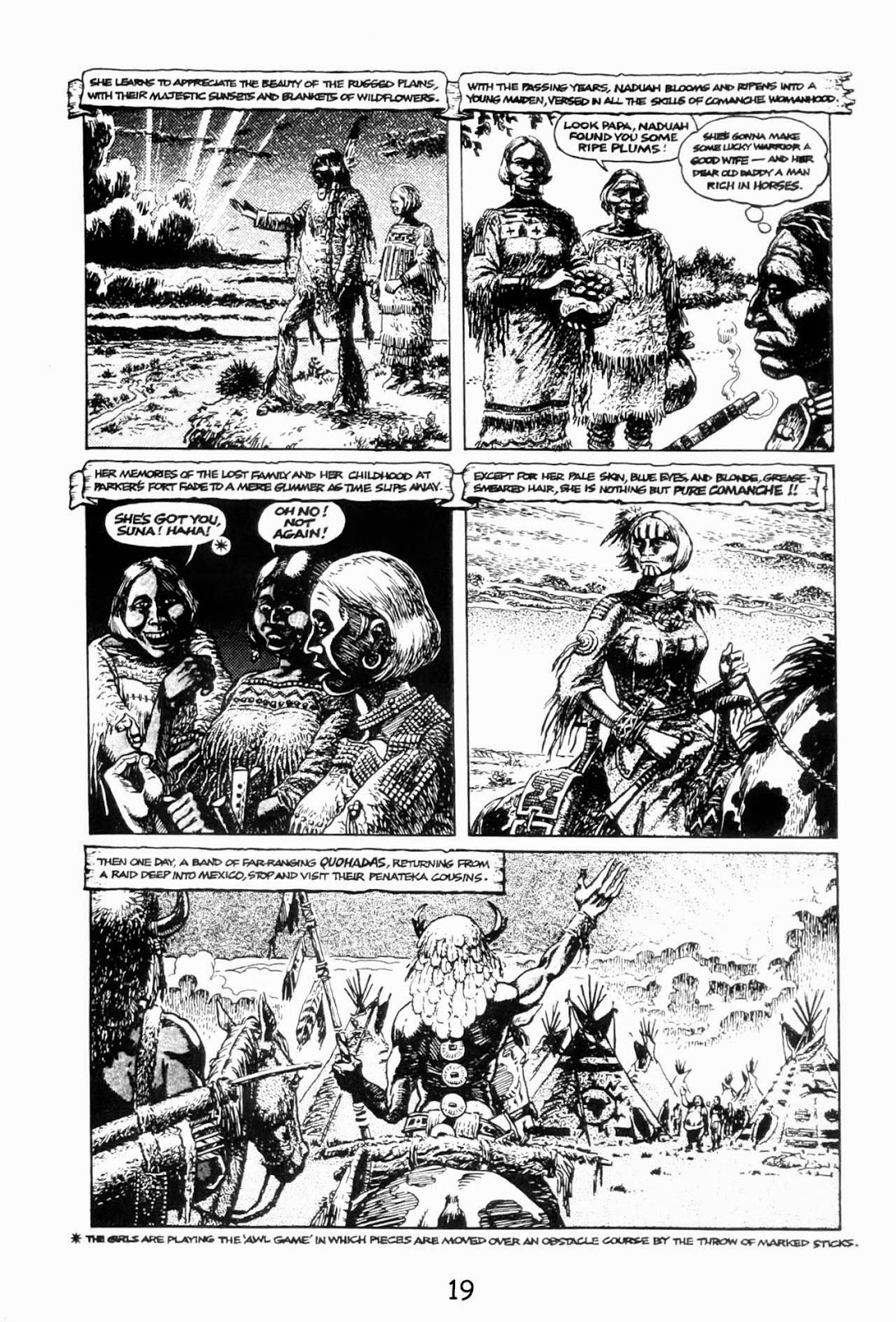 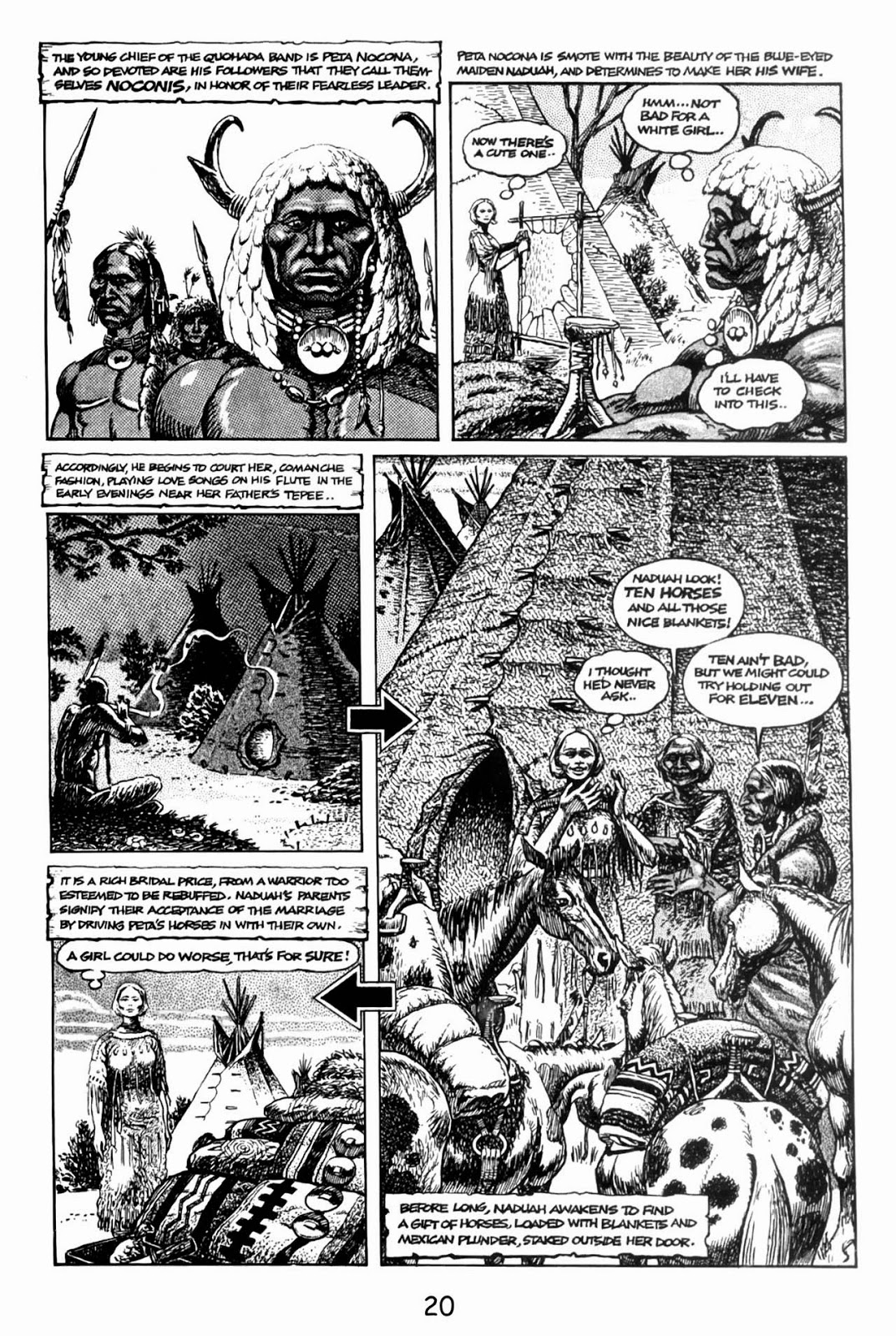 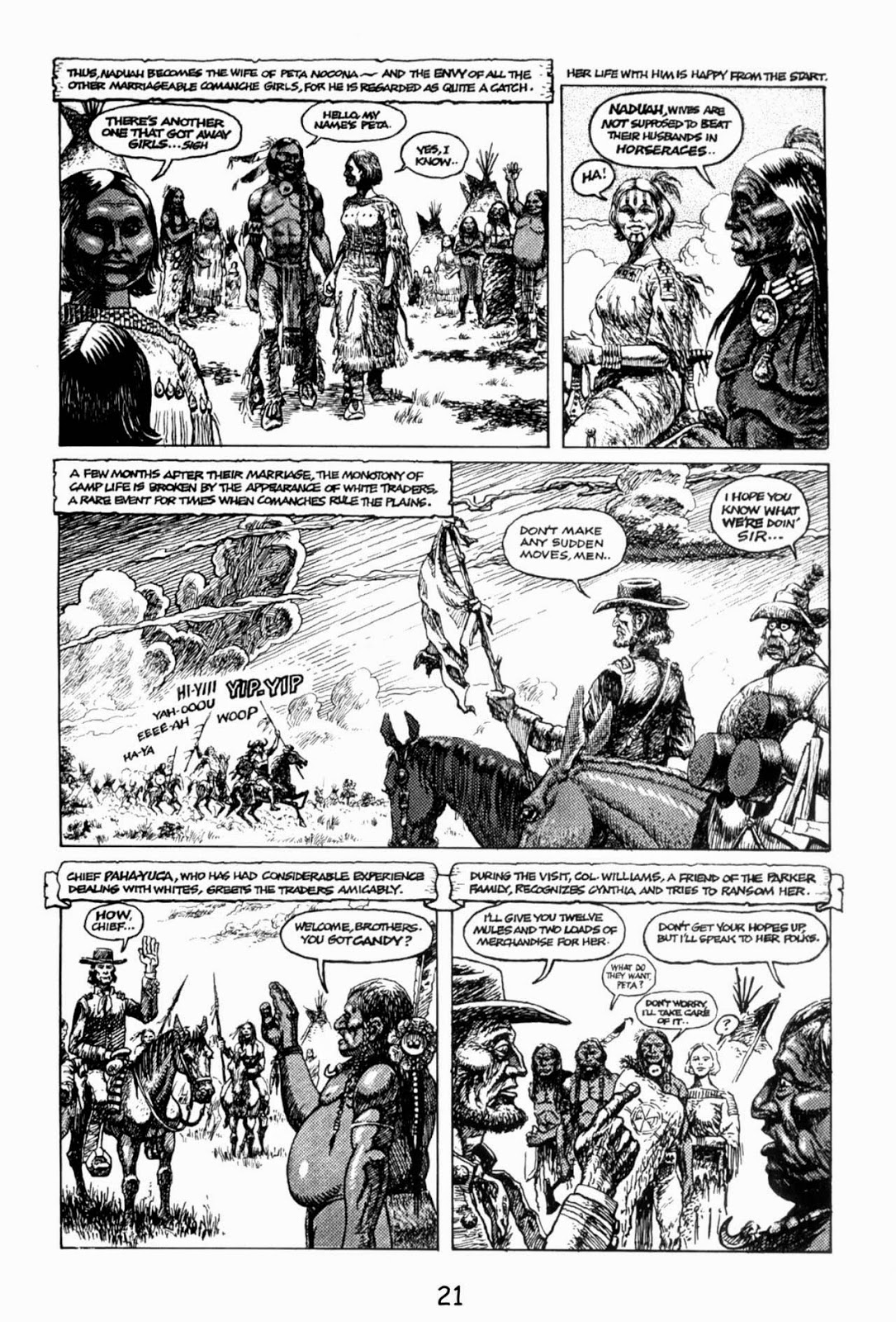 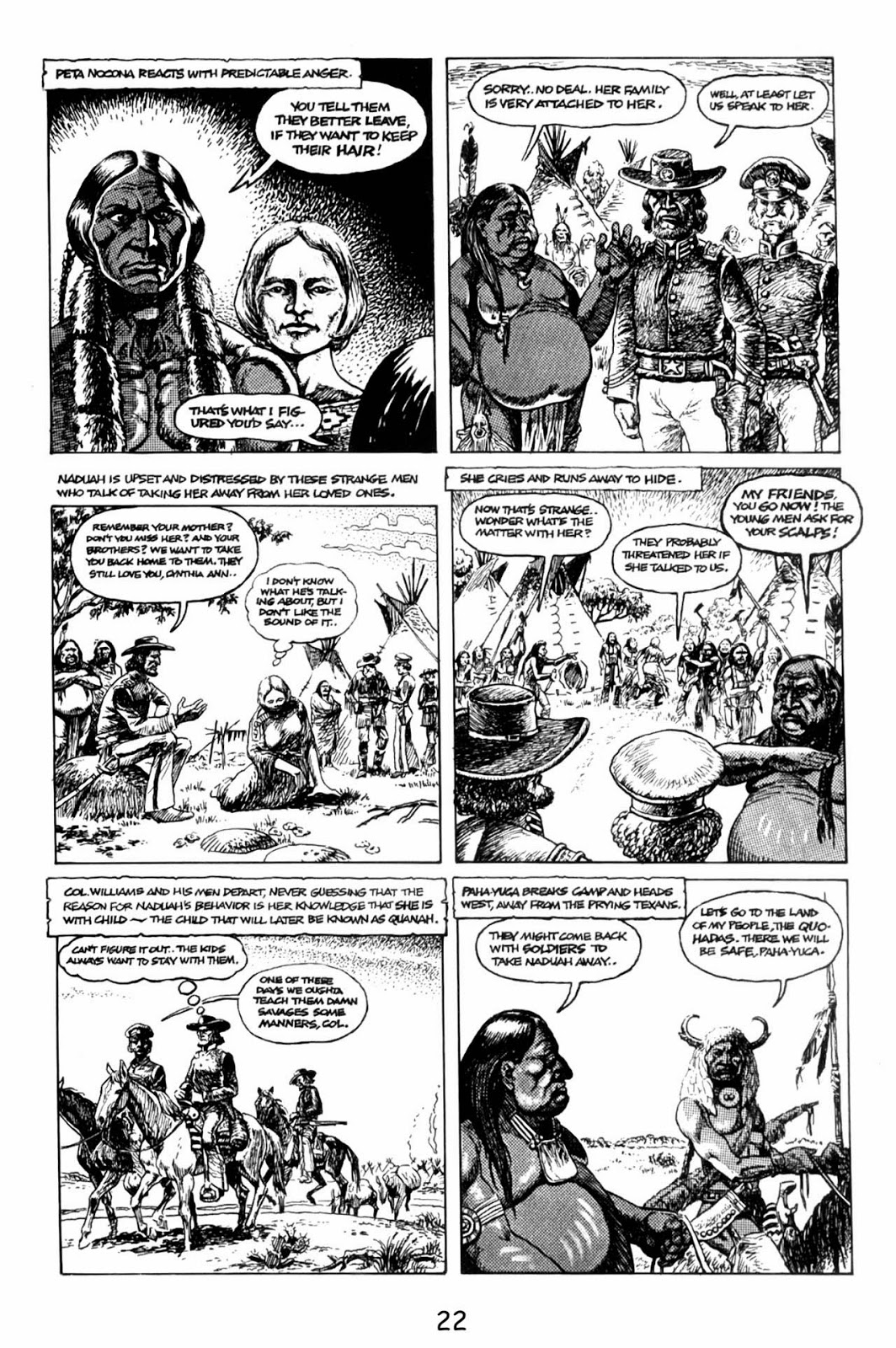