The Thing & Man-Thing... Together! 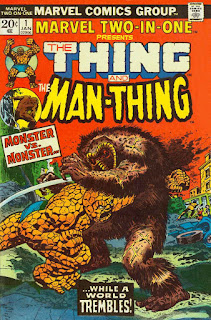 Ok, so Steve Gerber's gotta figure out a way to get Benjy & Manny together for the inaugural issue of Two-In-One. Hey, what if ol' Ever Lovin' Blue Eyed gets annoyed that another monster's stolen his moniker? Huh? And double huh? Couldn't he just be in the Everglades collecting rare plants for Reed or something?
Well, I guess even Gerber had the occasional off day.
Once past this fairly shaky start though, this is more fun than should be strictly legal, as Steve brings in the more complicated than he first appears Son Of The Molecule Man, dispenses with the obligatory team-up fight scene in less than a page, puts in a needlessly creepy scene with a ( sort of ) Reed, and is much more interested in the two man-monsters reverting to their human selves.
And doesn't Ted Sallis take the news that he's been a galumphing man-beast for the last couple of years well? Me, I'd be screaming like a maniac.
Still, how typically Gerber that our heroes win completely by accident. And the art's by Gil Kane and Joe Sinnott, which is pretty much as good as it gets. 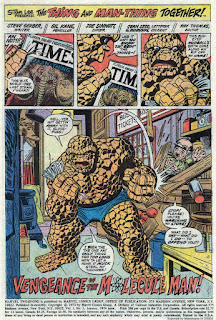 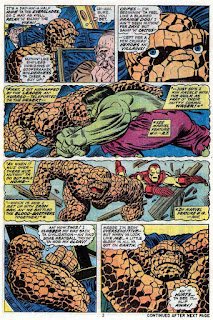 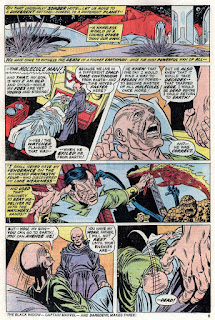 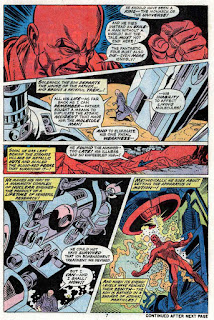 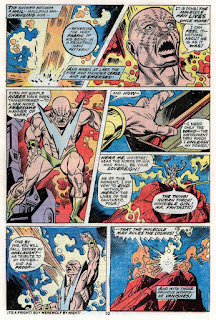 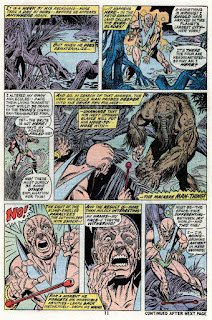 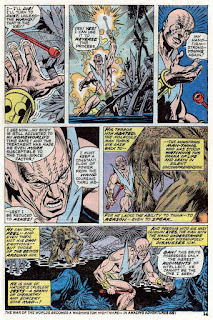 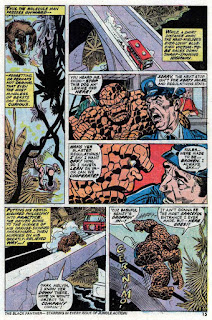 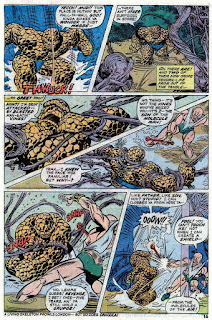 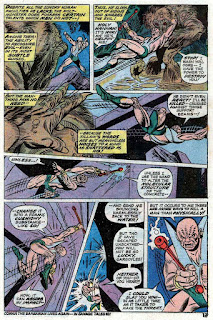 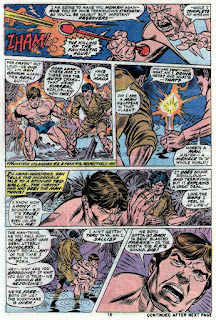 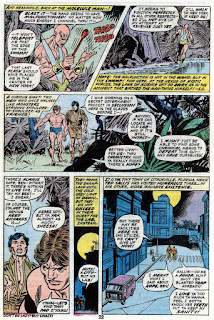 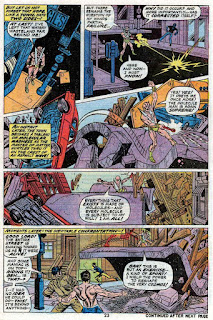 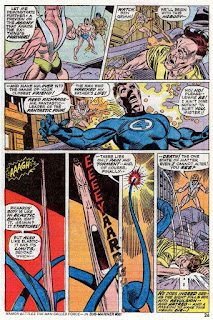 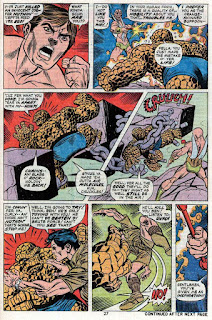 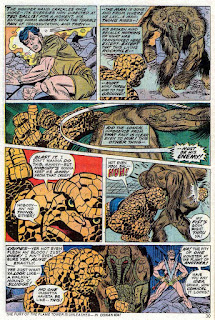 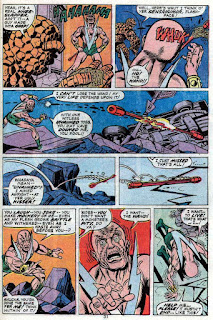 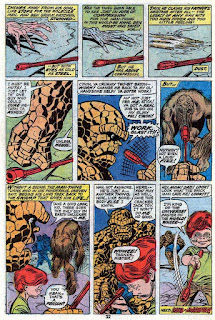