The Son Of Satan 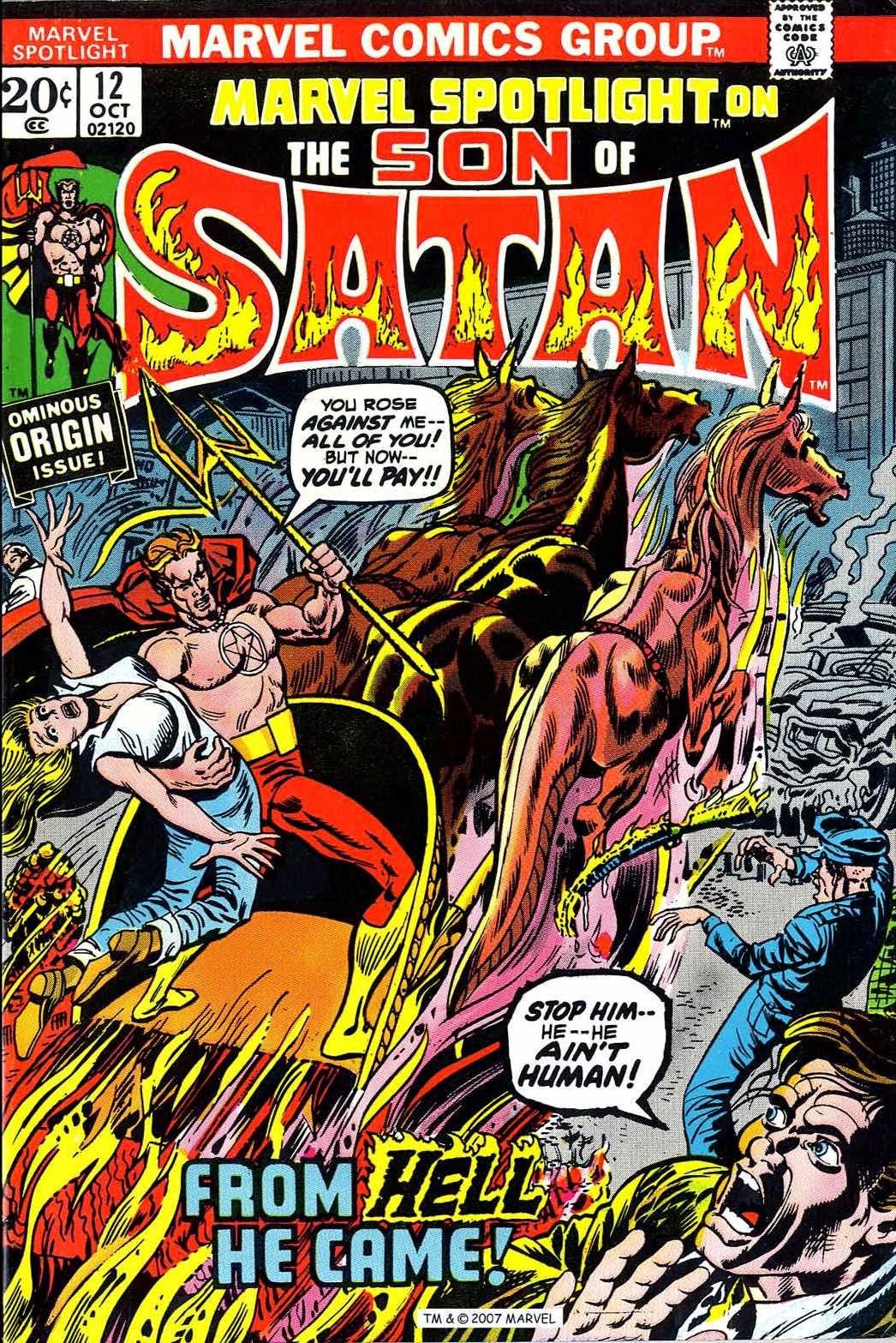 The Son Of Satan was always a bit of a mixed bag, as heroes go. Firstly, as well as being introduced in the pages of Ghost Rider, he wasn't actually that different, his whole raison detre being basically the same as Johnny Blaze's. Plus, let's be honest, it's not the best look in comicdom. I mean, a hero who takes his shirt off to go into battle? Only if you're The Hulk. And then there were scenes like this: 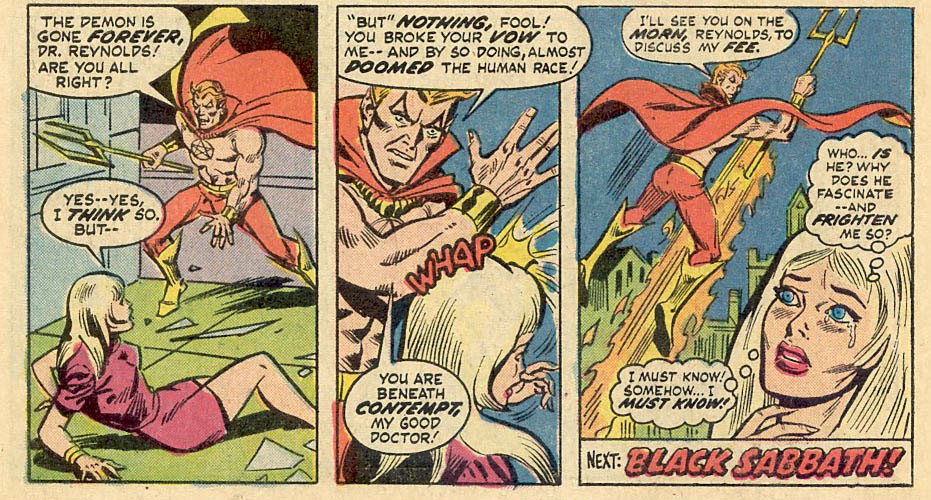 Yeah, I get the point, he has a demonic side that causes him to lash out and all, but that's quite uncomfortable reading, especially as Dr. Reynolds clearly likes being slapped around.
Still, it looks like he gets to hang out with Ozzy Osbourne next issue, so it's not all bad.
But, I still liked Daimon Hellstrom. I liked him when he joined The Defenders, and when he wasn't getting involved in inappropriate psycho-sexual relationships with his female leads, I liked him in his own series.
I also found it hilarious that, when they did an Essential Son Of Satan & Satana, The Devil's Daughter, they didn't have the balls to call it that, but went for Essential Marvel Horror. How times've changed, eh?
And there are some real gems buried here, like this one by Steve Gerber & Jim Mooney.
This is the first Son Of Satan I properly read, after his debut in Ghost Rider, and is the second part of a story where Daimon, along with Dr. Reynolds and a divinity student, travel back in time to Atlantis to meet Zhered-Na, the sexy sorceress also then appearing in Steve's Man-Thing. And as if that wasn't enough, he also meets Adam, the first man.
Only in a Steve Gerber story.
And let me just add a word for Jim Mooney. I've seen various no-marks around the net call Jim's art dull and boring. These people don't know they're born. Mooney's art may not've been flashy and cool, but it was the work of a true storyteller, and when teamed with Gerber, it was a match made in heaven. Wow, it makes me angrier than The Son Of Satan. 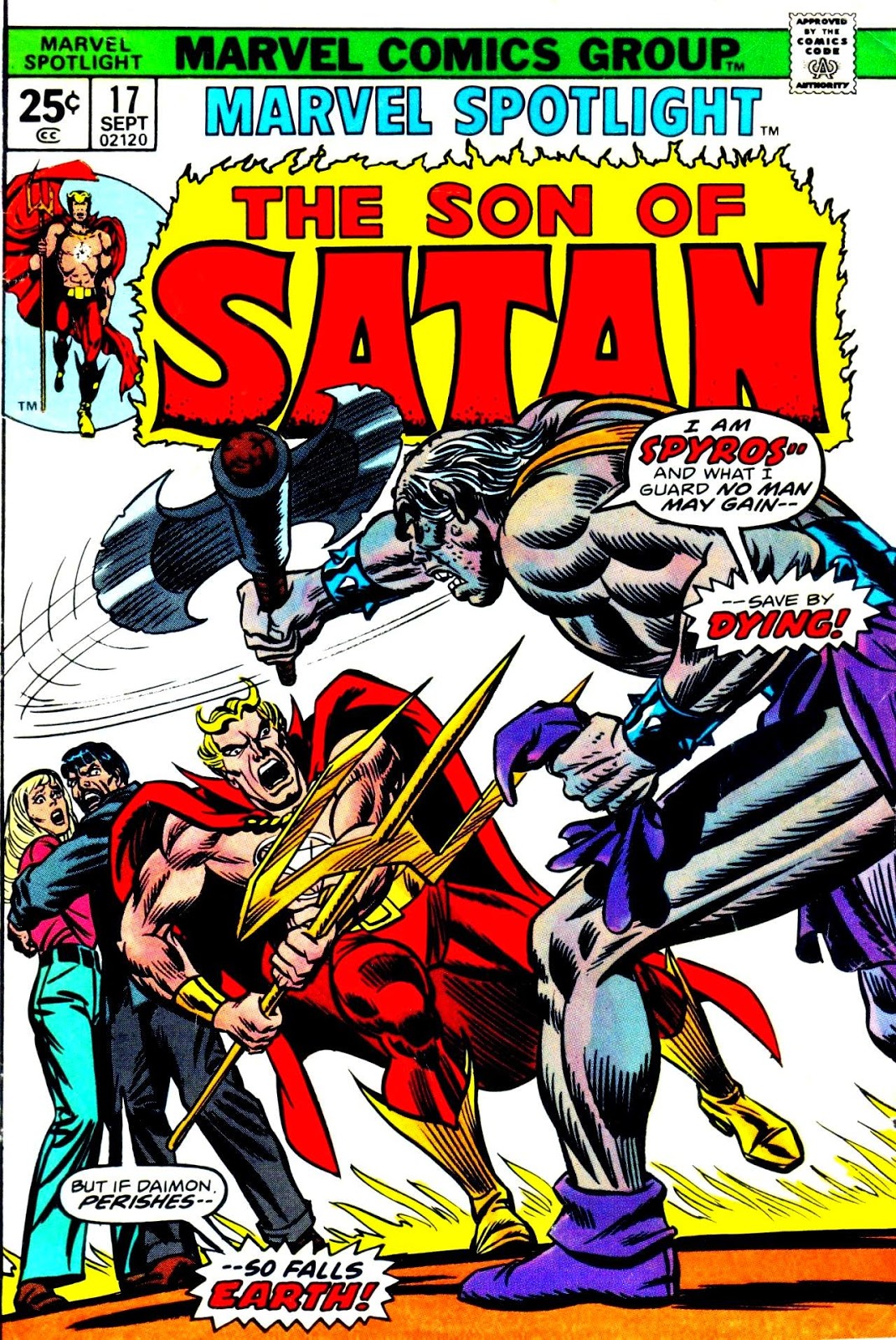 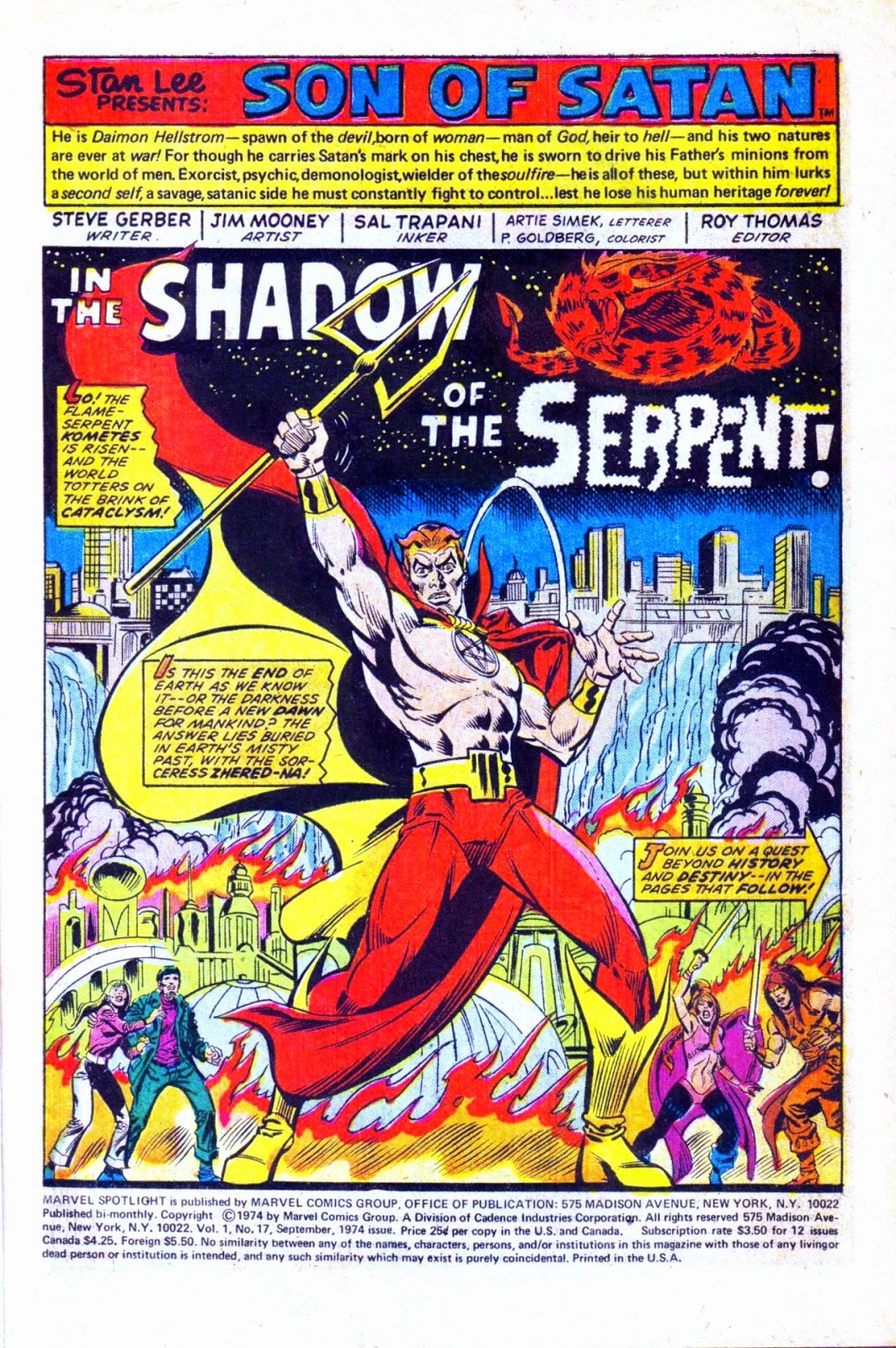 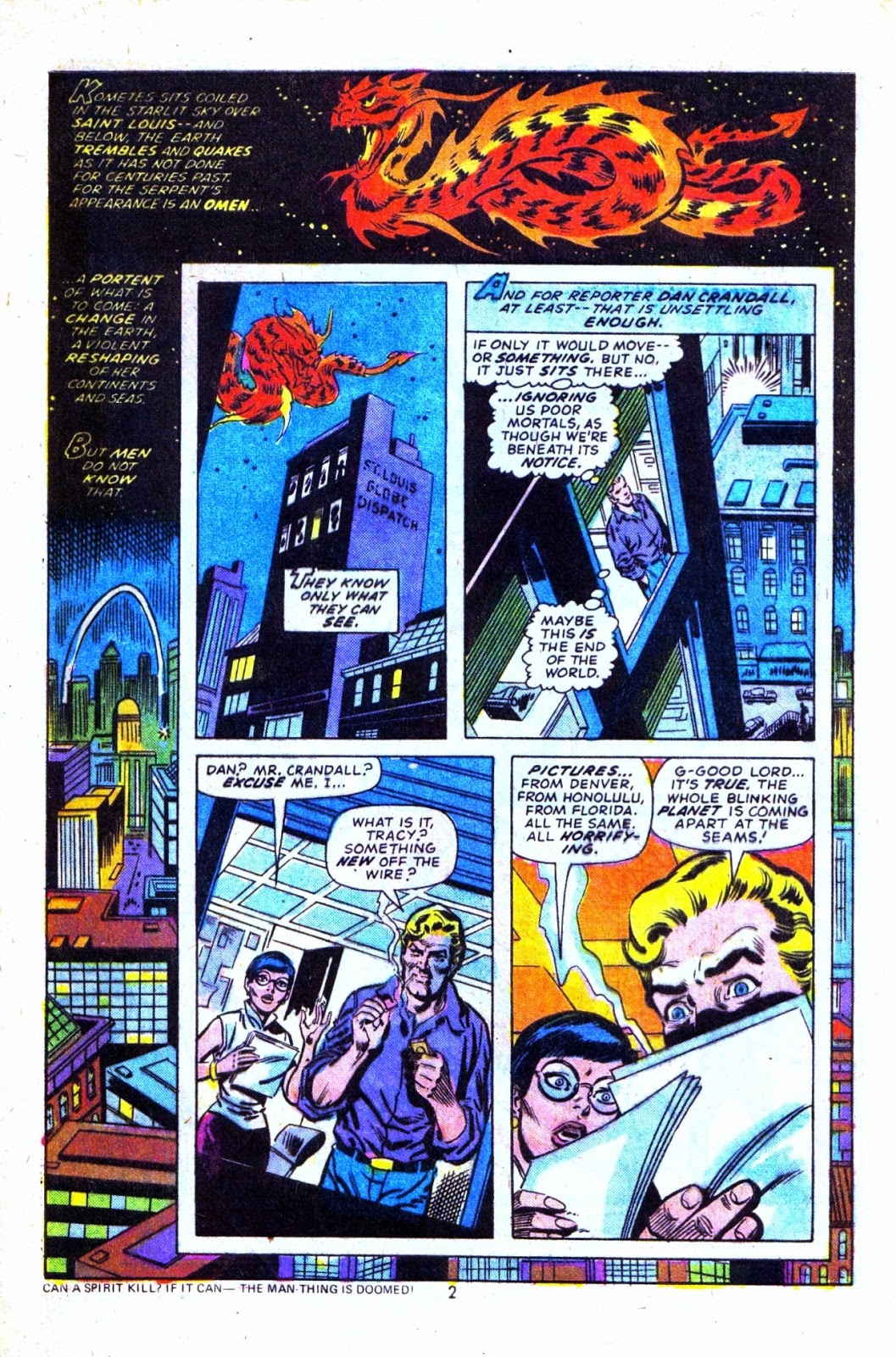 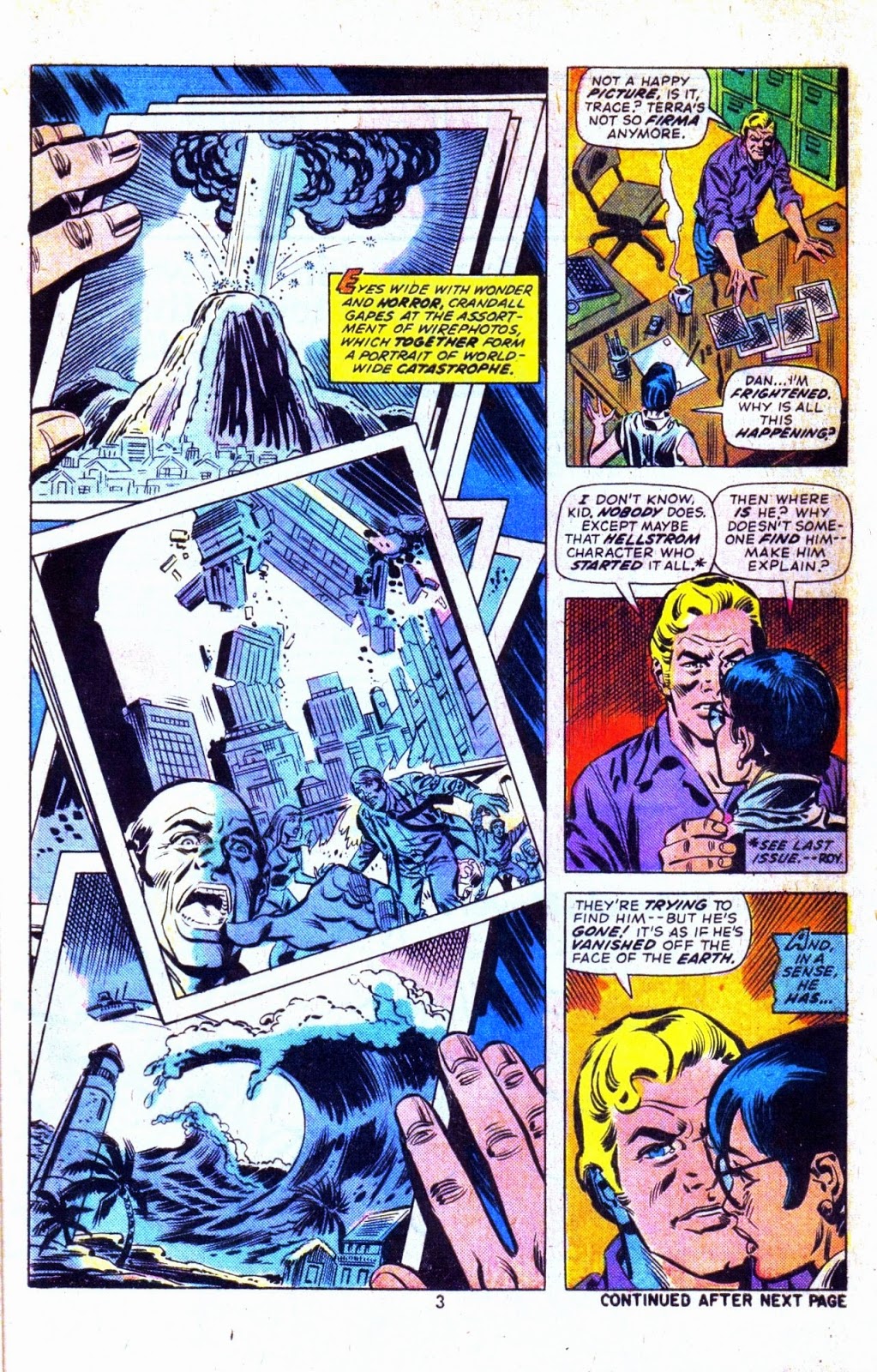 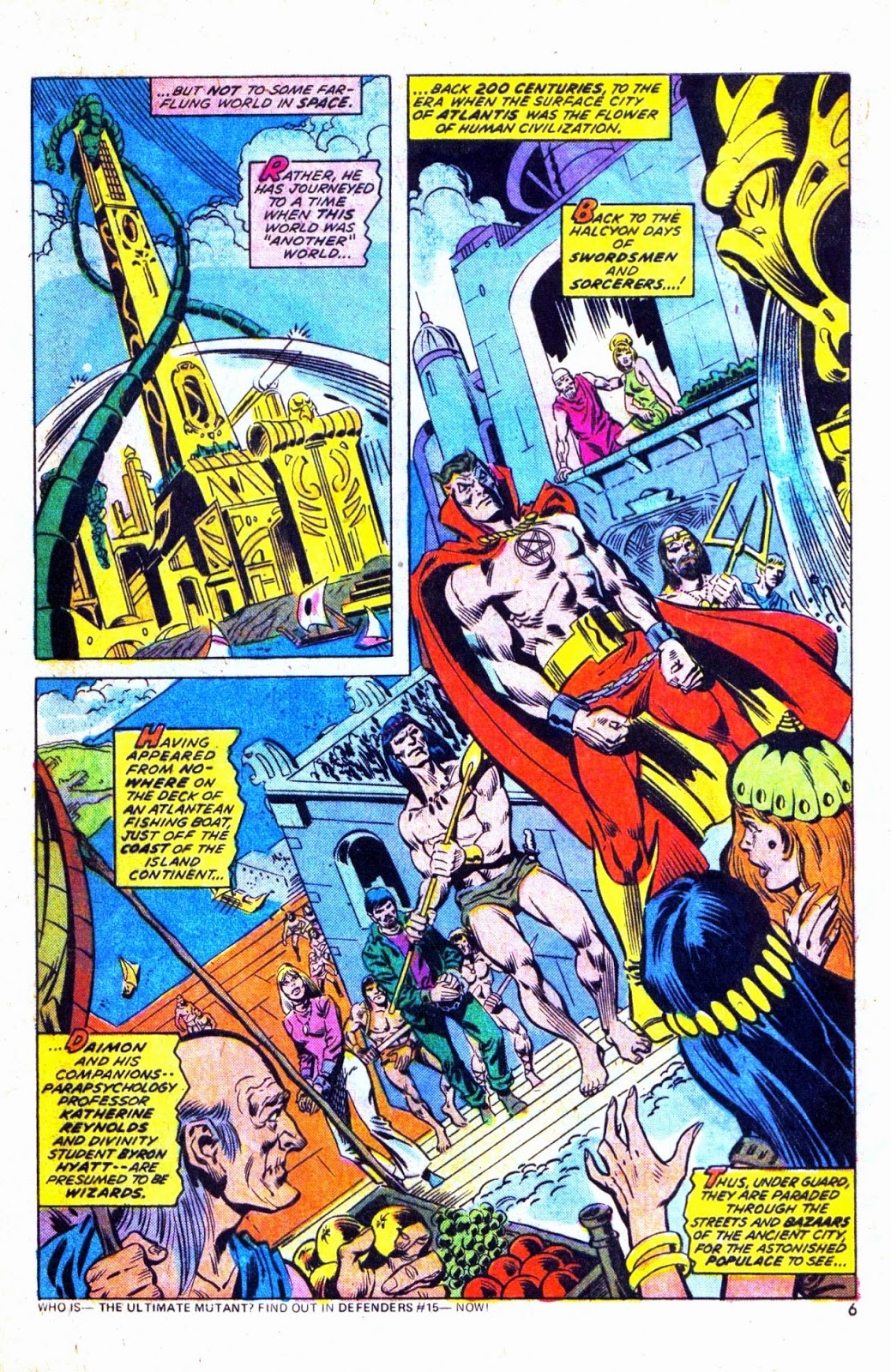 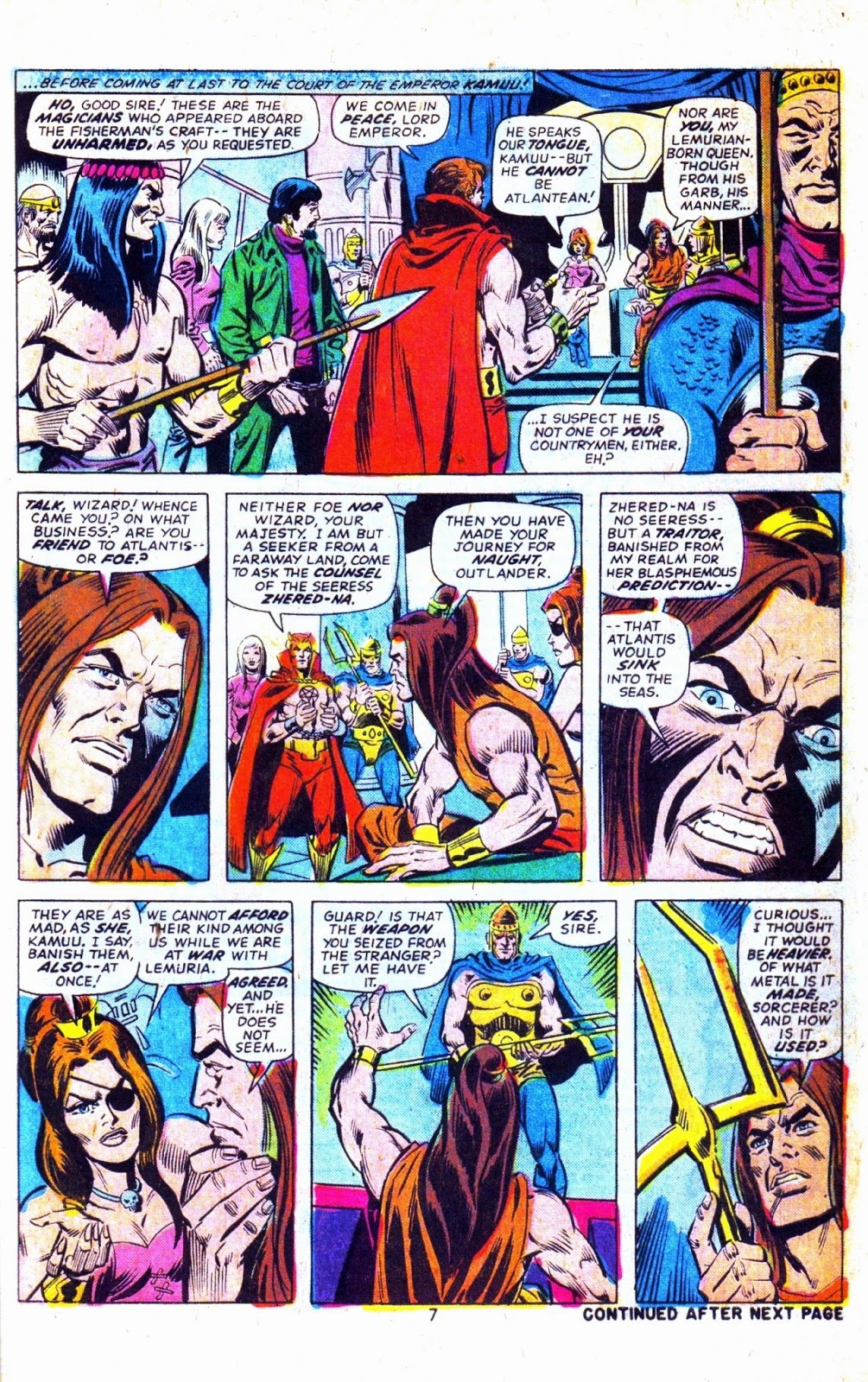 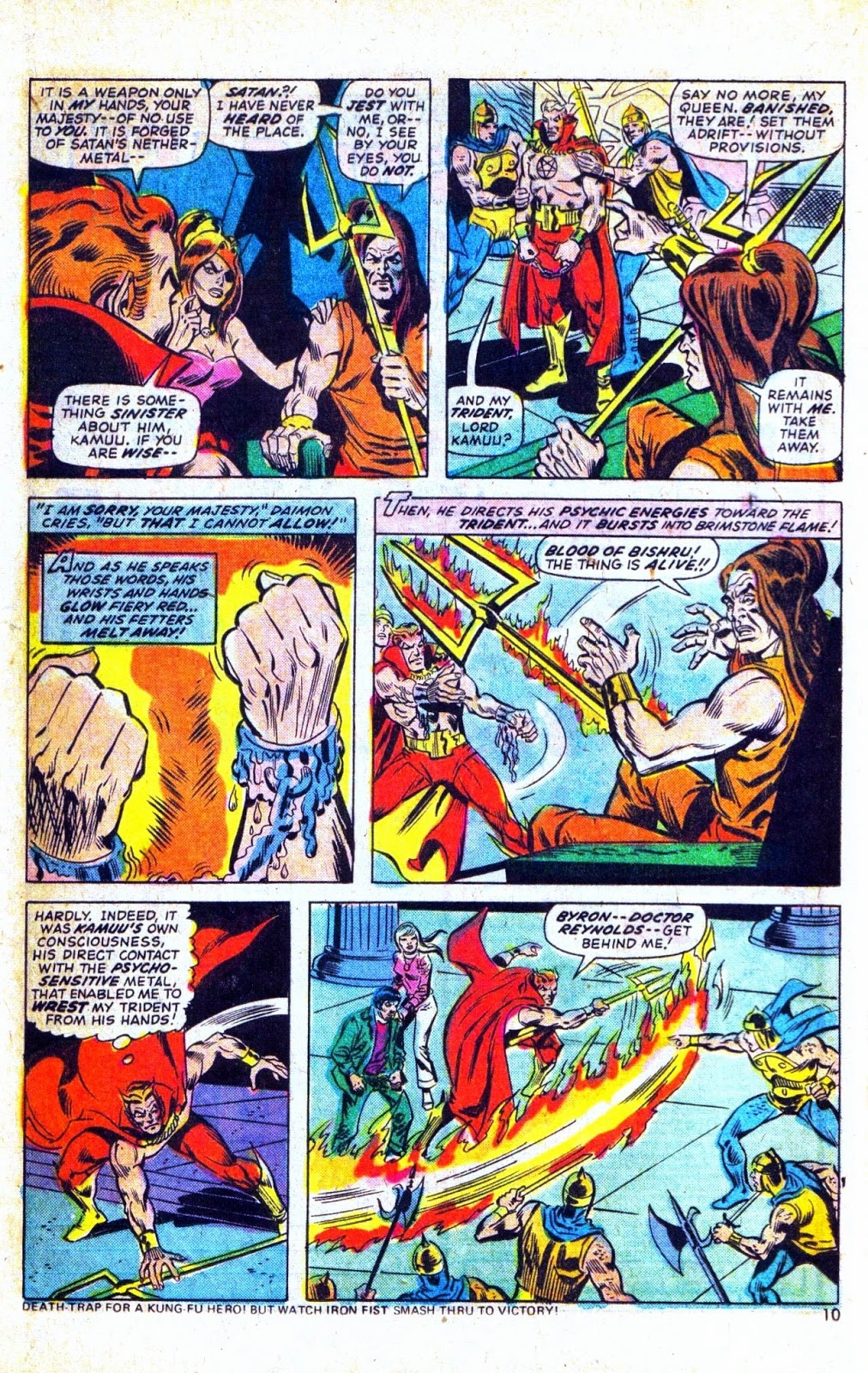 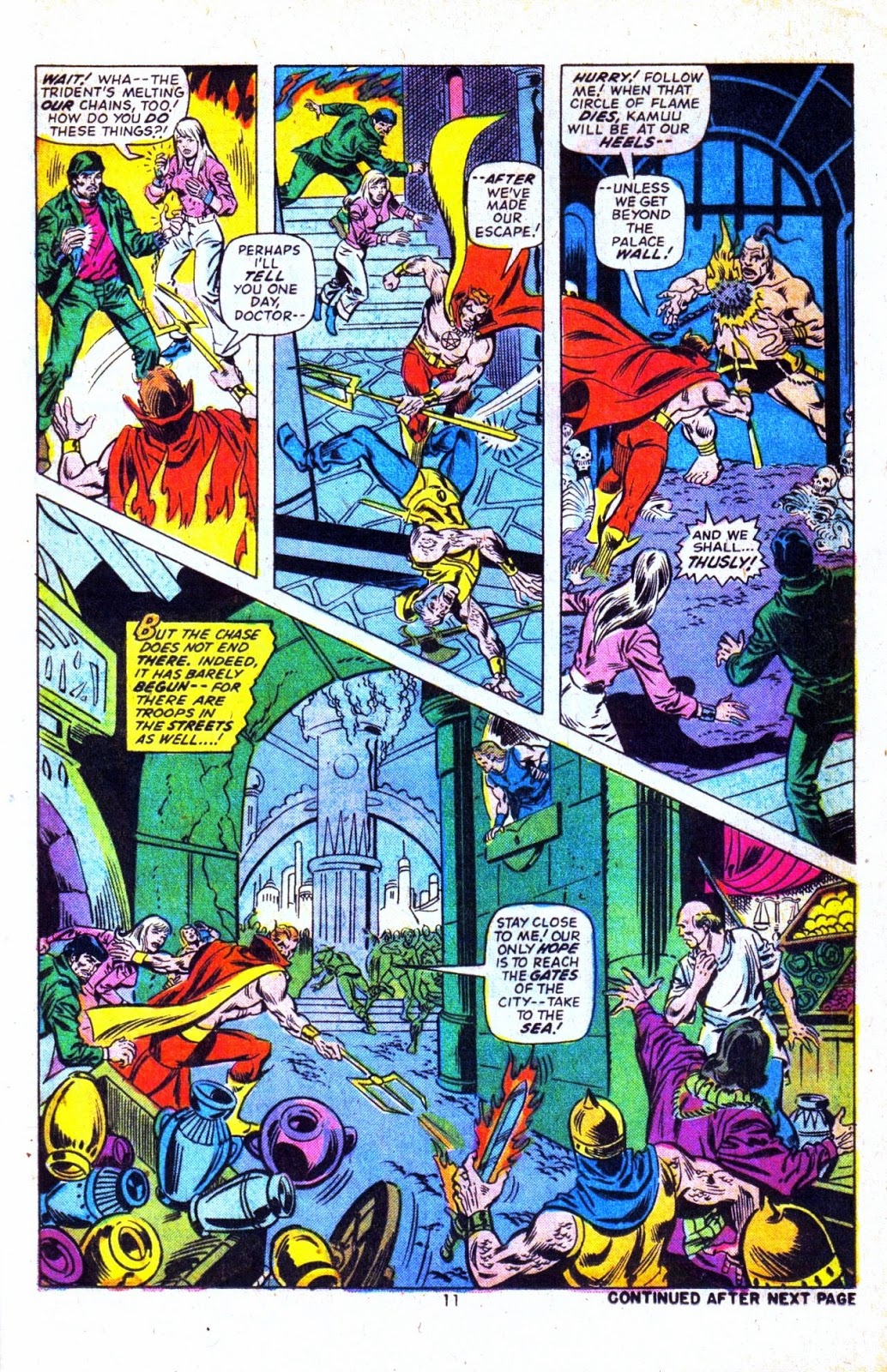 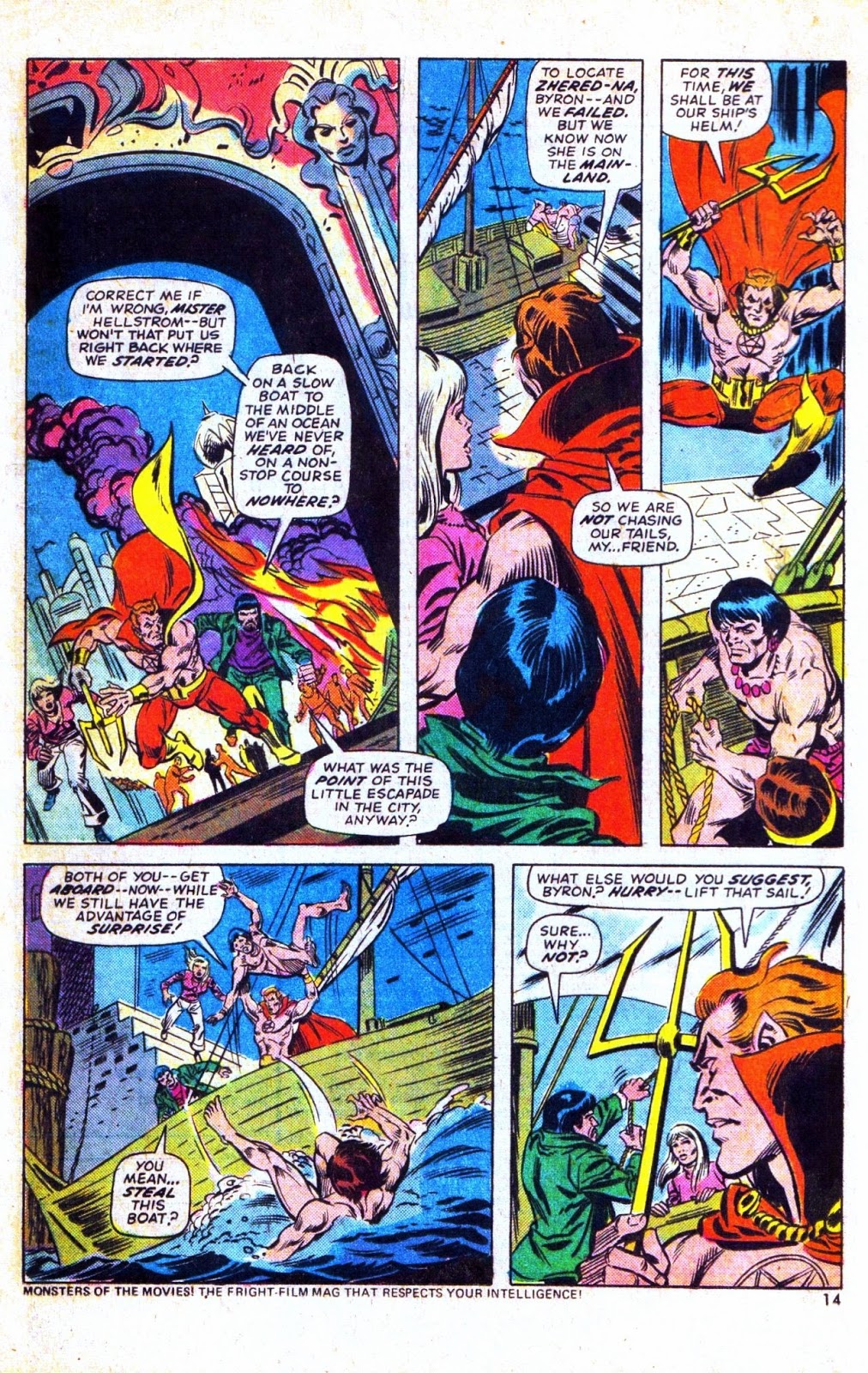 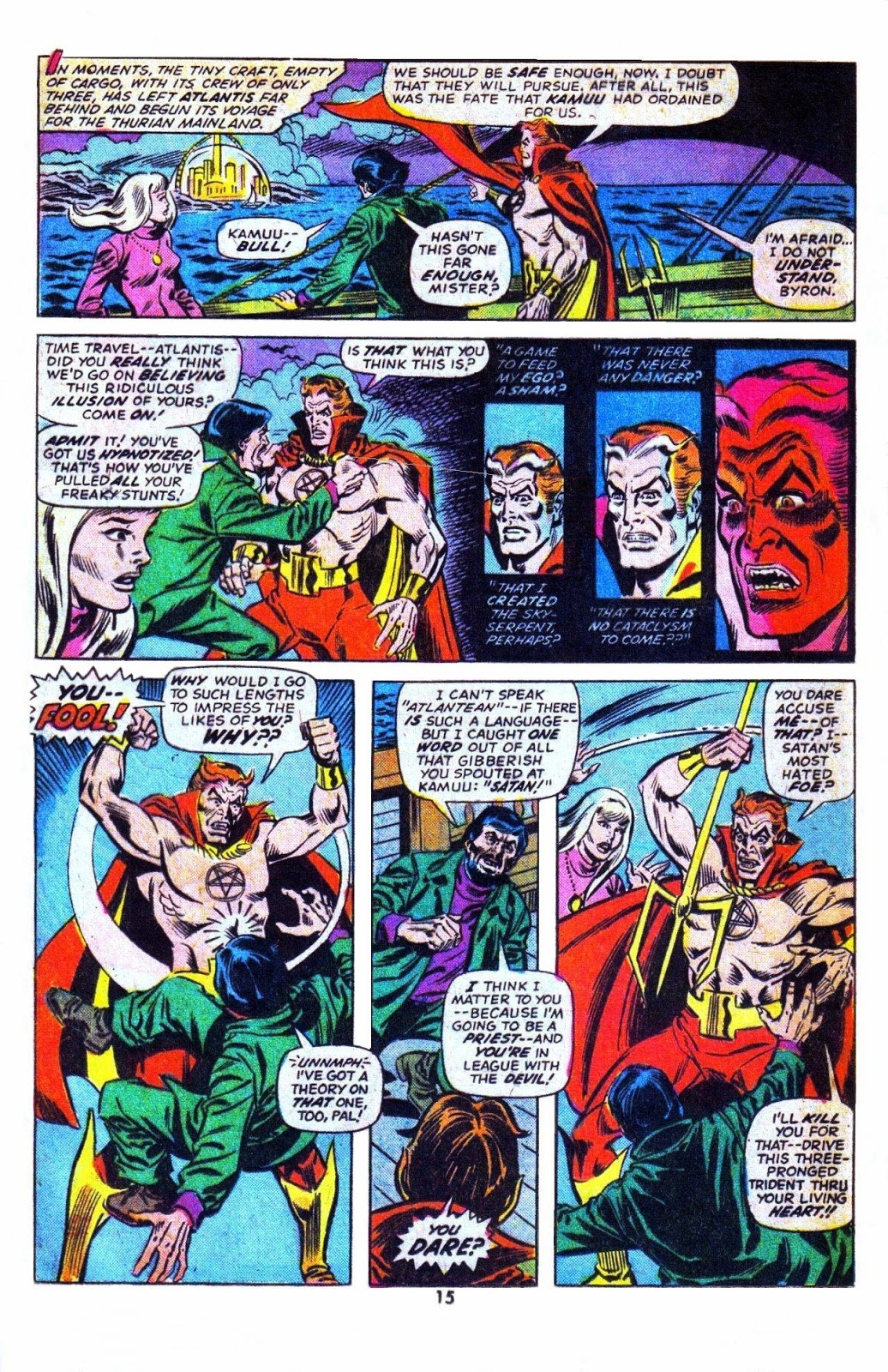 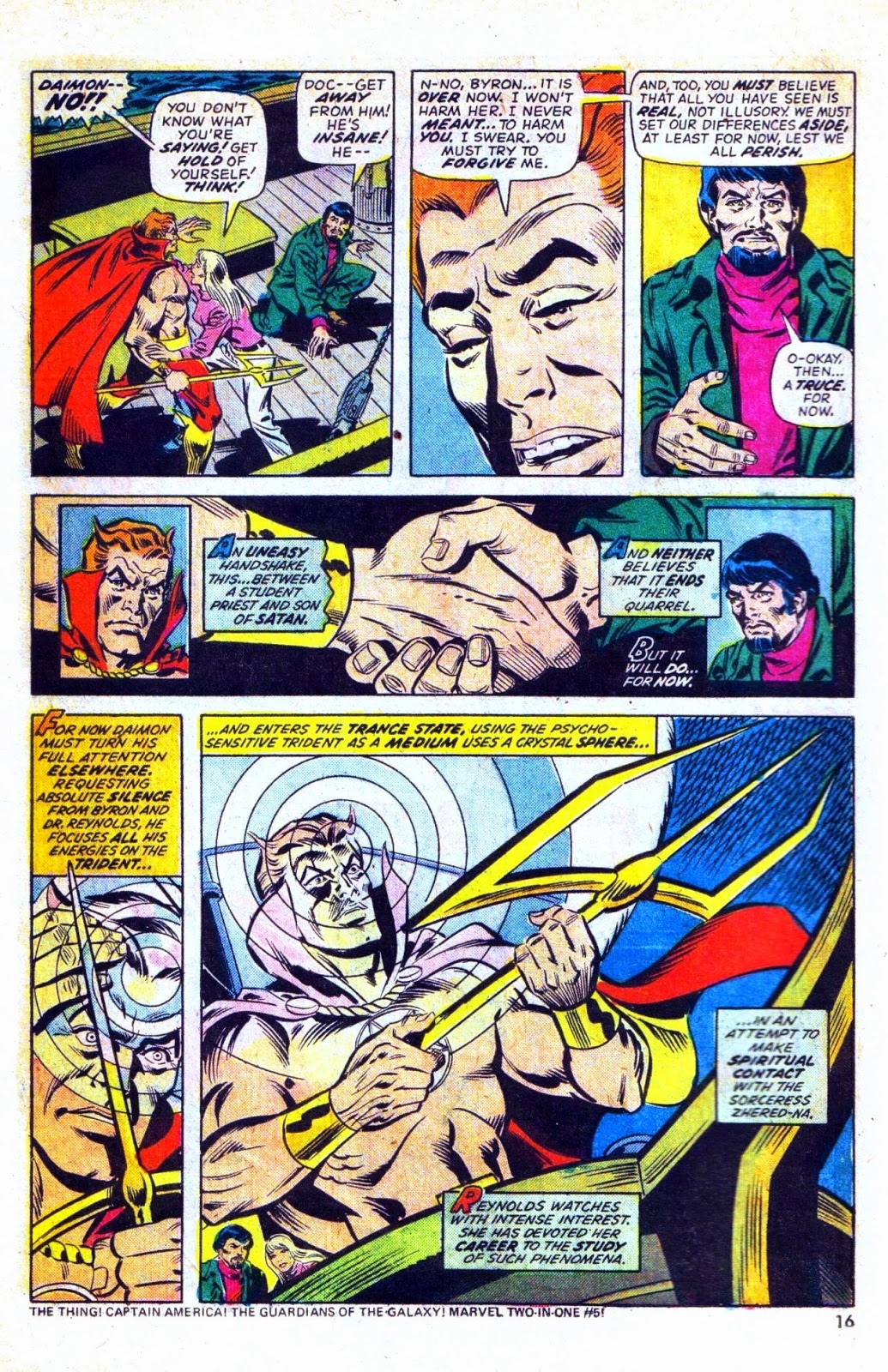 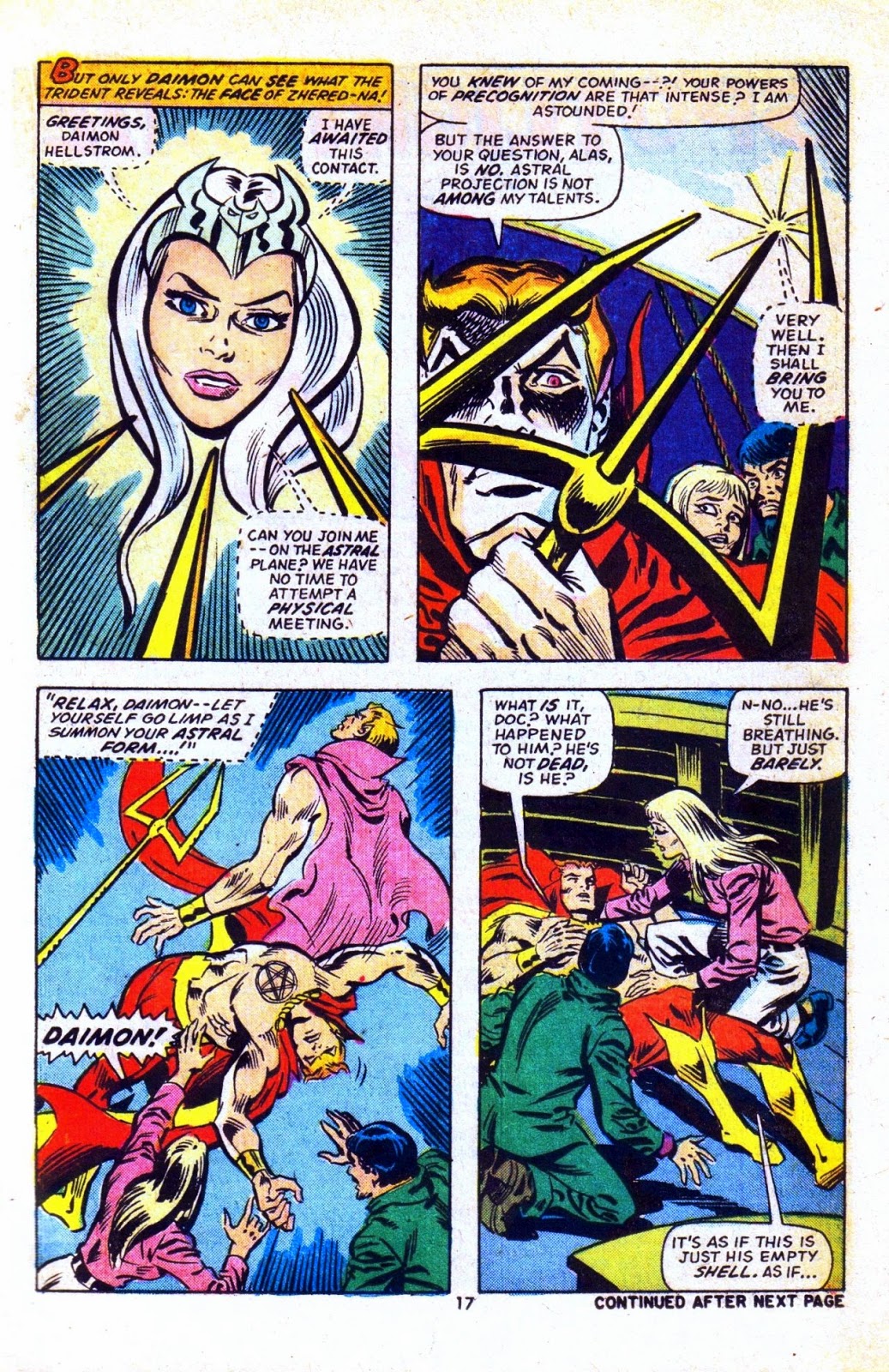 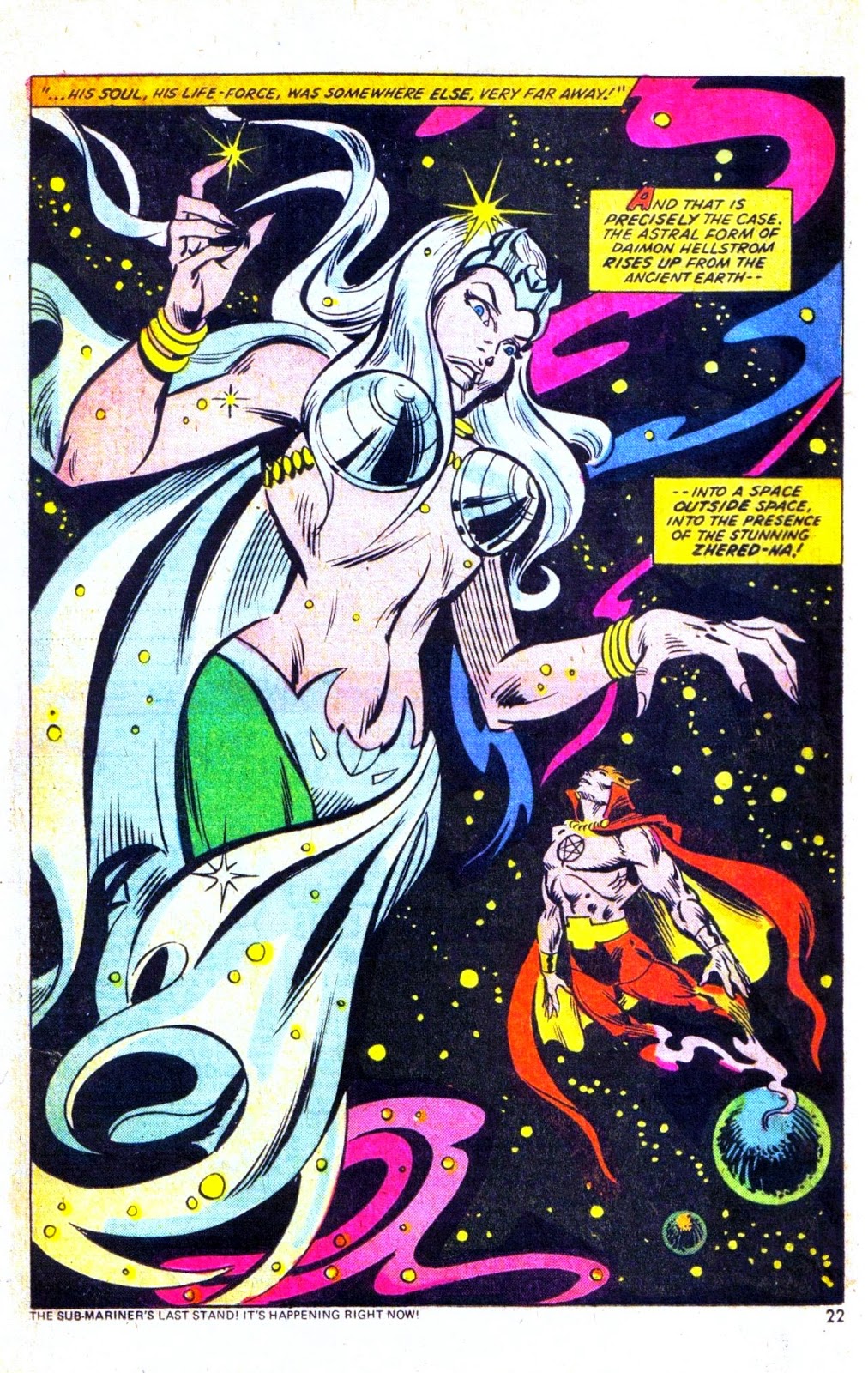 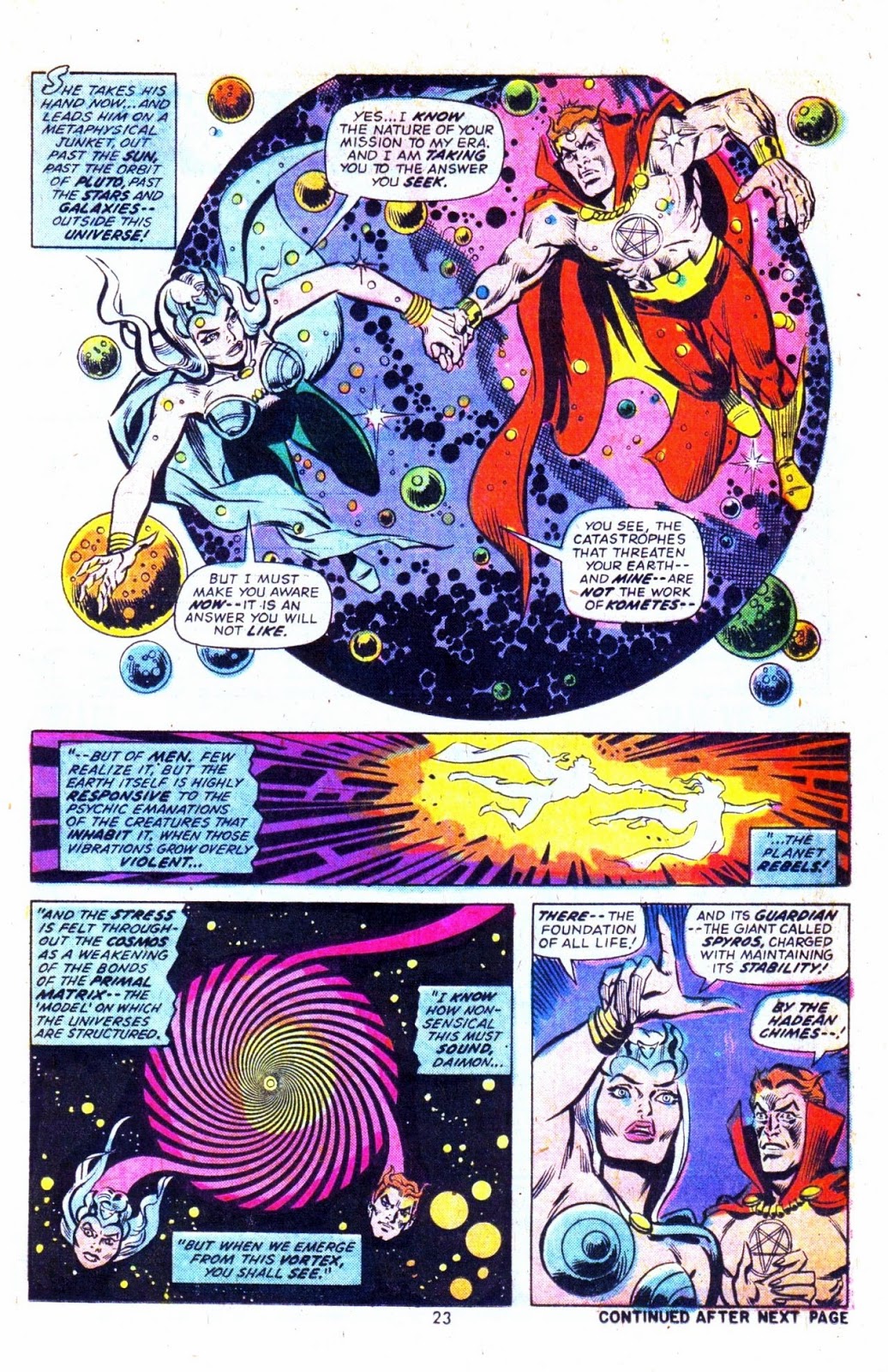 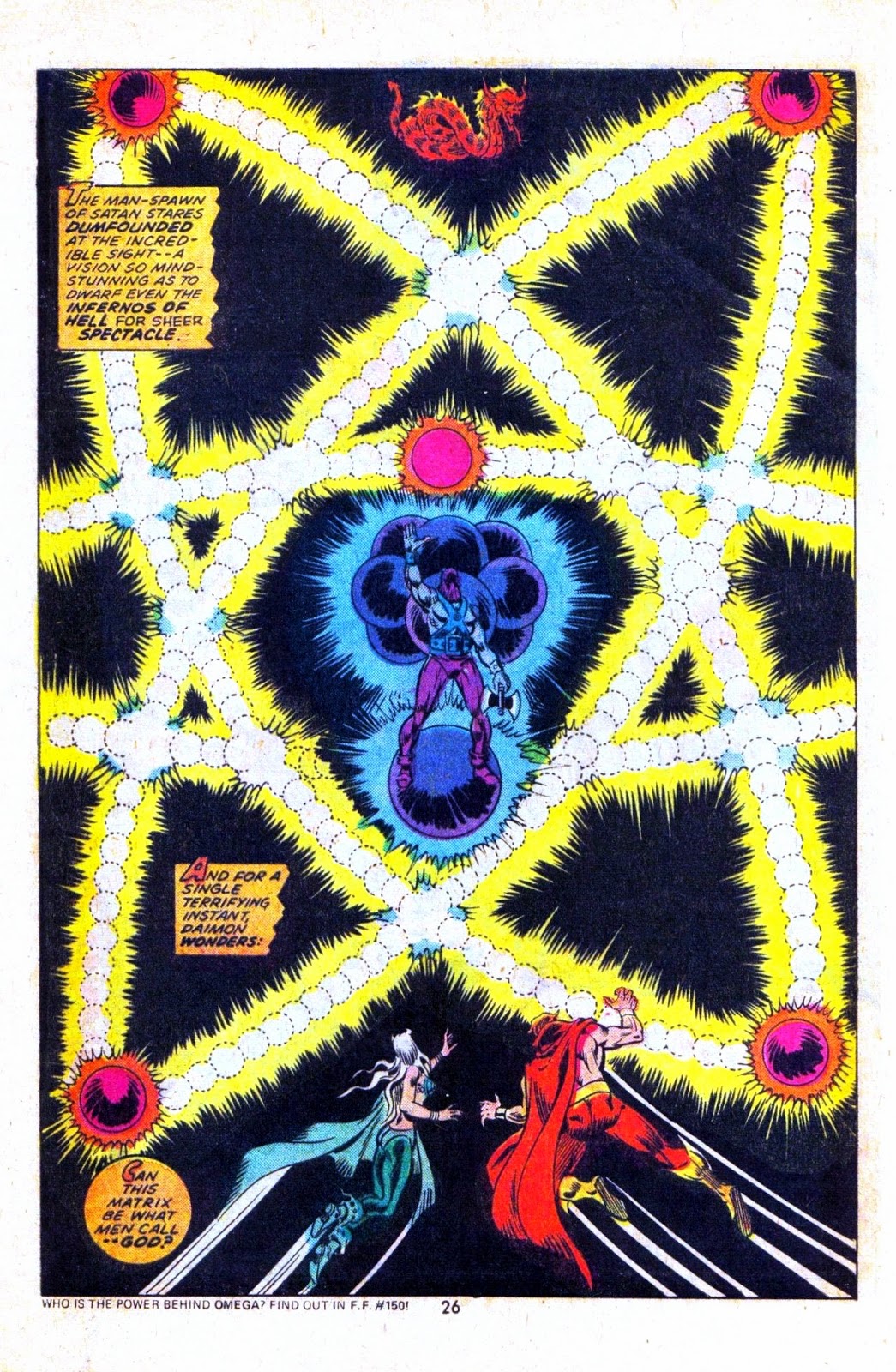 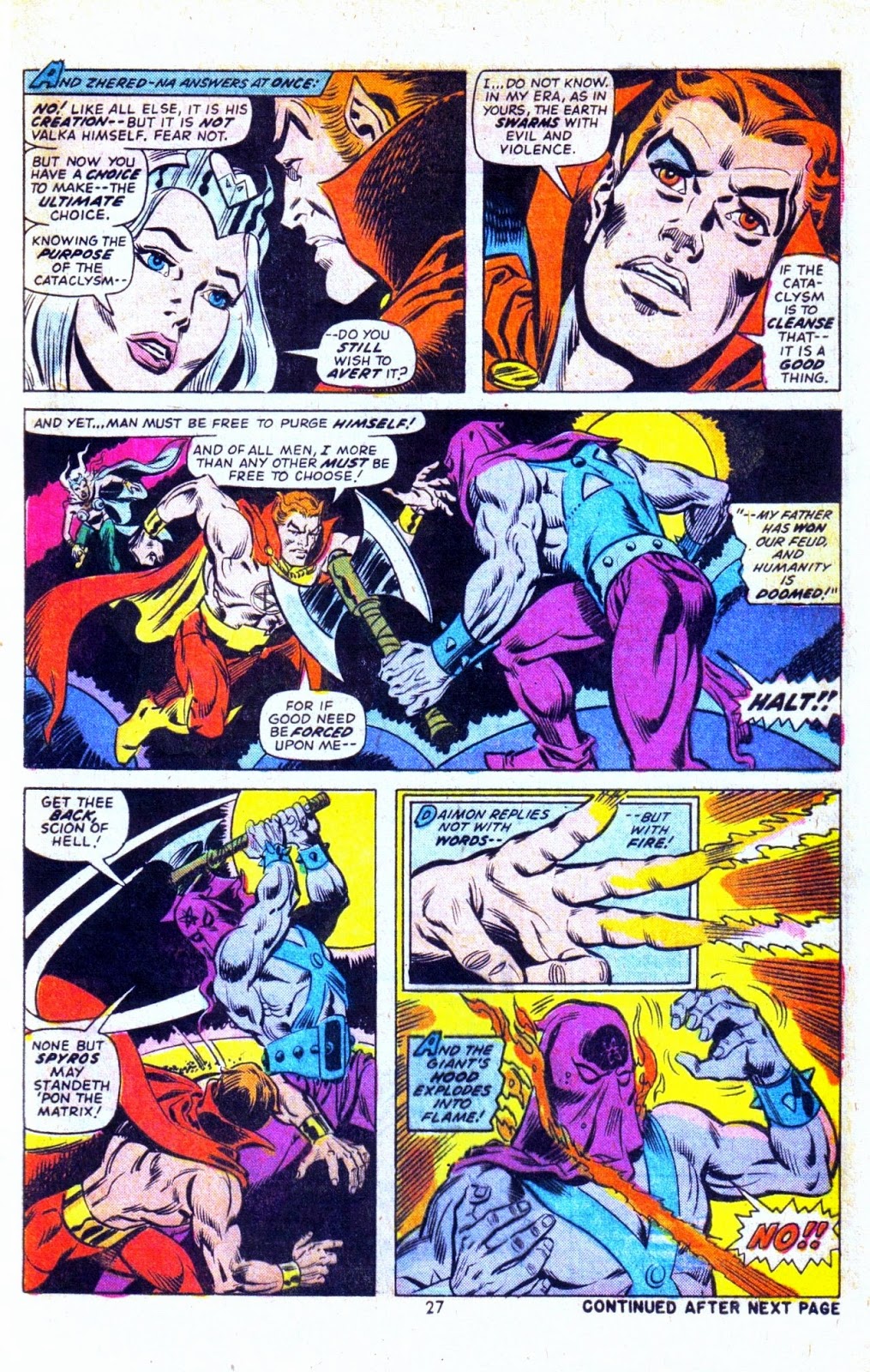 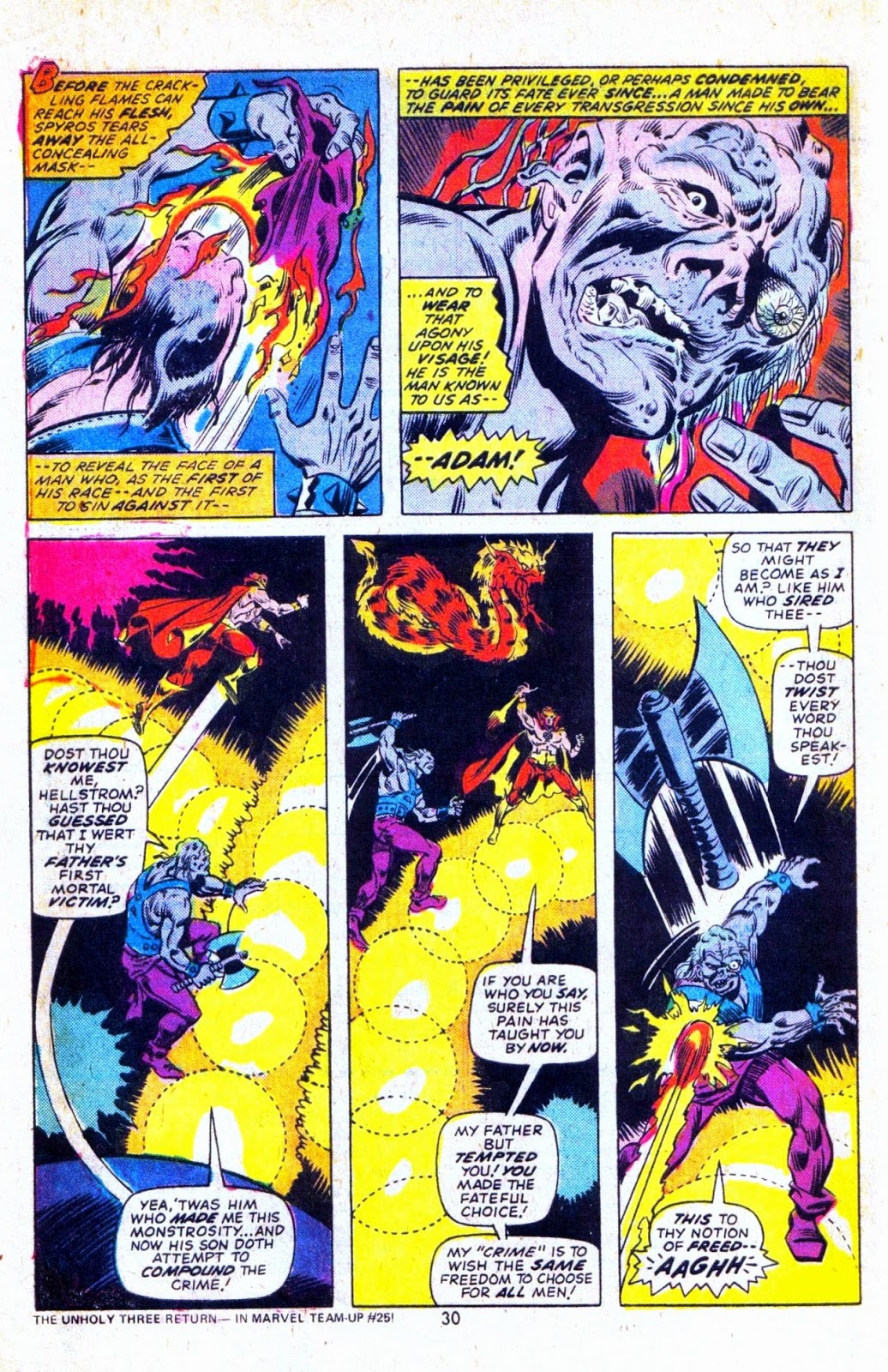 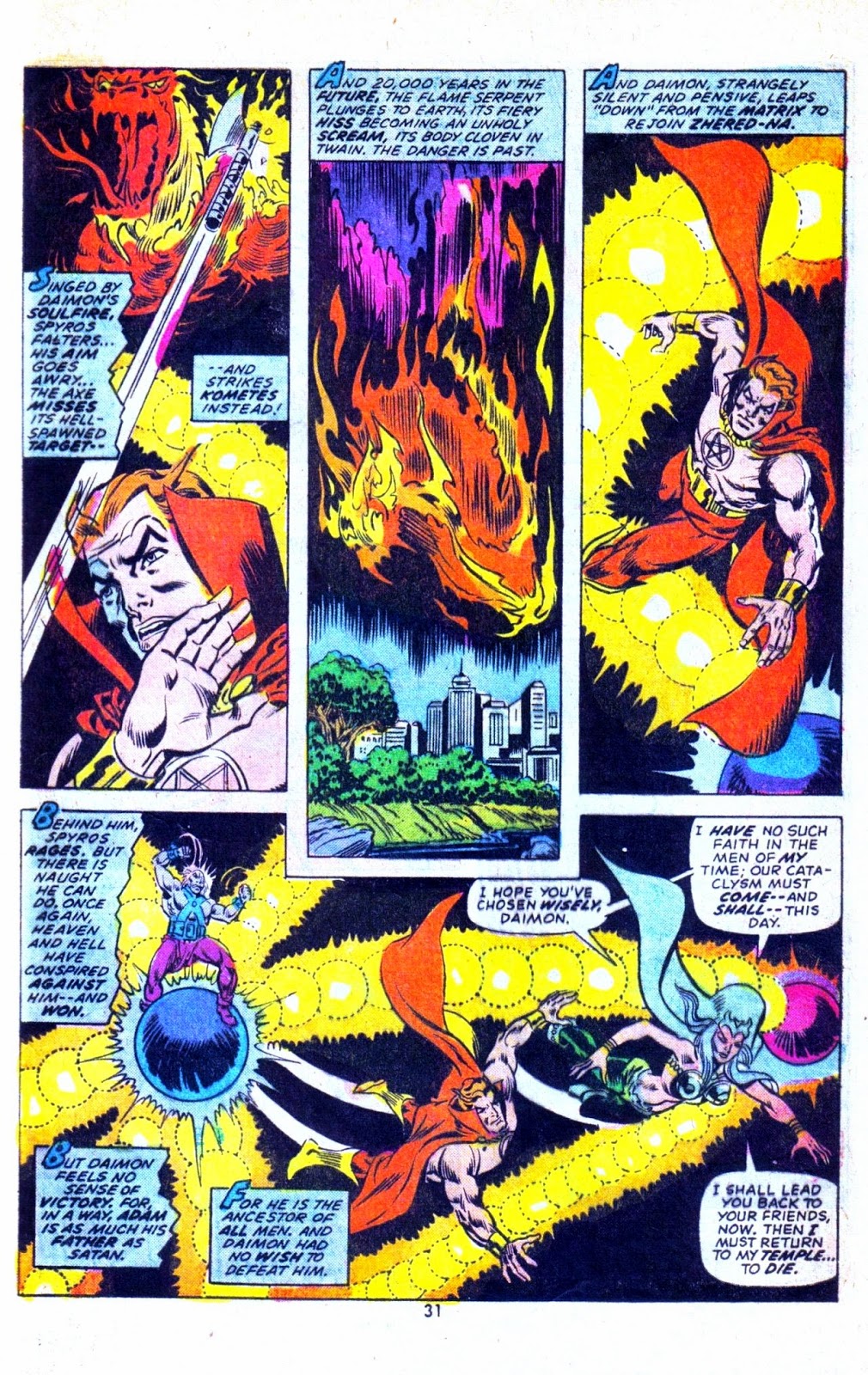 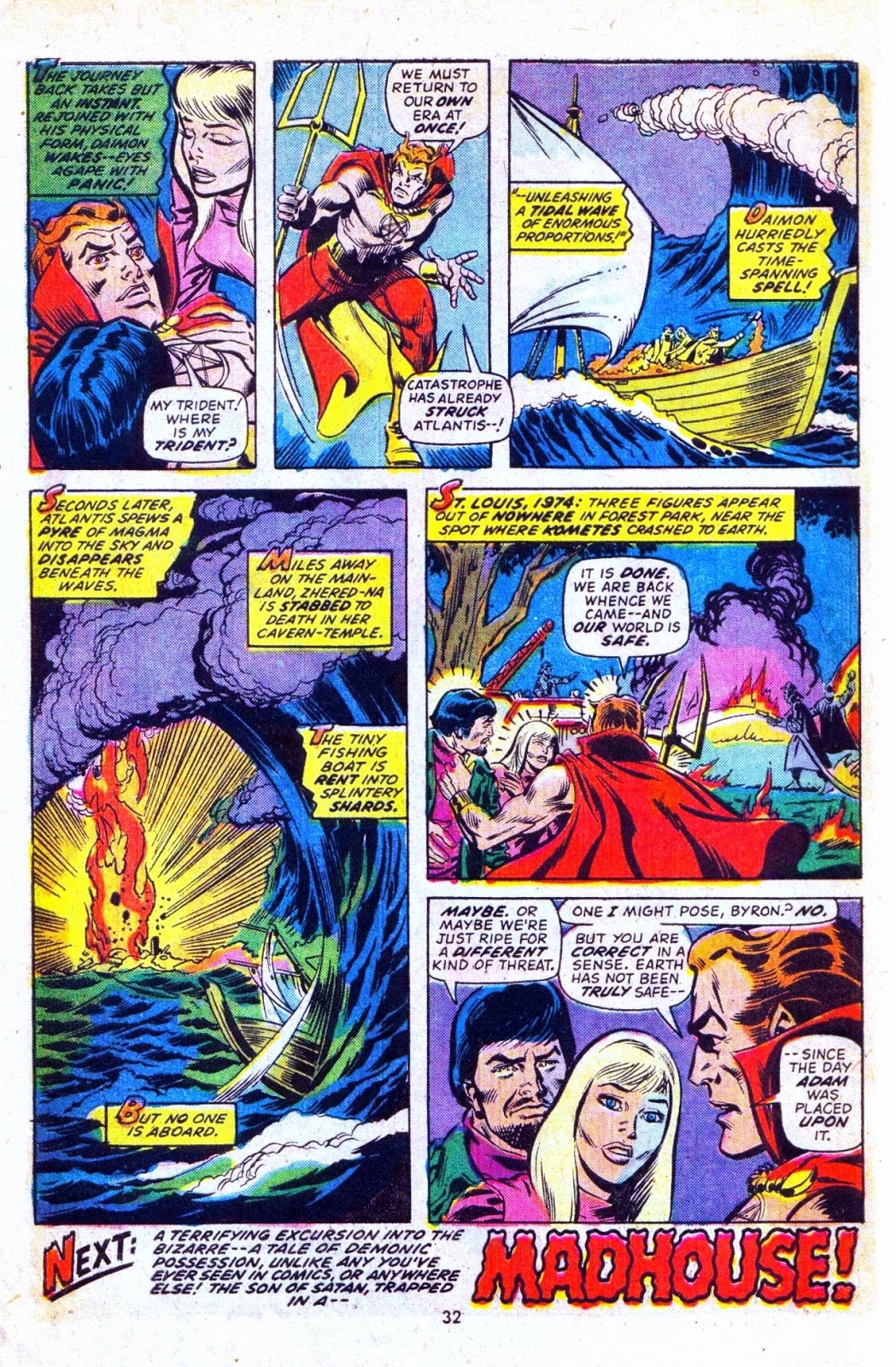