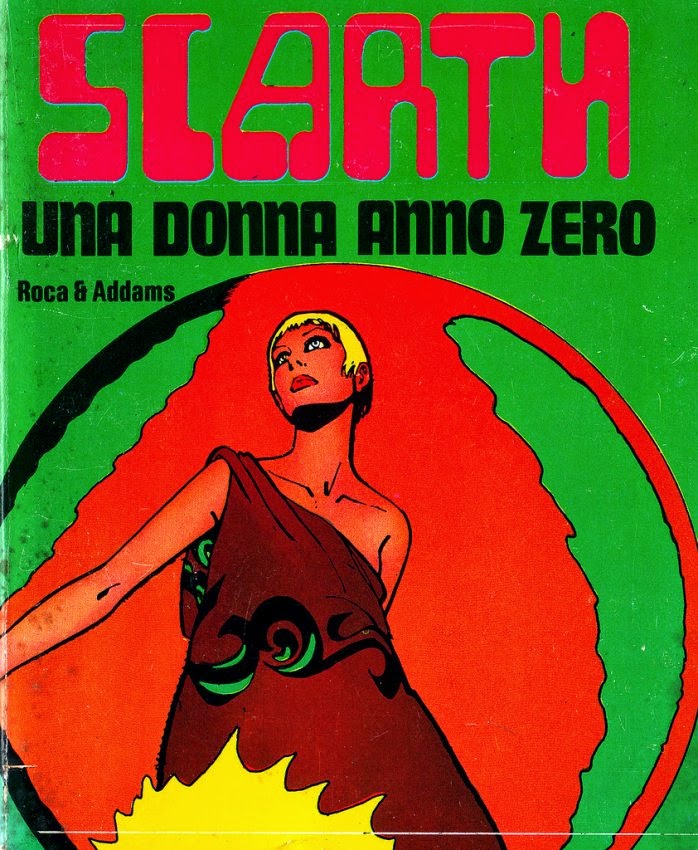 Scarth A.D. 2195 was a freaky strip that ran in The Sun newspaper from 1969 to 1972, and really felt like it should've been running in Heavy Metal instead.
Apparently, It began life just as Scarth, created by sci-fi writer Jo Addams and originally drawn by Luis M. Roca, and was about a girl who dies in a car accident and becomes the guinea pig for a scientific experiment that reincarnates her in the future with a new life, but no memory.
By this point, the strip was being drawn by the deeply odd Jose Bea, who'd done loads of creepy ( and Creepy ) stories over at Warren.
His surreal, emotionally cold artwork is the first thing that strikes you about Scarth, but the script is even weirder than the art.
Once in the future, Scarth seems to be just about the most pliable, submissive and uncomplaining 'good girl' strip heroine ever. No matter what weird characters she meets, she lets them do pretty much whatever they want with her ( even her name is foisted on her by someone else ), making her little more than a cipher as a lead heroine. At no point does she move the story forward, and things just sort of happen around her.
Scarth has been described as a satire on celebrity, pop culture and fashion, and in later stories there is that, but at this point, what it all feels like is a light bondage fantasy, and god only knows what the readers of The Sun thought about it, as a futuristic sex slave cavorted across their cornflakes every morning.
Unfortunately, because Bea's art is so odd and distant, Scarth isn't in the least bit sexy, no matter how many times she takes her clothes off. But it's certainly worth reading, if only because it's so strange. 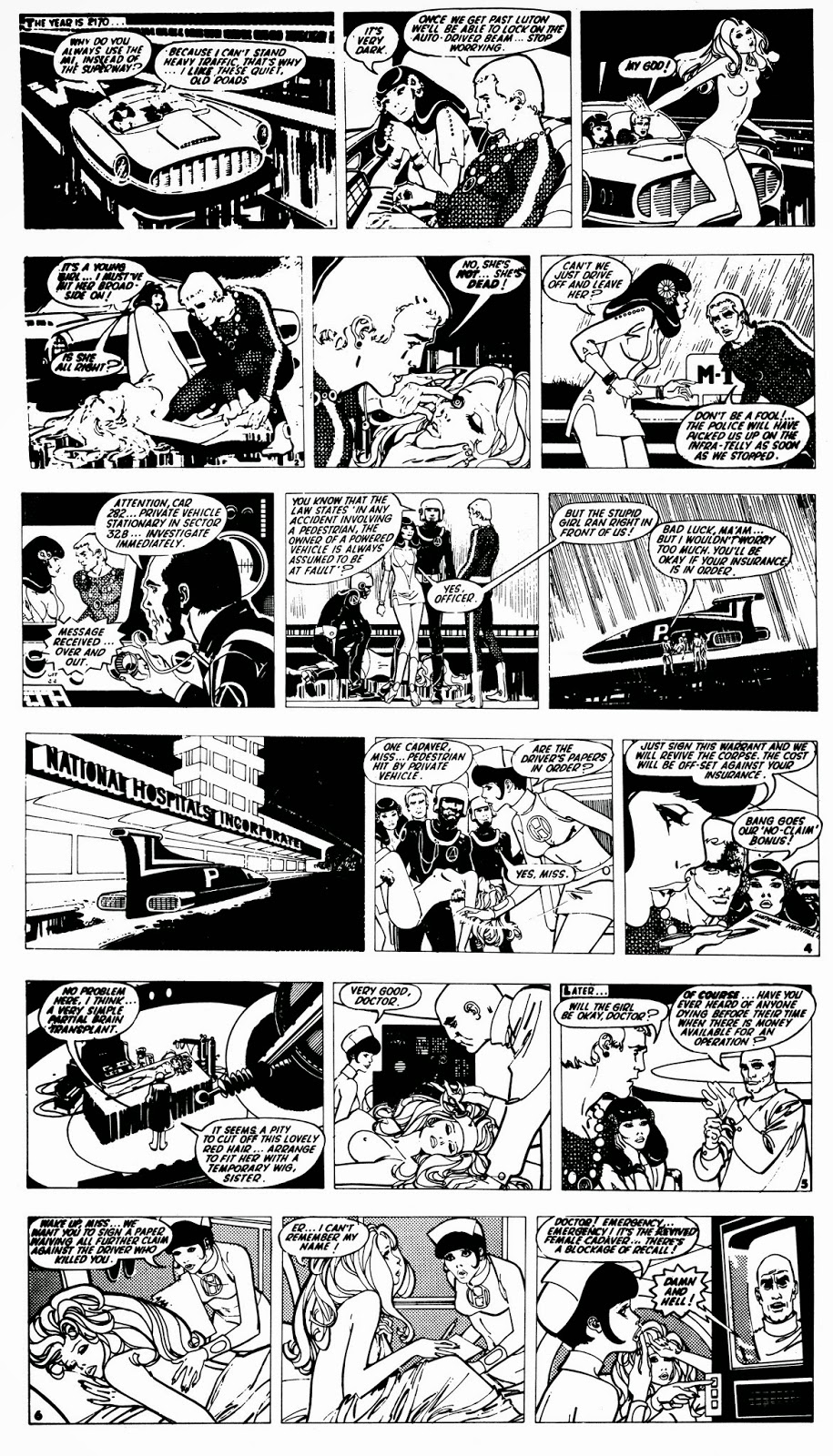 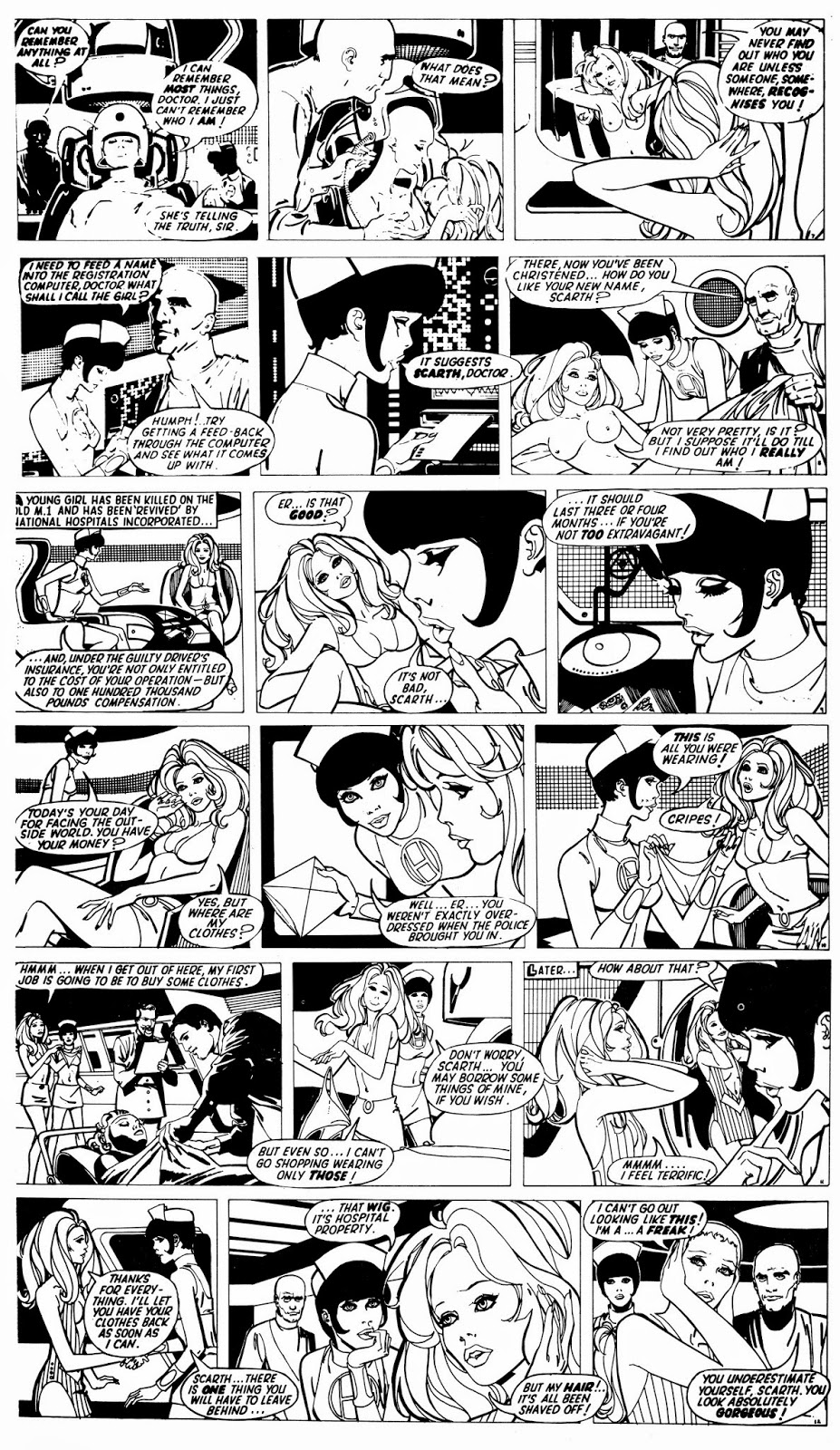 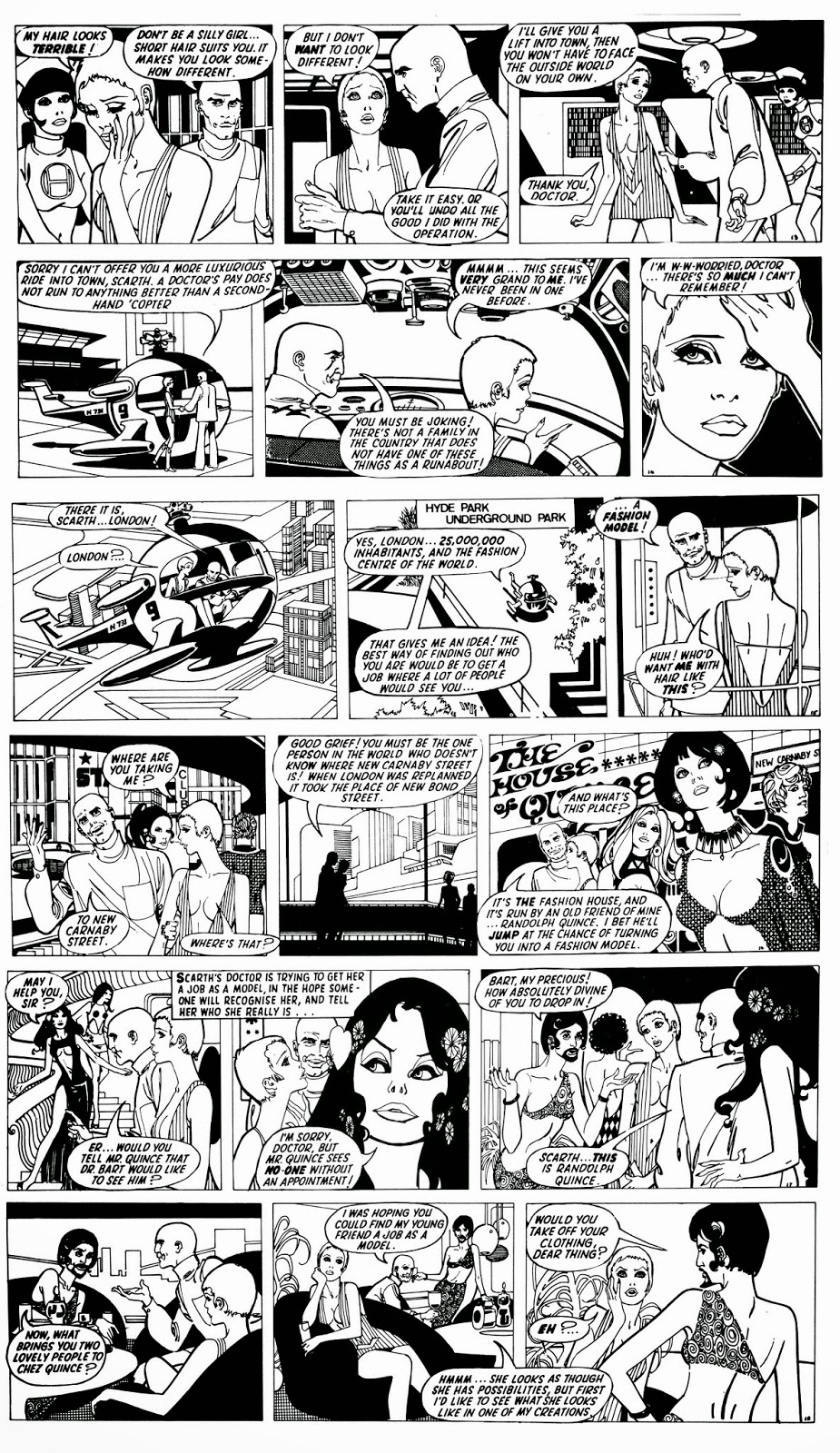 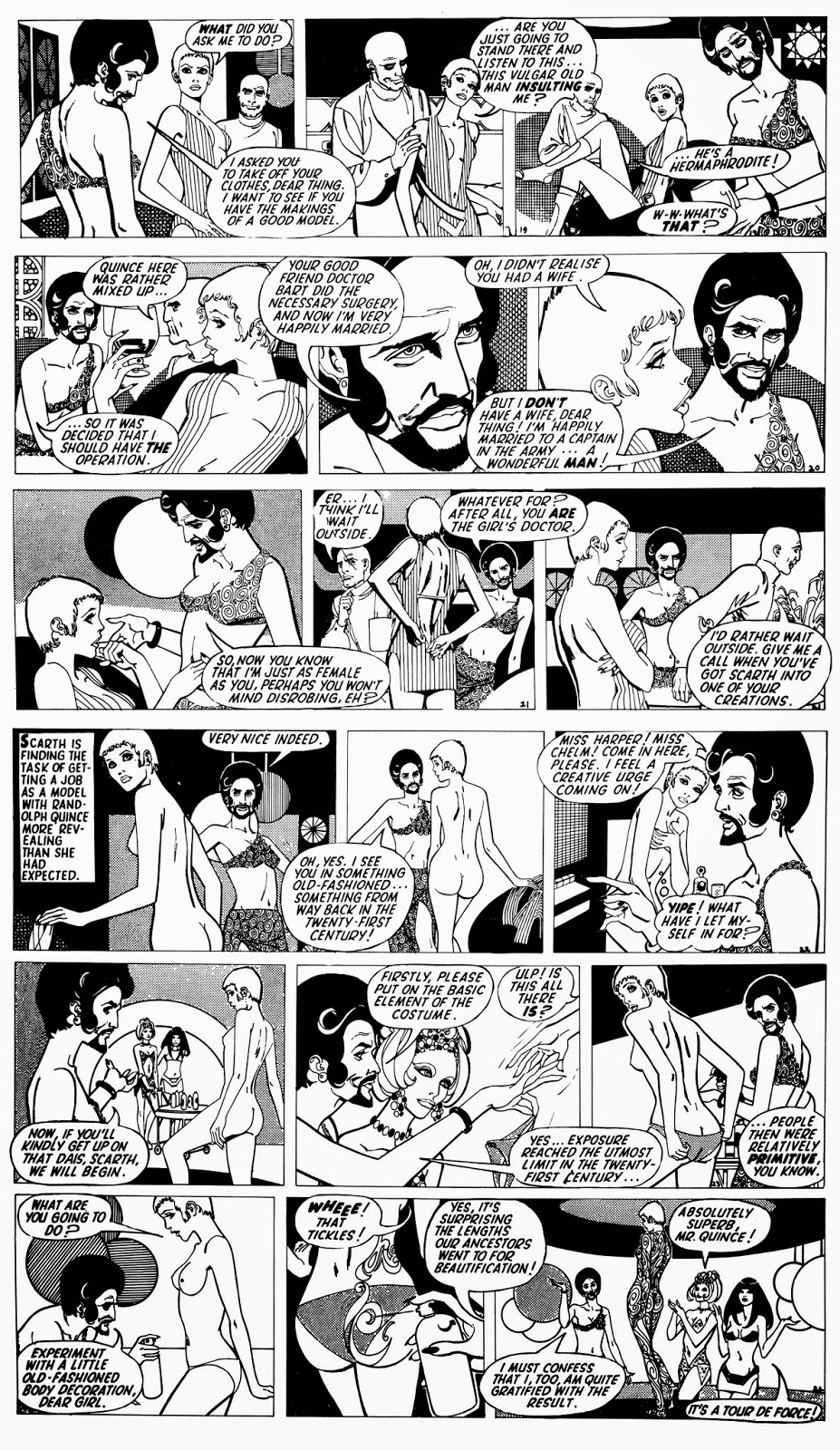 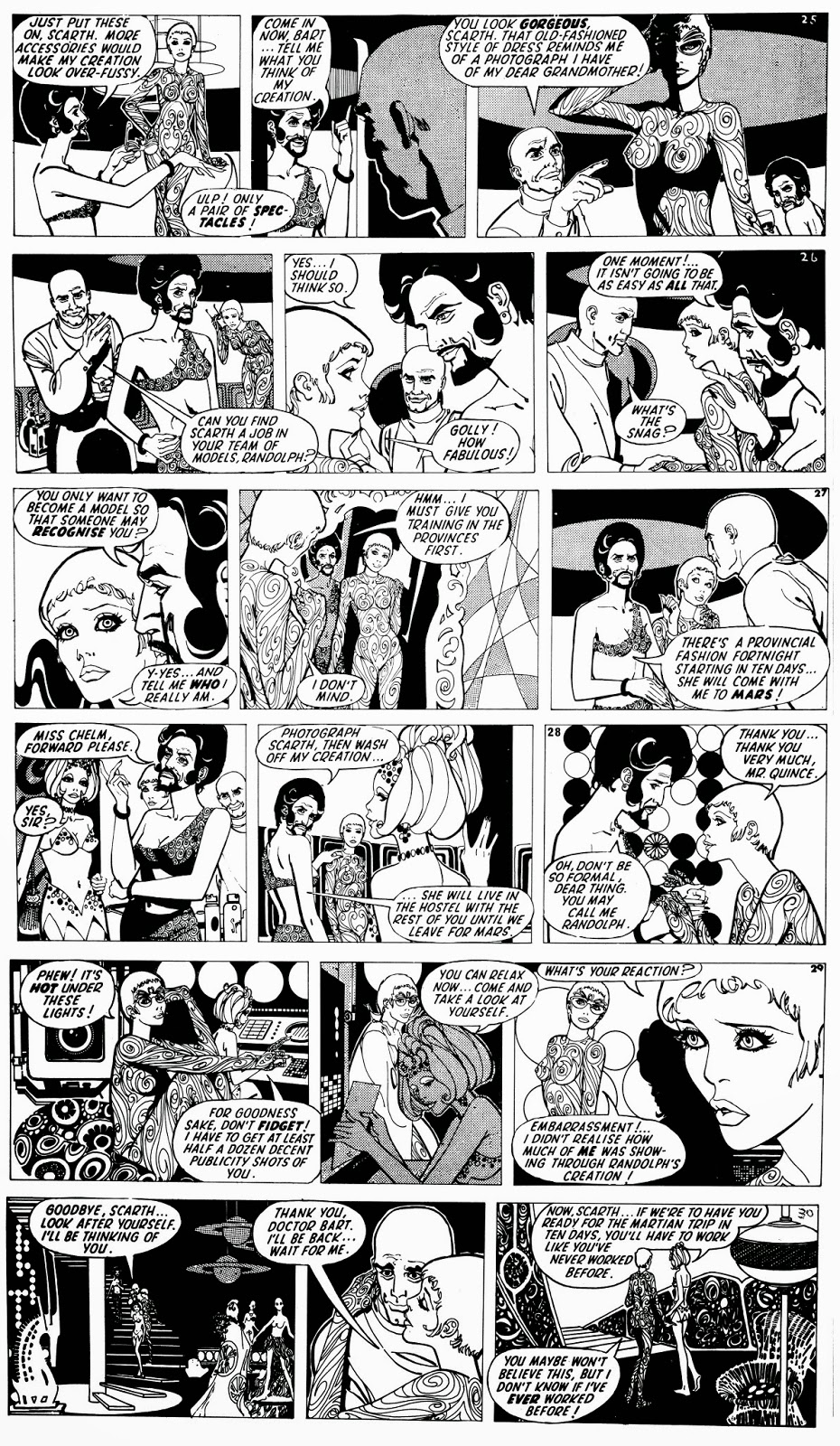 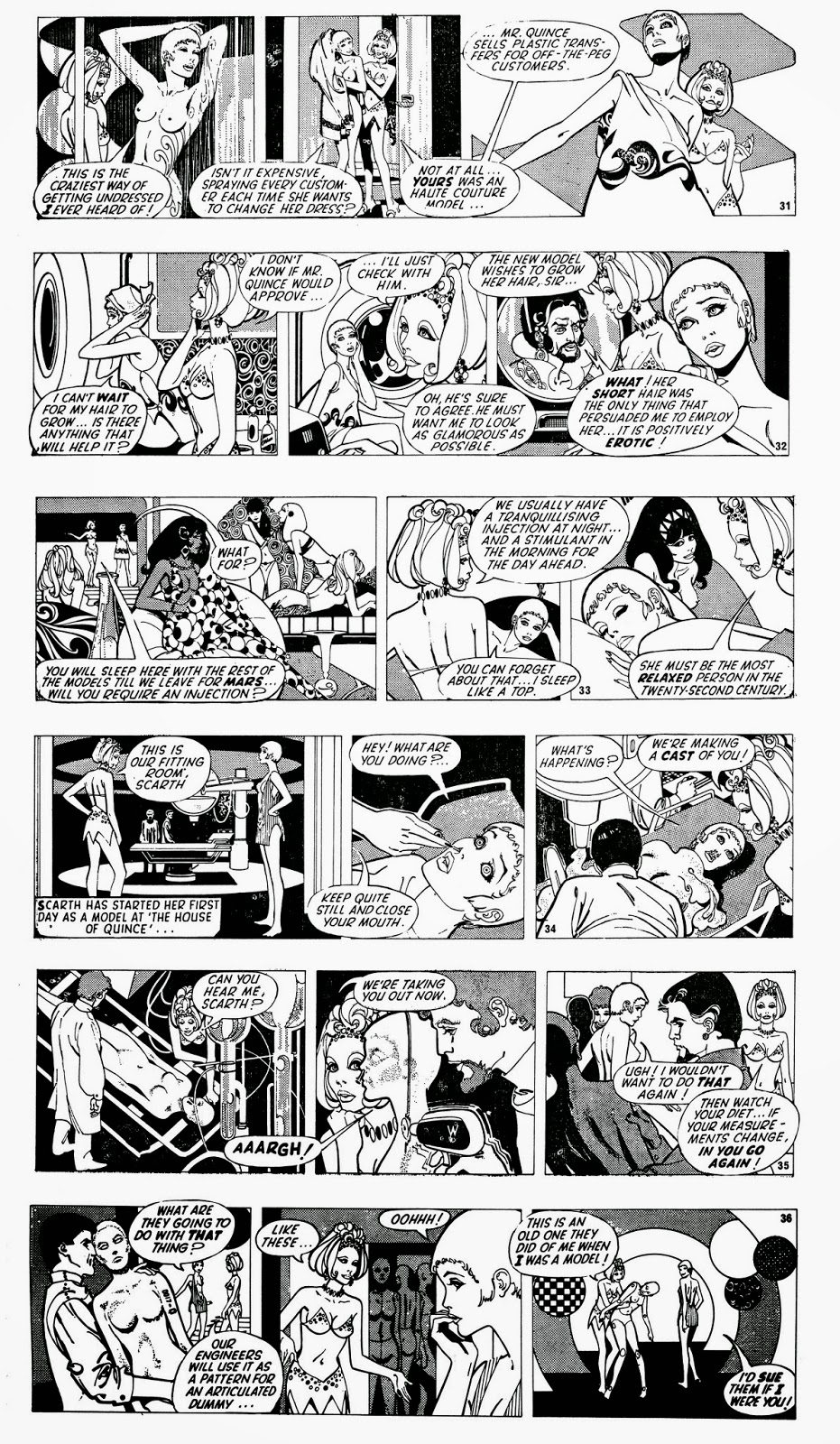 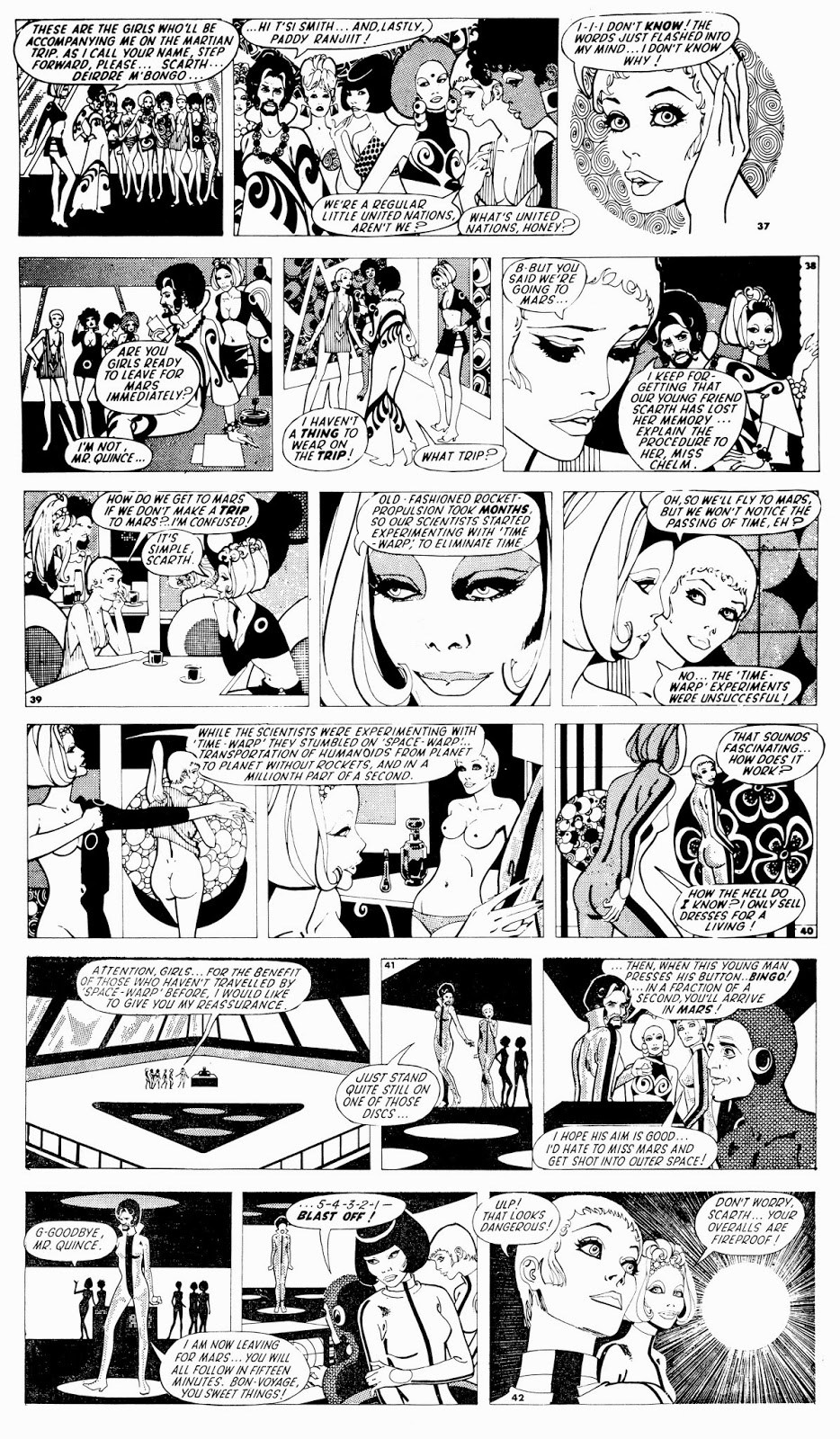 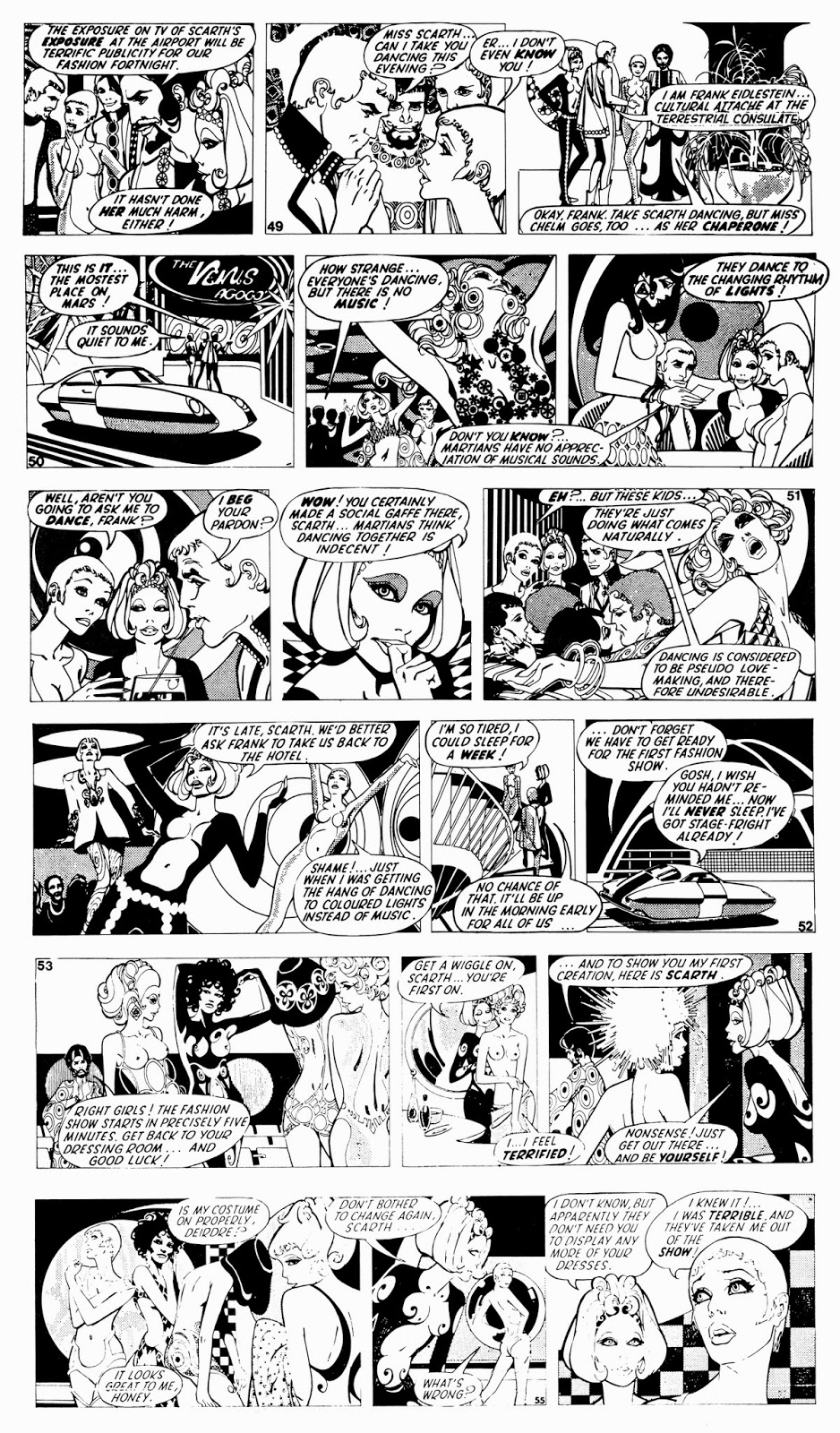 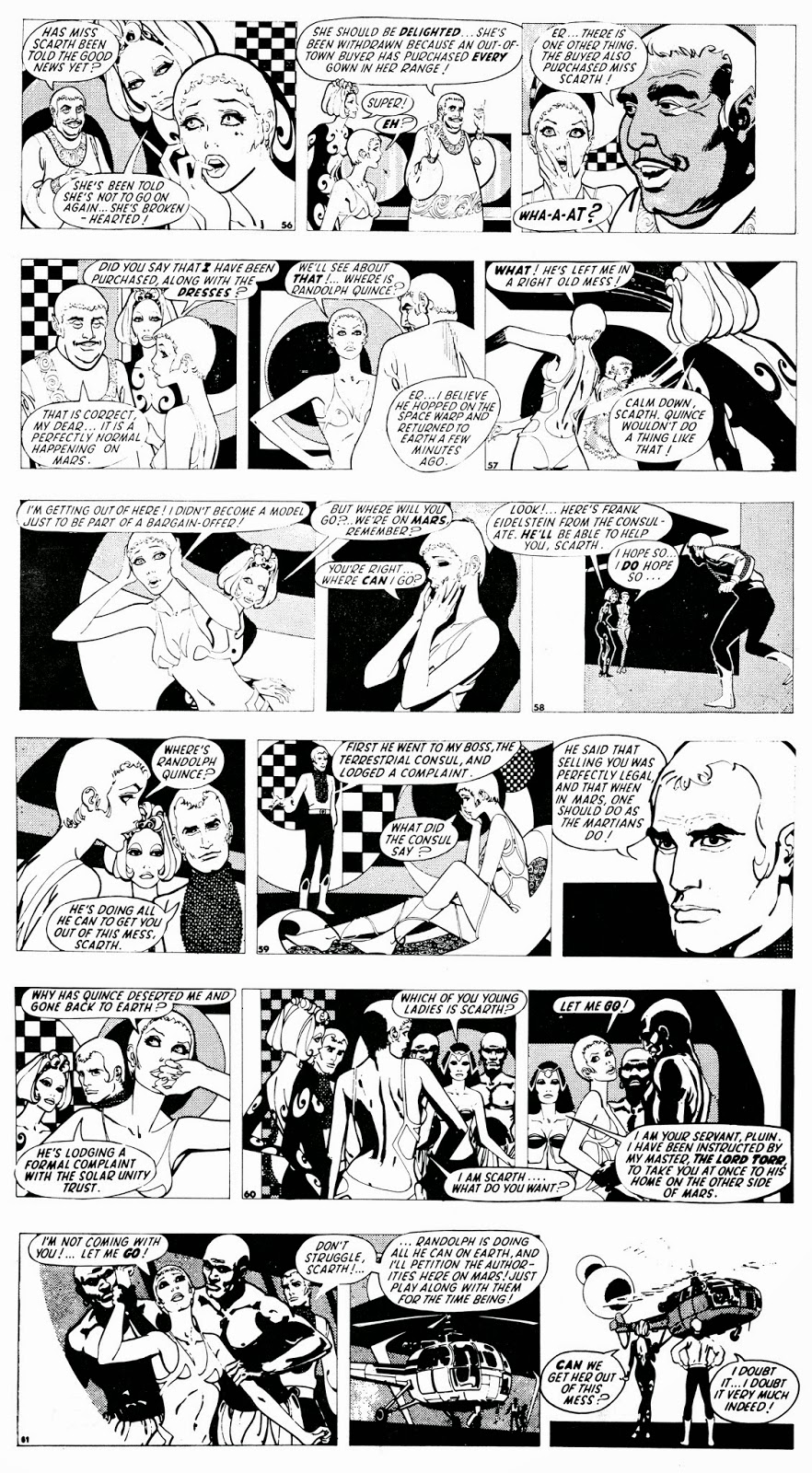 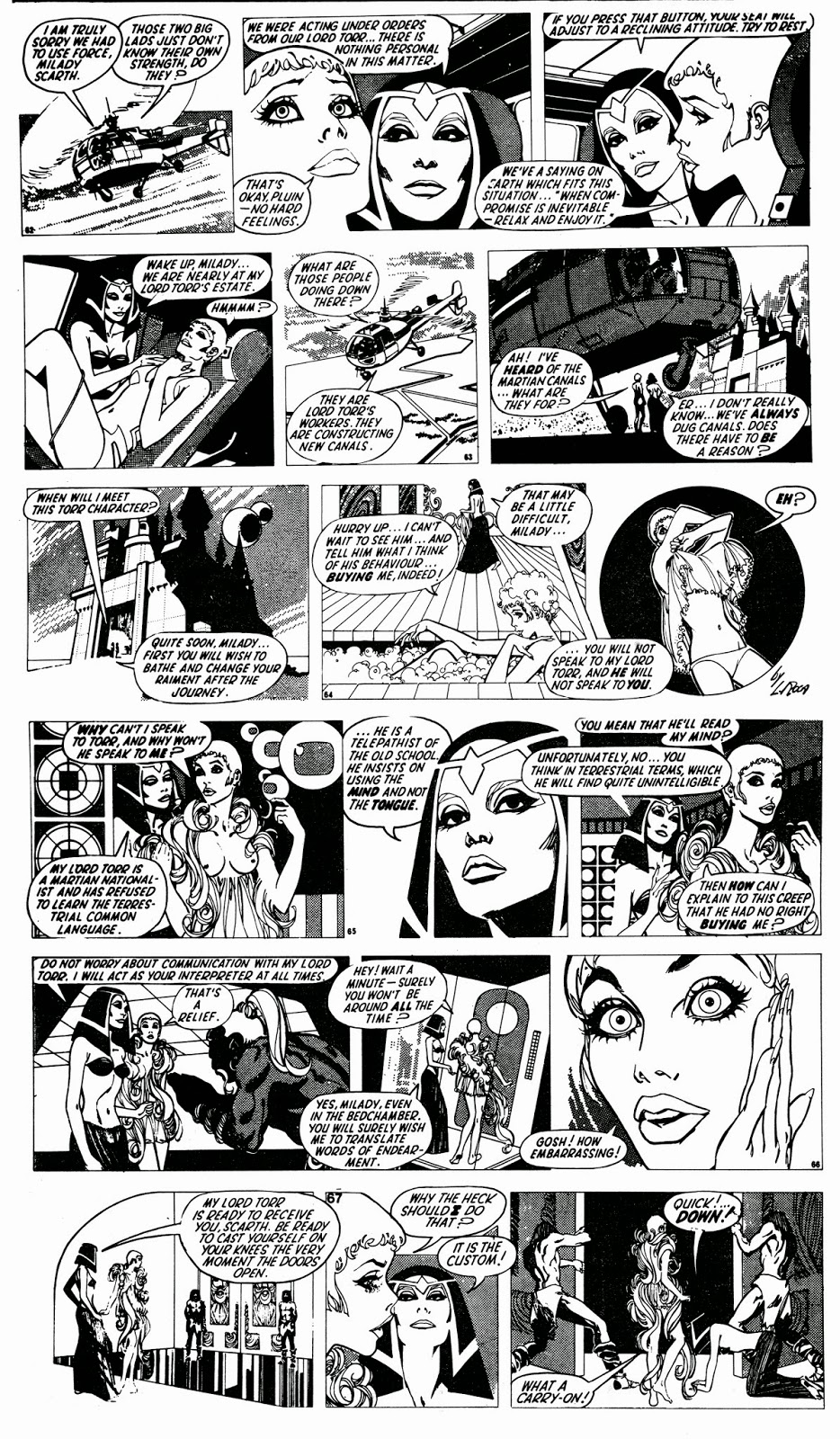 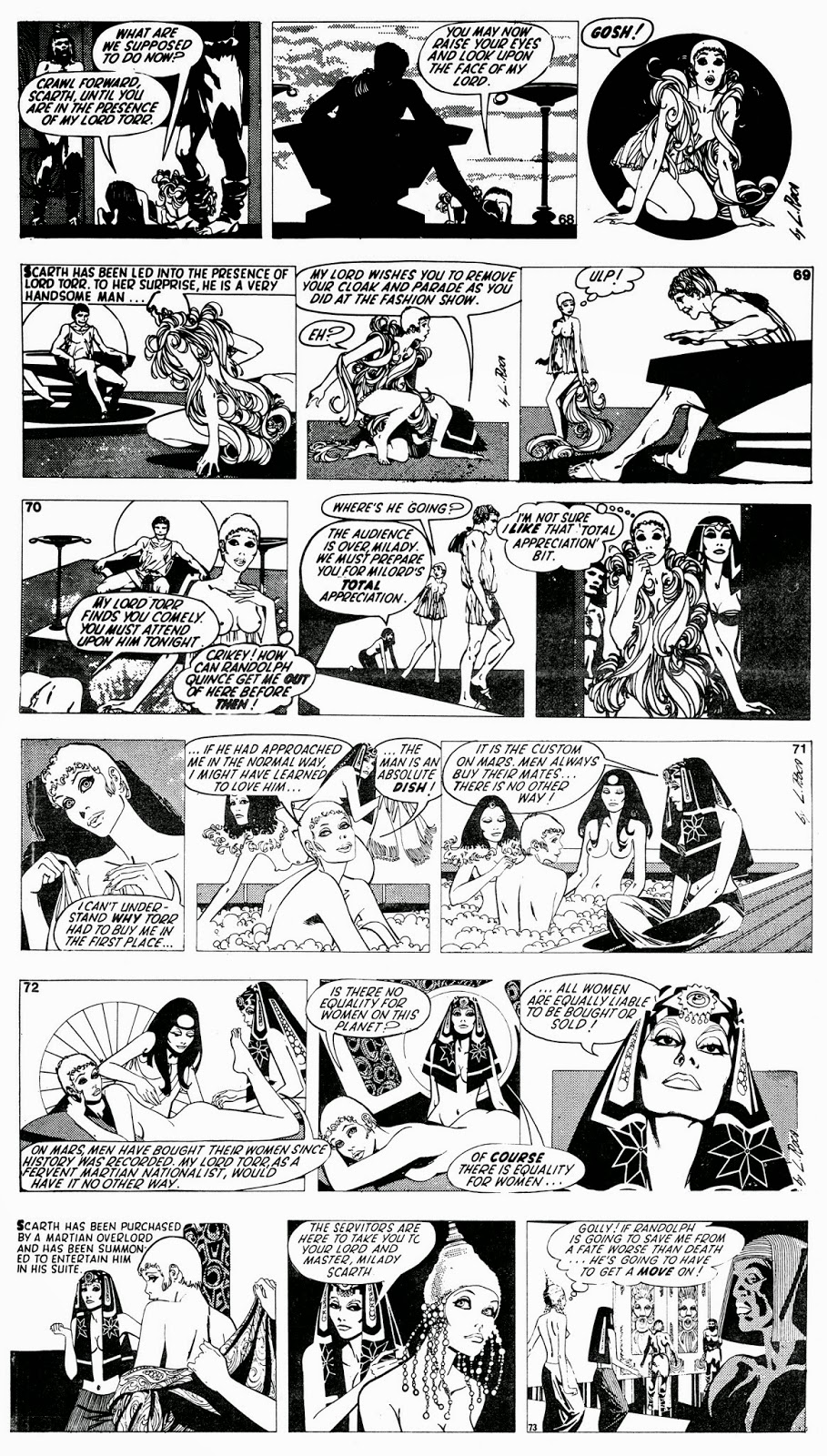 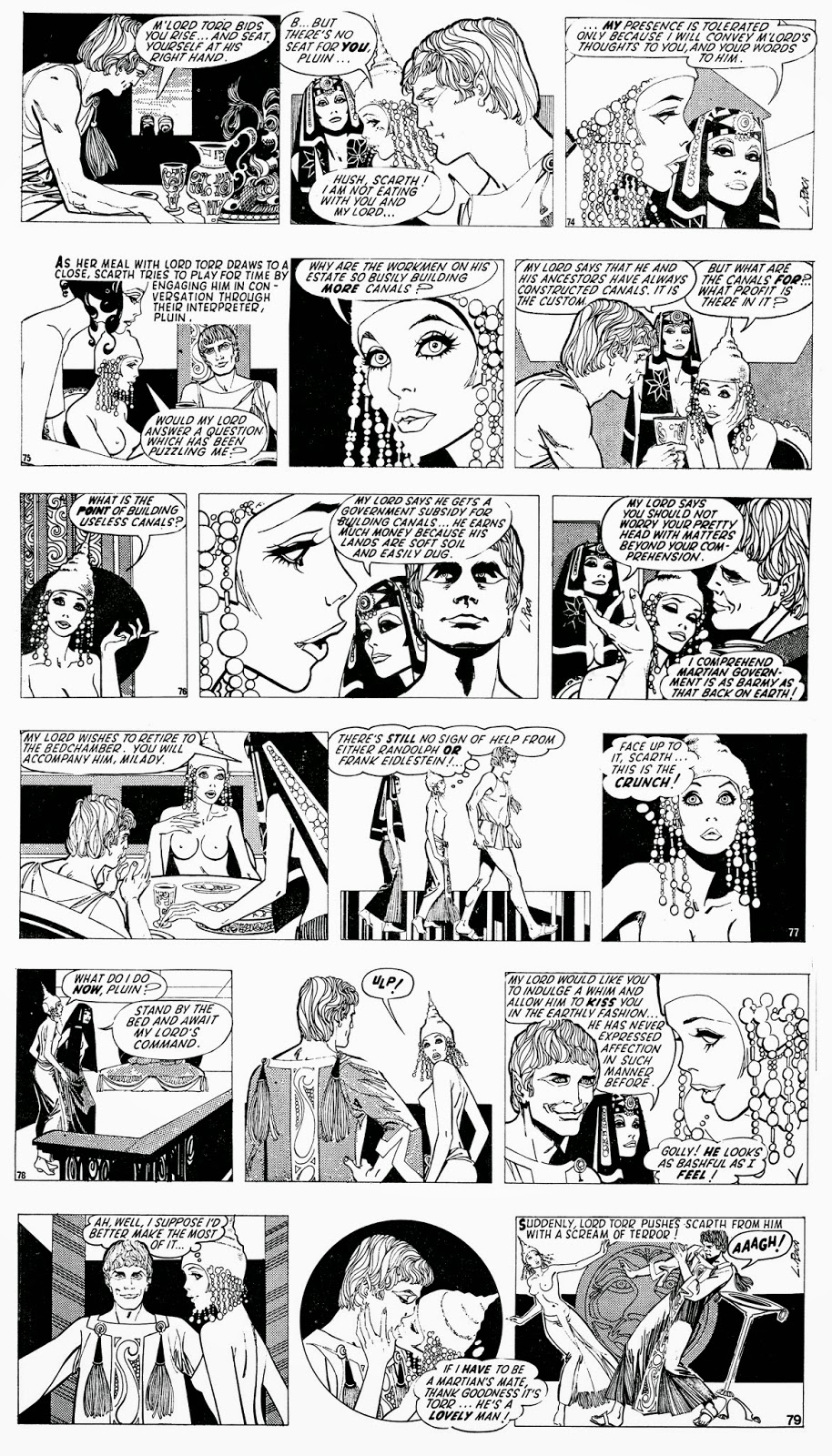 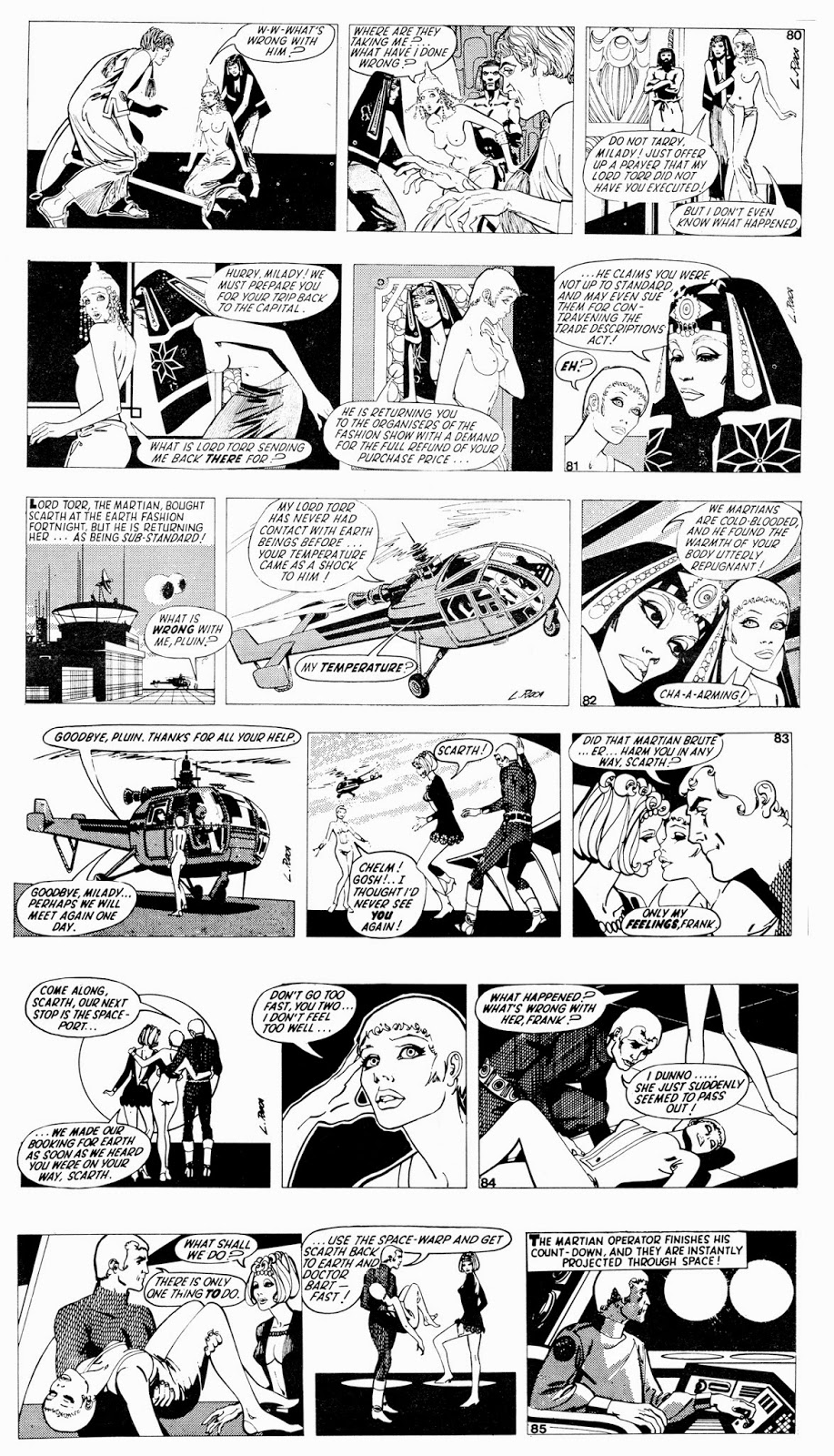 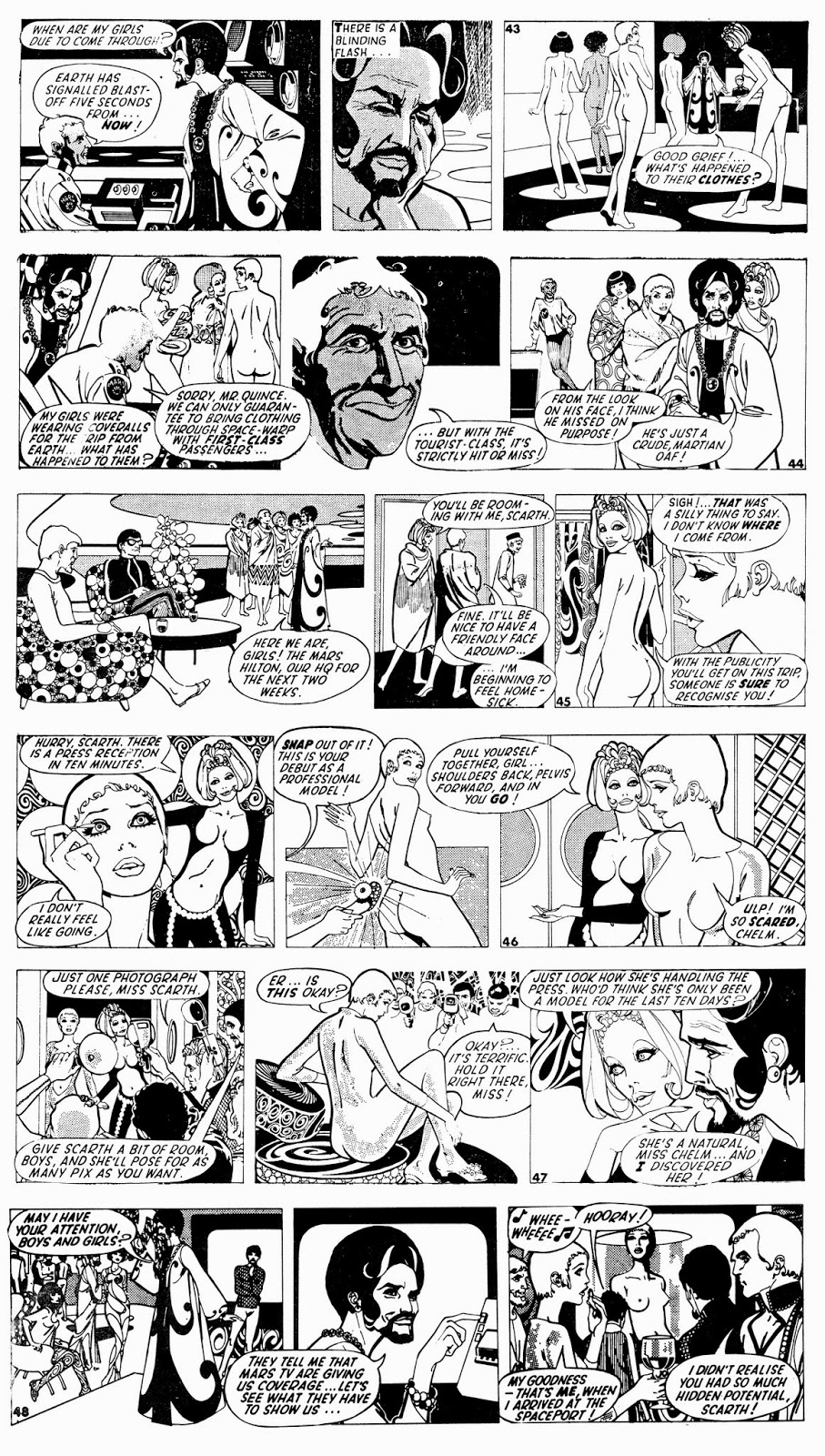