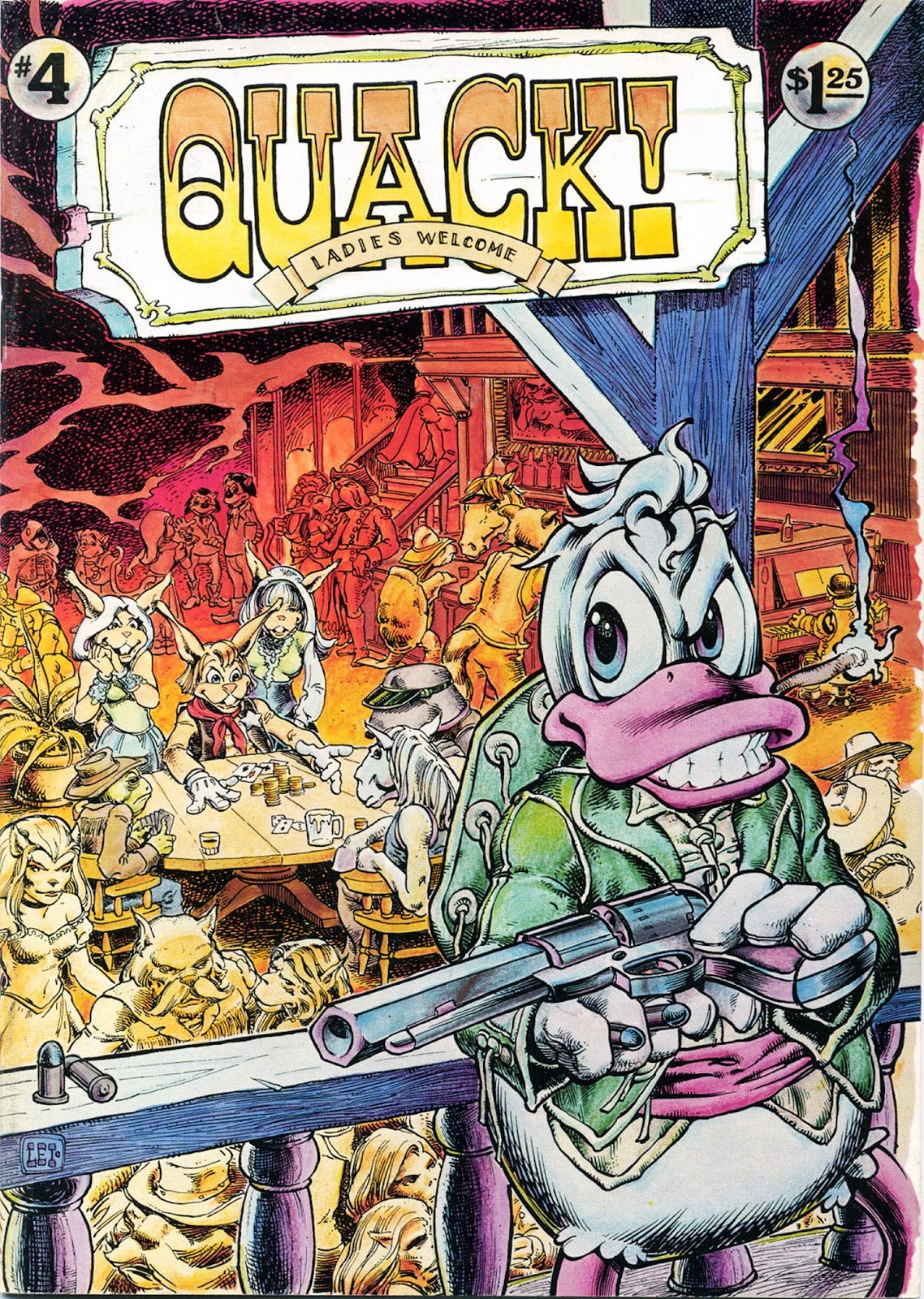 For what was basically a piece of fluff that seemed made up as it went along, Newton The Rabbit Wonder sure had some heavyweight talent behind it. Newton was Steve Leialoha's contribution to Quack! and later Eclipse Magazine, and was generally about whatever Steve wanted it to be about.
Each episode follows the previous one only in the vaguest sense, as Newton hips-hops through sci-fi, sword & sorcery and, in this example, western parodies, but each strip is an absolute belter.
Drafting in Sergio Aragones for The Rabbit Wonder, and Alex Nino for The Rabbit Wonder Meets The Barbarian Bunny, by the time of this piece, Leialoha's going it solo, but it's actually the best piece. Check out pgs. 6 & 7 to see how a master cartoonist uses negative space. And how a horse called Smega can steal your strip right out from under you if you're not paying attention. 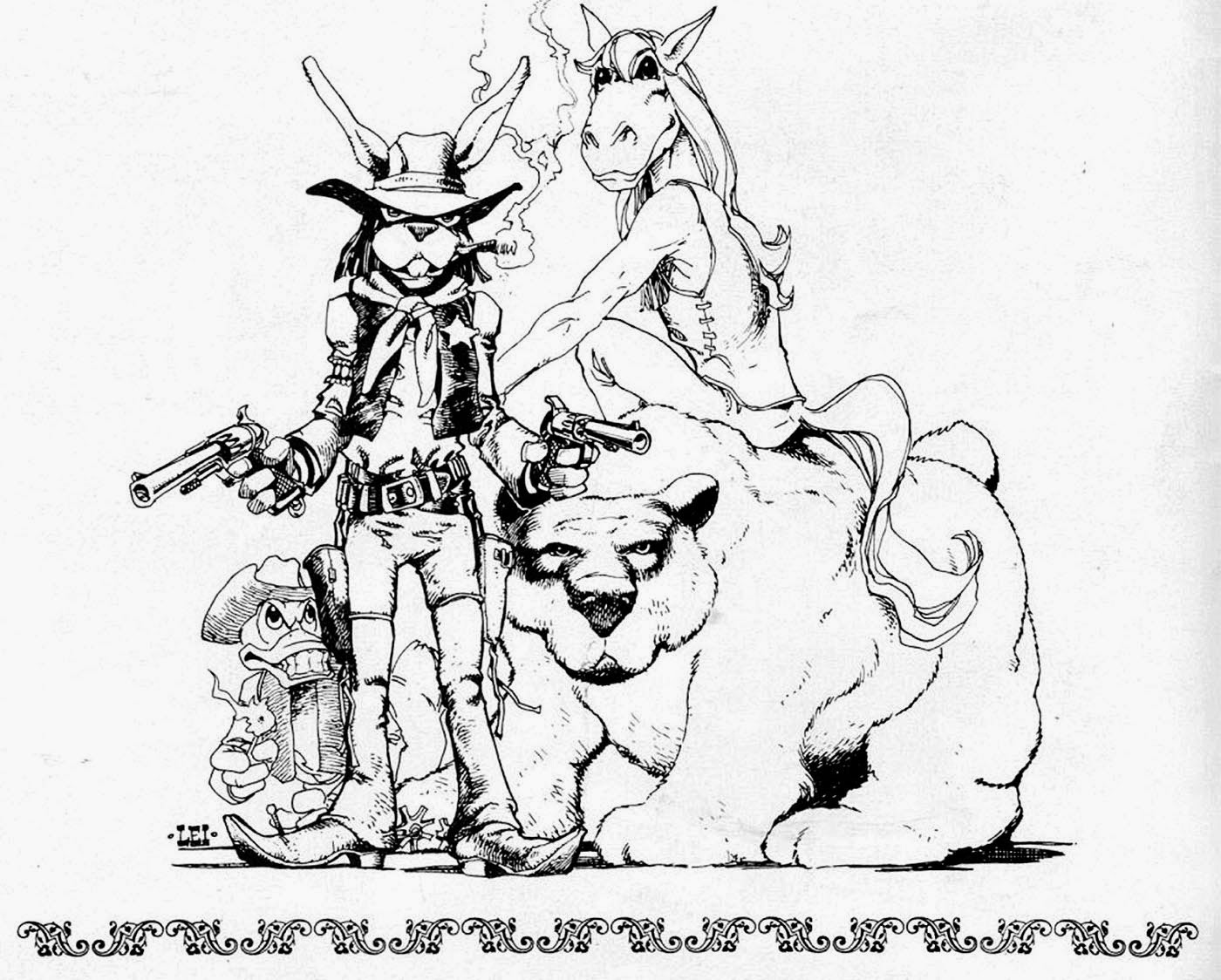 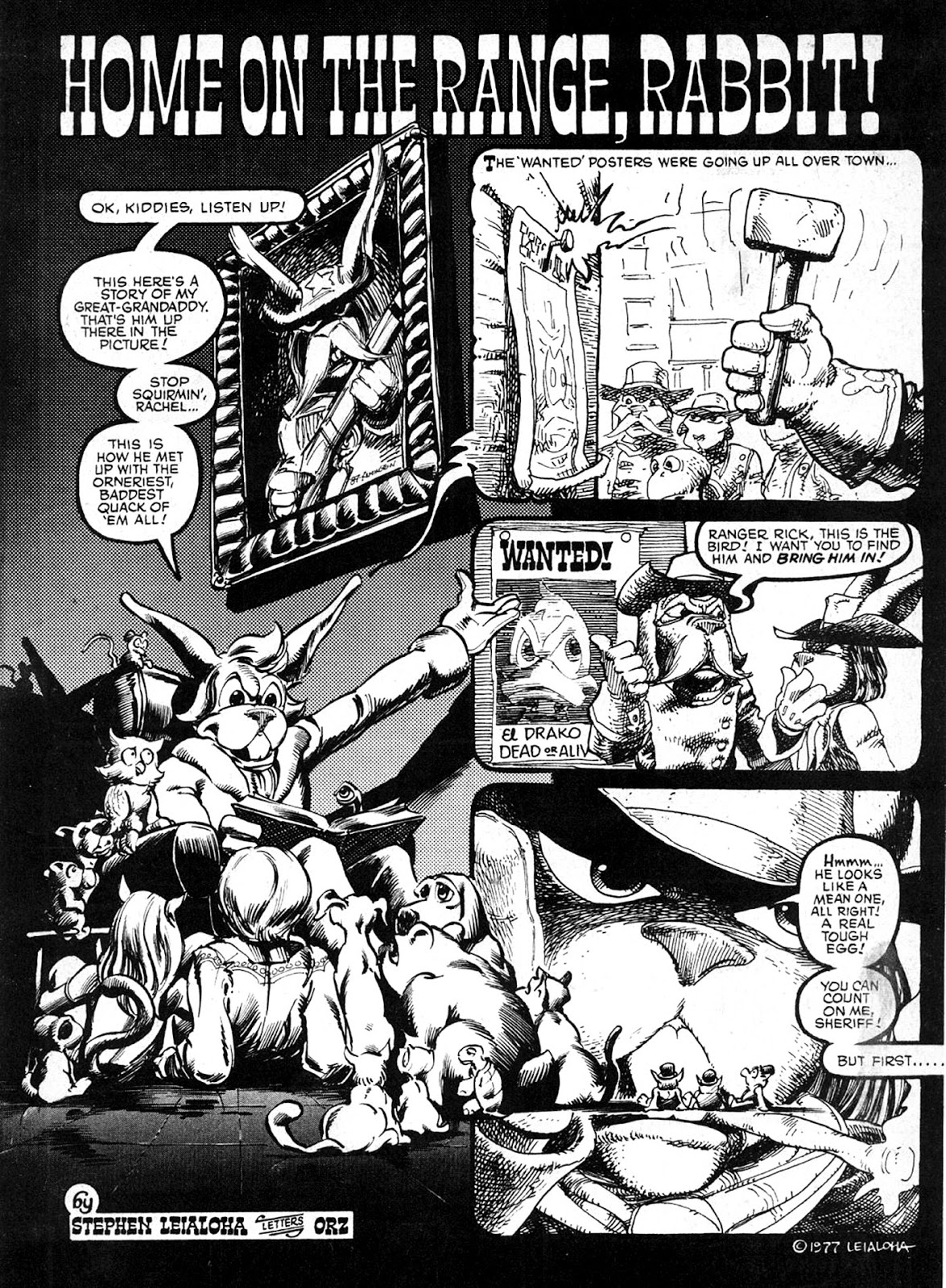 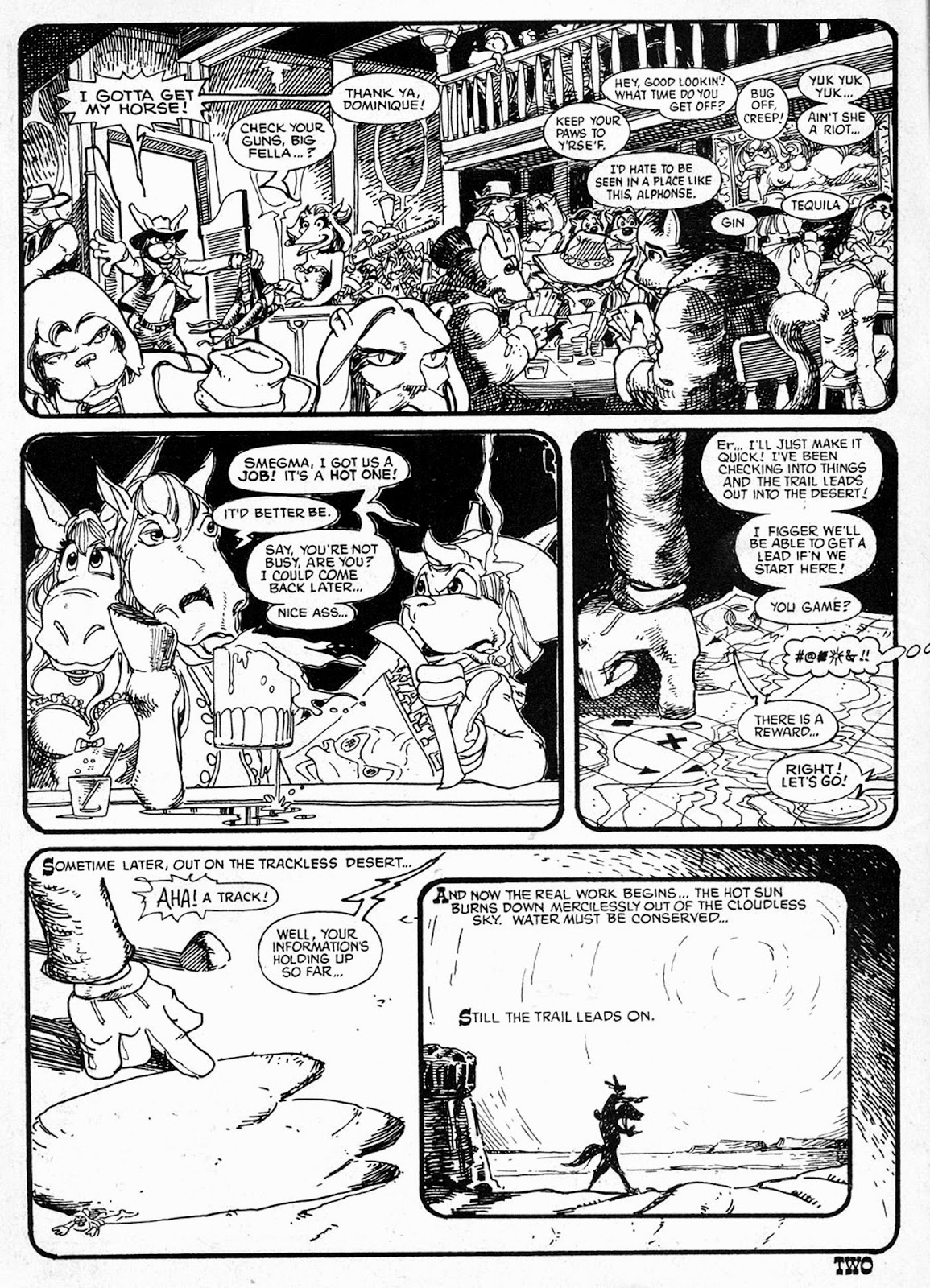 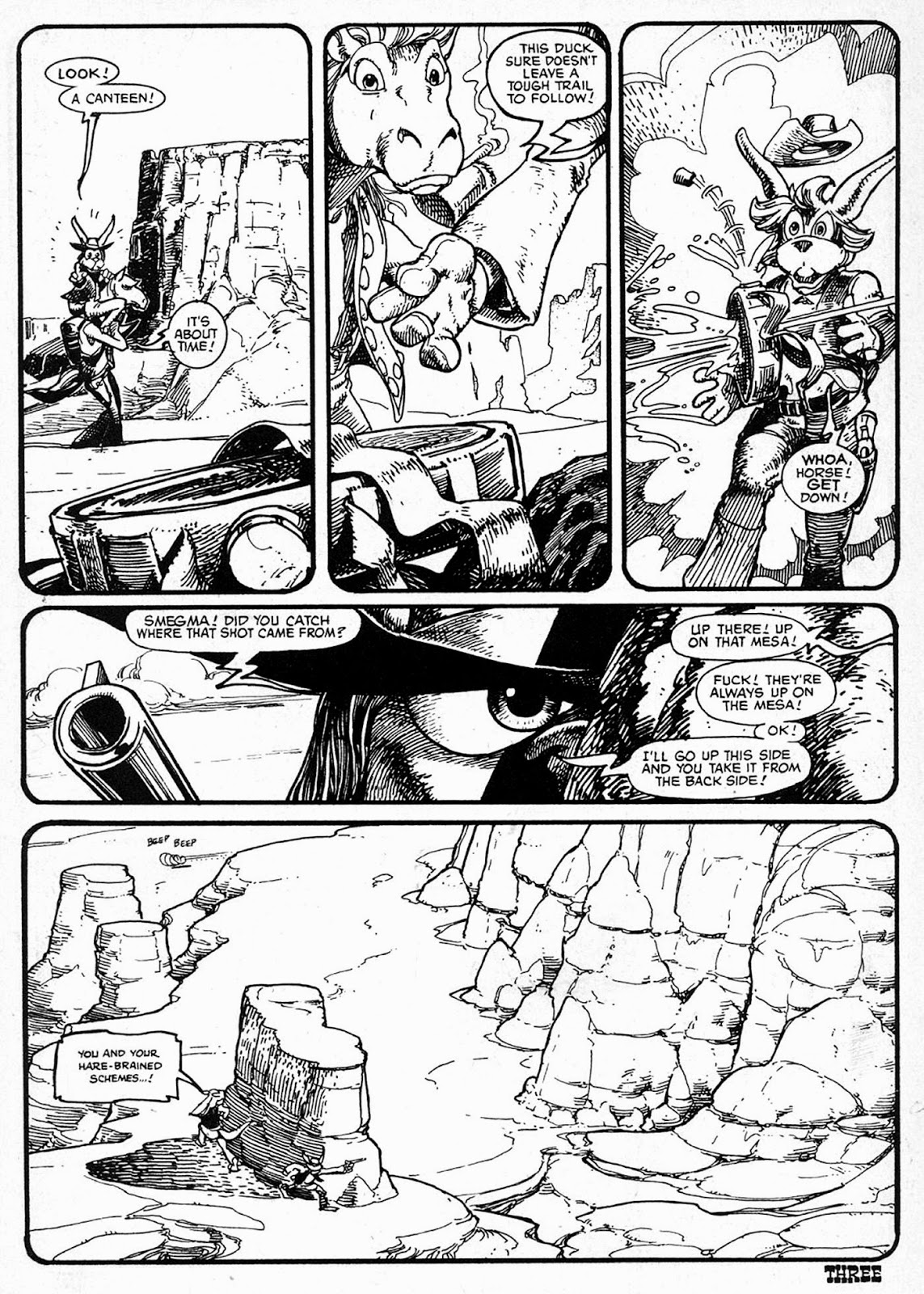 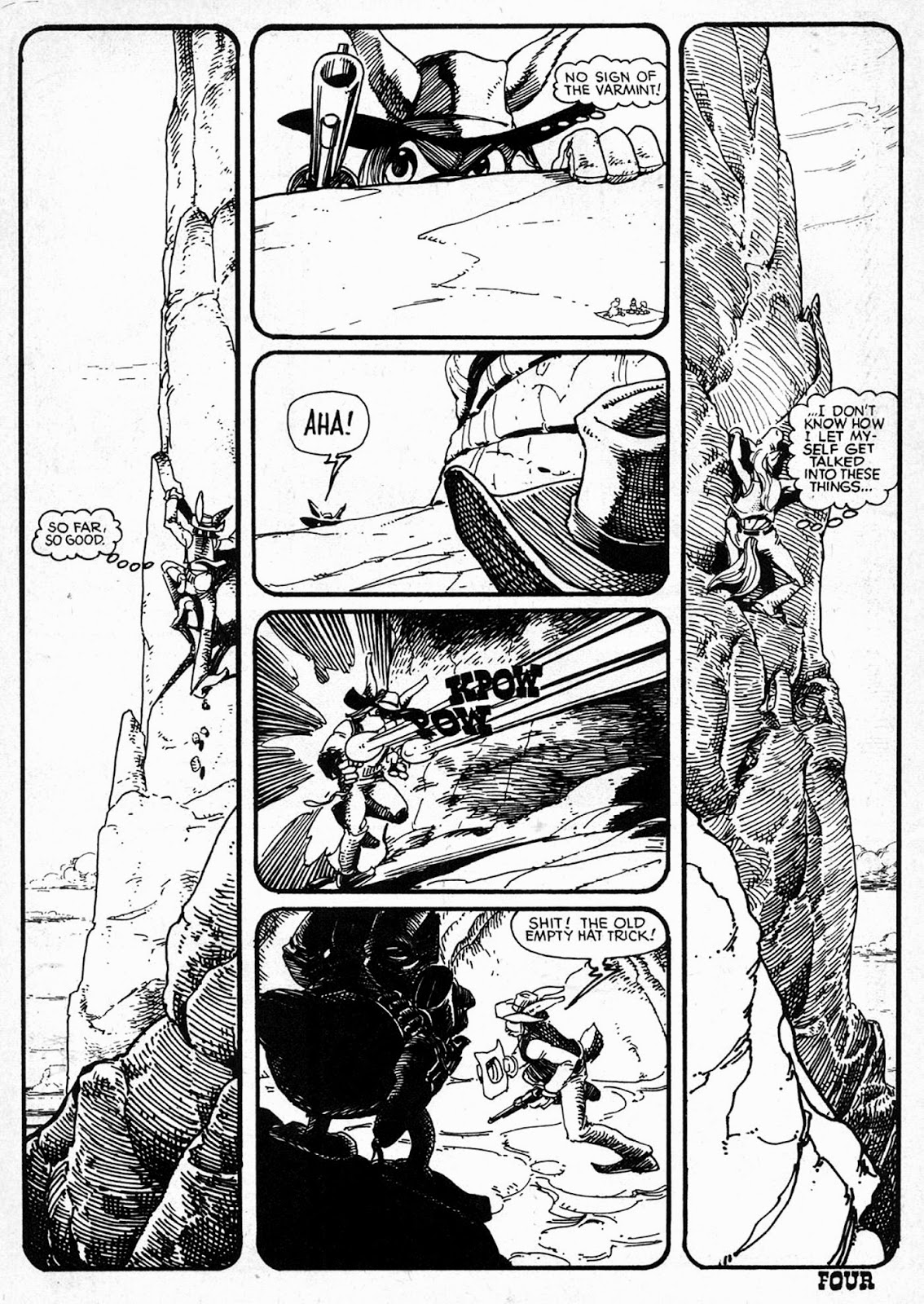 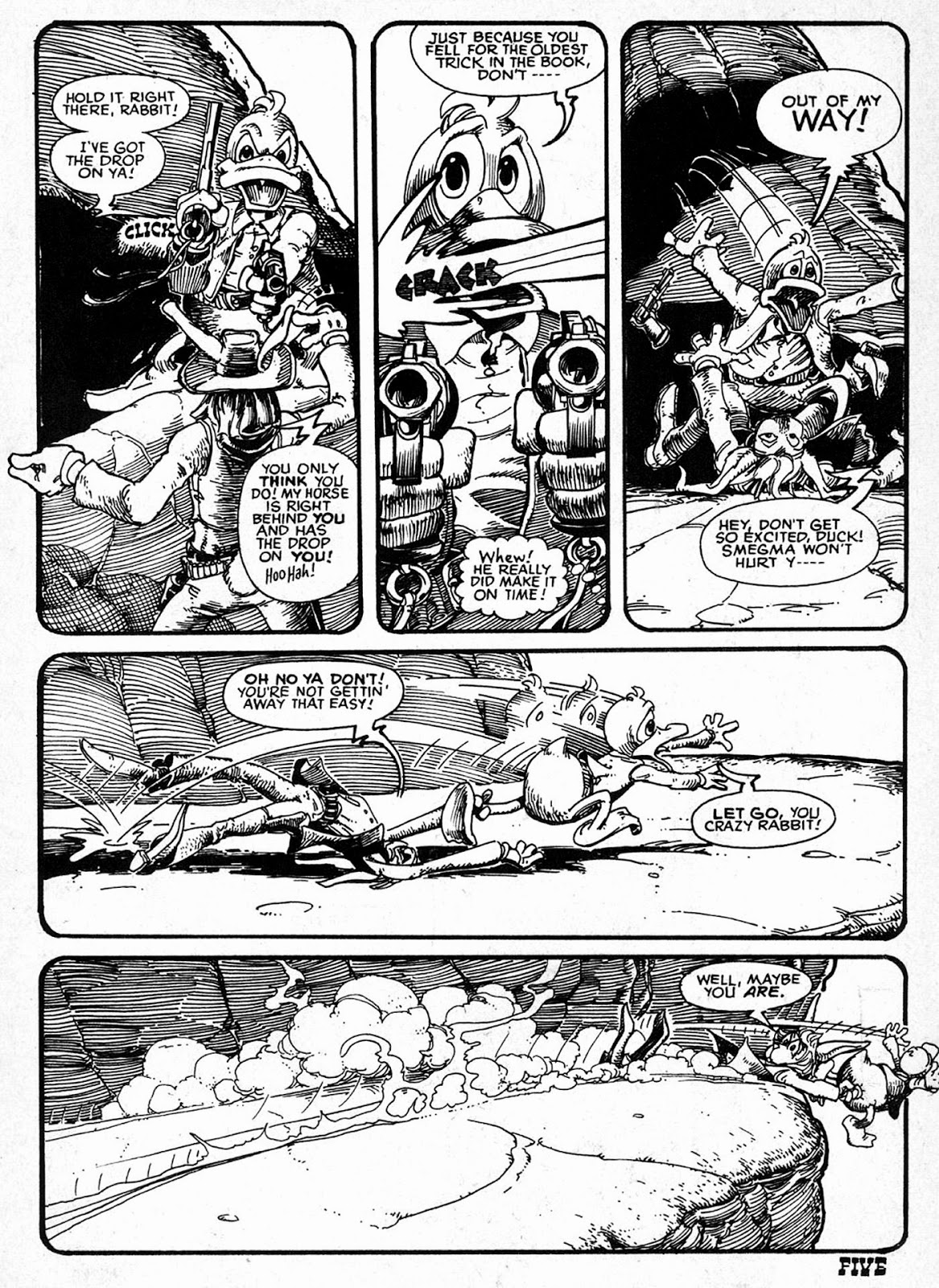 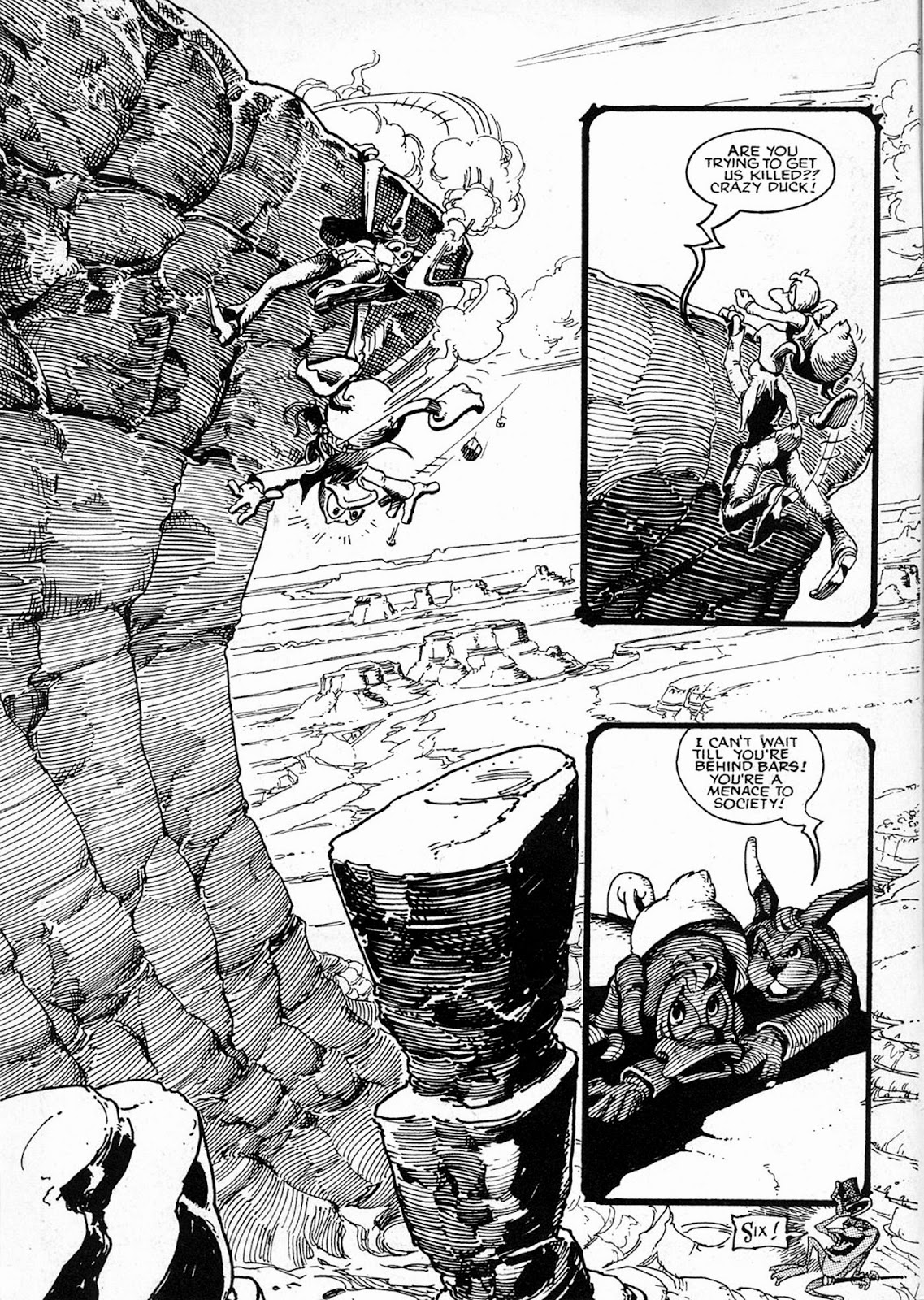 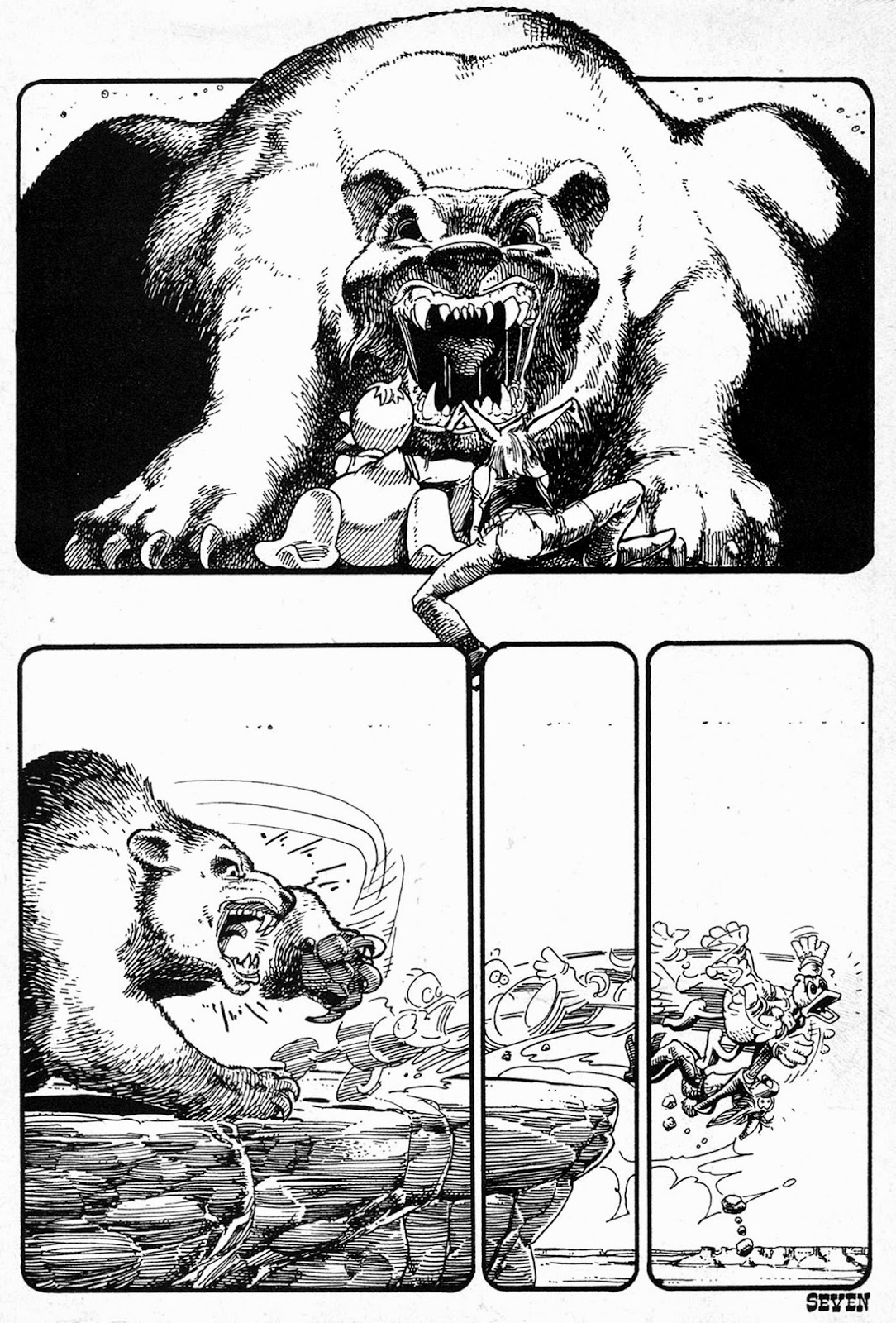 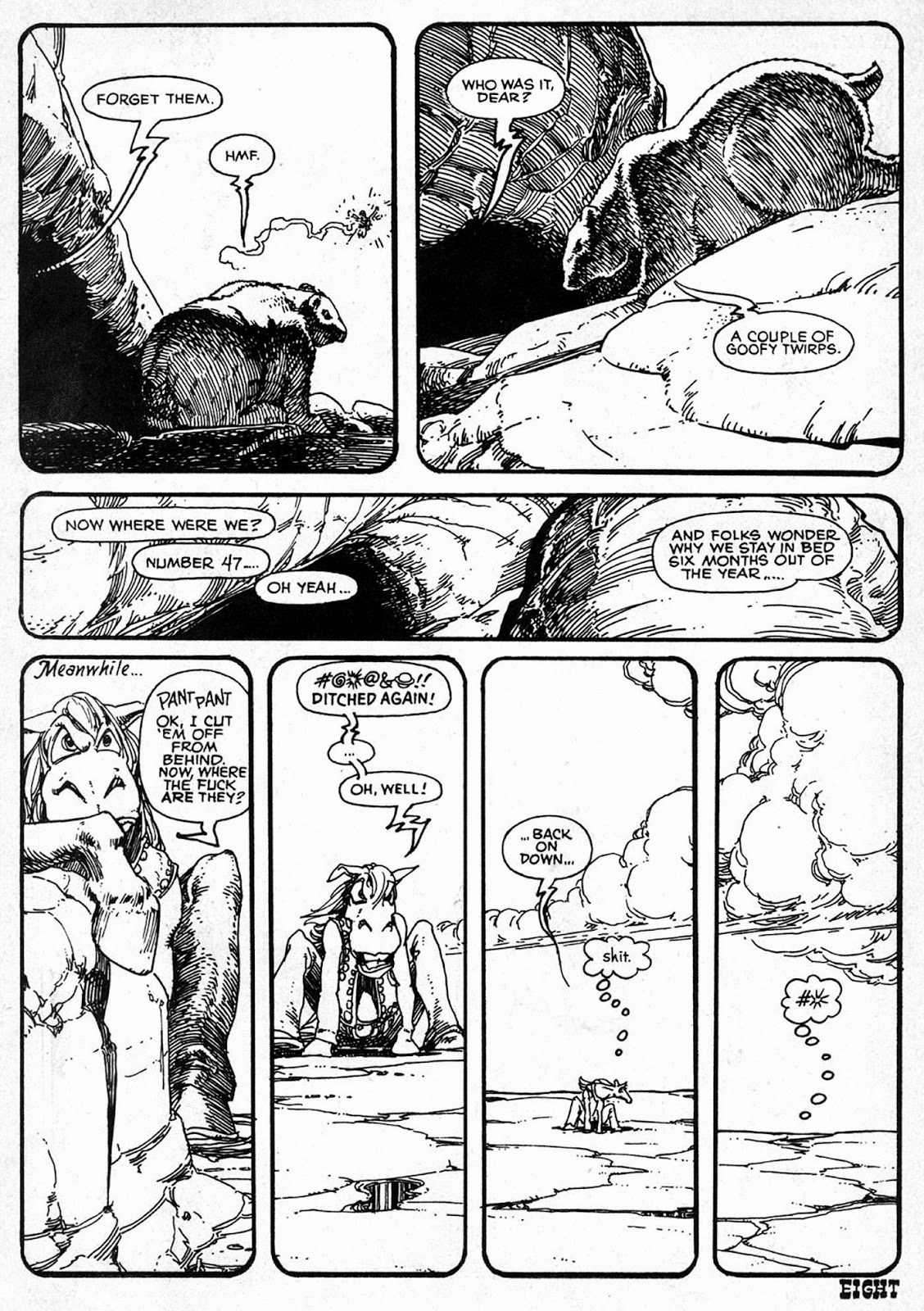 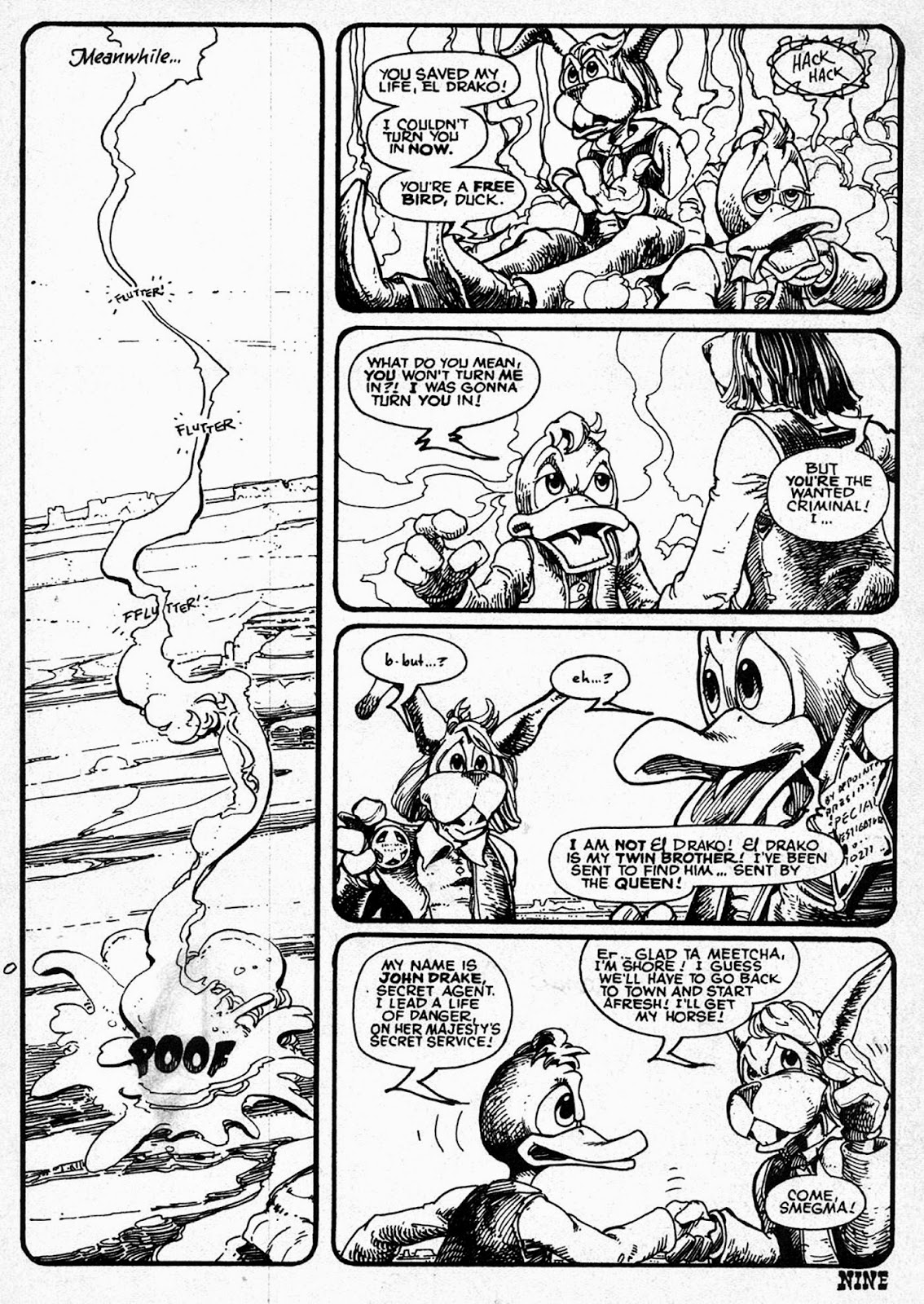 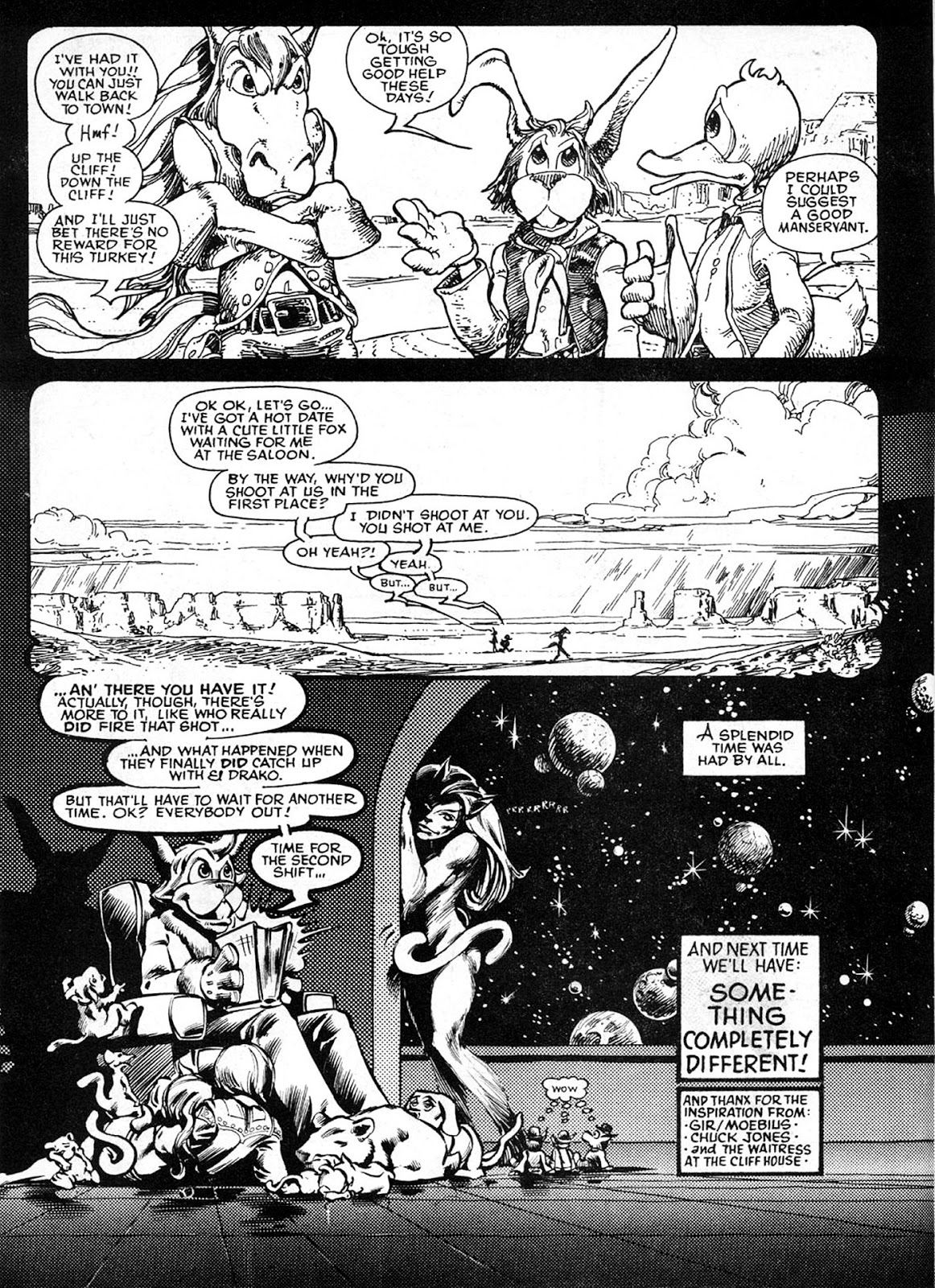