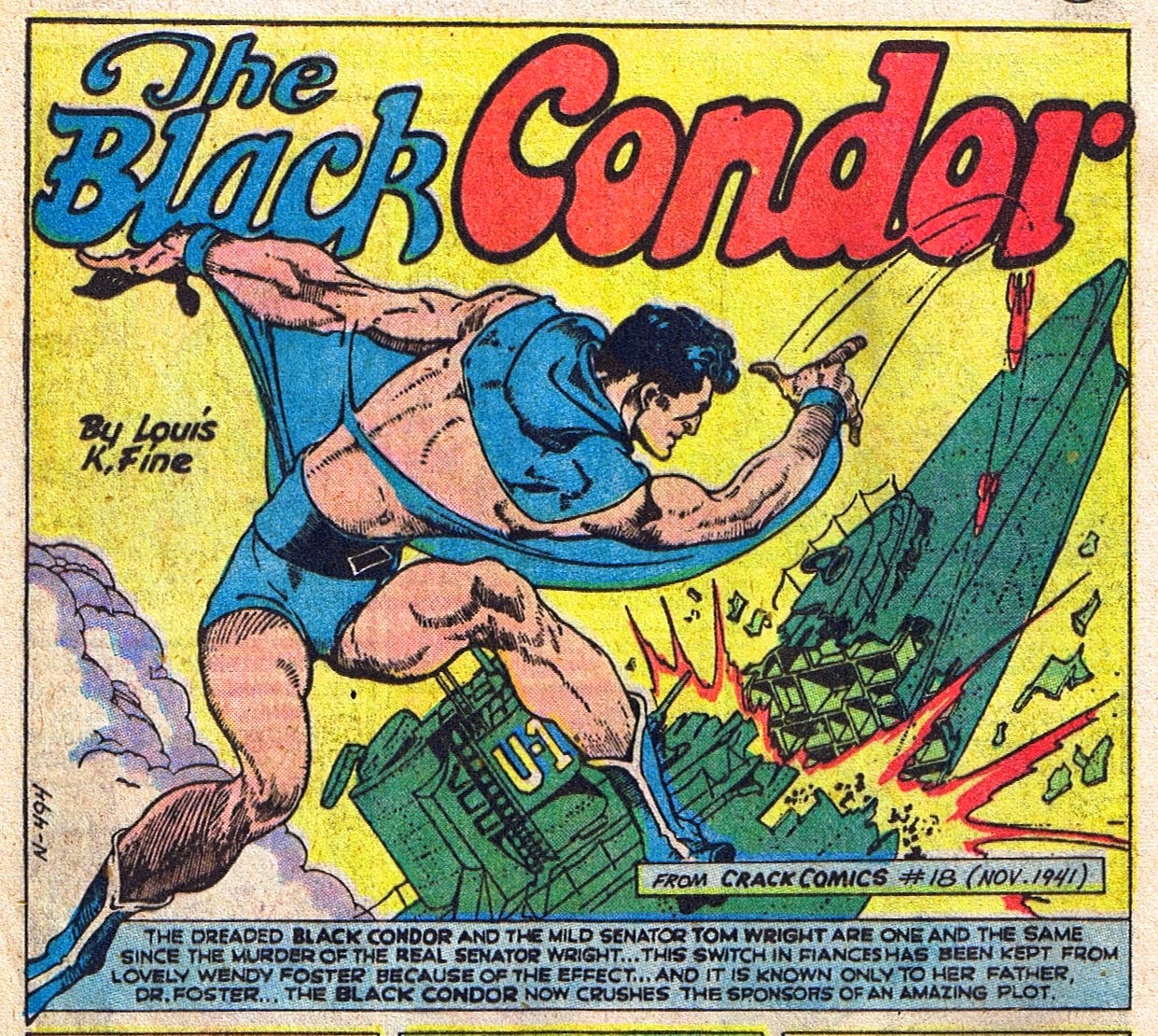 Here's some more of the wonderful Lou Fine, with one of his other Golden Age creations, The Black Condor ( first glimpsed, I think, by Bronze Age eyes in that great Len Wein / Dick Dillin JLA two-parter you can find elsewhere on this very blog ).
There's something fantastically dreamlike and hallucinatory about these stories, particularly the first one, that draws you in and won't let go. And of course, Lou's anatomy work is second to none. Only Gil Kane was as good at the human body in motion, and he was practically a disciple of Fine's.
There's also something spooky and mysterious about The Condor himself, what with his secret identity being a double fake, as he pretends to be a dead senator but actually having been raised a feral boy by a flock of Condor's.
Plus his costume is a fetishist's wet dream, and won't be making it into the movies any time soon.
Hey, it was The Golden Age. If it didn't make sense, everybody was working too fast to care. 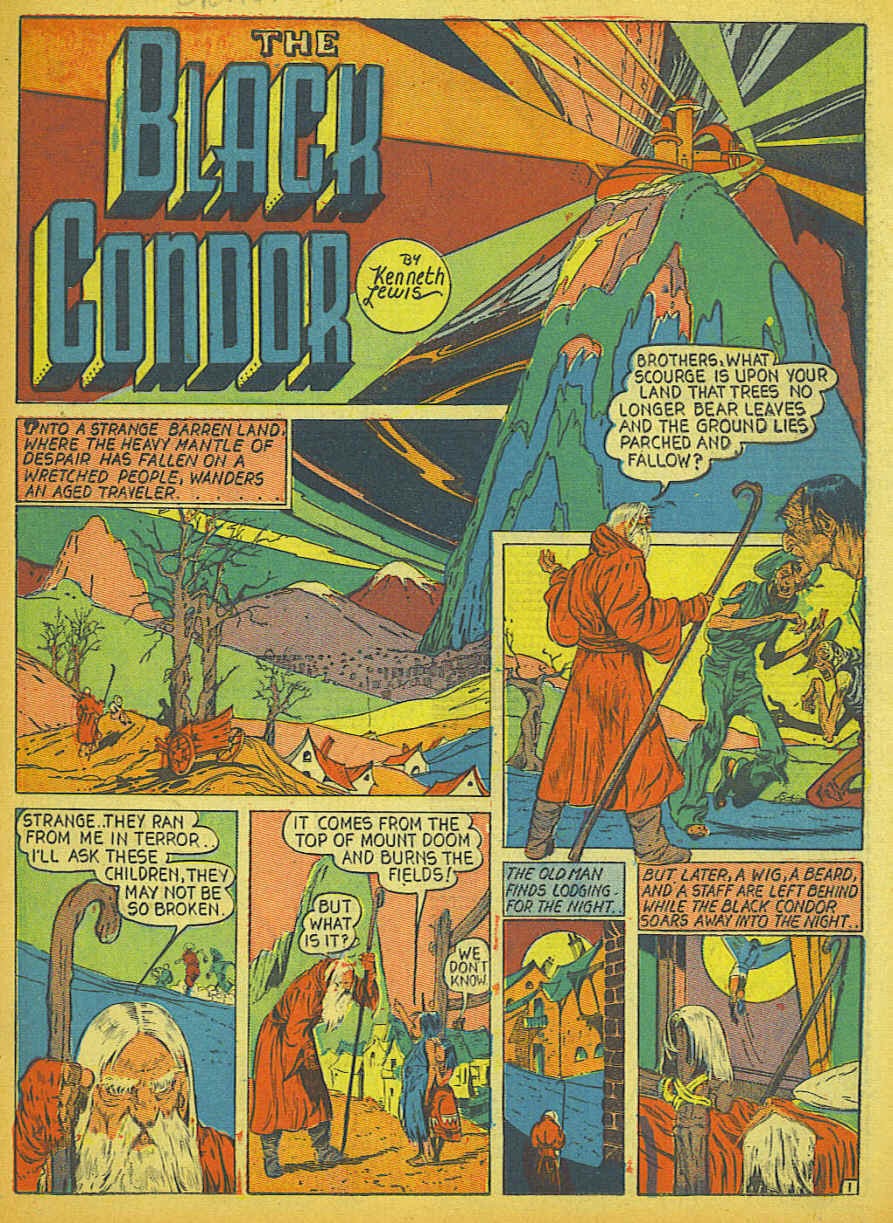 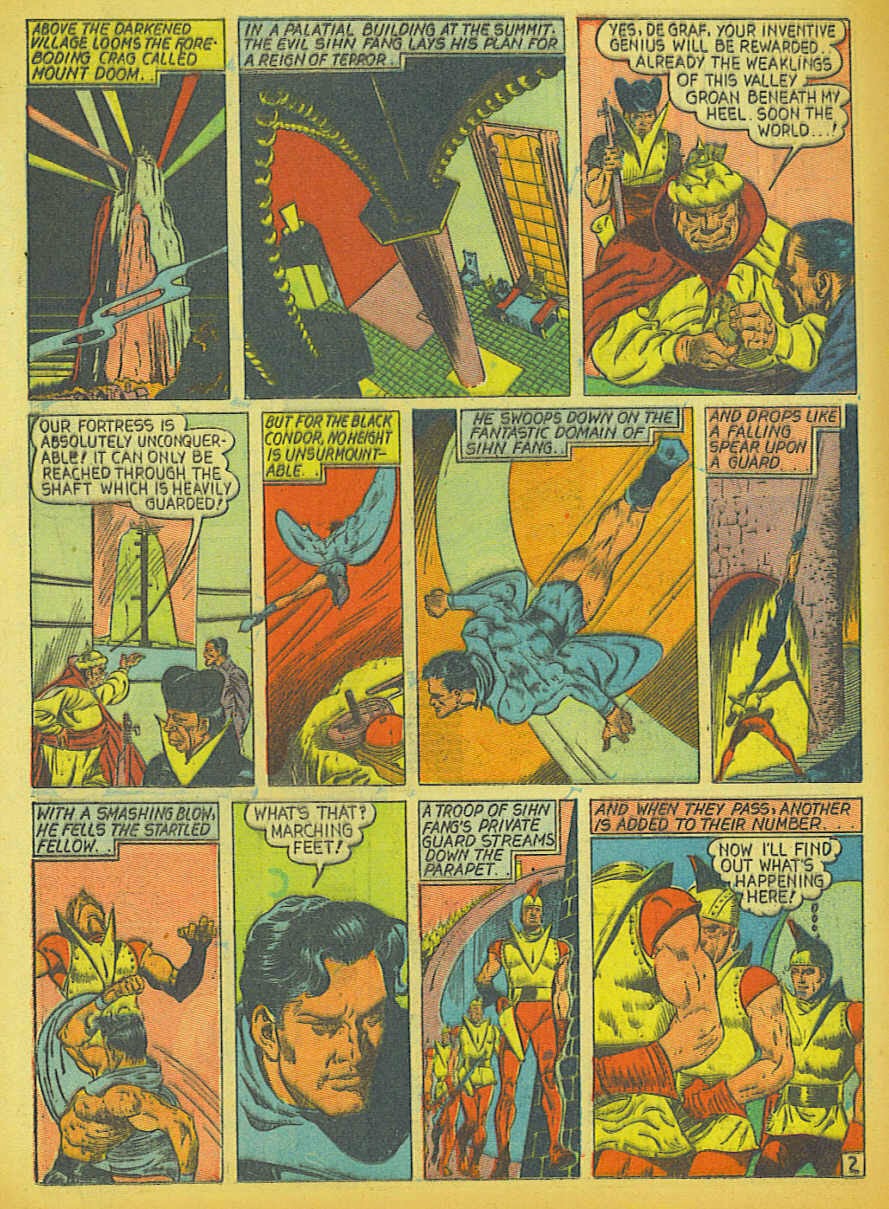 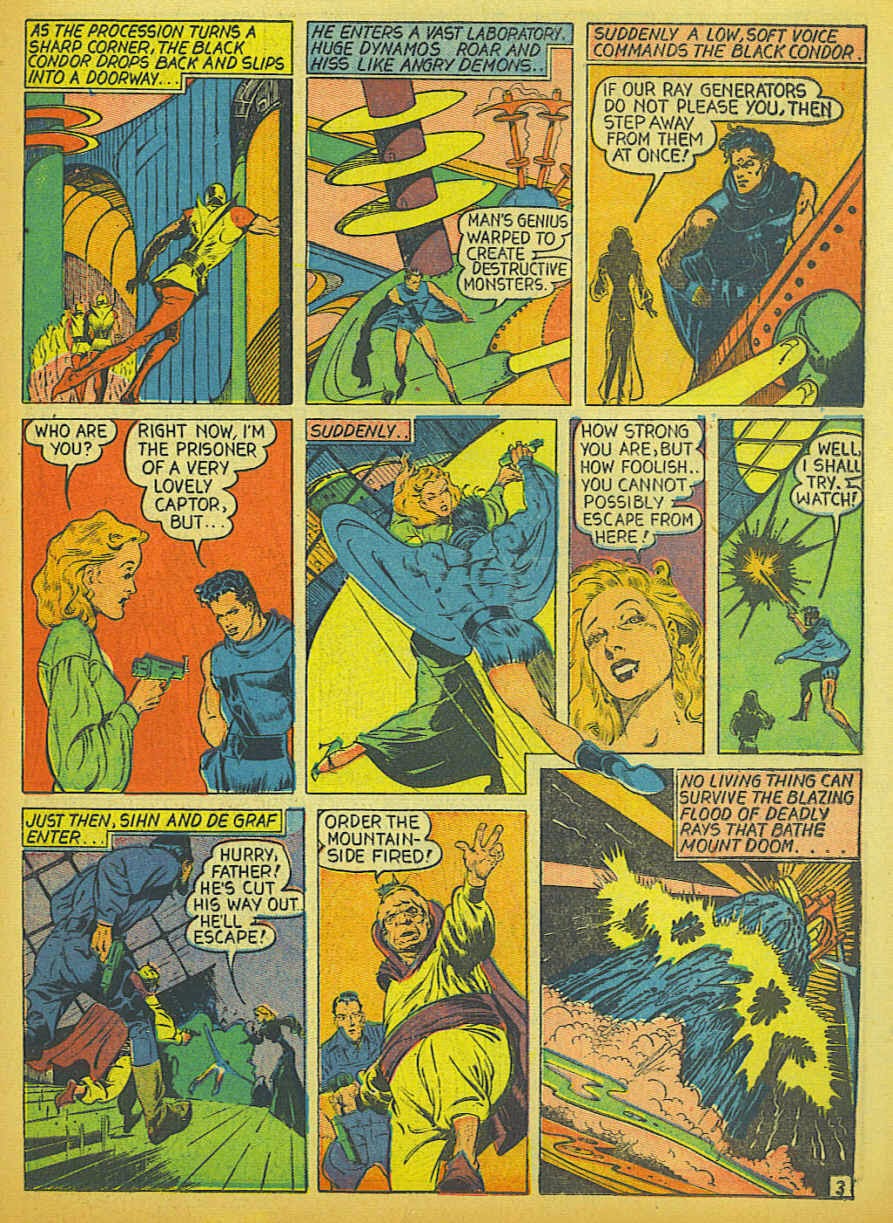 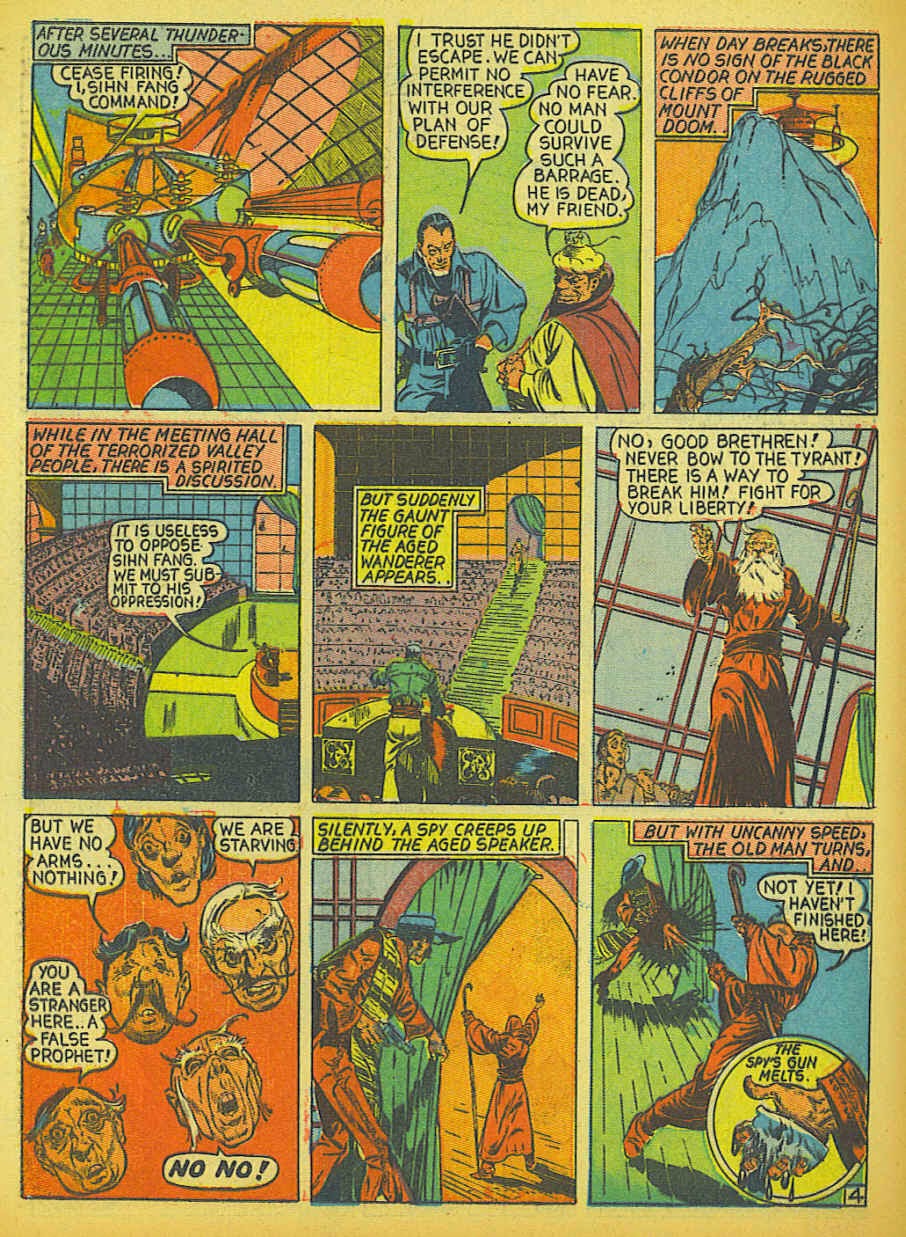 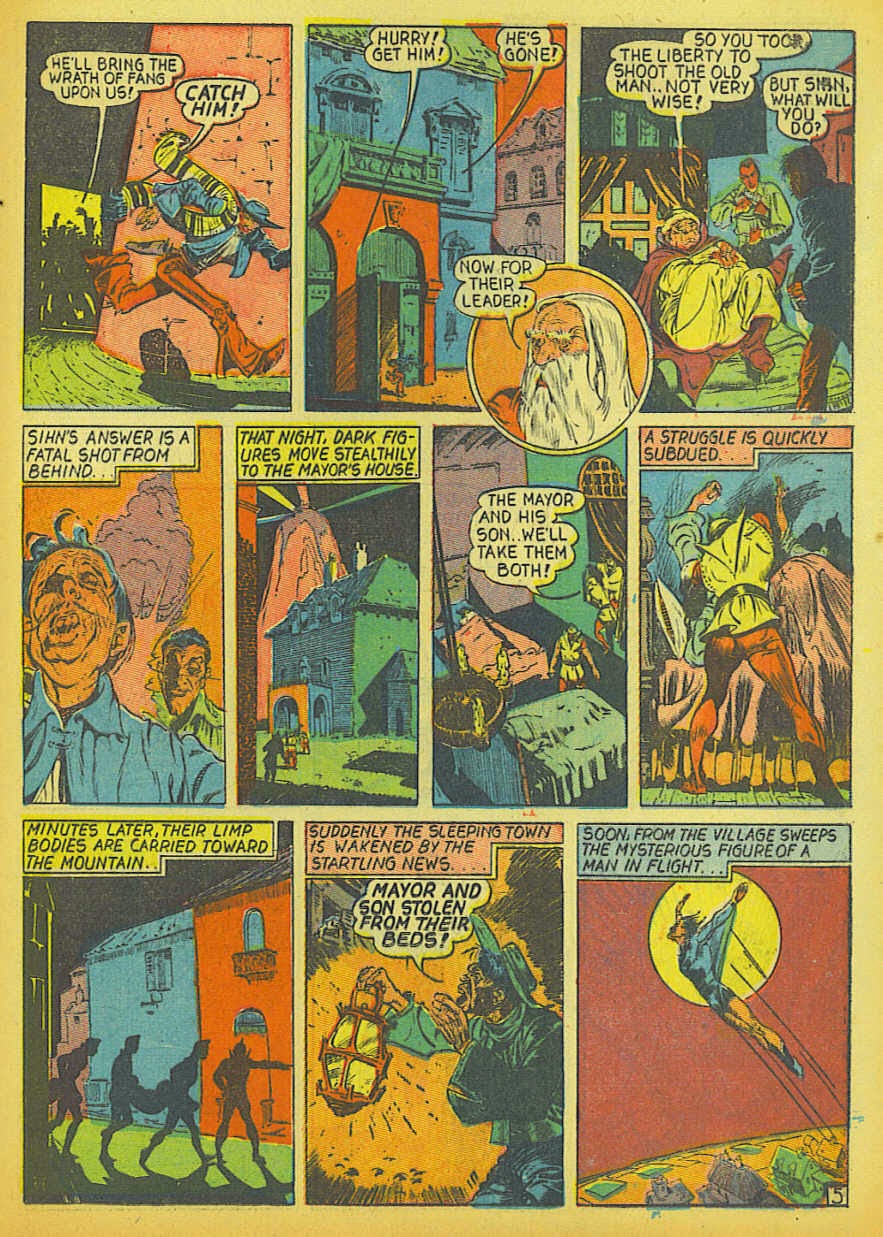 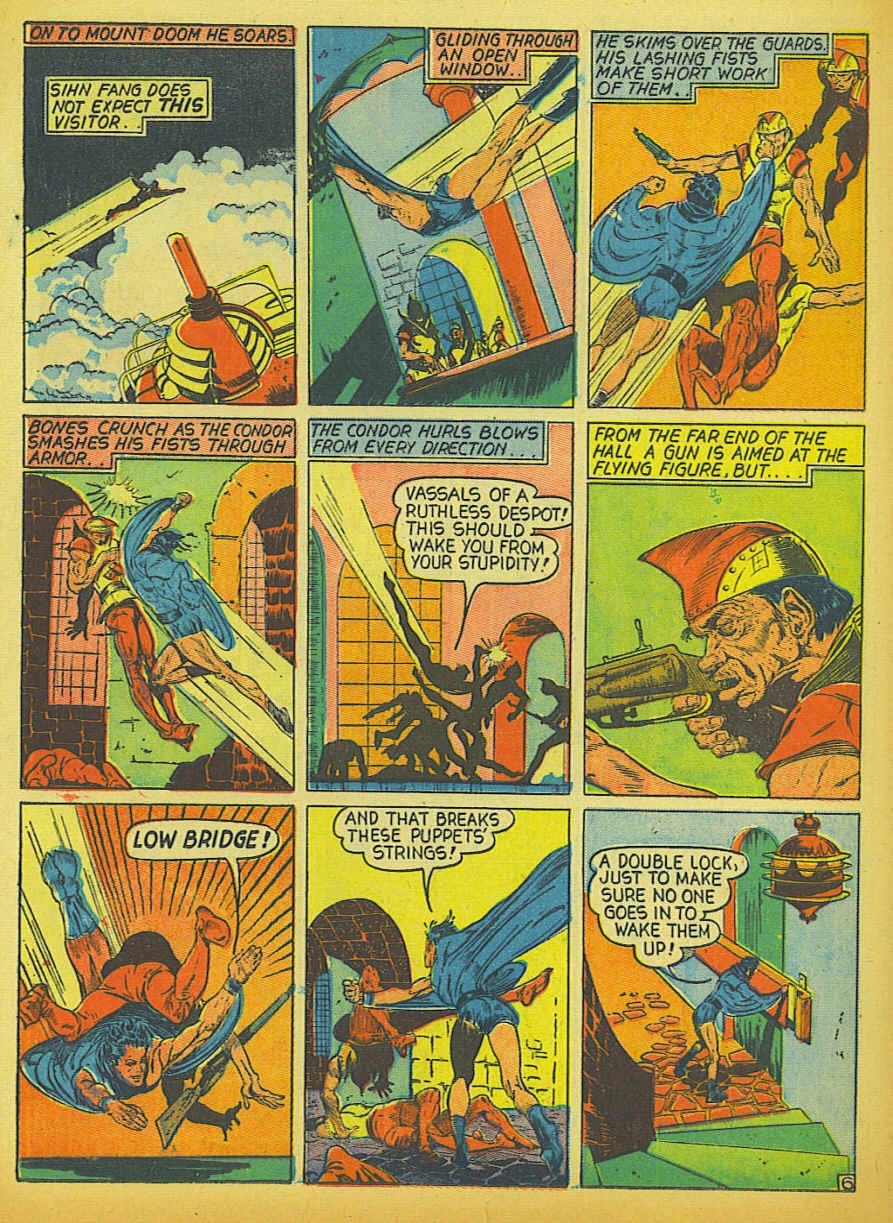 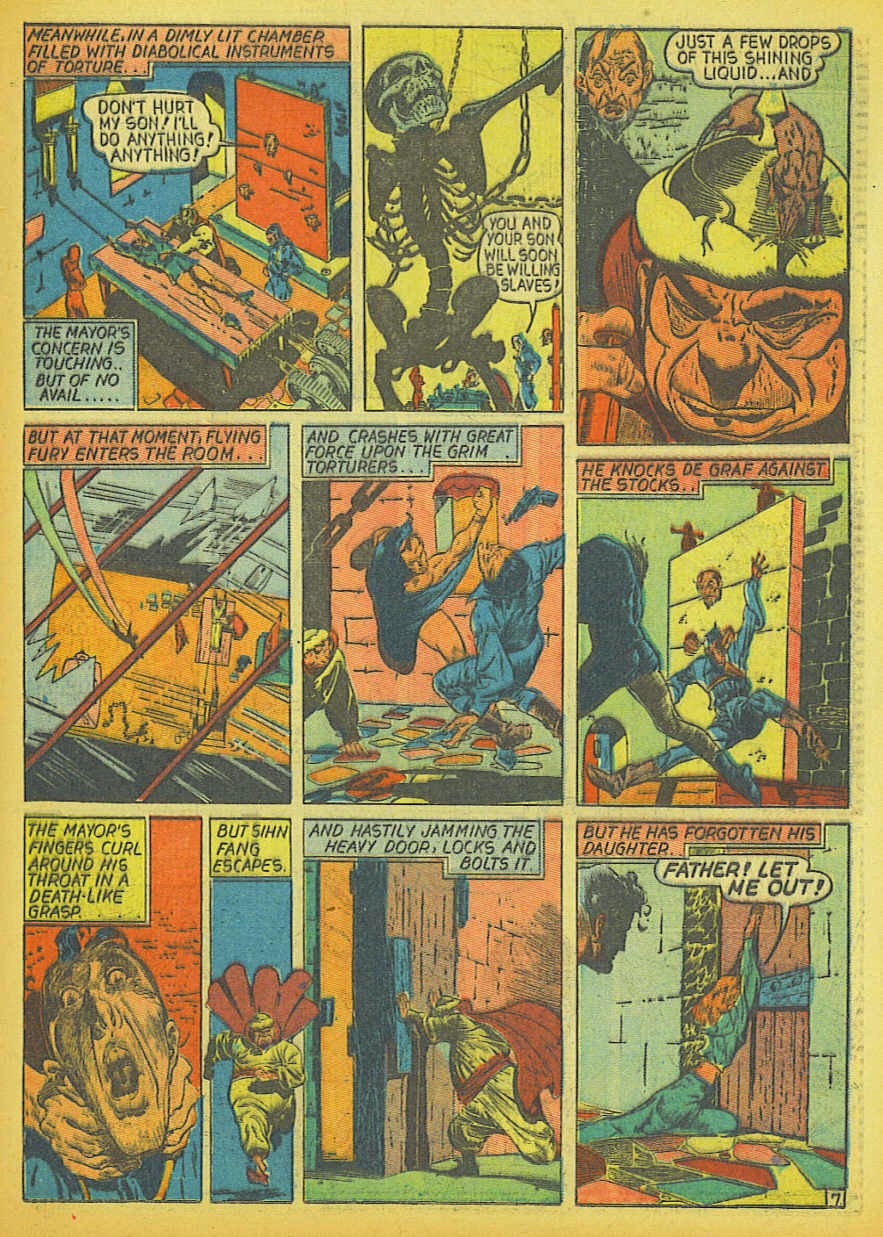 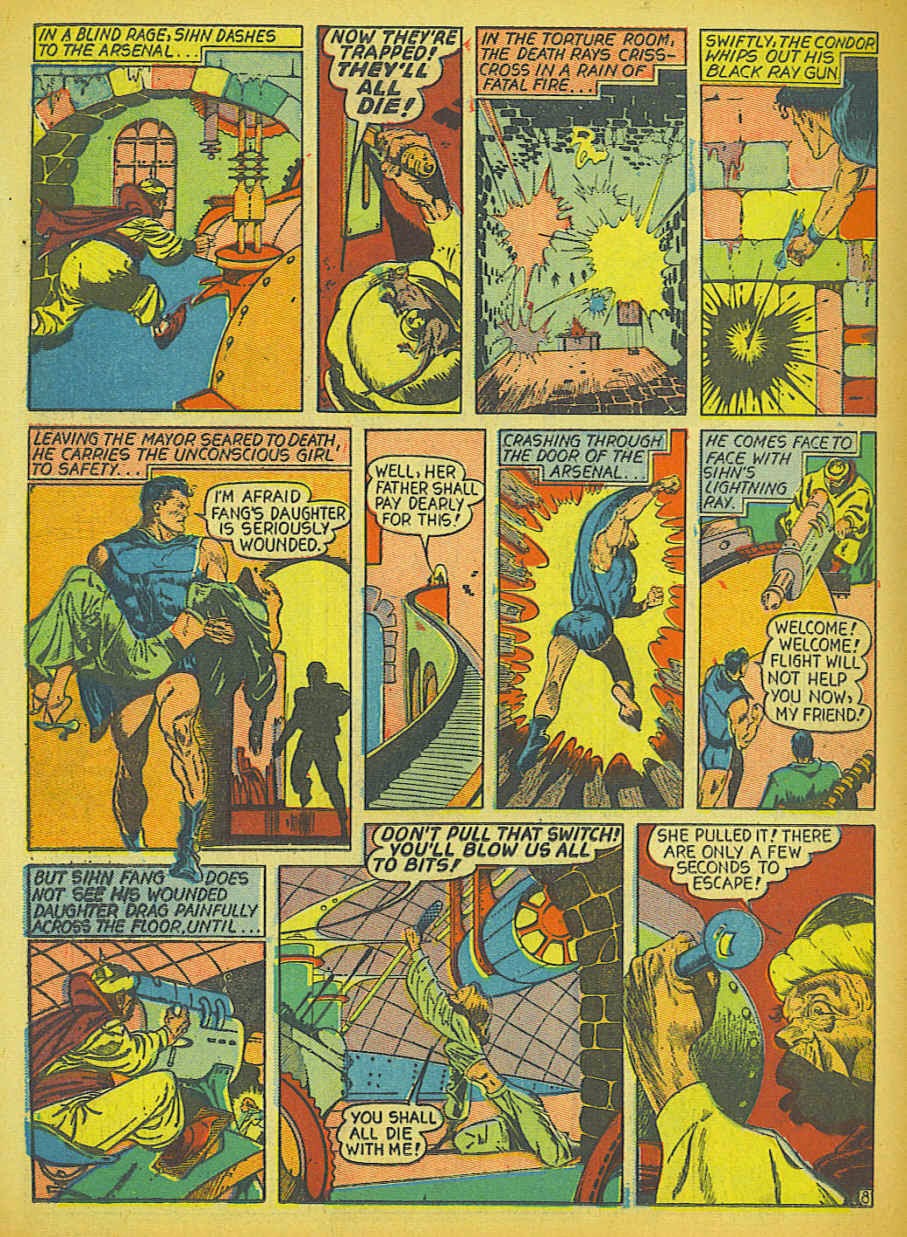 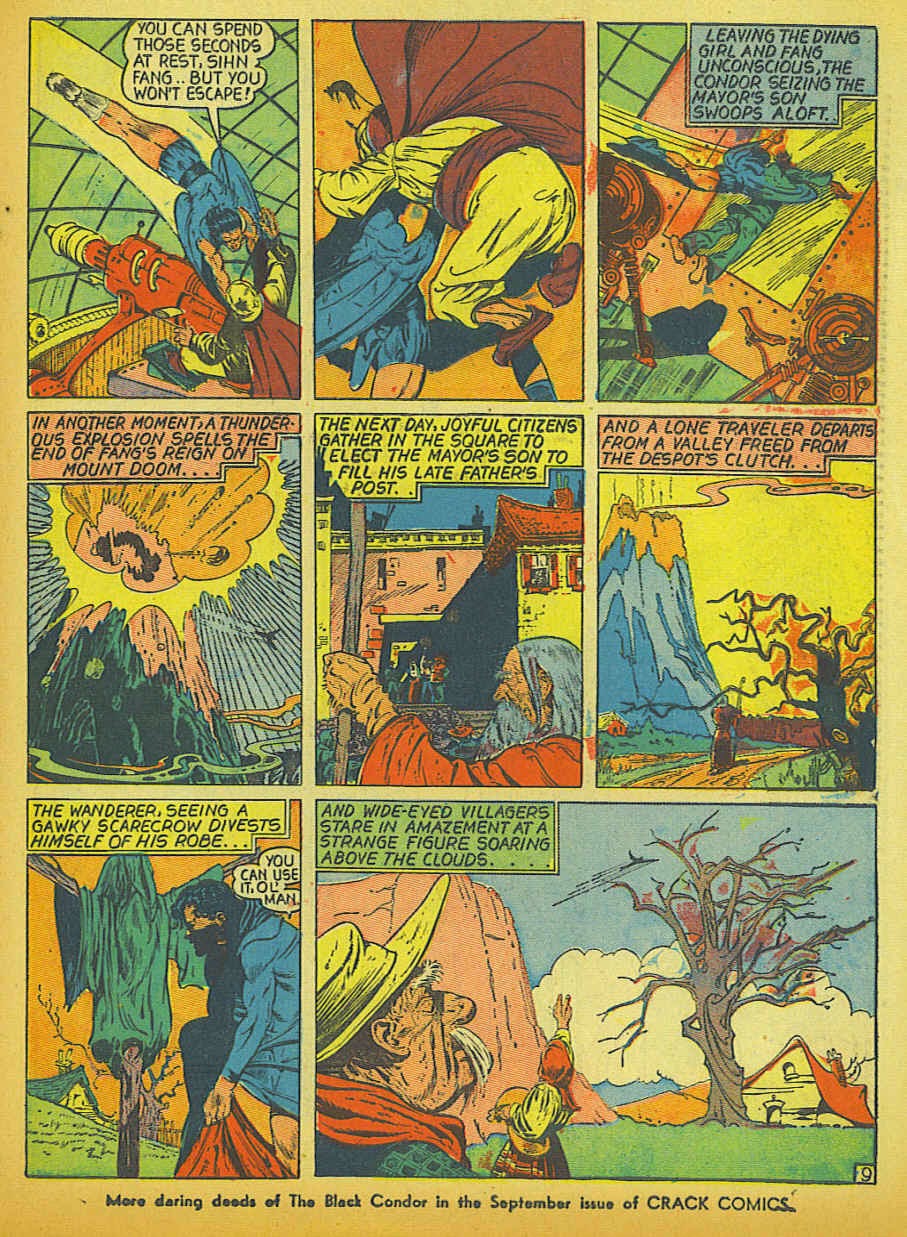 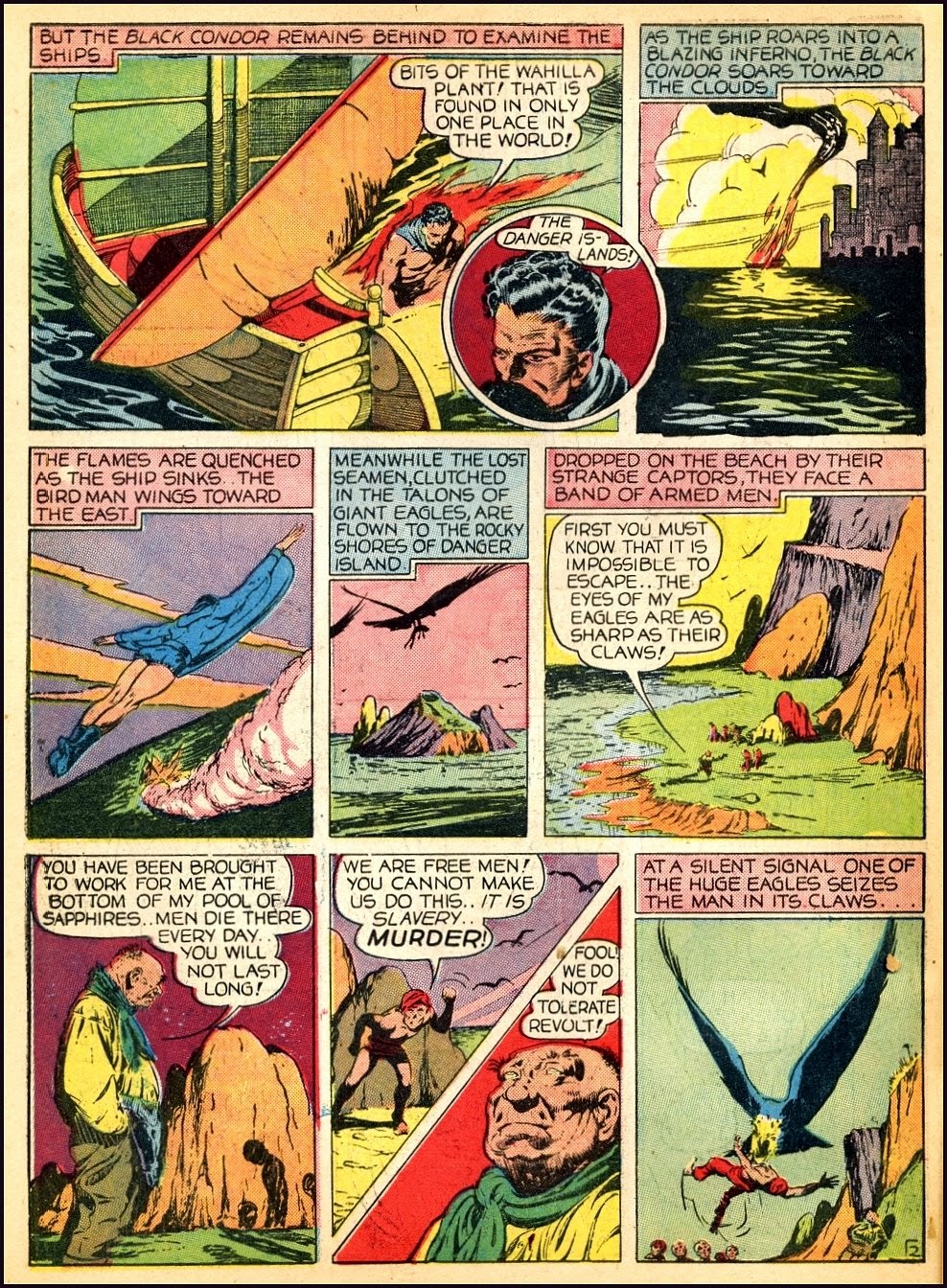 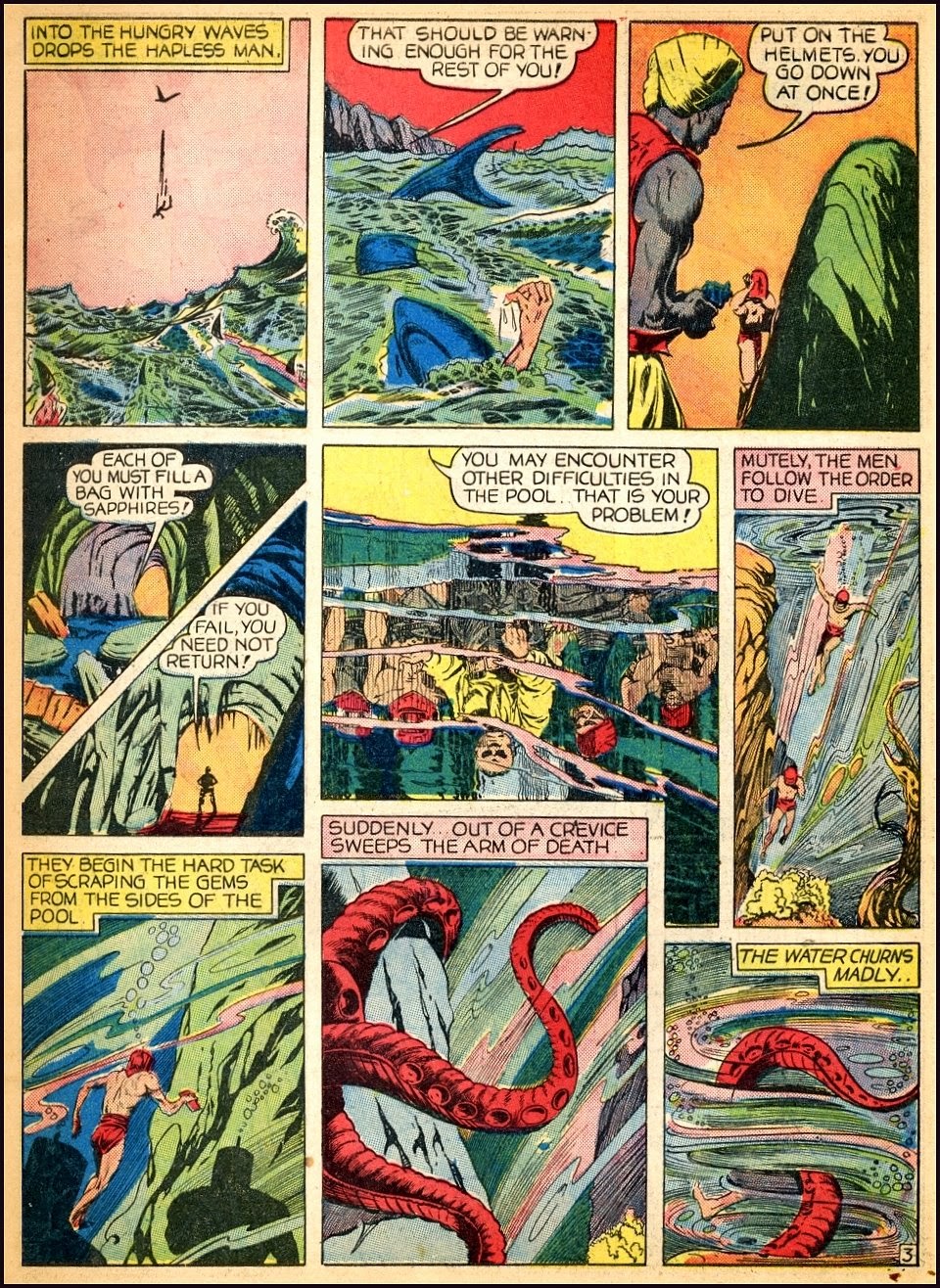 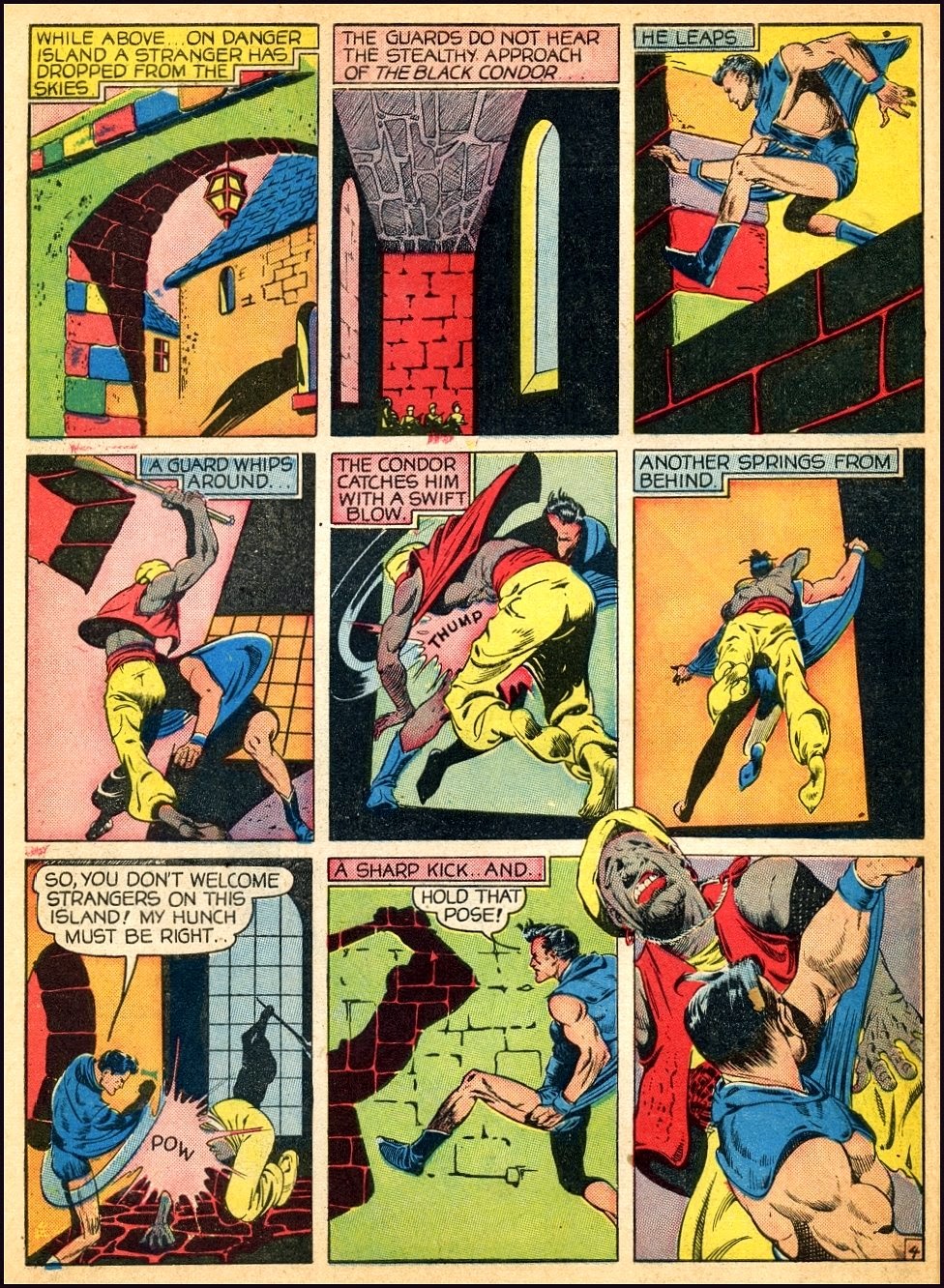 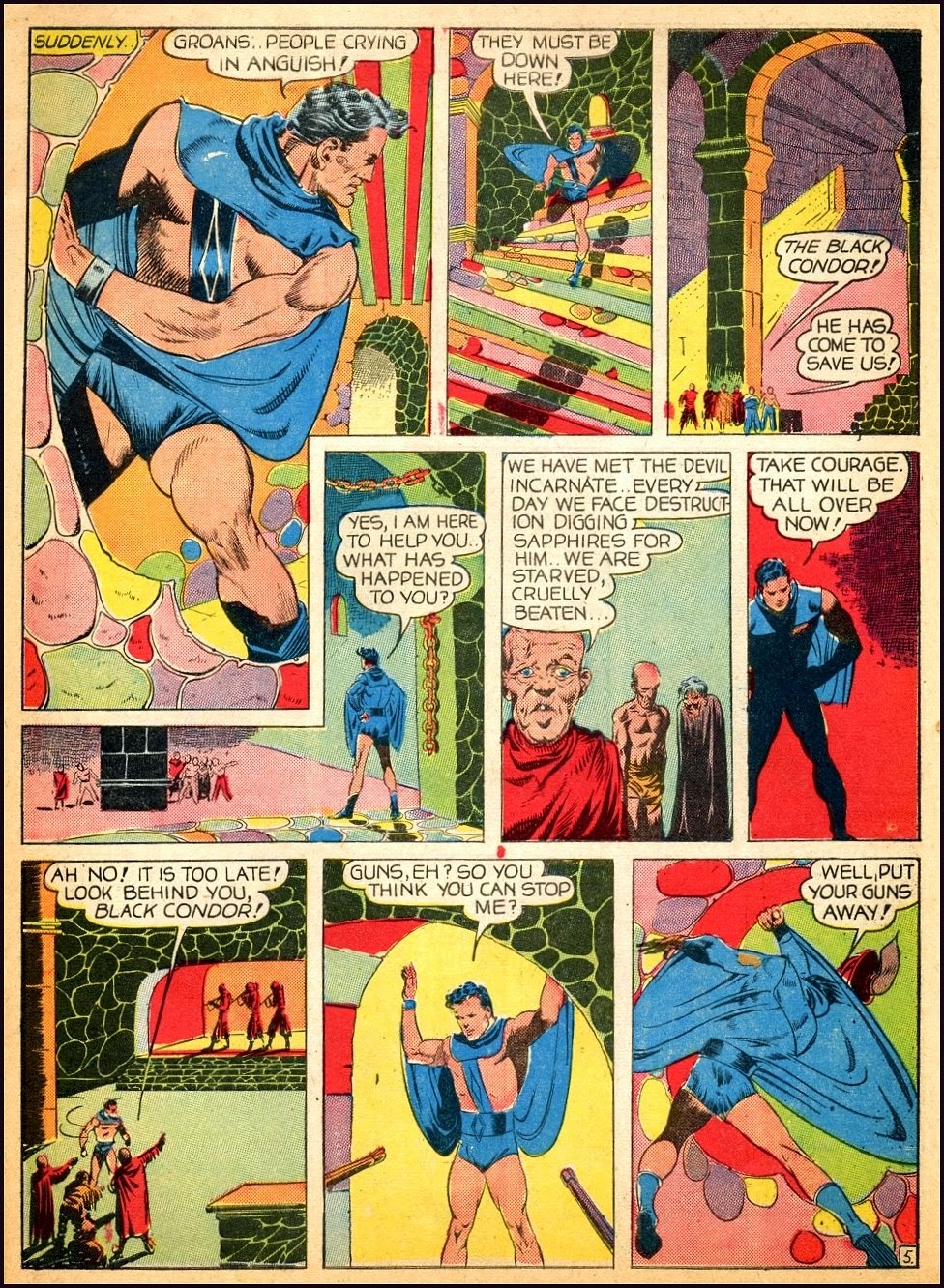 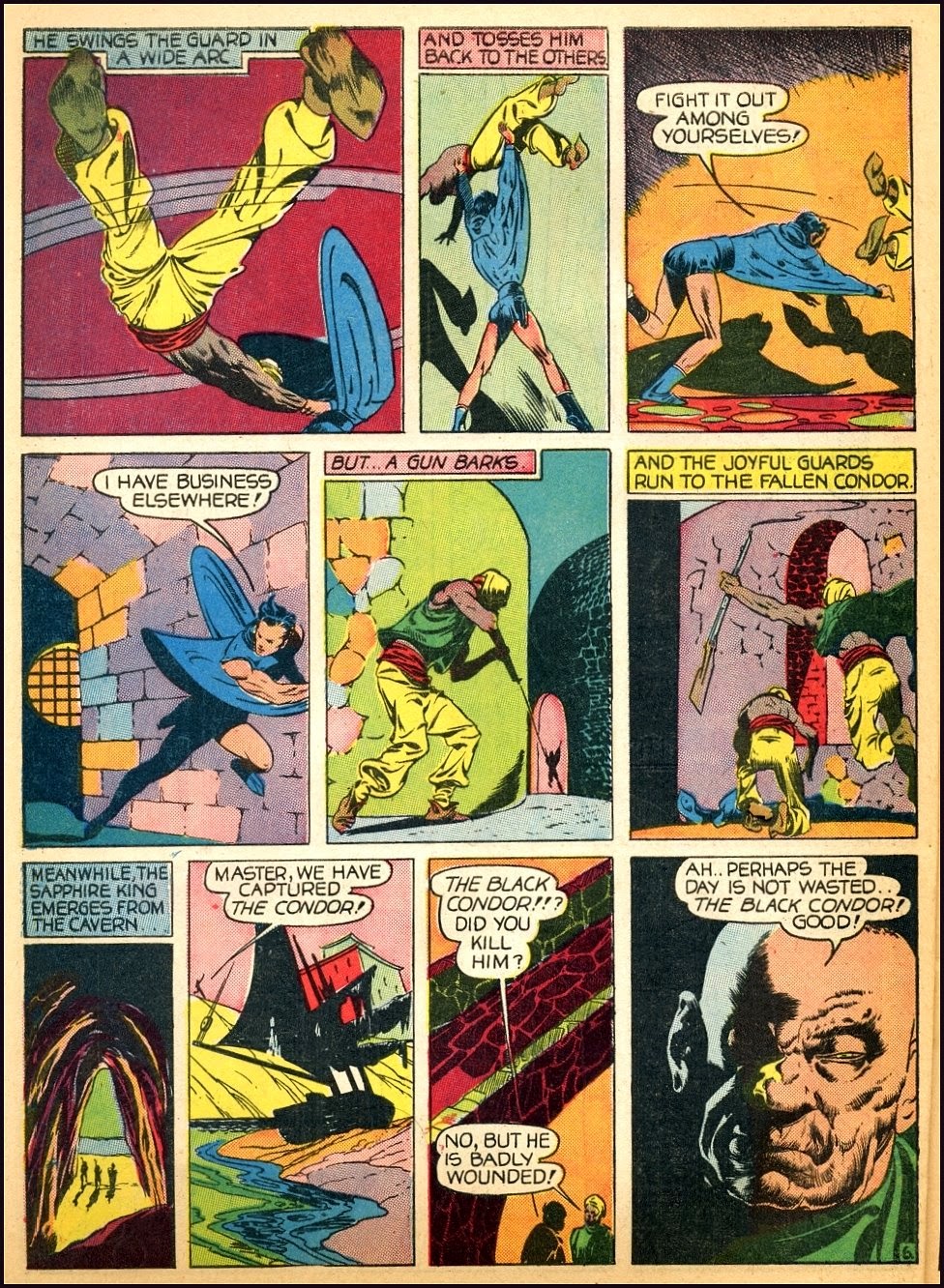 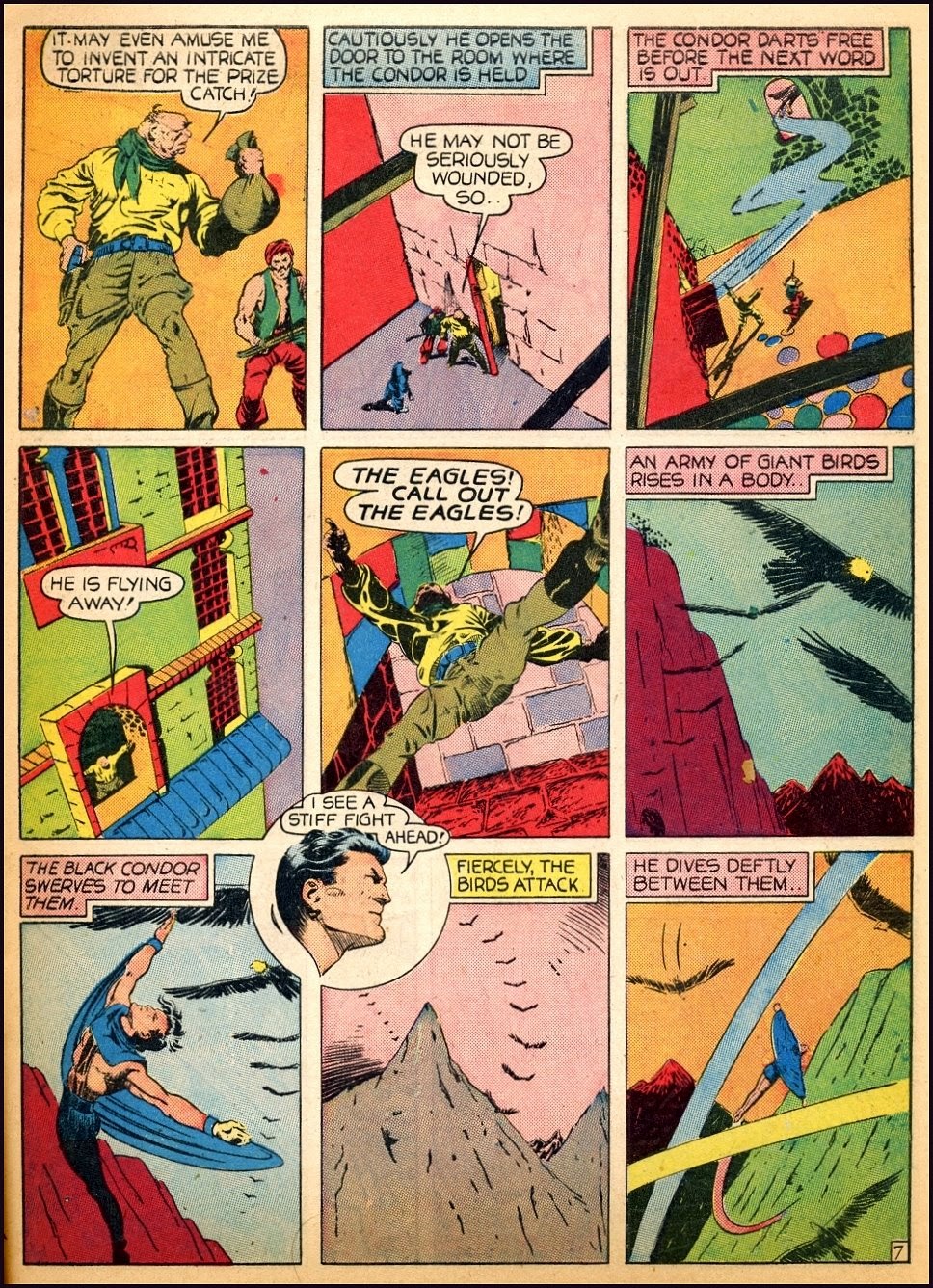 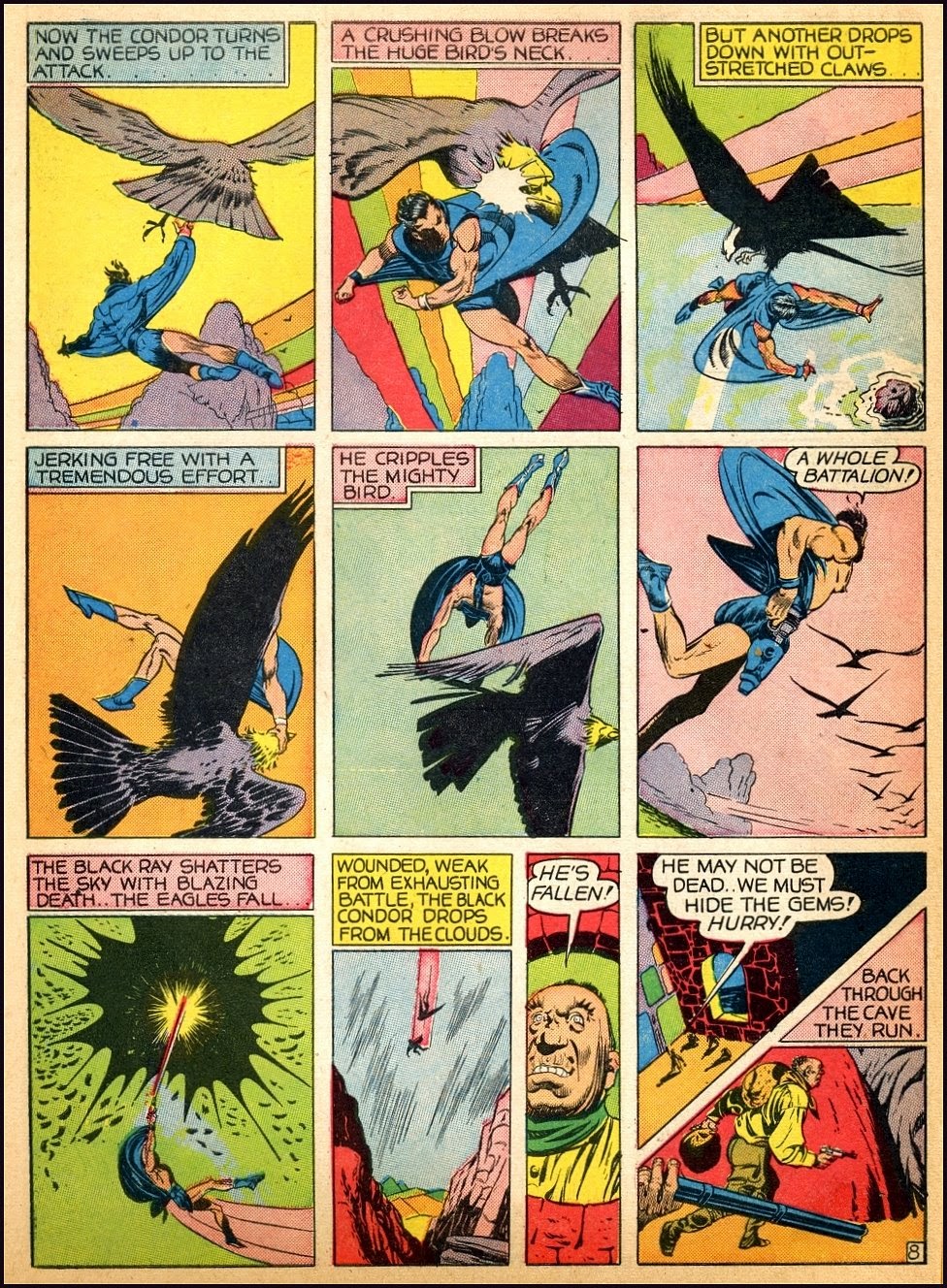 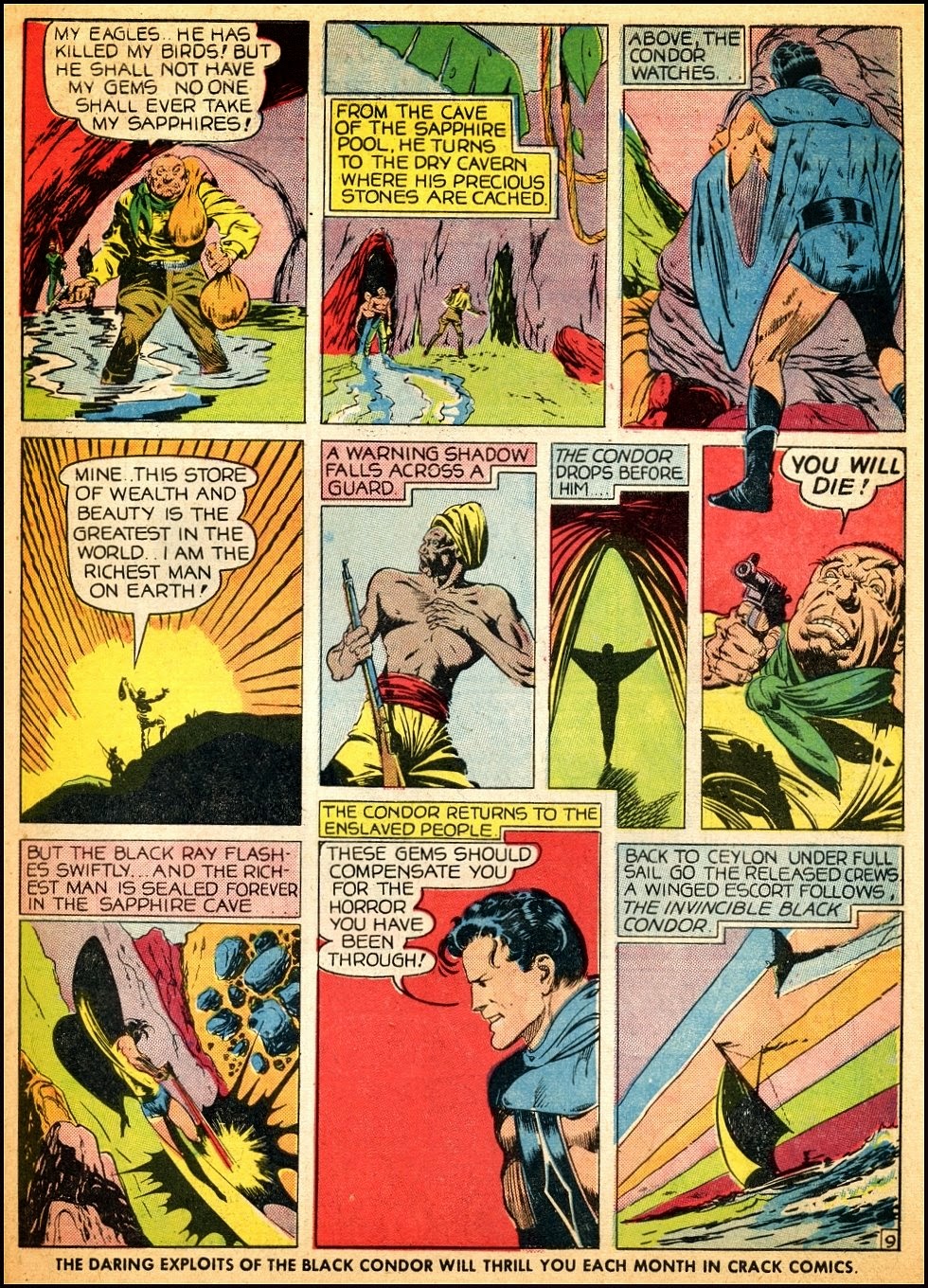 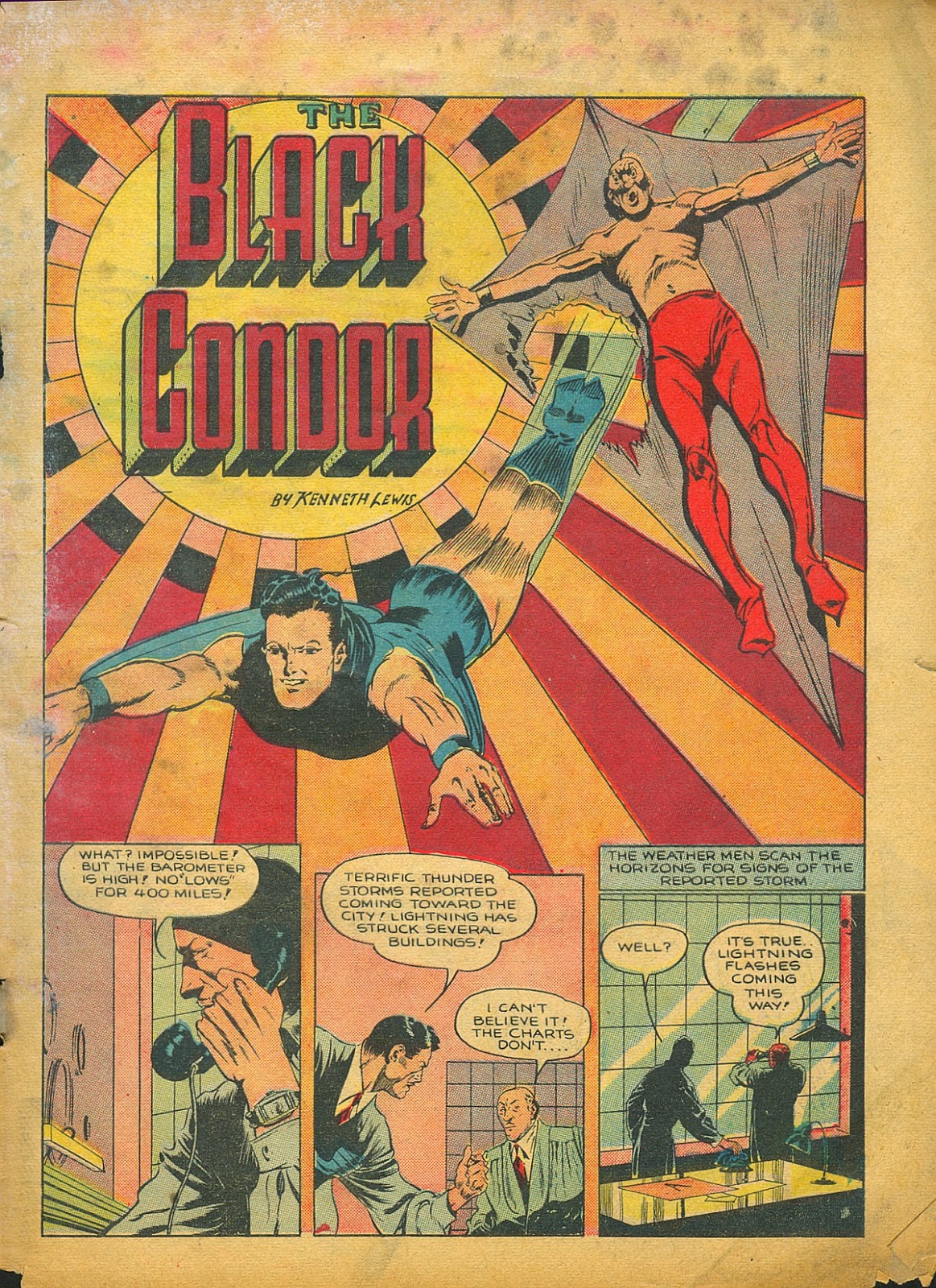 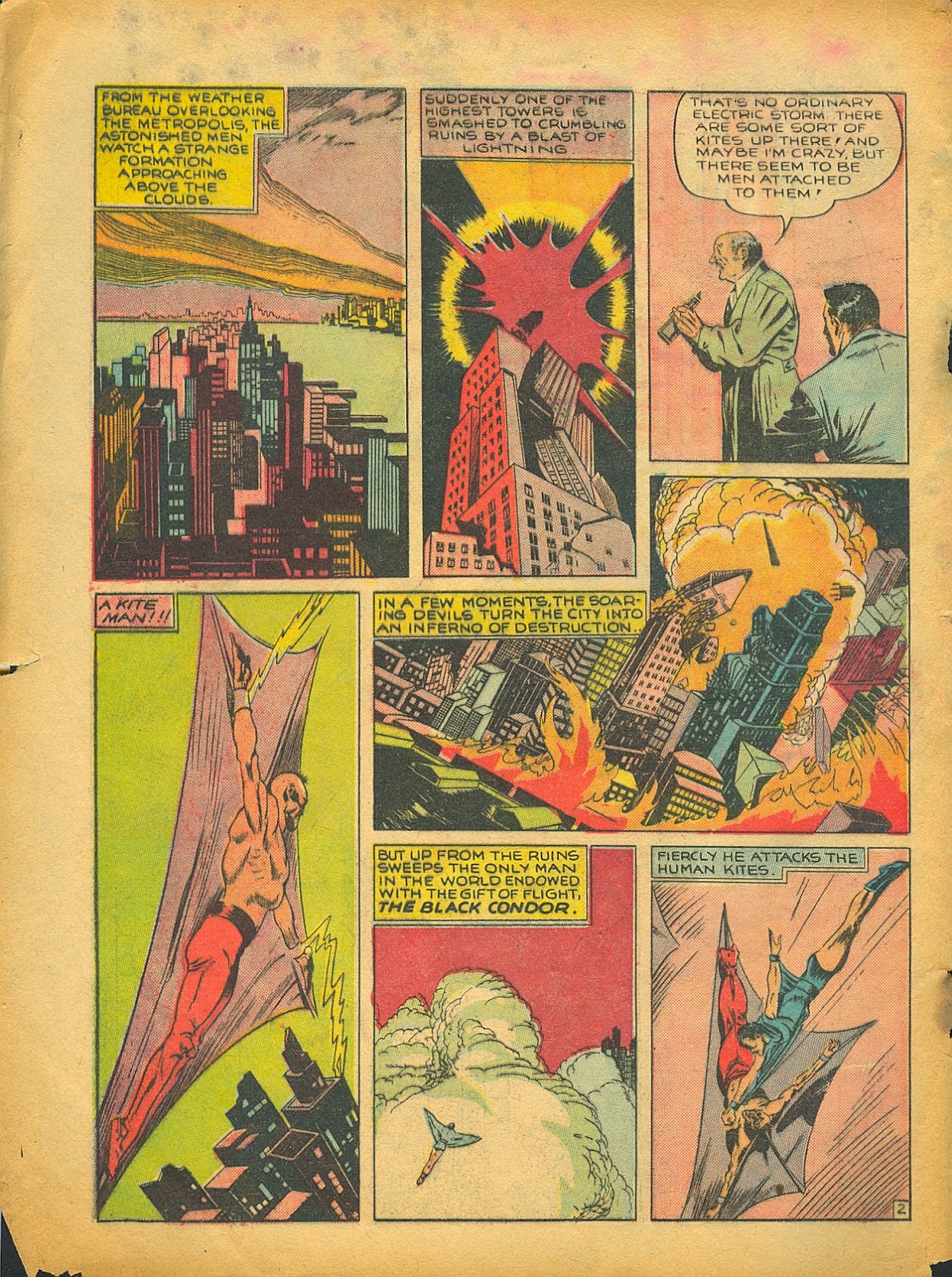 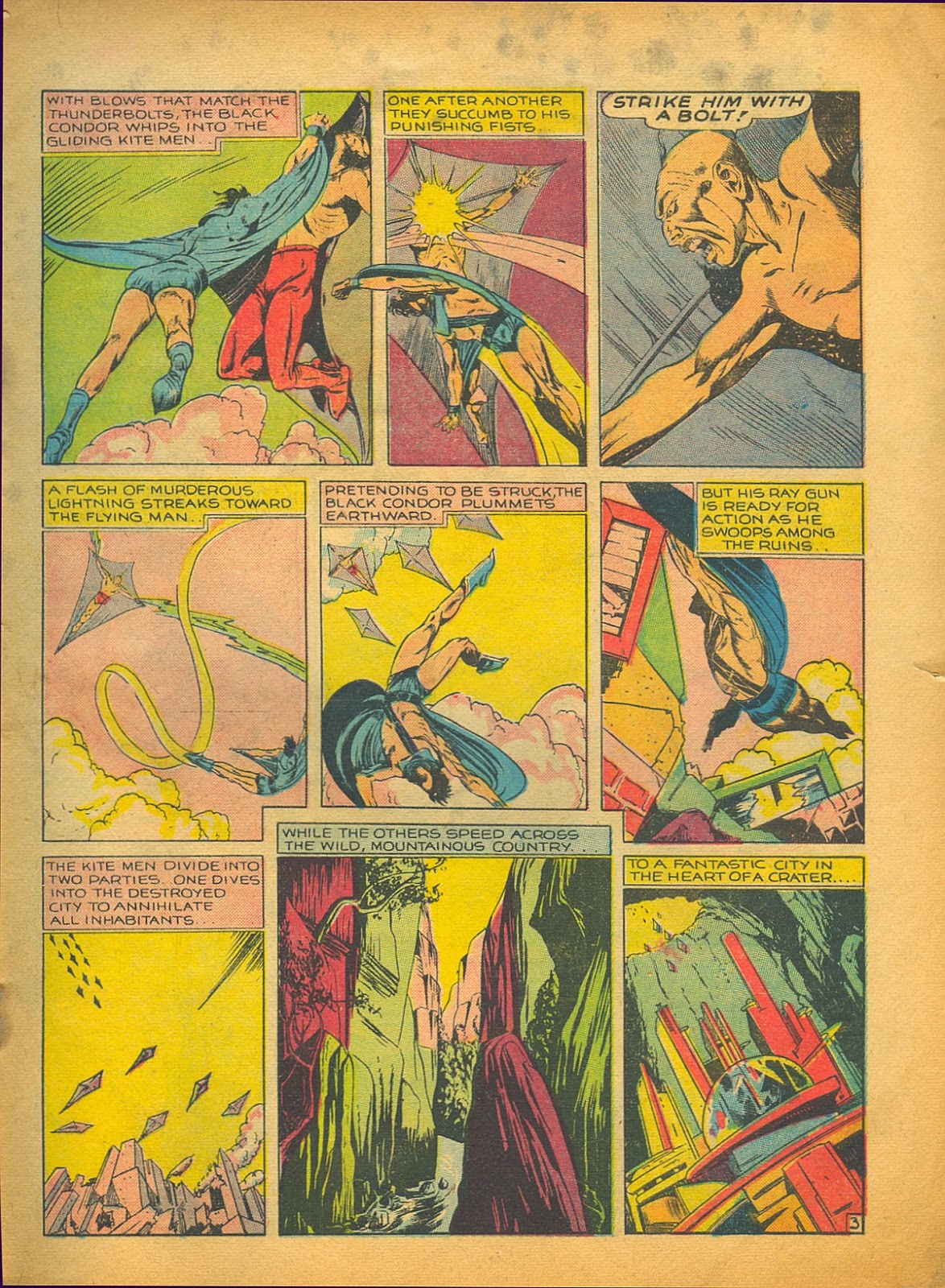 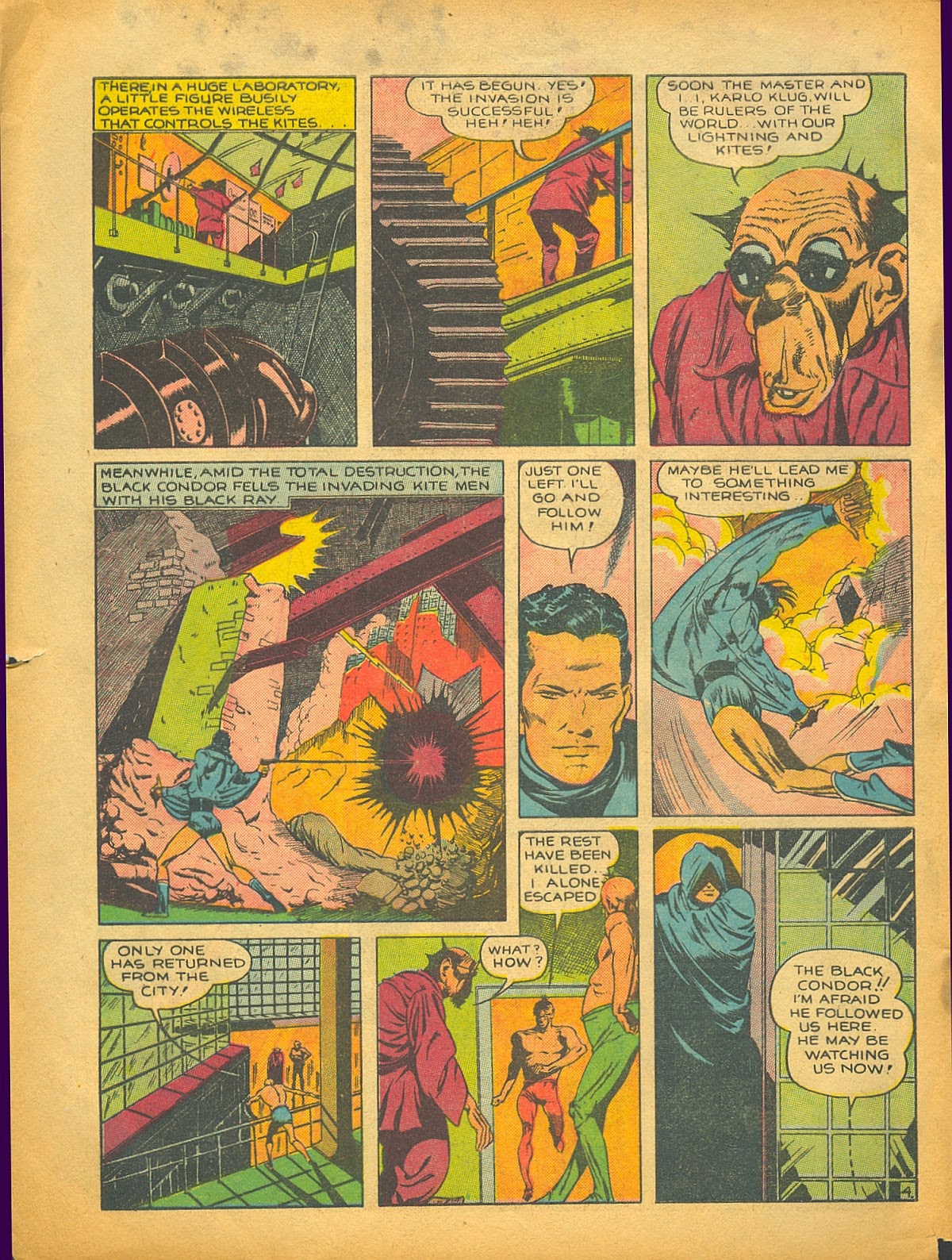 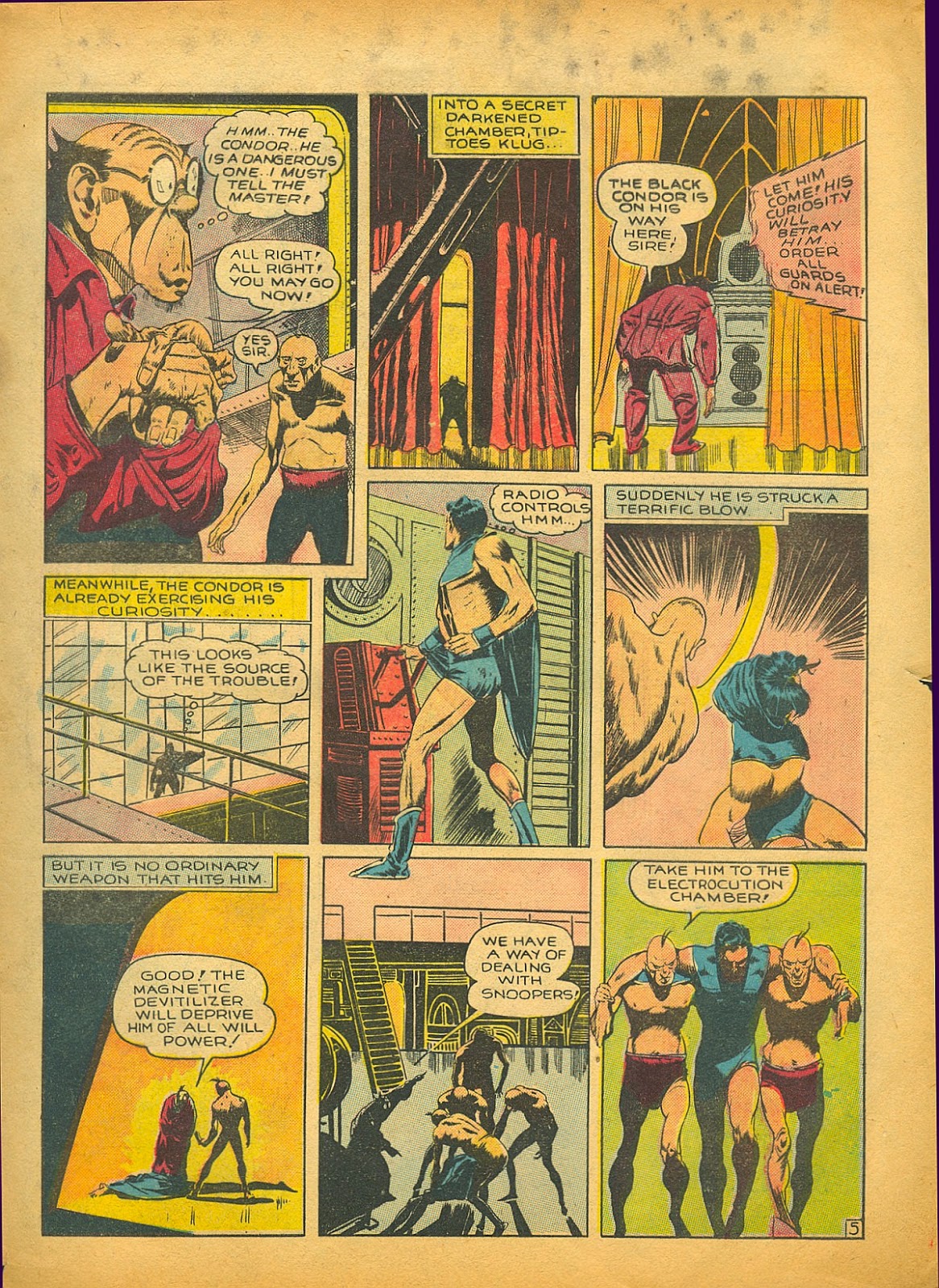 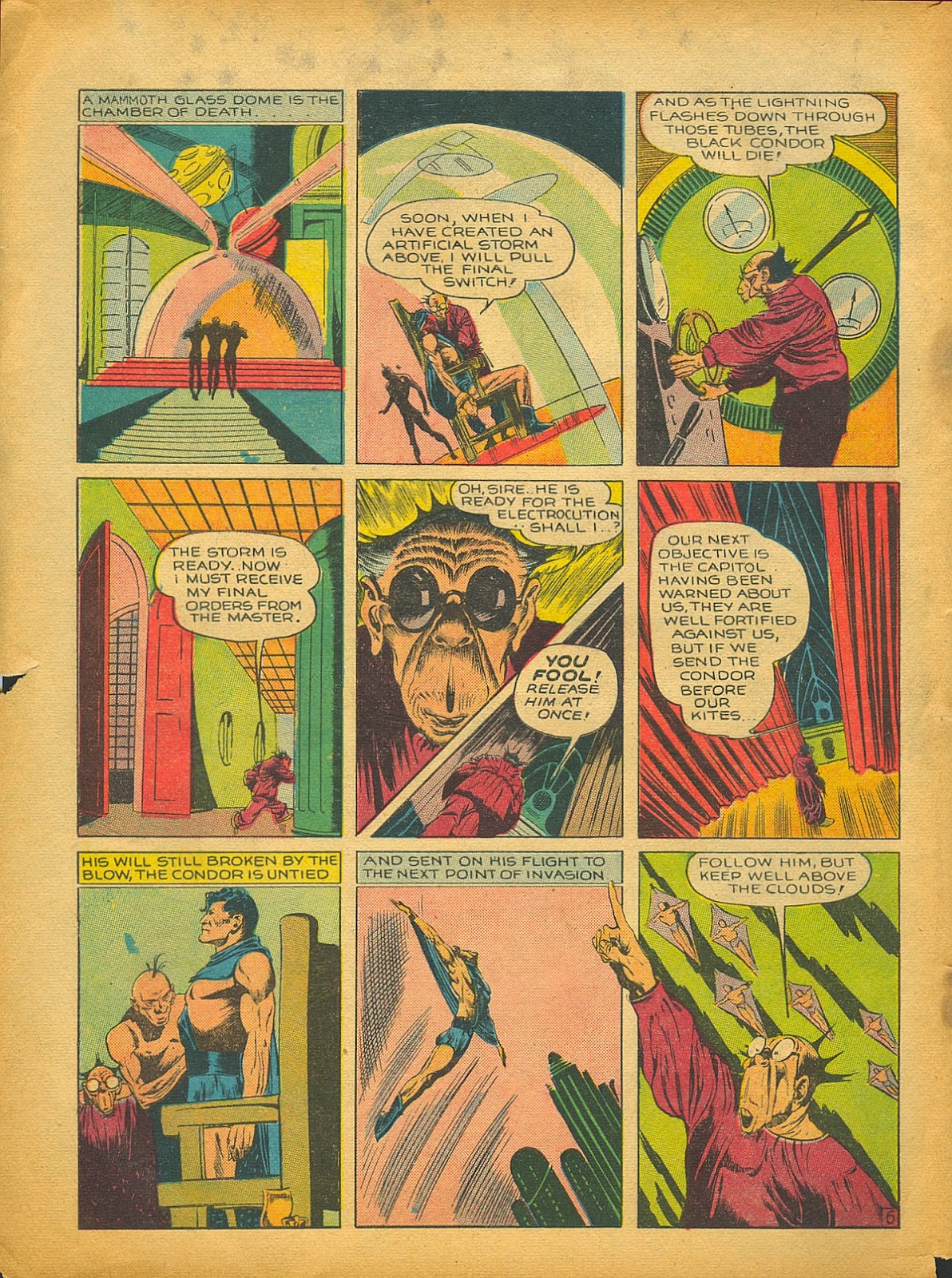 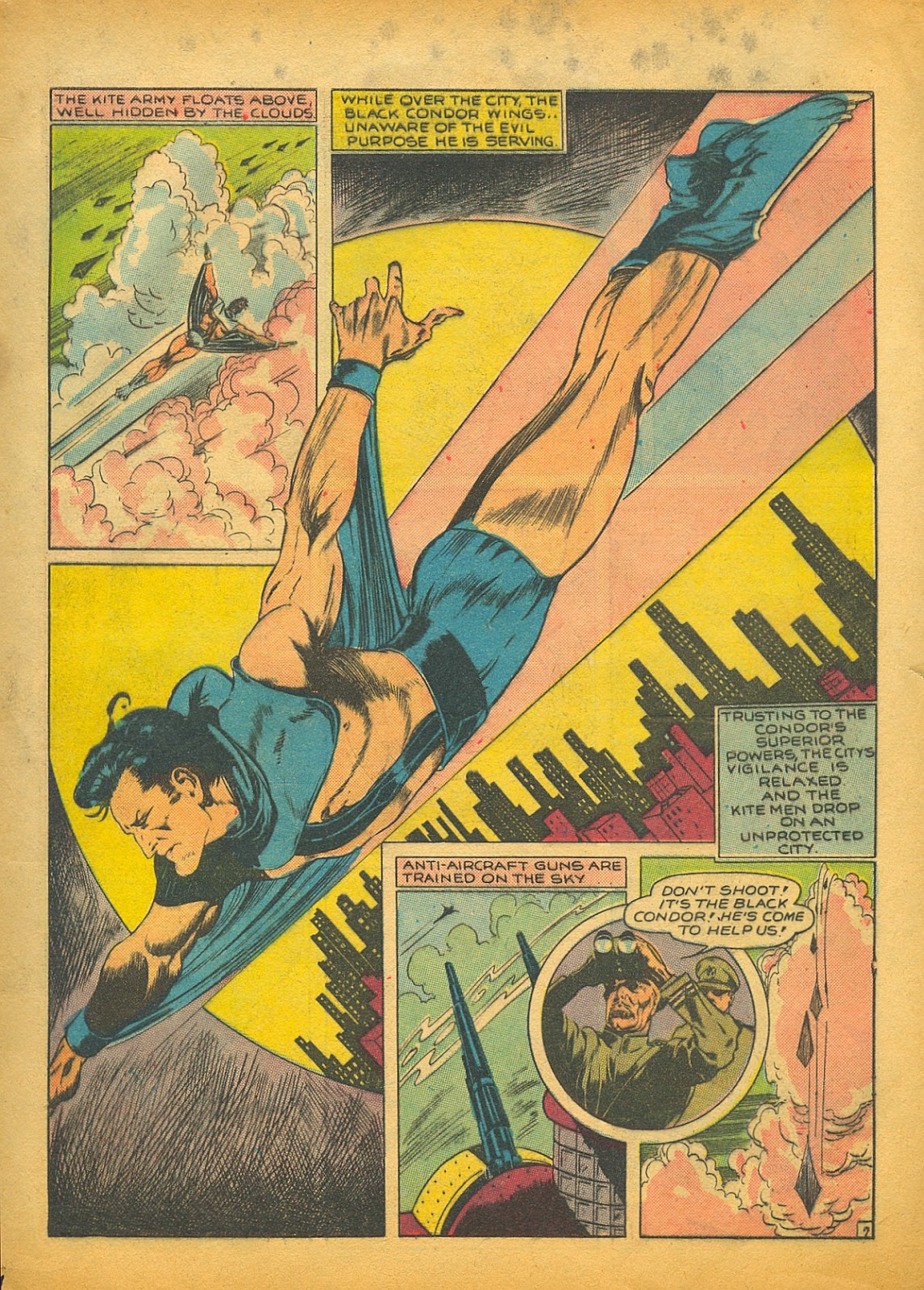 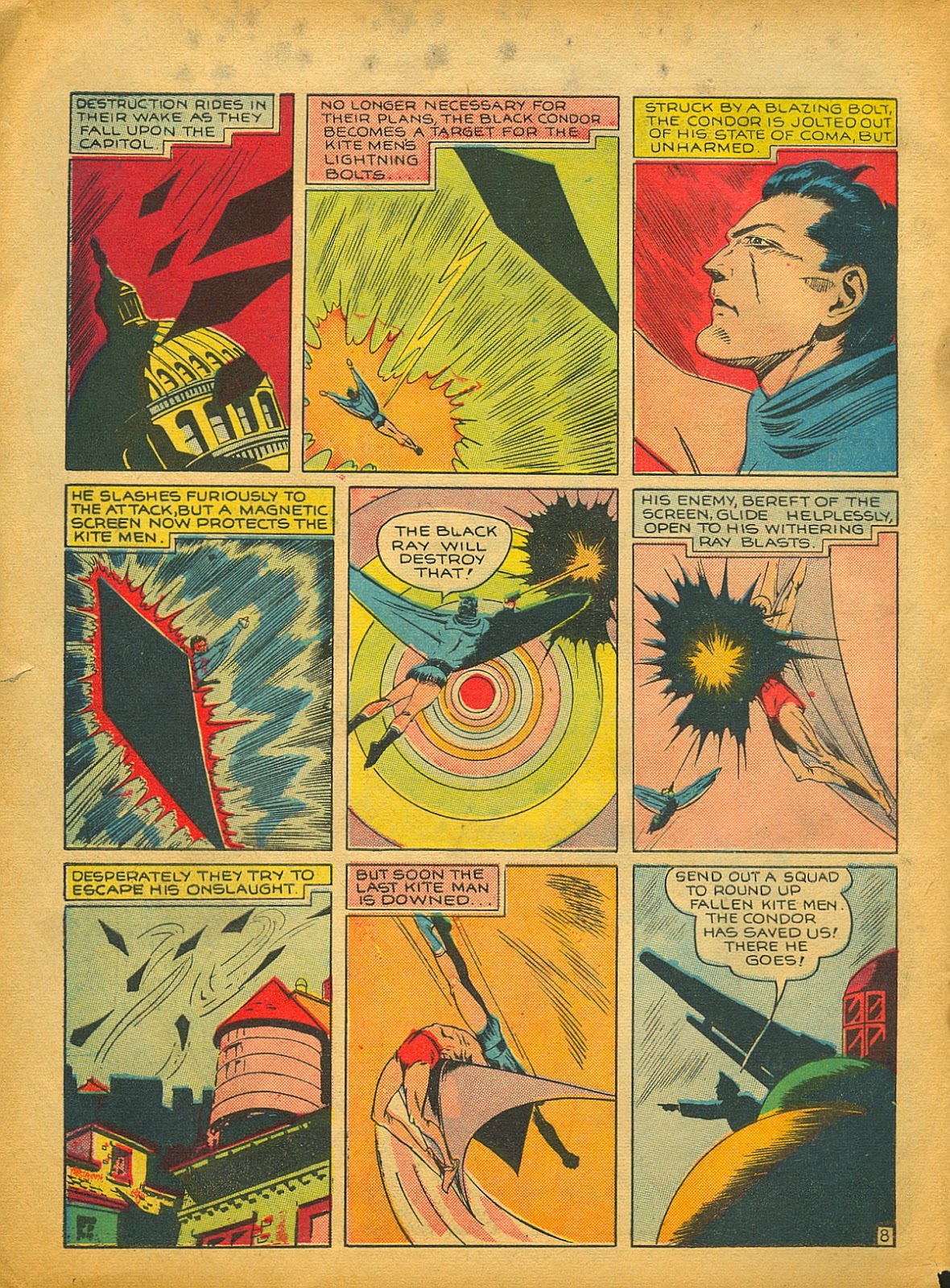 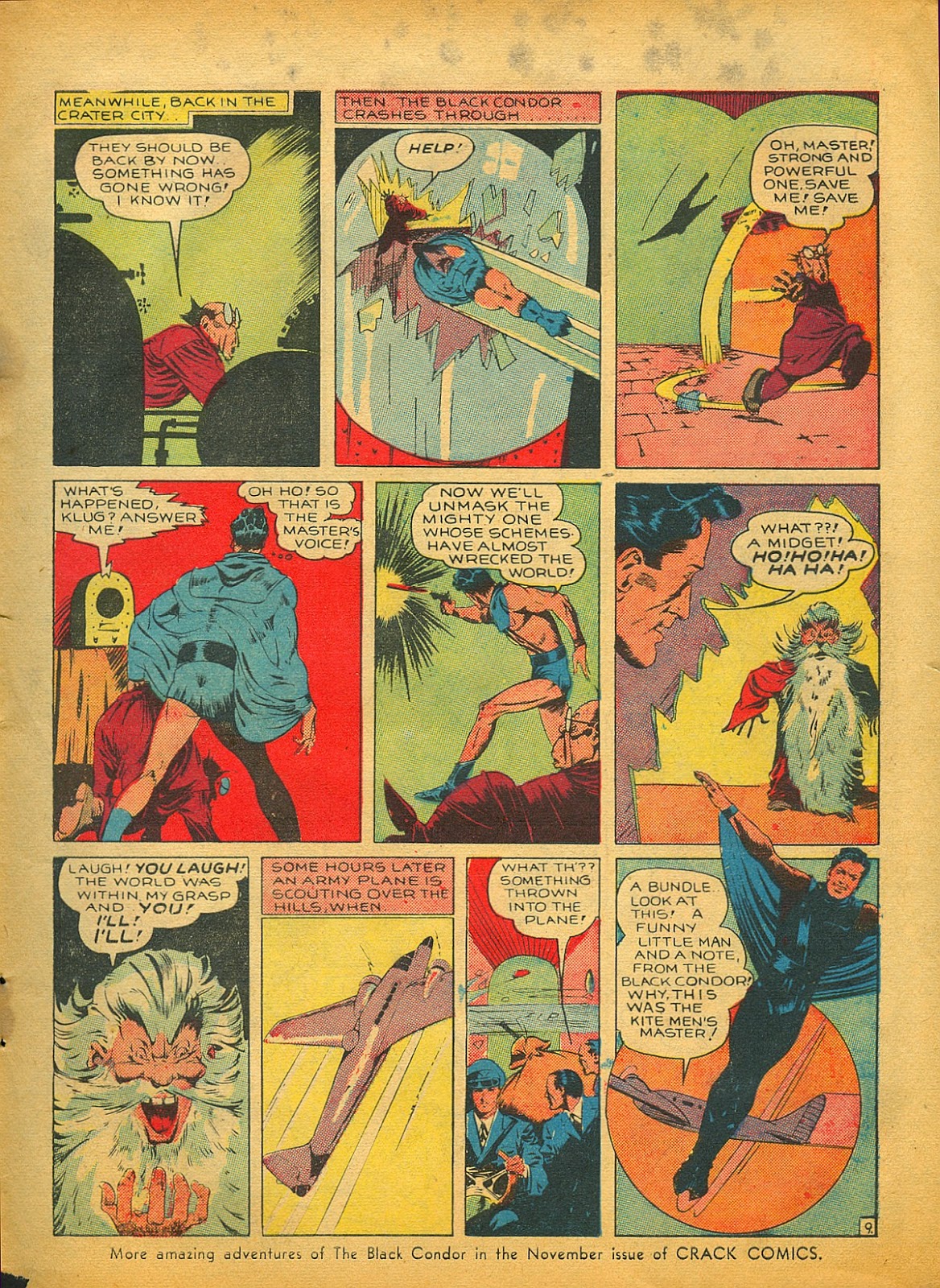