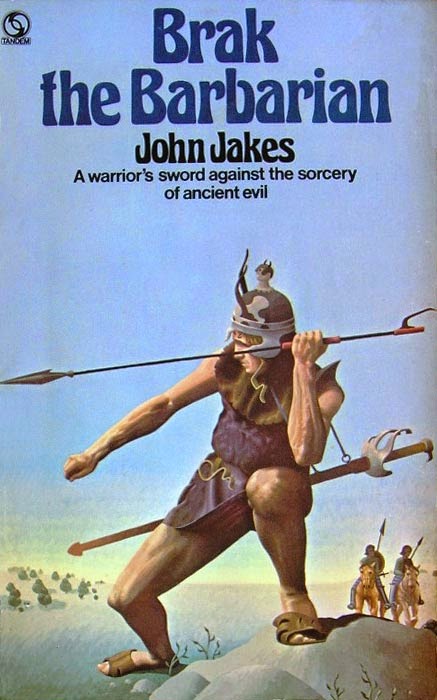 Brak The Barbarian was one of many sword & sorcery heroes who got their shot at comic stardom during the Bronze Age. He was the subject of three books by John Jakes, who later went on to become what the mainstream would call a proper, grown-up author, writing a ton of American historical fiction like The Bastard and the North And South trilogy.
But at this point in his career, Jakes was very much into fantasy, and Robert E. Howard in particular, writing the Brak stories basically because he'd run out of Conan stories to read. Which is surely the best reason to do anything. 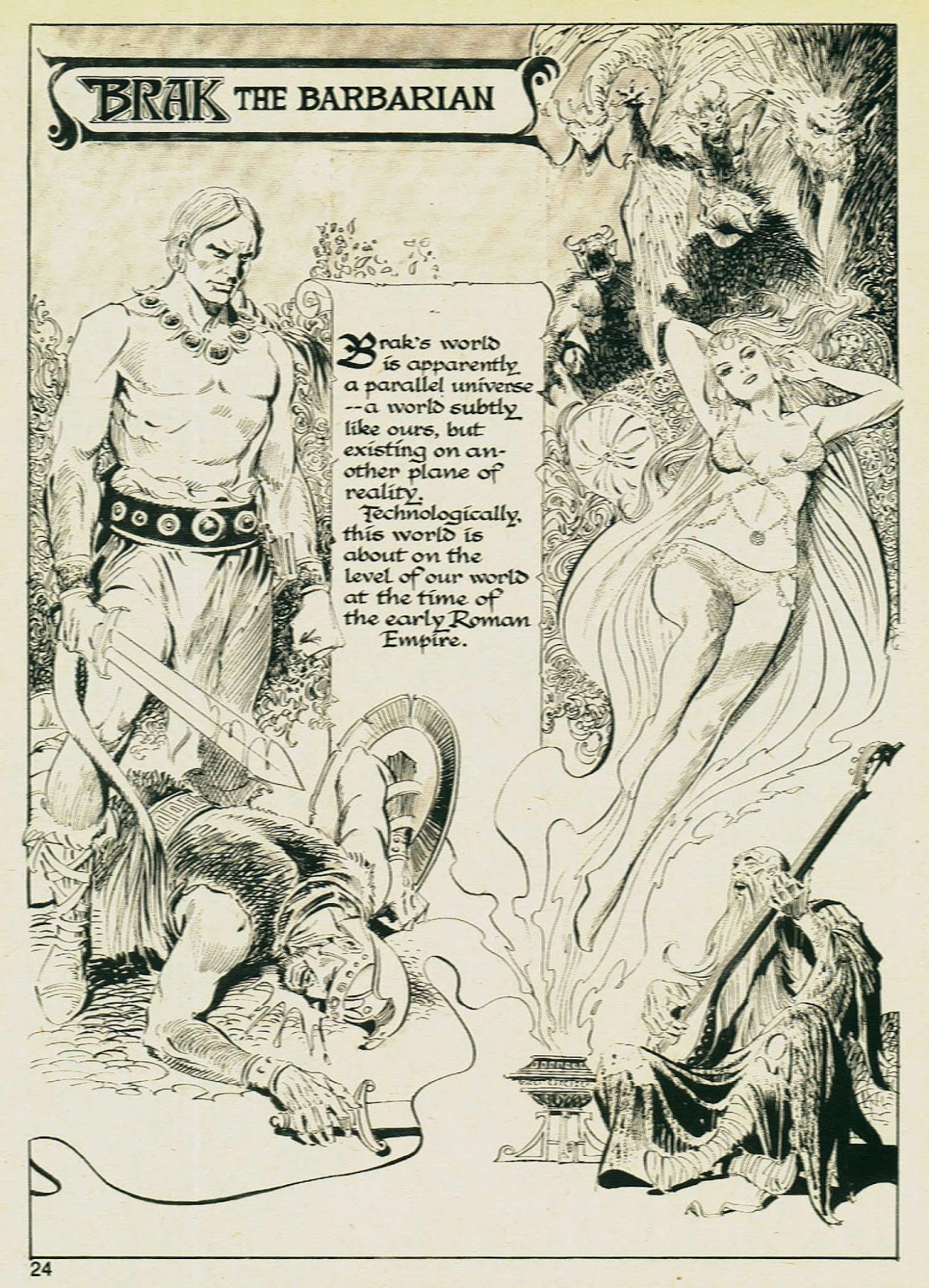 Brak made his sole comic appearances in one issue of Chamber Of Chills  ( January 1973 ) and in this two-parter from issues #7 & #8 of Savage Tales two years later.
Brak's whole thing was that he was on his way to the fabled city of Khurdisan to make his fortune, having adventures and making enemies along the way.
It's all perfectly acceptable purple-prosed stuff, the only real differences between him and Conan being that Brak is a bit more naive and a lot more prone to physical damage than Cimmeria's favourite son.
So nothing revolutionary here, but that wasn't the point. Brak was there to fill a gap until the next big wave of sword & sorcery came along, so a mixture of Howardesque heroics & Leiber-like menaces was just what the public wanted.
Interestingly, Jakes himself seems to have a lot of affection for his barbarian hero, occasionally promising to tell the story of Brak's final adventure as he reaches Khurdisan at last. Extremely rare for a successful writer to be so nostalgic about their early work.

Here's Doug Moench and the criminally underrated Steve Gan adapting the very first story ' The Unspeakable Shrine ' and it's pretty great, particularly the Roy Krenkel styled artwork.
As this was the first story in the series, possibly there were plans to adapt them all, but I guess poor old Brak wasn't able to distinguish himself enough from all the other Thongor's, Claw's & Kothar's around at the time.
Shame, as this could've been a signature series for Gan in particular. 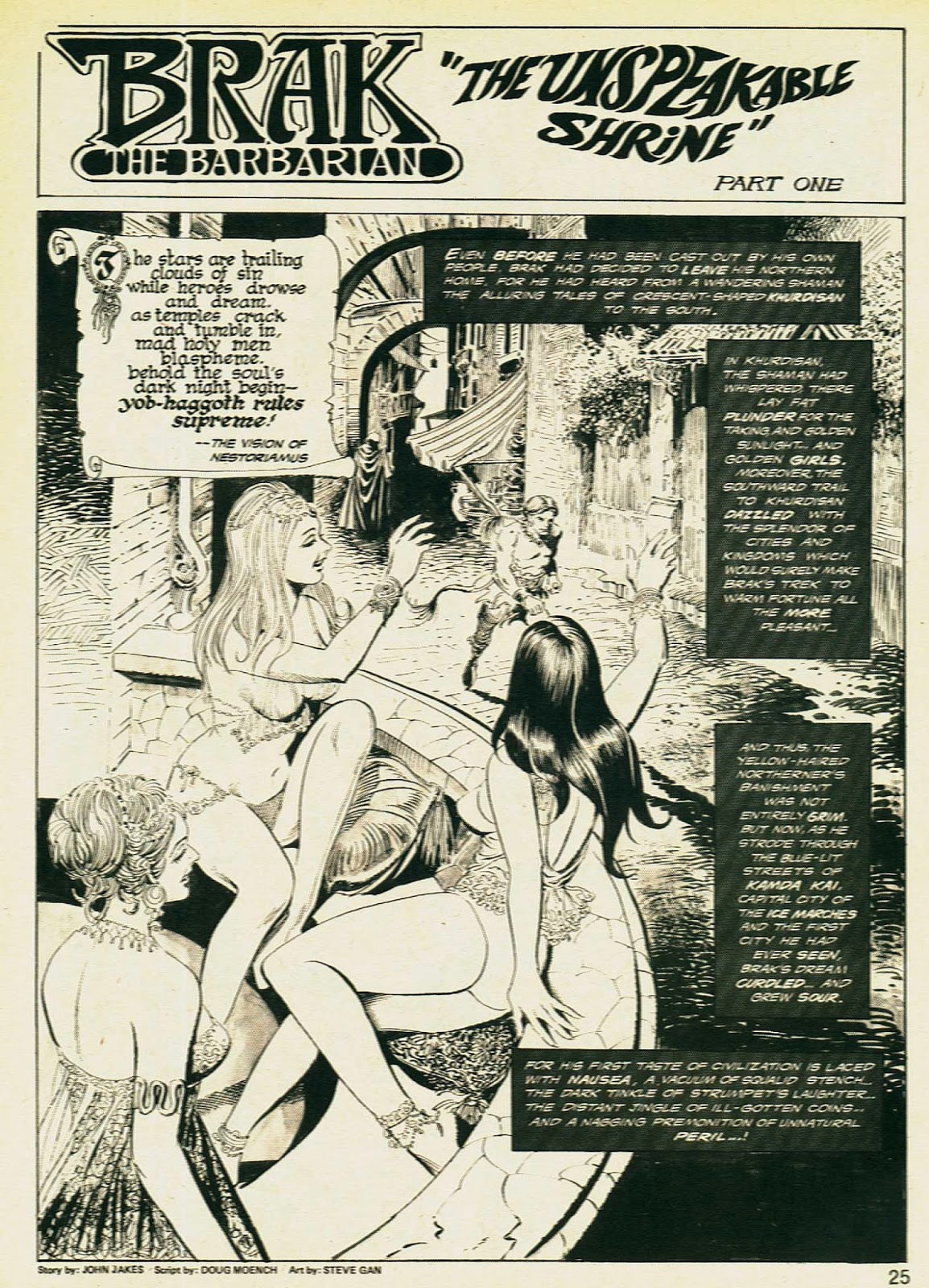 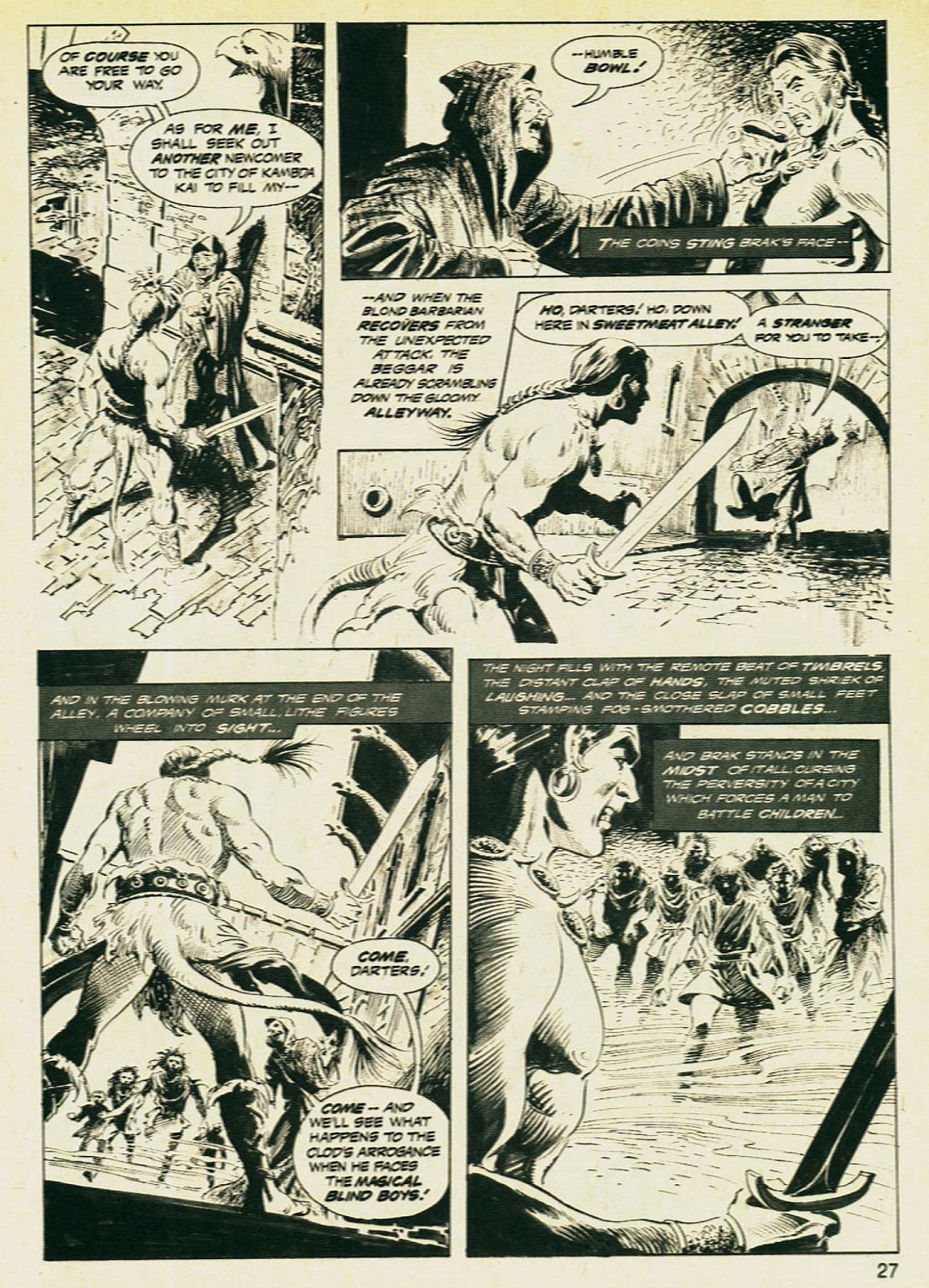 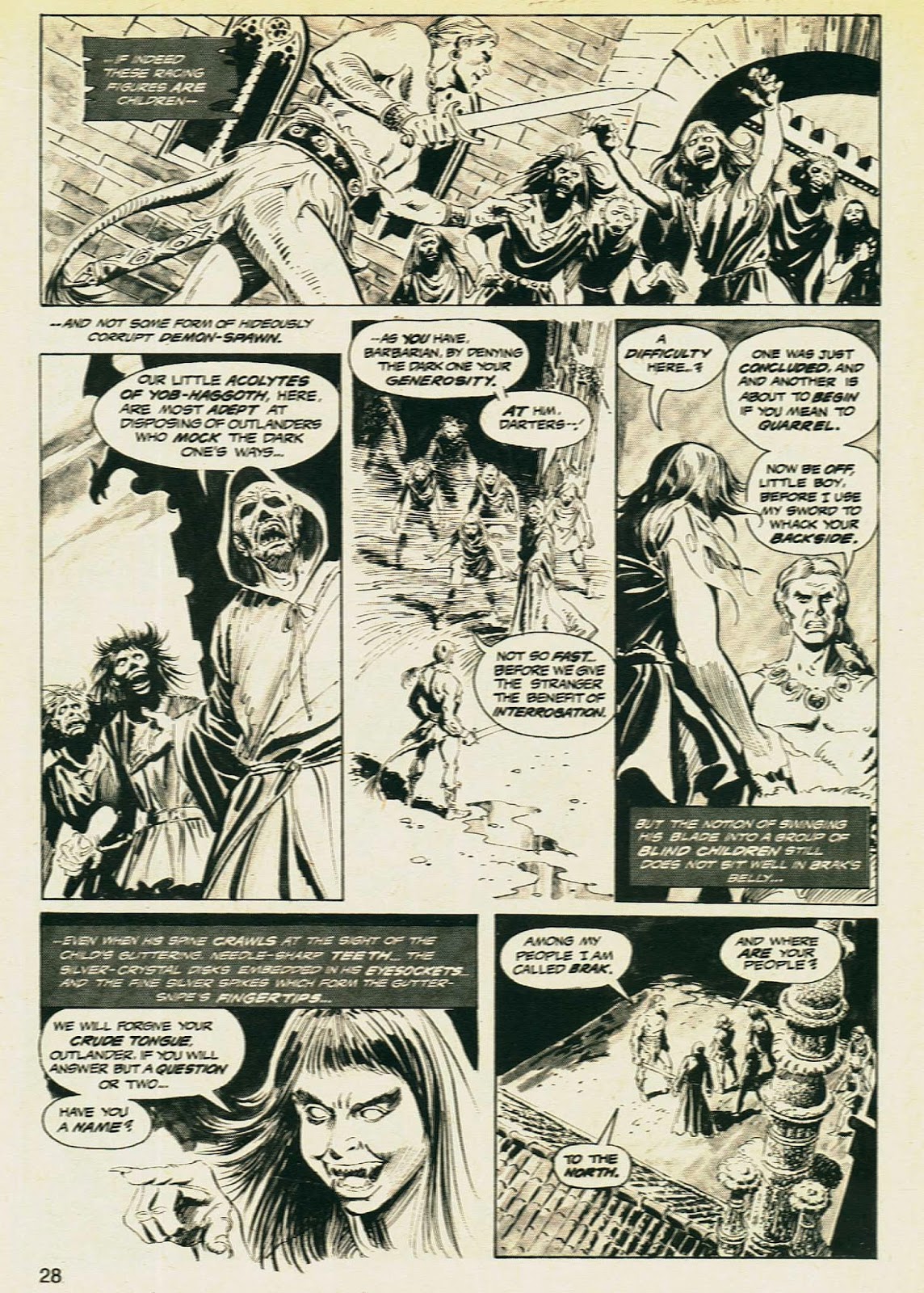 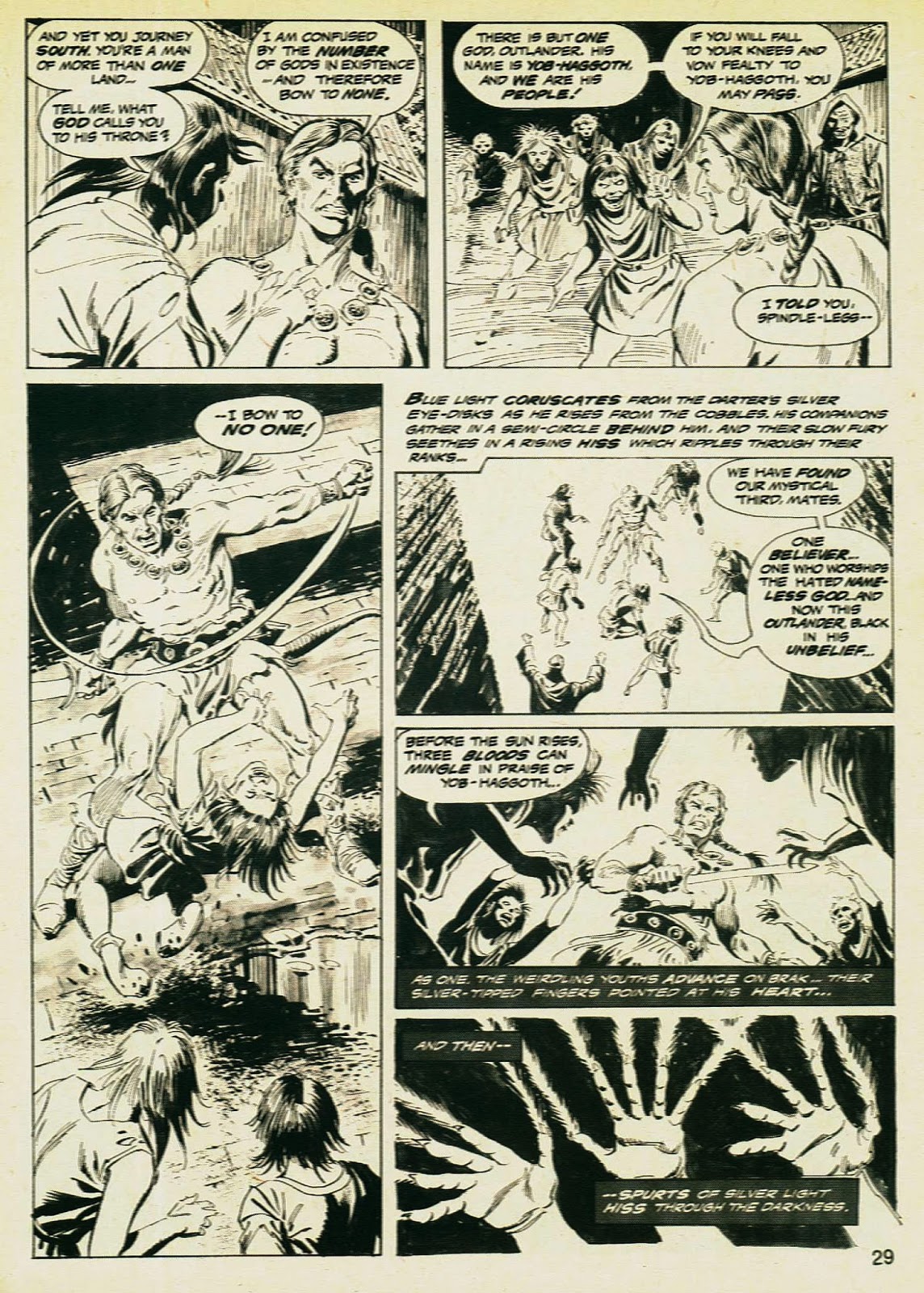 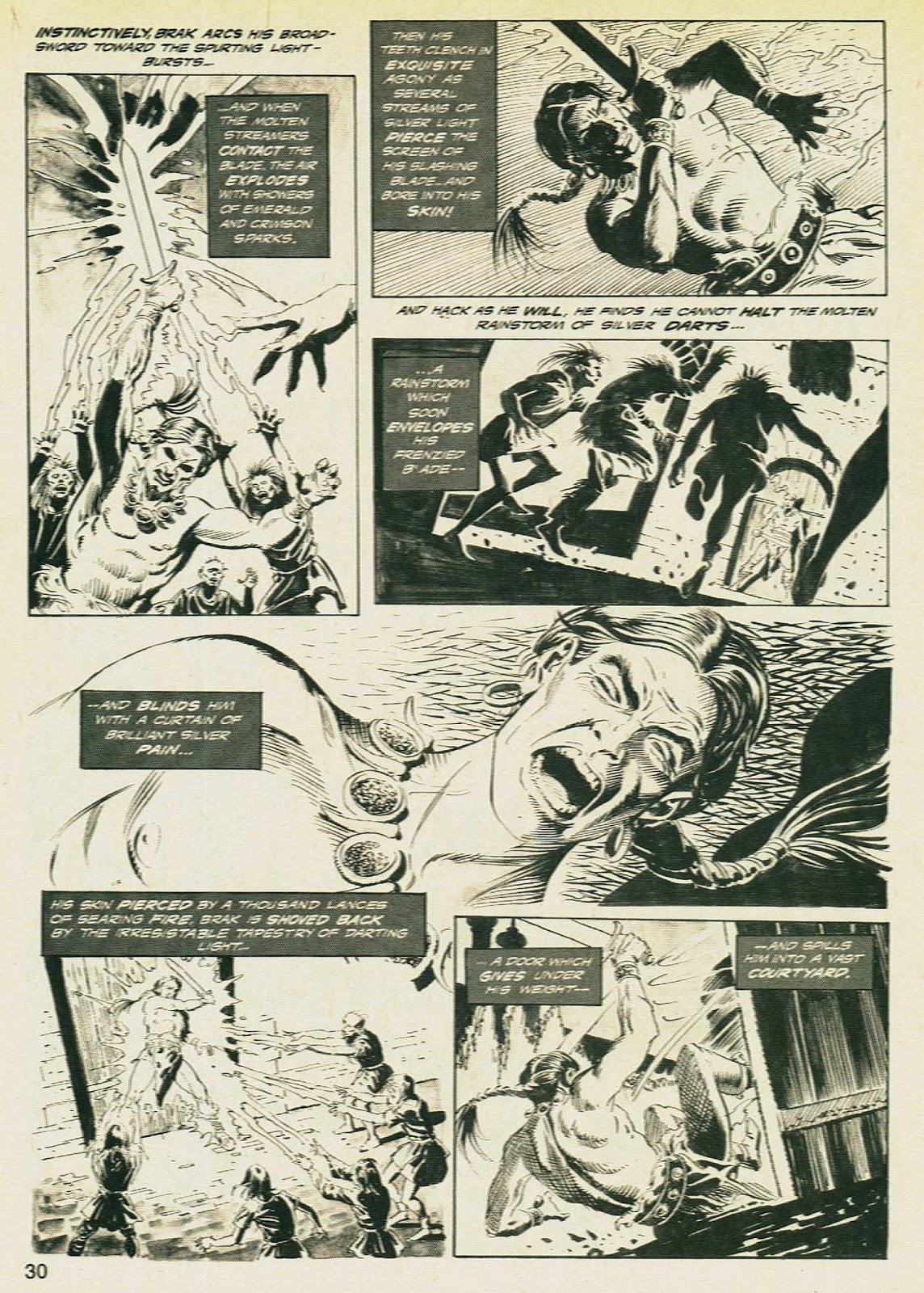 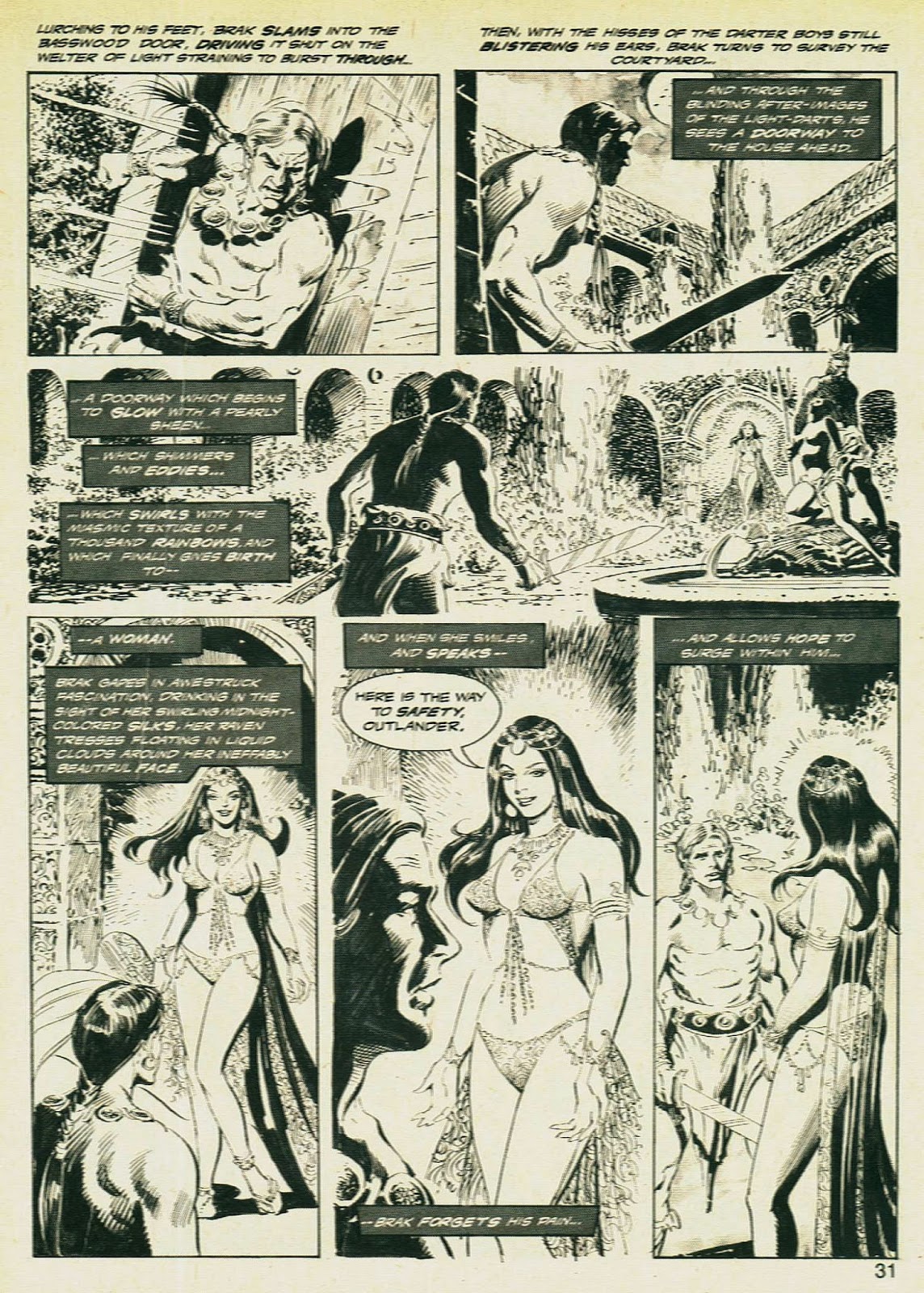 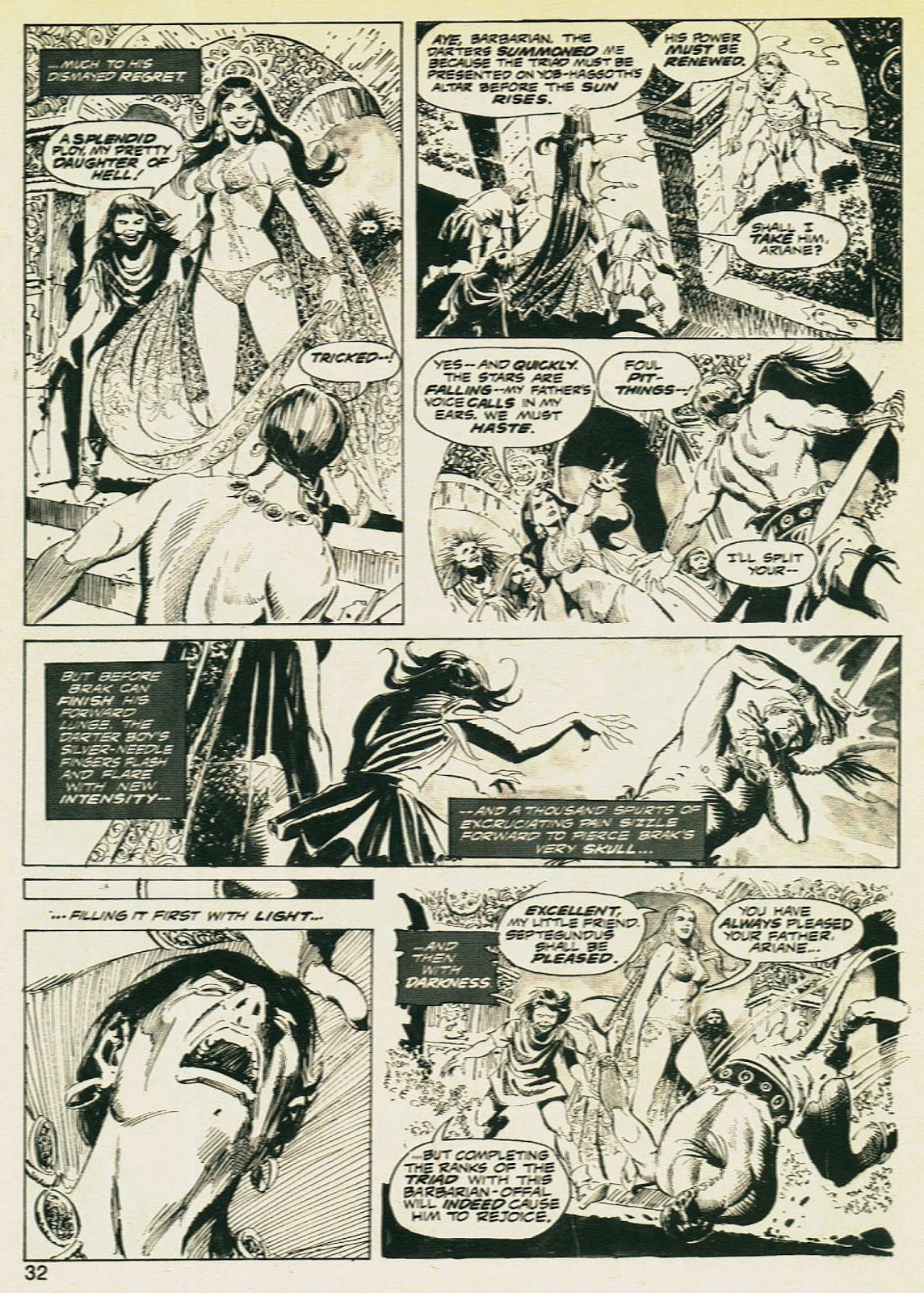 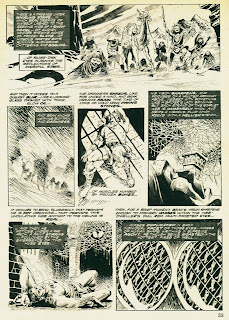 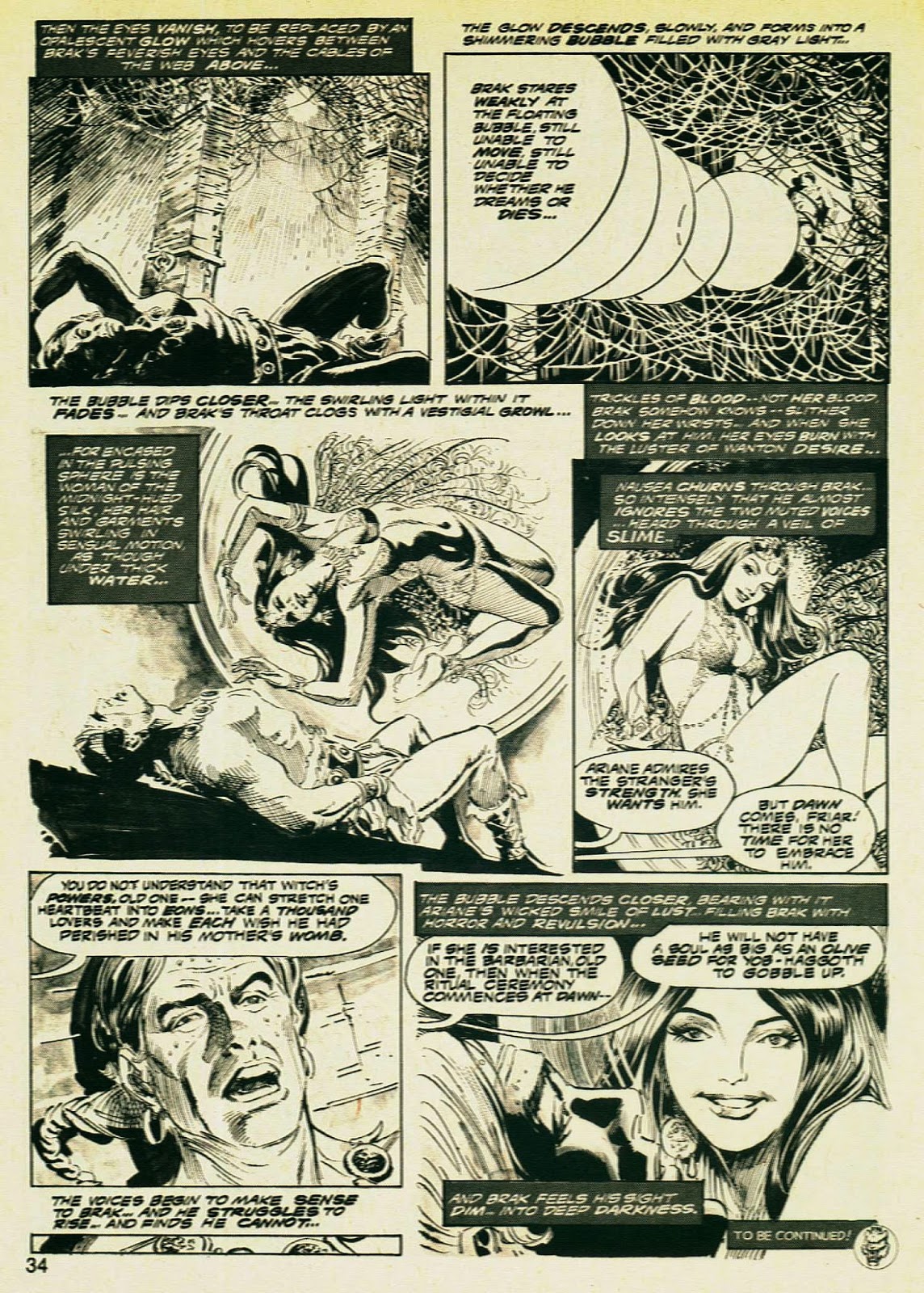 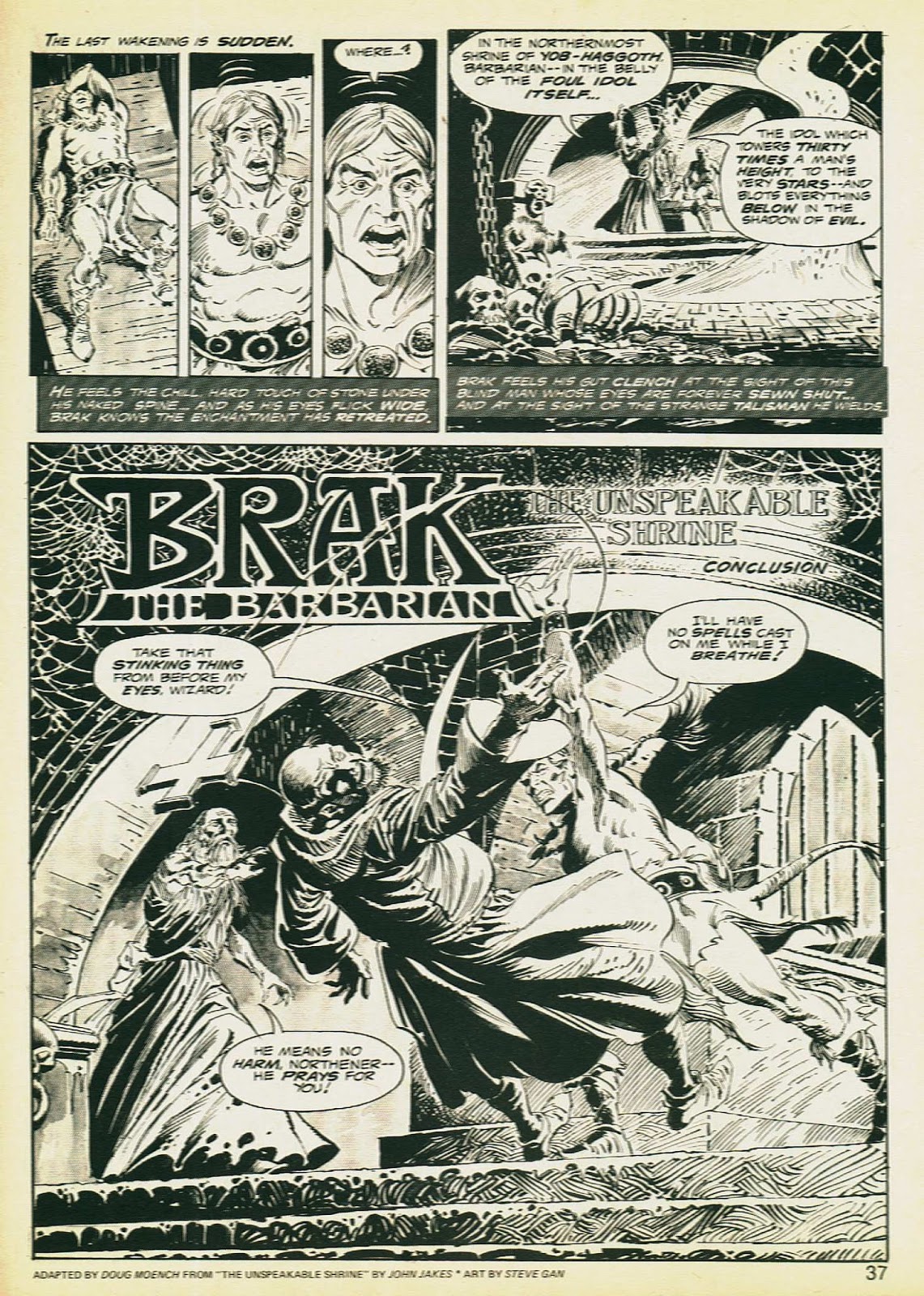 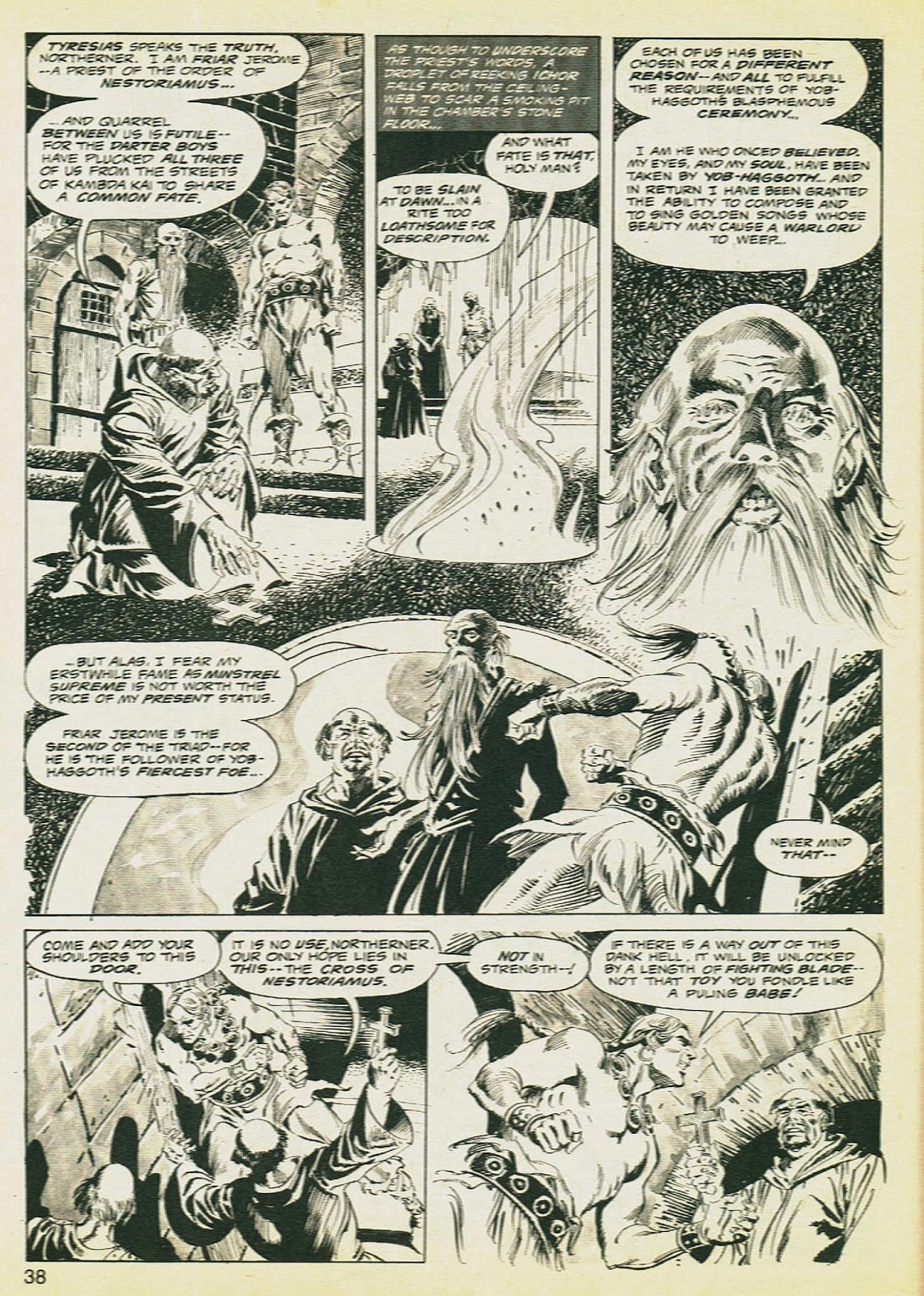 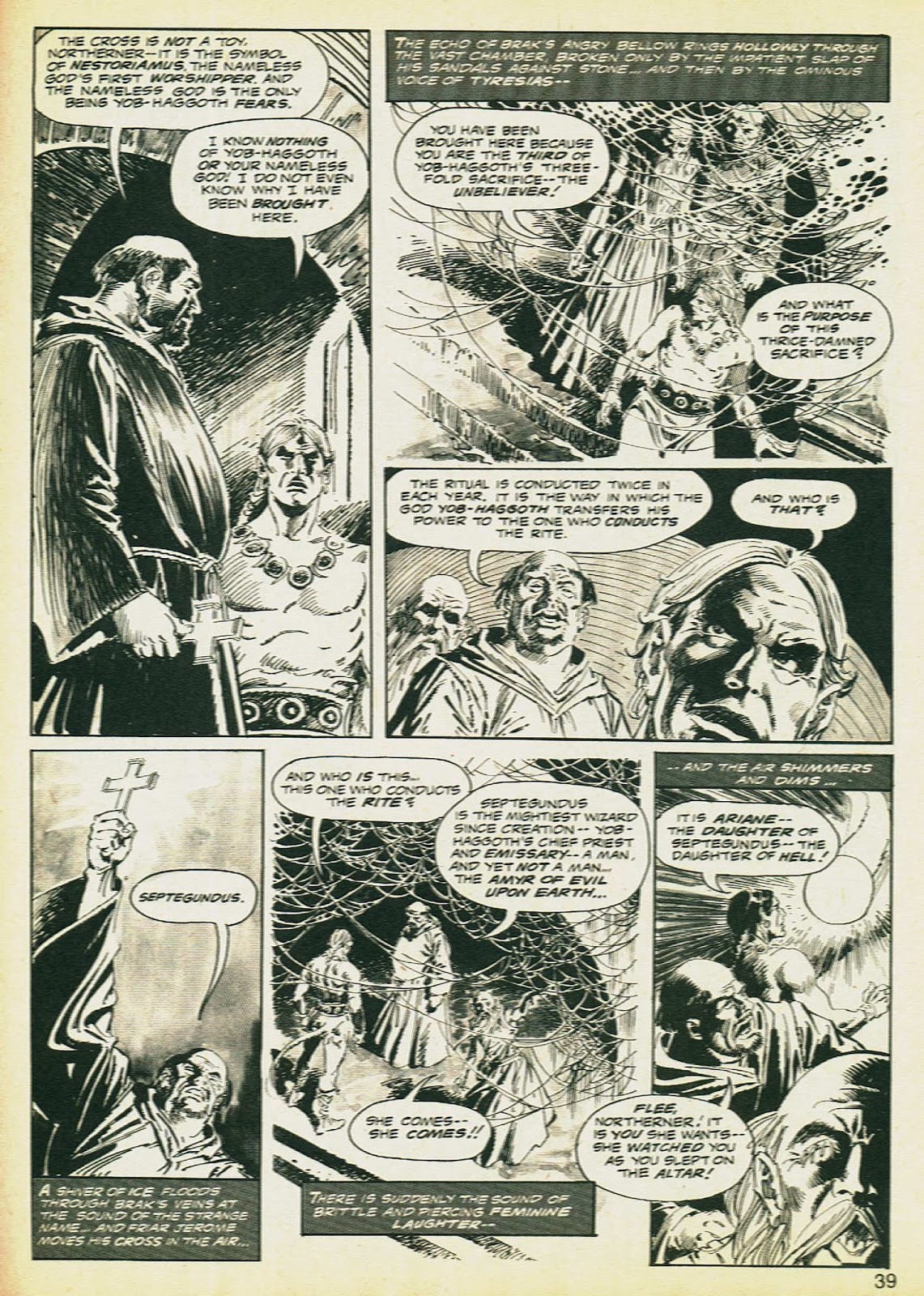 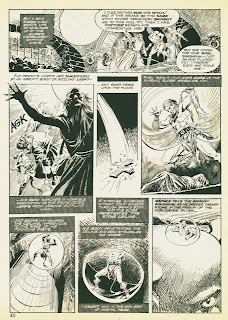 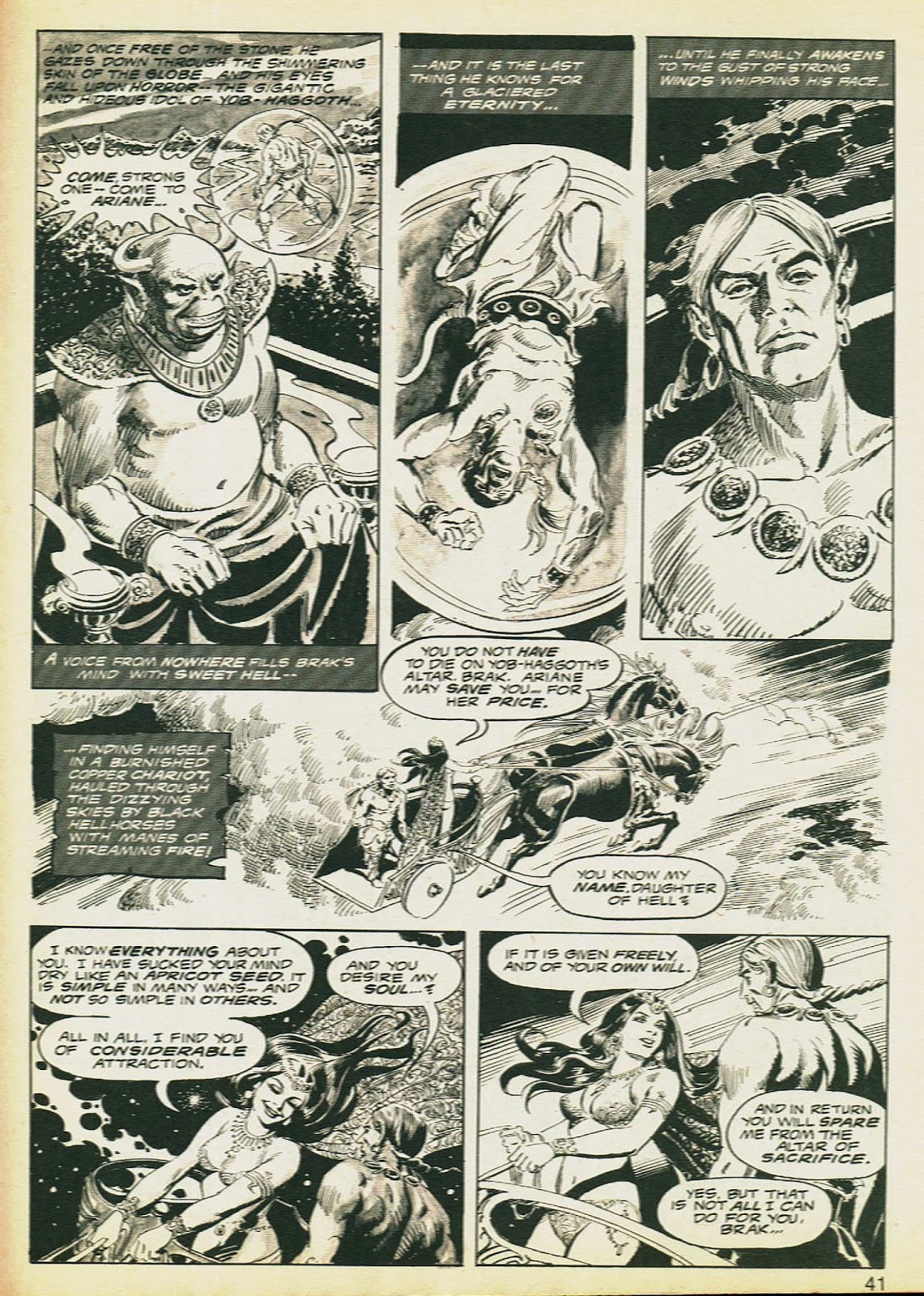 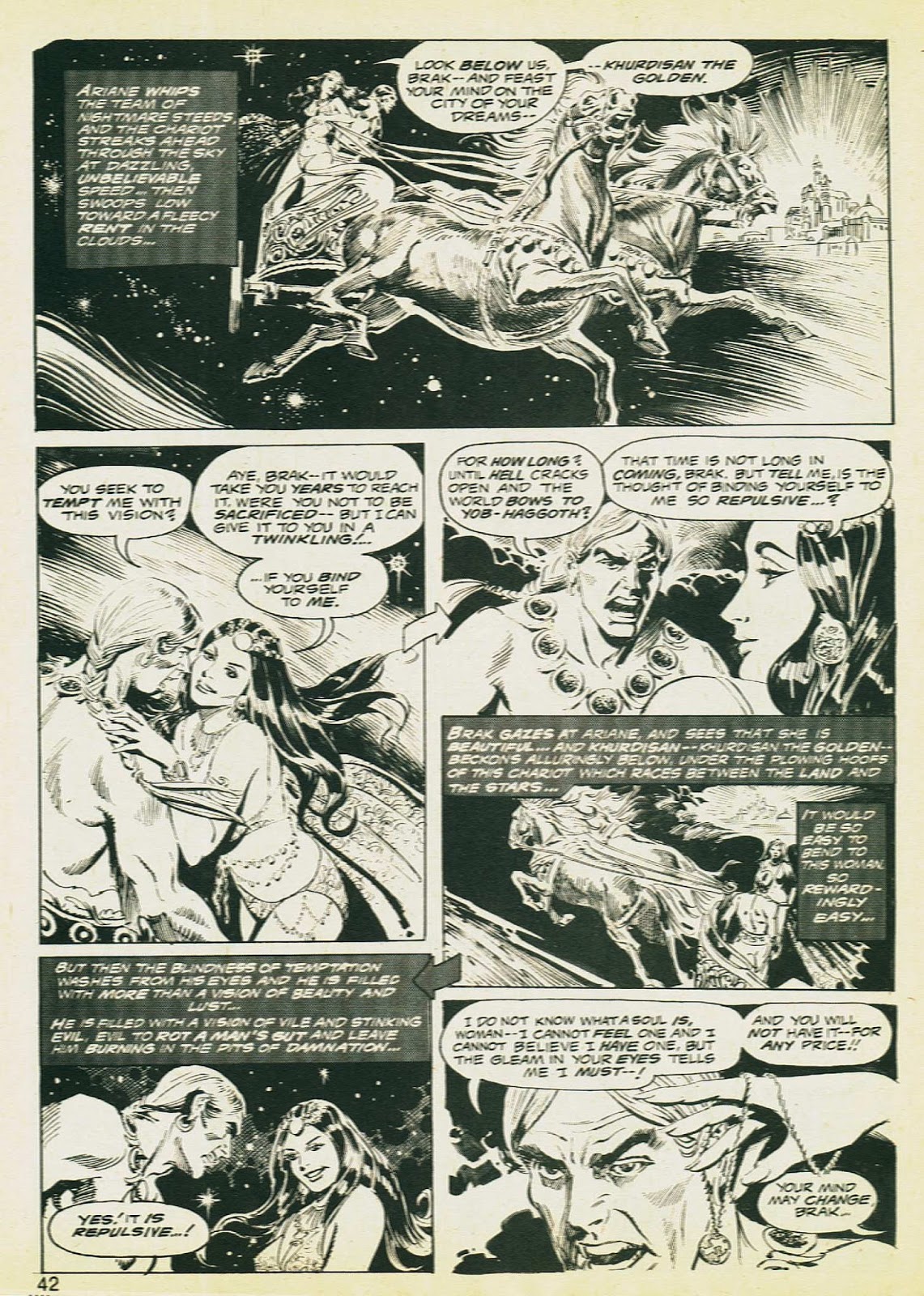 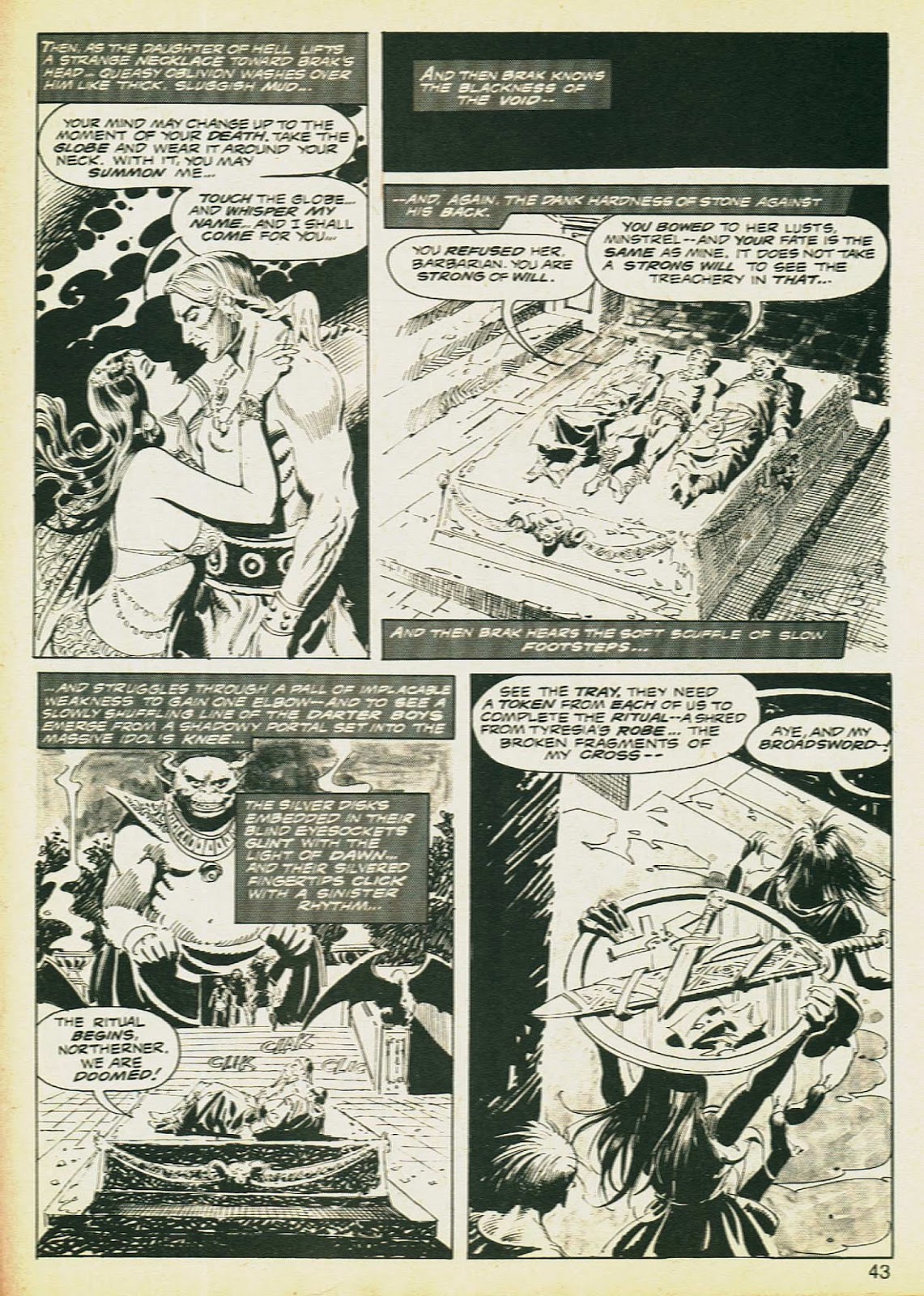 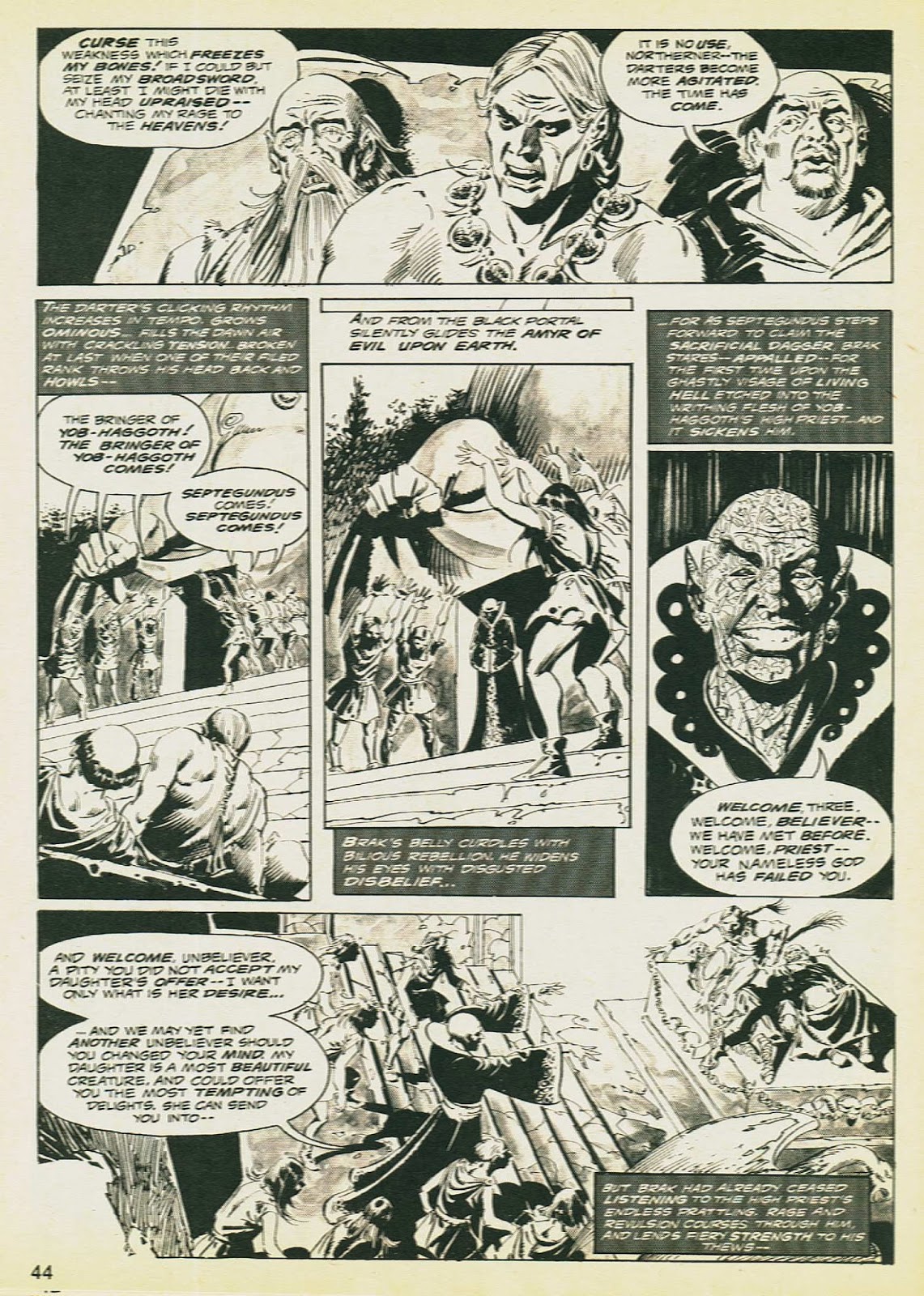 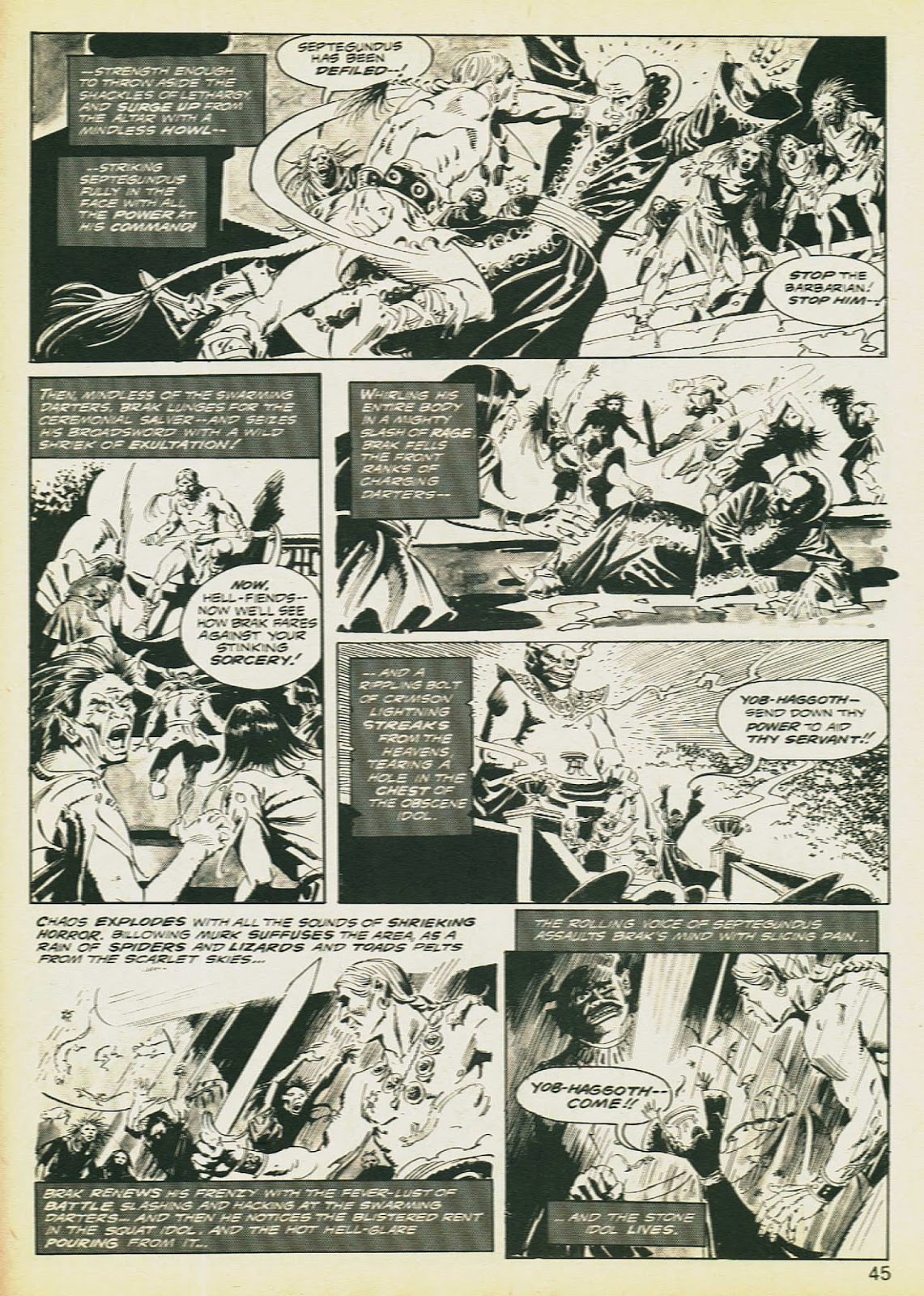 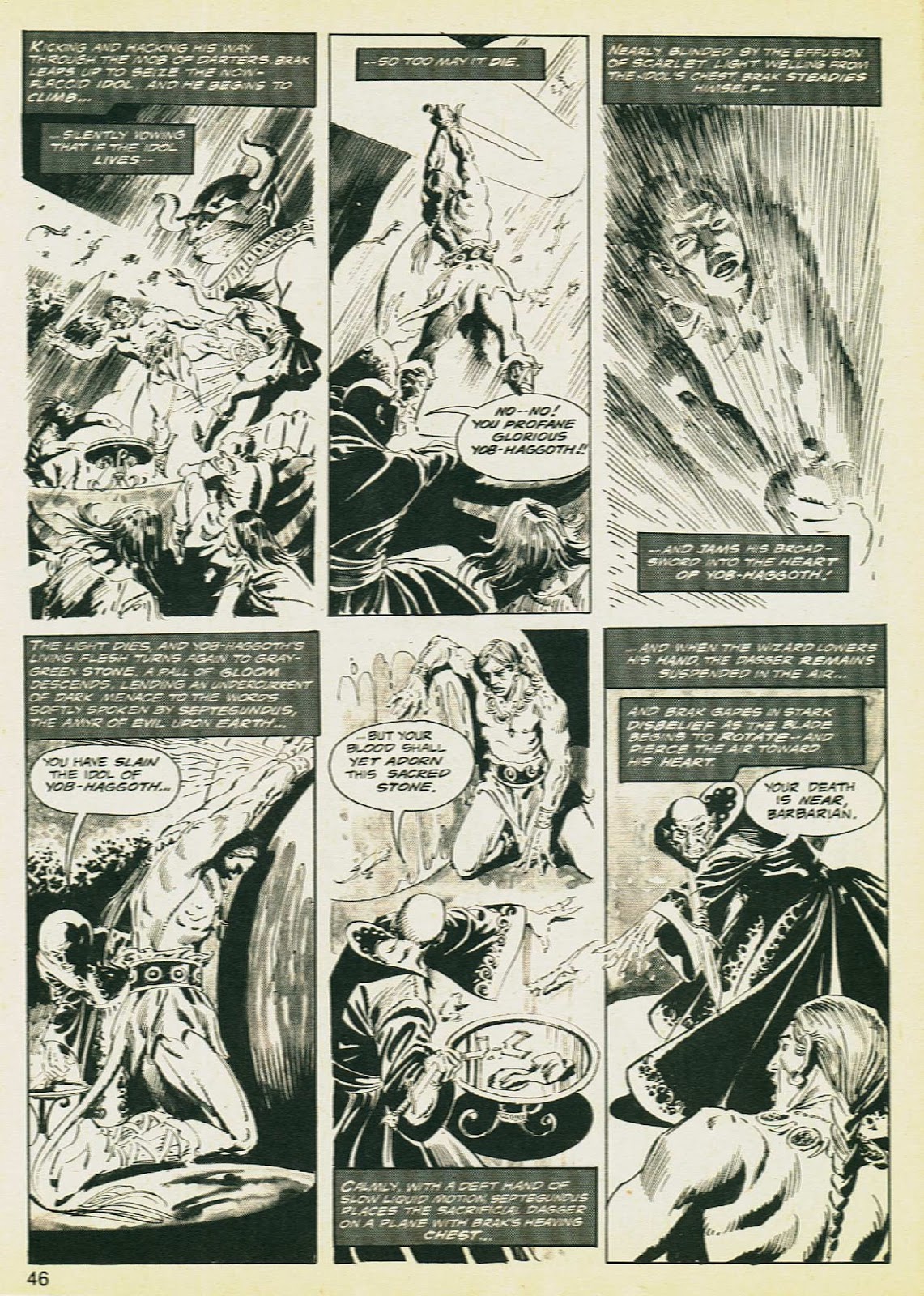 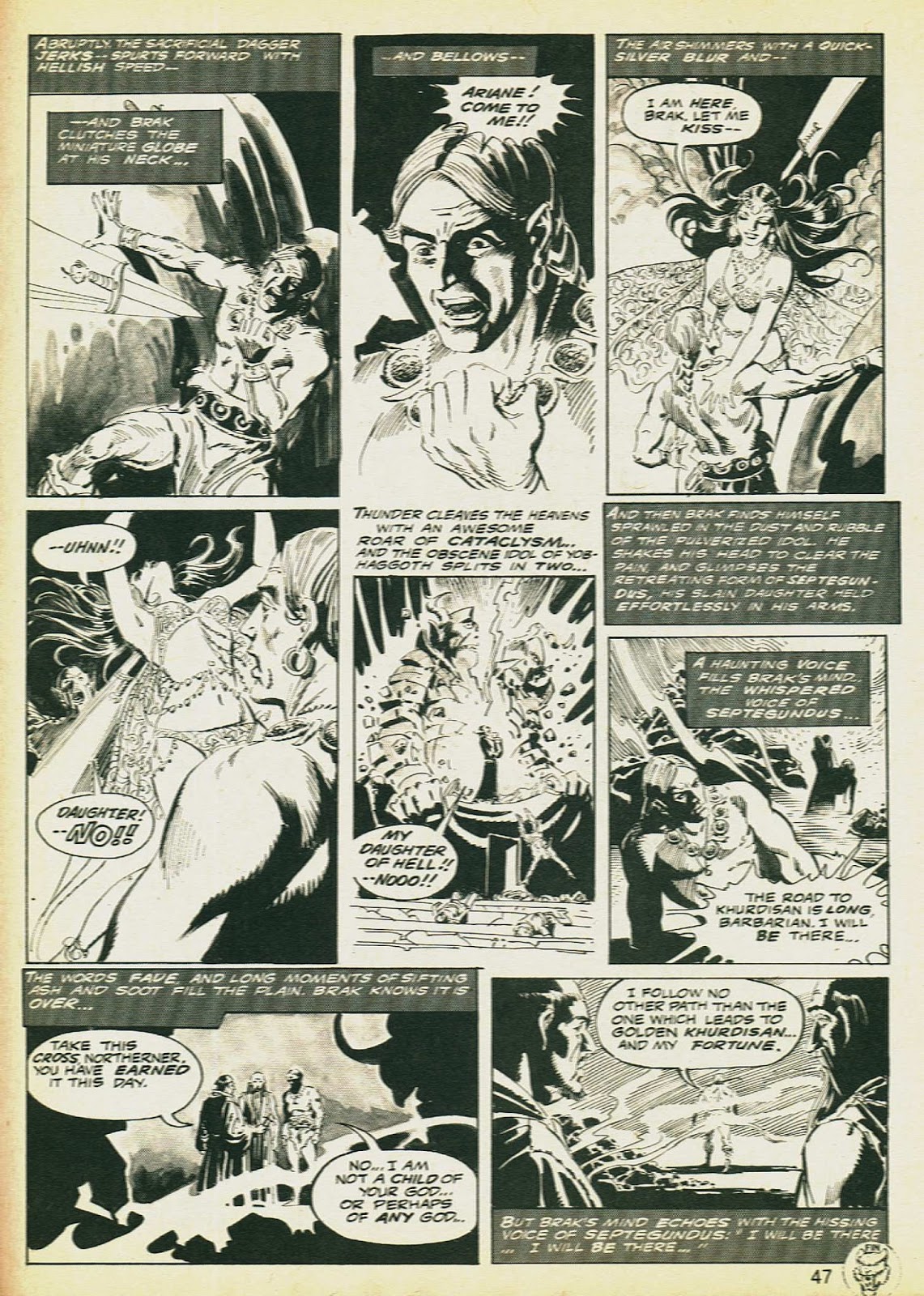