The Heap: Shadows Of Satan! 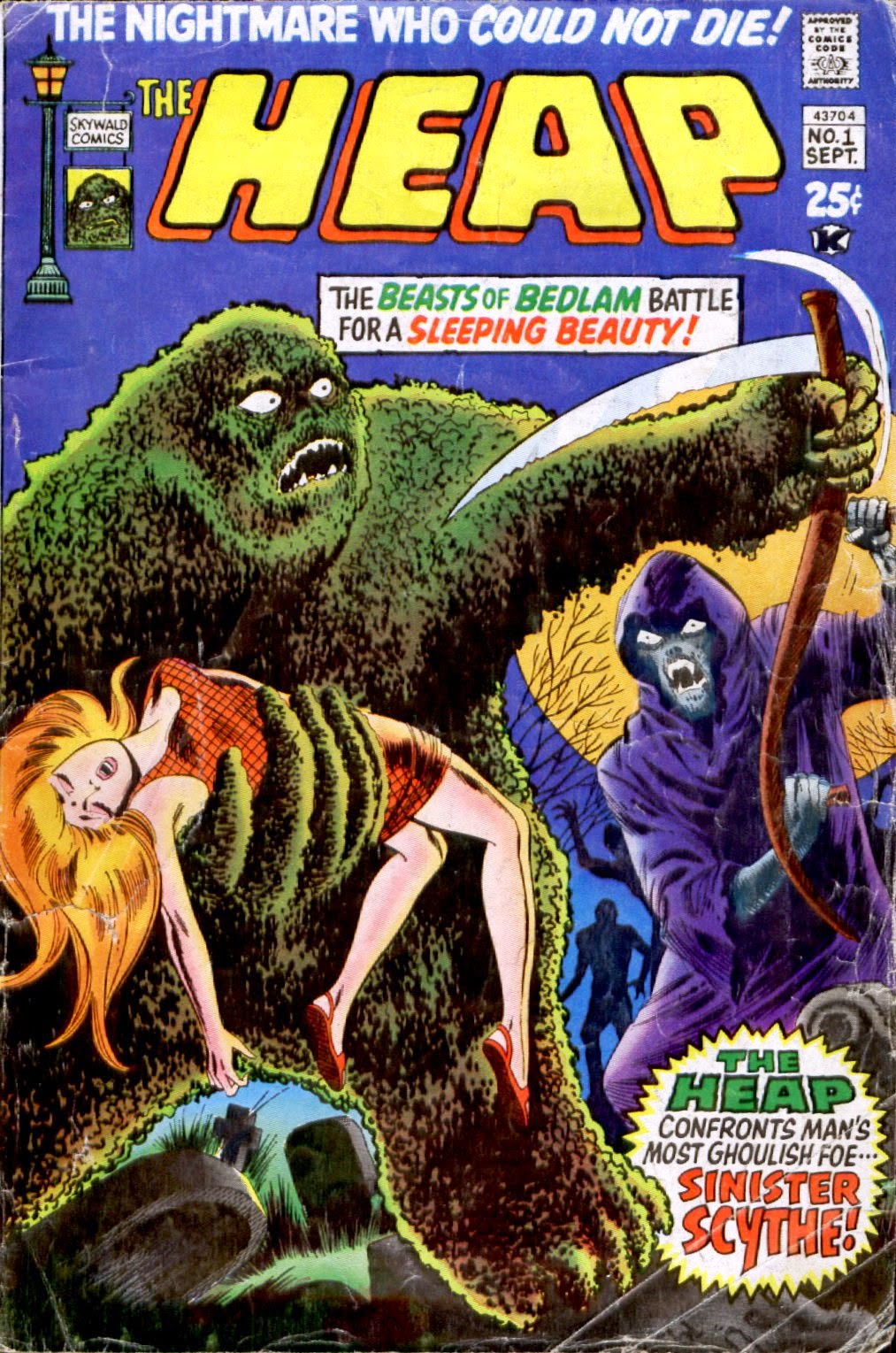 Hey, what's The Heap been up to lately? Well, in the one and only issue of his own mag, Skywald's stinky swamp slobberer enters new realms of nonsensicalness in a tale that only bears a passing resemblance to logic or continuity. But as we saw in his debut b/w apppearance in Psycho, that's the way we like him.
This one's written by Sgt. Rock's very own Bob Kanigher, and drawn by Tom Sutton and Jack Abel, and it's like eight stories all squashed into one, almost as if Tom just did a load of random pages and then said to Bob: I dunno, YOU make sense out of it!
It's a bit like an Atlas book really, especially with the presence of Abel who did Moorlock 2001, that company's even weirder entry in the muck monster stakes.
This is a slightly more family friendly Heapy, as Tom softens his appearance a bit for the colour market, mostly dispensing with his Gene Simmonsesque prehensile tongue, which was actually a major part of his visual.
He also doesn't dine out in garbage cans, which is another thing I liked about him, but it's still all crazy. Just a different kind of crazy. 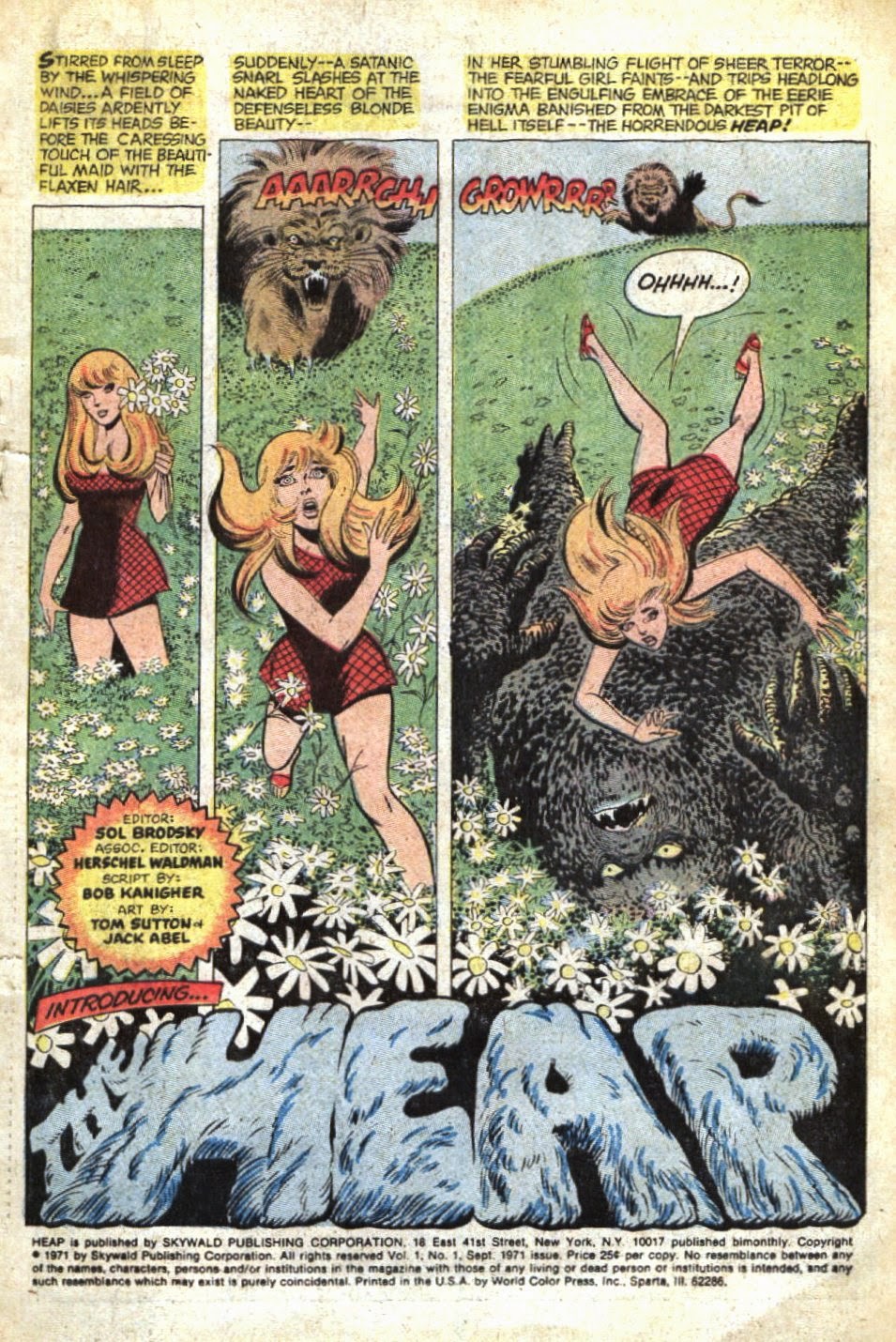 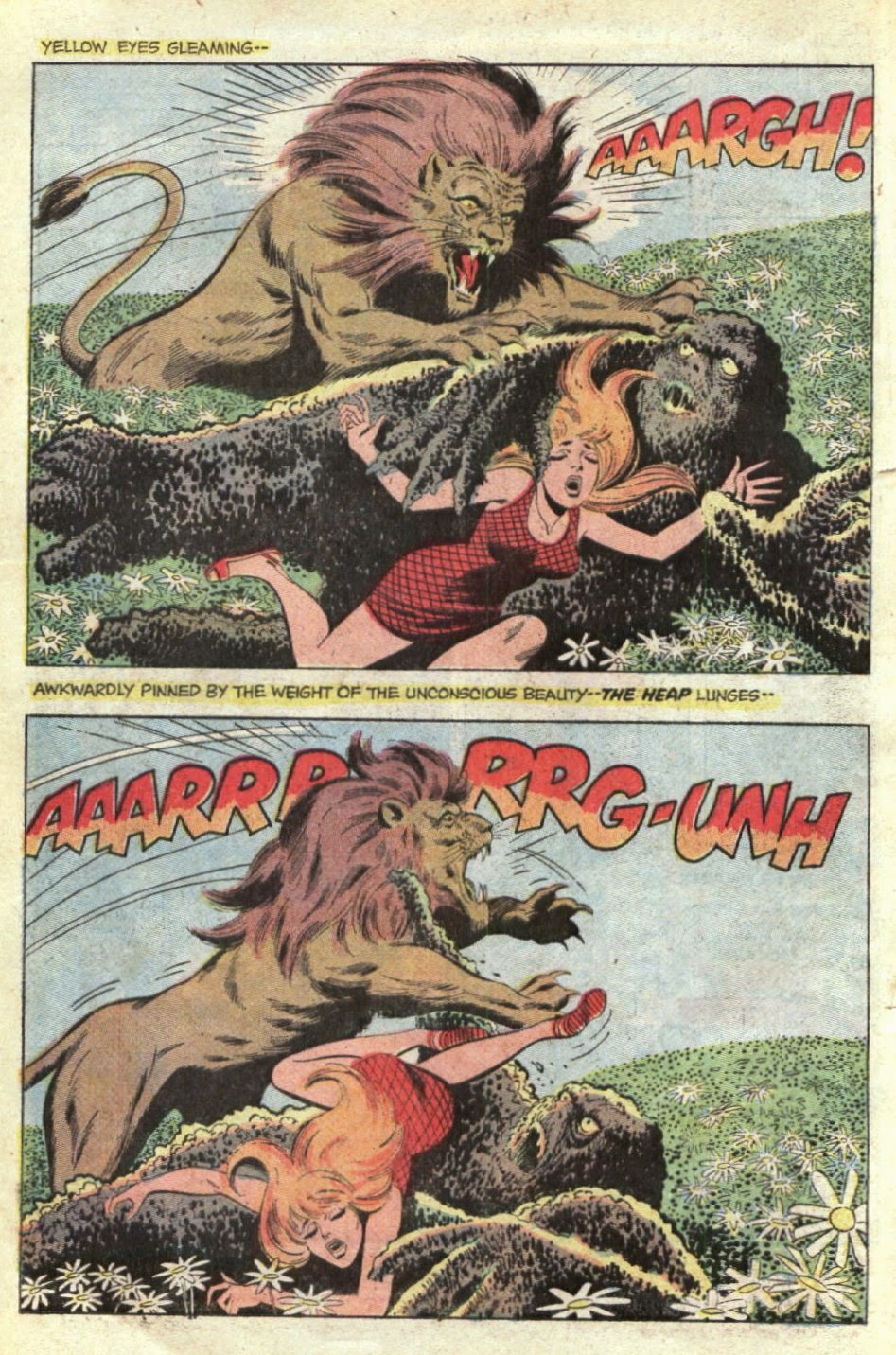 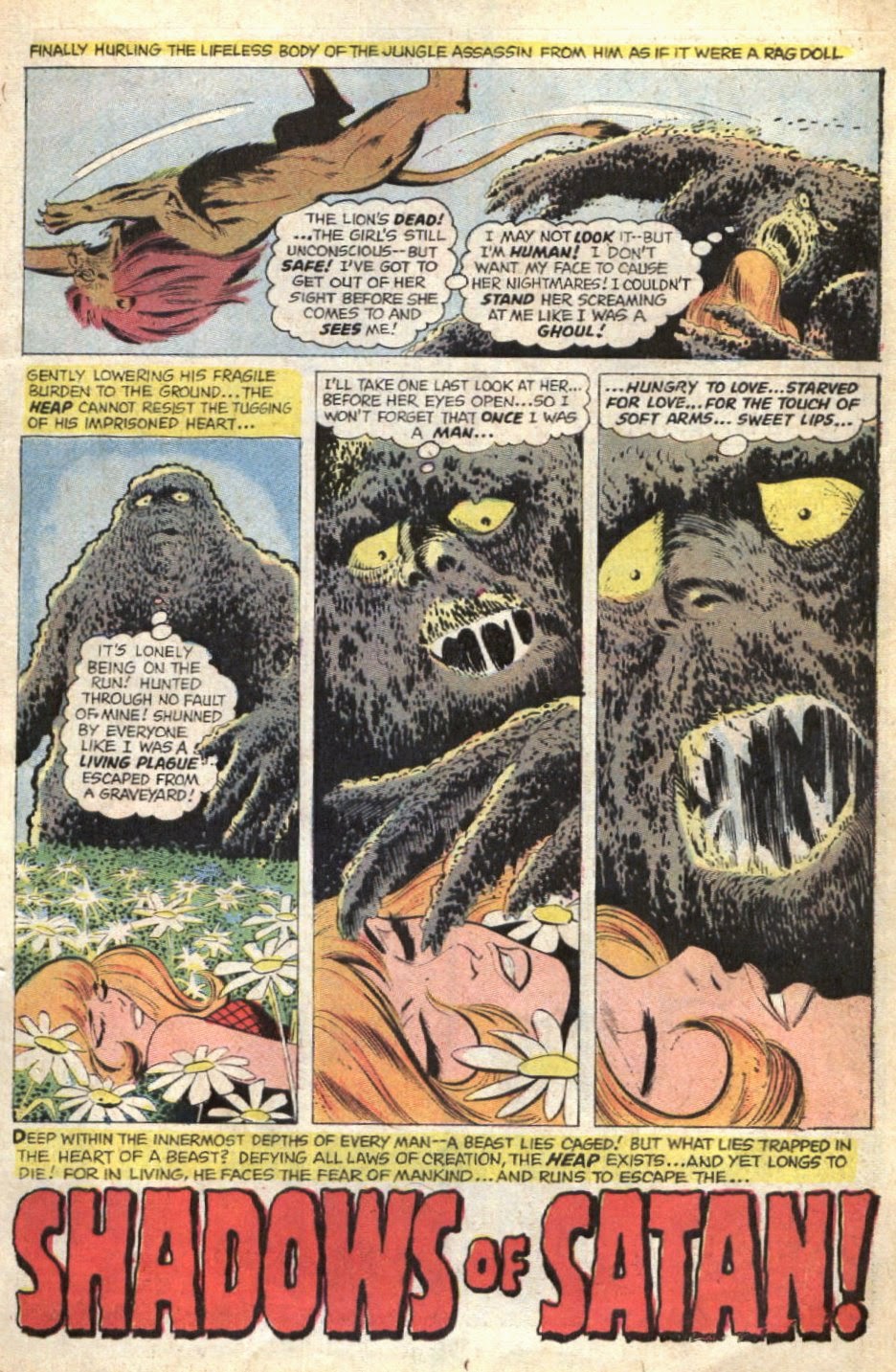 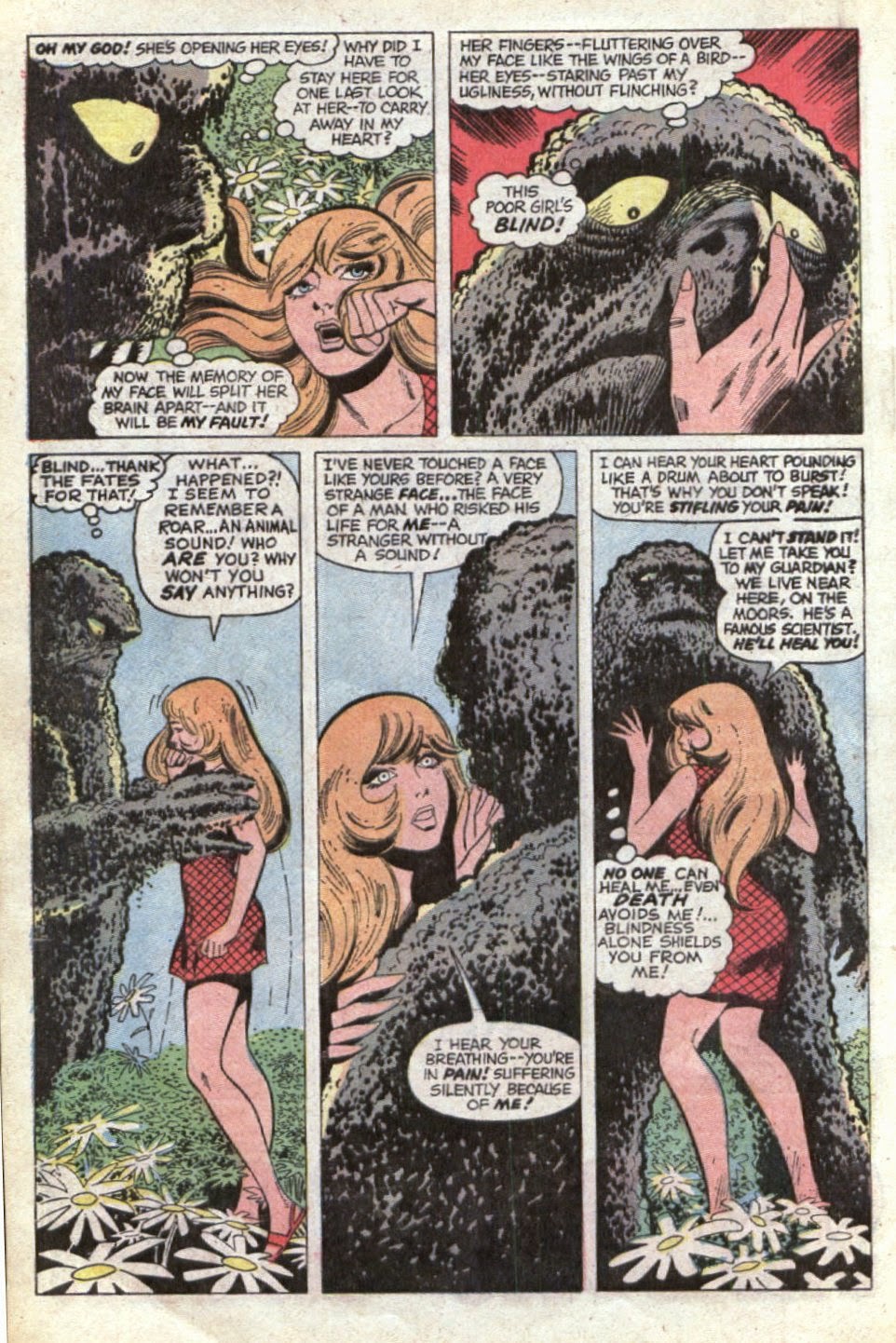 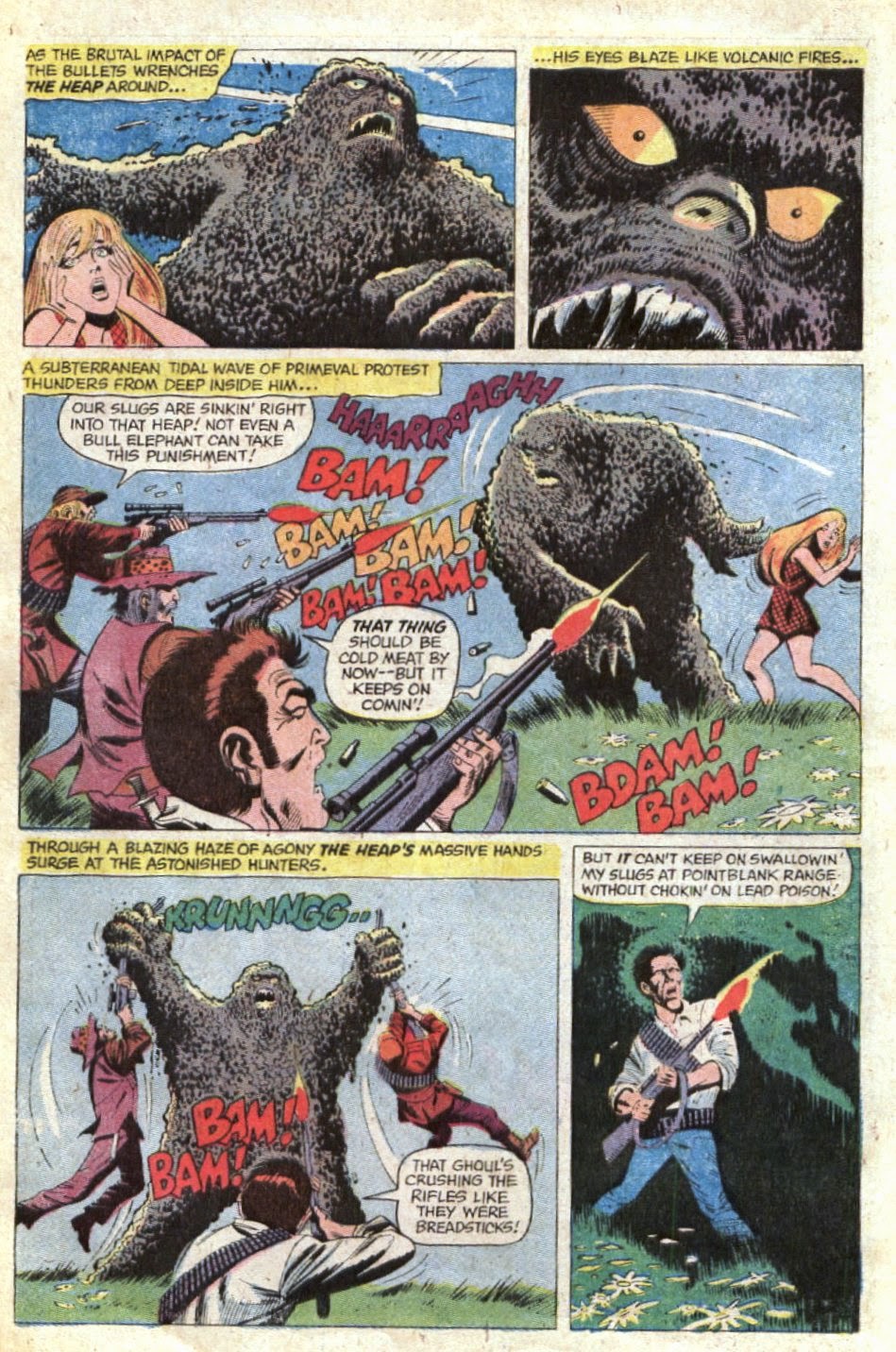 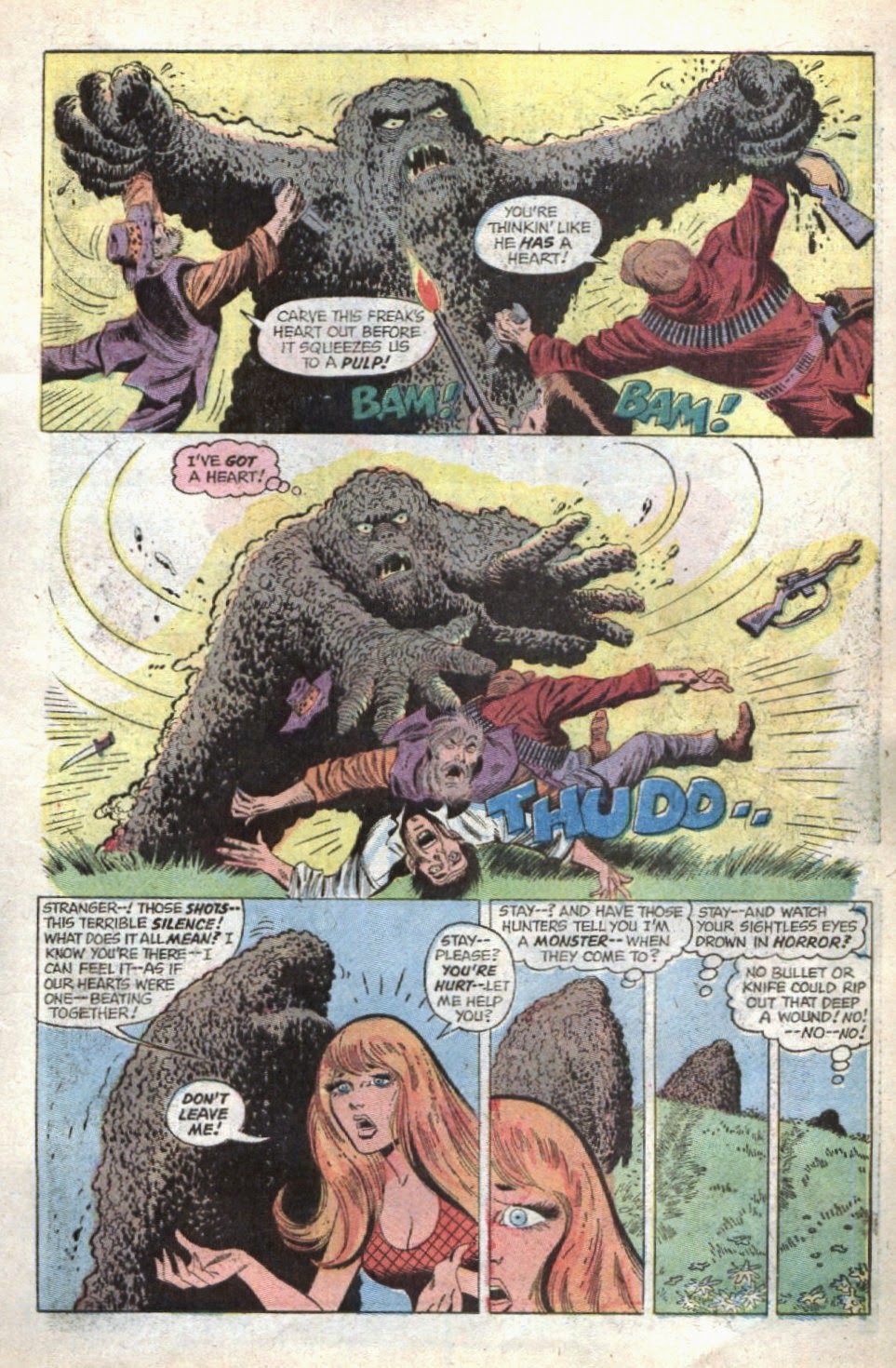 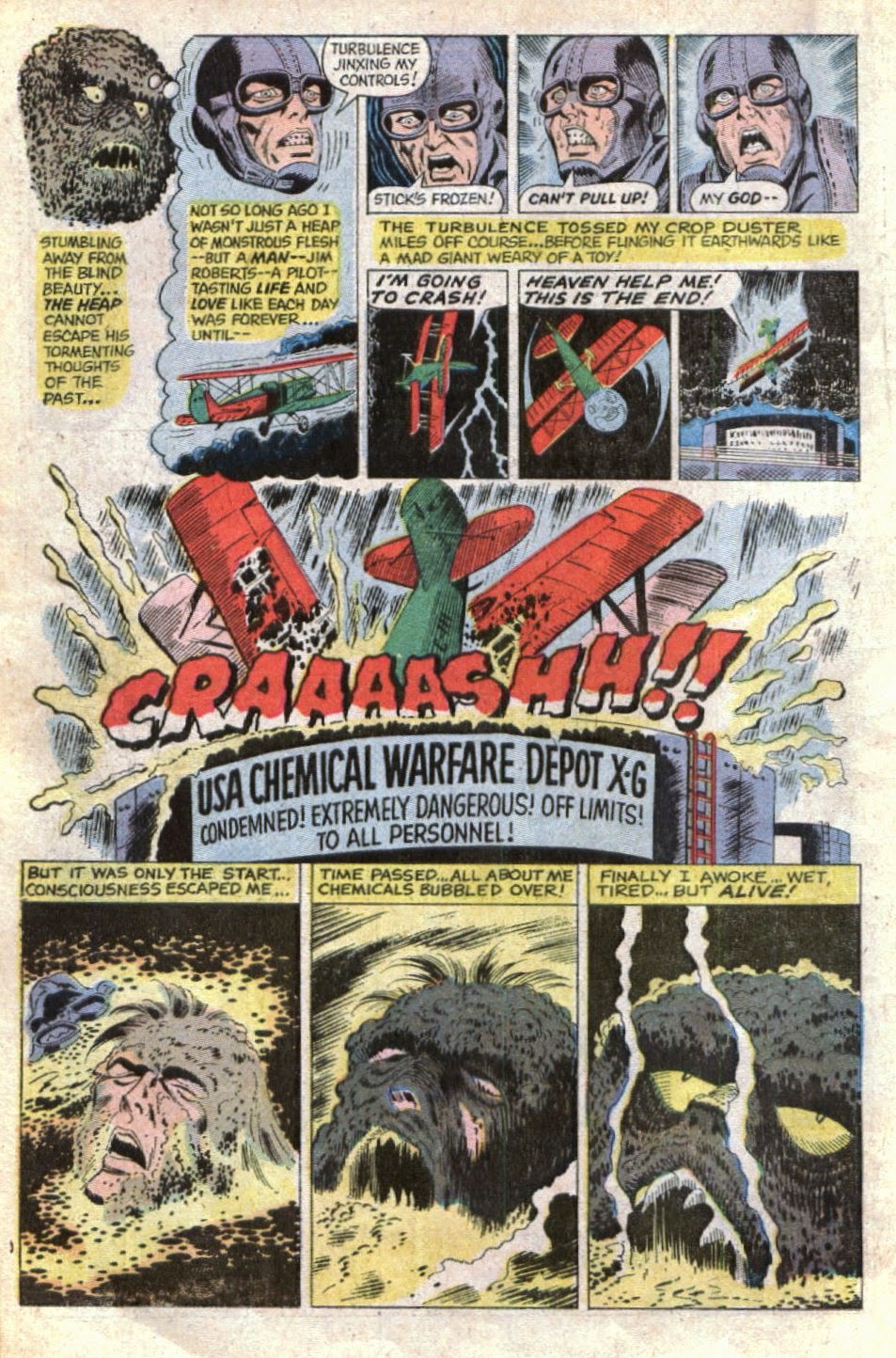 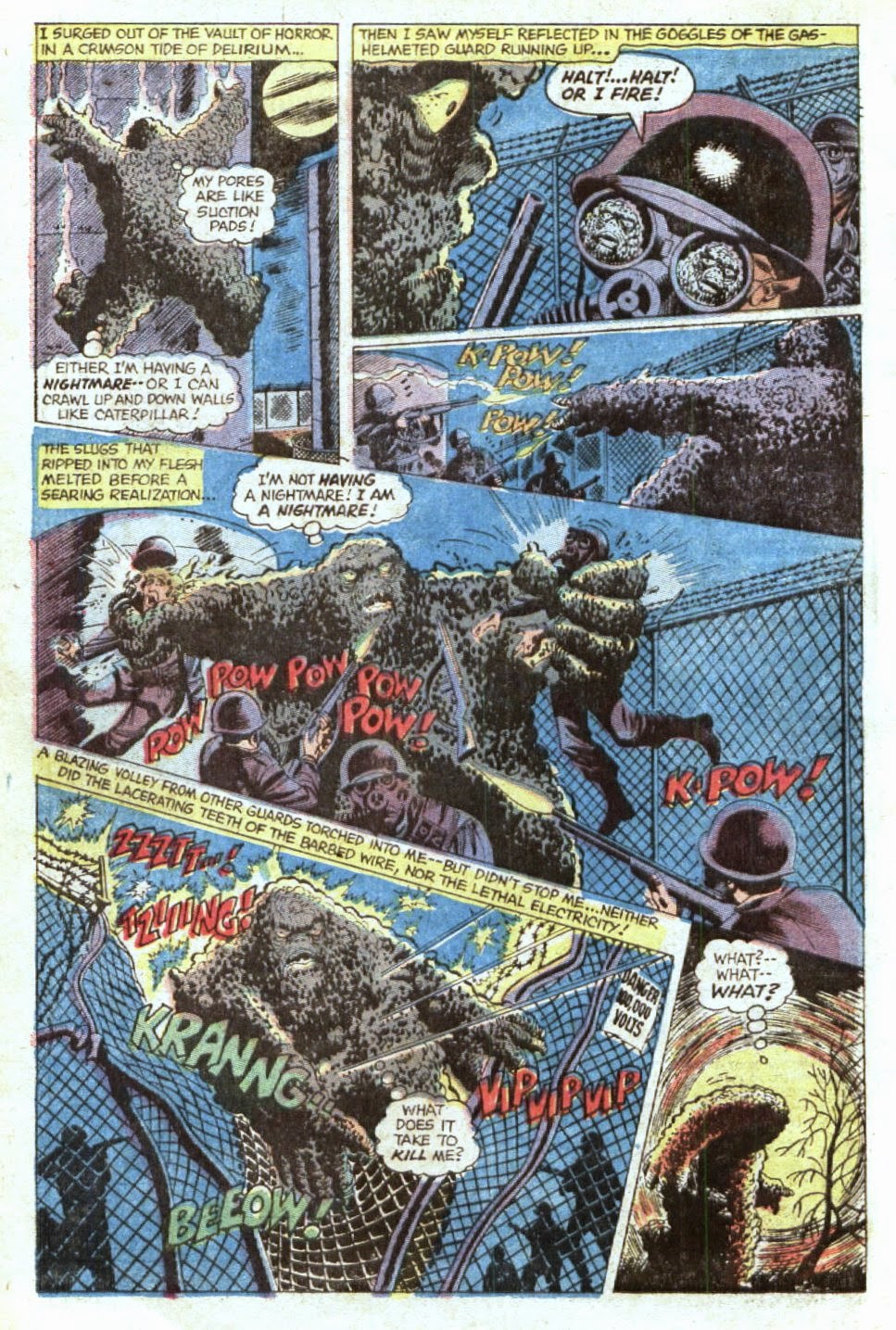 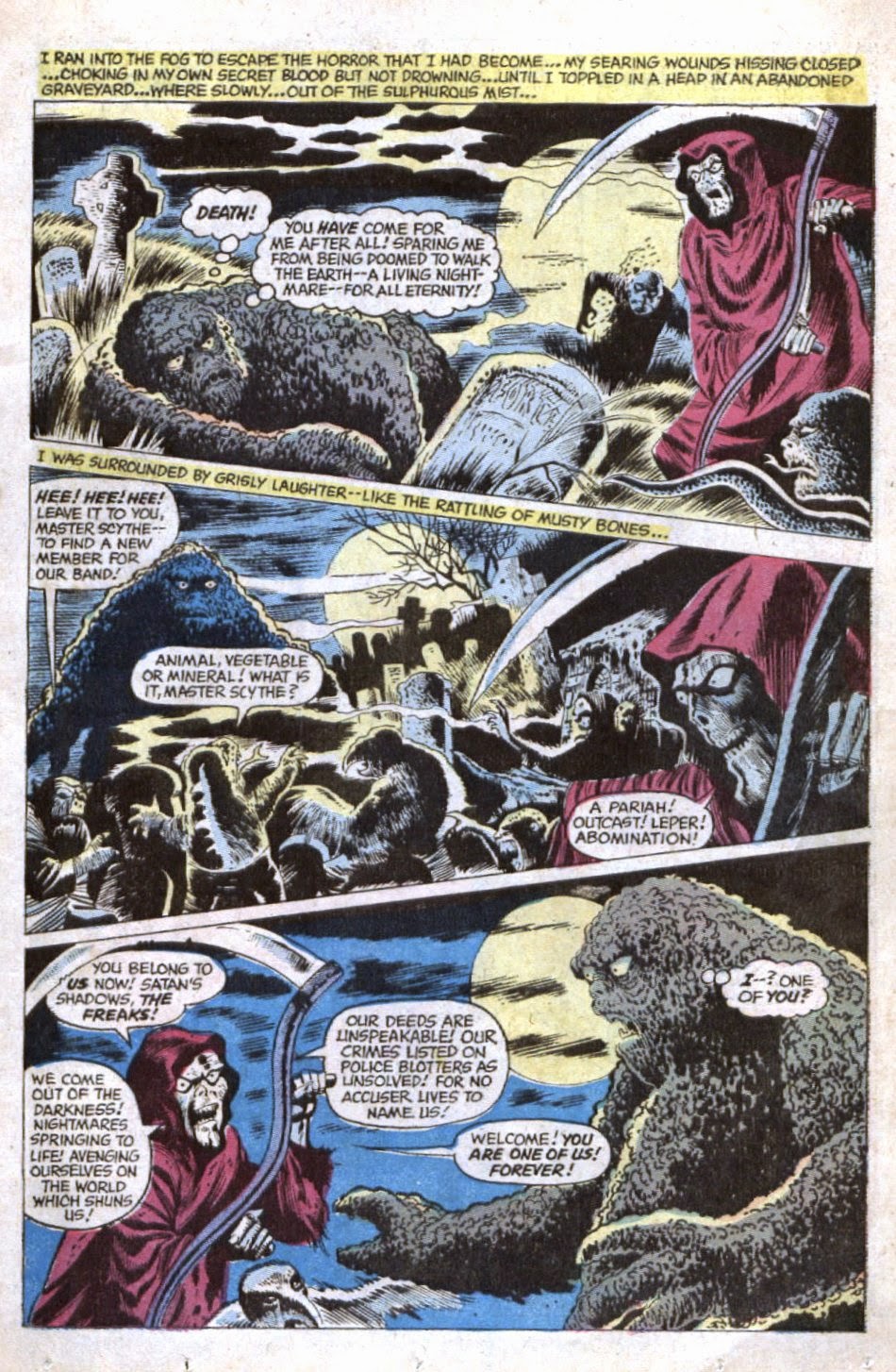 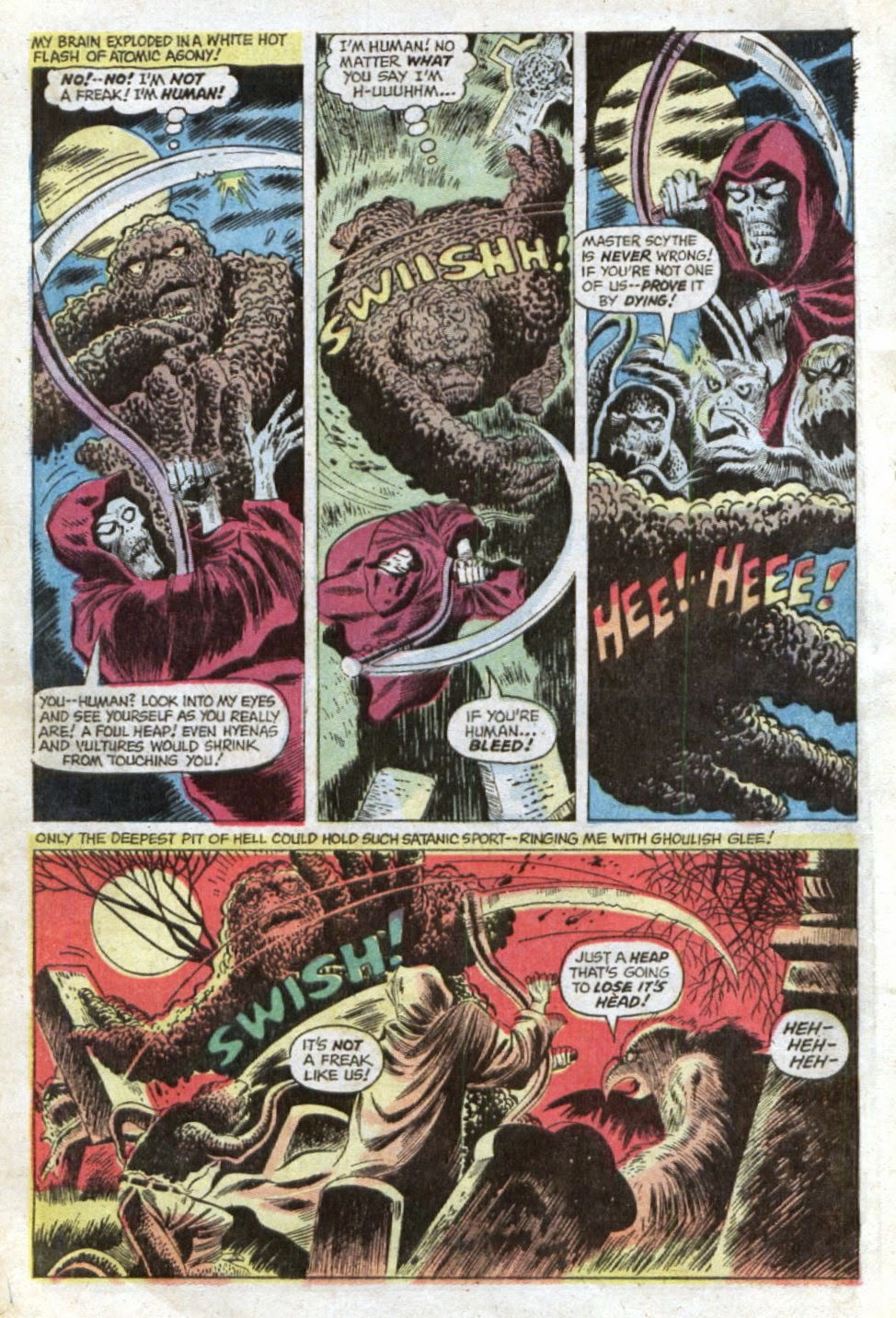 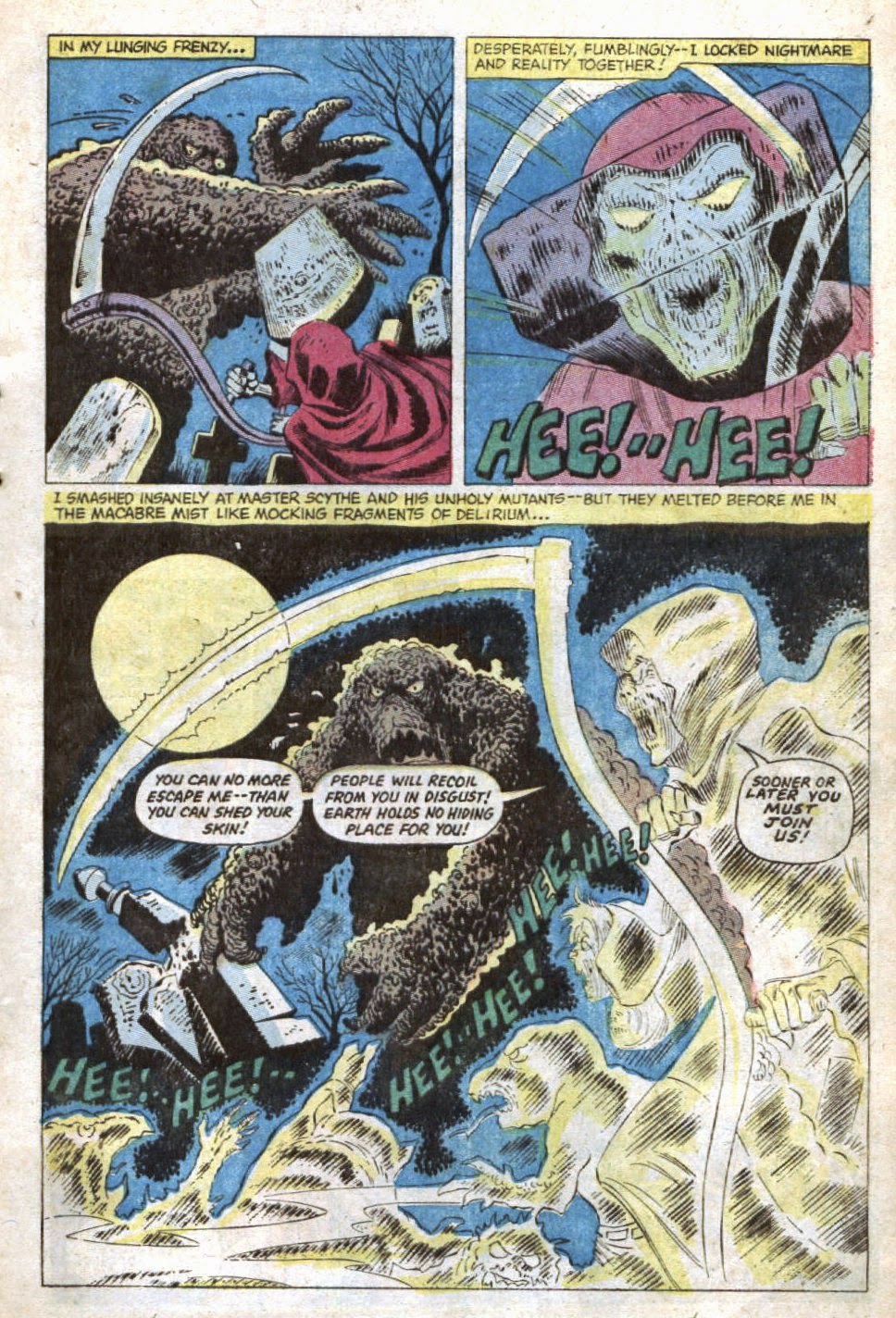 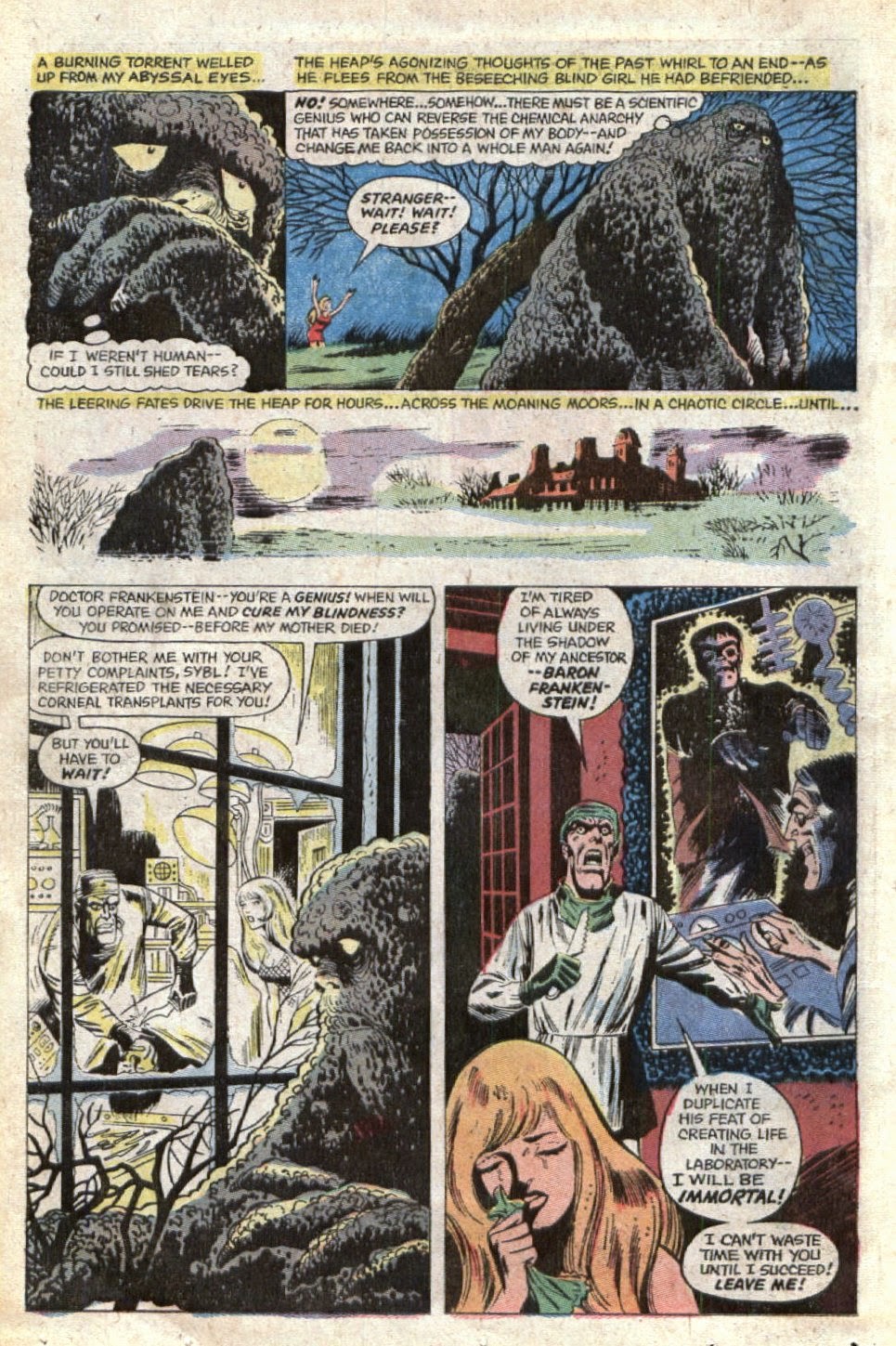 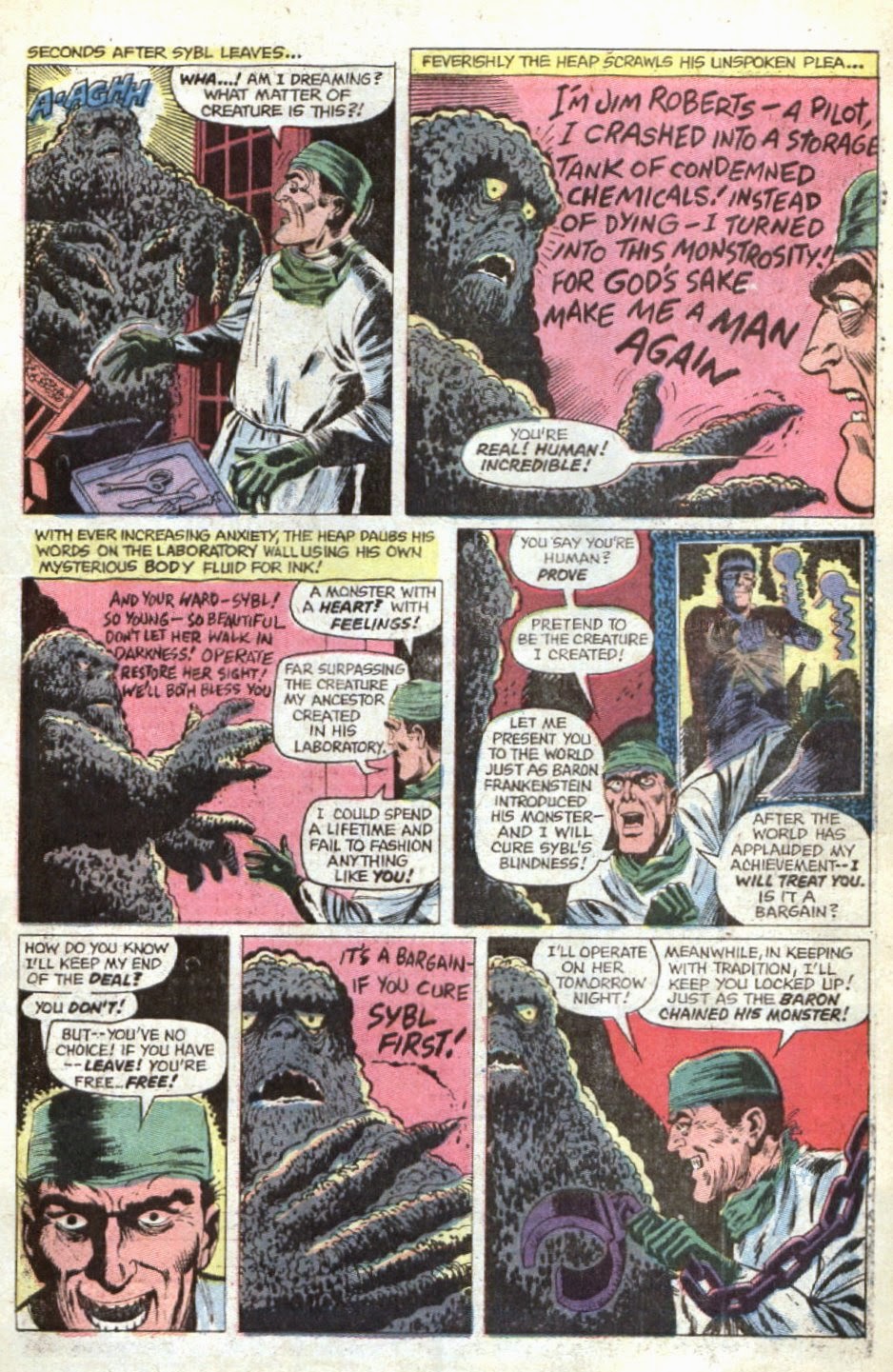 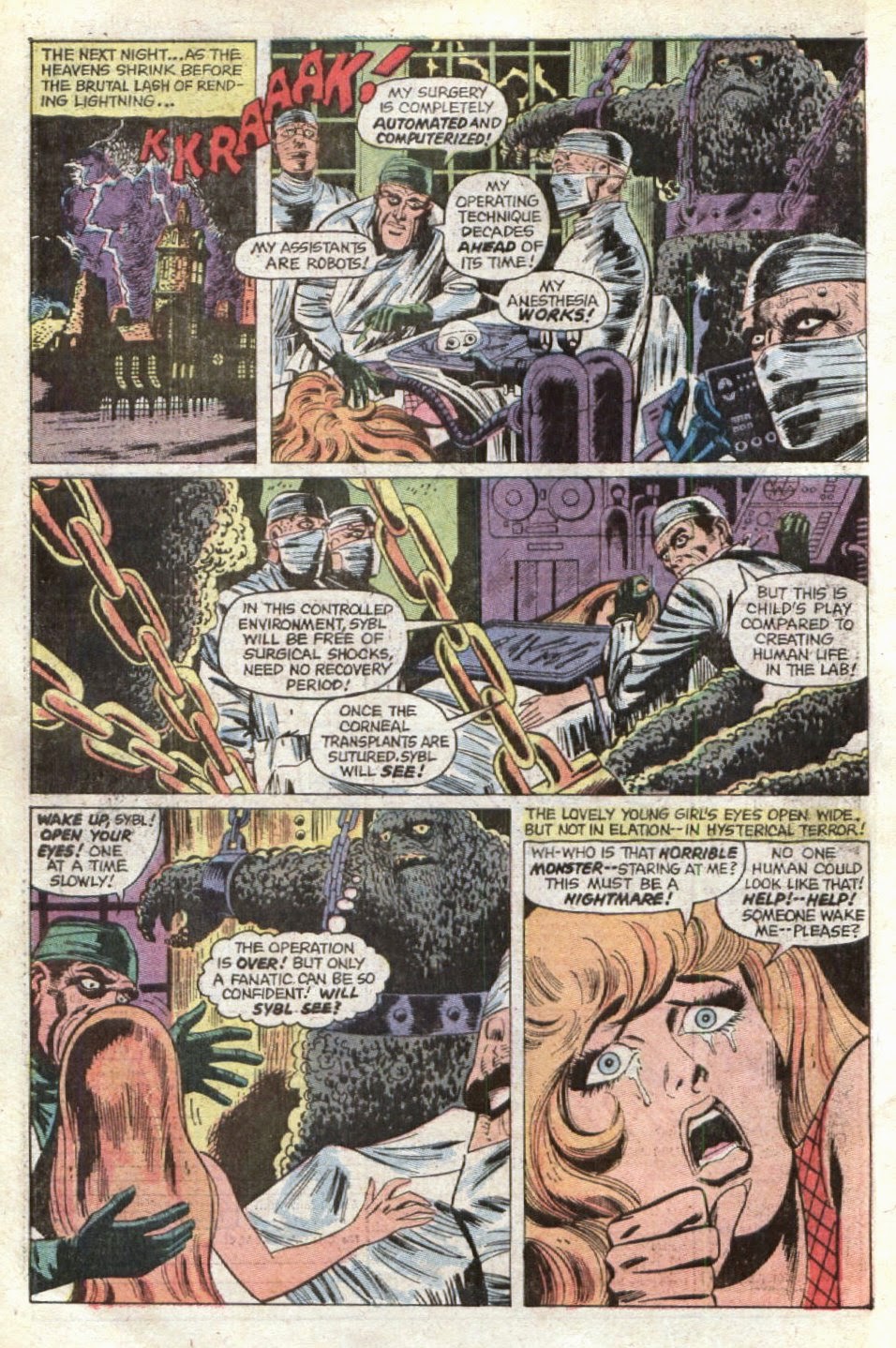 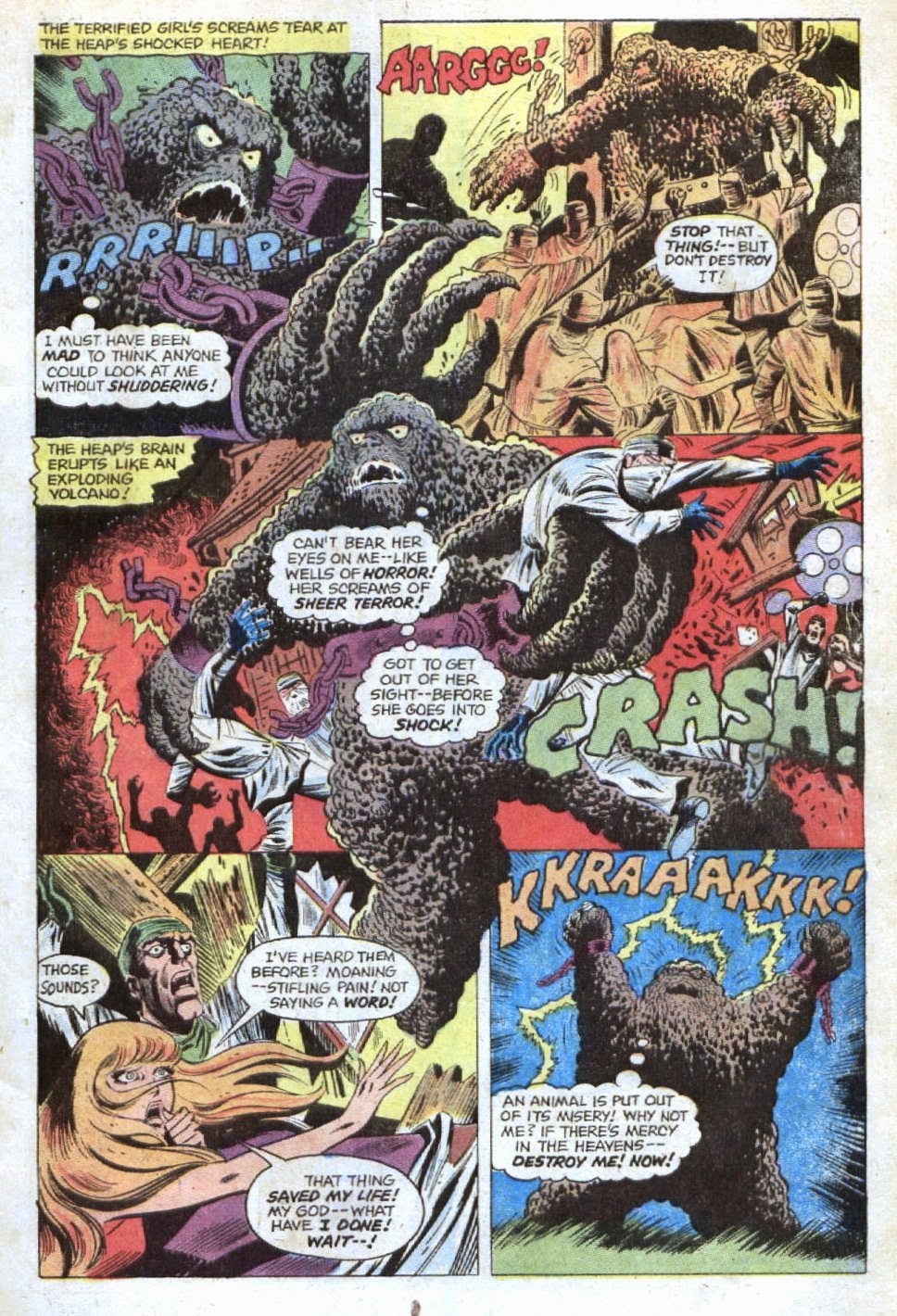 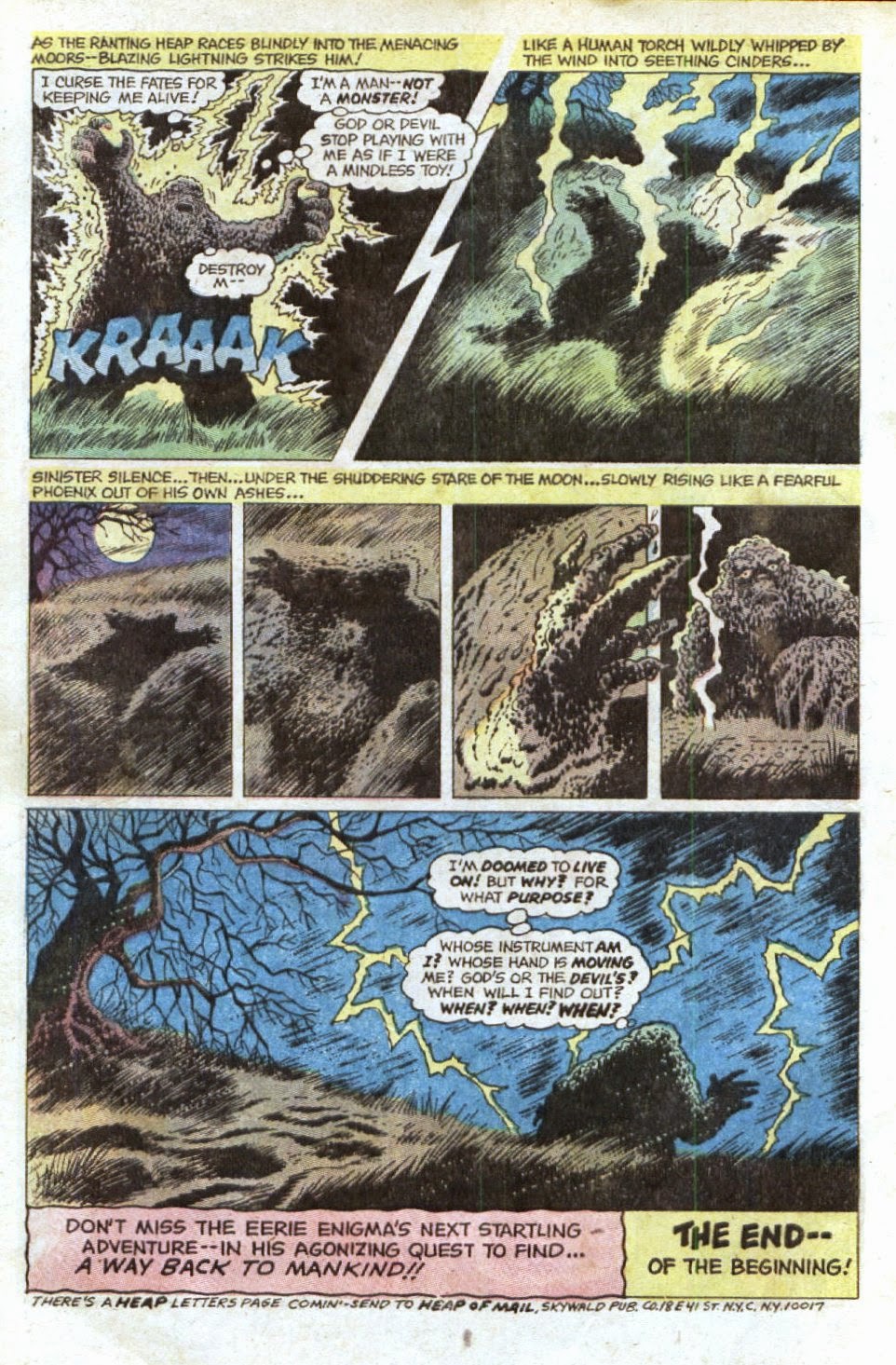