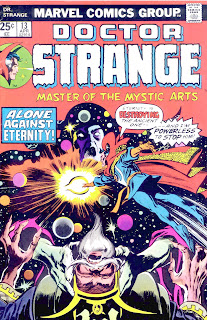 Hey, remember when the Earth was destroyed back in 1976, and we all died, then Dr. Strange saved us and we were all reborn as exact duplicates of ourselves?
No? Oh, that's right, only Doc and Steve Englehart were allowed to keep their memories of The End & Resurrection Of The World.
Even for Stainless Steve & Genial Gene, even for '70's Marvel, Planet Earth Is No More is out there. Like OUT THERE. To this day, I don't really understand what's happening in this issue ( and the issues leading up to it ) but that doesn't matter. This is less a story than an experience.
Eternity's behaviour for instance, his absolute refusal to save the human race, then his absolute turn-around, only makes sense if you remember that Gods are always spiteful, and change their minds on a whim, while The Ancient One? God alone knows what music he's dancing to.
Englehart meanwhile, absolutely never copped out as a writer. Rather than just pretend everything was now fine, the ramifications of this issue were felt for a good long while after, not least Clea's struggle to accept that she was actually no longer herself, but an exact replacement.
Wong, presumably, took it all in his stride as per.
And how appropriate that, after all he's experienced, the last panel is simply Doc sitting back at home, trying to take it all in. Or, as Steve says, 'coming down.' Well, we've all read Marvel Comics: The Untold Story, right? 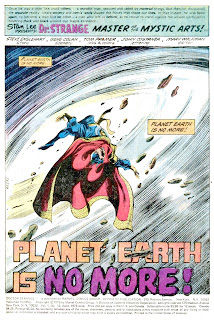 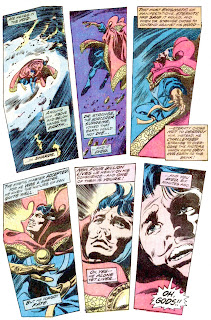 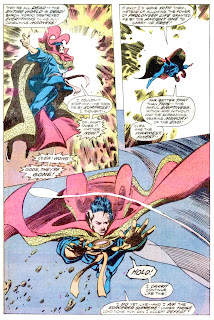 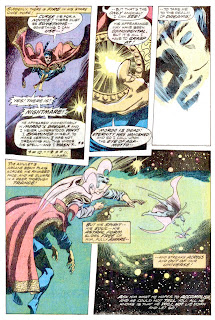 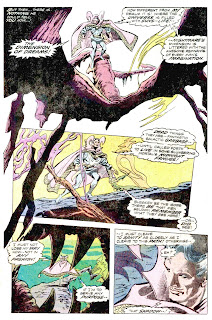 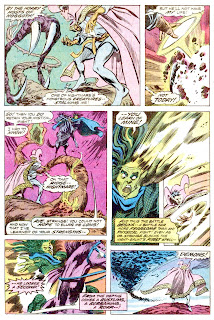 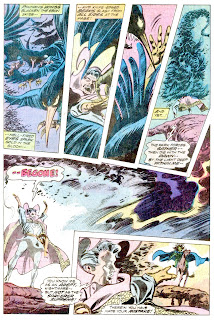 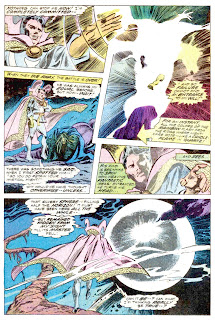 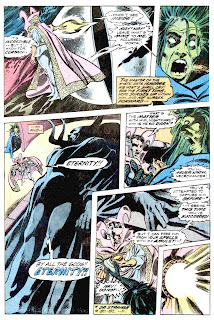 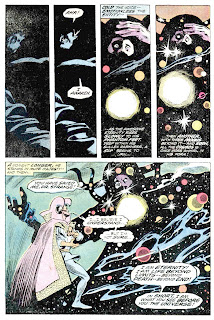 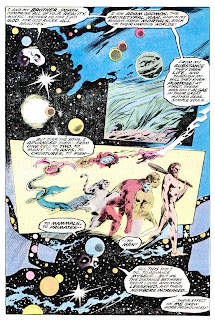 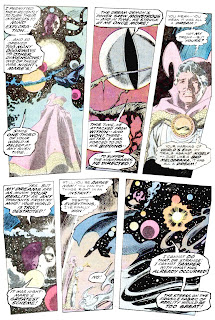 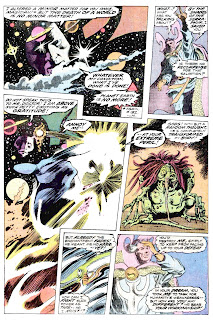 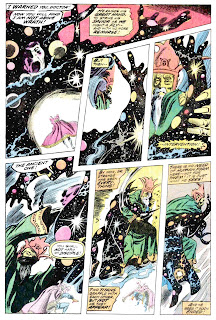 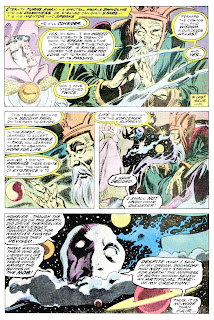 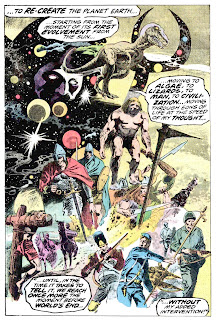 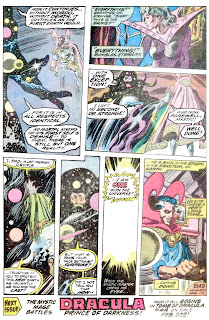