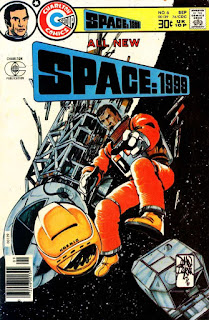 Charlton's Space:1999 comic ( and magazine ) was actually one of the better TV adaptations of the time, so it's a shame it only got 7 issues to strut it's stuff. Here's a great example as, decades before Sandra Bullock got stranded in space with no hope of rescue in Gravity, Martin Landau and a not very subtly shoehorned in John Byrne face the same problem.
Byrne both wrote and drew here, and though he probably hates it now, it's a bit of a tour de force from the crafty Canuck, especially the prologue and first chapter.
In fact, the prologue clearly exists solely so that Byrne can practice doing his aliens with multi-syllabled names for X-Men ( and I always thought it was Claremont who came up with stuff like N'Garai and Sa'arpool ). In fact the prologue is a whole tale by itself, and has almost nothing to do with the main story, which is fun.
You even get a patented Police Squad ending, where everybody freeze frames and laughs at the camera. What more d'you need? 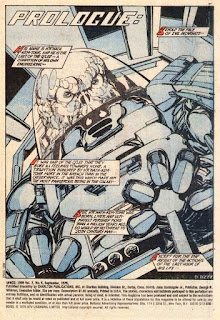 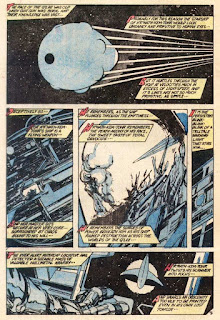 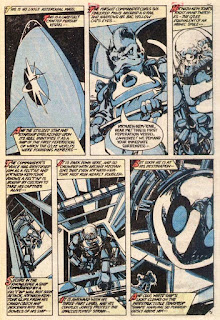 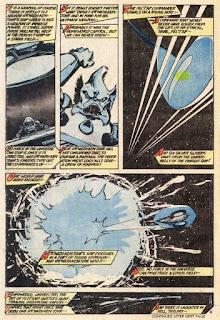 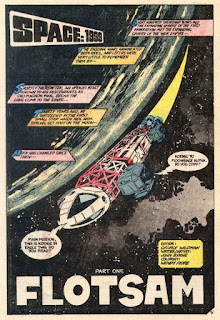 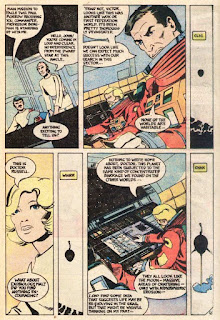 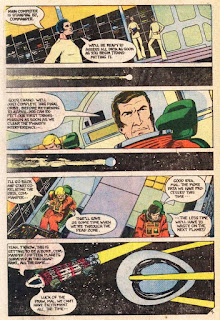 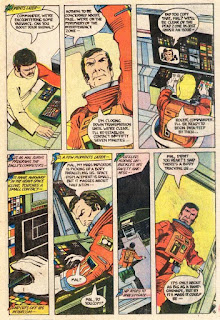 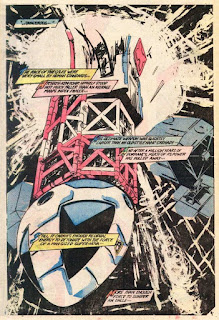 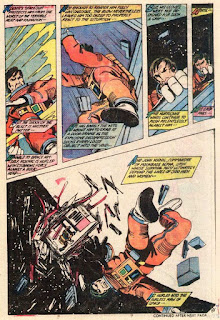 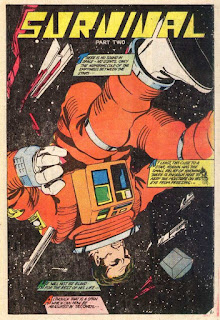 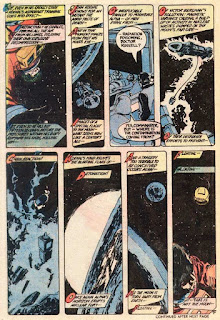 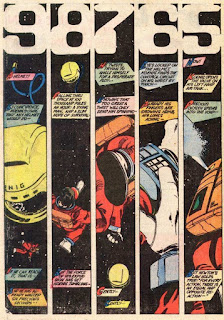 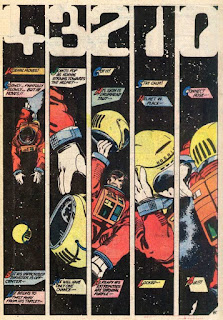 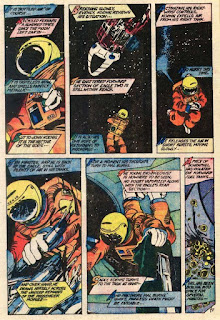 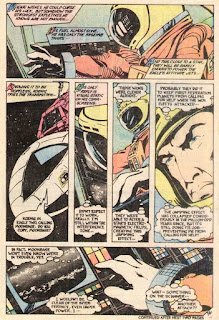 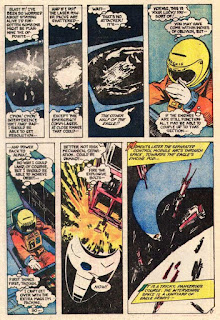 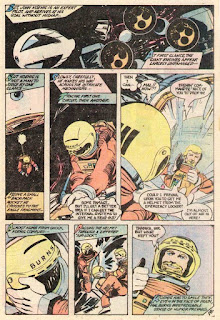 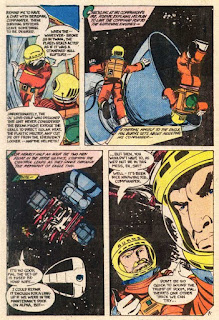 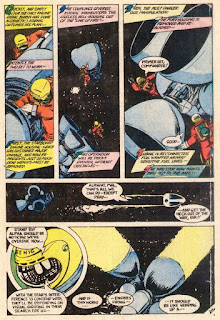 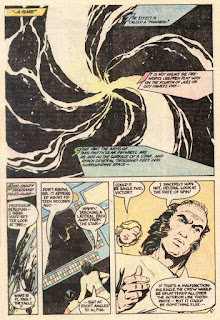 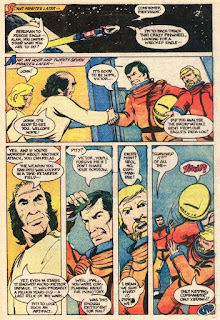