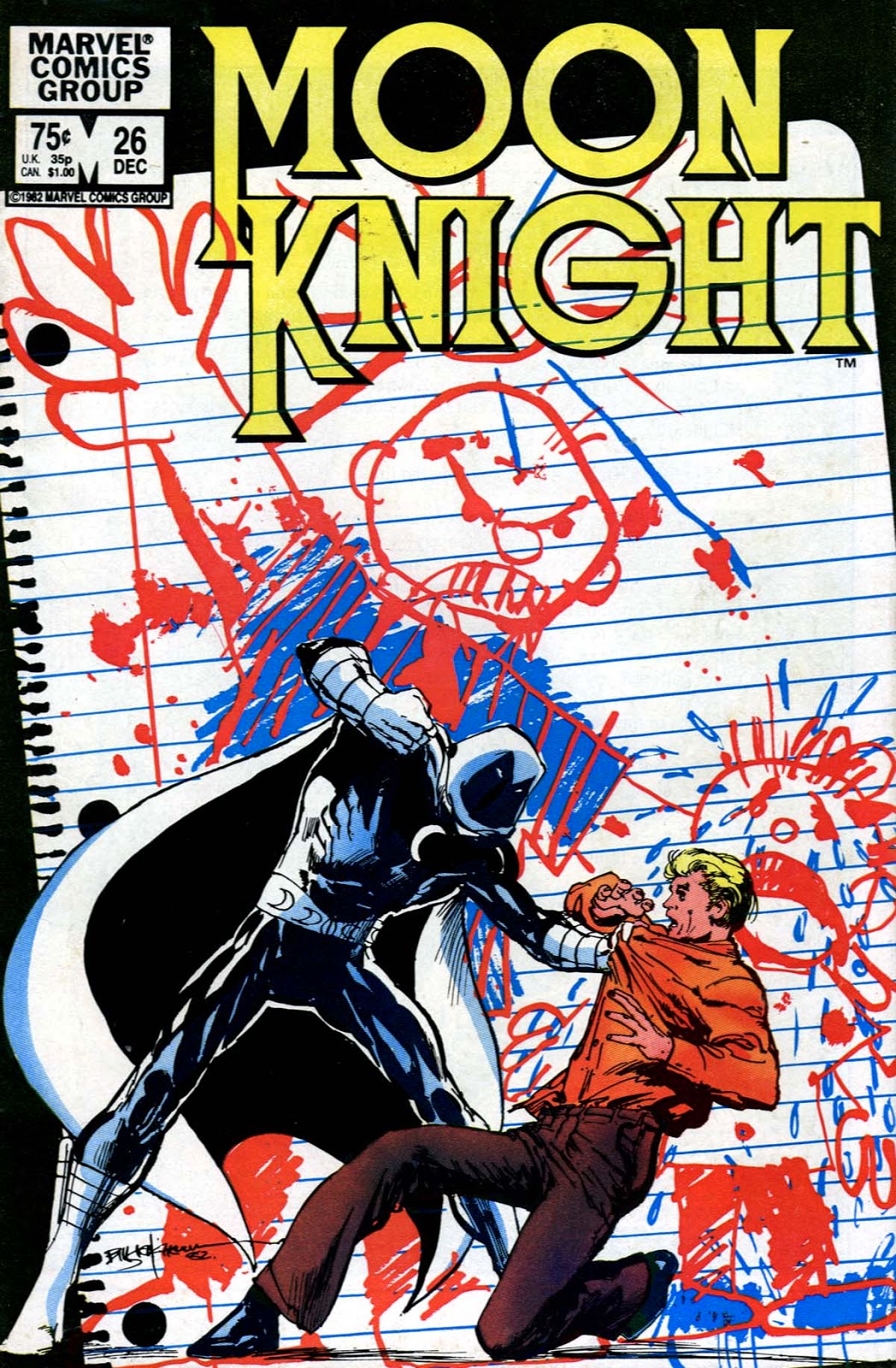 From the tail end of the Bronze Age, here's a bit of a lost masterpiece from the original series of Moon Knight. Although I've enjoyed the lunar crusader's deeply weird new run, and think it's probably the best thing Marvel are publishing at the moment, there's really only one Moon Knight series, and it's the one by Doug Moench & Bill Sienkiewicz.
MK was always a grown-up's superhero book, going down some very dark corners of the mind long before it became fashionable, and this is one of the best pieces. It's less of a story than a statement. 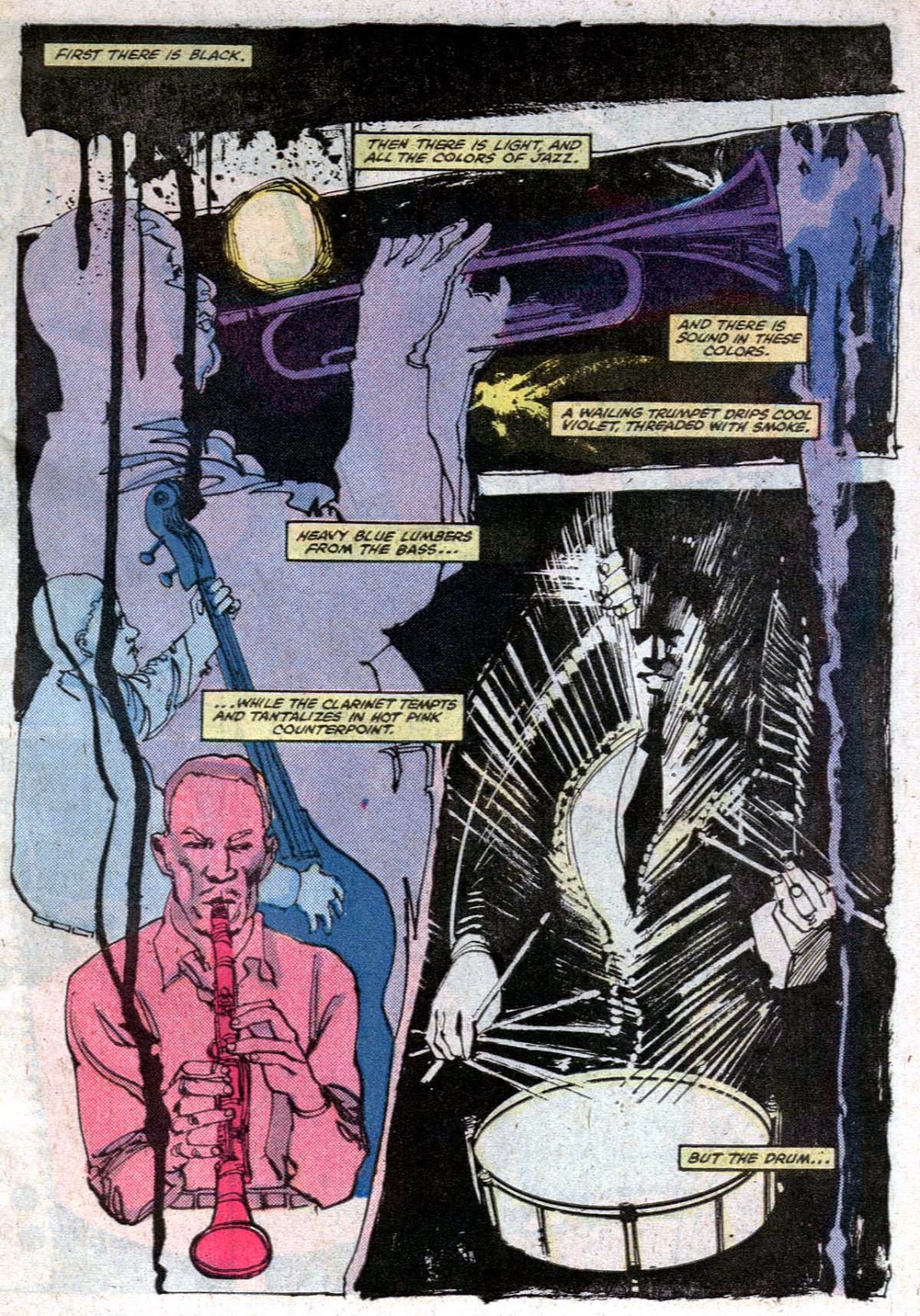 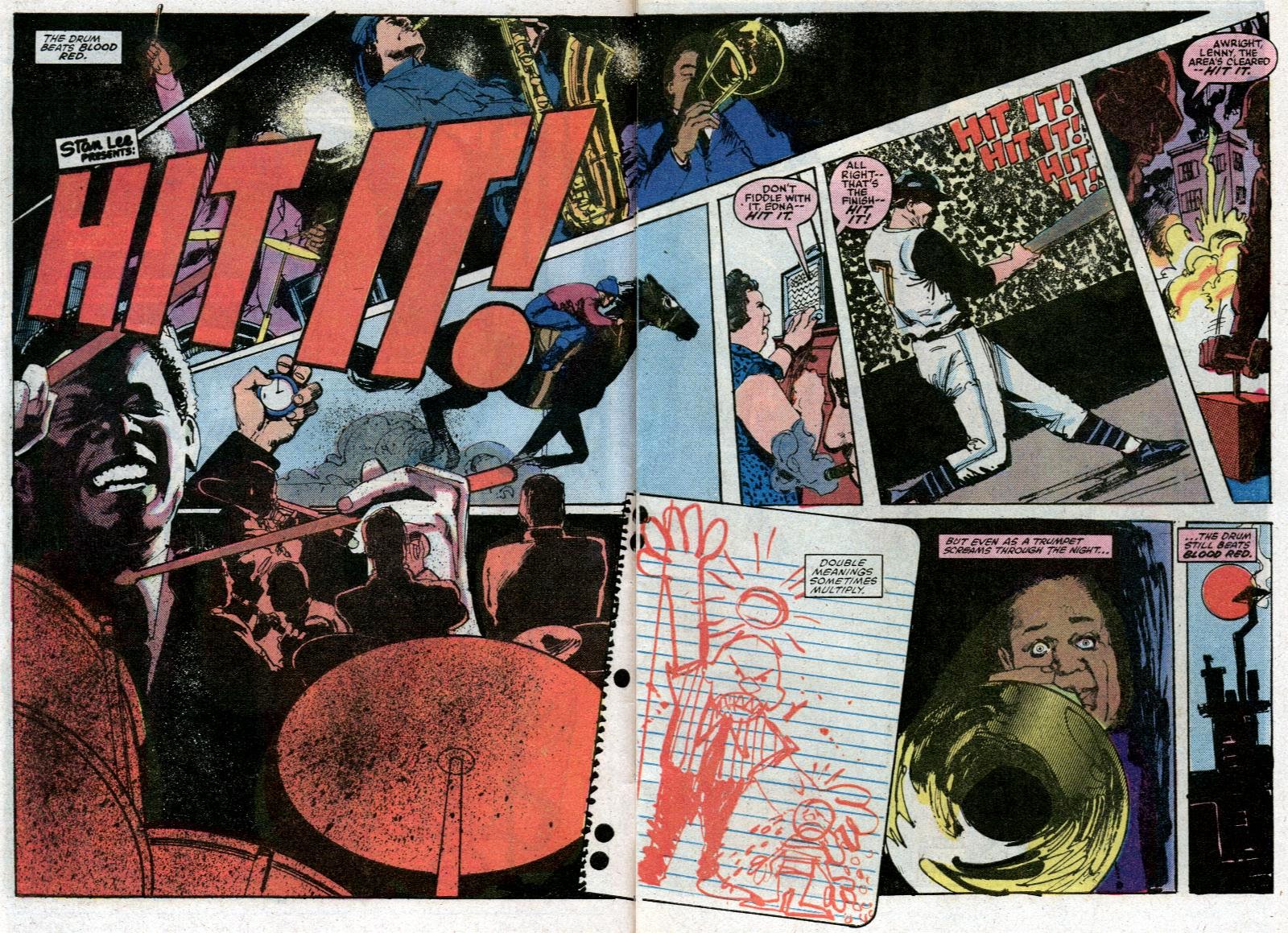 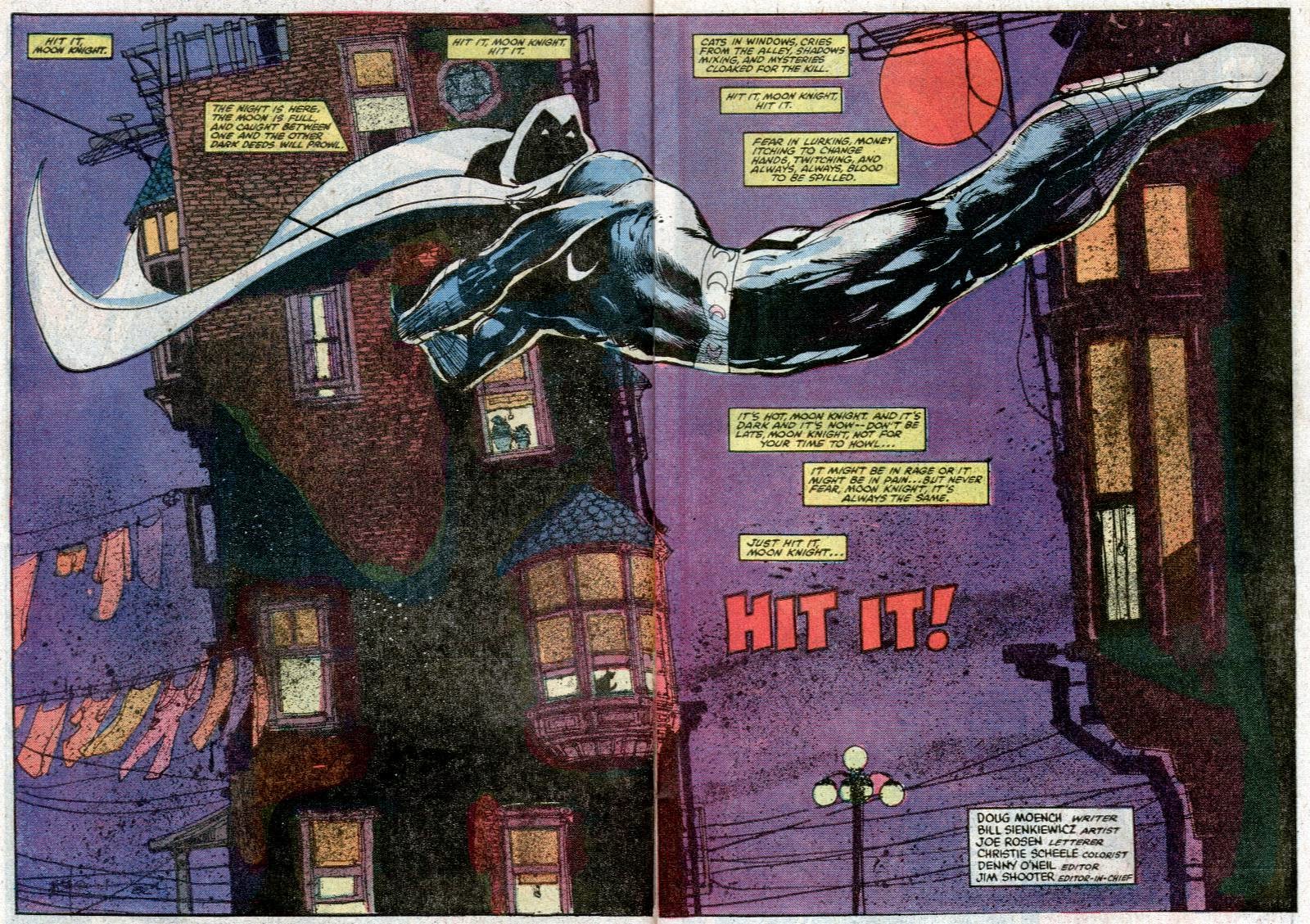 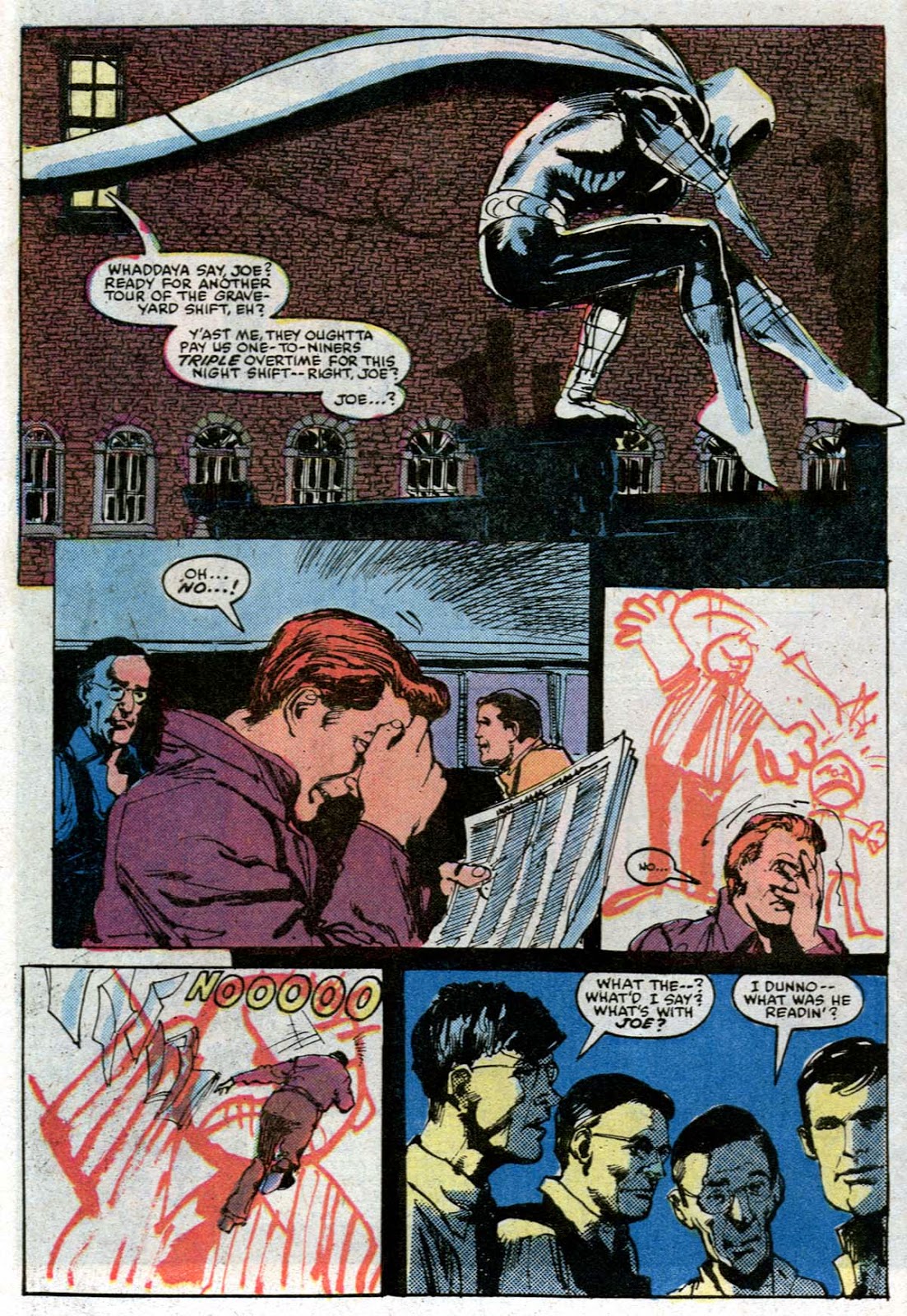 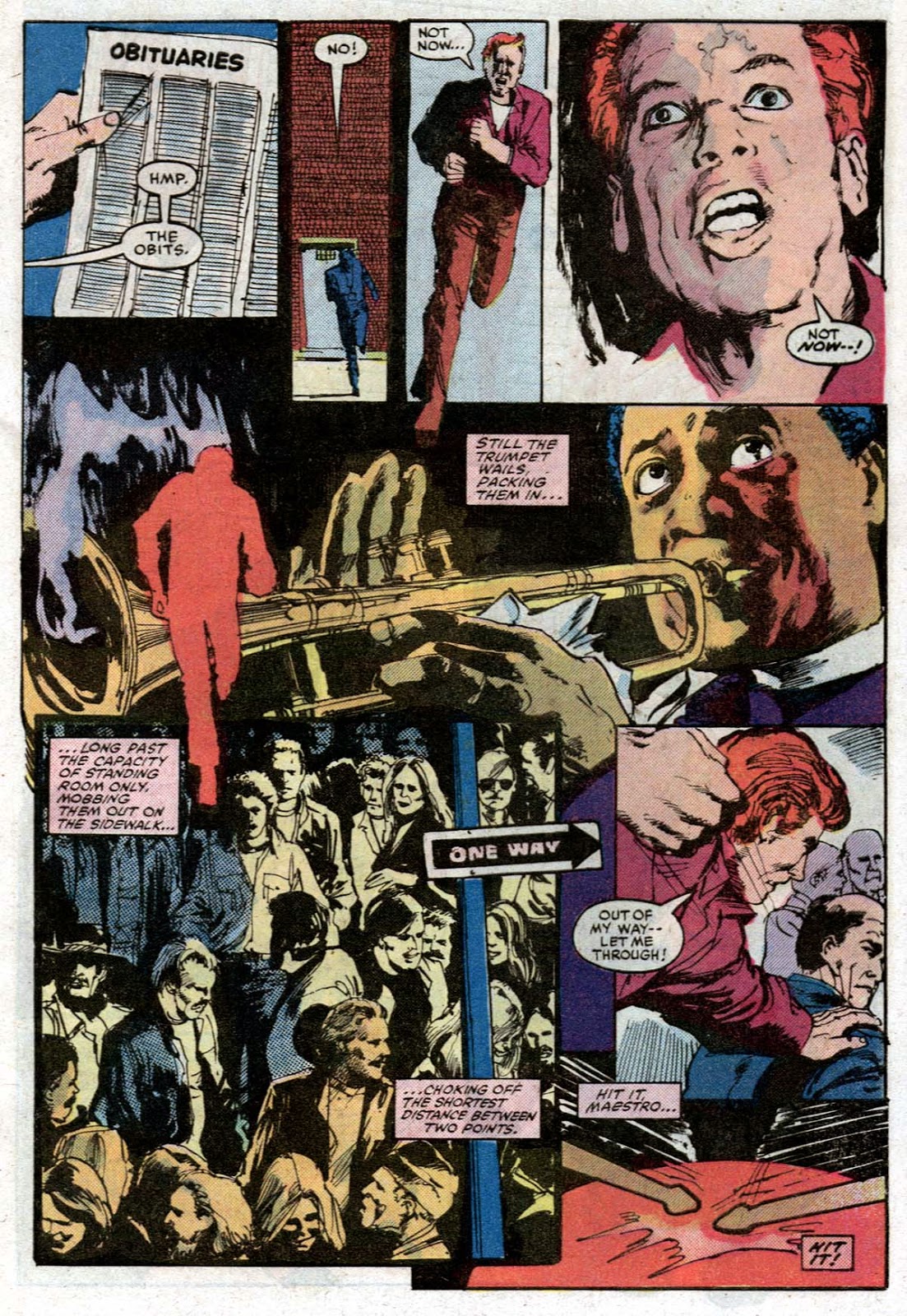 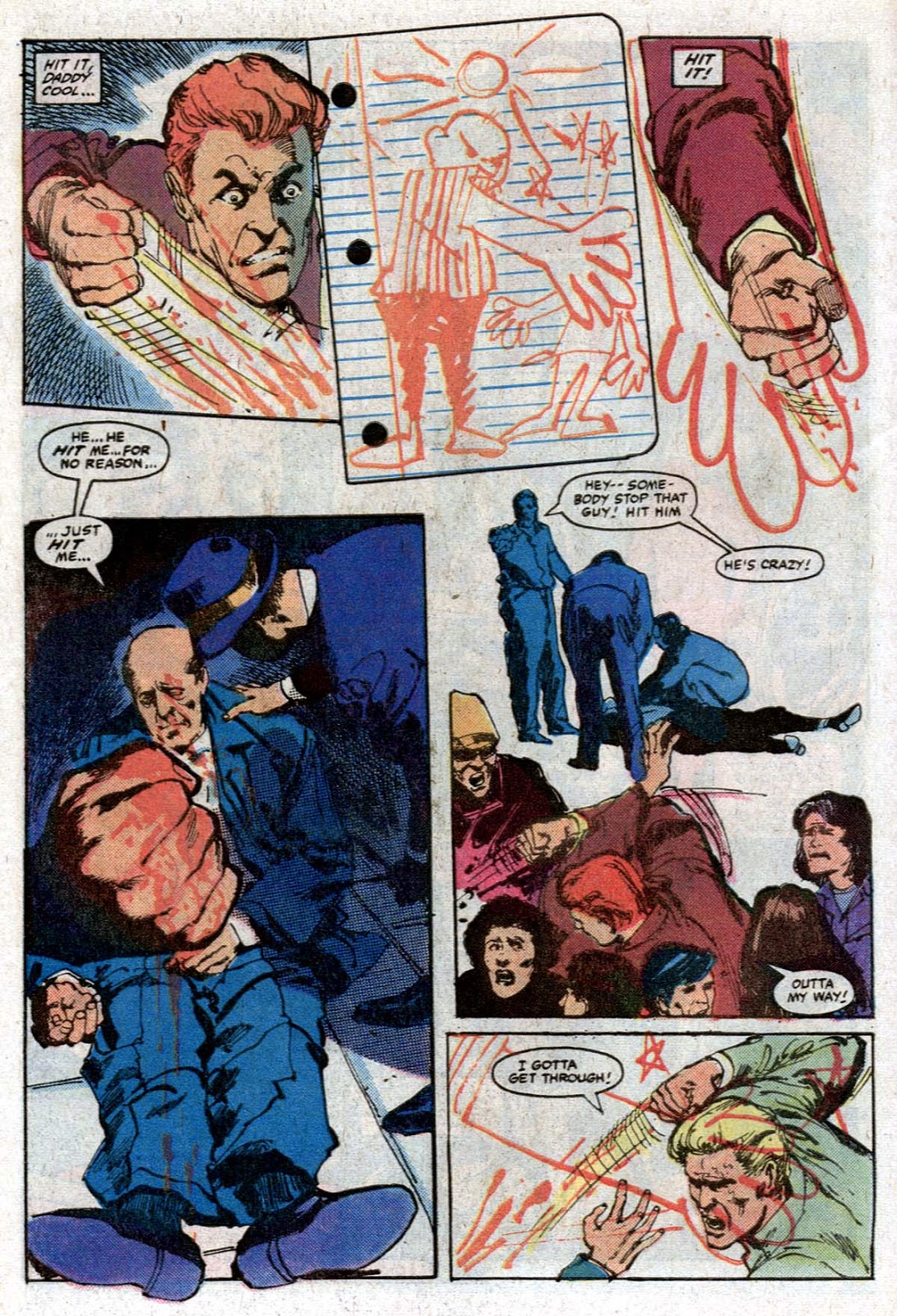 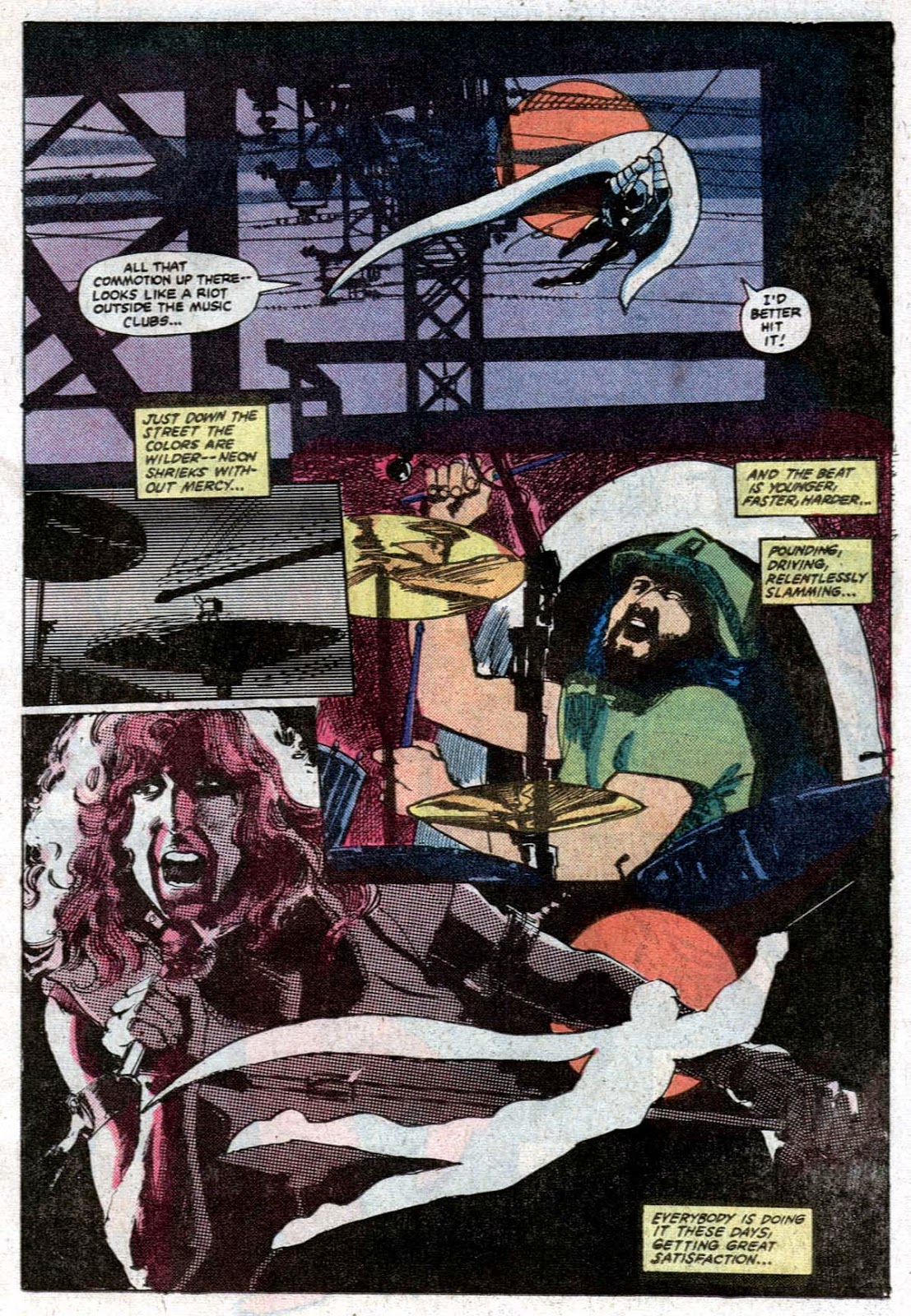 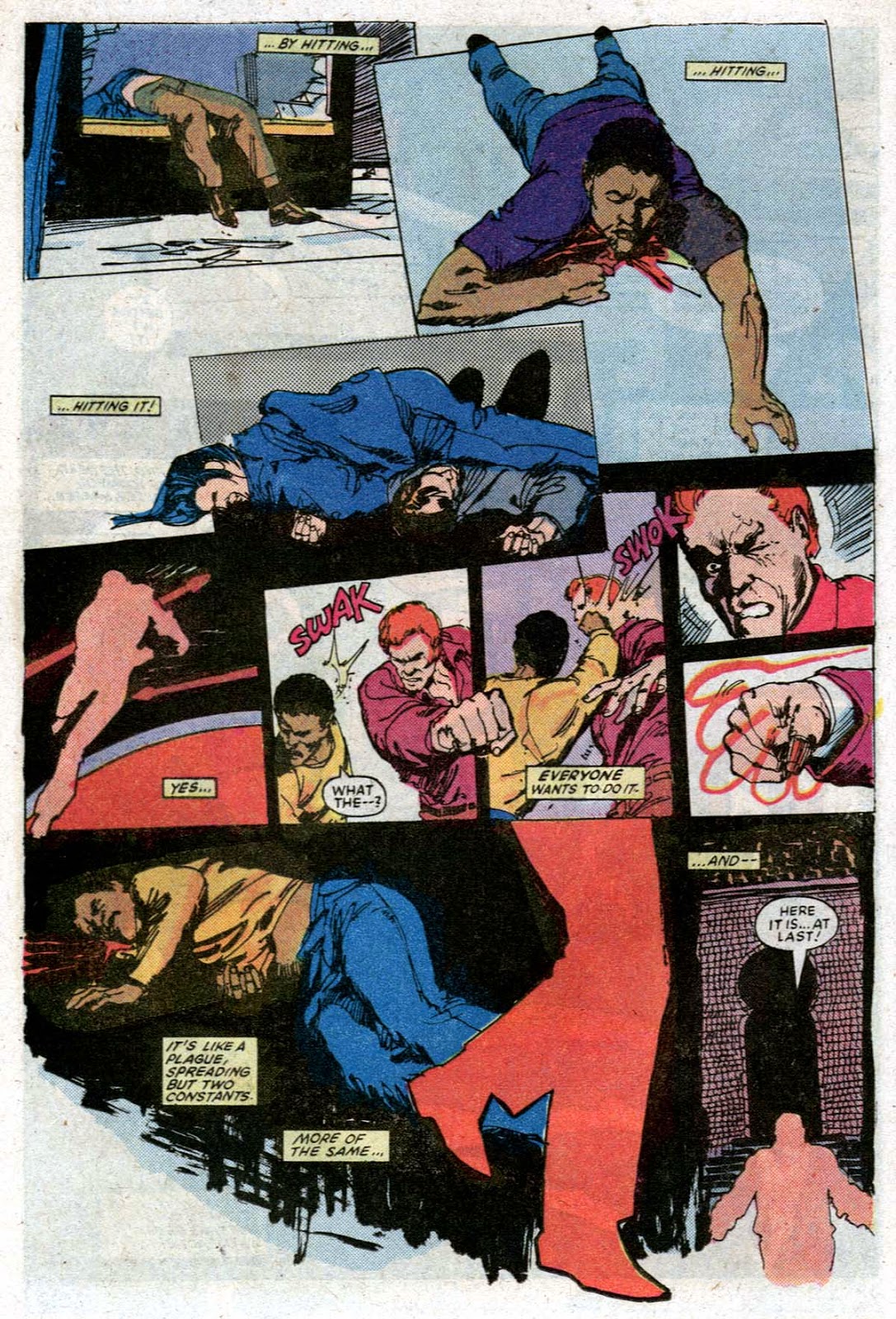 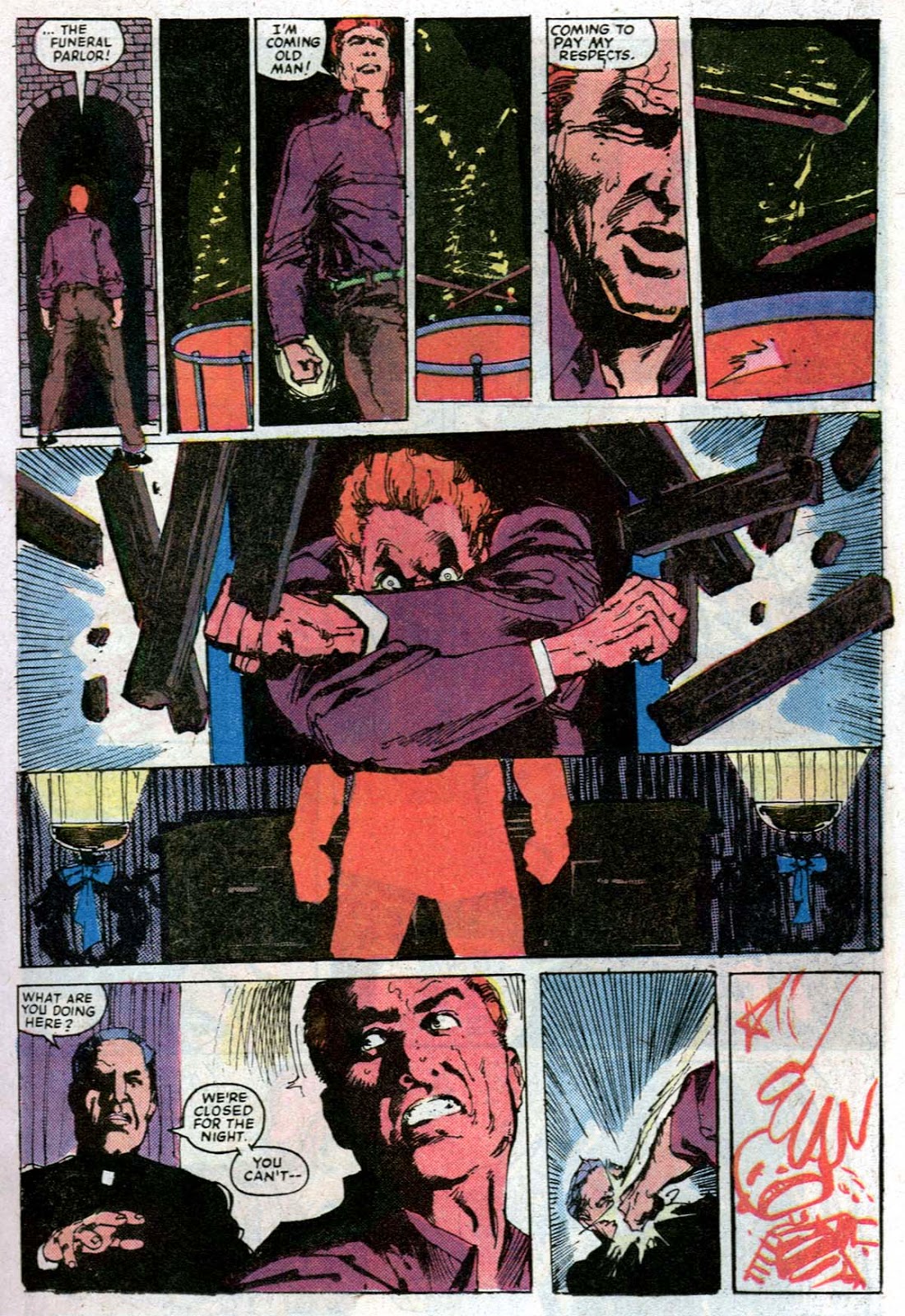 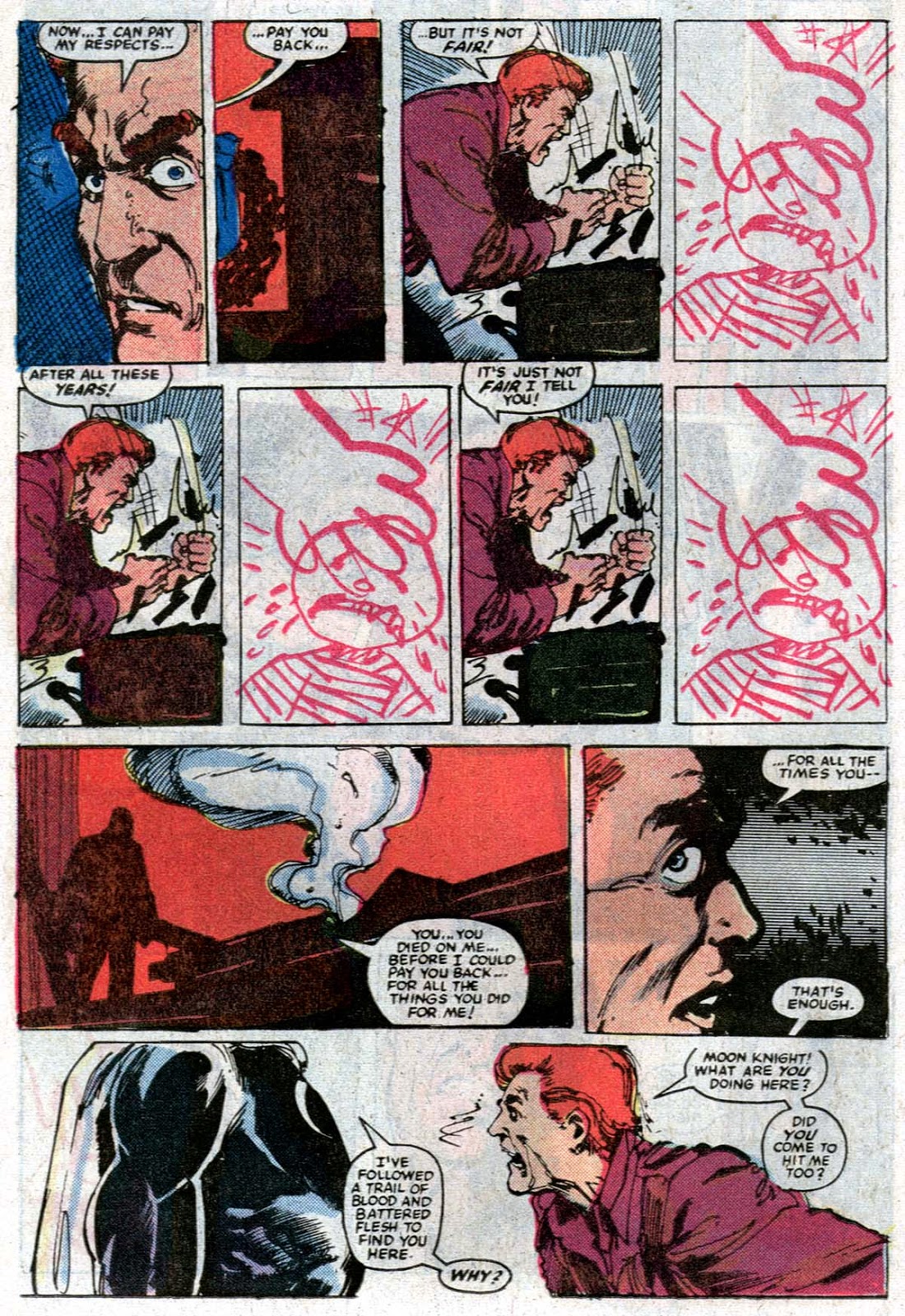 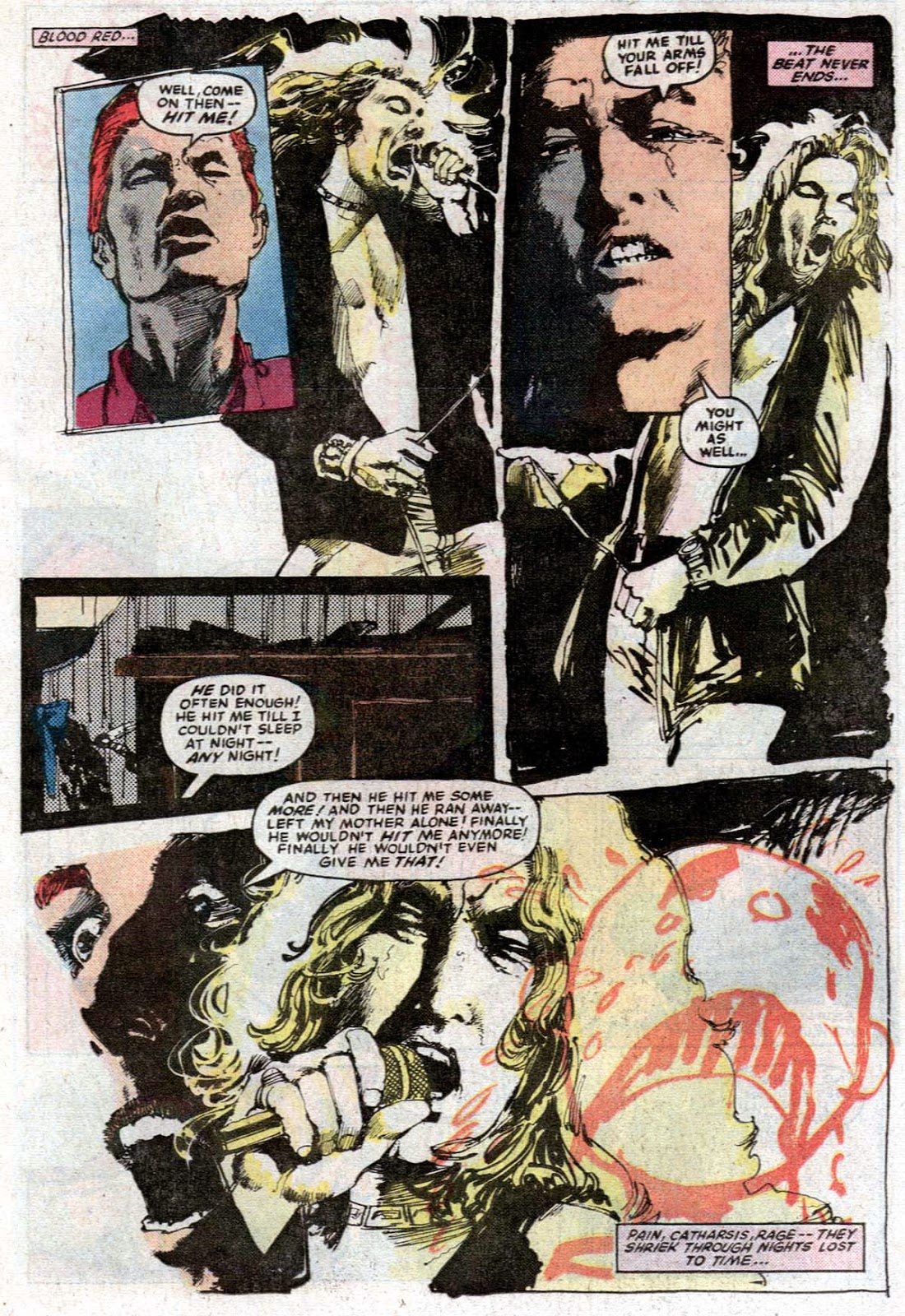 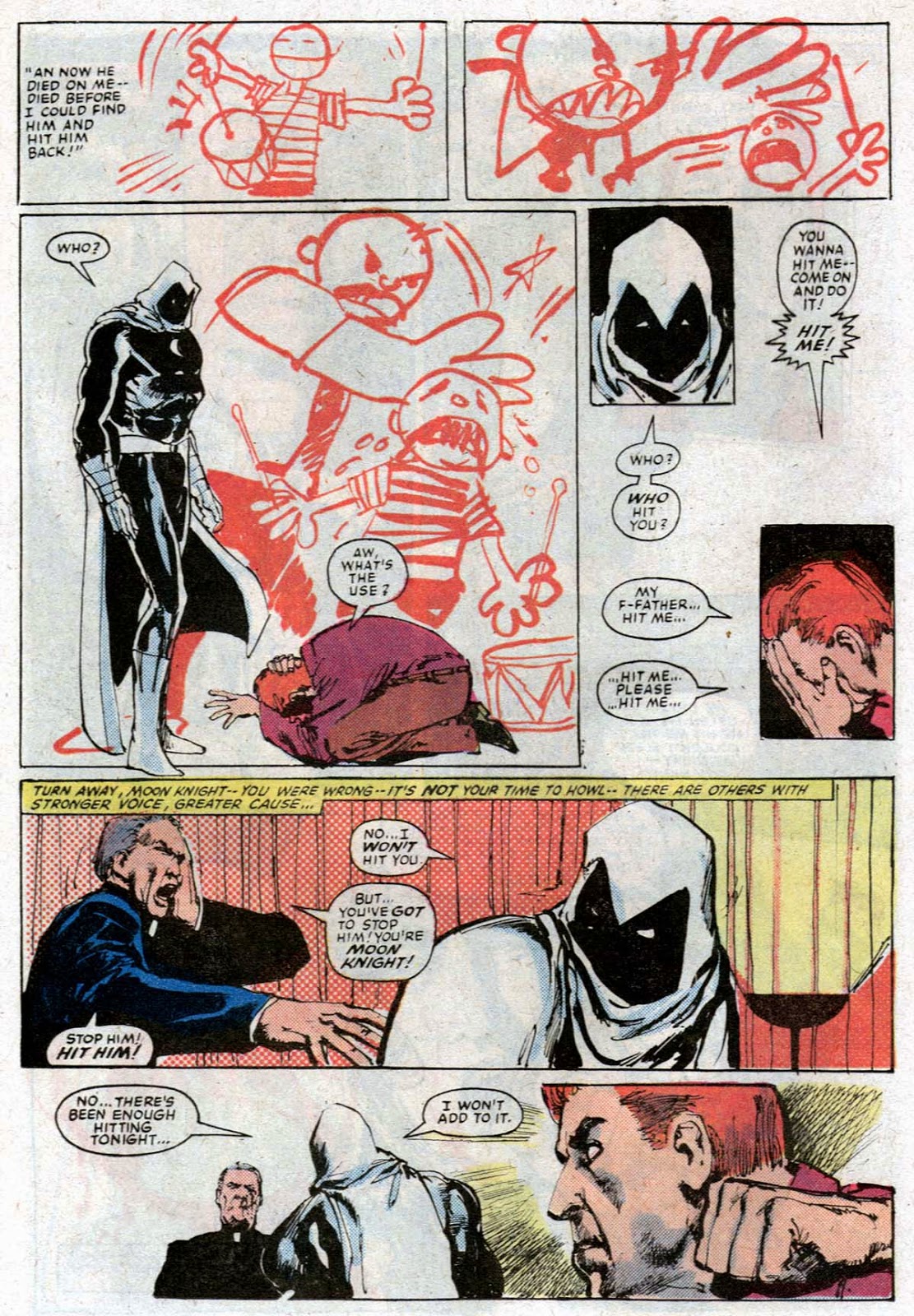 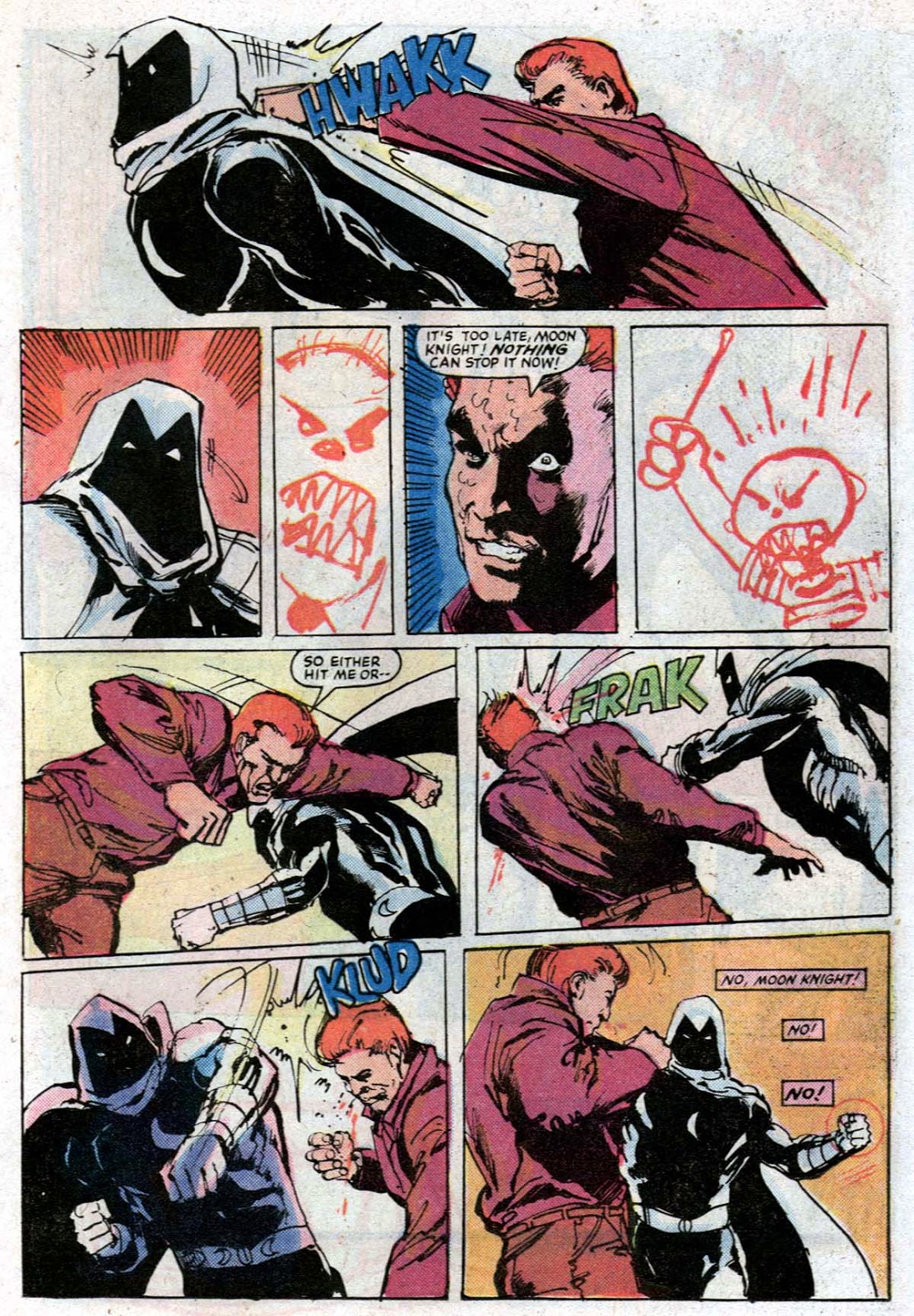 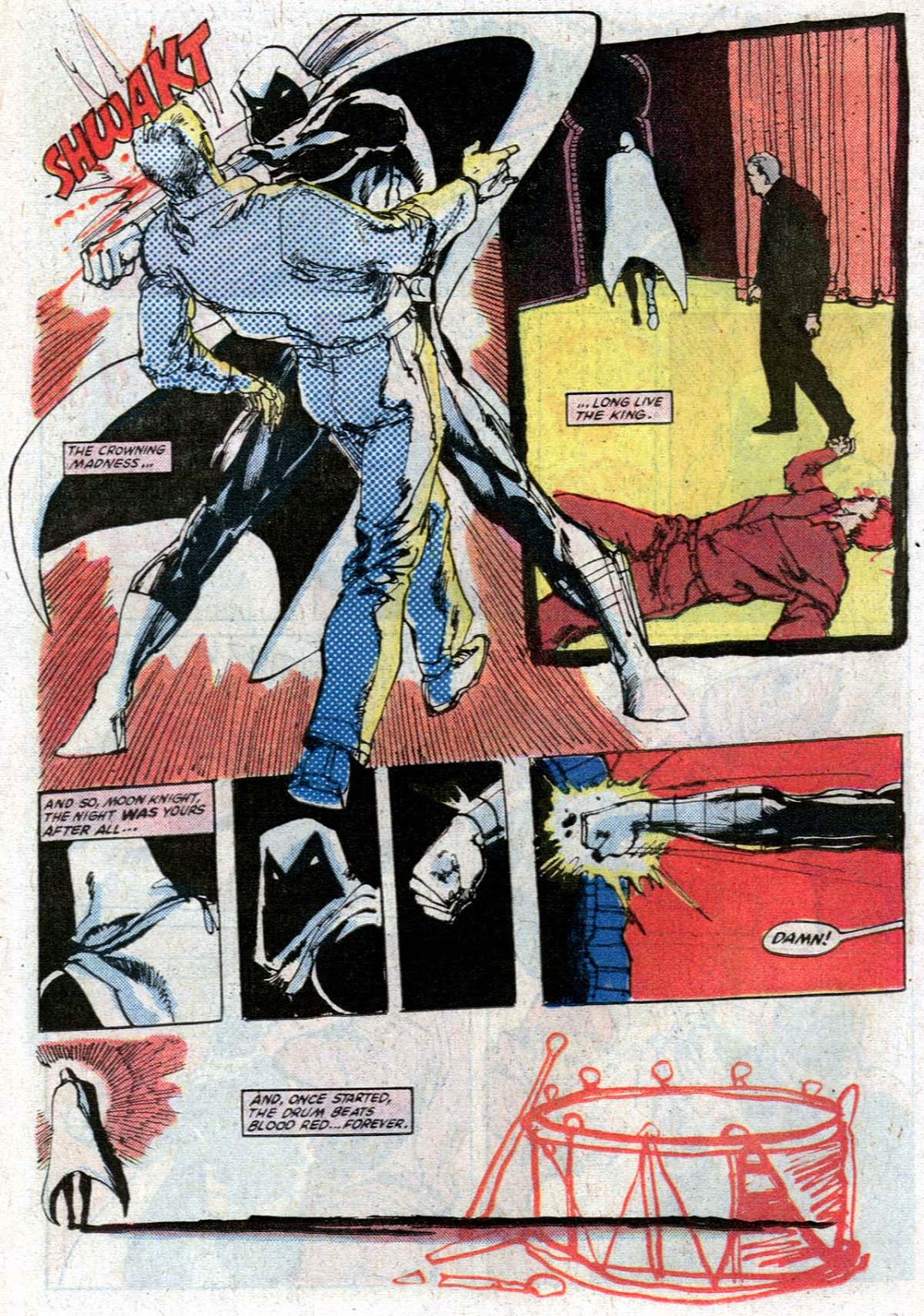