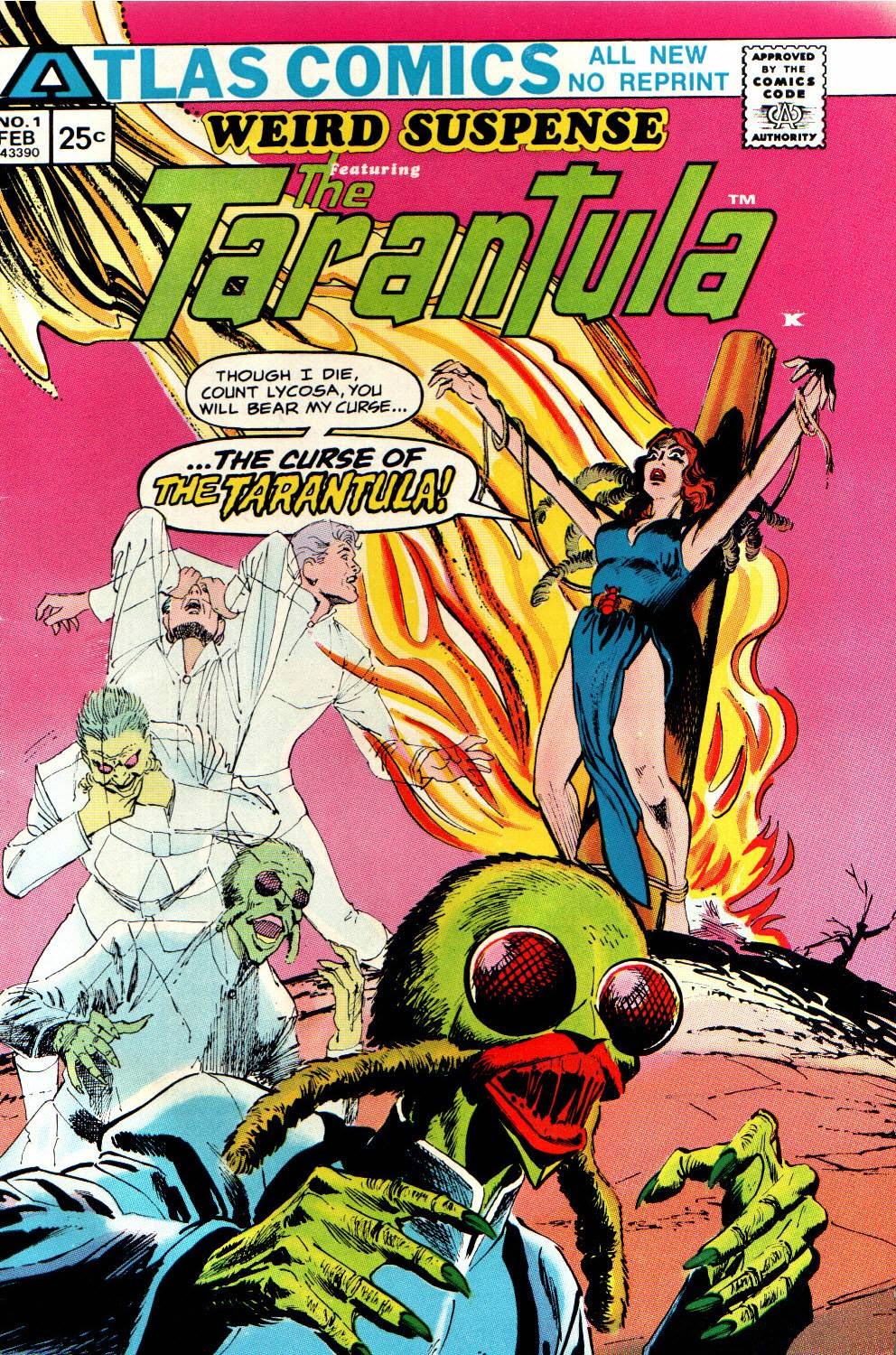 Weird Suspense Featuring The Tarantula was another cry for help from Michael Fleisher, the writer once described as 'bugfuck crazy' by Harlan Ellison, and was another misguided misfire from the much maligned Atlas Comics.
Fleisher and gang probably thought: Kids like monsters, they'll like a monster hero. But what they forgot is that the best monster heroes are, in some way, sympathetic looking. Morbius, Swamp Thing, even The Zombie, are all designed to not be too horrific.
Give the kid's a frisson of fear, let them enjoy grossing out their parents, sure, but let's not go overboard here.
I vividly remember seeing the Atlas line the day the first issues came into our local newsagents, and how repulsed I was by Ironjaw and The Tarantula especially. I reneged and bought Ironjaw 'cos Neal Adams had contributed a Conanesque frontis, but there was no way I was gonna buy Weird Suspense, not even with a Dick Giordano cover. It looked Horrible. 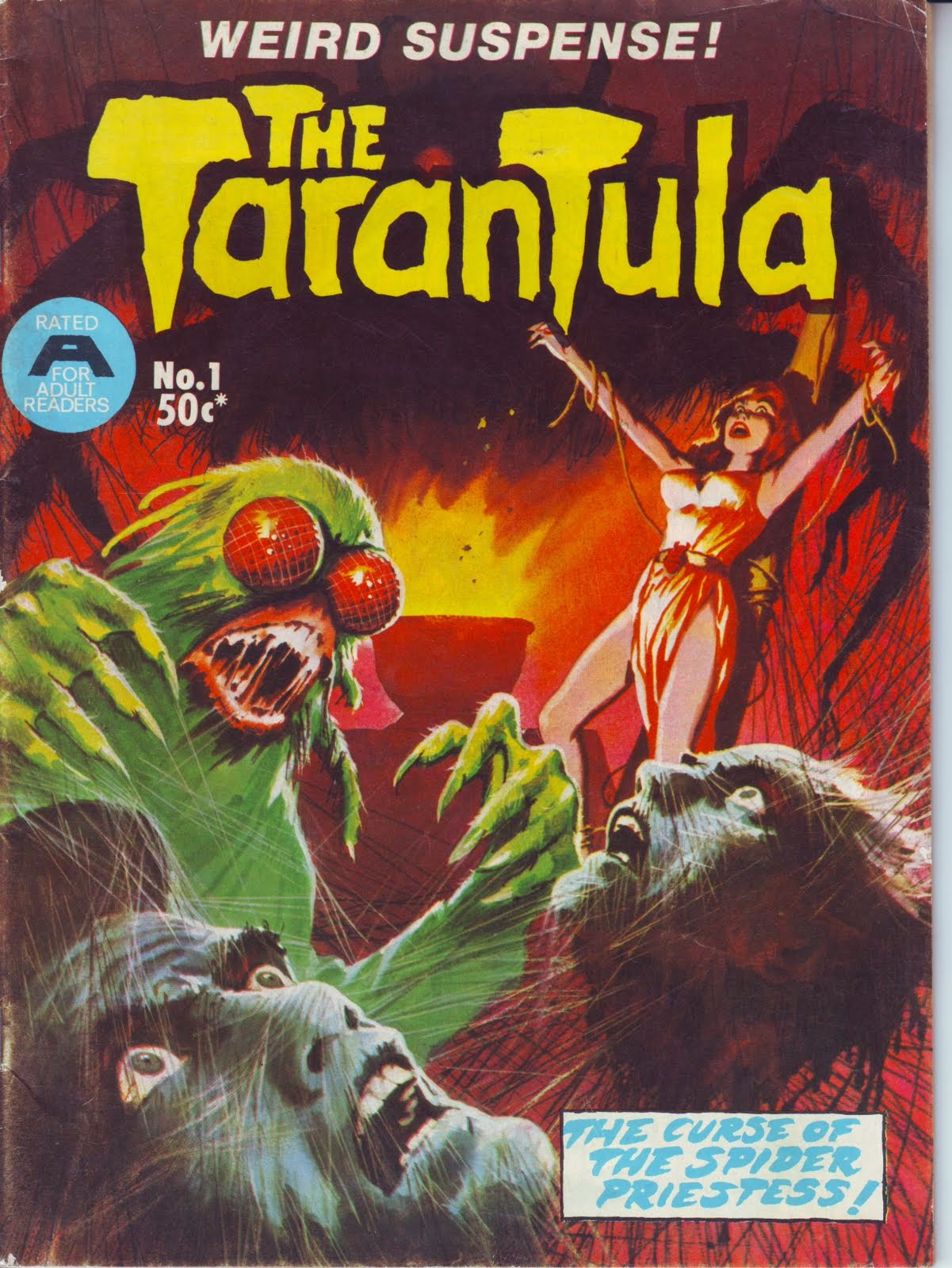 So how does it read today? Actually pretty good all told, IF it had been a back-up buried somewhere in Creepy. As a newstand, kid friendly colour book, it's the right story in the wrong format. I mean, not only is The Tarantula revolting looking, but he eats people. He's a hero who eats people.
And as for using him to shill Flintstones toys, alongside the equally nightmare inducing Moorlock 2001? Yeah, that's really not gonna work out... 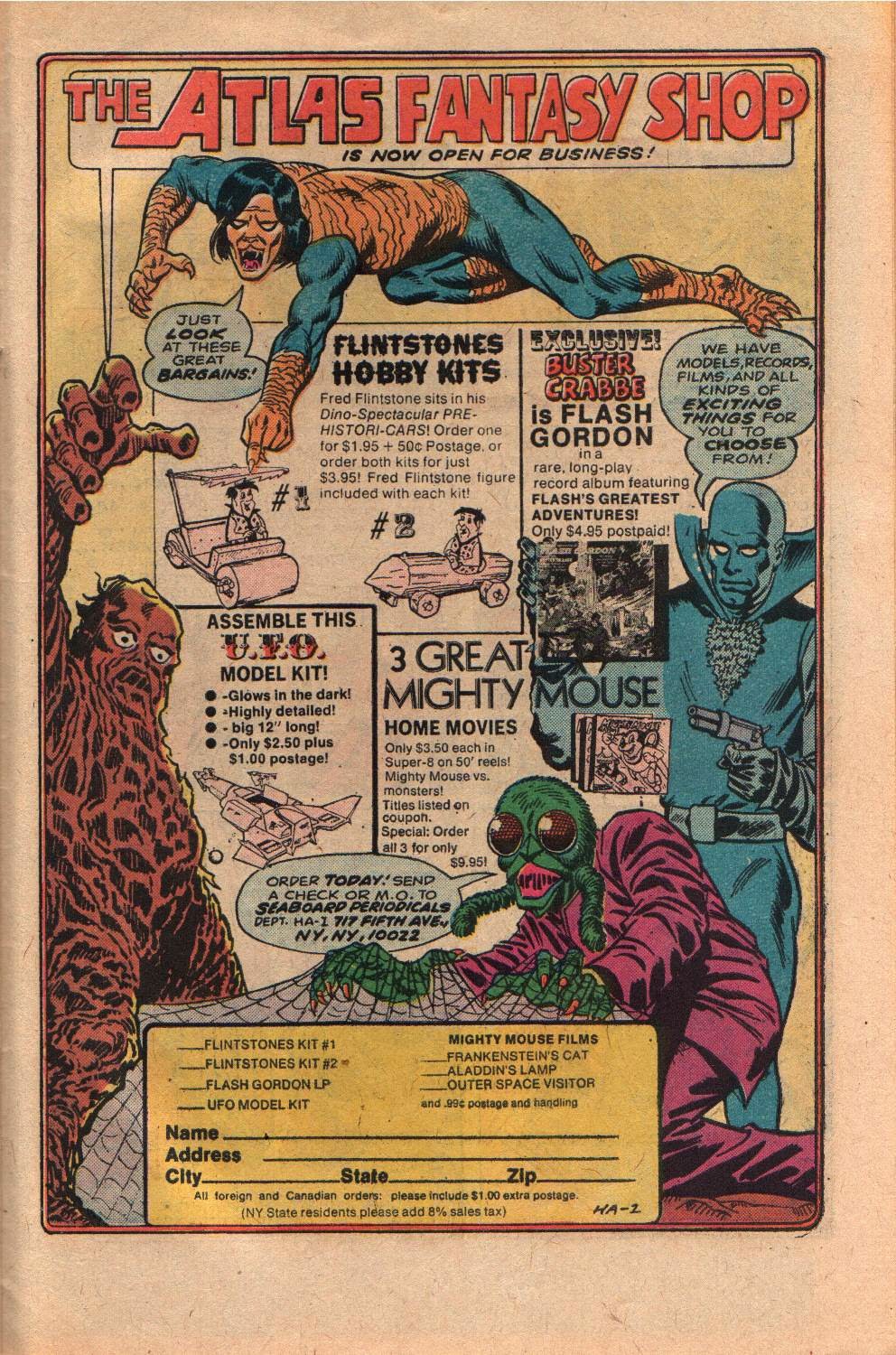 You have to give Pat Boyette credit for the art though, I never liked his work as a kid, but here he does exactly what's needed and I defy anybody not to feel a shiver at the scenes of giant tarantula's roaming the countryside, plucking screaming victims and carrying them off to feast.
Like pretty much all the Atlas books, the third issue brought a turnaround, with Gary Freidrich taking over the scripting, and introducing a Karen Pageish secretary who's secretly in love with The Tarantula's alter ego, Count Lycos, and a sense of them actually being two separate indiviuals and that eating people might be, I dunno, a bit wrong.
That's all nonsense of course, and Fleisher's madness is preferable, but still, as an adult The Tarantula's great, but as a kid: Uurrrr! Yuk! 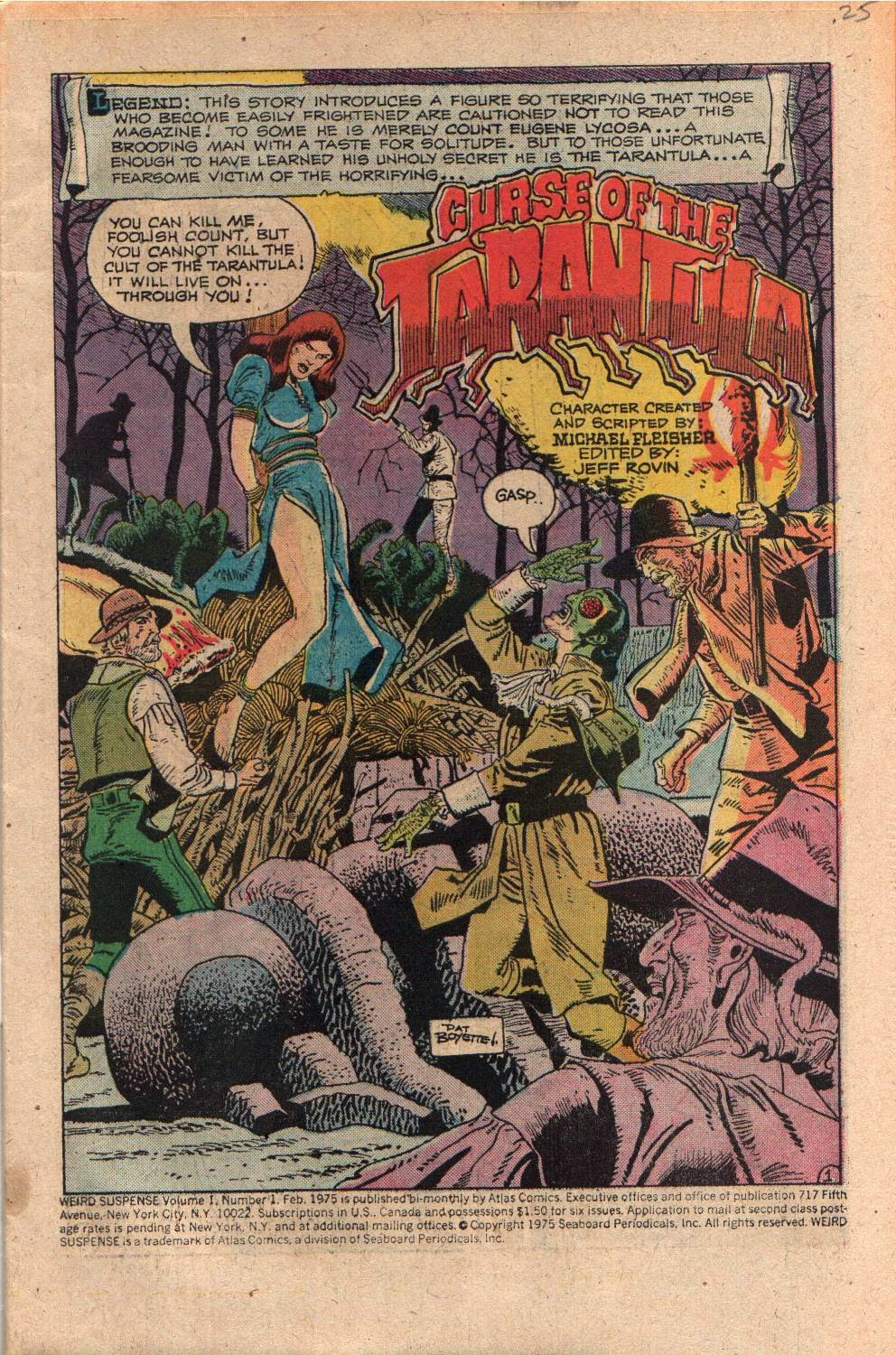 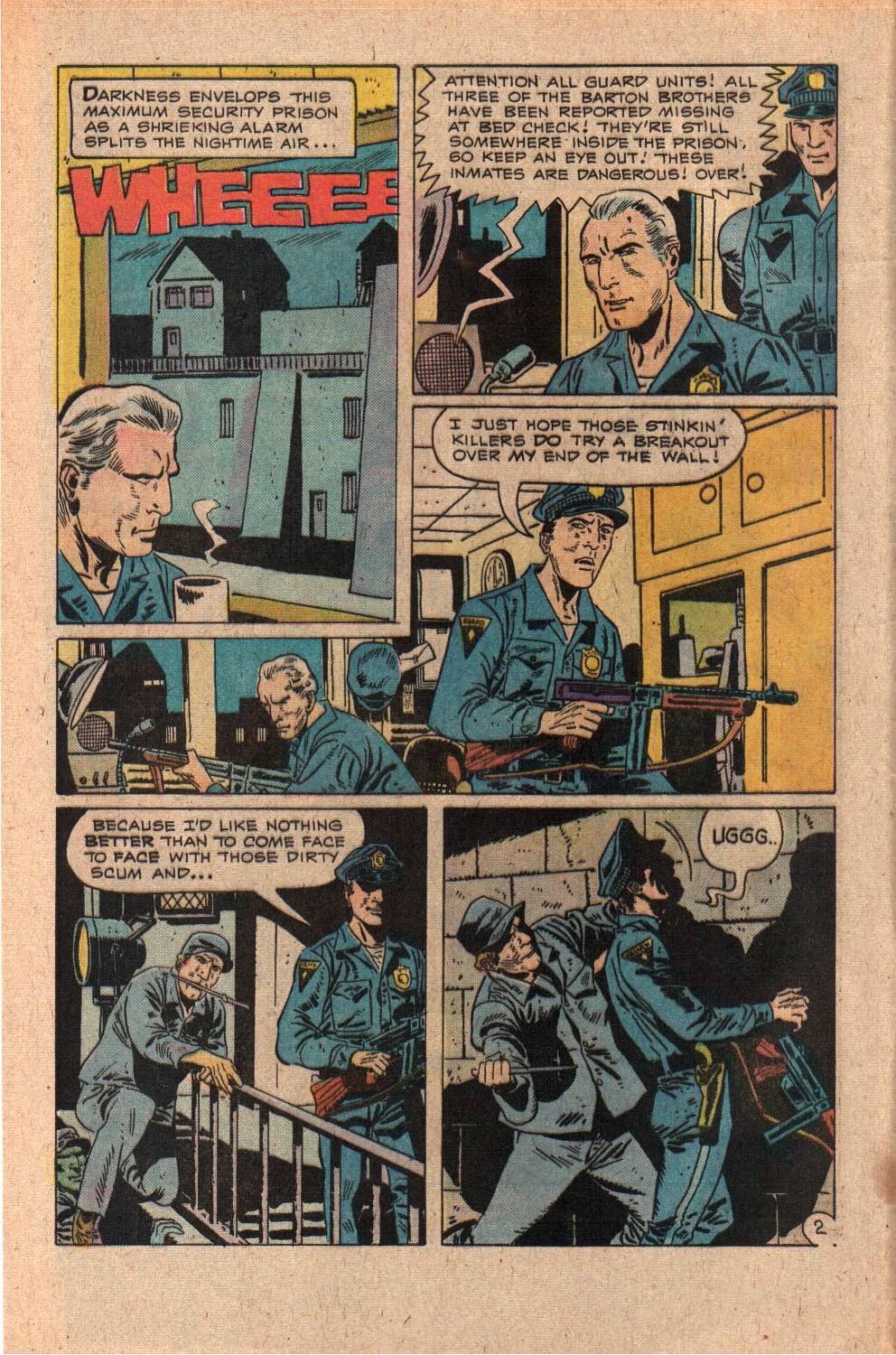 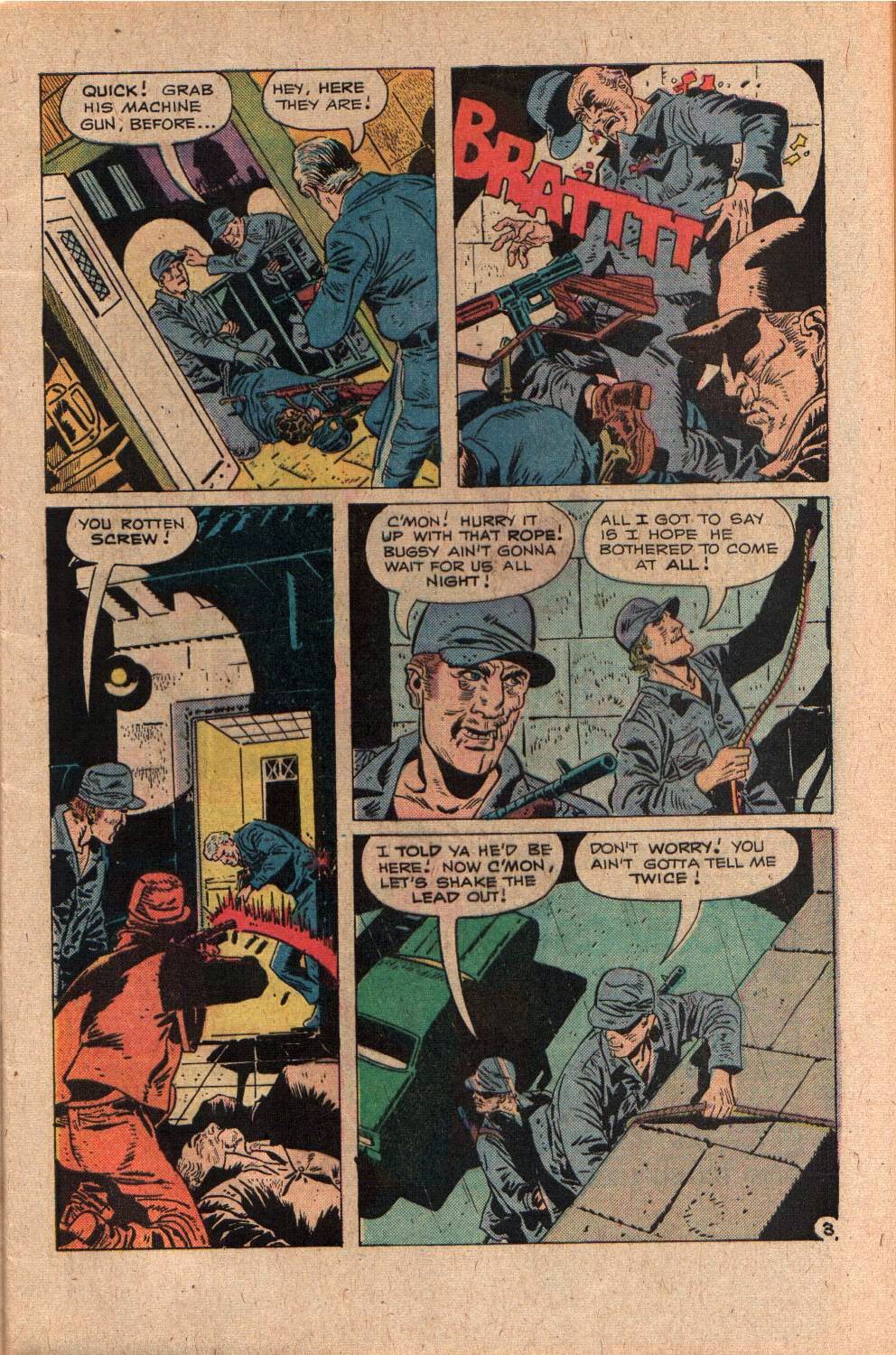 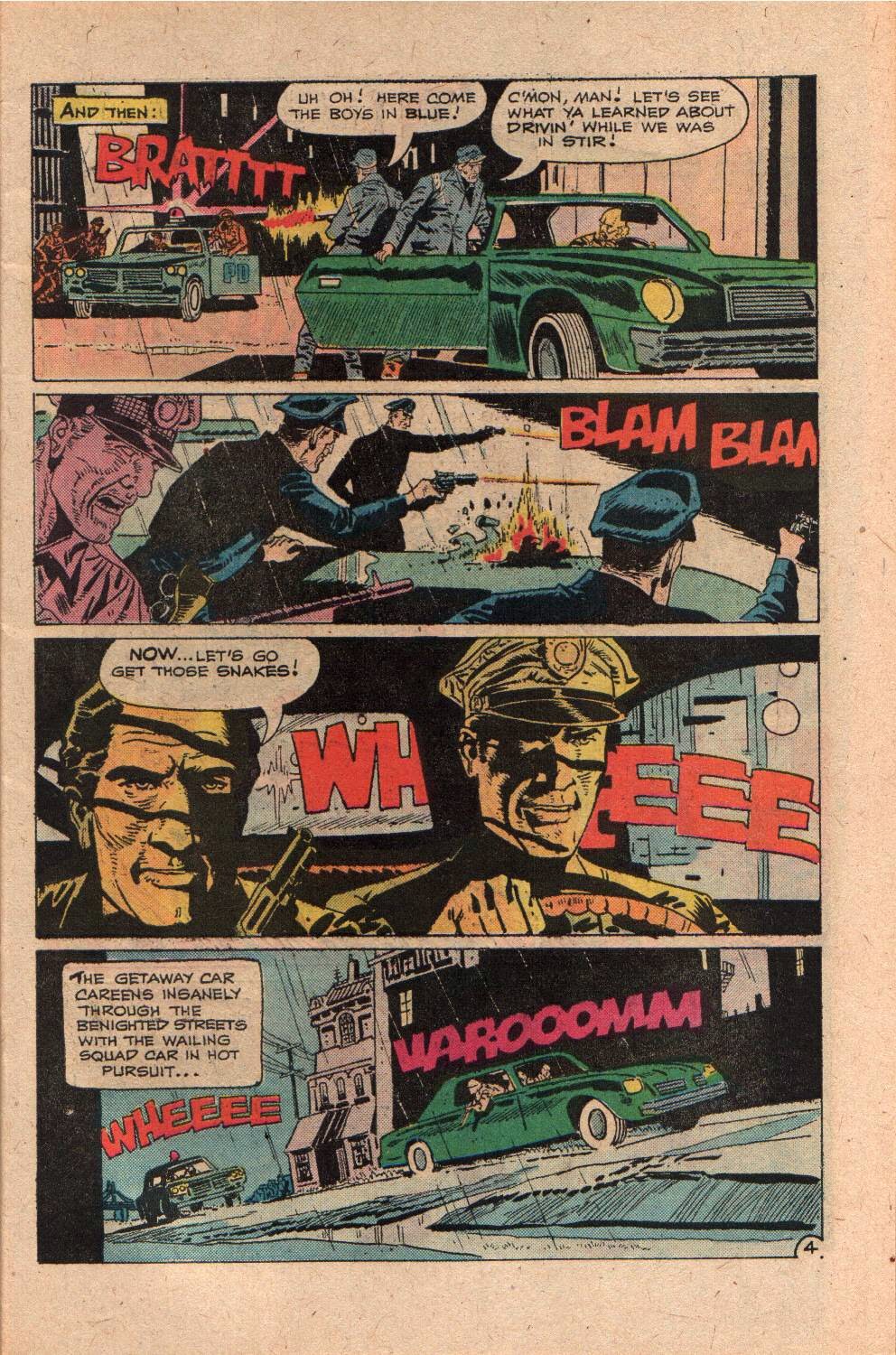 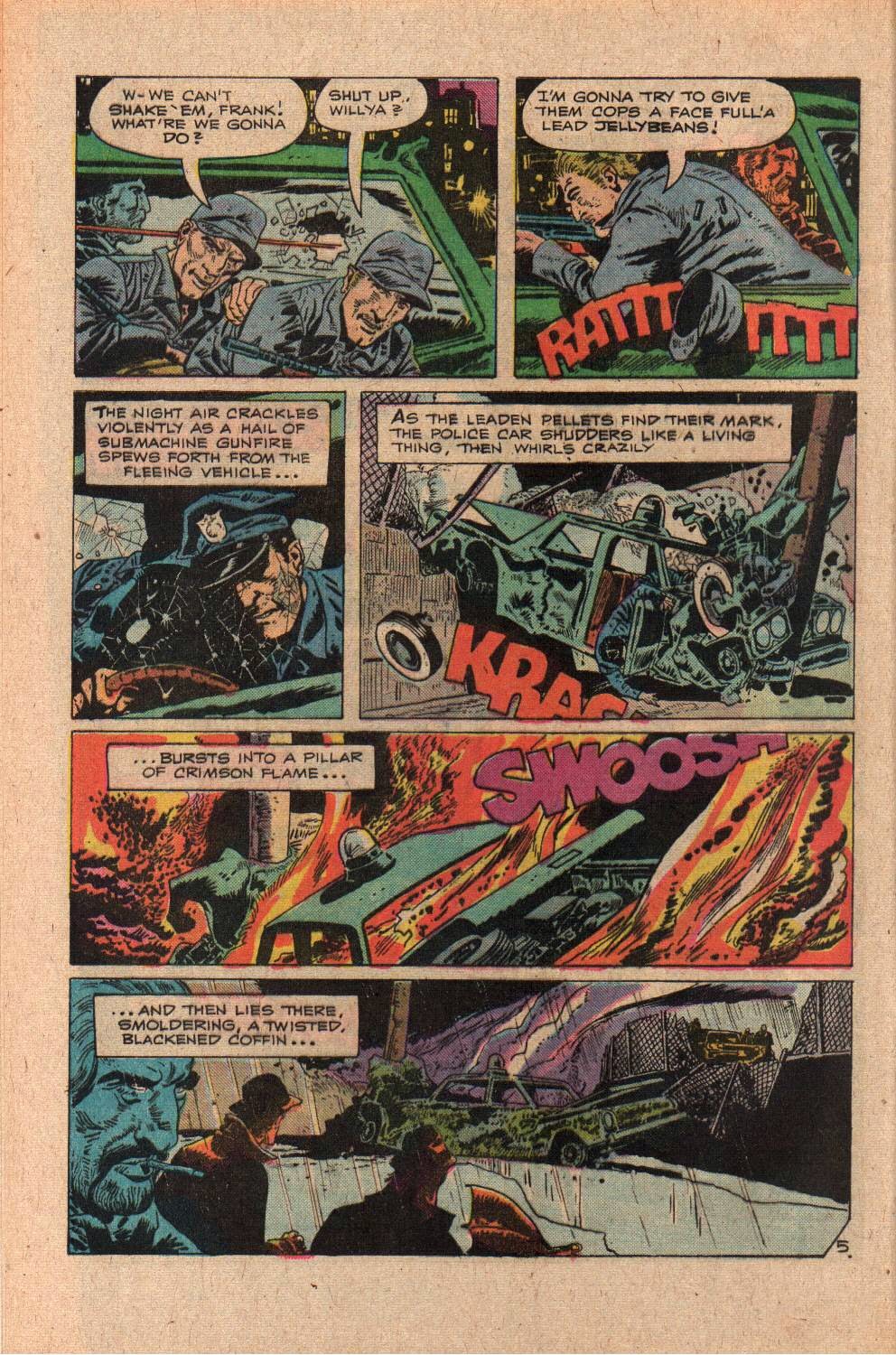 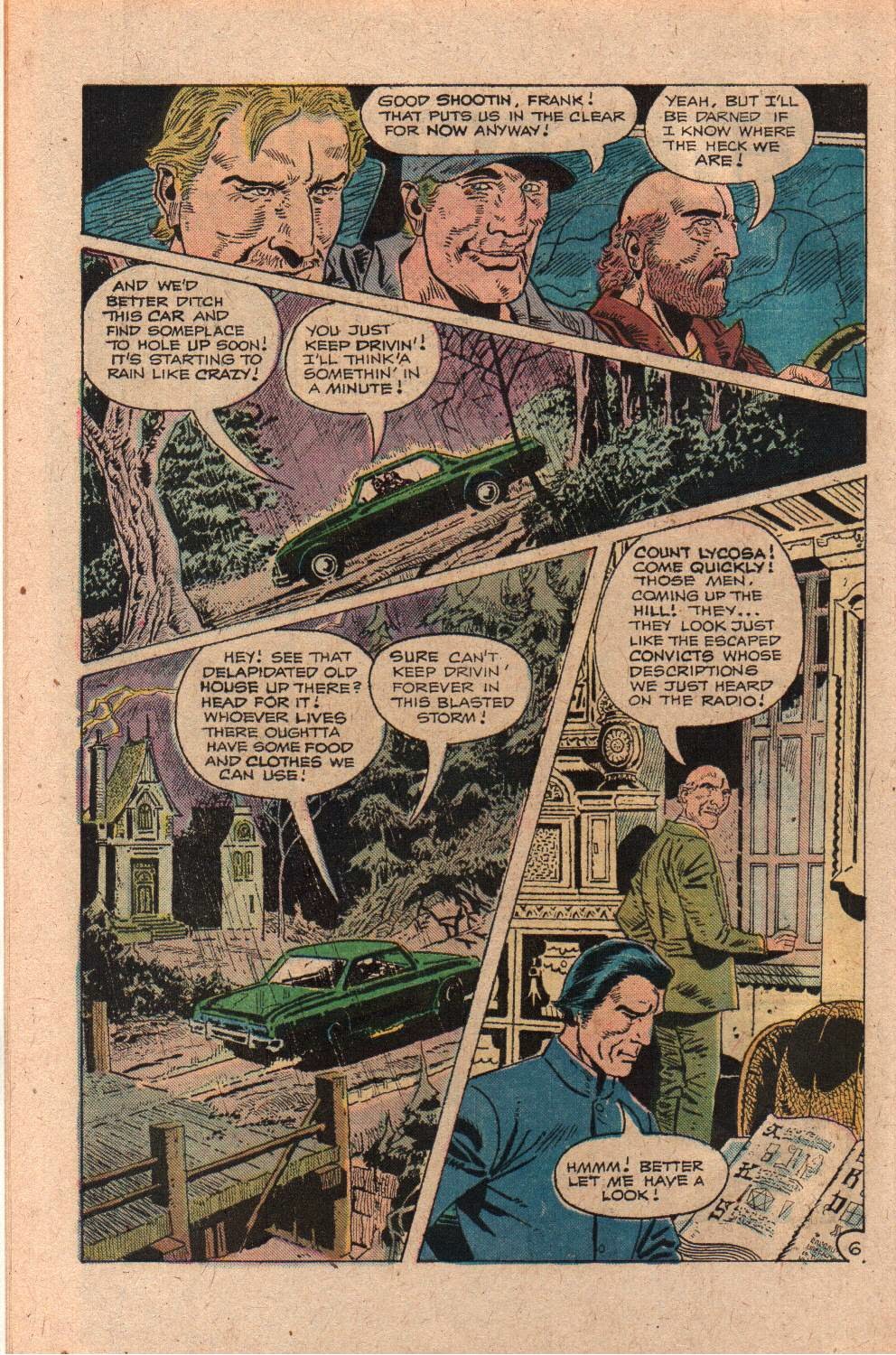 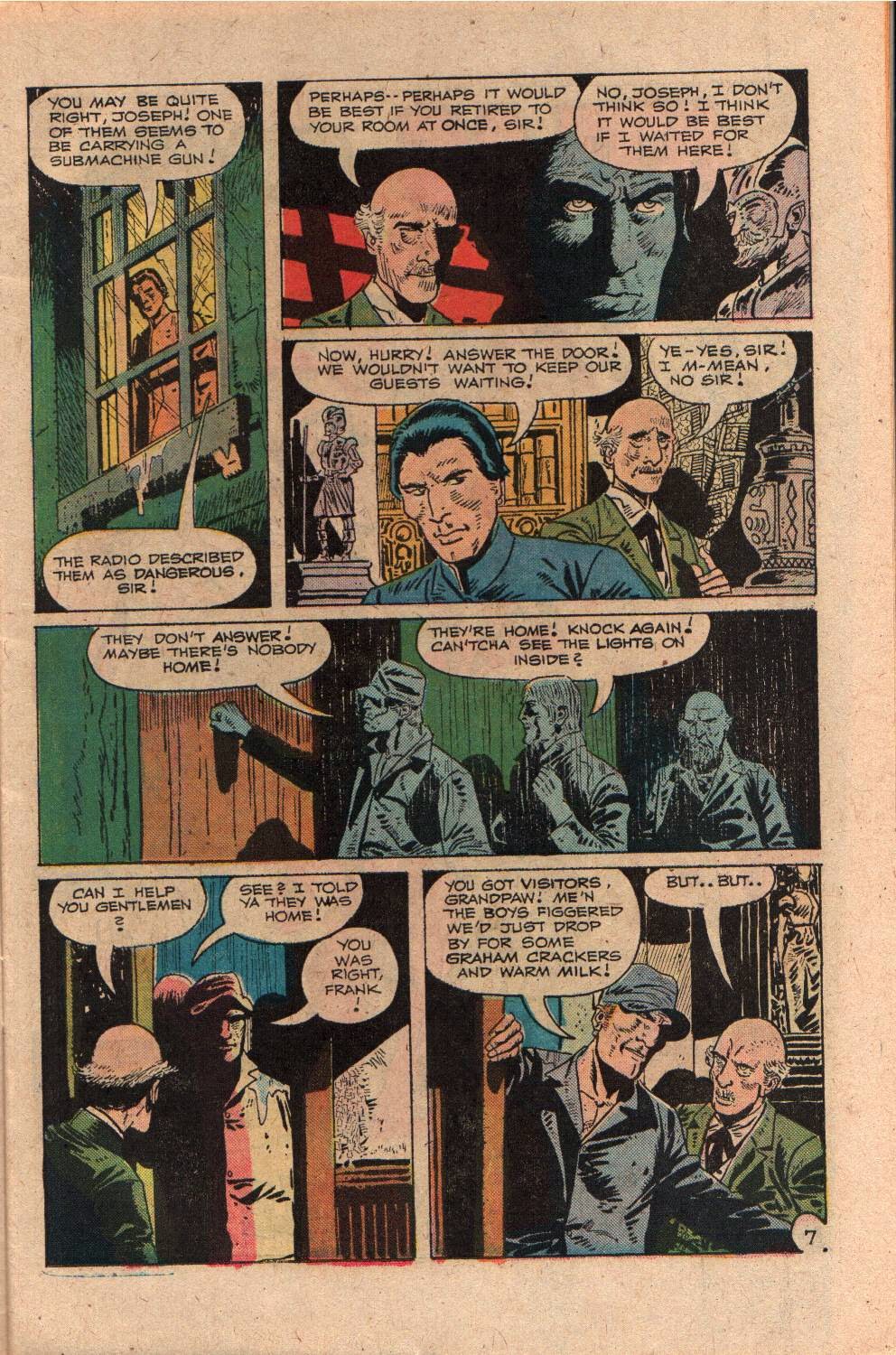 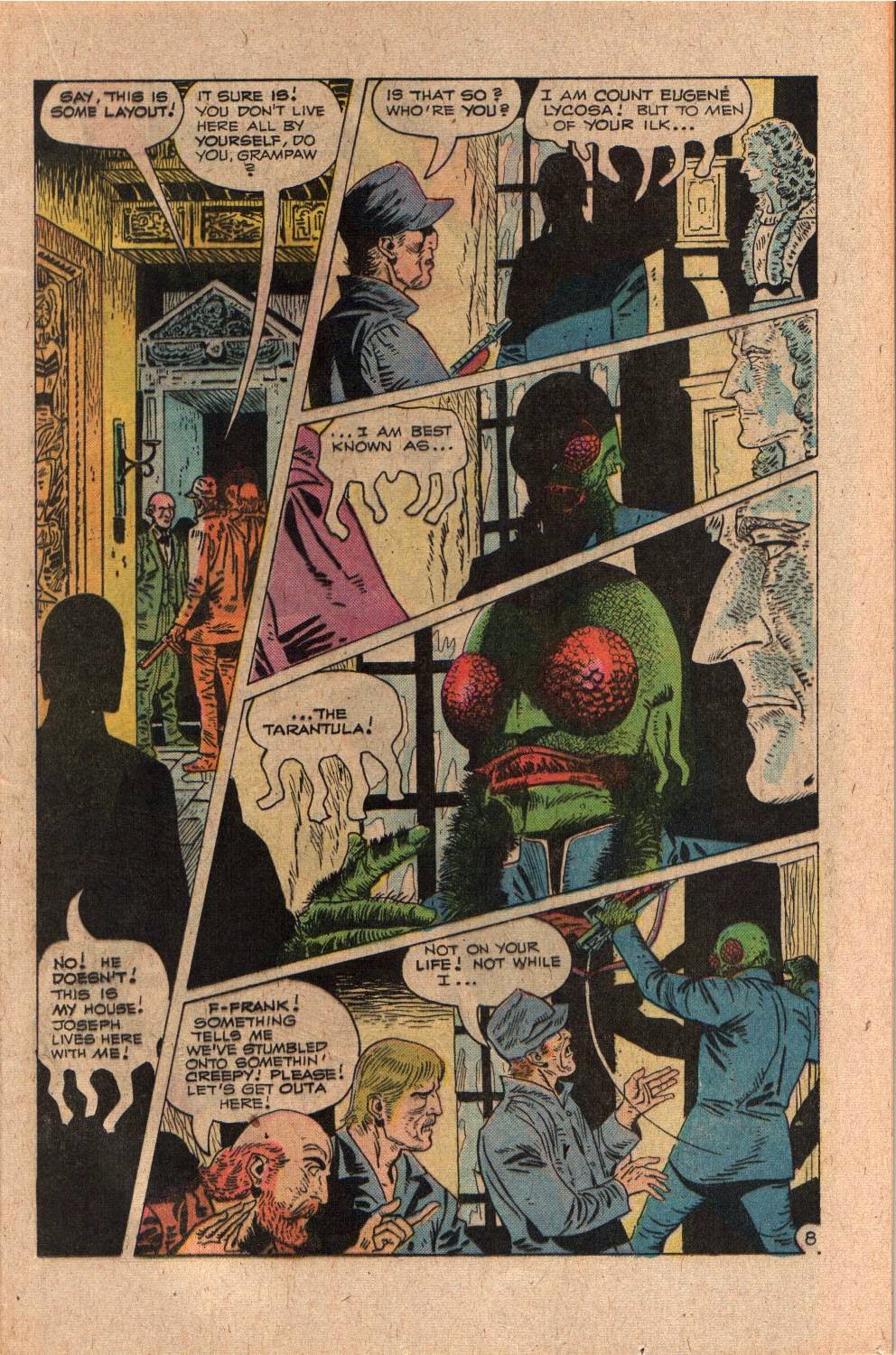 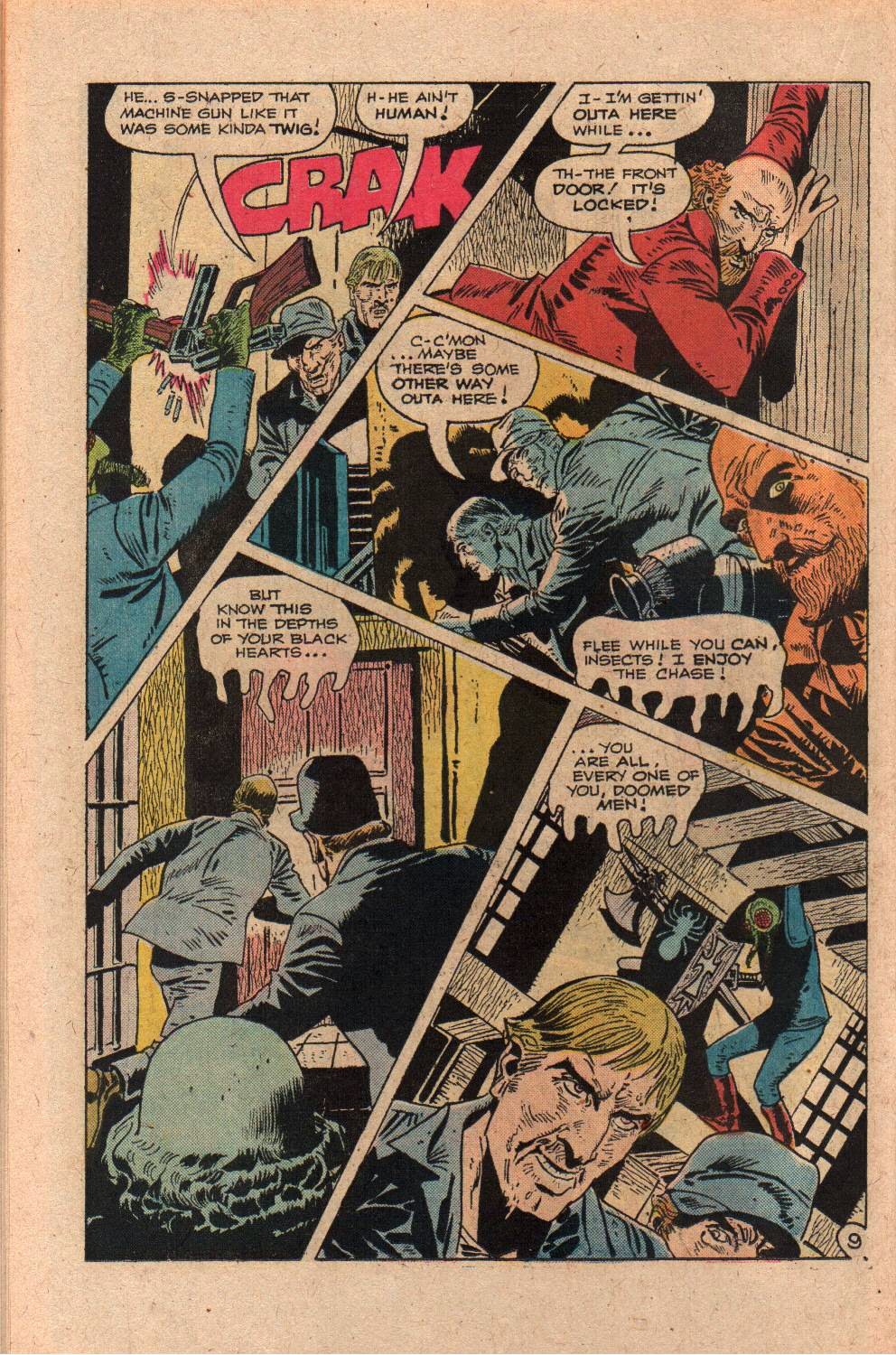 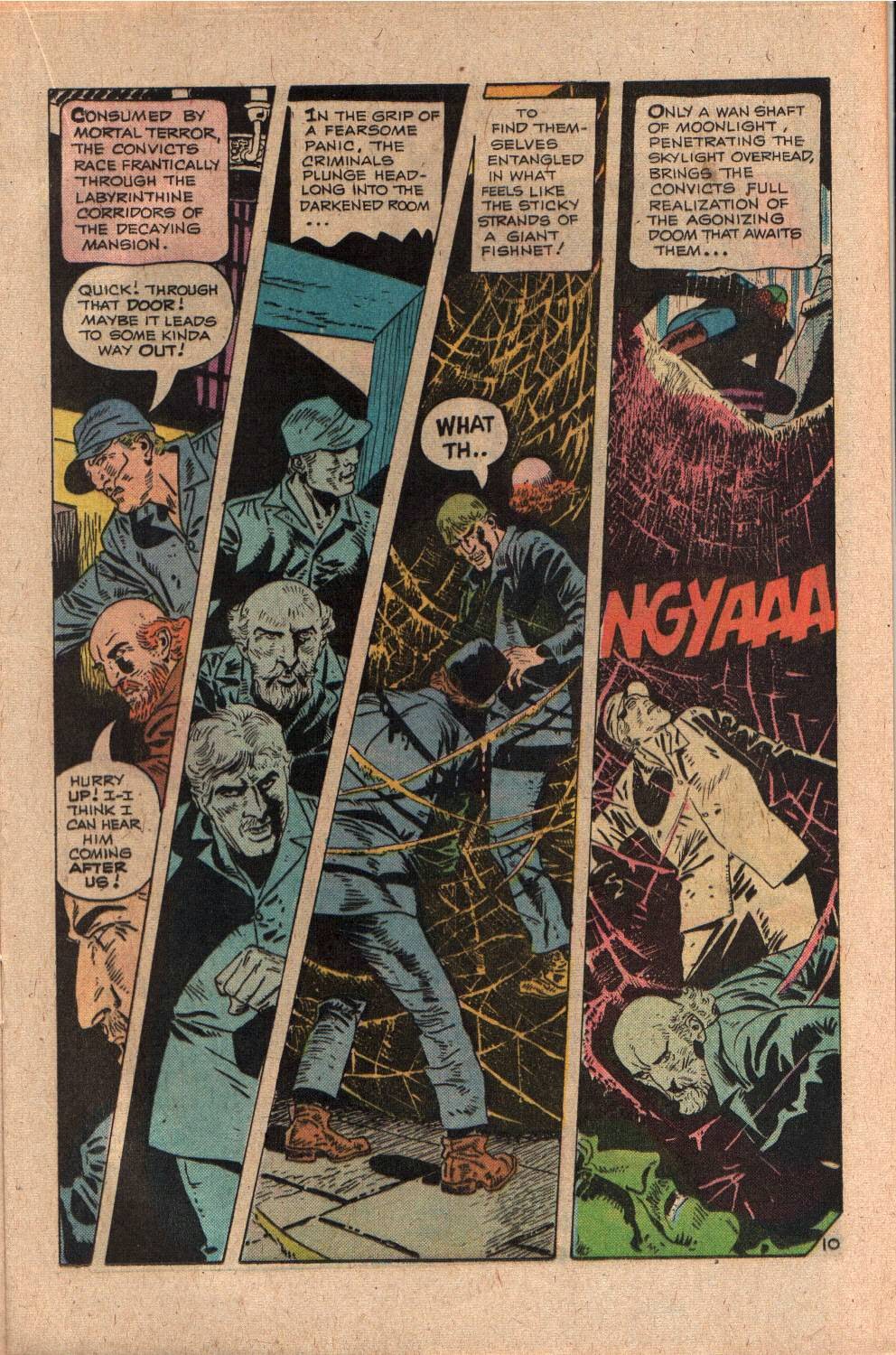 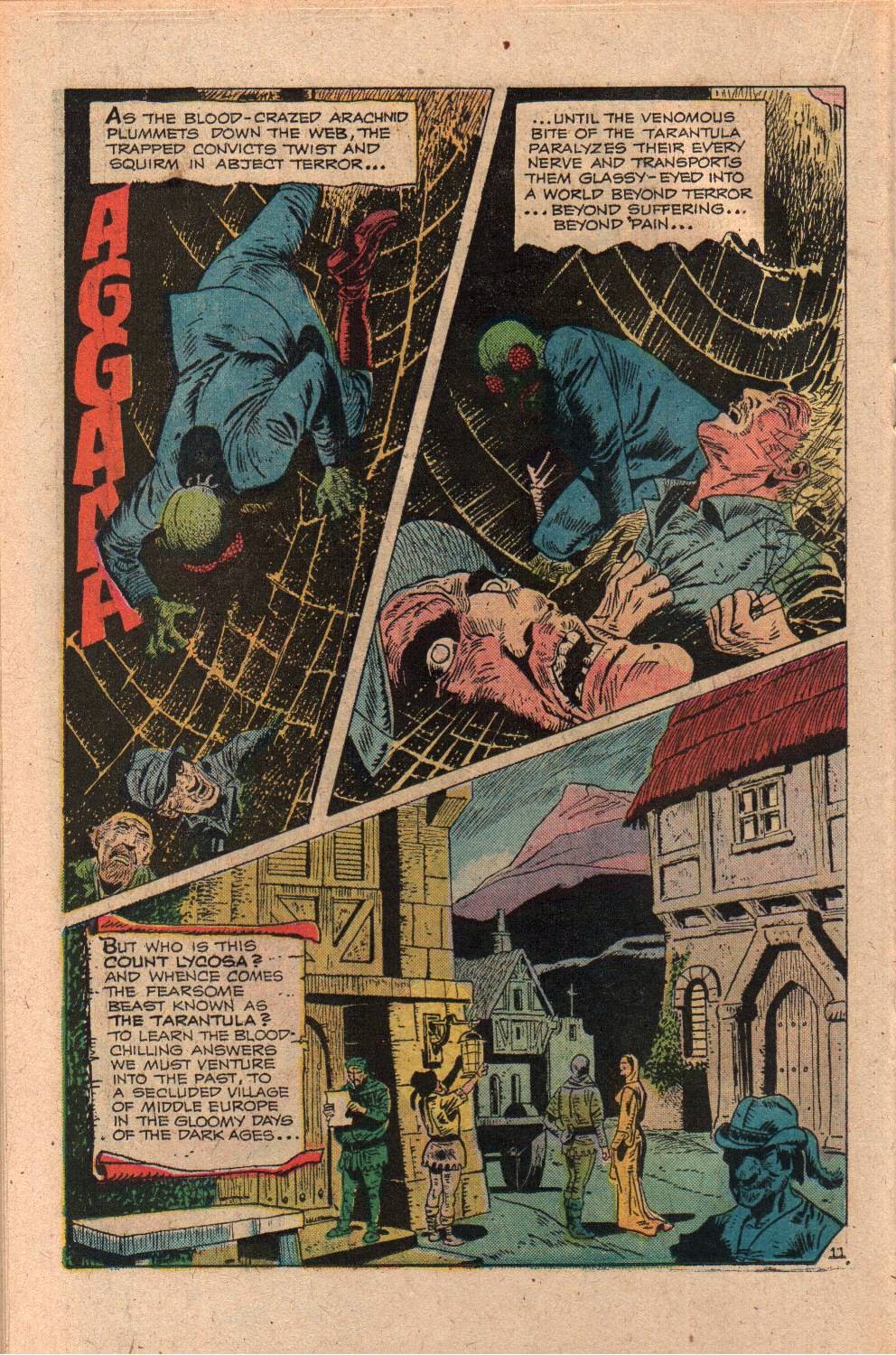 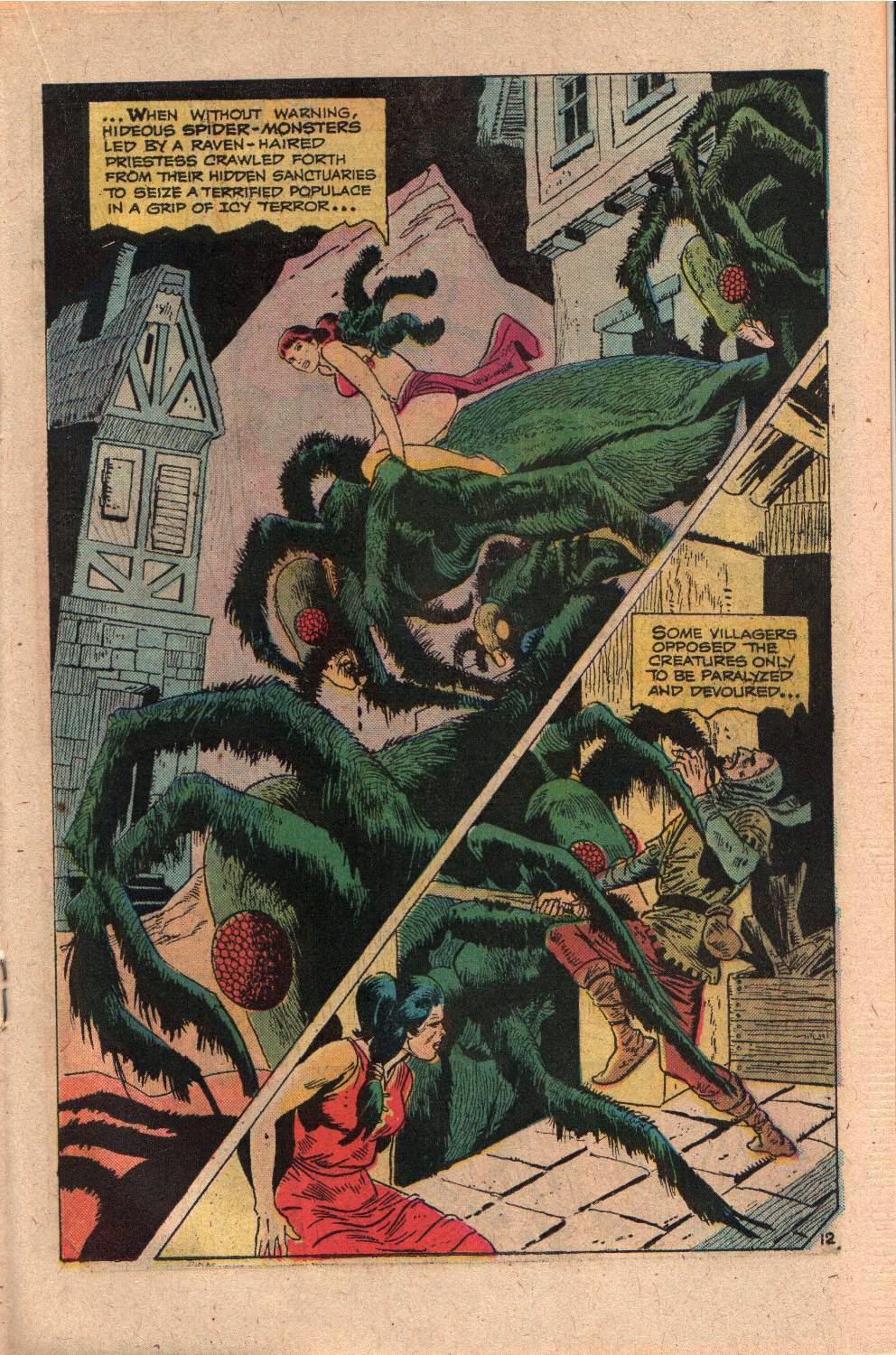 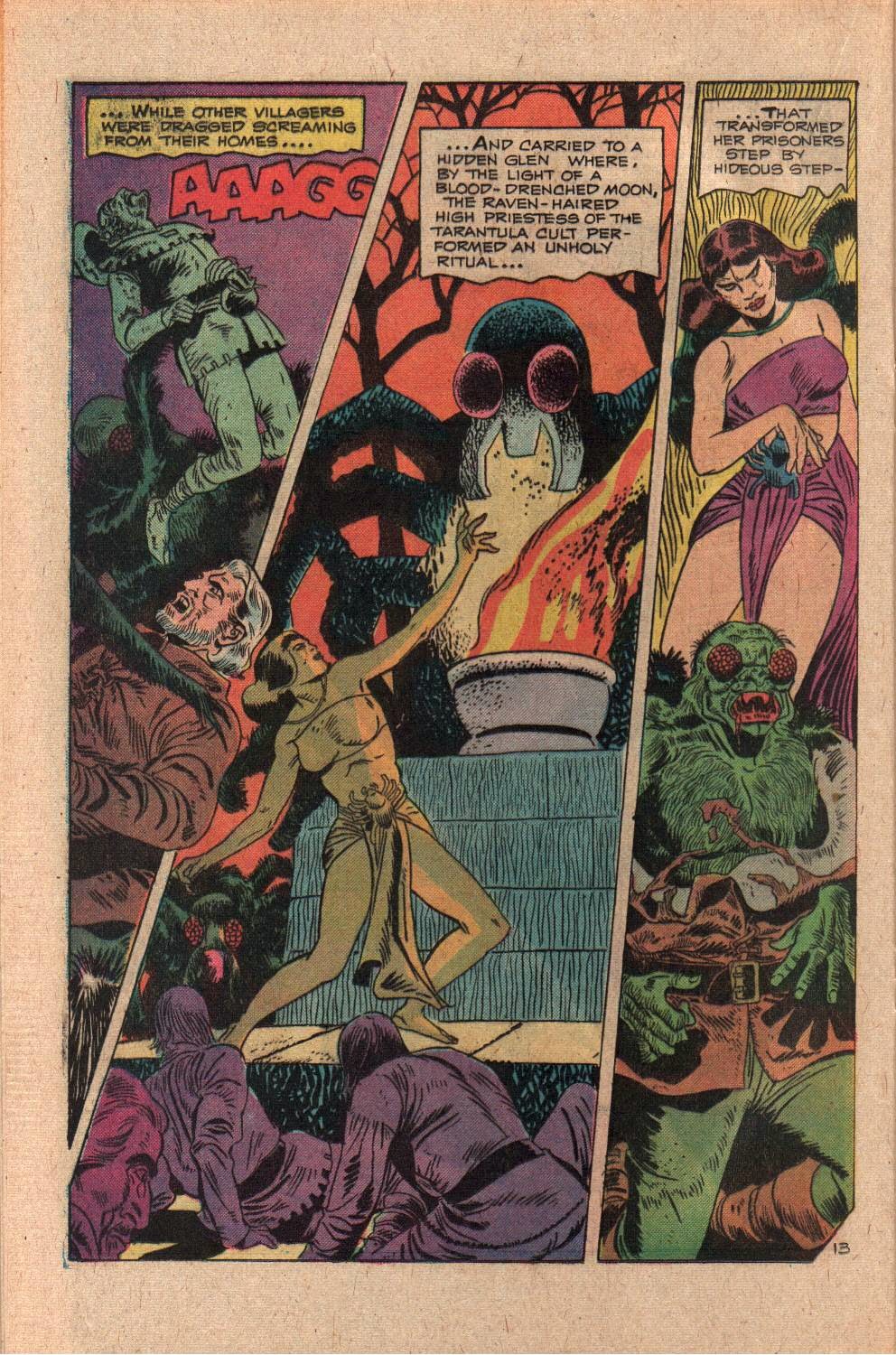 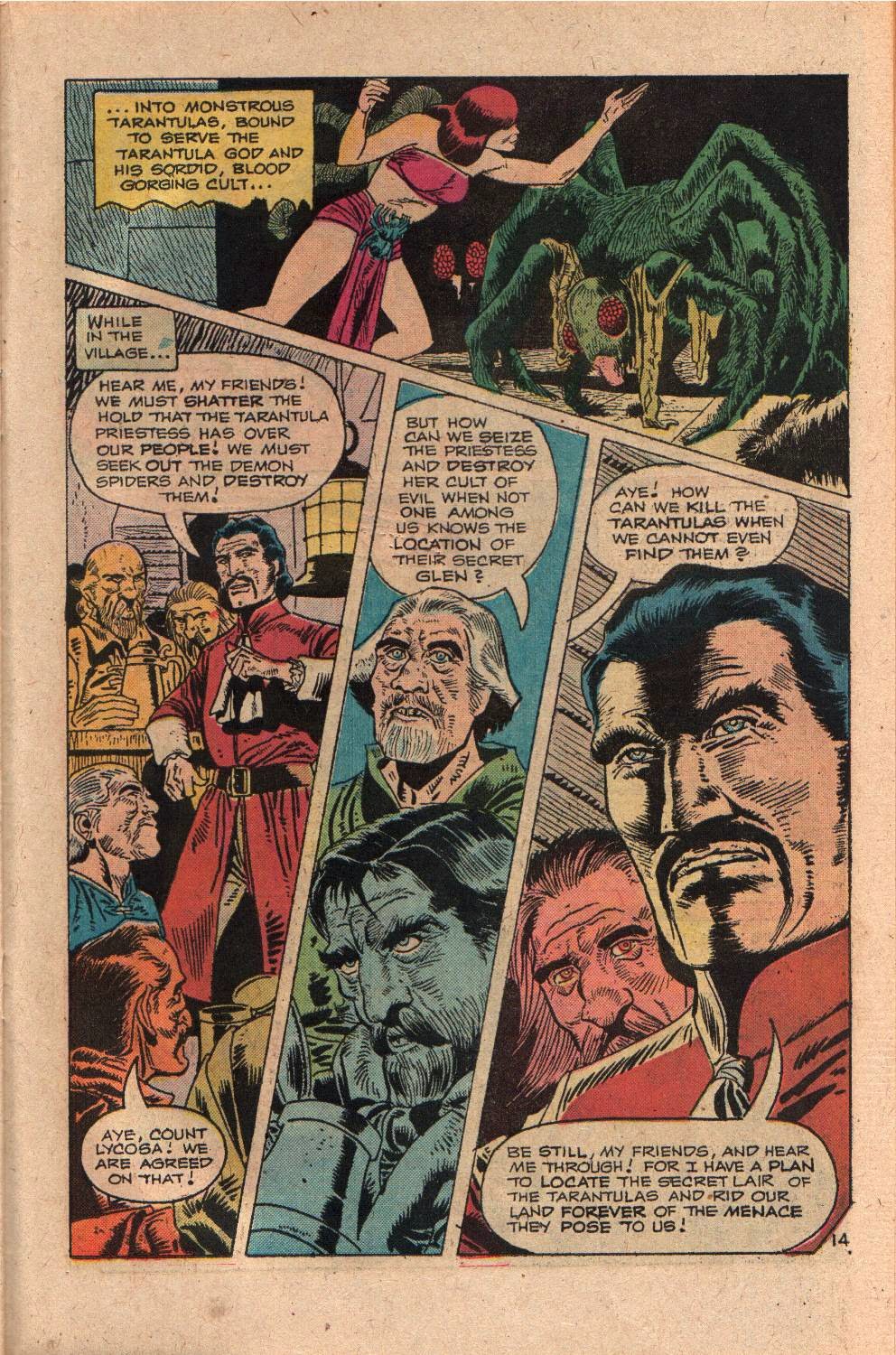 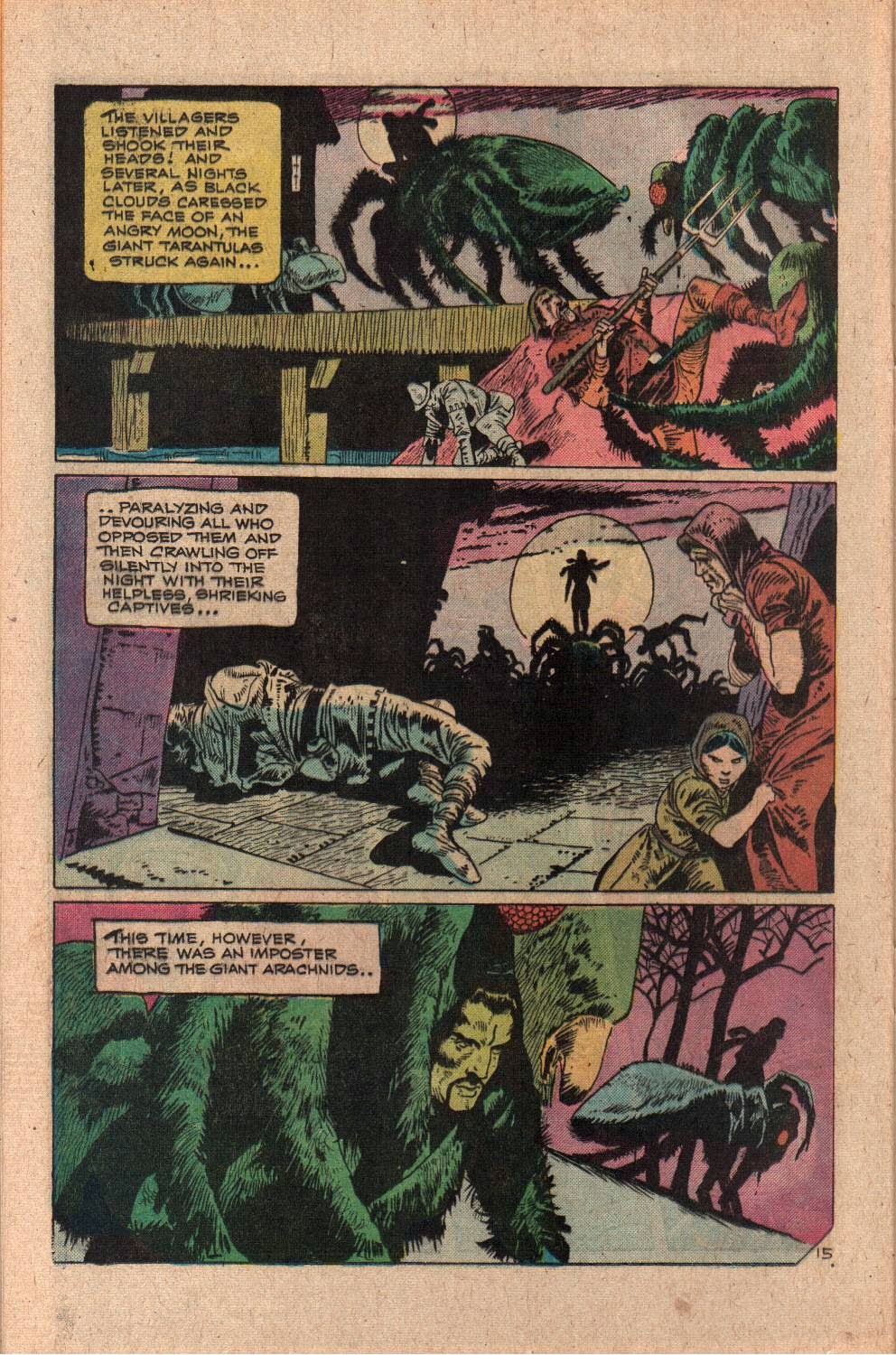 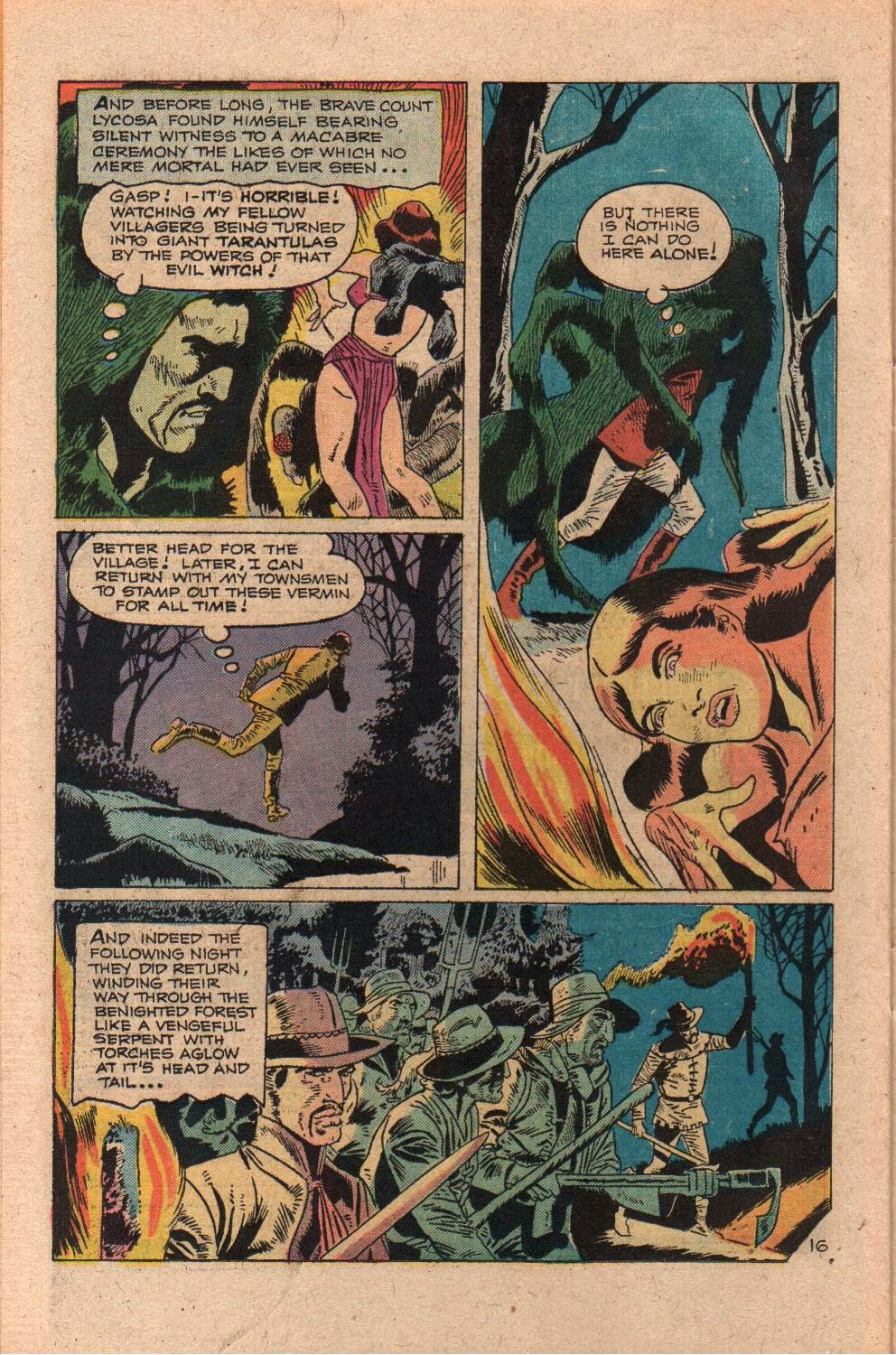 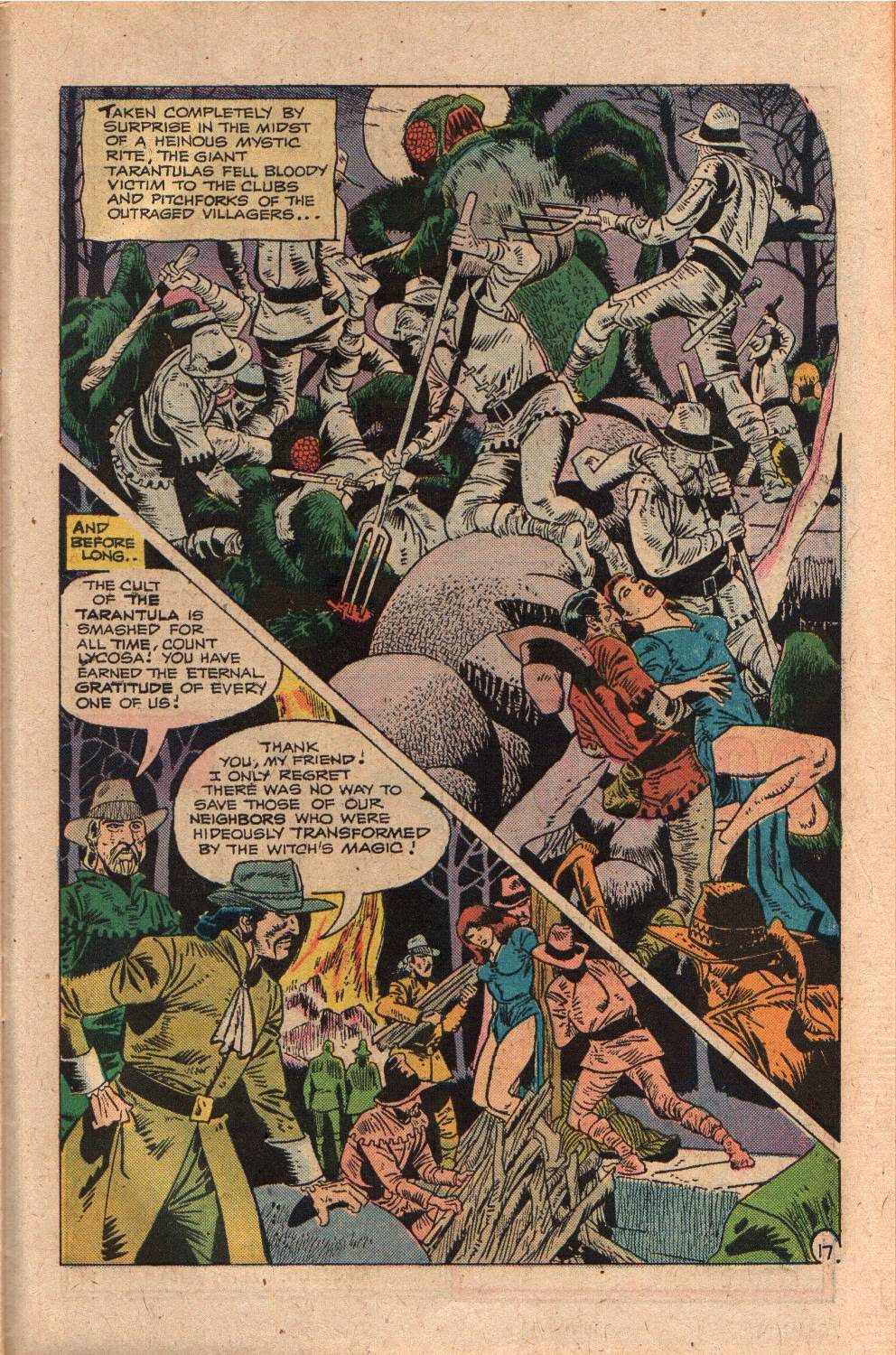 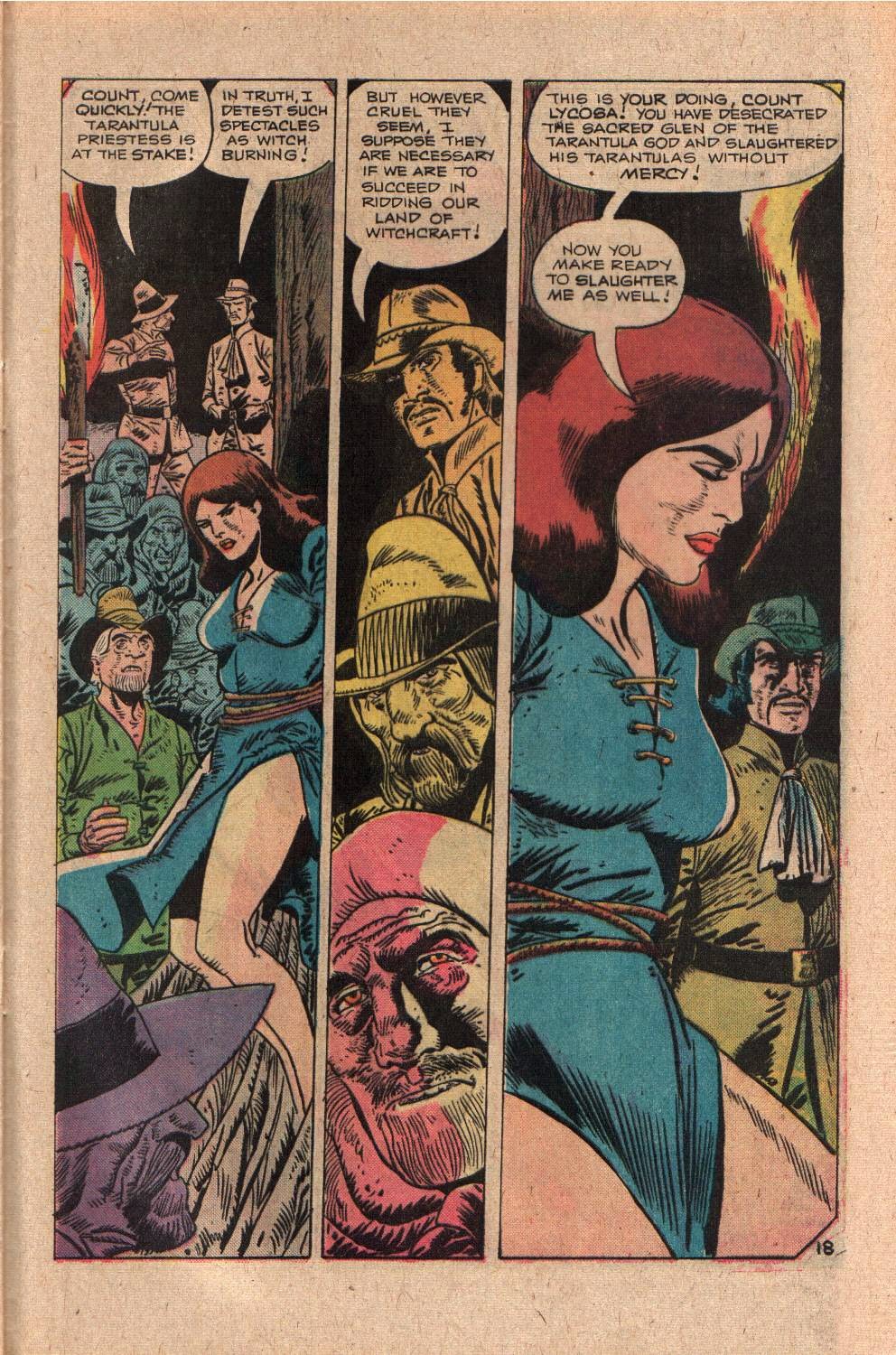 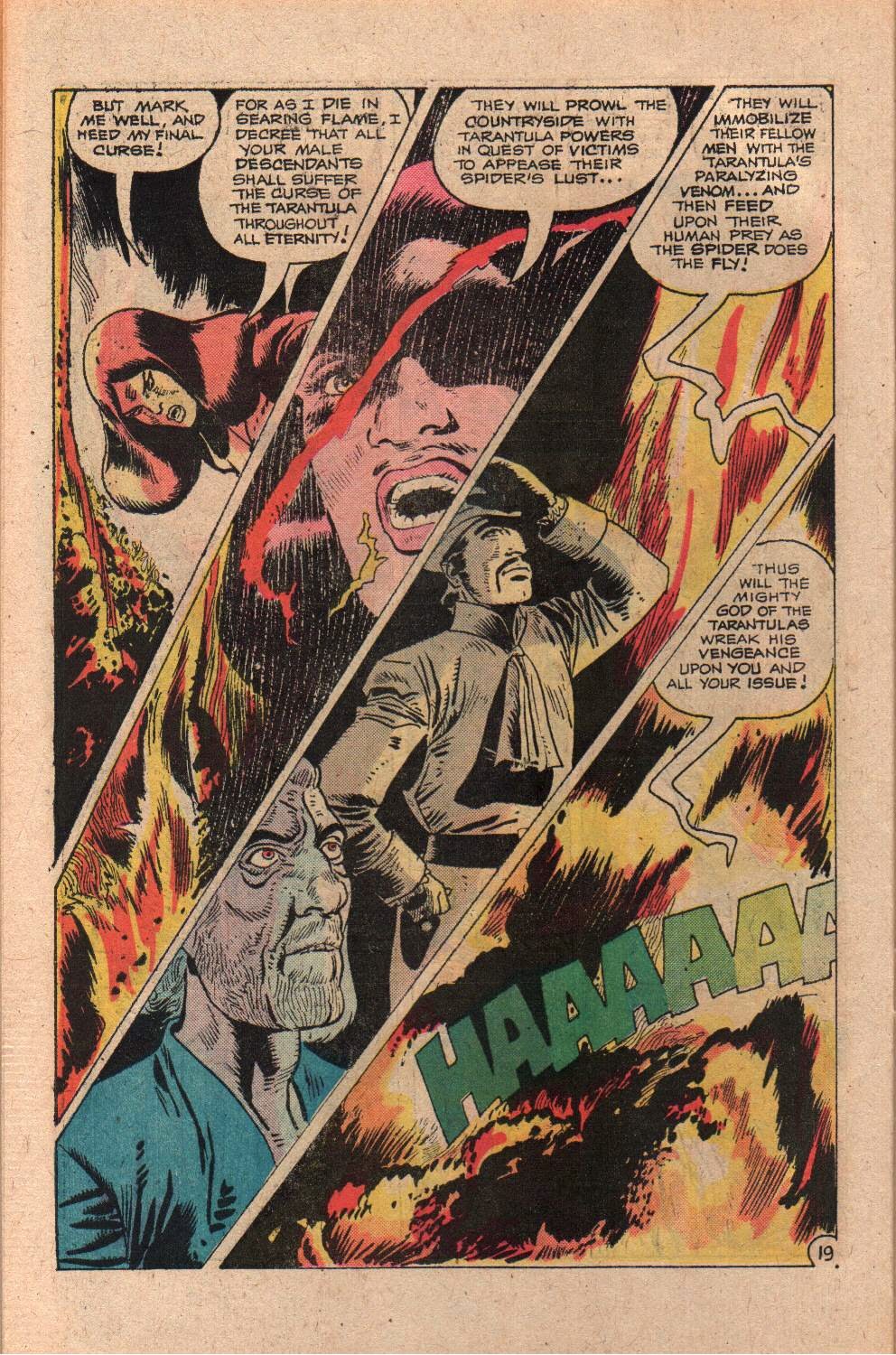 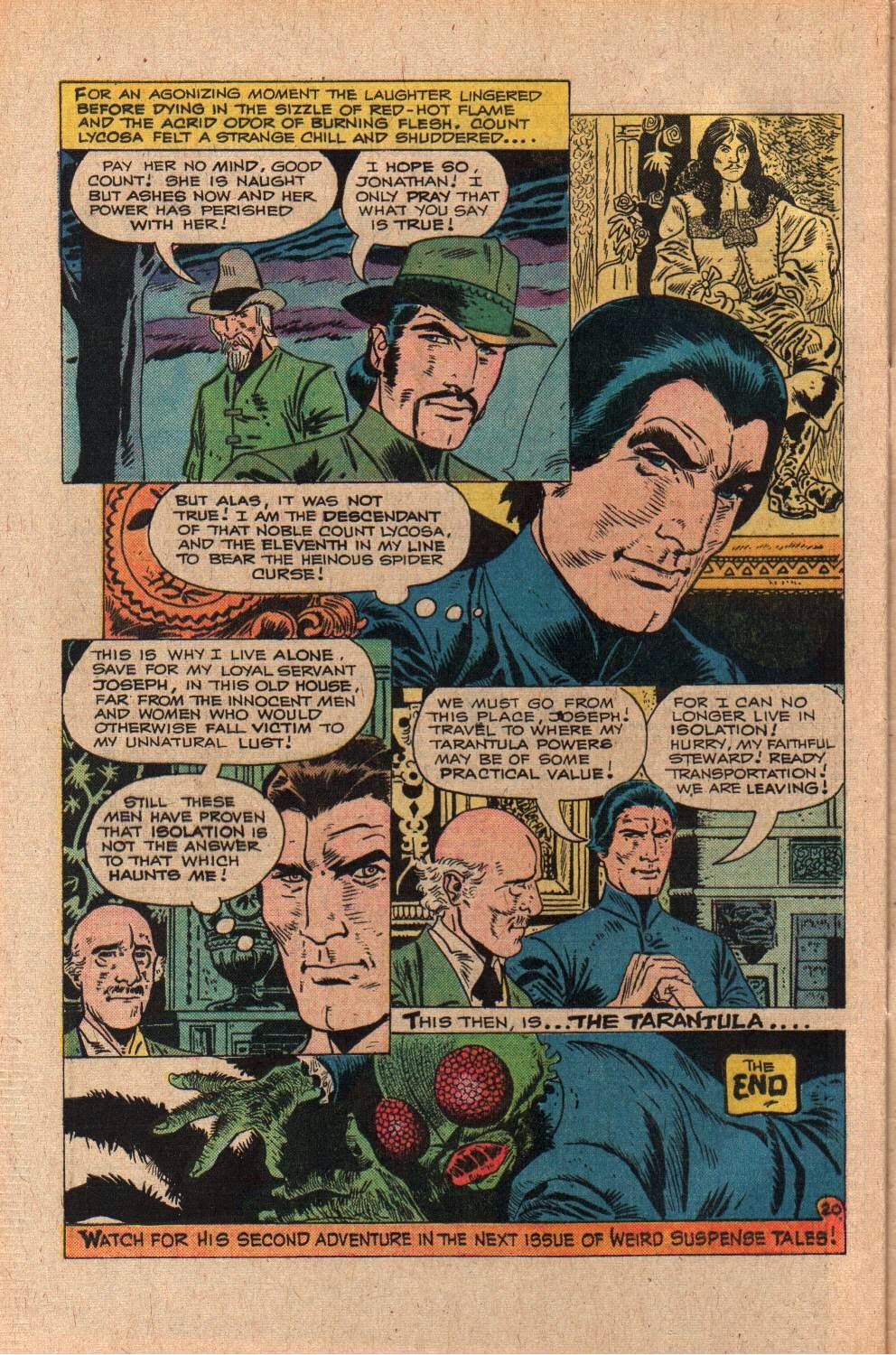