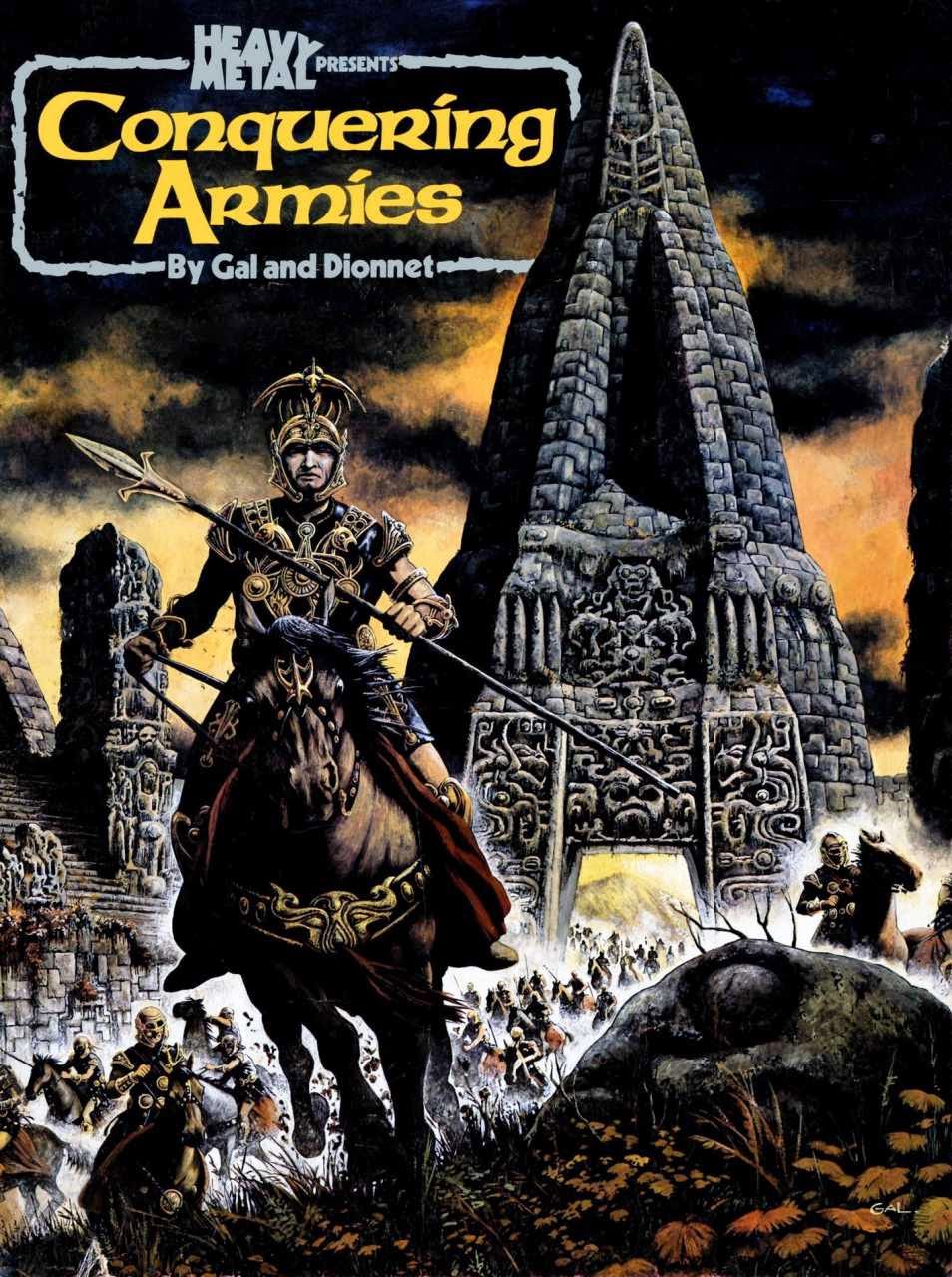 From the early years of Heavy Metal, when HM was a massively exciting visual package and not an obscure pretension fest, comes Conquering Armies.
It was a series of translated french strips from Metal Hurlant founder Jean-Pierre Dionnet and artist Jean Claude Gal about a mythical, unstoppable force that, as the ad's said,  have 'never lost a battle but never won a war.'
Gal's art here is hyper detailed and beautiful, though never confusing, and is a textbook example of black & white as colour, while Dionnet's scripts are full of foreboding and mystery. For all the power at their command, these men are doomed. 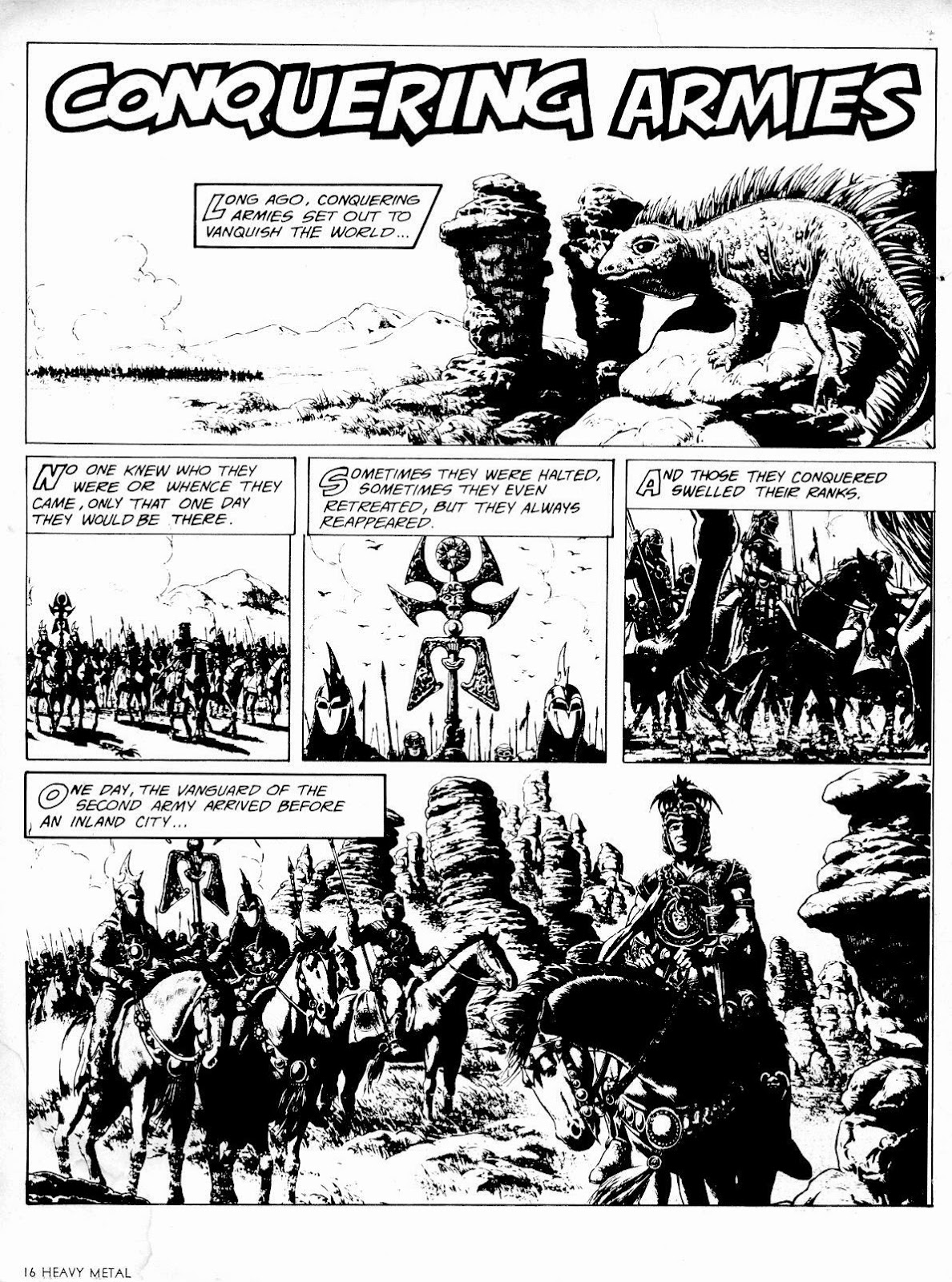 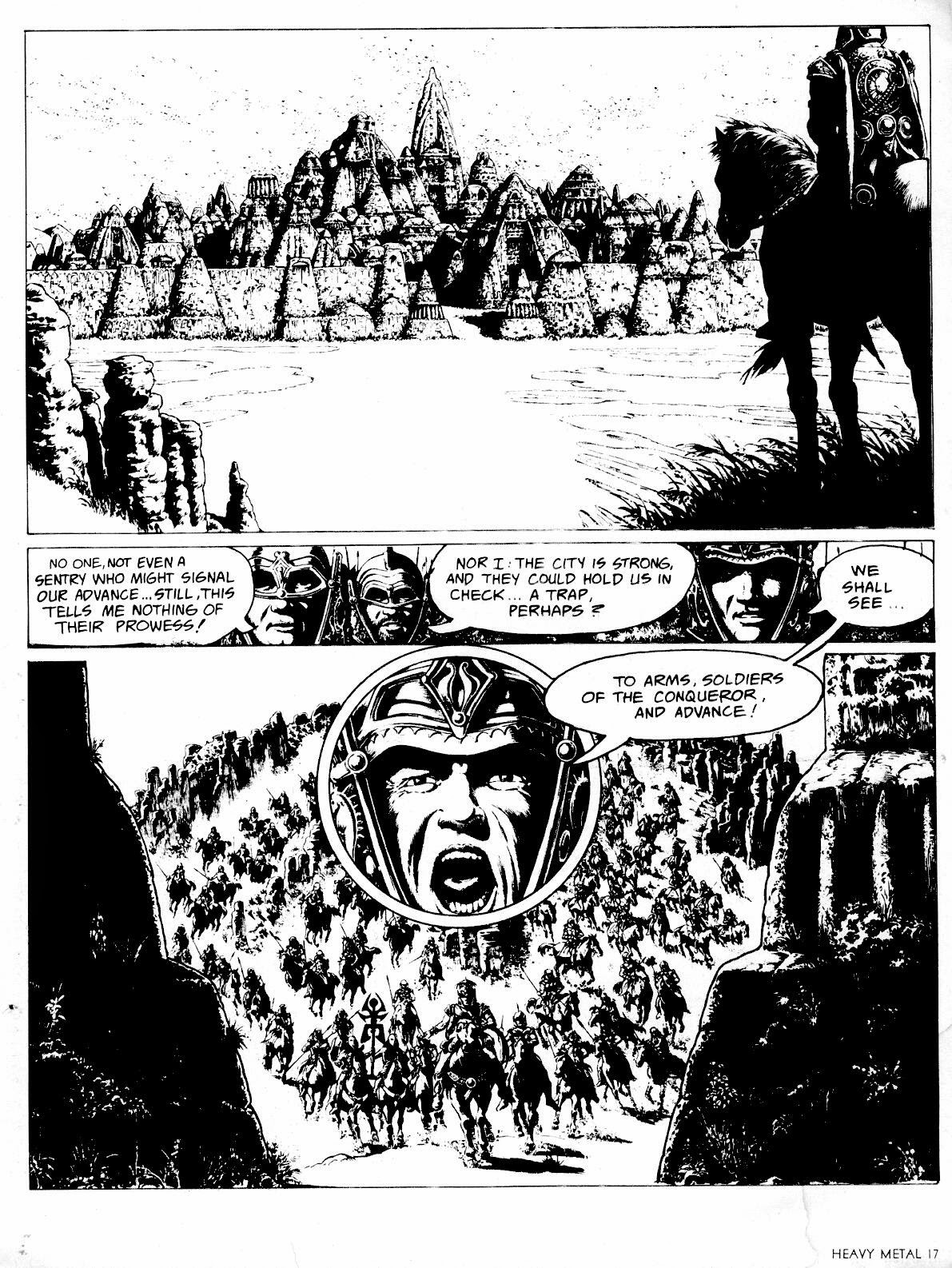 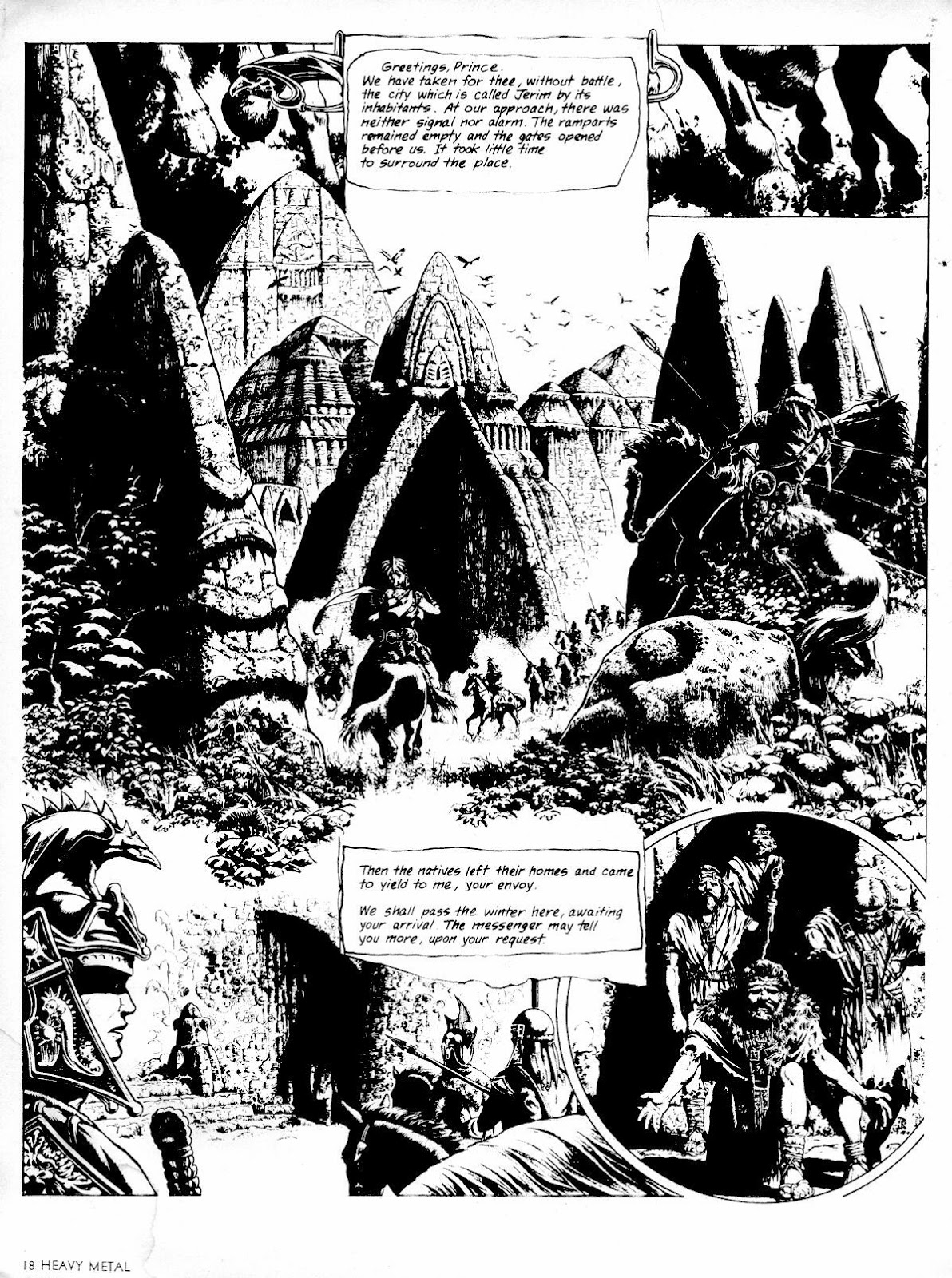 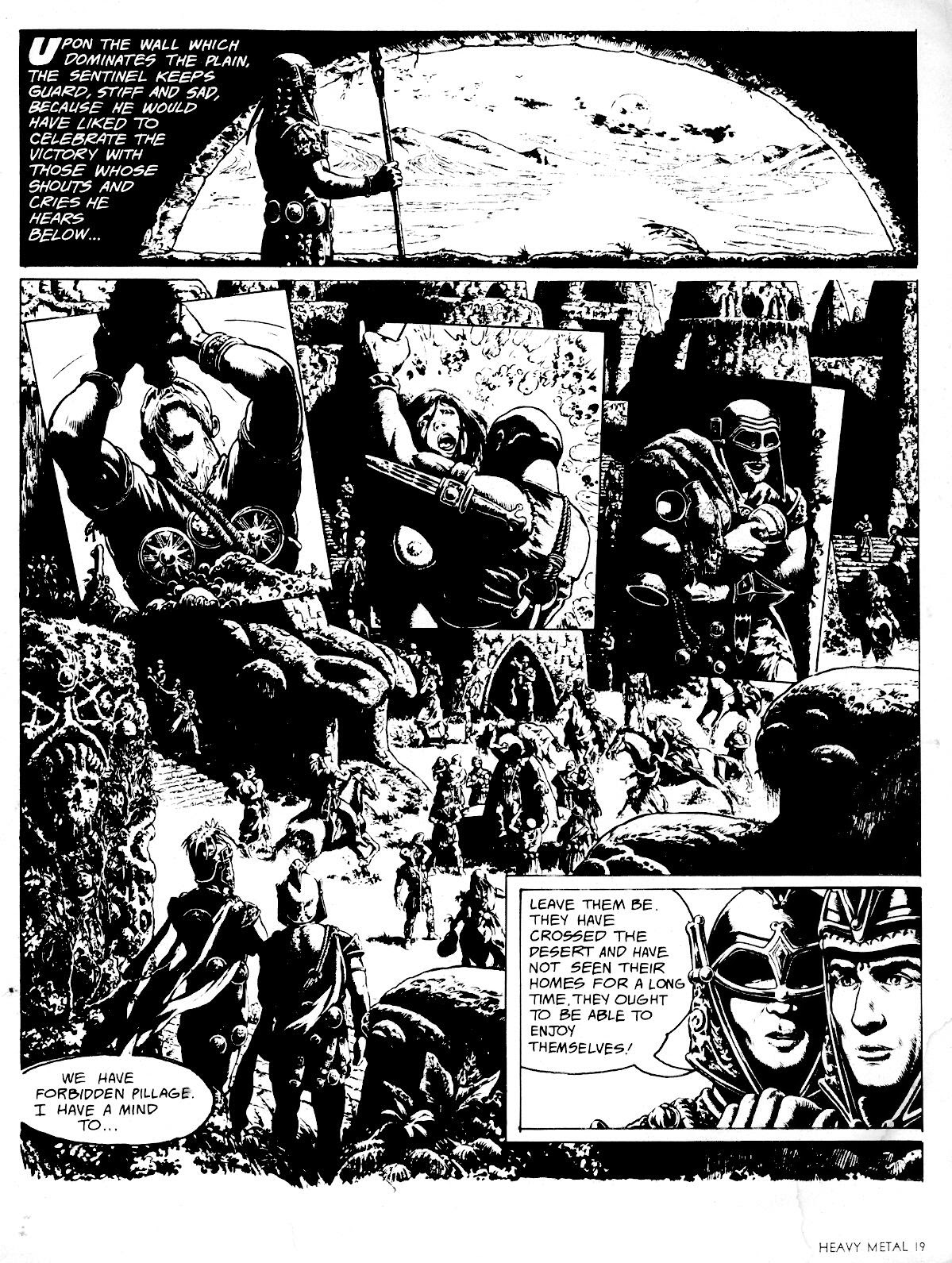 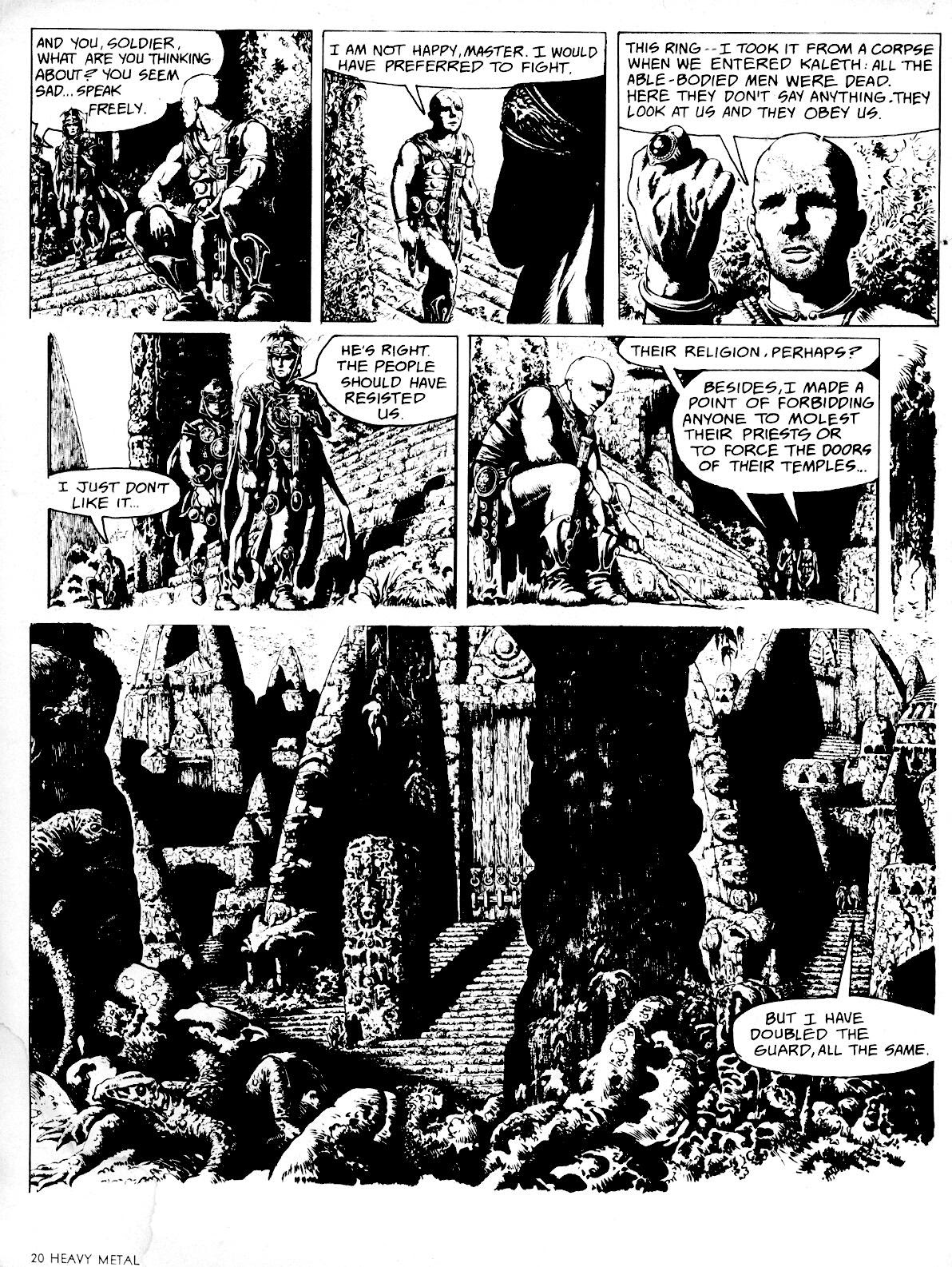 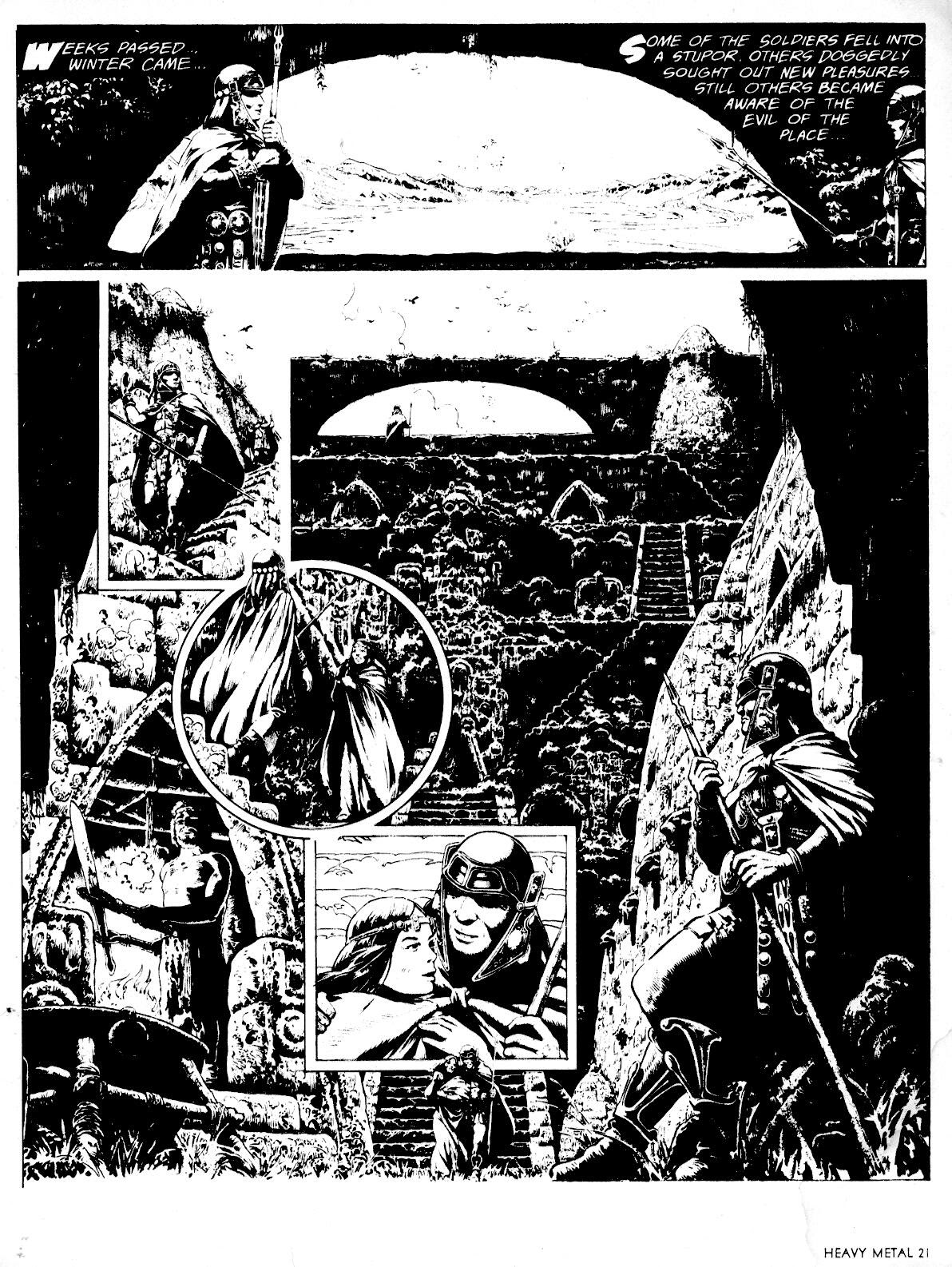 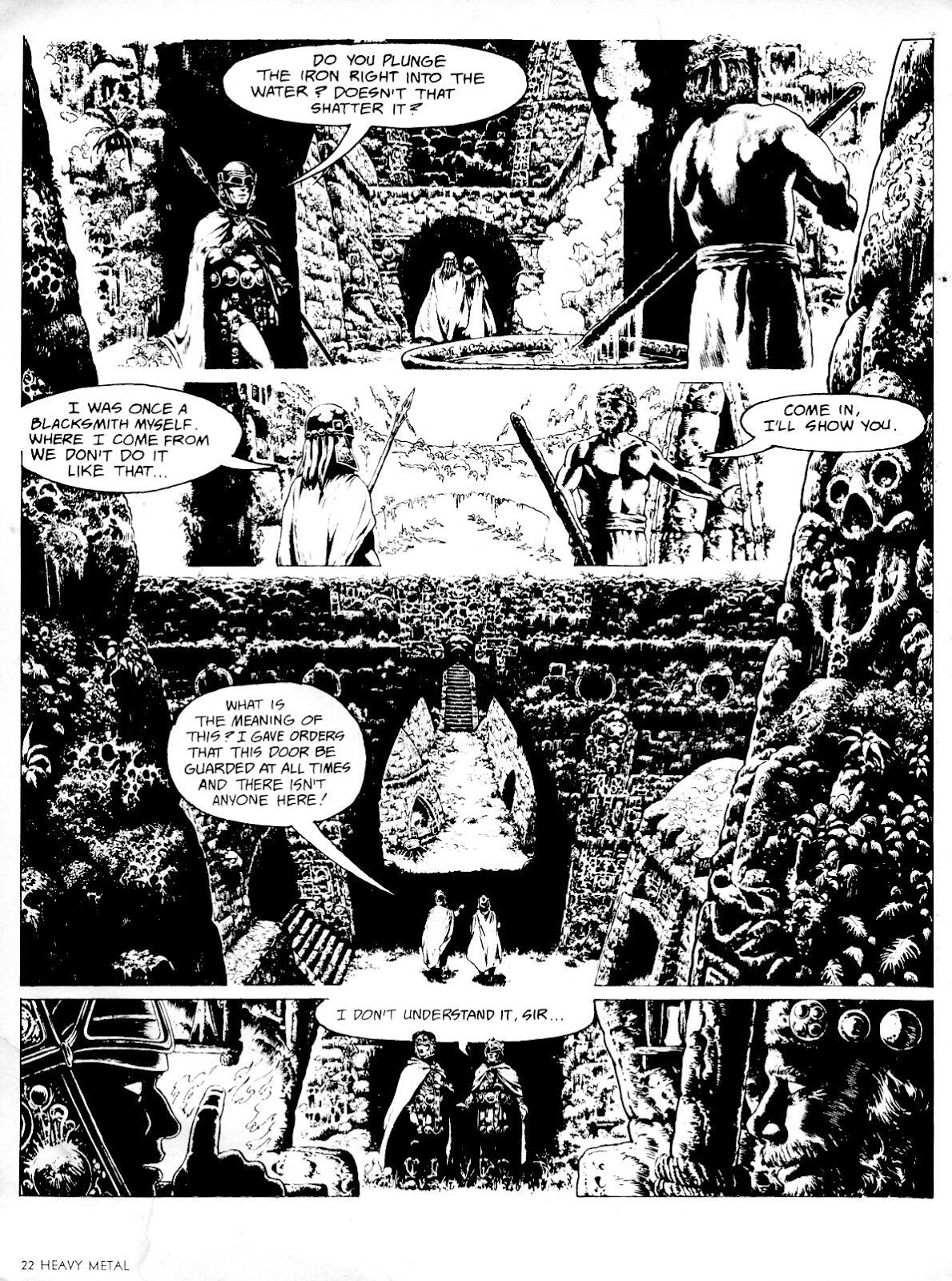 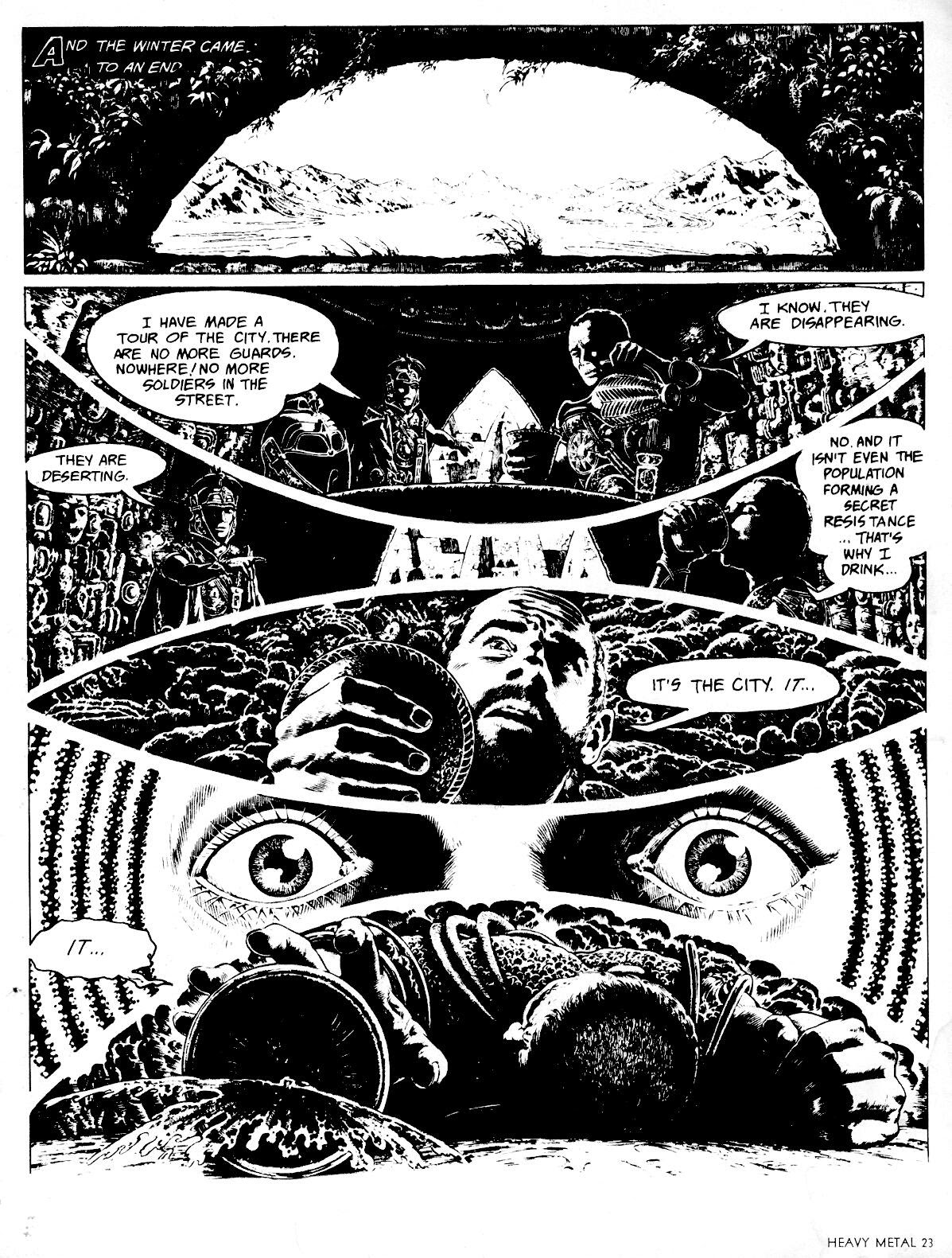 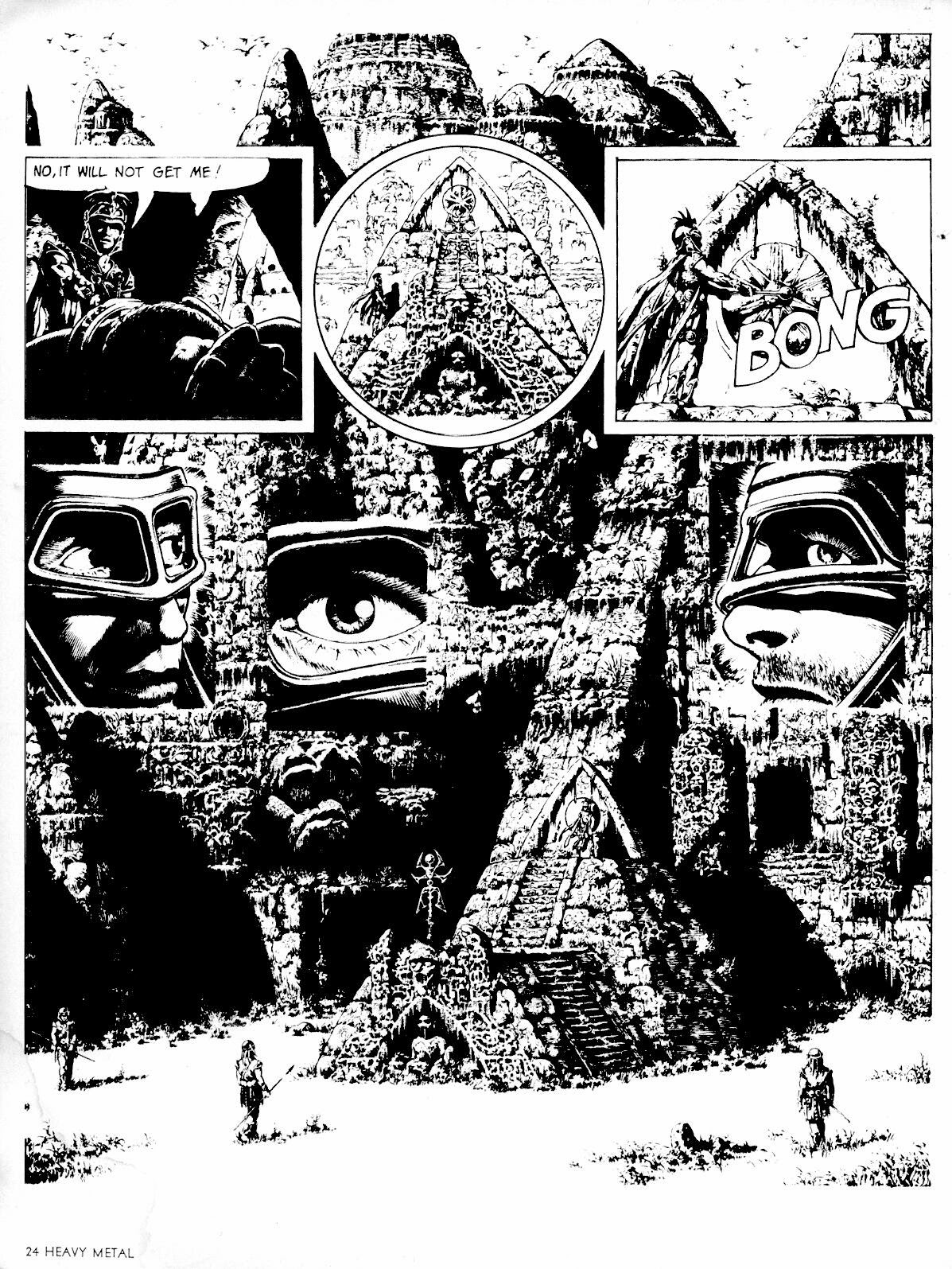 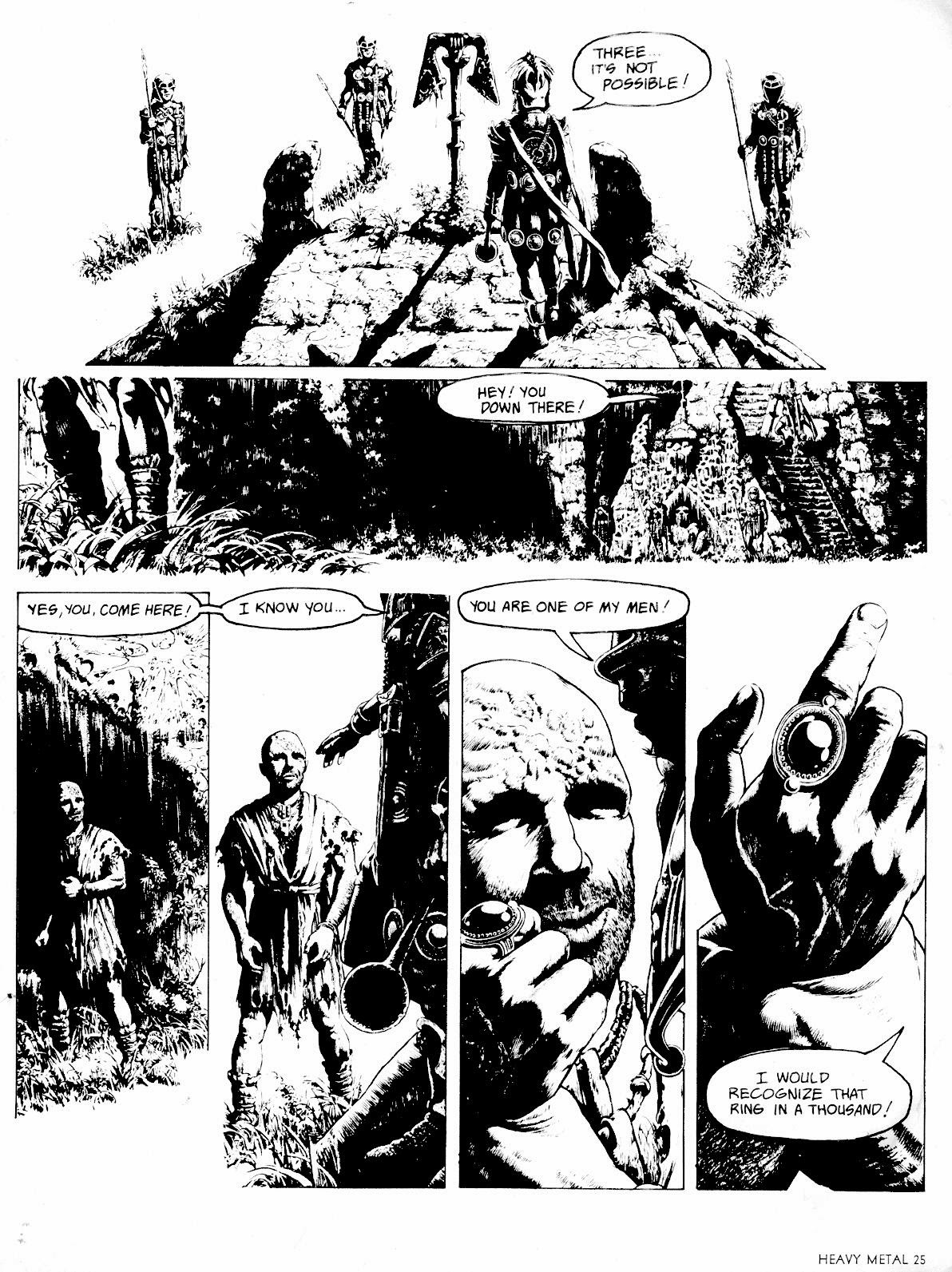 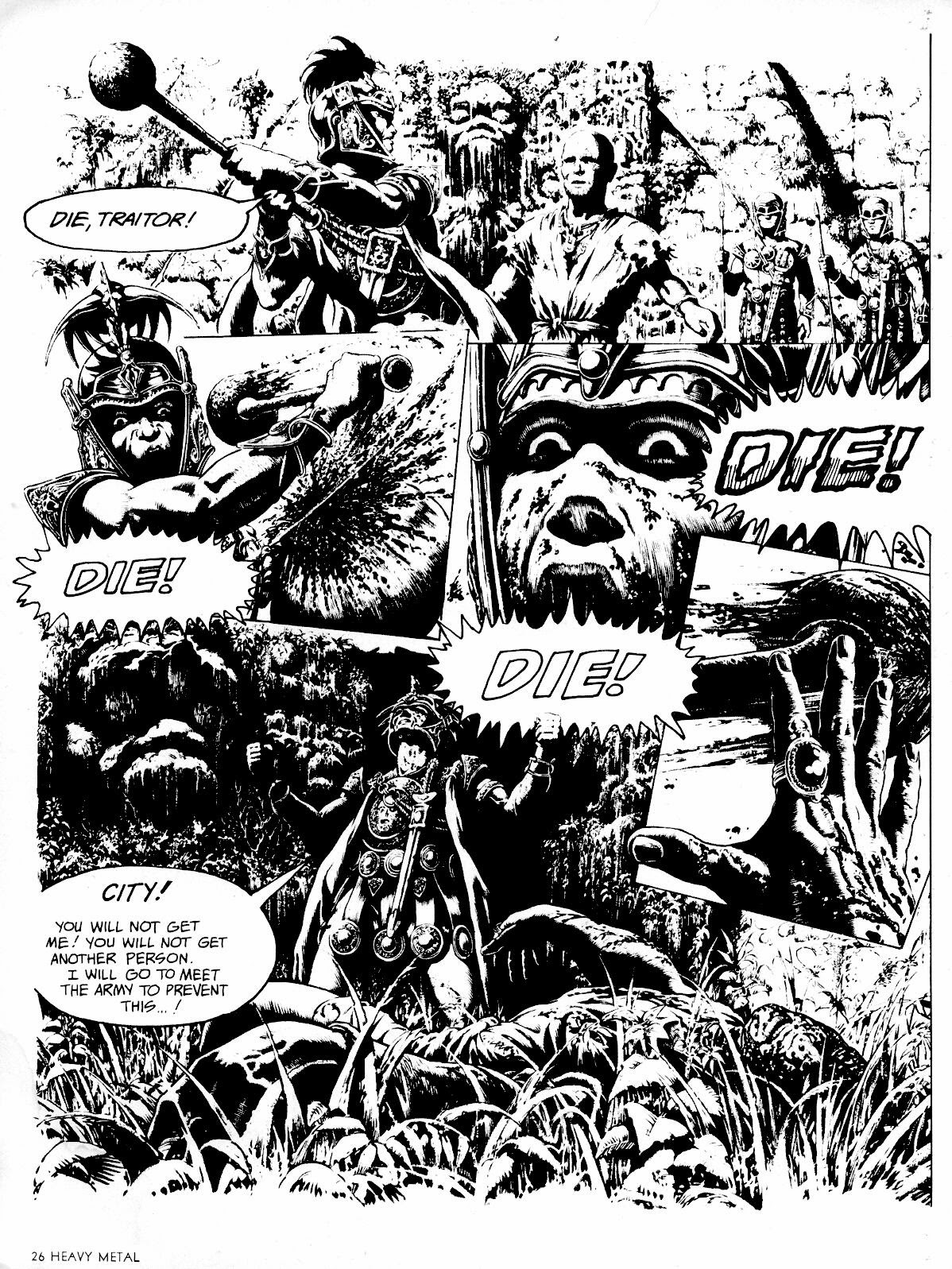 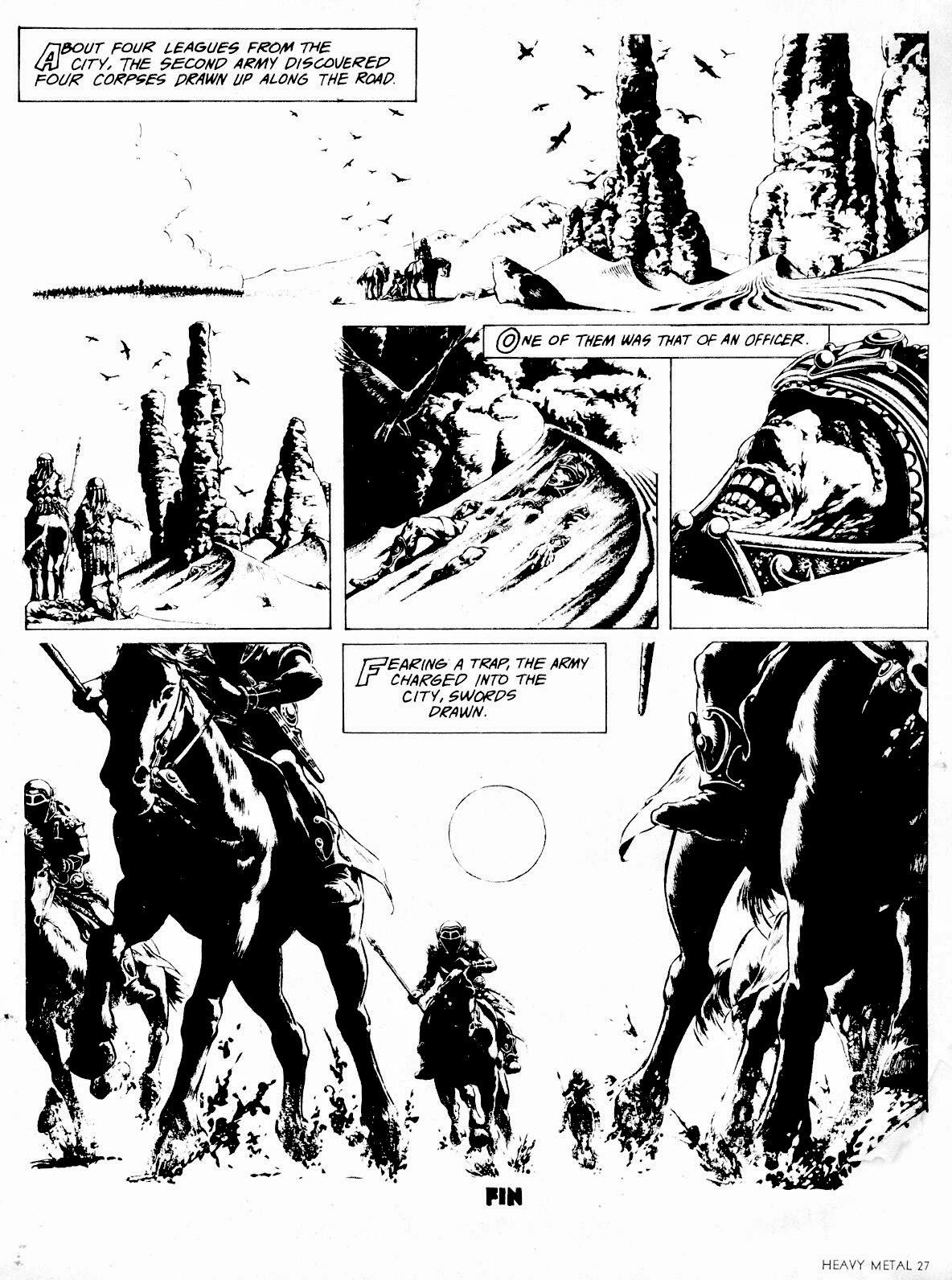 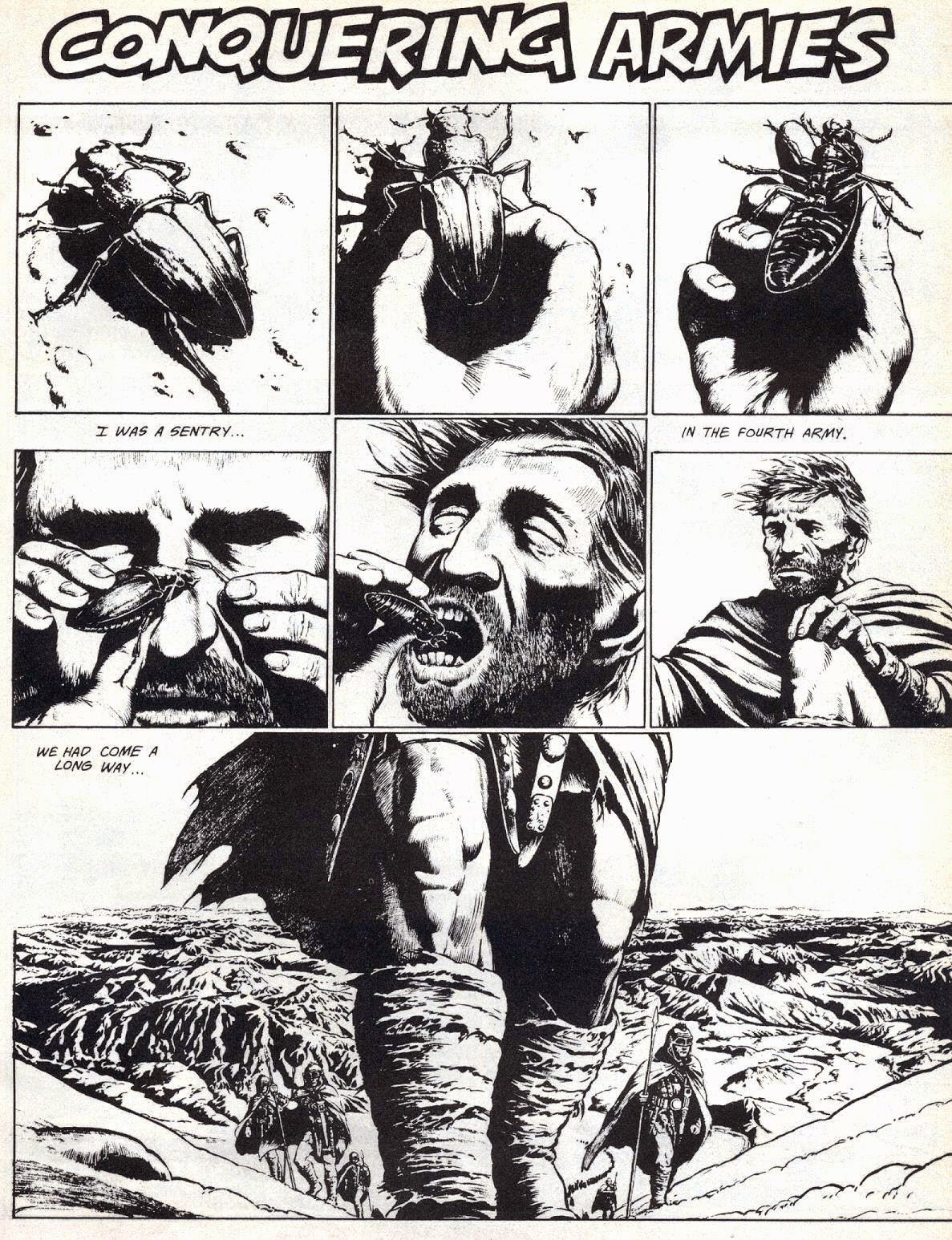 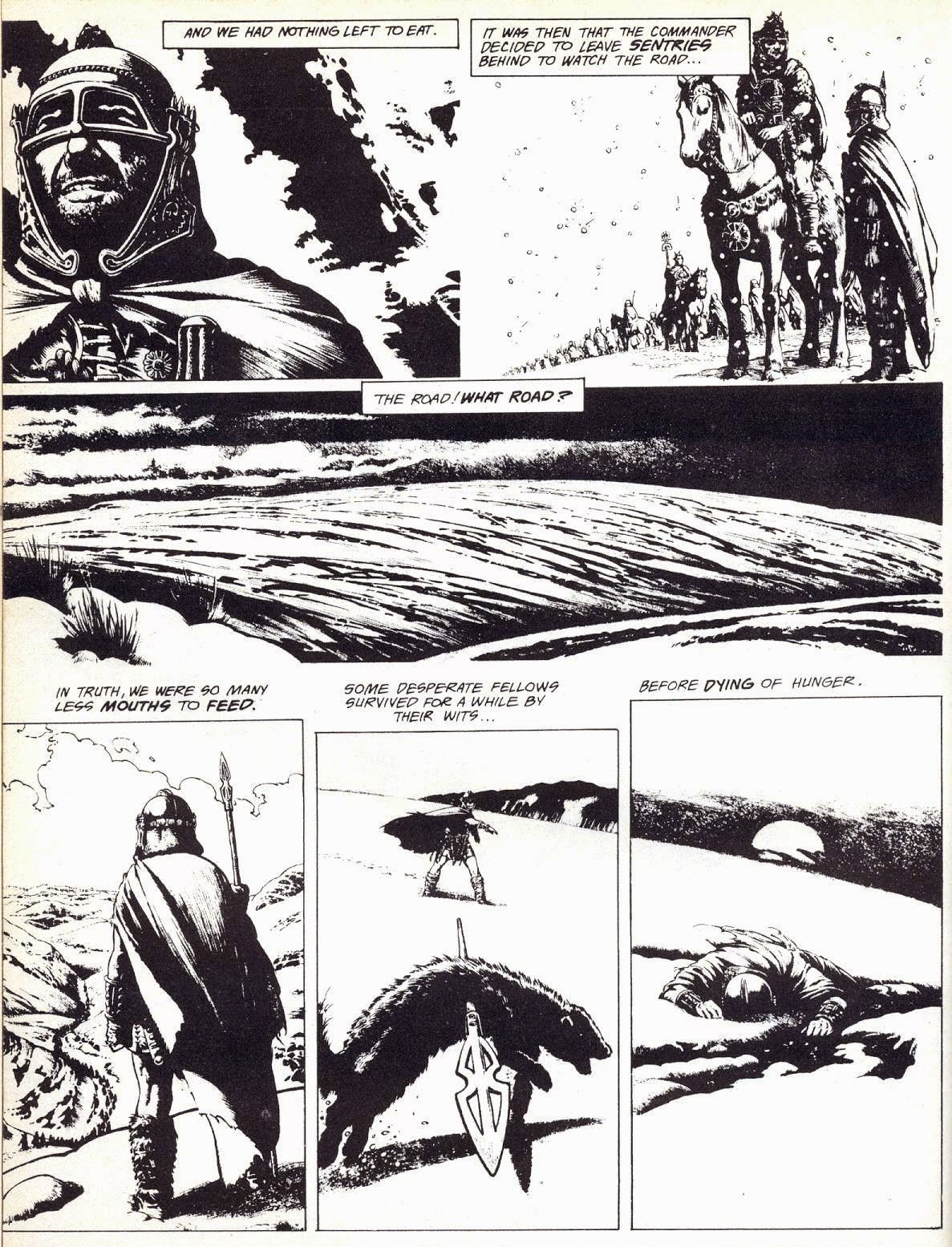 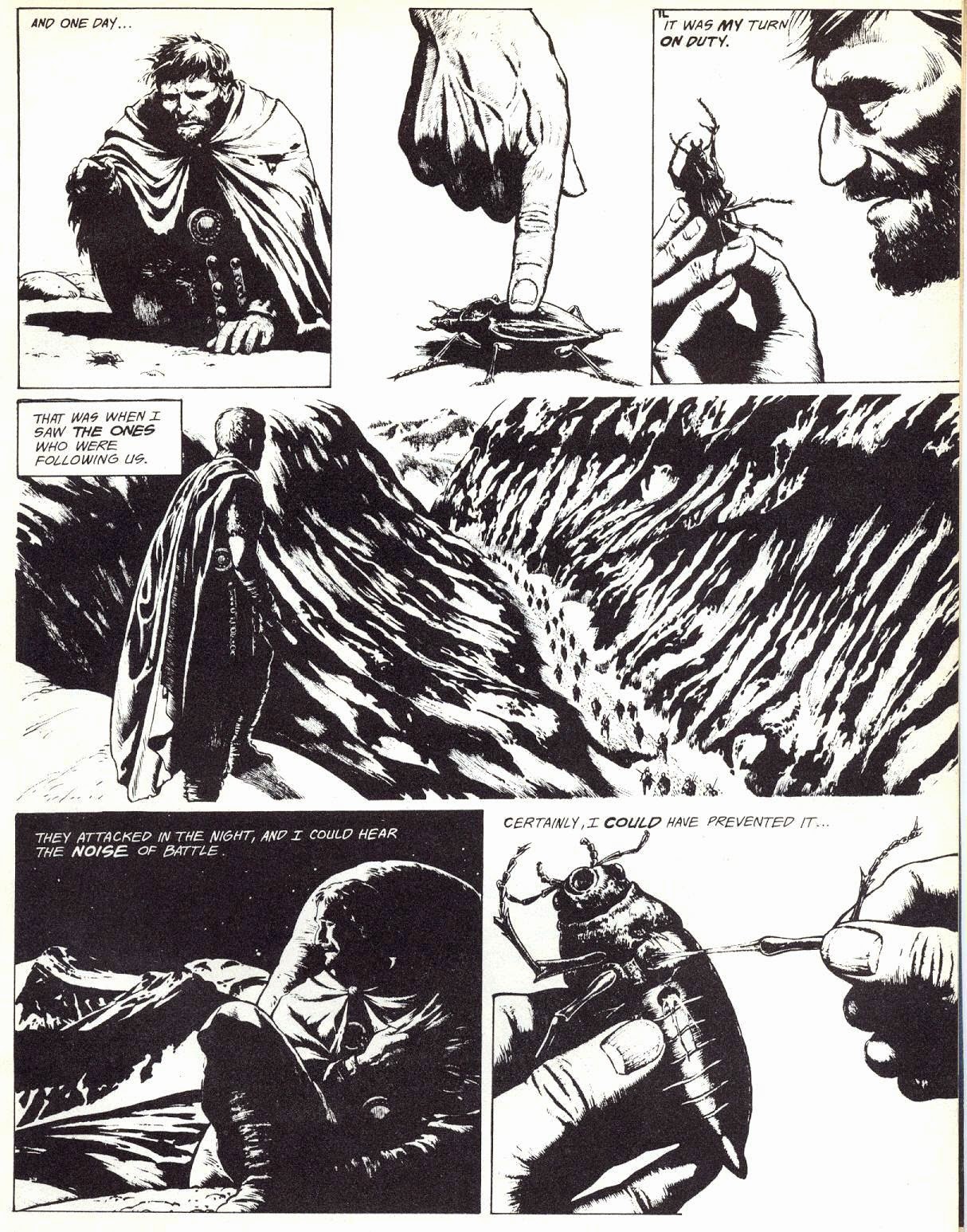 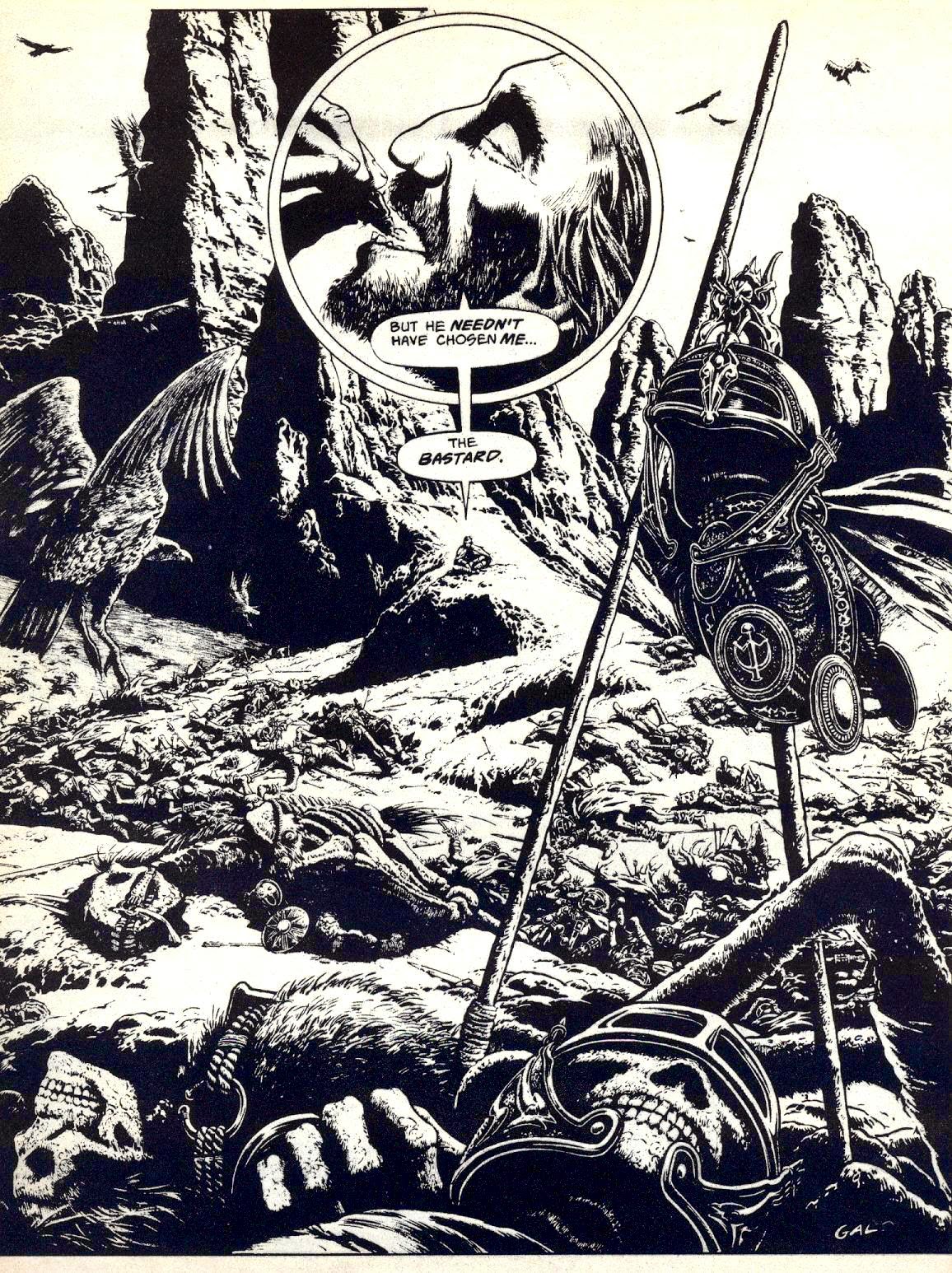