Ariel: The Book Of Fantasy 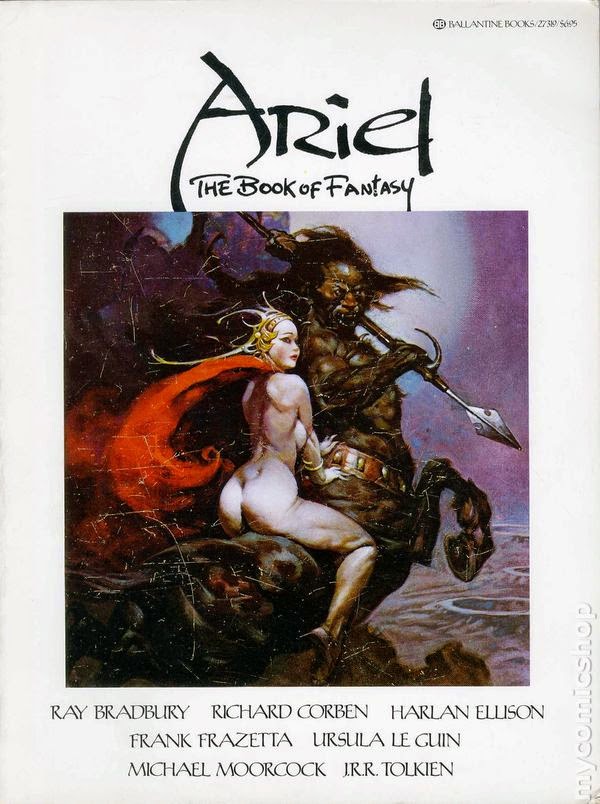 Ariel was a unique one. Sort of like an upmarket version of Heavy Metal, it was published by Ballantine Books between 1976 & 1978 as a quality art and comics magazine that was actually a trendy coffee table book. 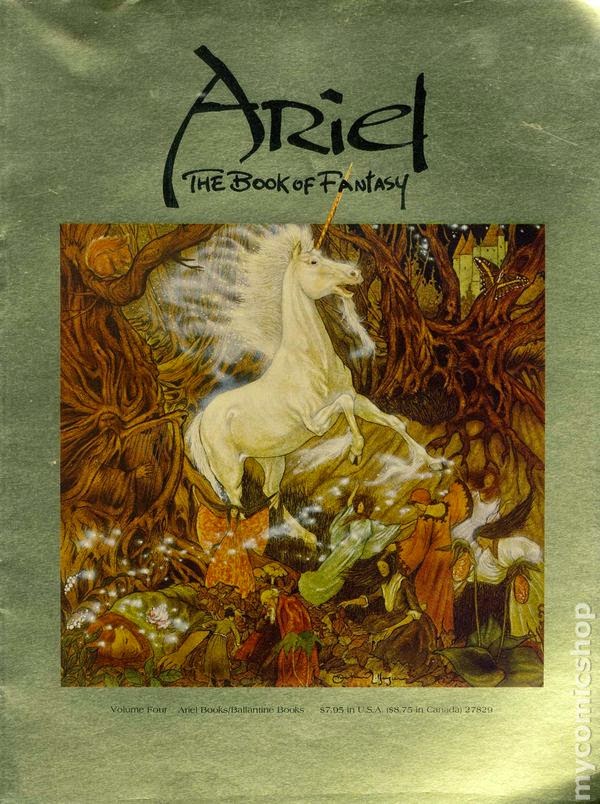 Sitauted on the shelf next to Dragon's Dream books like The Studio, it was printed on expensive, high quality paper stock and featured big, big names, with portfolio pieces, illustrated stories and comics from the likes of Ray Bradbury, Richard Corben, Frank Frazetta, Ursula Le Guin & Michael Moorock to name just a few. 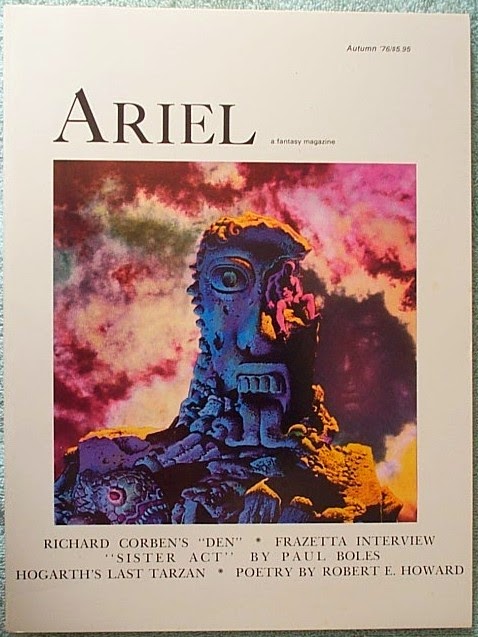 This was comics as serious, respectable, highbrow stuff, and if not completely successful ( it only lasted 4 issues ), and priced out of the range of most fans, it was an undeniably gorgeous visual treat.
The only volume I managed to get at the time was #3, and it was a beautiful, if slightly distant and unfriendly package.
No Stan's Soapbox here, or introduction of any kind, more the sort of thing critics with hipster beards would stroke their chins at in fashionable art galleries.
Still, Ariel #3 has a wealth of riches in it's glossy pages: 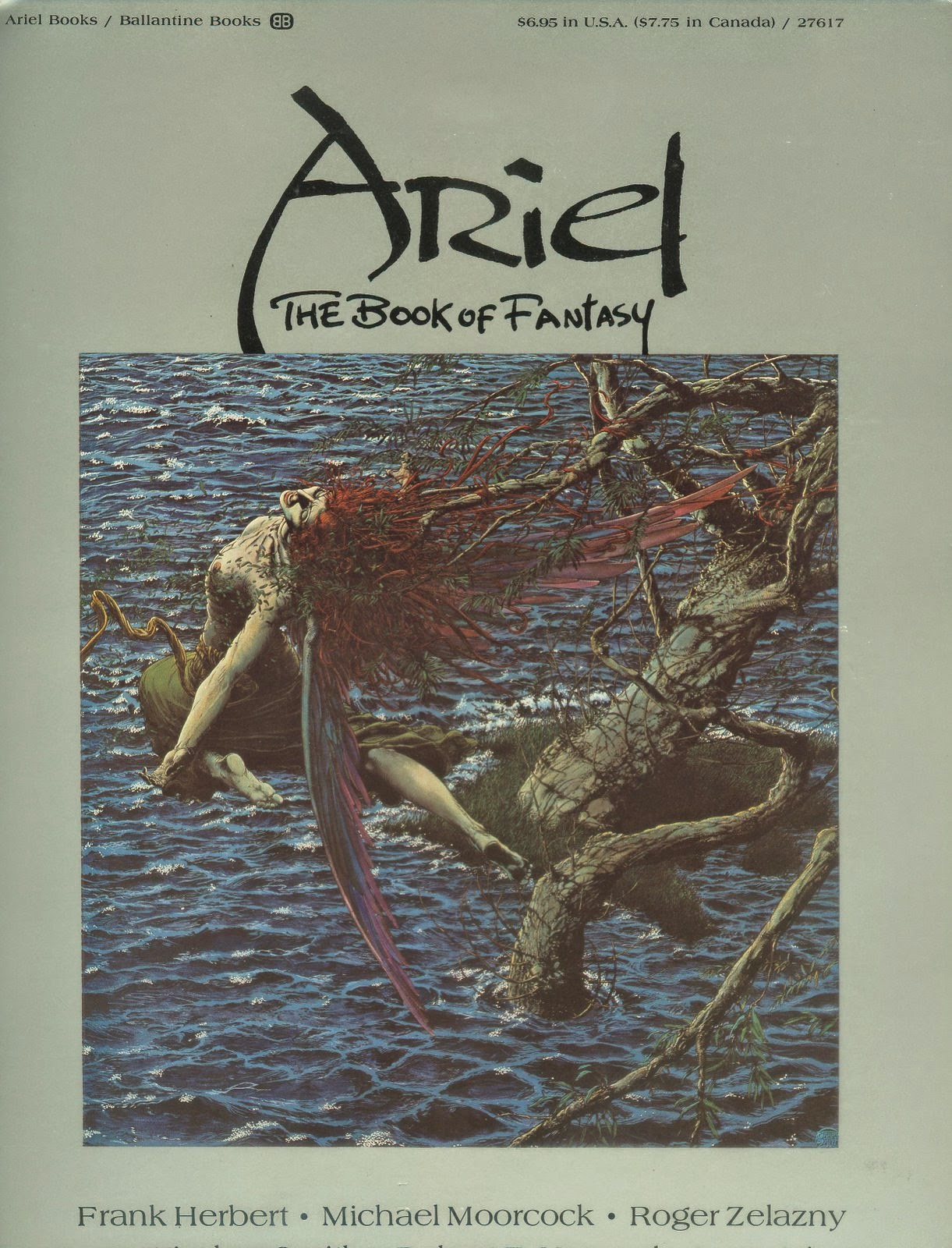 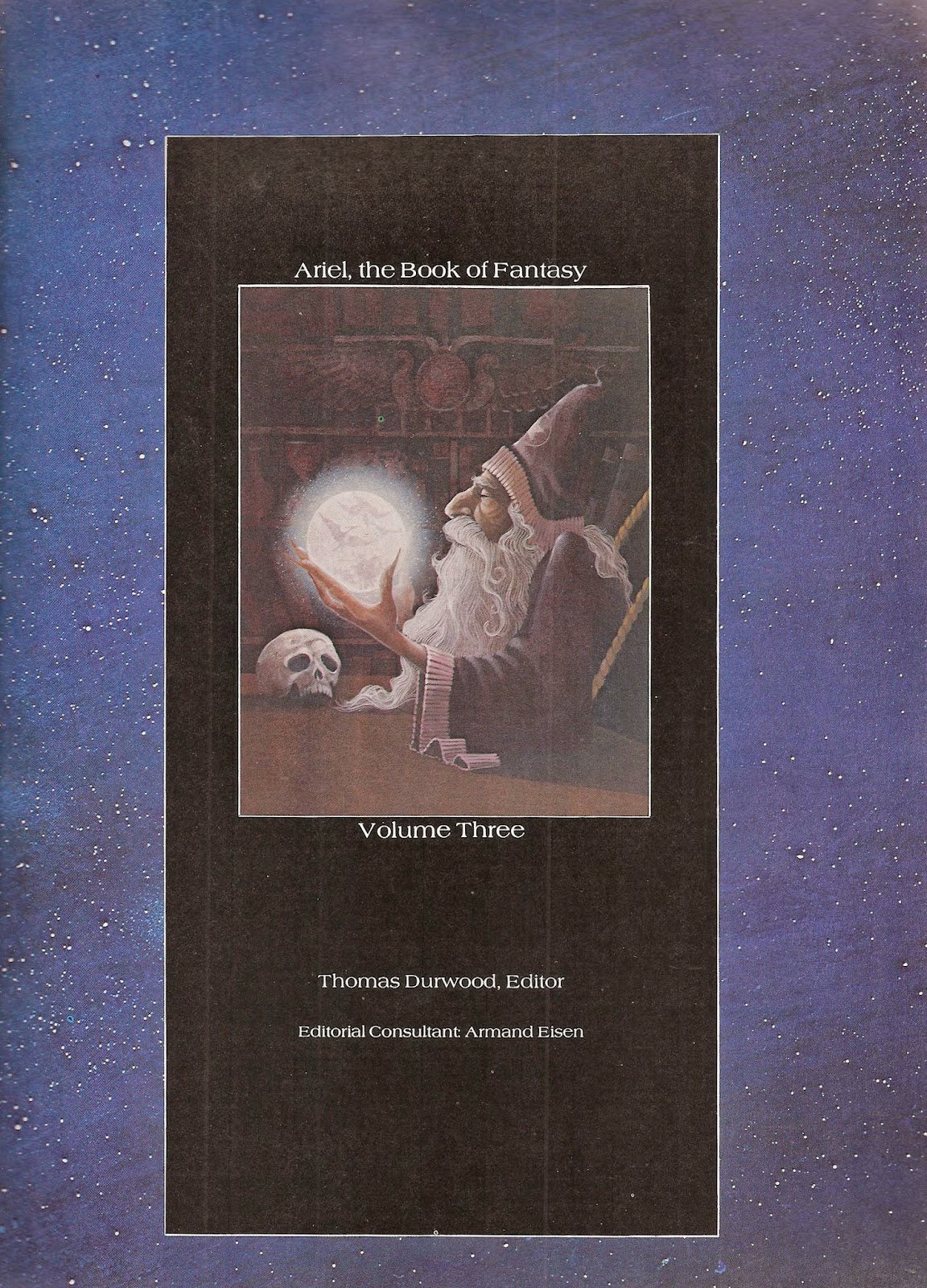 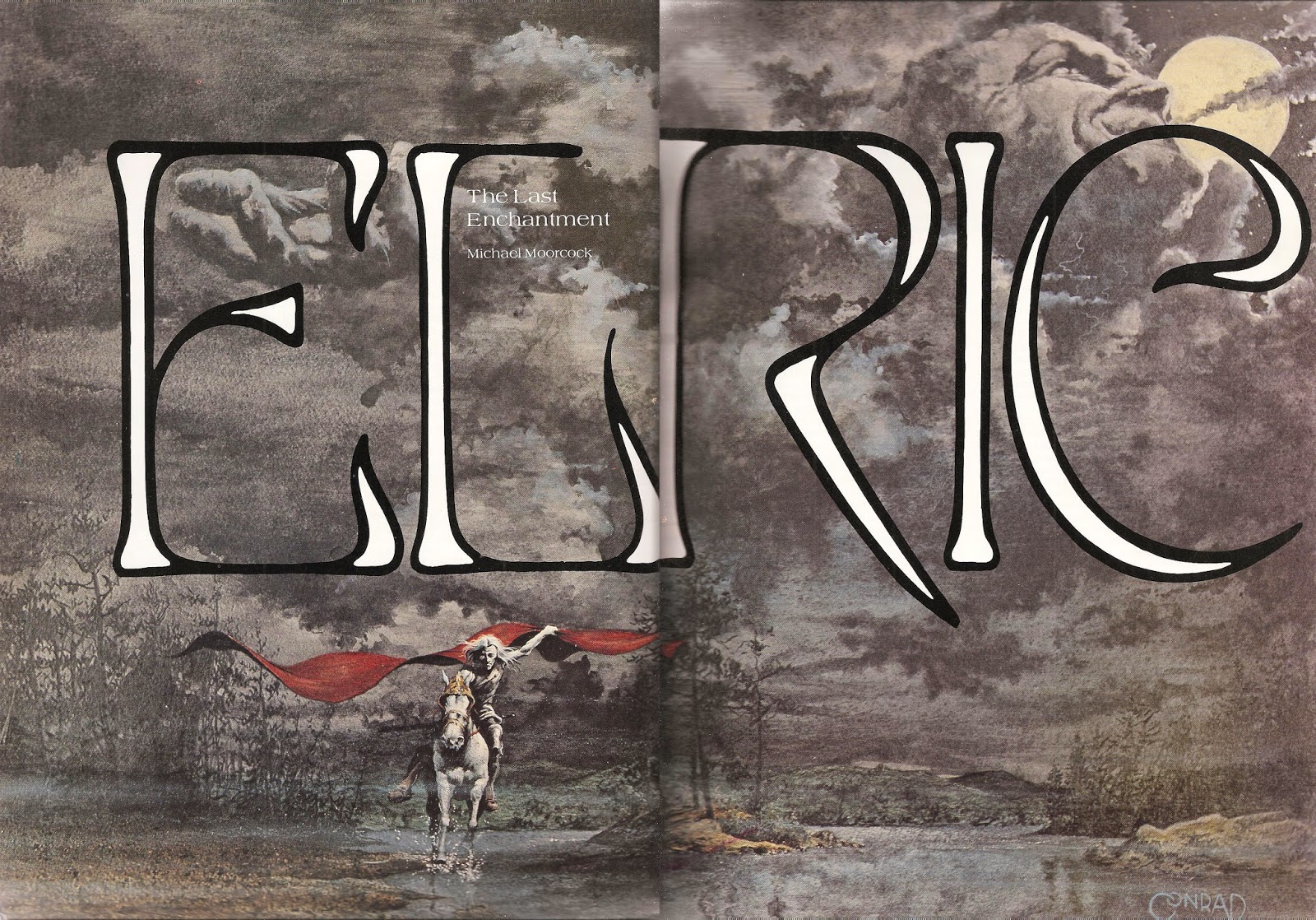 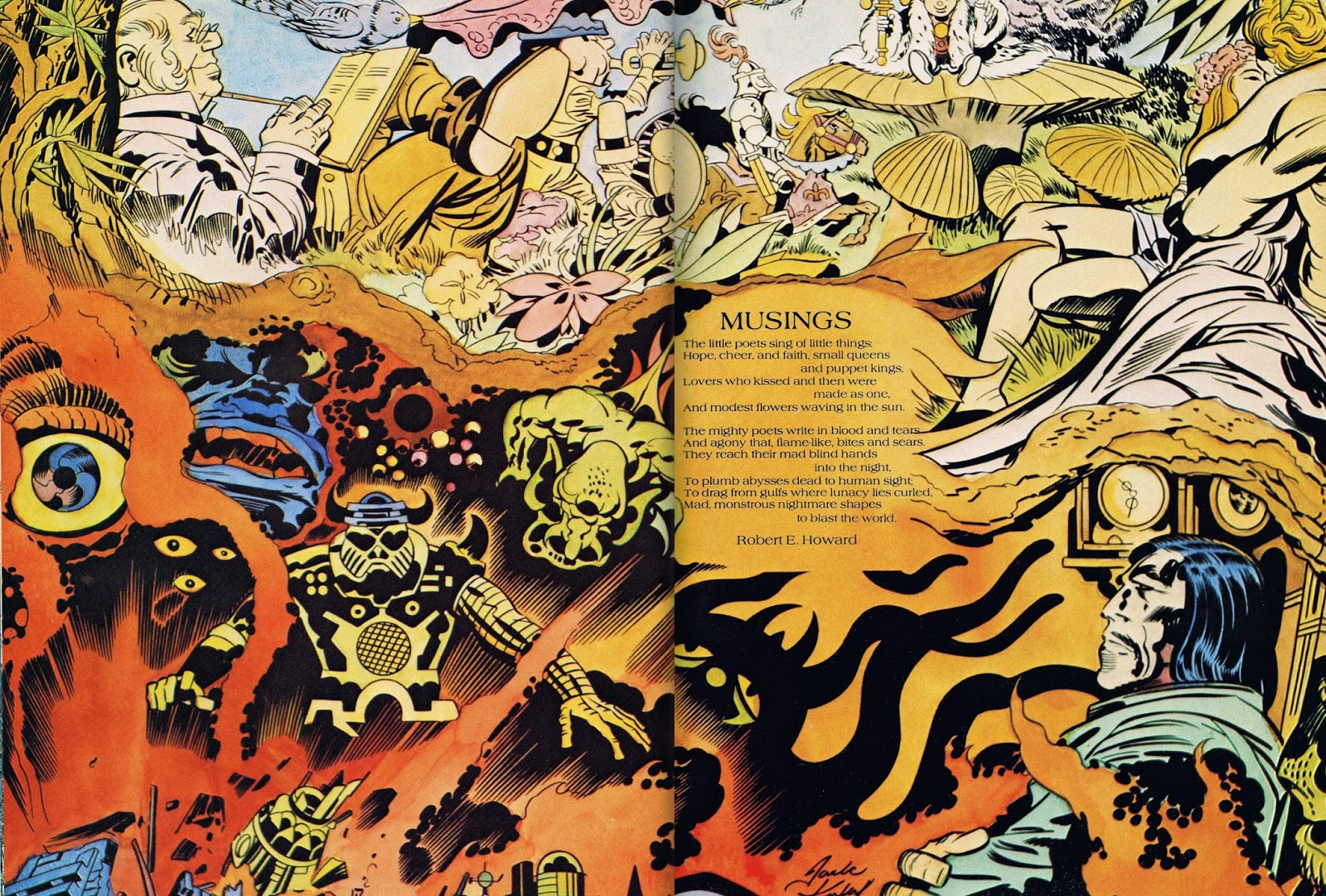 The Halls Of The Frost Giants, a Nordic fantasy that looks like every Prog Rock concept album cover ever: 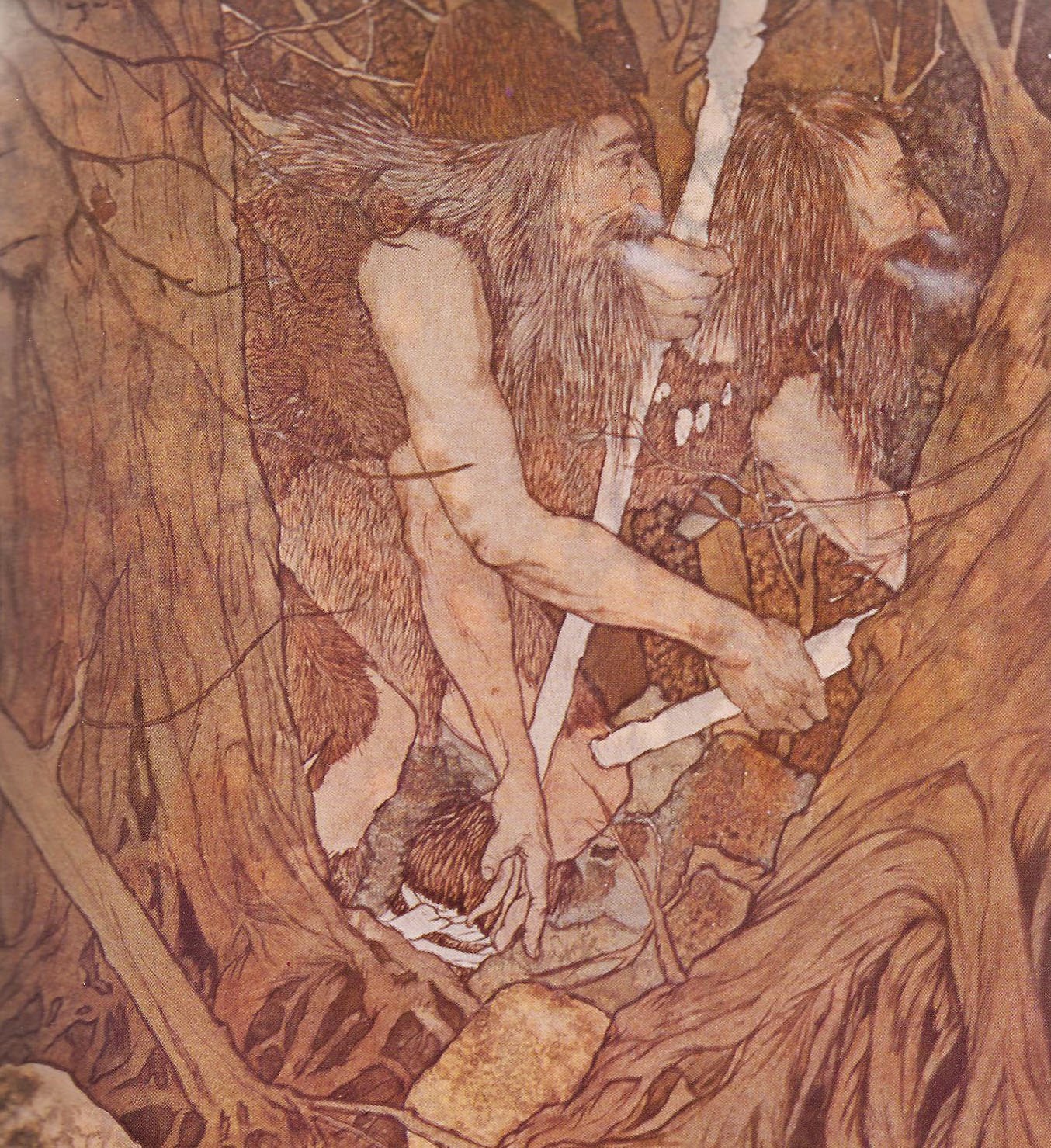 There's also a couple of interviews with Frank Herbert and Barry Windsor-Smith, Bazza's from the time he was sharing space with Jeff Jones, Mike Kaluta & Berni Wrightson at the aforementioned Studio:

I already had all the art from this piece, in the Studio book, but Bazza was always good value in interviews, so didn't mind too much: 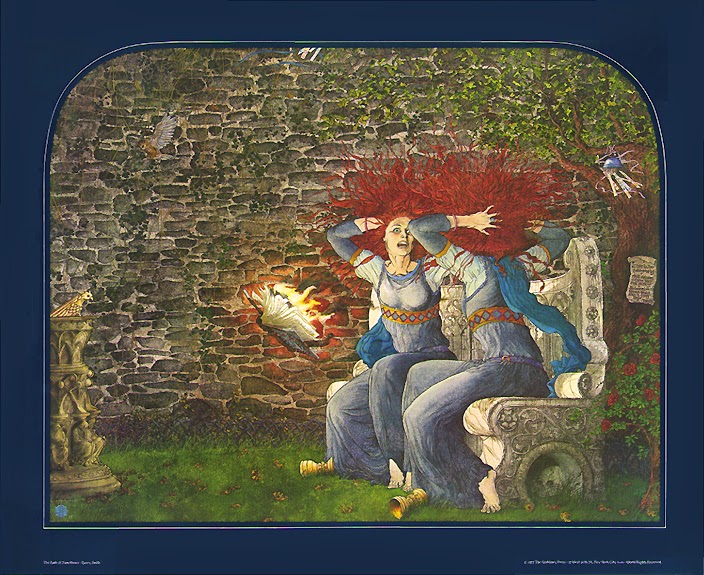 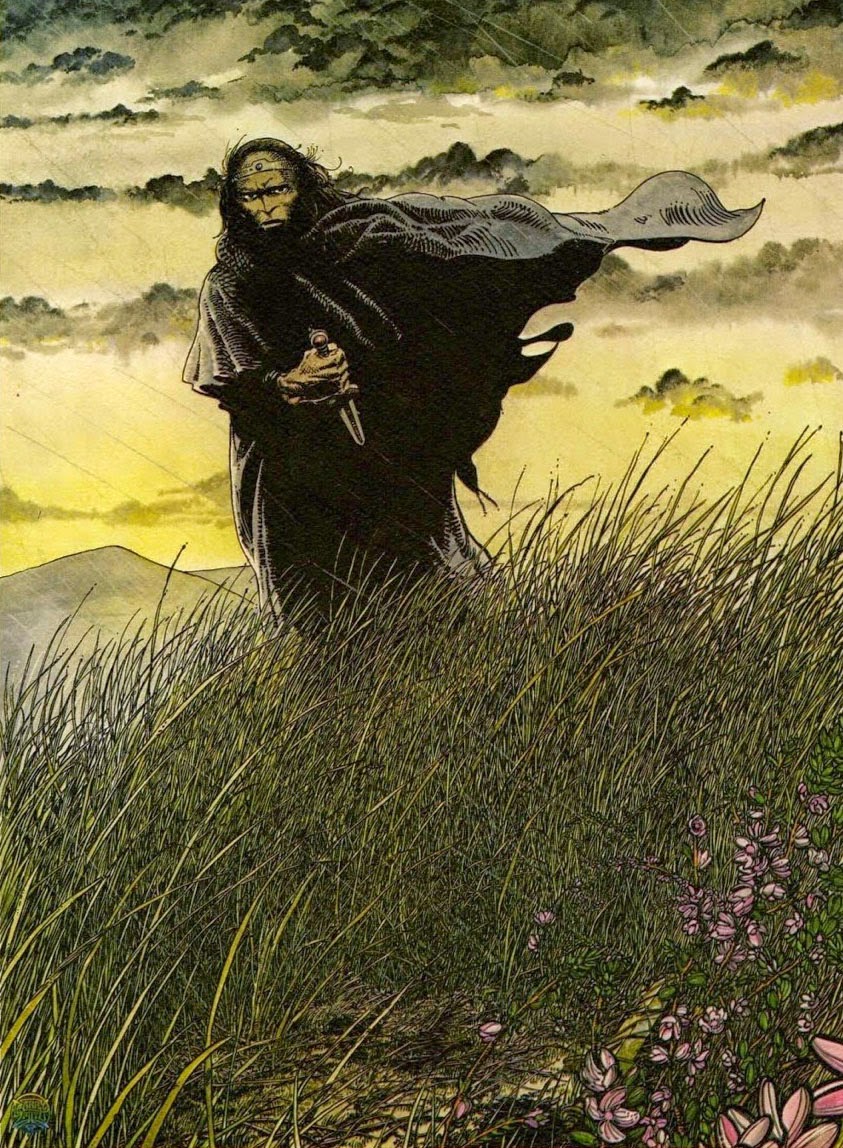 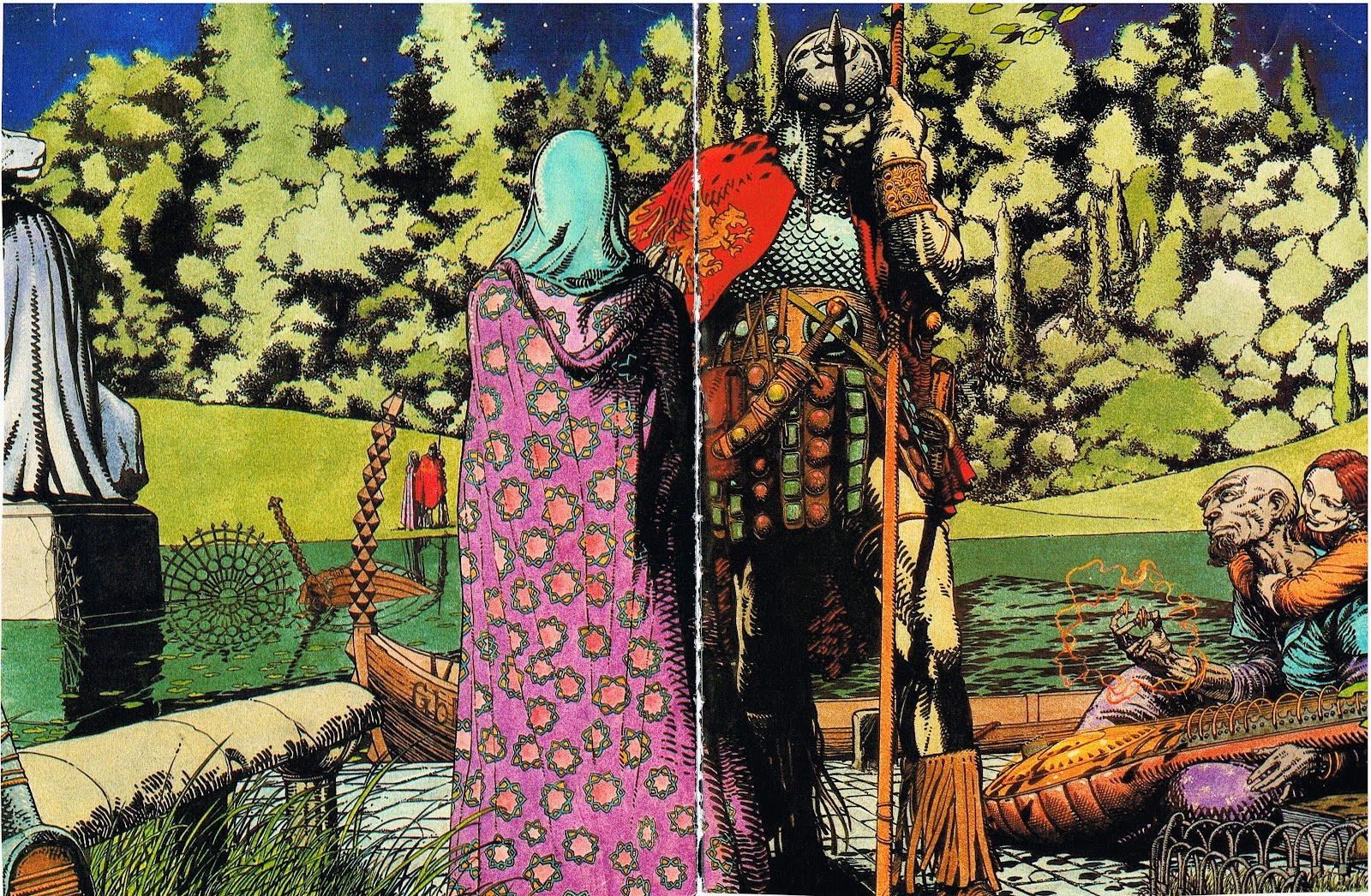 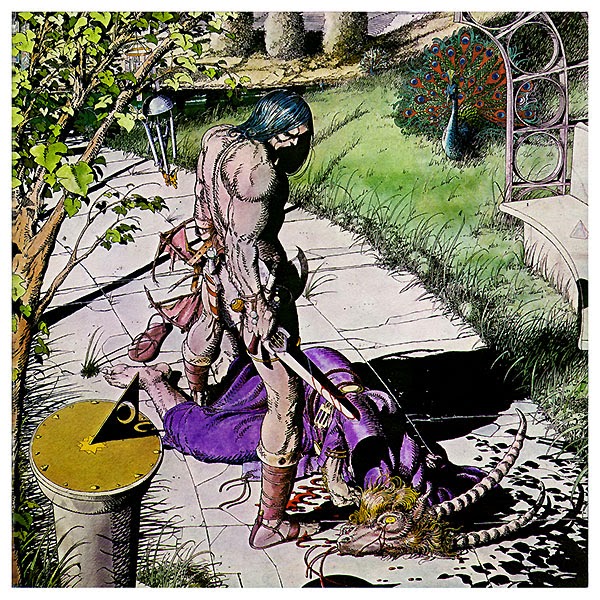 Besides here was Al Williamson, Carlos Garzon and, I suspect, an uncredited Archie Goodwin adapting Harlan Ellison's auto-apocalypse road rager Along The Scenic Route, the only actual comic strip in Ariel: 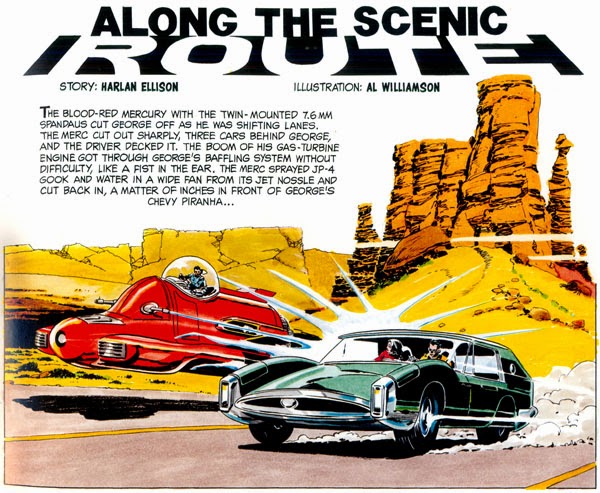 Bruce Jones illustrating his own fable The Maiden & The Dragon: 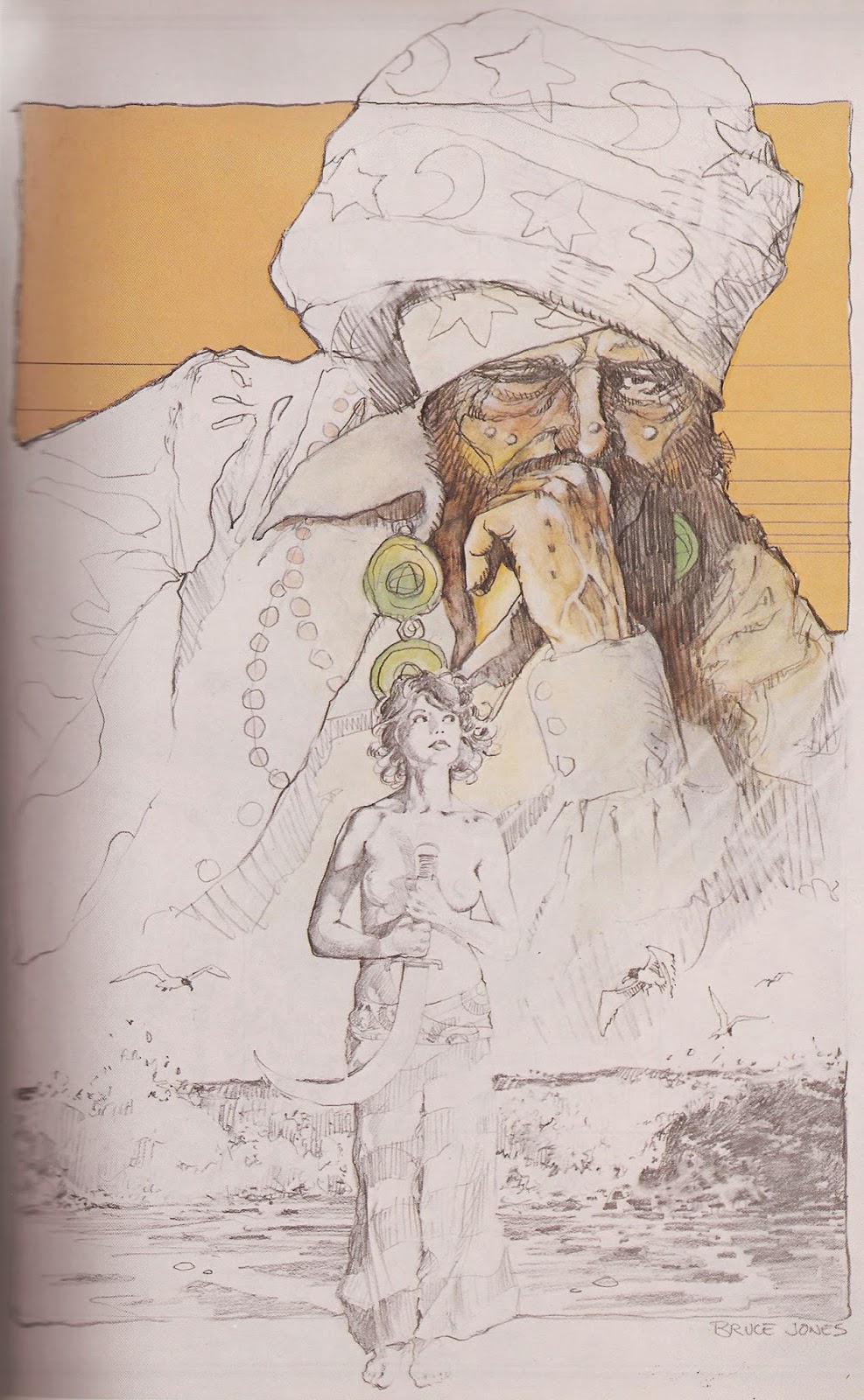 The Awakening, a spooky story with accompanying touched up photographs: 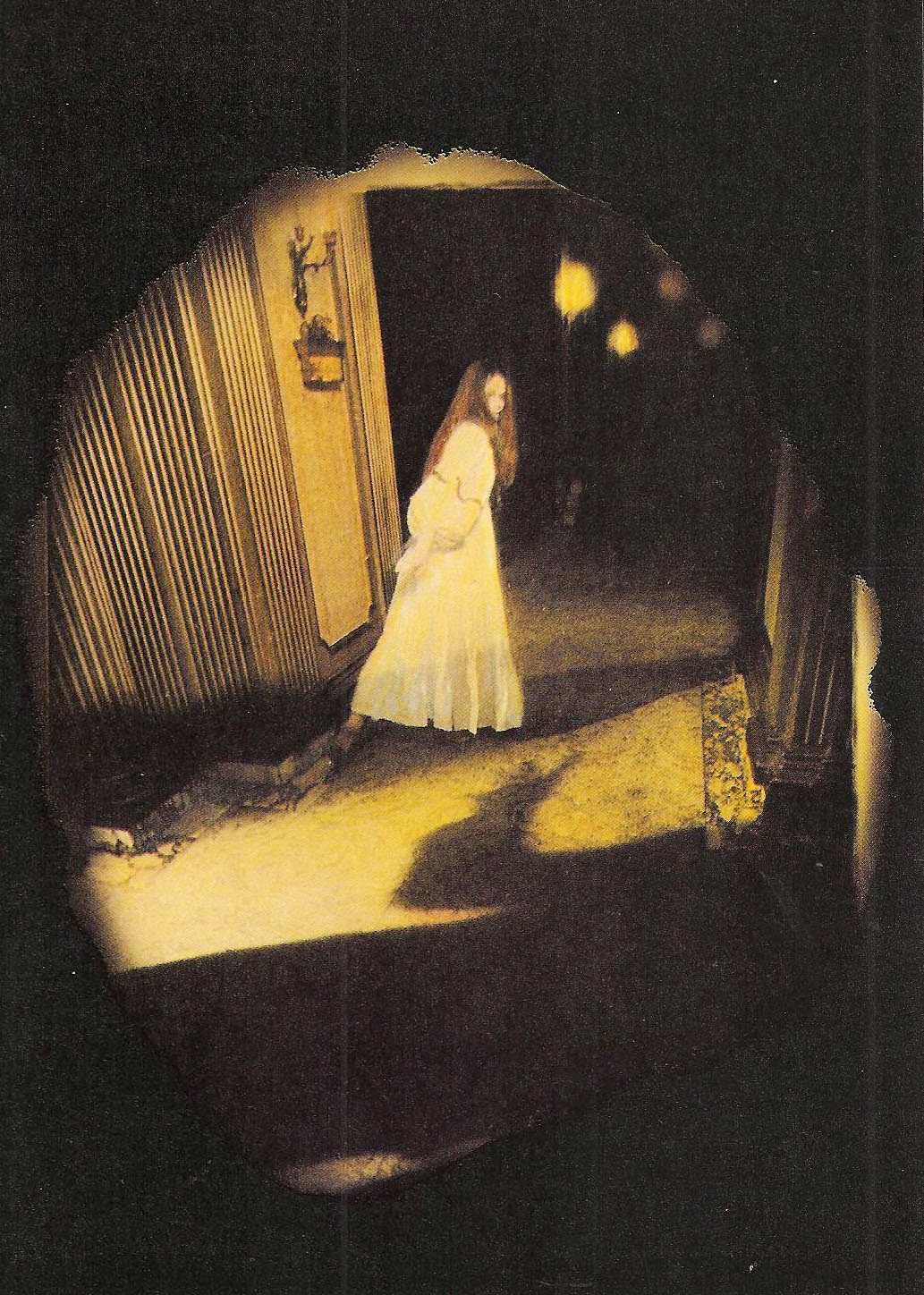 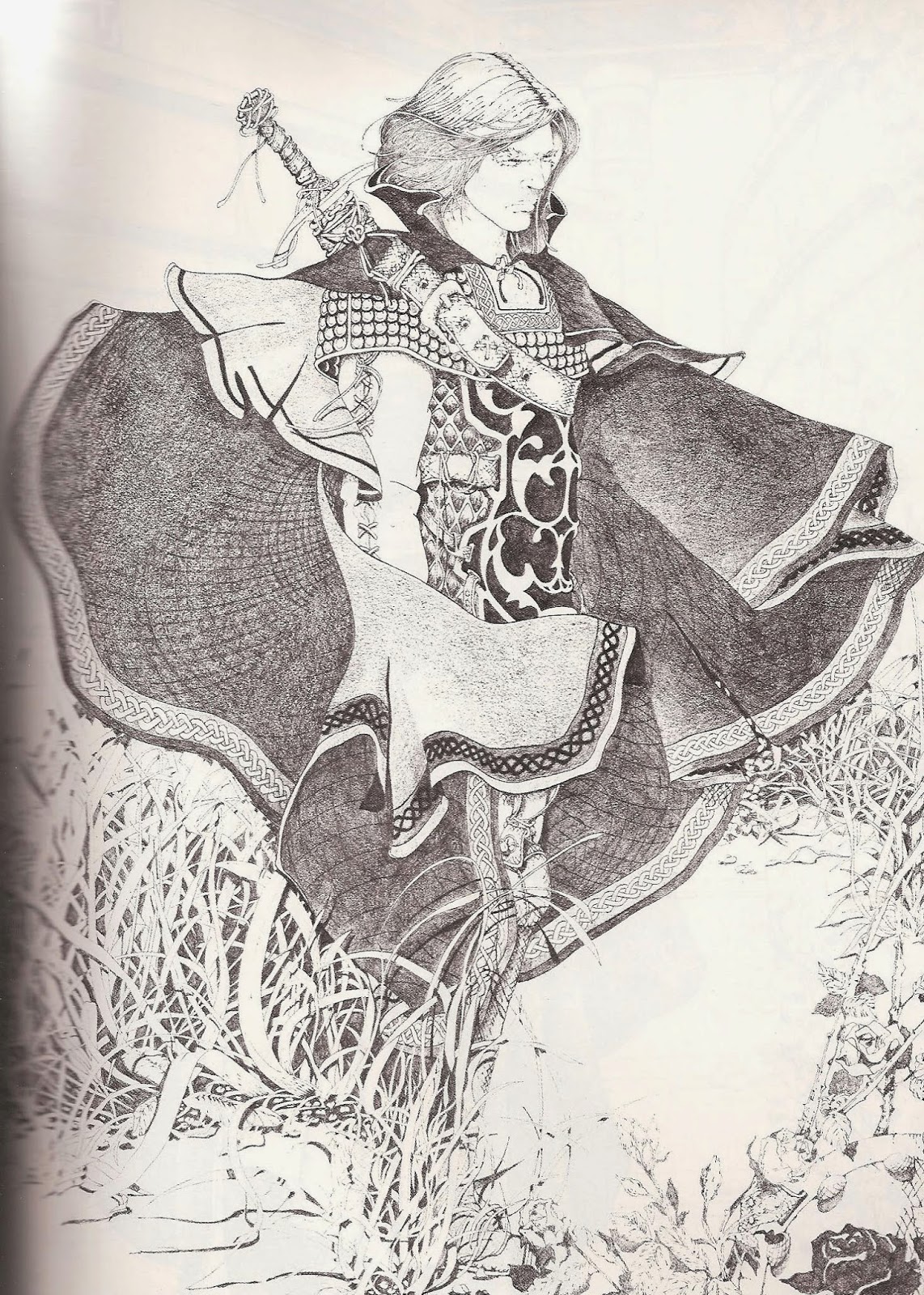 And Alan Lee with some beautiful paintings accompanying Larry Niven's A Transfer Of Power: 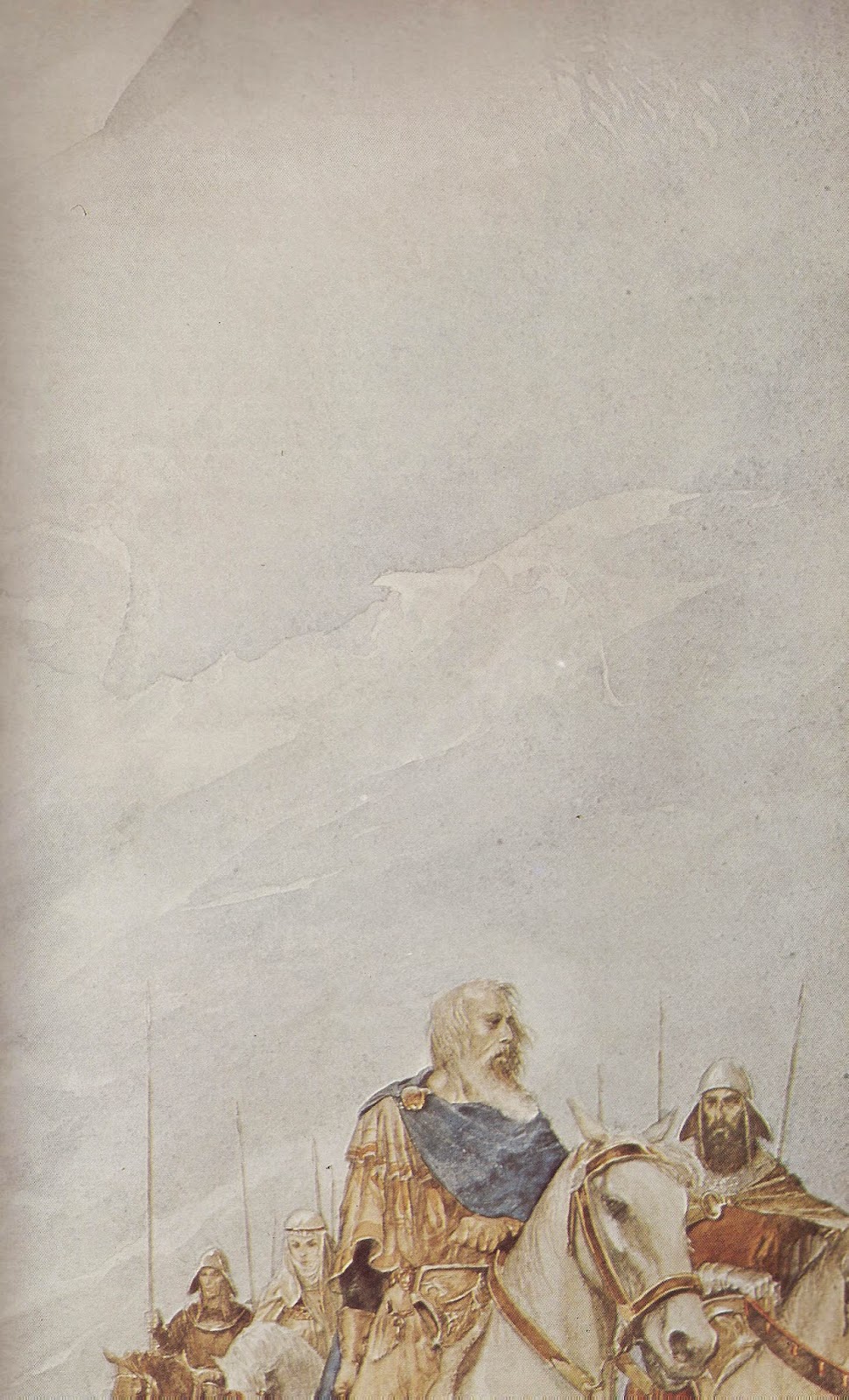 And, of course, there's Jim Crocker, Prince Of Atlantis, an interview with a farmer from Iowa who's absolutely convinced that in a previous life he was, in fact, no less a personage than Yala Doree Hados Abalin Octavian Lamothrace, Crown Prince of The Lost City Of Atlantis.
To this day, I have no idea what the holy hell this piece is doing in this book, but always like the fact that one of the names Jim picks for himself happens to be my surname. 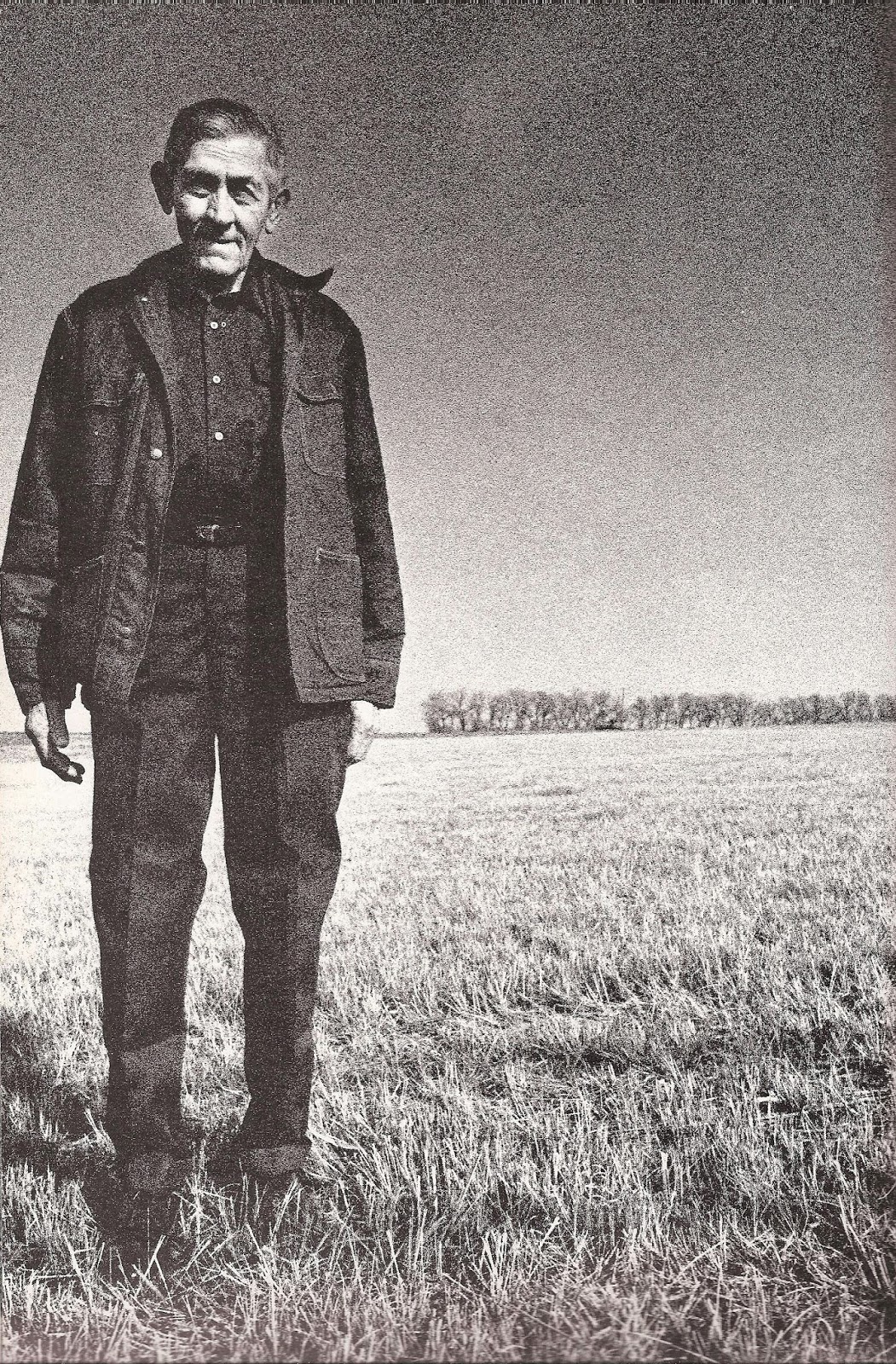 Probably a bit ahead of it's time, I don't know if something like Ariel would fare better these days. Back then, we were all casting around for the next step on from Marvel & DC, but none of us had the disposable income necessary to support something like this properly, plus, as beautiful as it was, it did have that coldness and utter seriousness about it.
Notice, for instance, how on the cover of volume #4 ( the one with Corben's Den on it ) they even got rid of that evocative logo to make the book look even more like an art catalogue.
Still, I love a noble failure, and I always lumped Ariel in with Bryon Priess' equally fascinating but occasionally wrong-headed attempts to bring comics into a new age of maturity. I do know, that at some point, I'll make it my business to get the other three volumes, that's for sure. 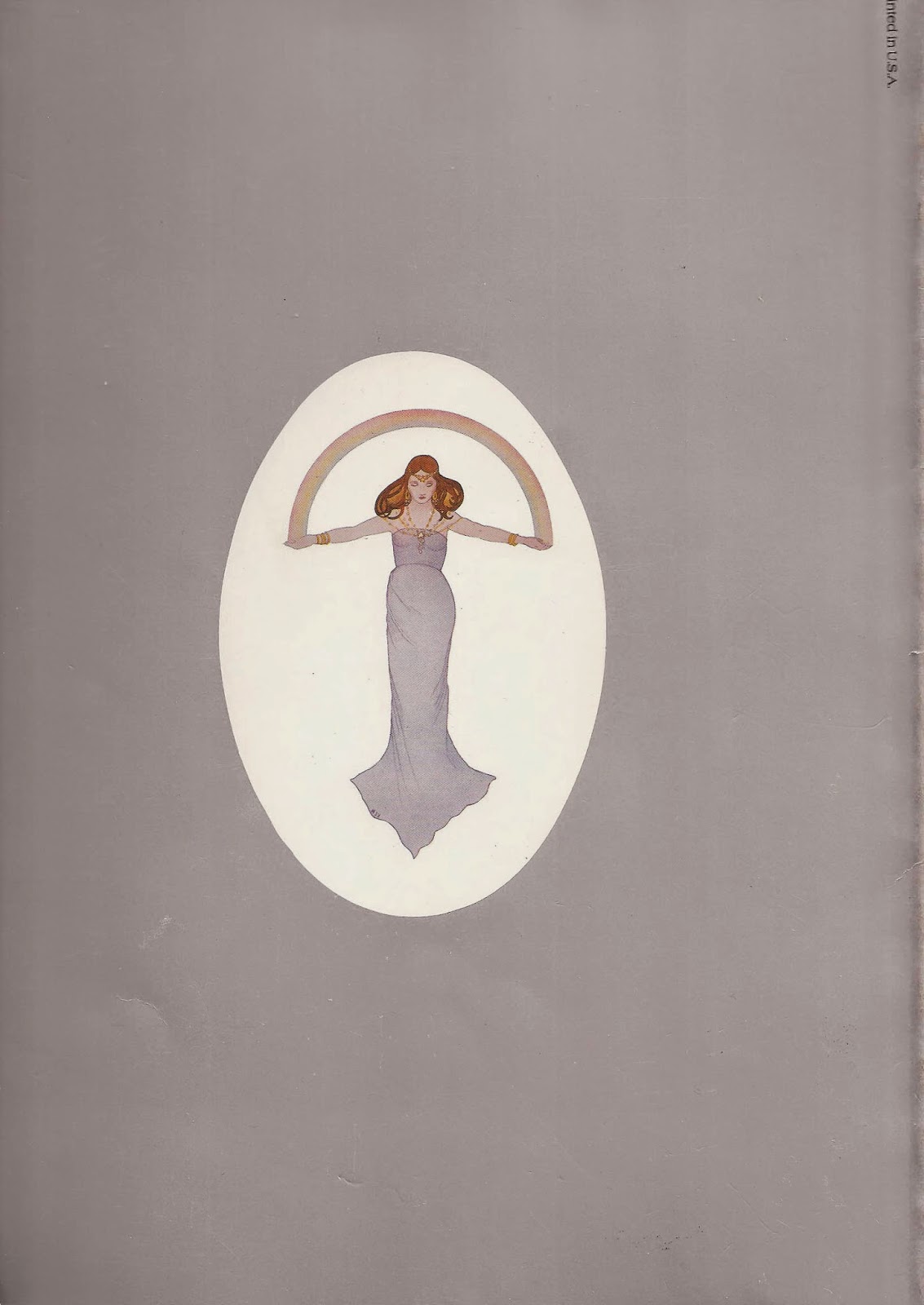