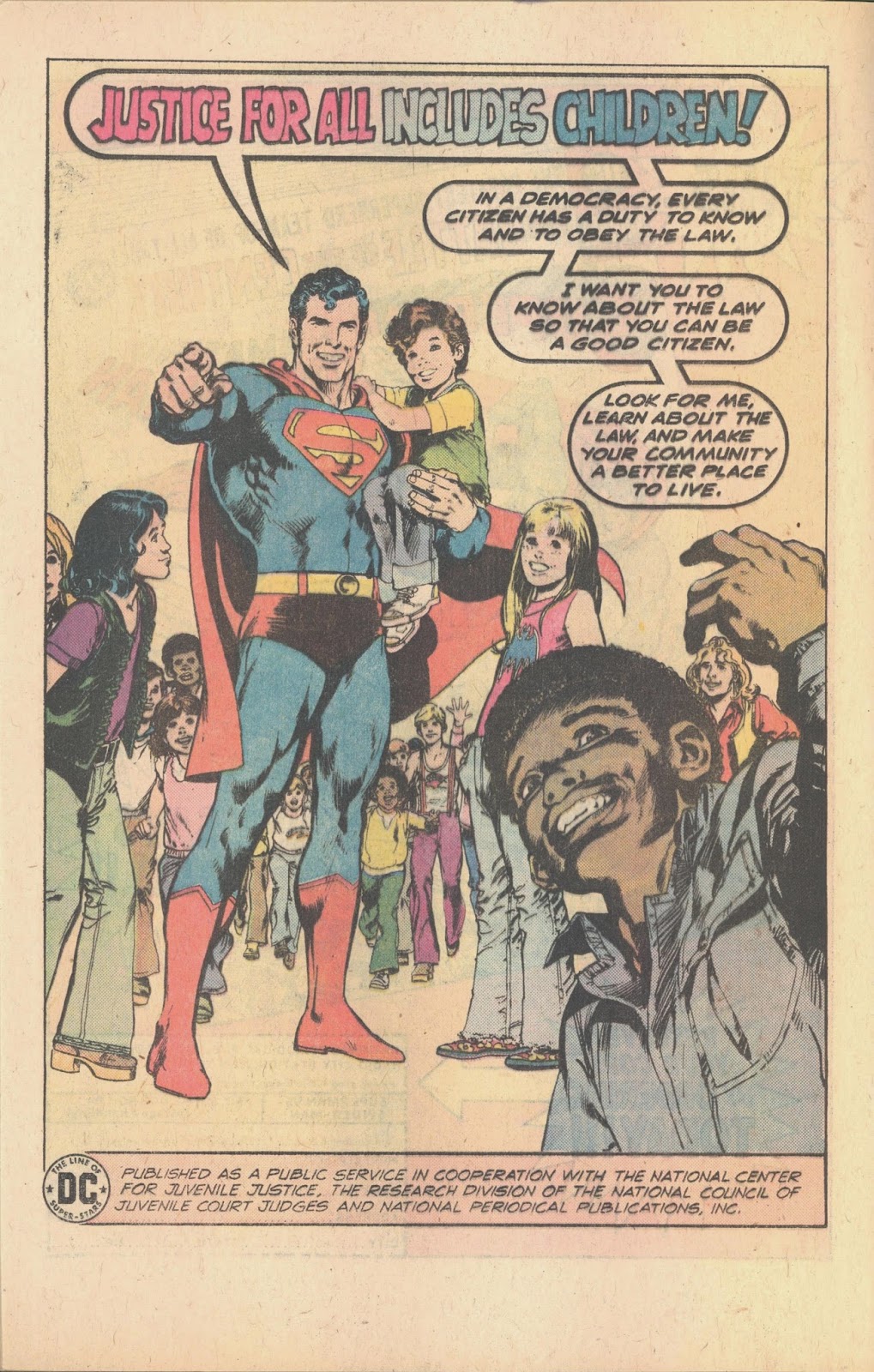 Here's Superman sticking his nose in where it isn't wanted, in a series of public service ads lovingly illustrated by Neal Adams & Curt Swan, that ran in DC titles roundabout 1974 / 1975. You can't accuse DC of stinting on their top guns when called upon at least, and it looks like Neal & Curt did this stuff for free.
My favourite's the fourth one, where I'm being taken into Juvenile Court, and only Supes takes my side. Thanks big guy.
And the 8th one is good too, though who else wishes Big Blue would stop the lecture and just drop-kick that child abuser to Jupiter? 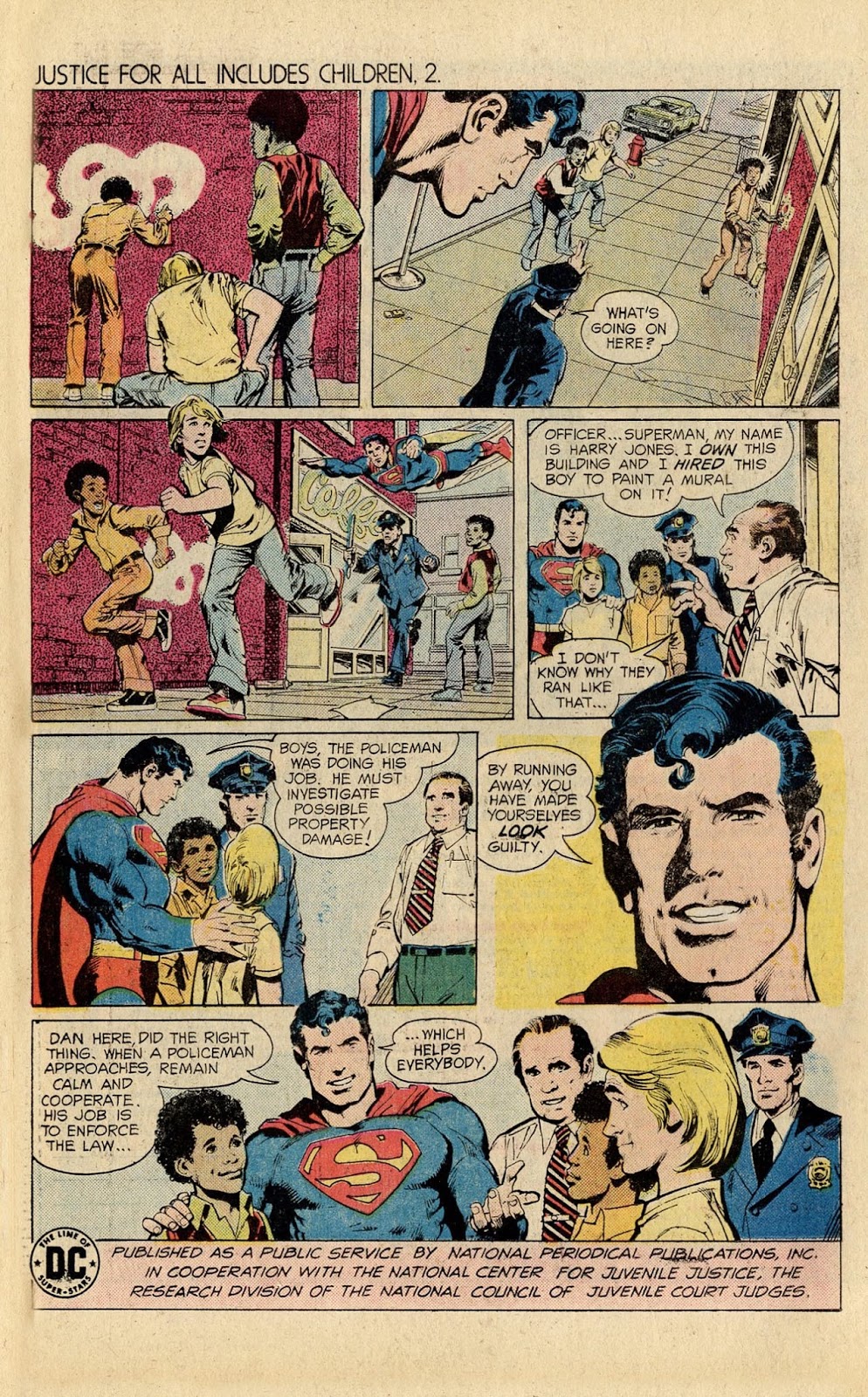 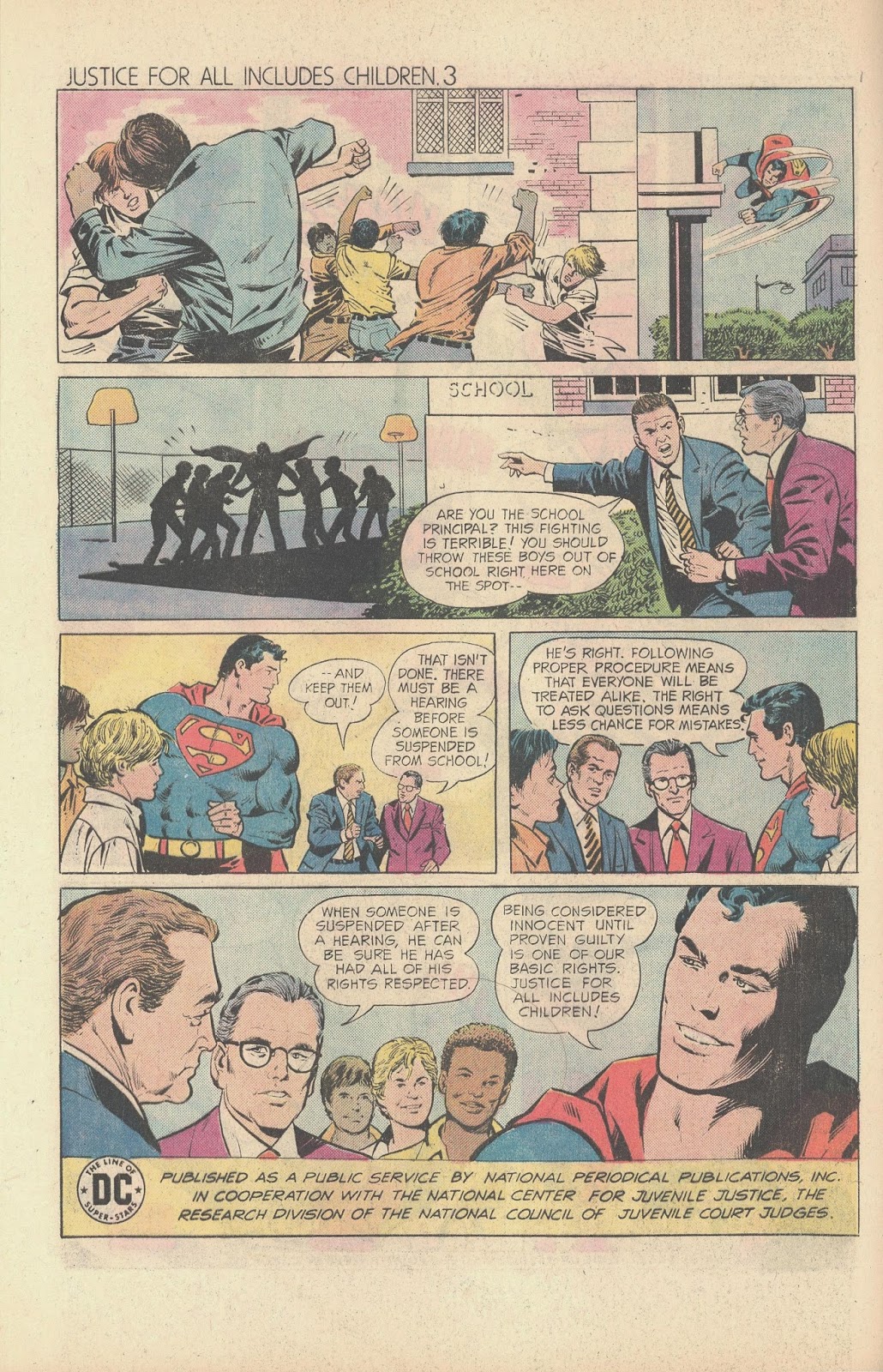 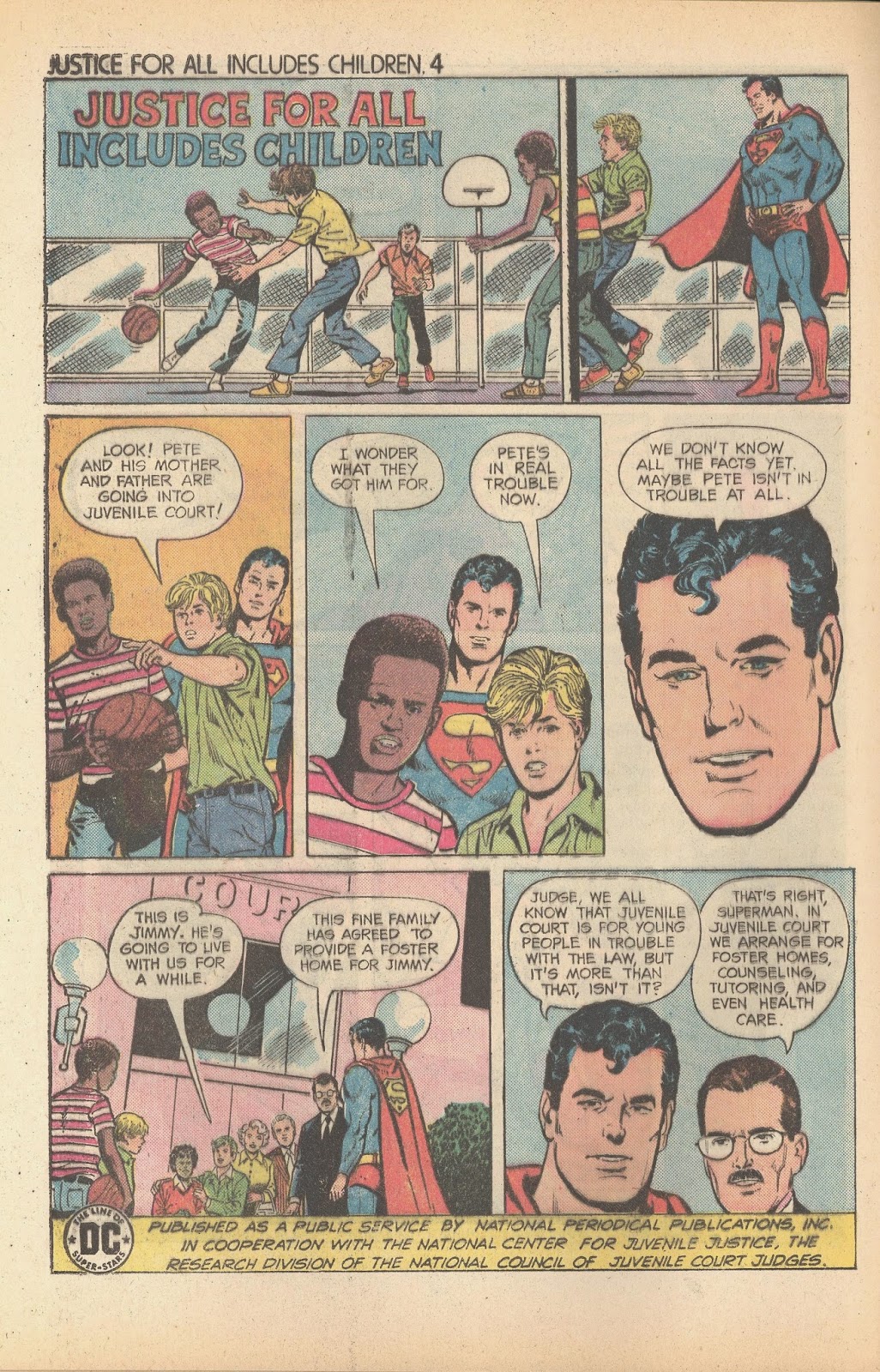 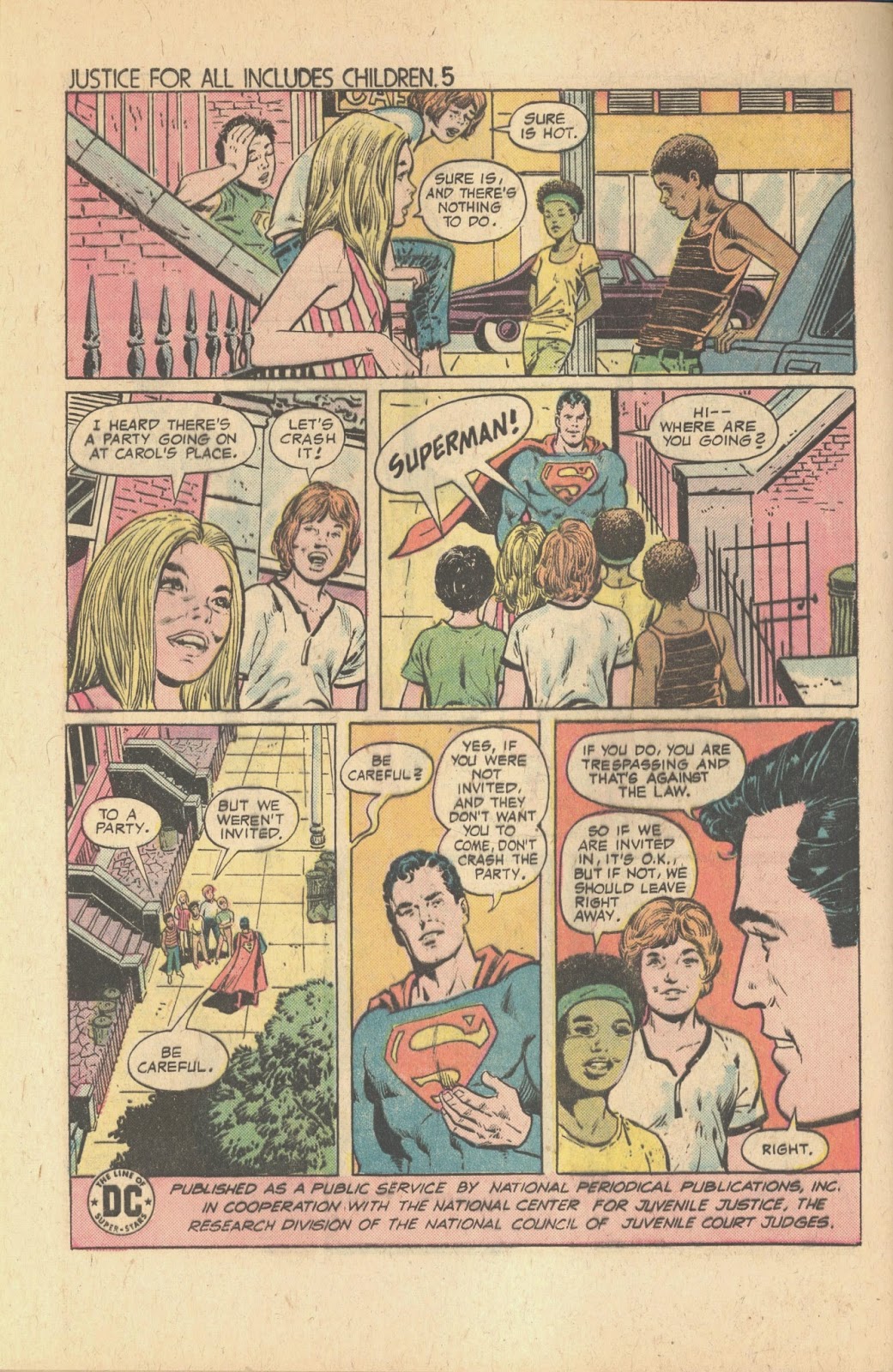 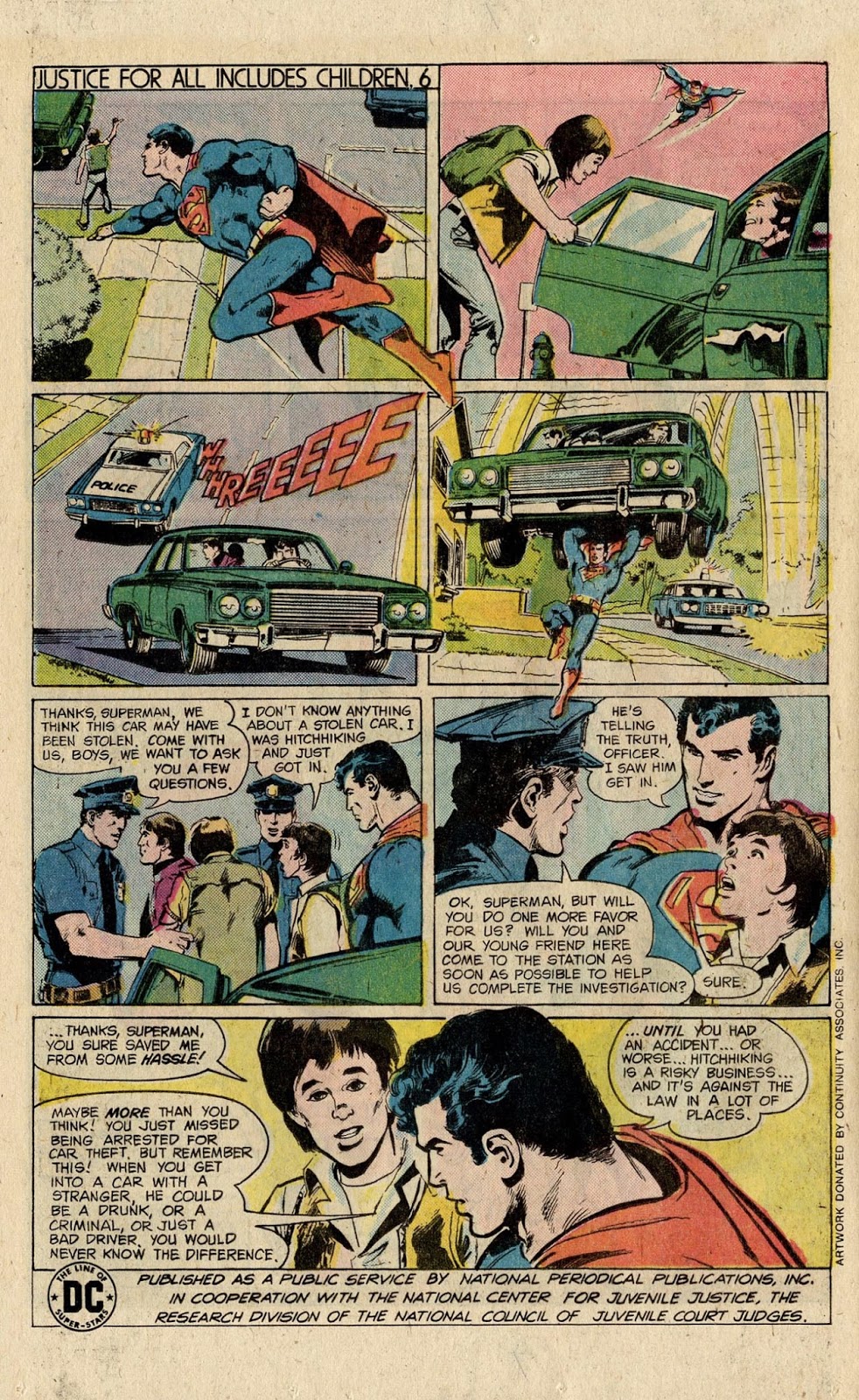 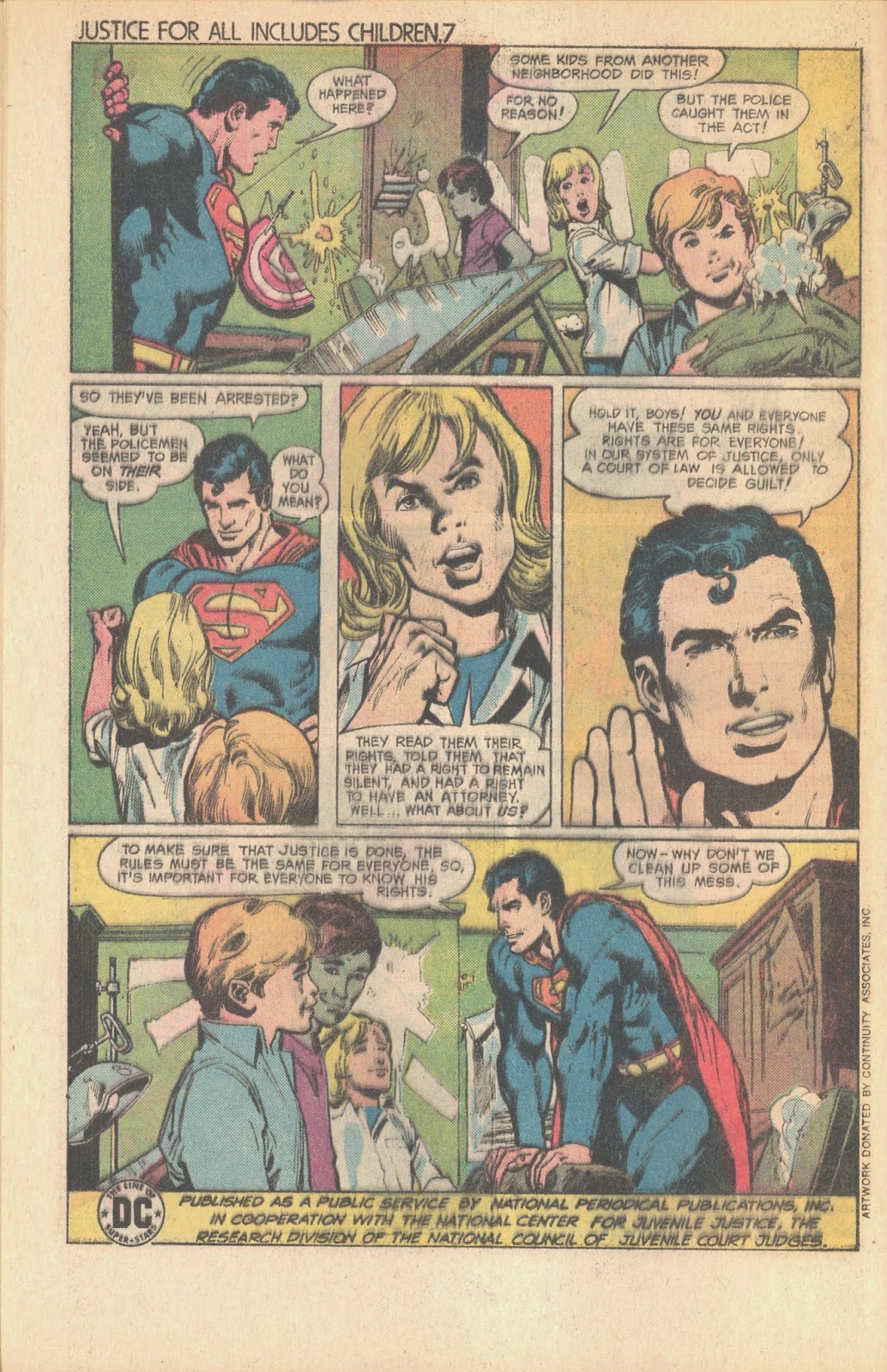 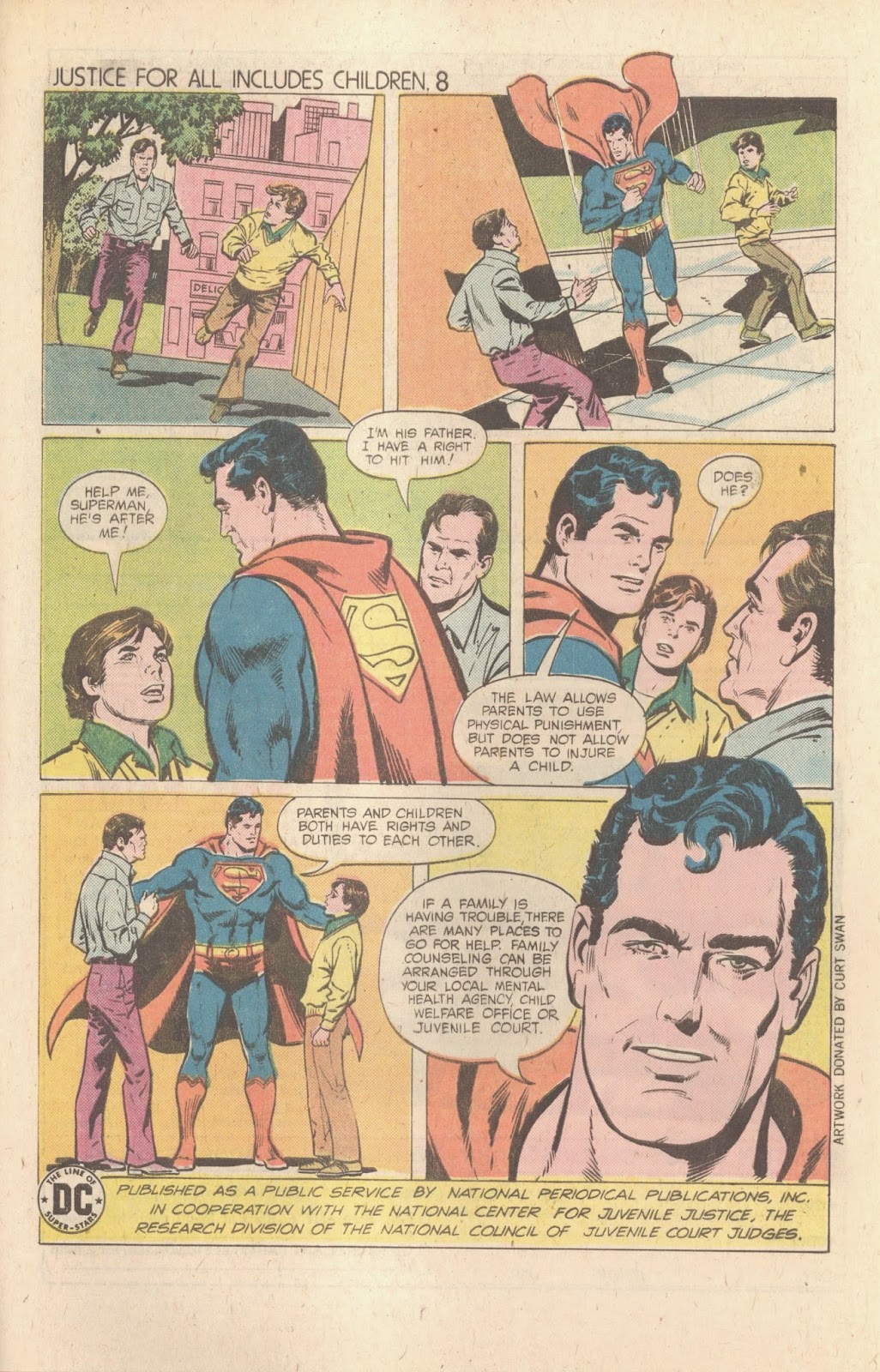 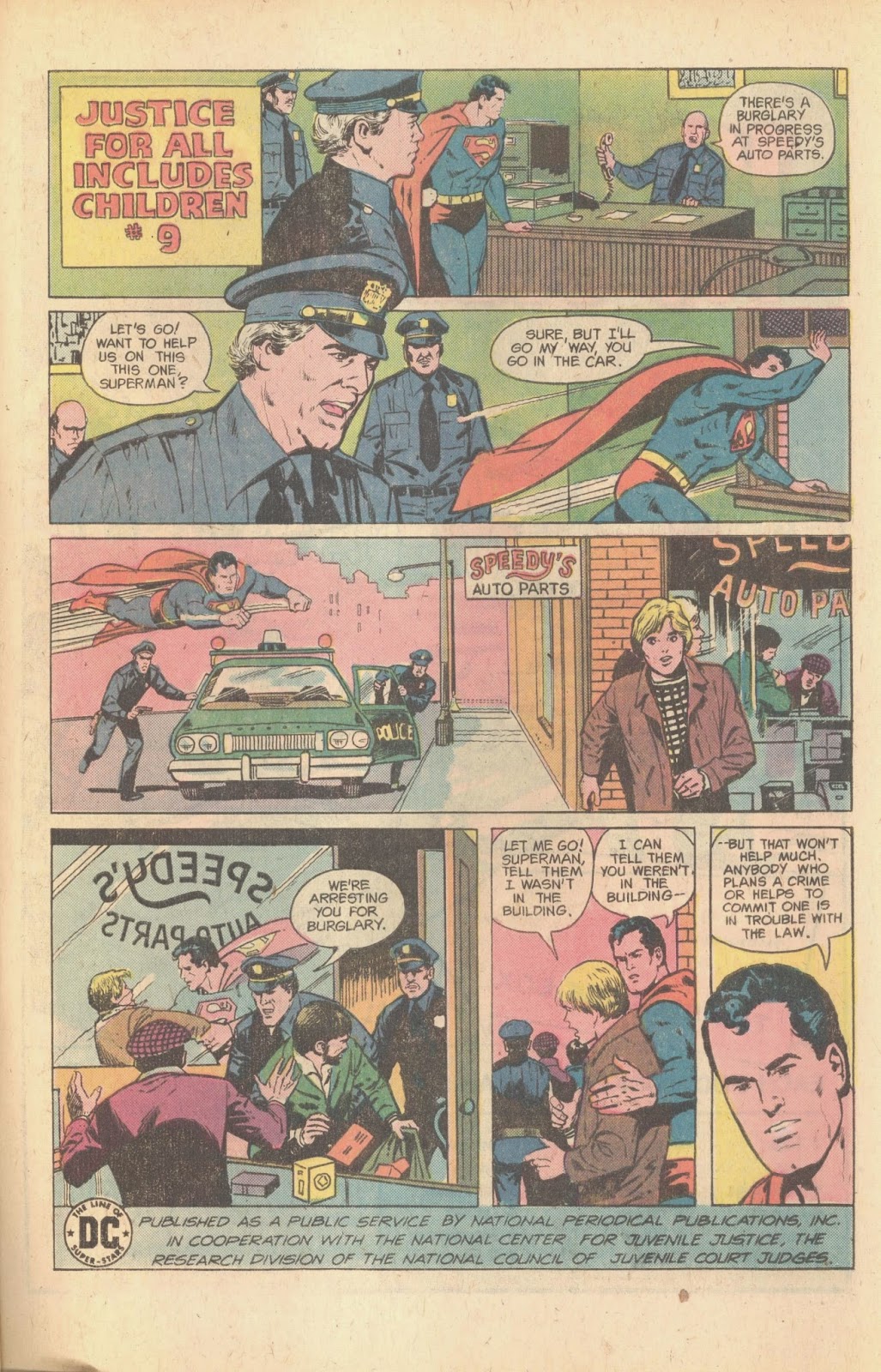 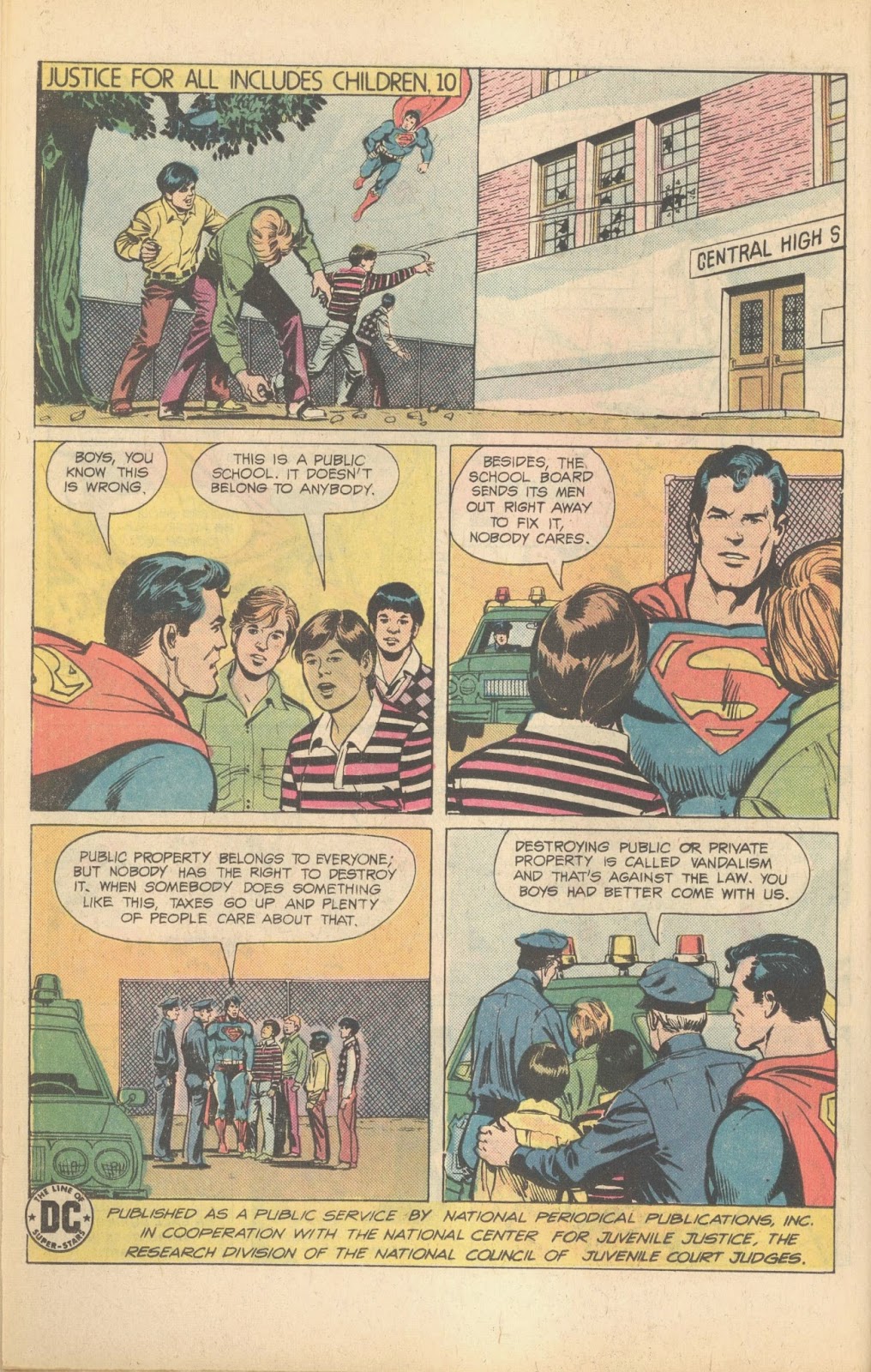