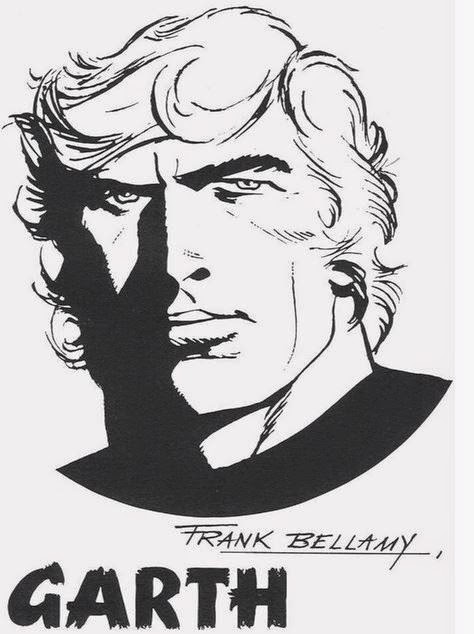 Just realized I've yet to post a whole adventure of Britain's greatest superhero Garth. Well, let's remedy that right now. From 1975, here's the legendary Frank Bellamy with The Doomsmen, a story I'm guessing was heavily inspired by that old Avengers TV episode The Cybernauts, if anyone remembers that.
As well as Superman & Conan, the big fella is also a little bit James Bond, what with his flat in London, house in the country, and swinging '70's sportscar. Why then is he here attending a dusty lecture hall with old friend Prof. Lumiere, when he'd obviously much rather be at a Soho nightclub? Well, that's just the kind of pal Garth is.
I mean, it's not like anything untoward is going to happen, is it? 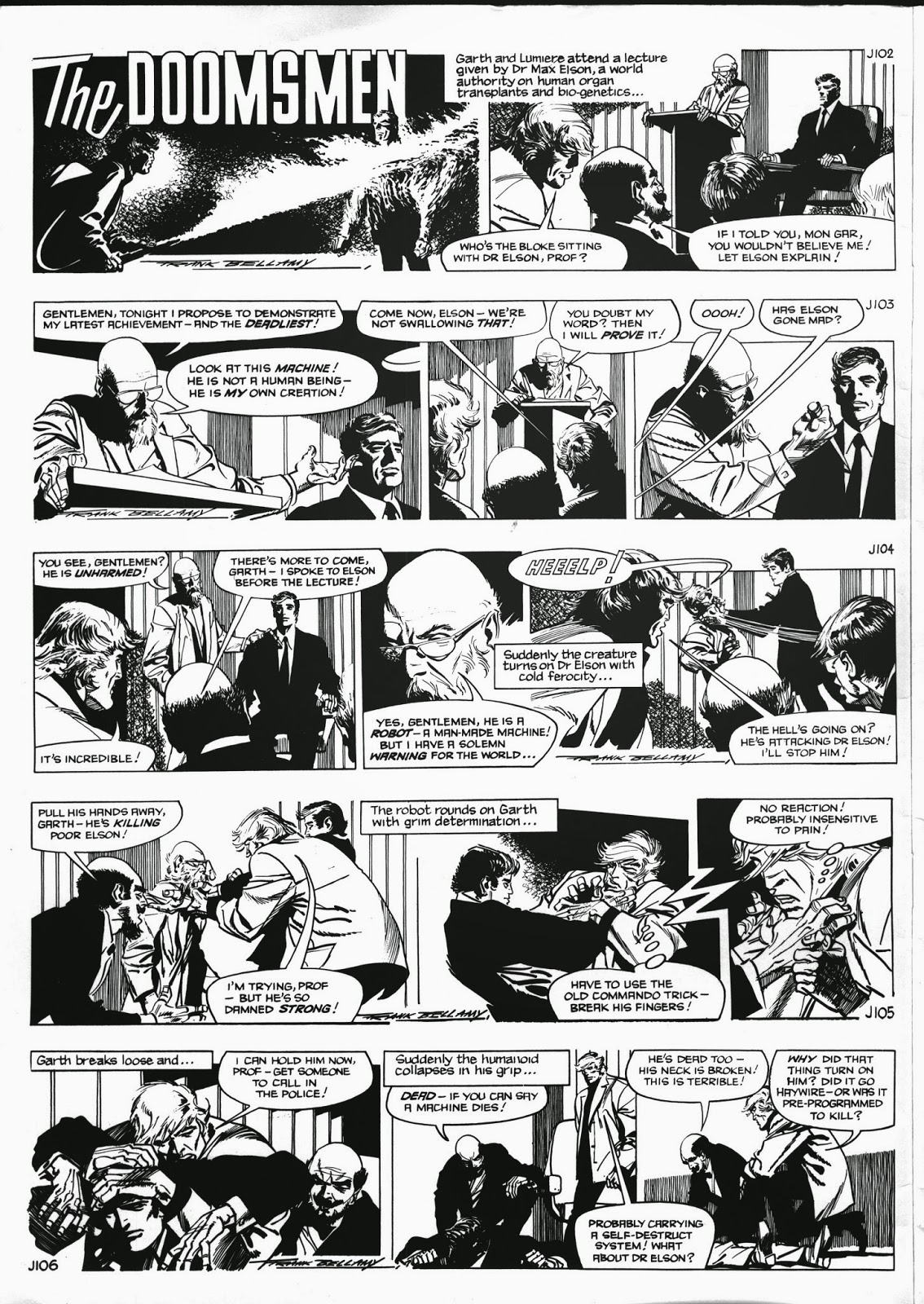 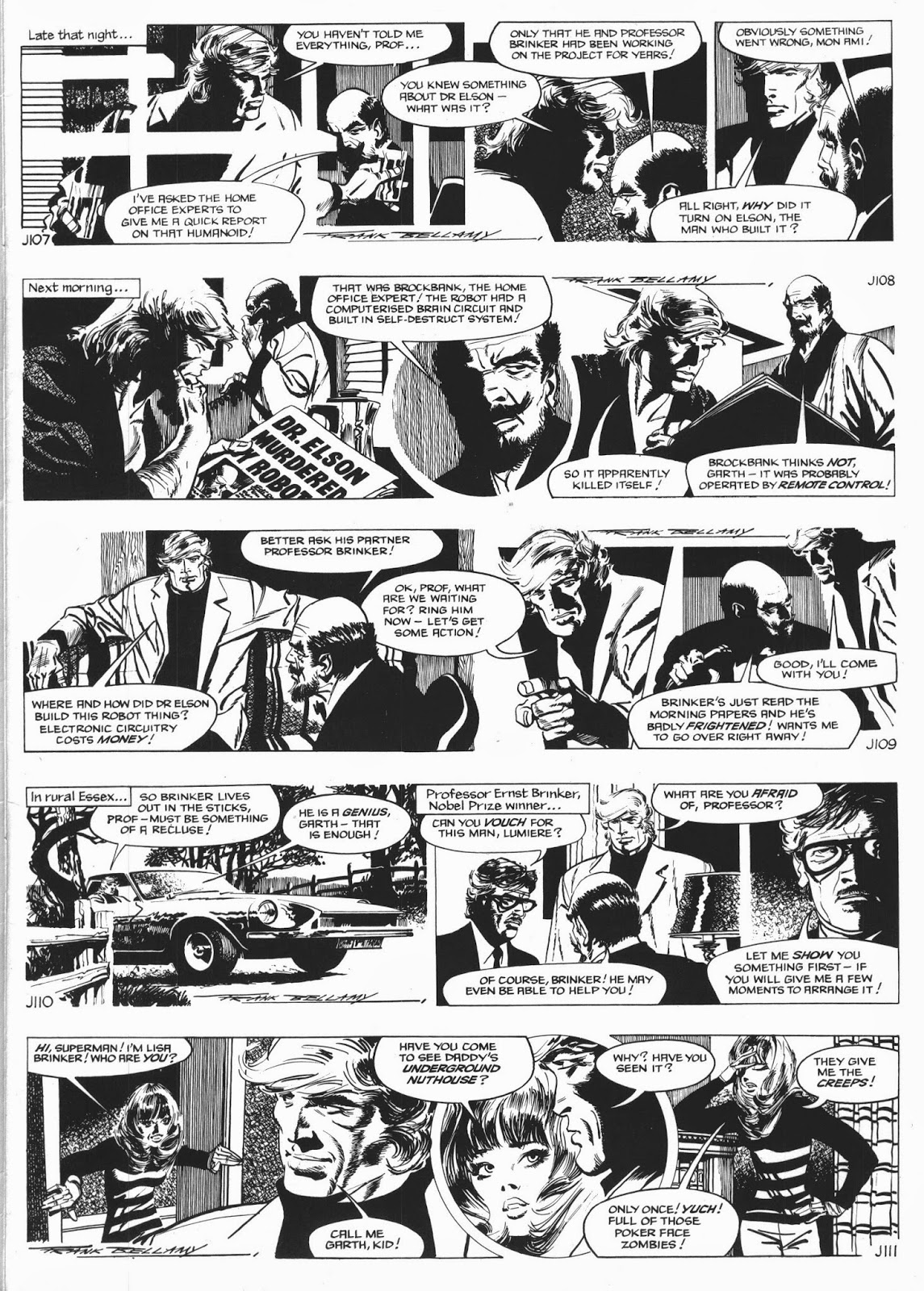 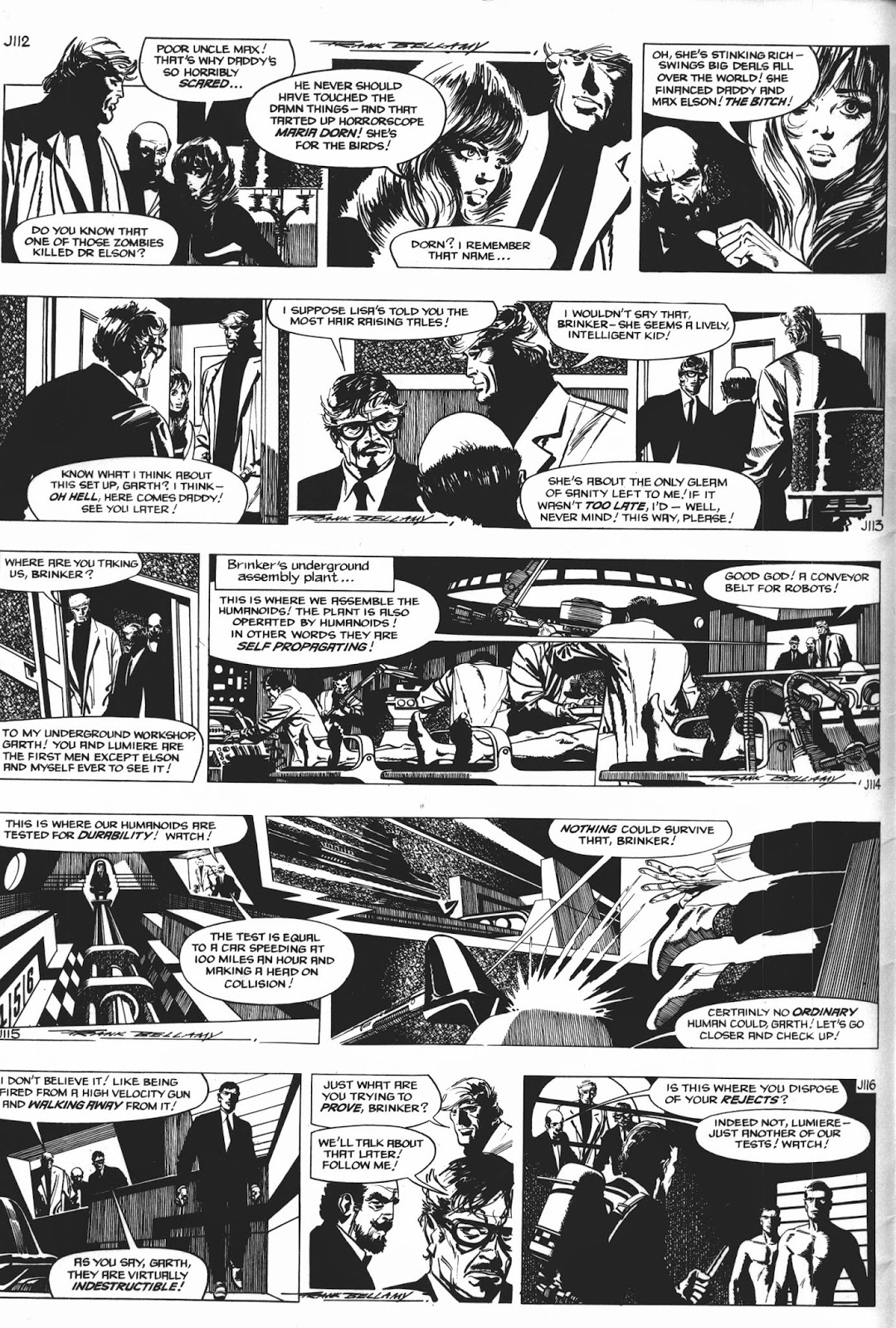 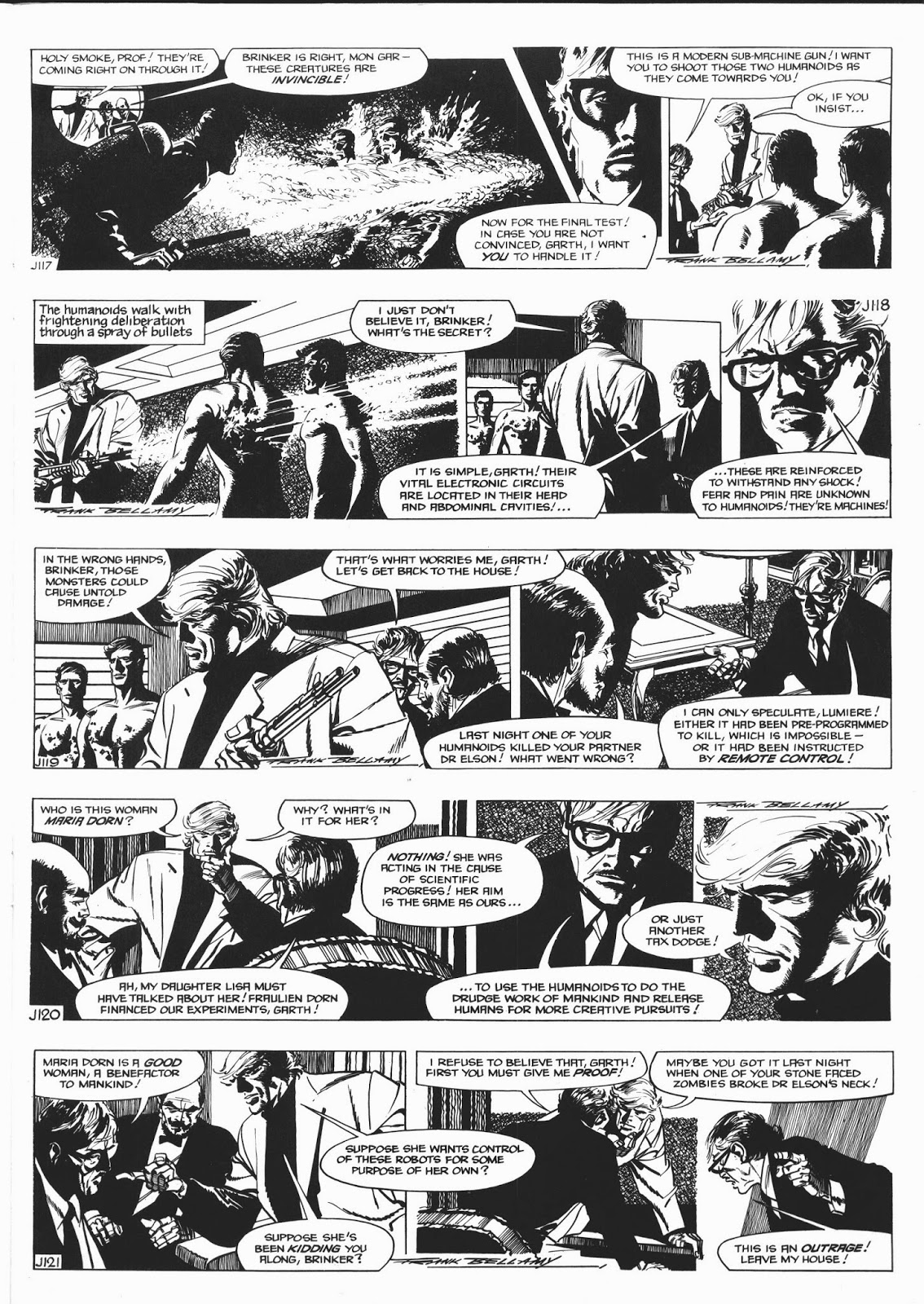 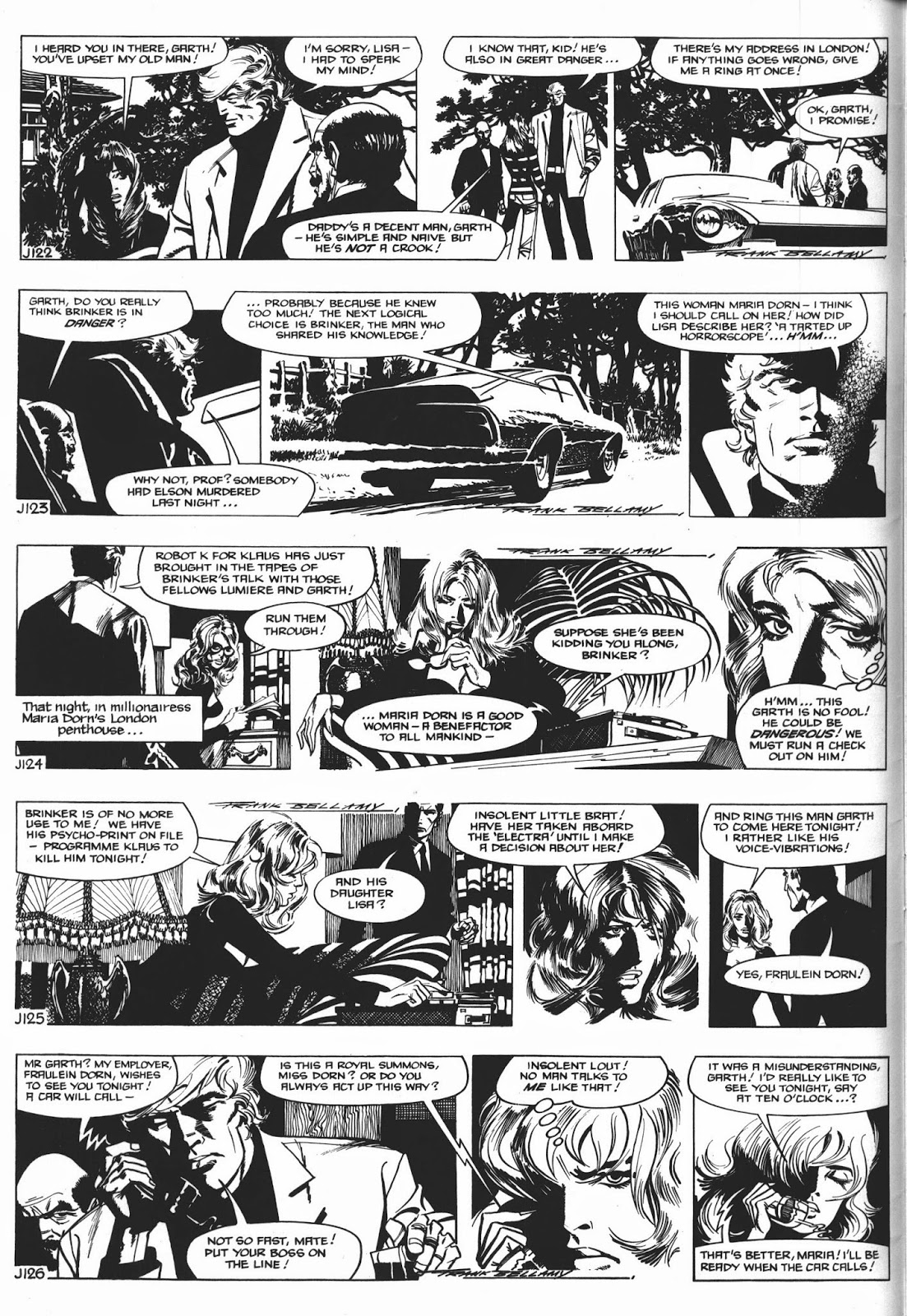 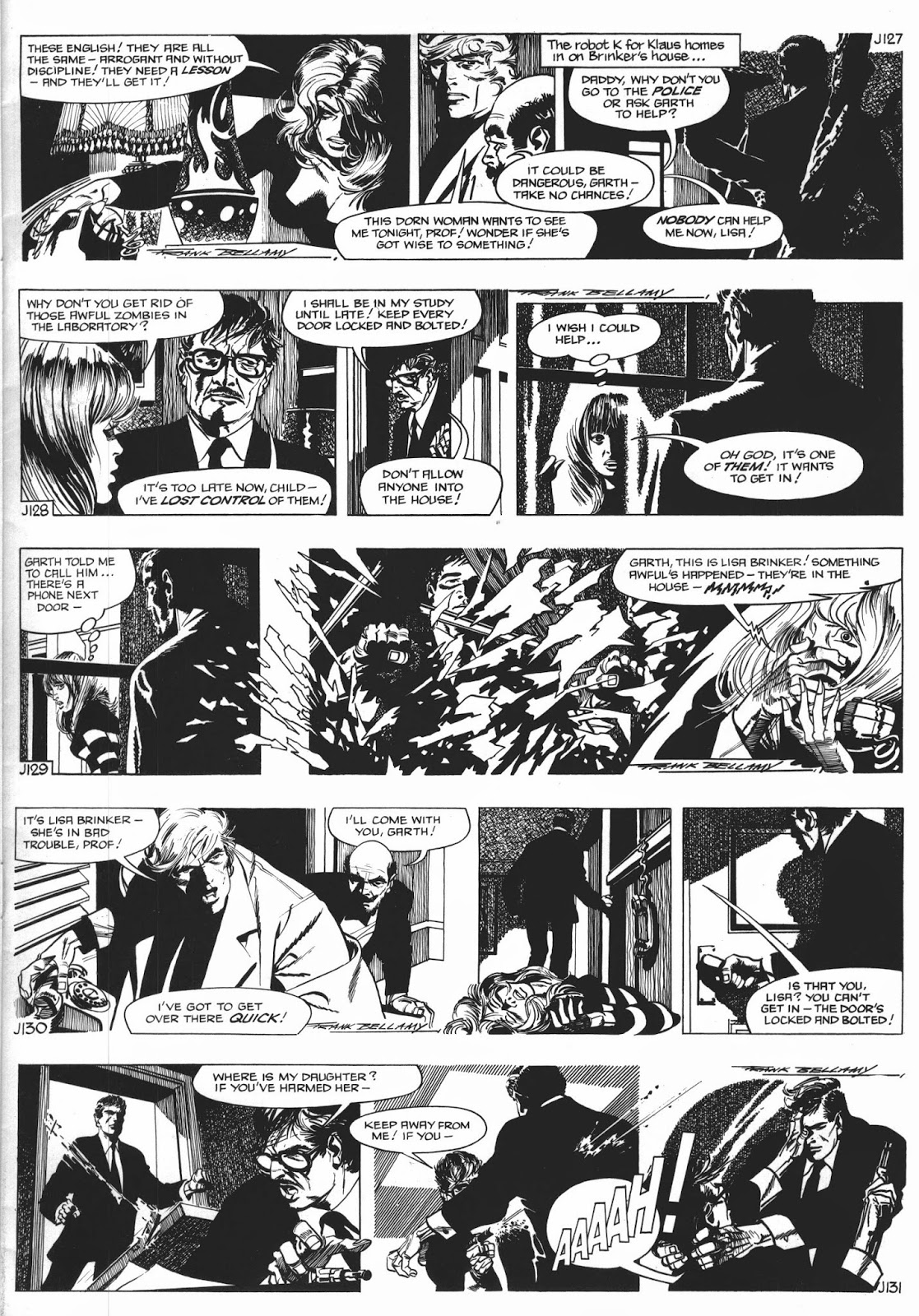 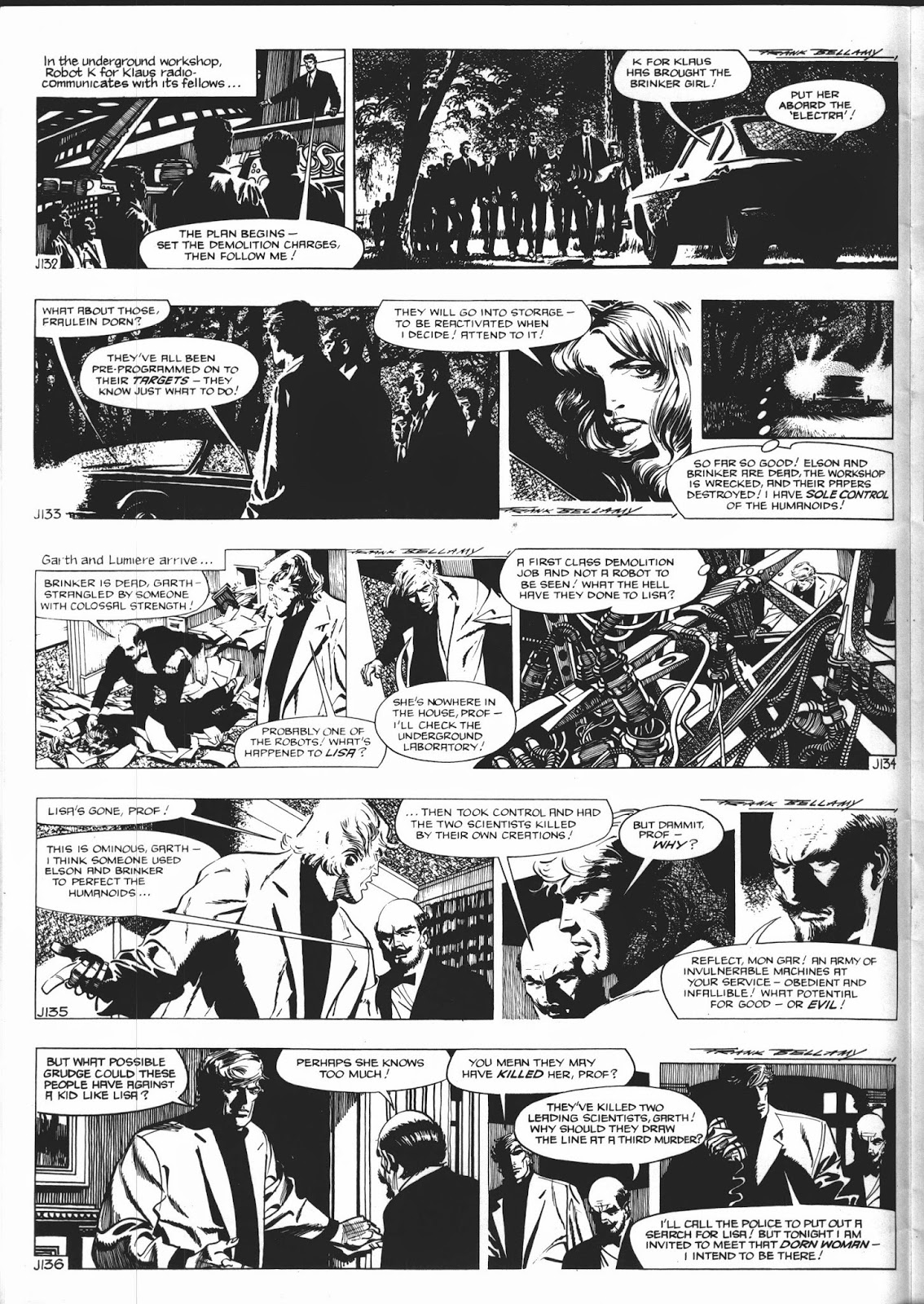 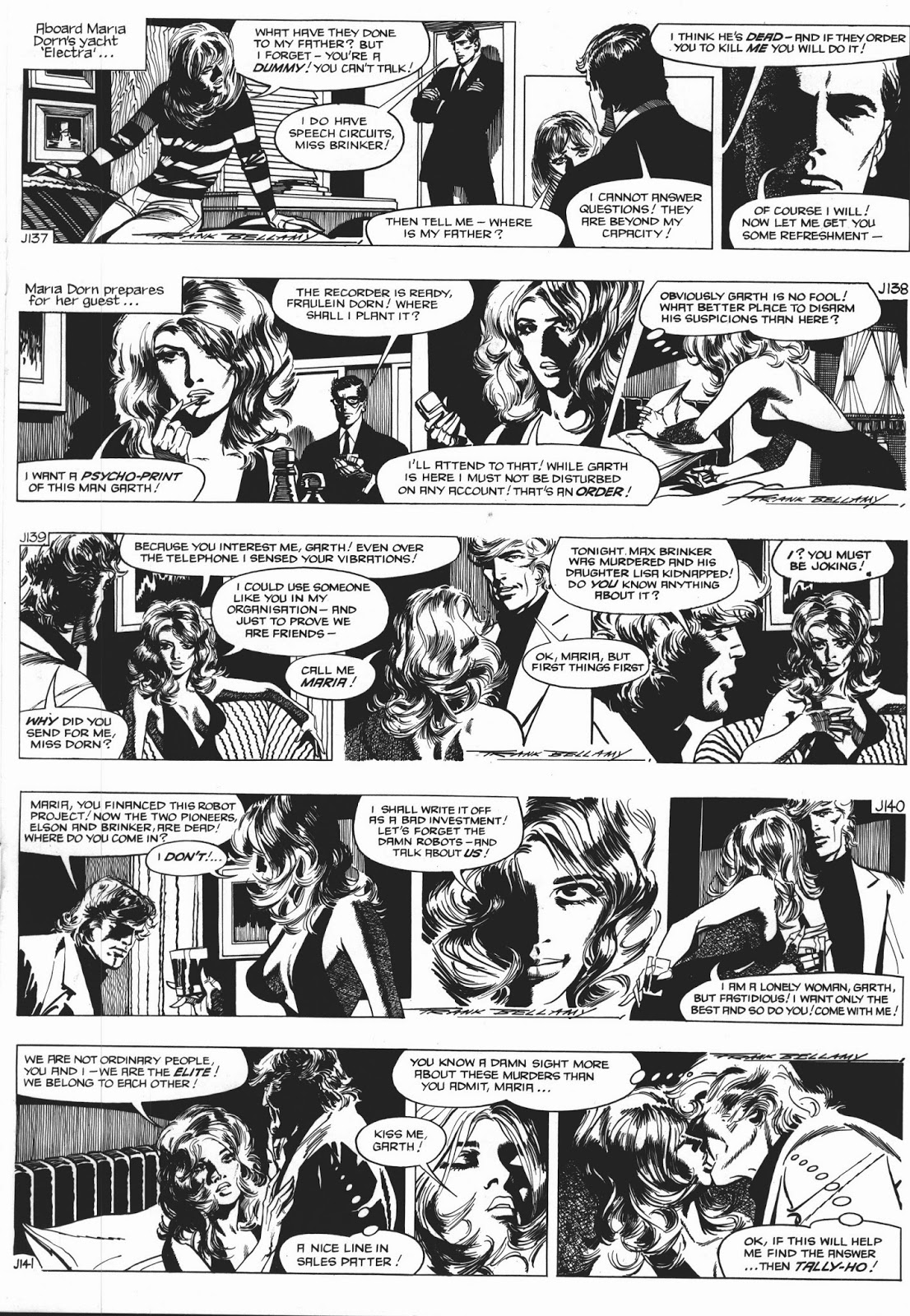 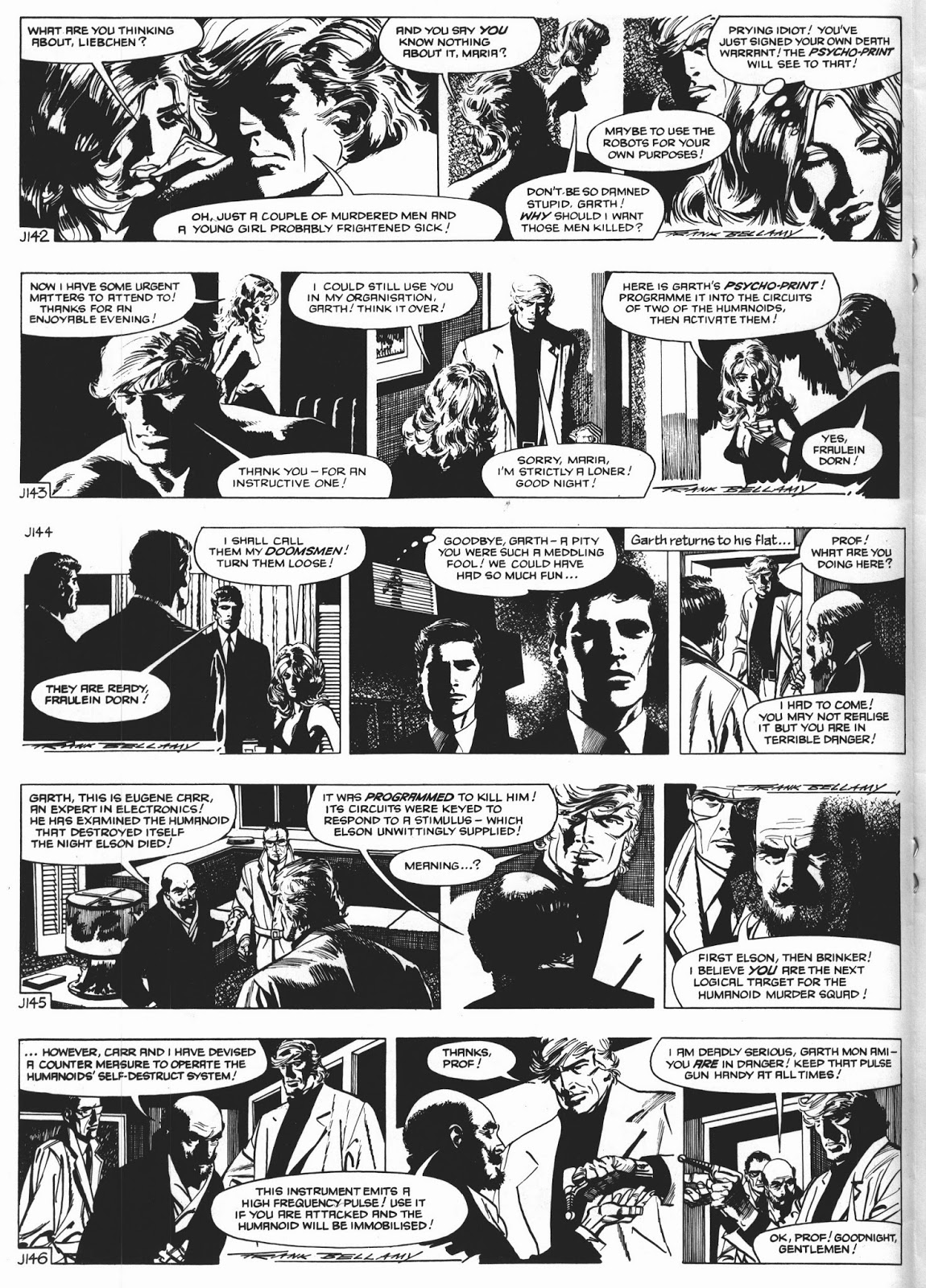 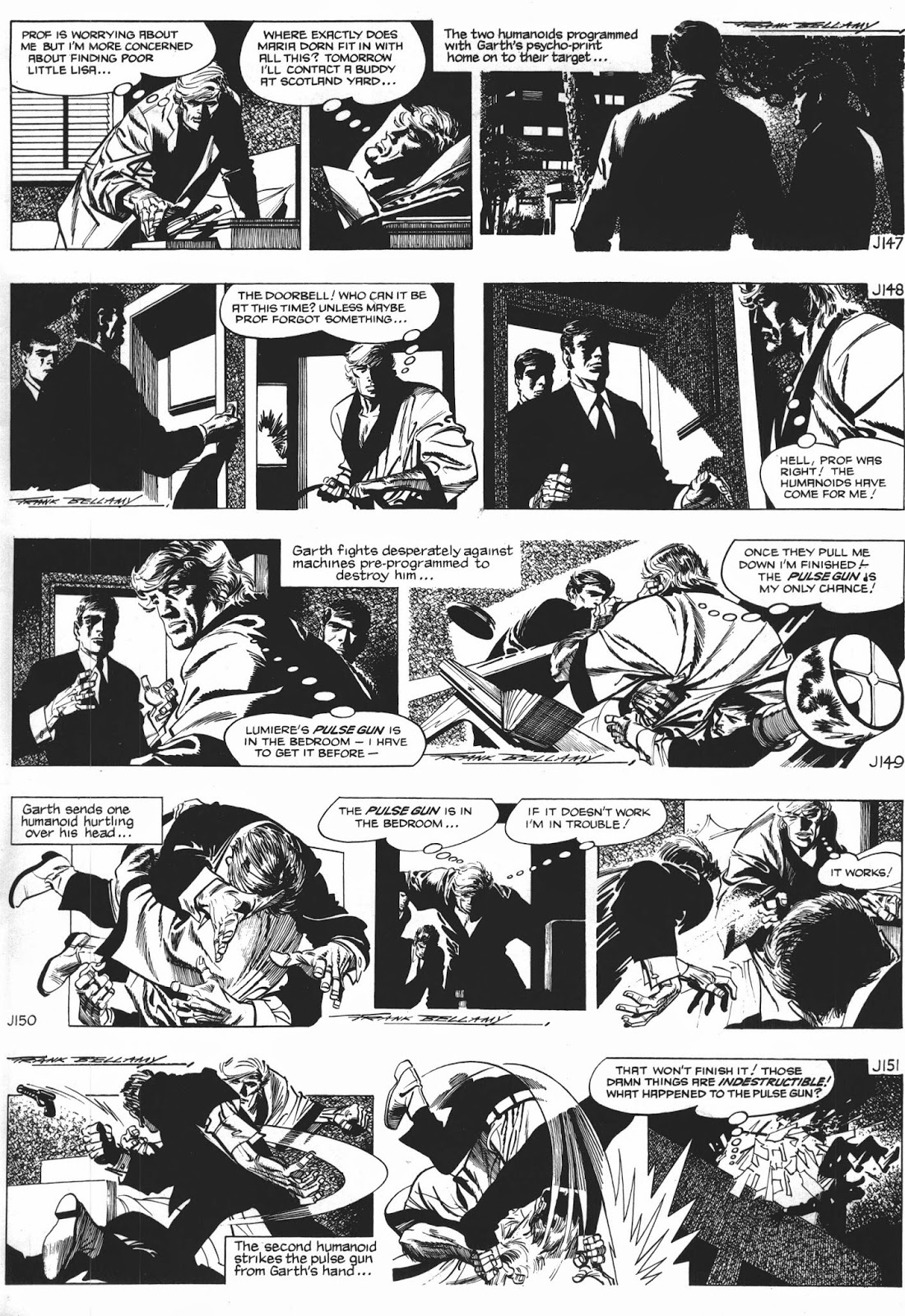 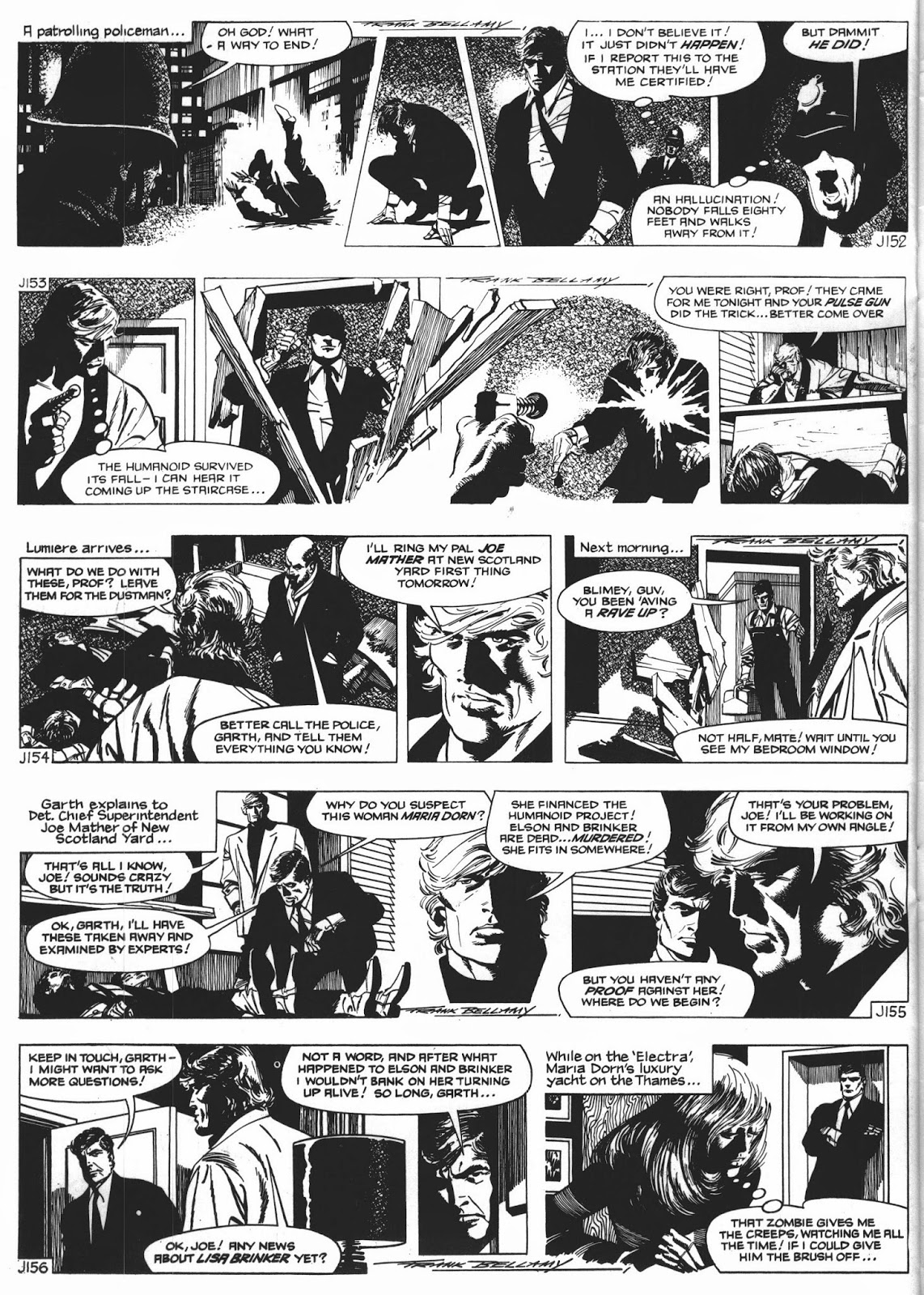 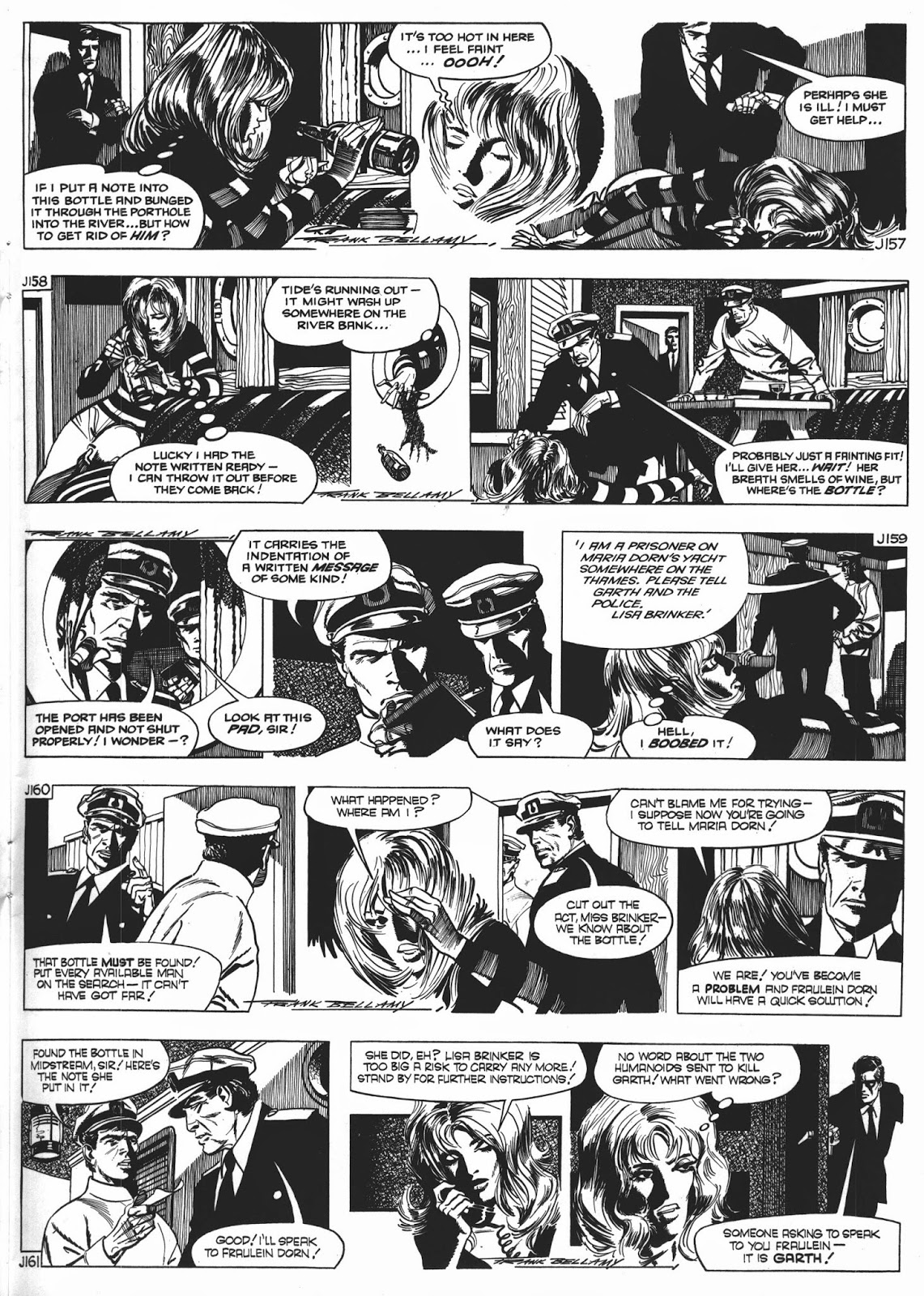 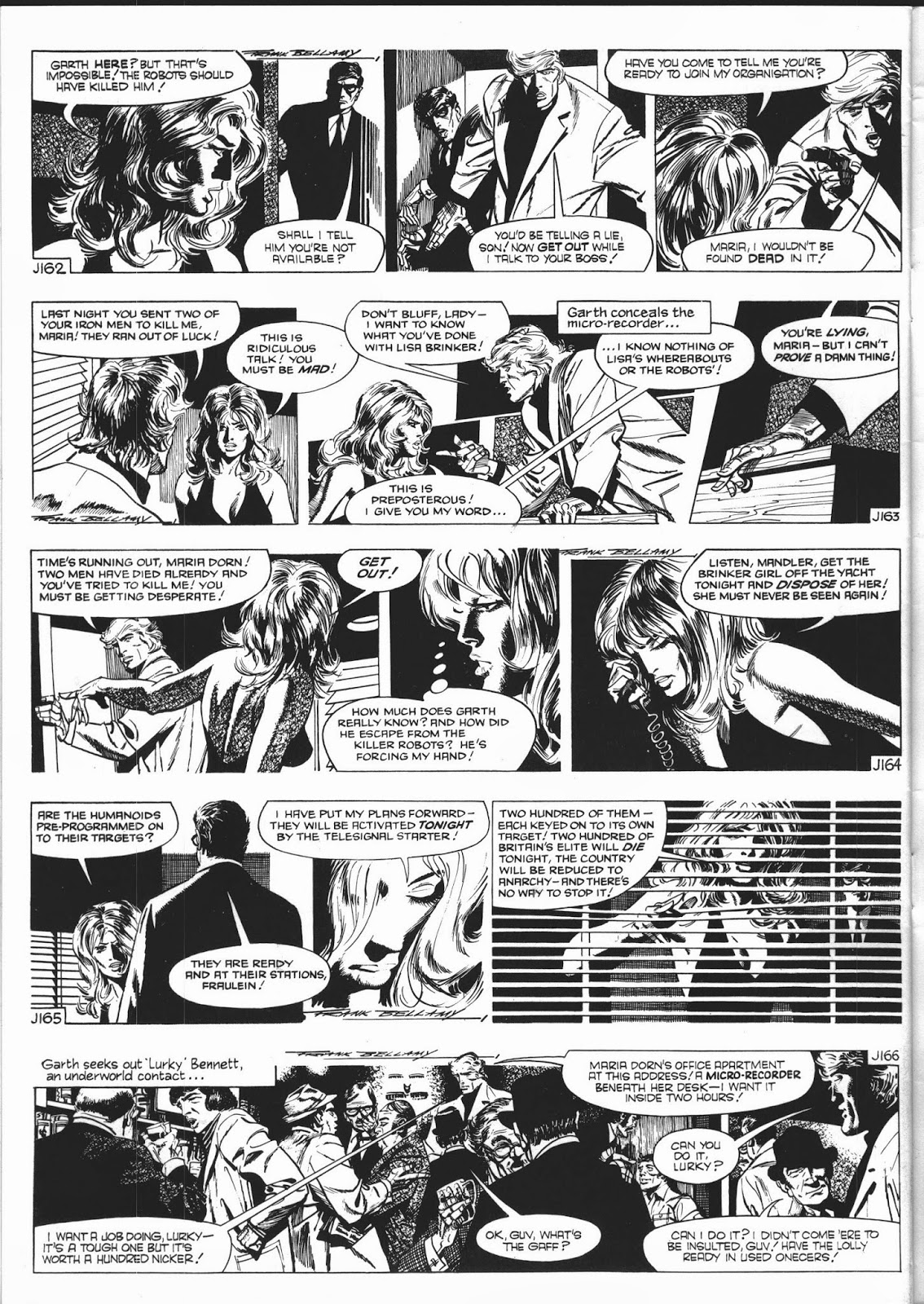 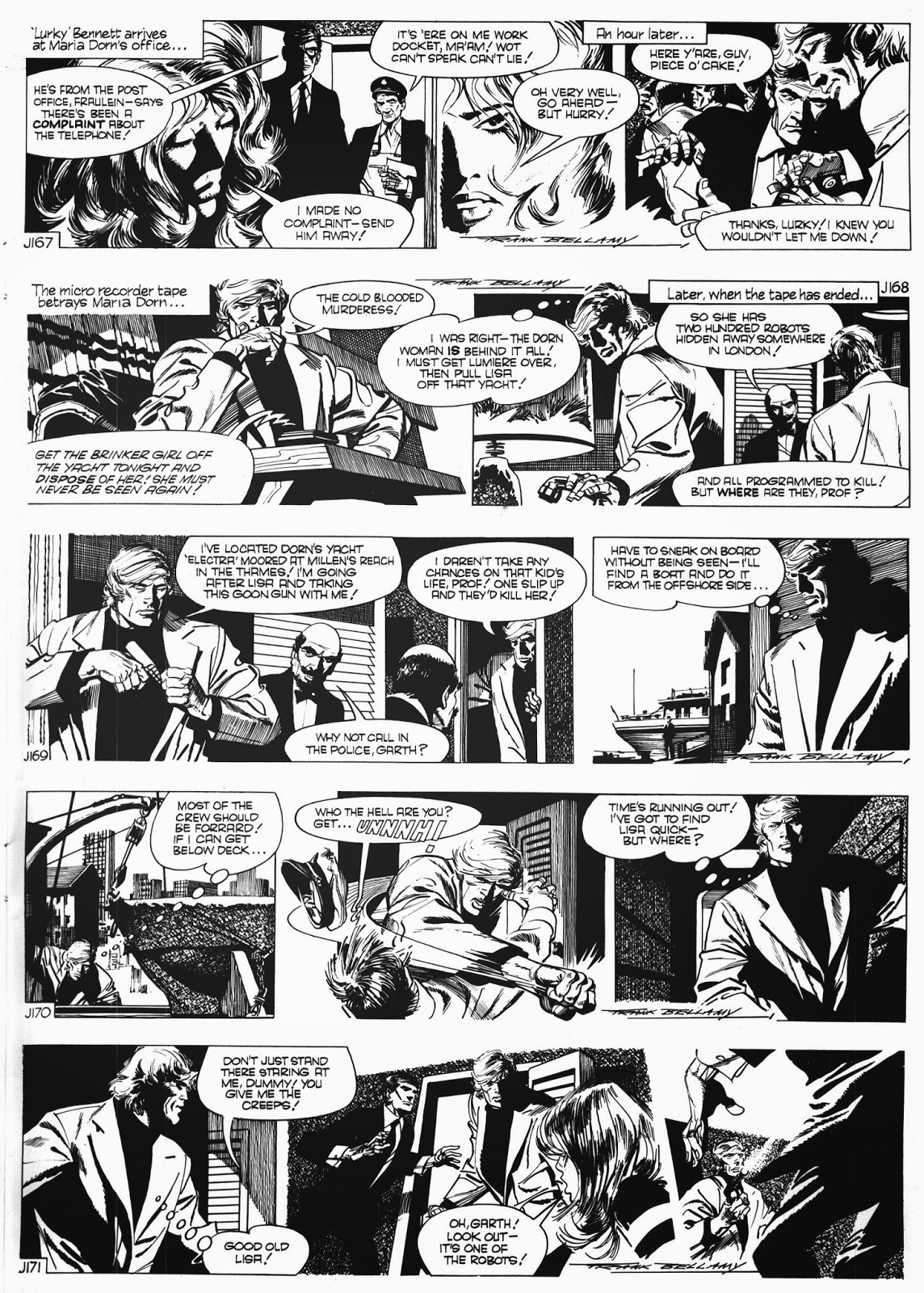 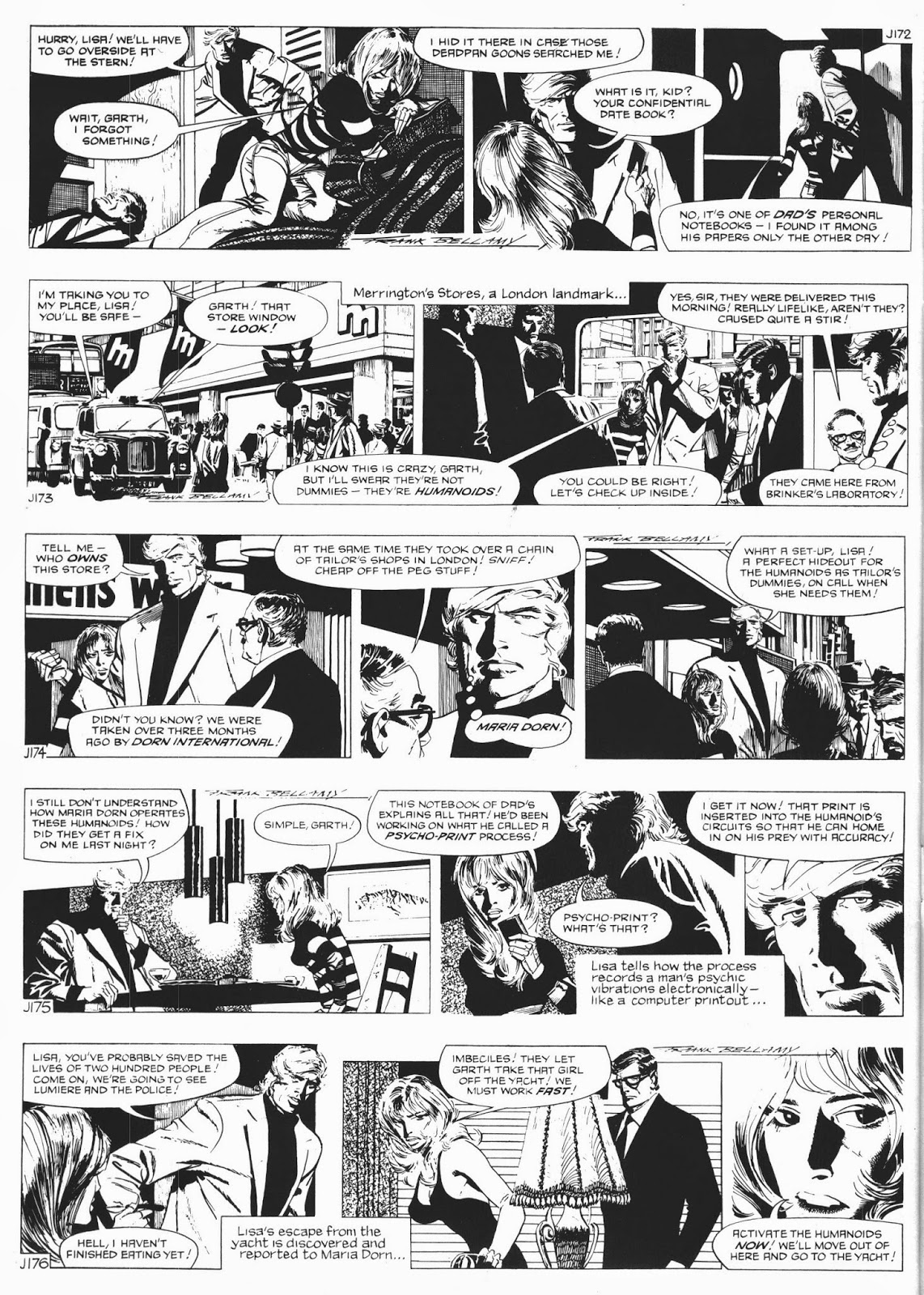 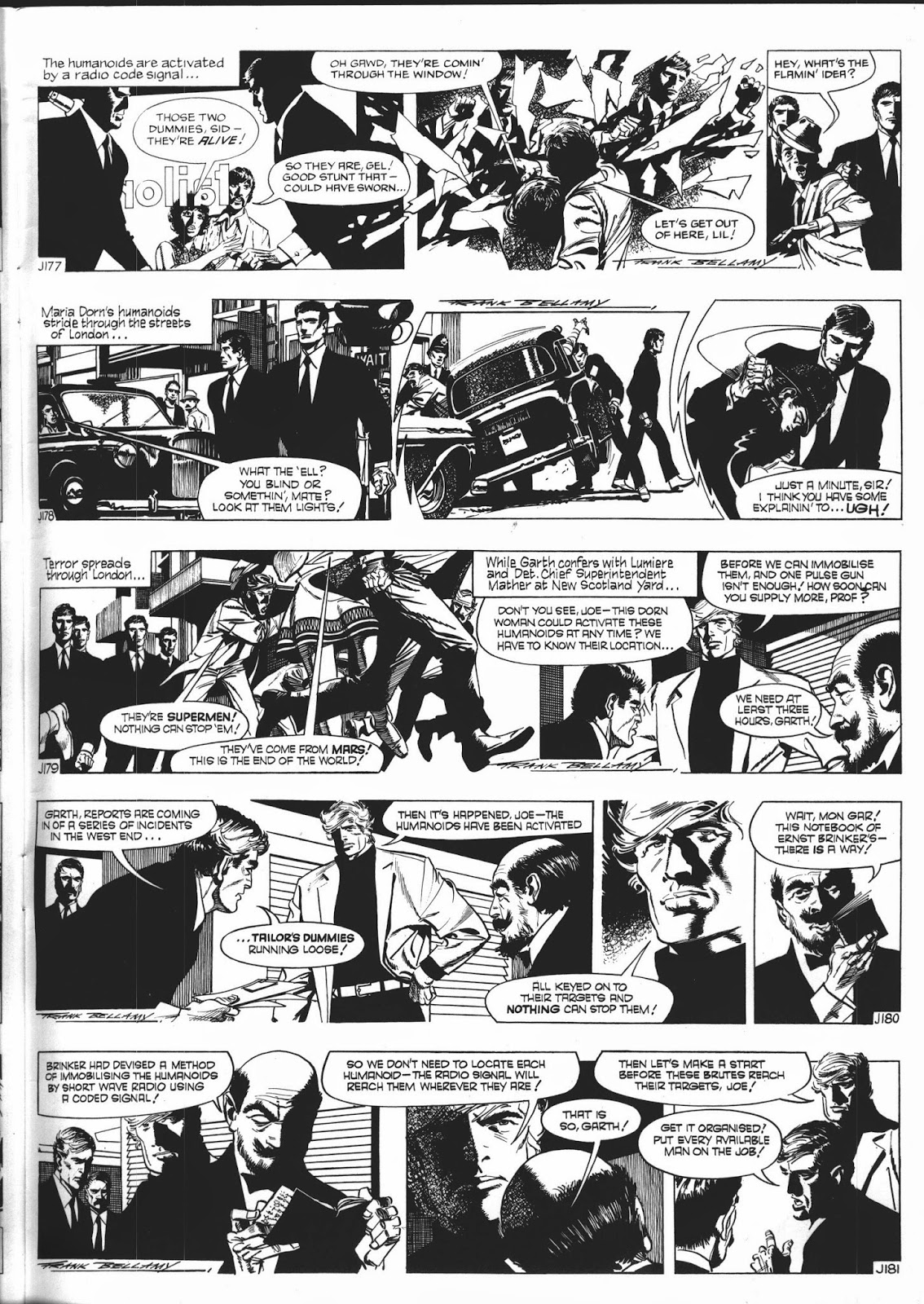 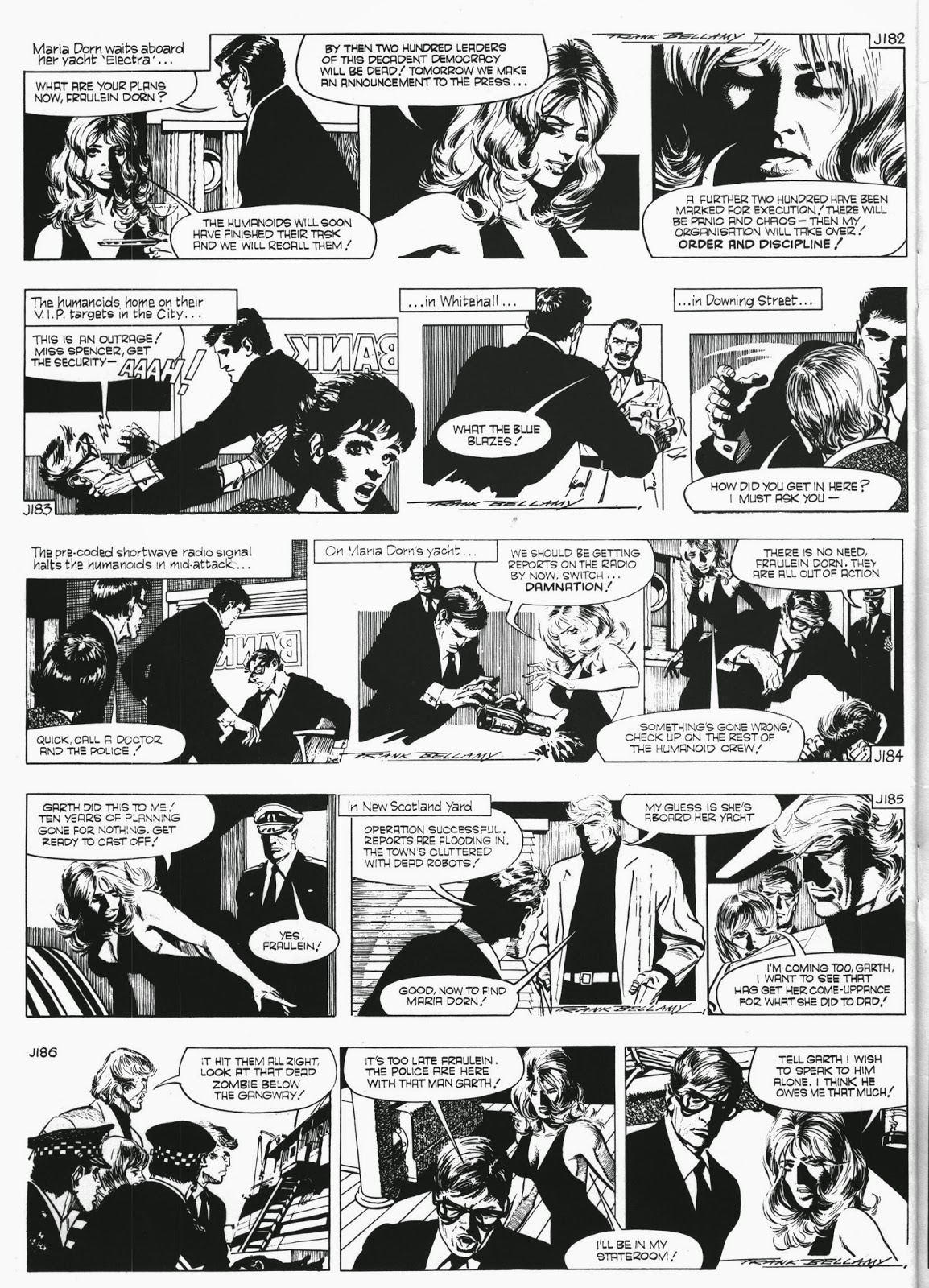 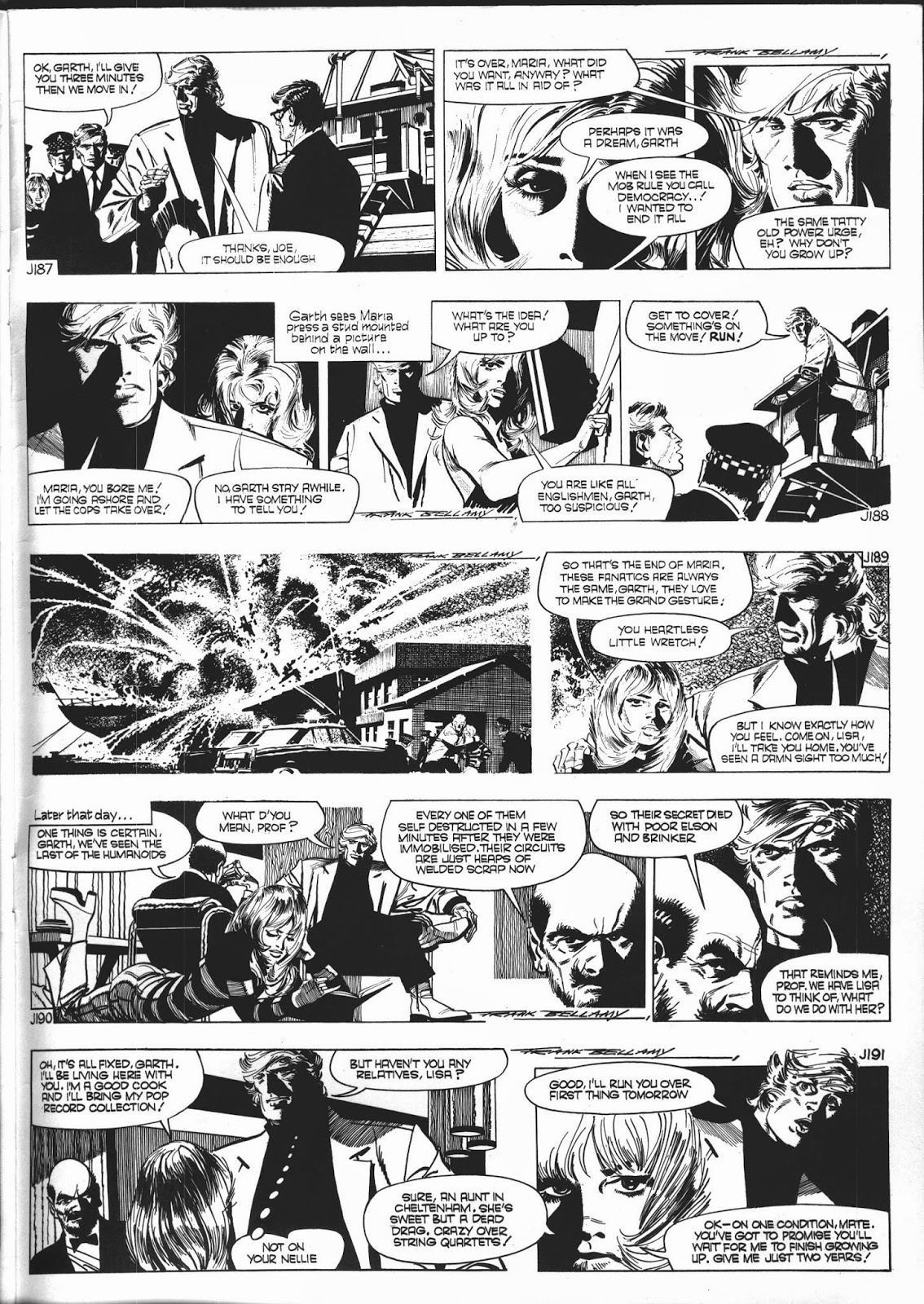