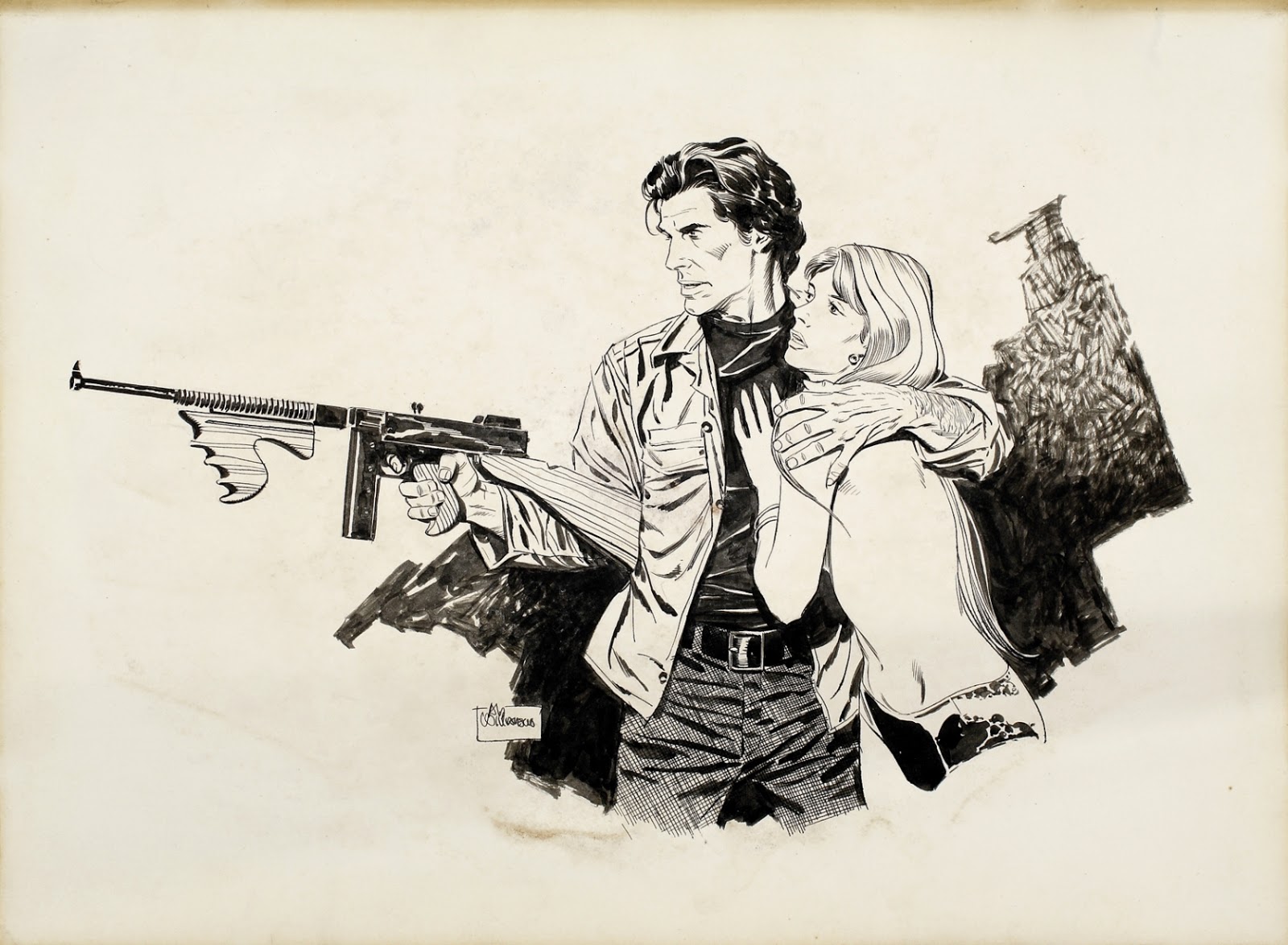 Secret Agent Corrigan is a newspaper strip with a long pedigree; originally titled Secret Agent X-9, it was created in 1934 by no less a team than Dashiell Hammett & Alex Raymond.
In this form, the strip was never much of a success, but later got a title change, and in the late '60's got exactly the right creative team in Archie Goodwin & Al Williamson.
Secret Agent Corrigan is one of THE great newspaper adventure strips, right up there with Modesty Blaise, and FBI man Phil Corrigan one of the great adventure heroes. Under the expert hands of Archie & Al, he's a fully rounded character with a back story, colleagues, friends and a wife, is tough, cool and resourceful, and is as much a thinker as a fighter.
It's a strip that oozes class from top to bottom, and I don't really need to sell it to any of you. So here's Corrigan getting involved with that favoured macguffin of pulp writers everywhere, the missing vial of deadly virus, and taking on a bunch of Hell's Angel's in the process. 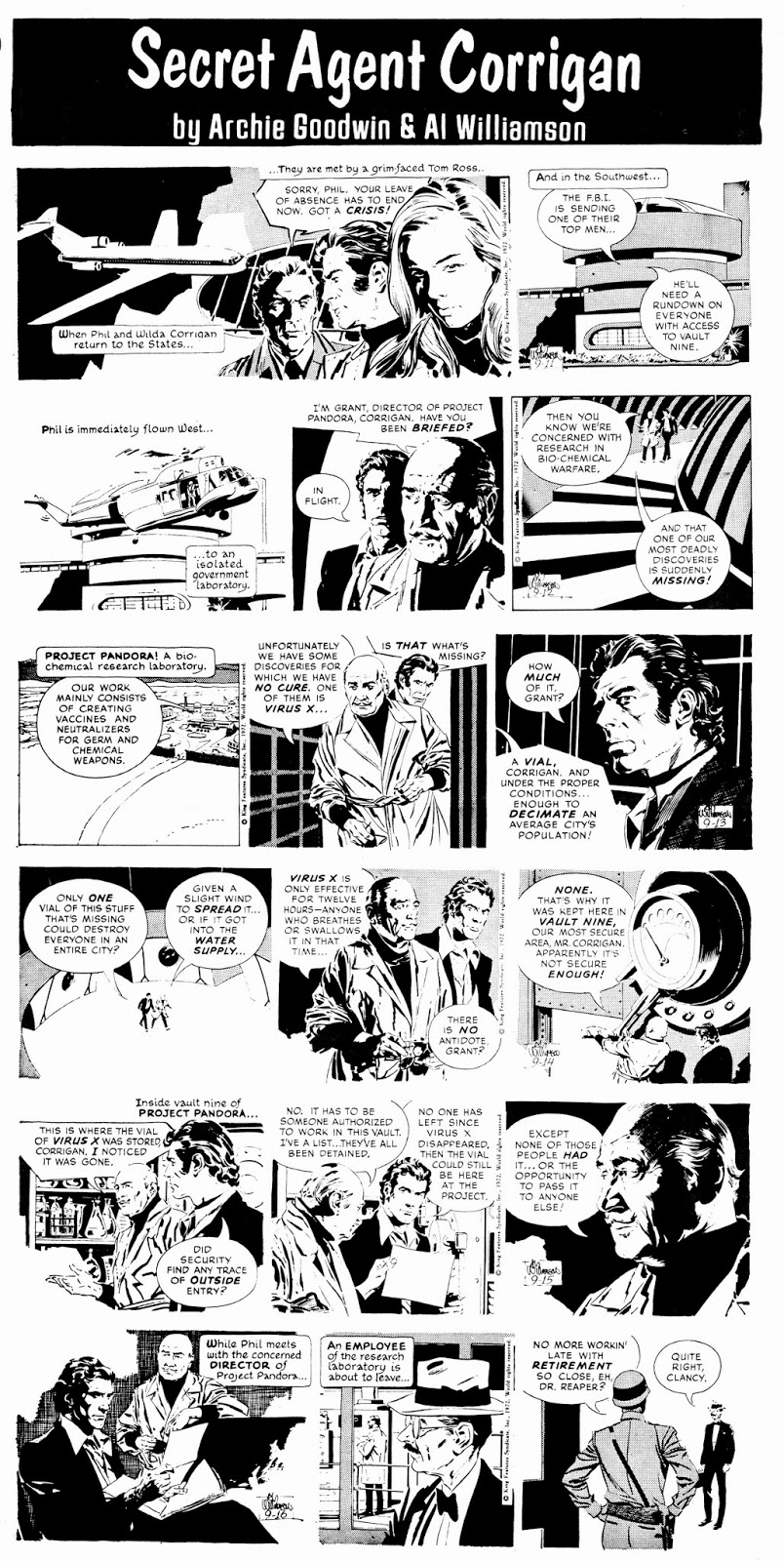 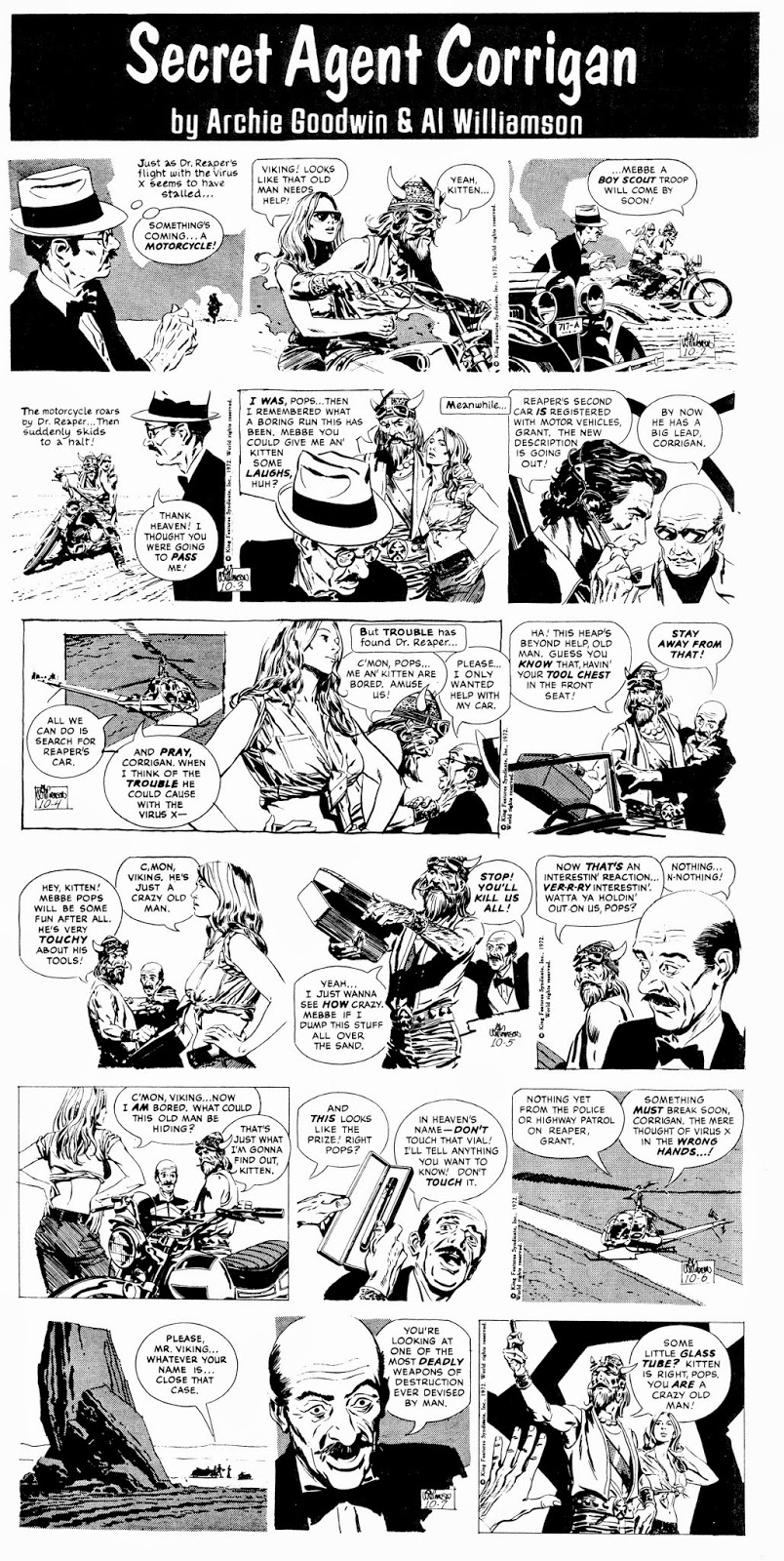 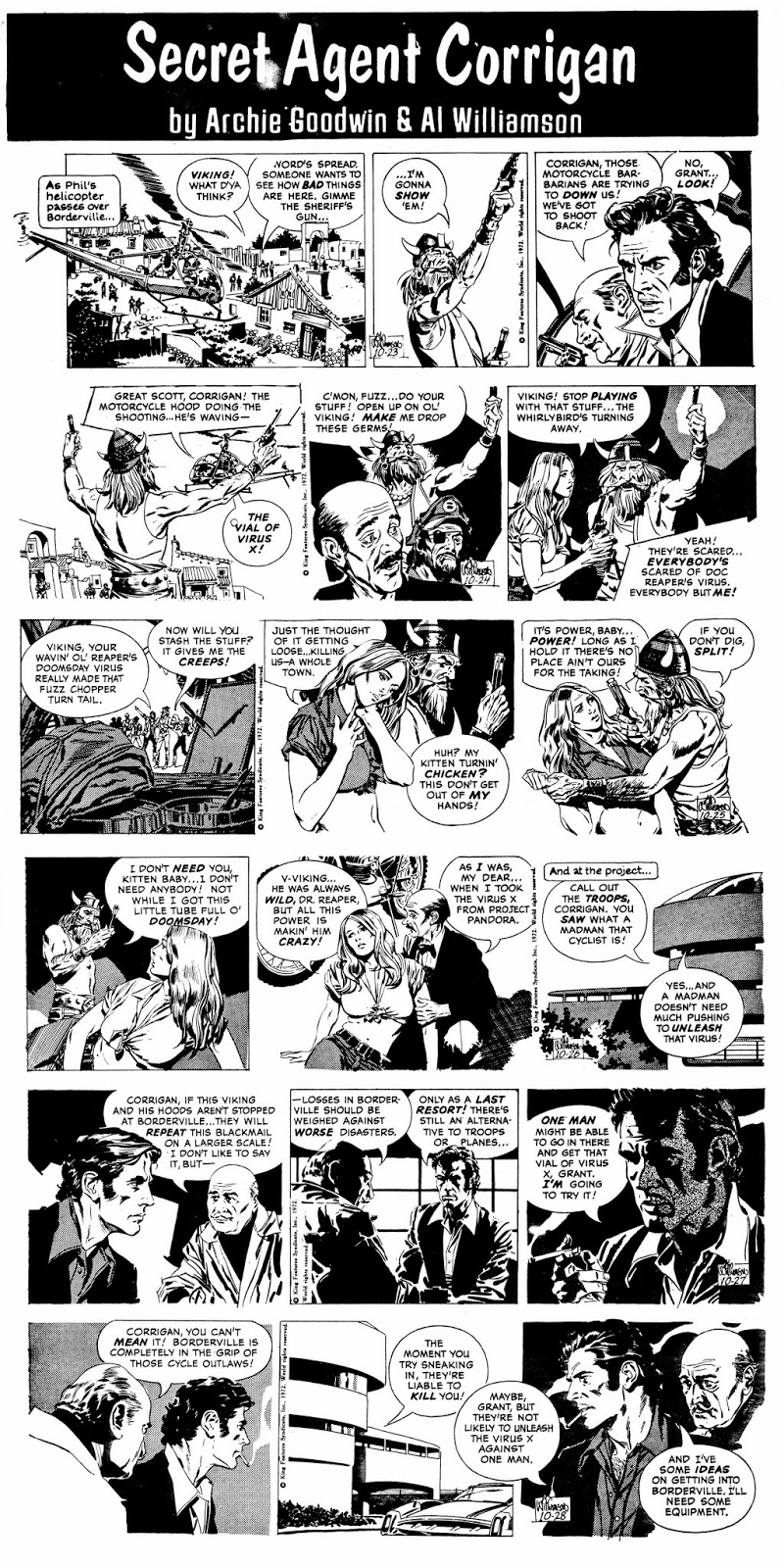