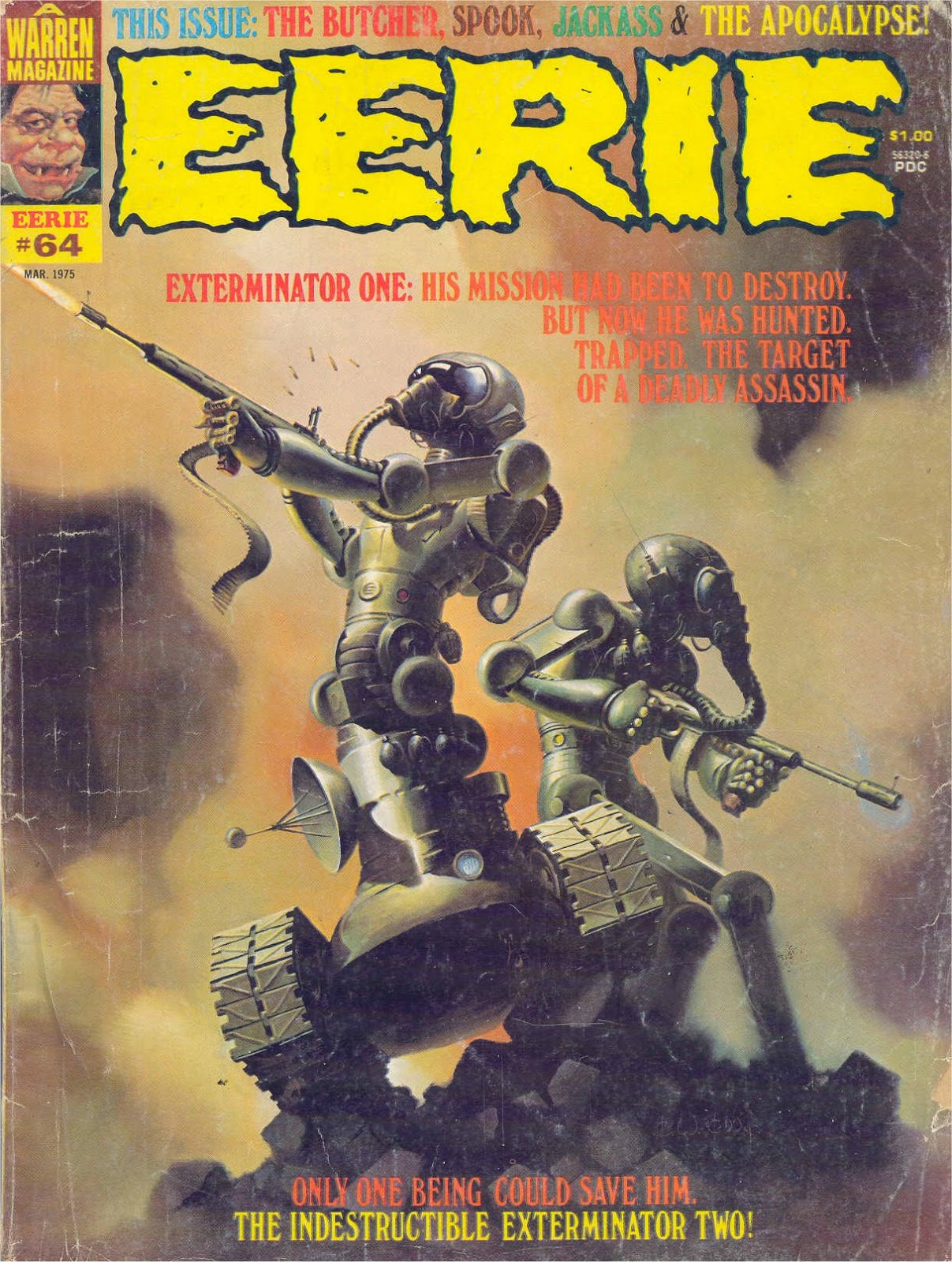 While Uncle Creepy was merrily scaring us all with his monthly dose of spooky tales, Cousin Eerie was ploughing a slightly different furrow in his book, by introducing short run series' about a new breed of Warren anti-heroes.
As editor Bill DuBay said in one of the letter pages, the Eerie series heroes were different, not just because of the fact that Warren mags didn't have to obey the Comics Code, meaning that they were generally meaner and tougher than Marvel's or DC's characters, but because they could, and often would, be killed off at the end of their series'.
With strips like Hunter, Coffin, The Spook and today's Exterminator One, to name a few, we were in blue skies, and there were no guarantees the good guys would win, or even who the good guys were.
Exterminator One is that familiar trope of the good man forced into a soulless machine body, but it comes with a couple of interesting twists, some superb artwork courtesy of Paul Neary and a worldview that's uniquely, and darkly, Warren.
The Dube must've liked this idea, as the Exterminator robots pop up again and again in various Eerie series, but here's how it began. 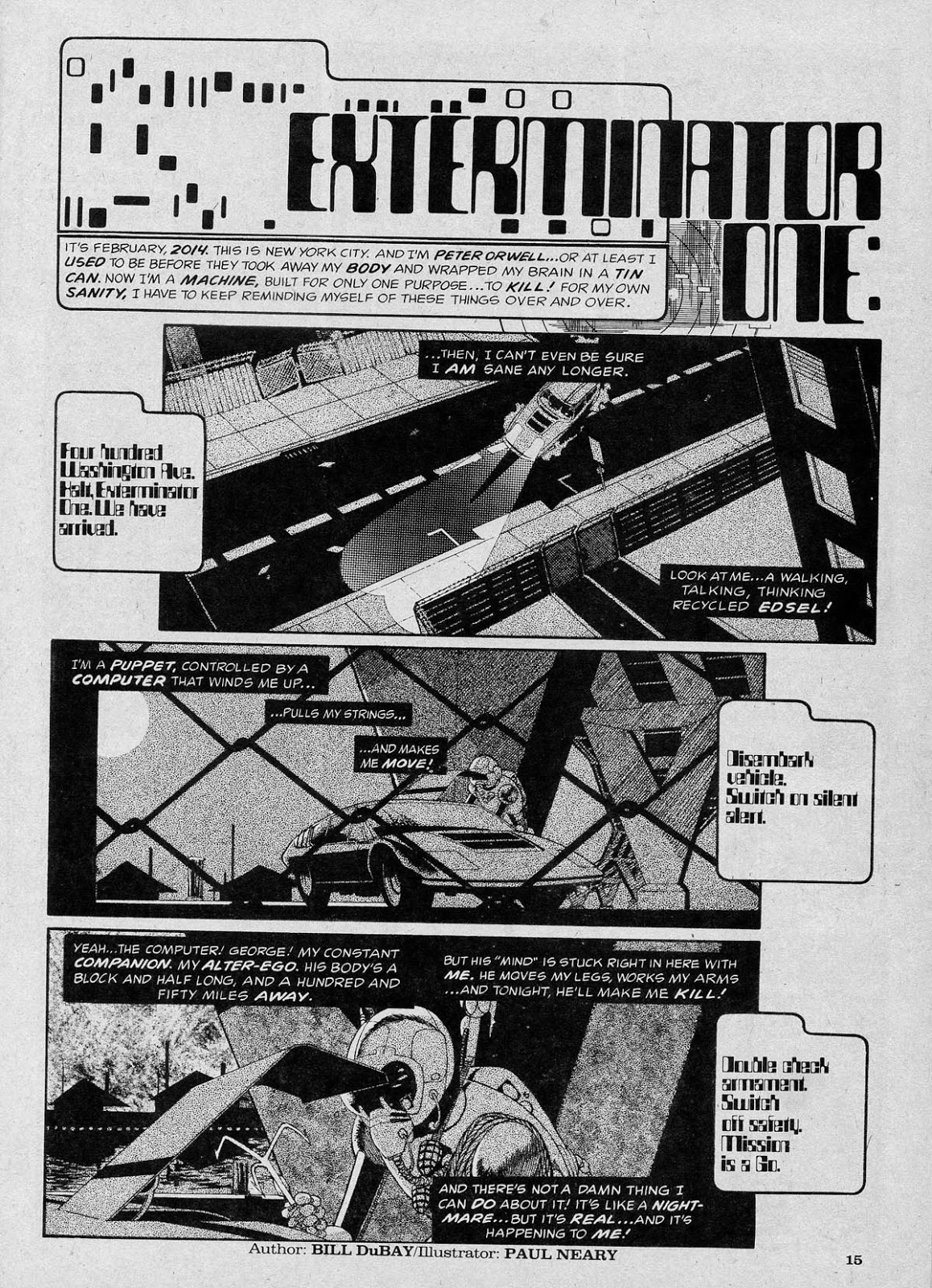 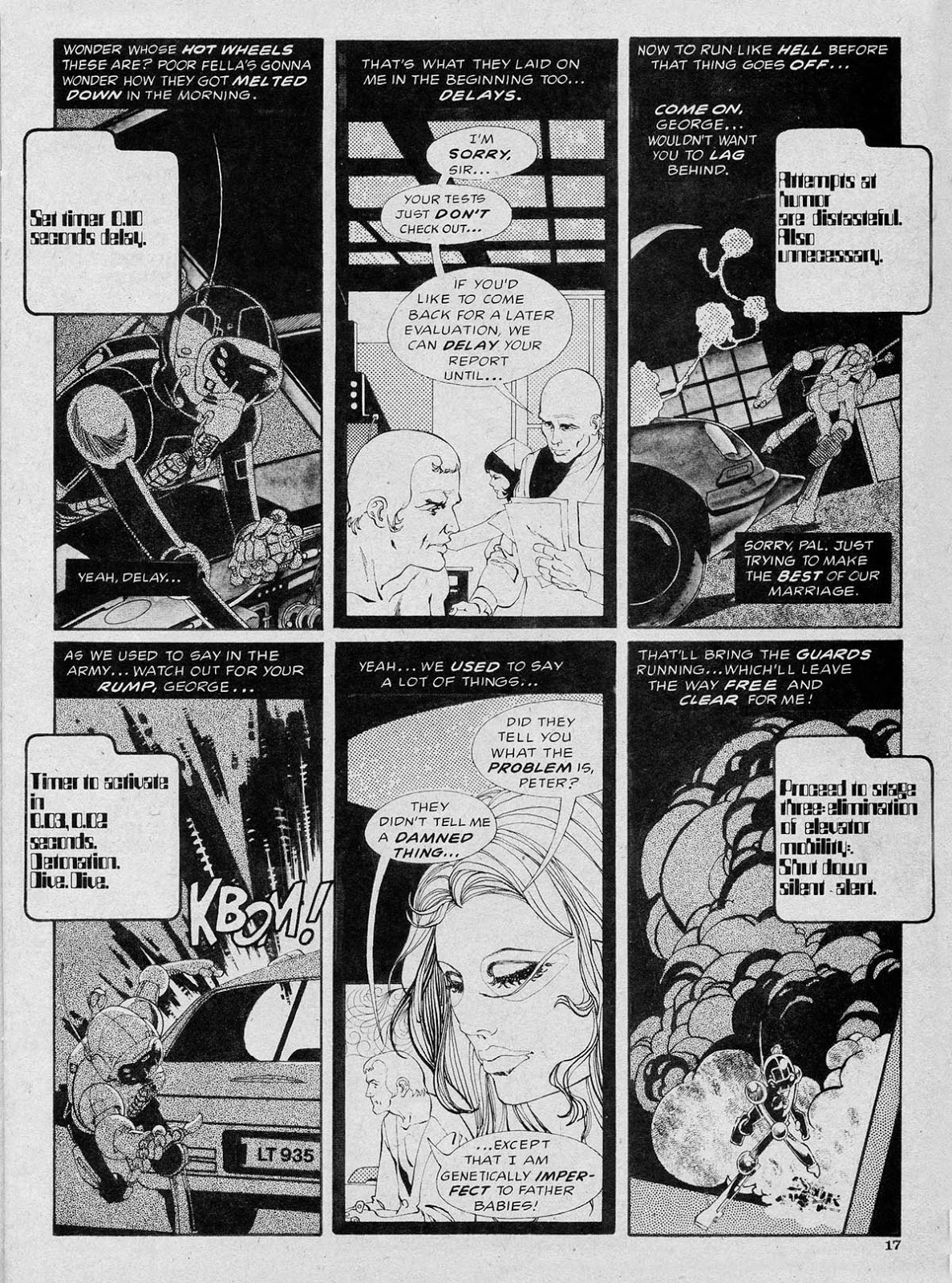 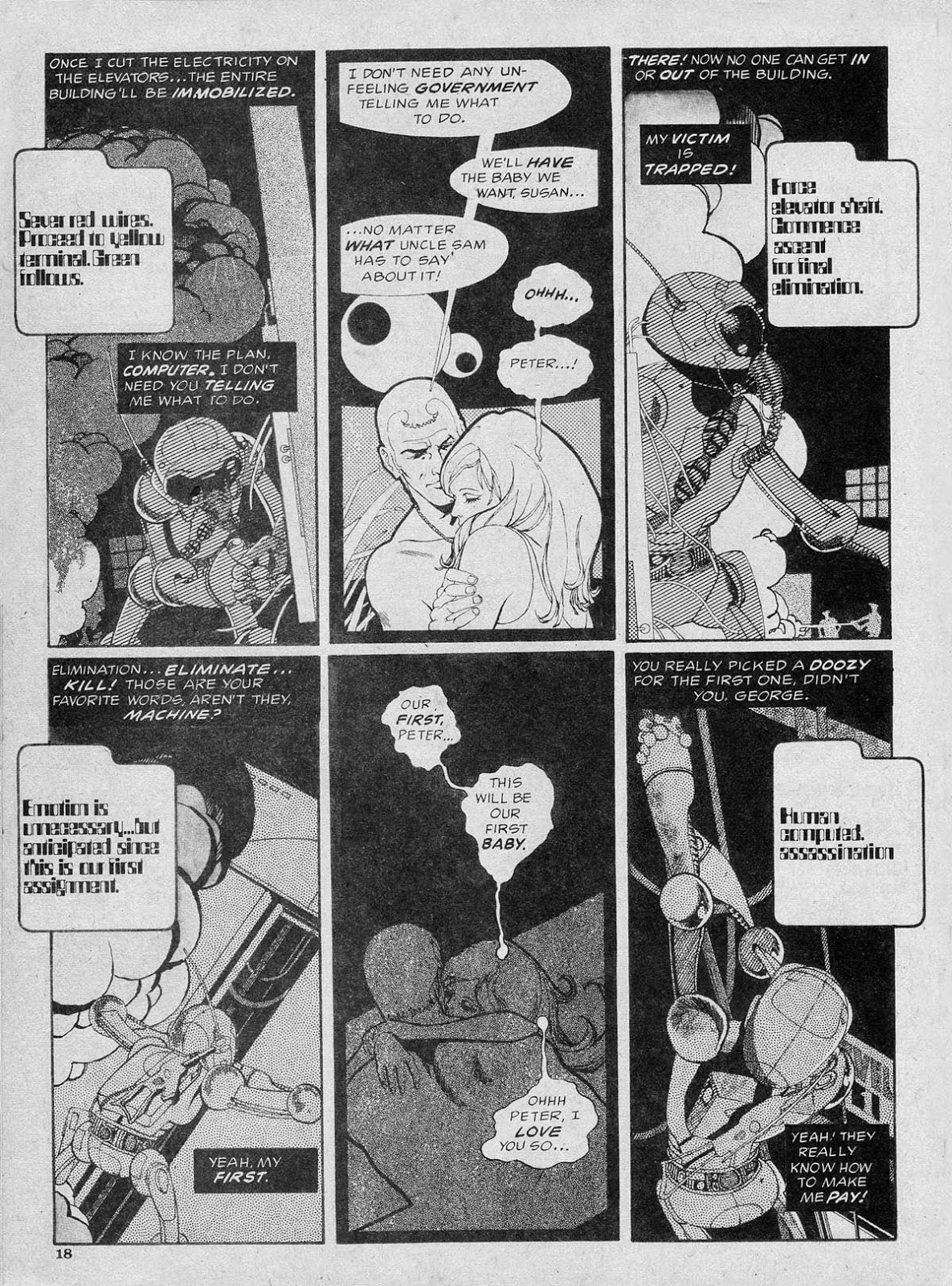 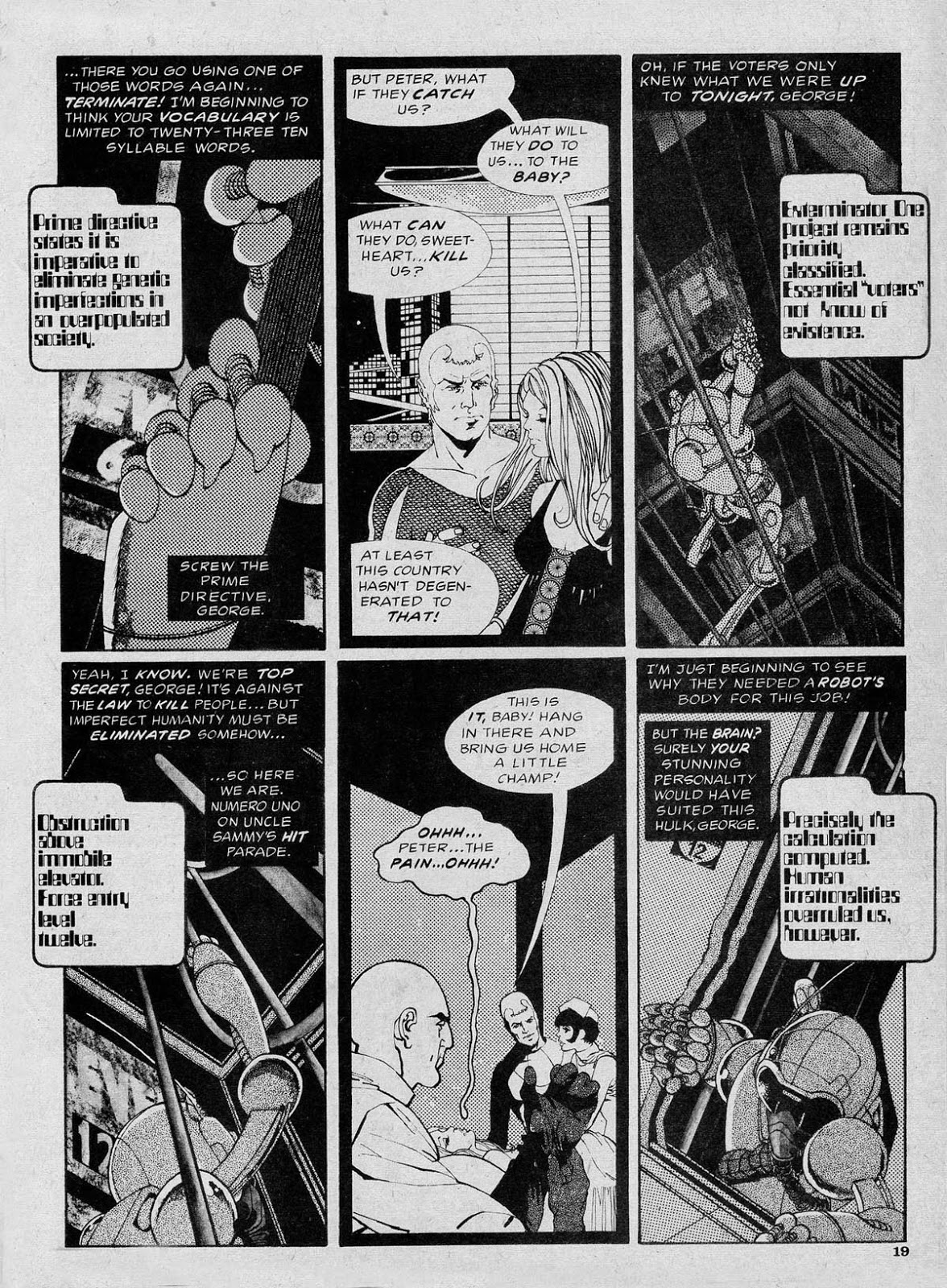 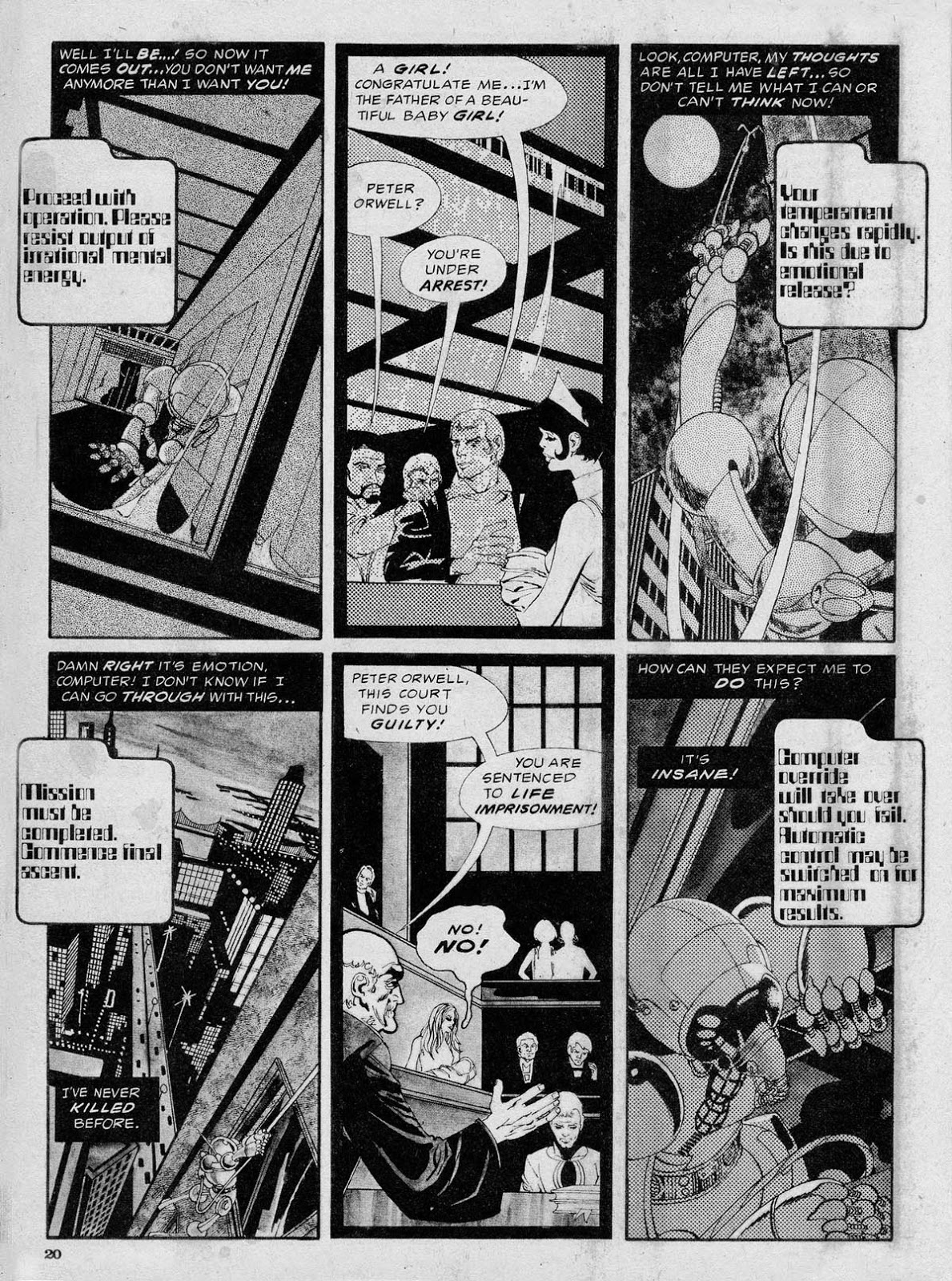 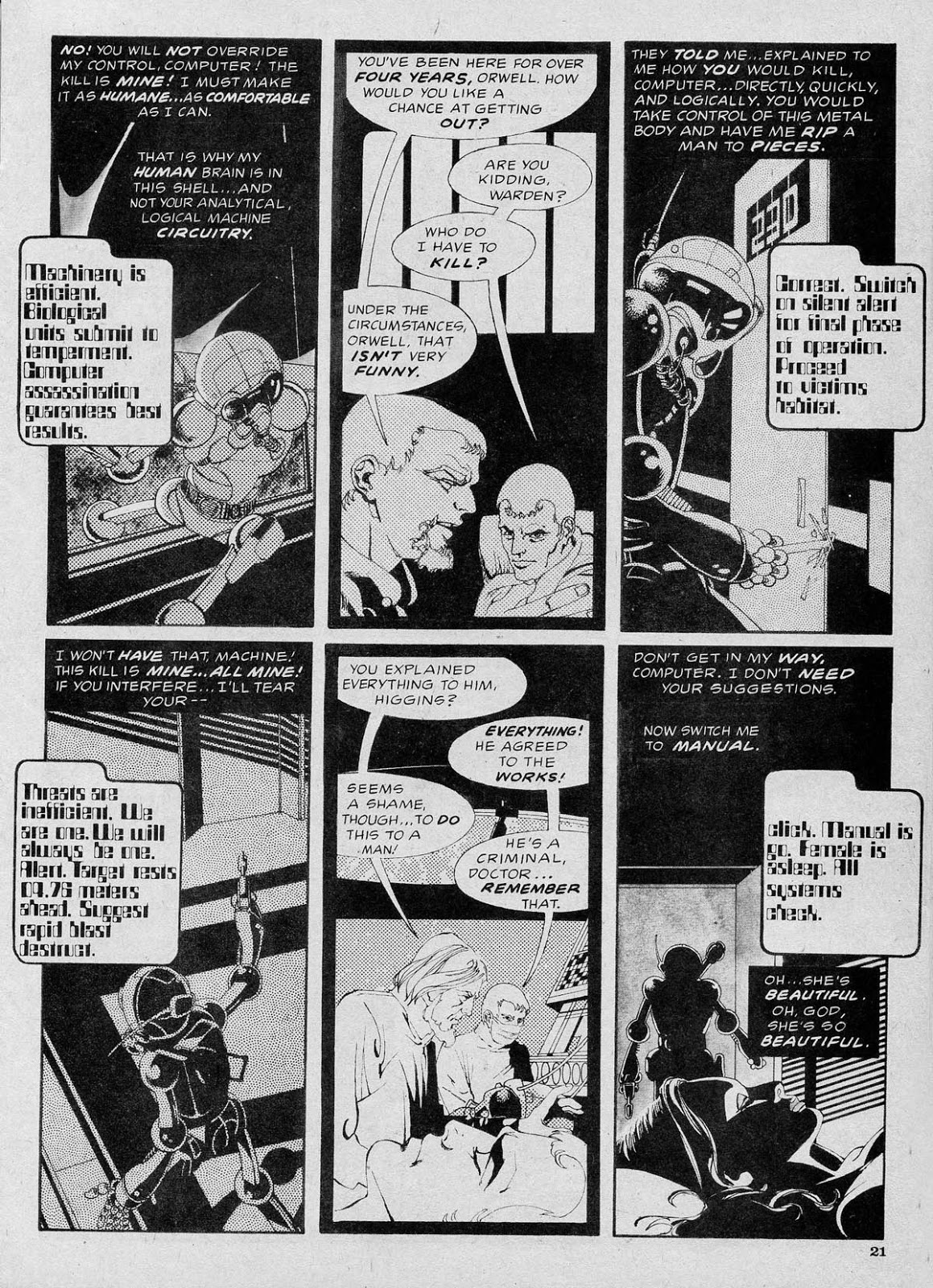 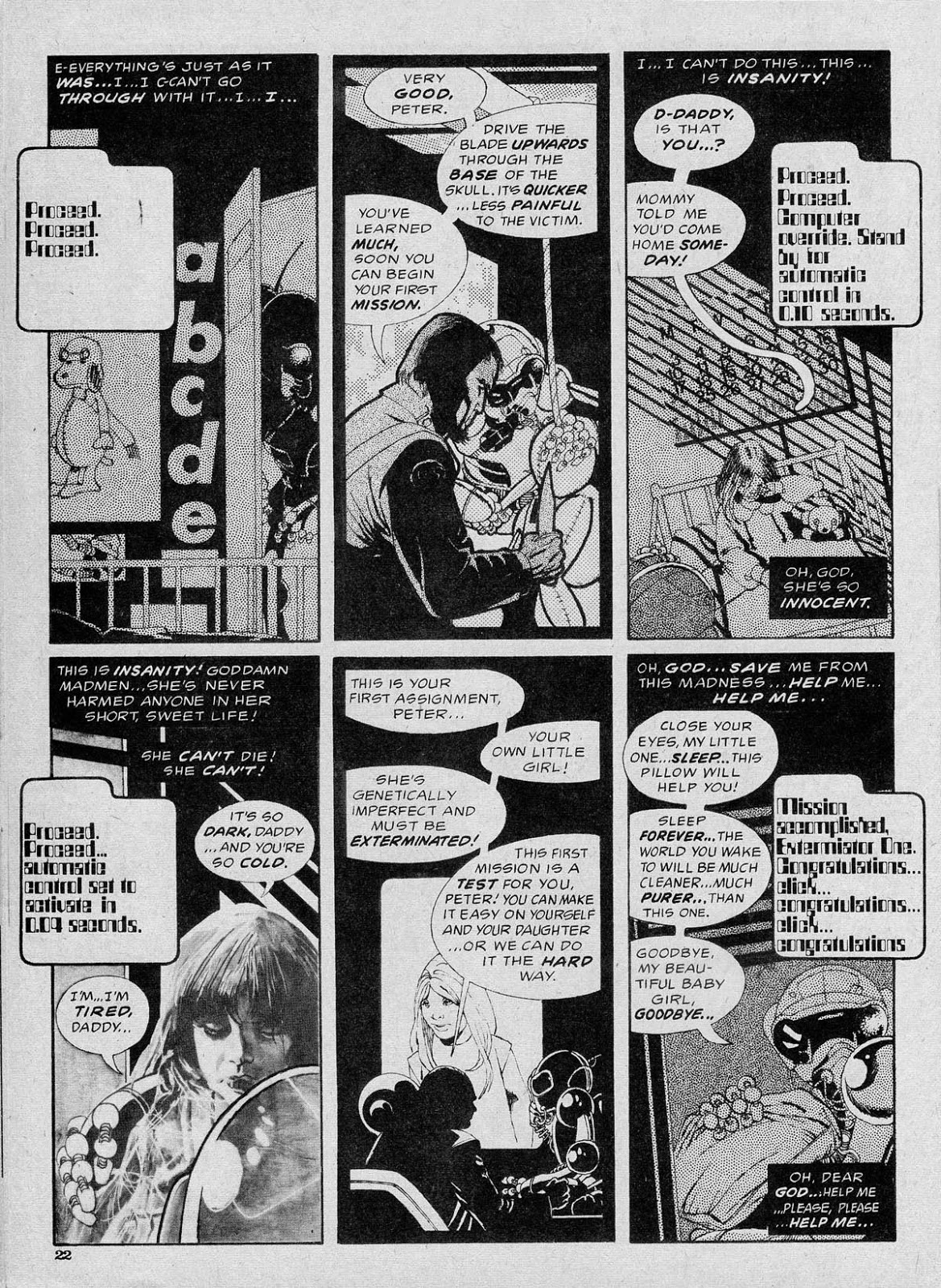 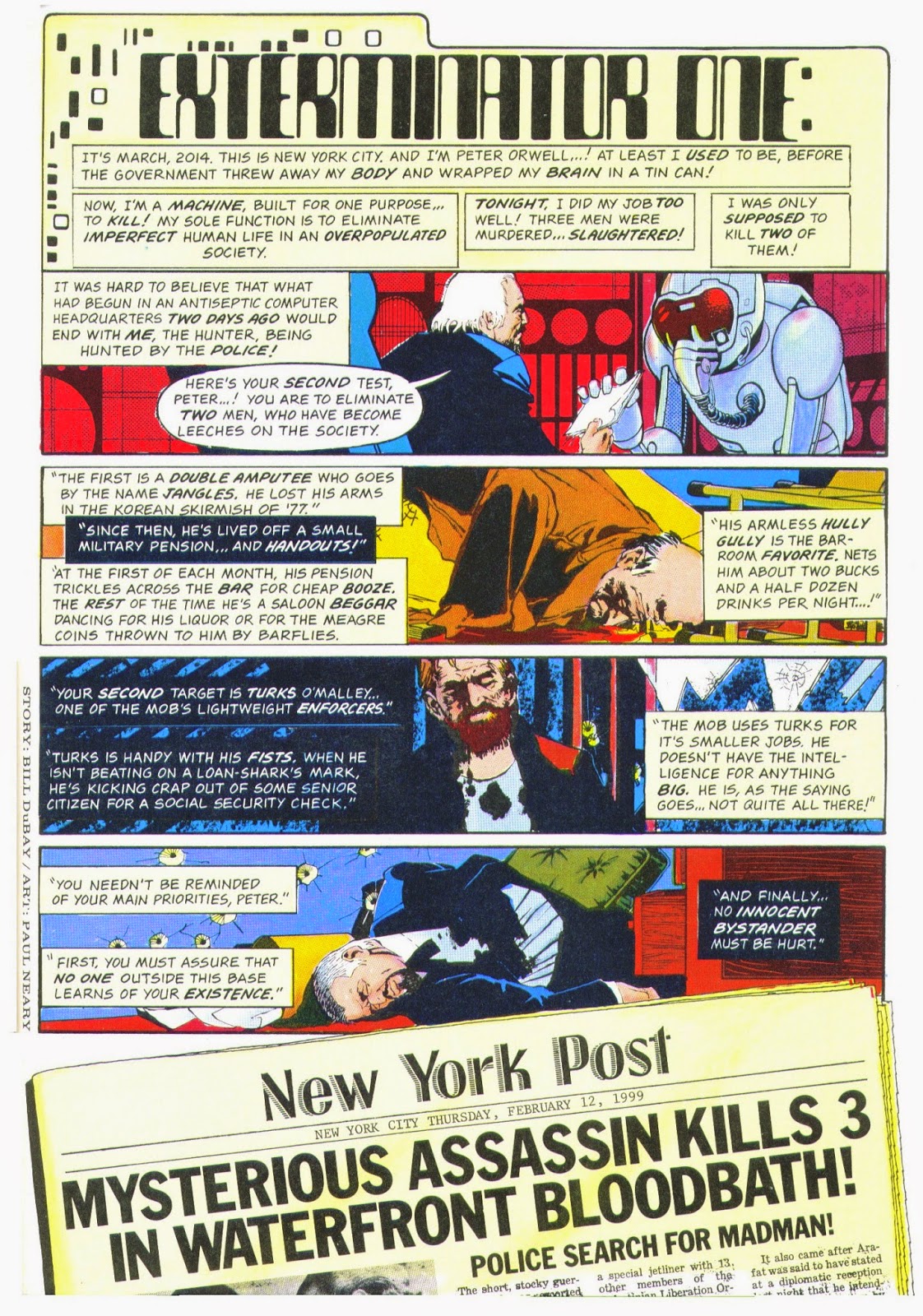 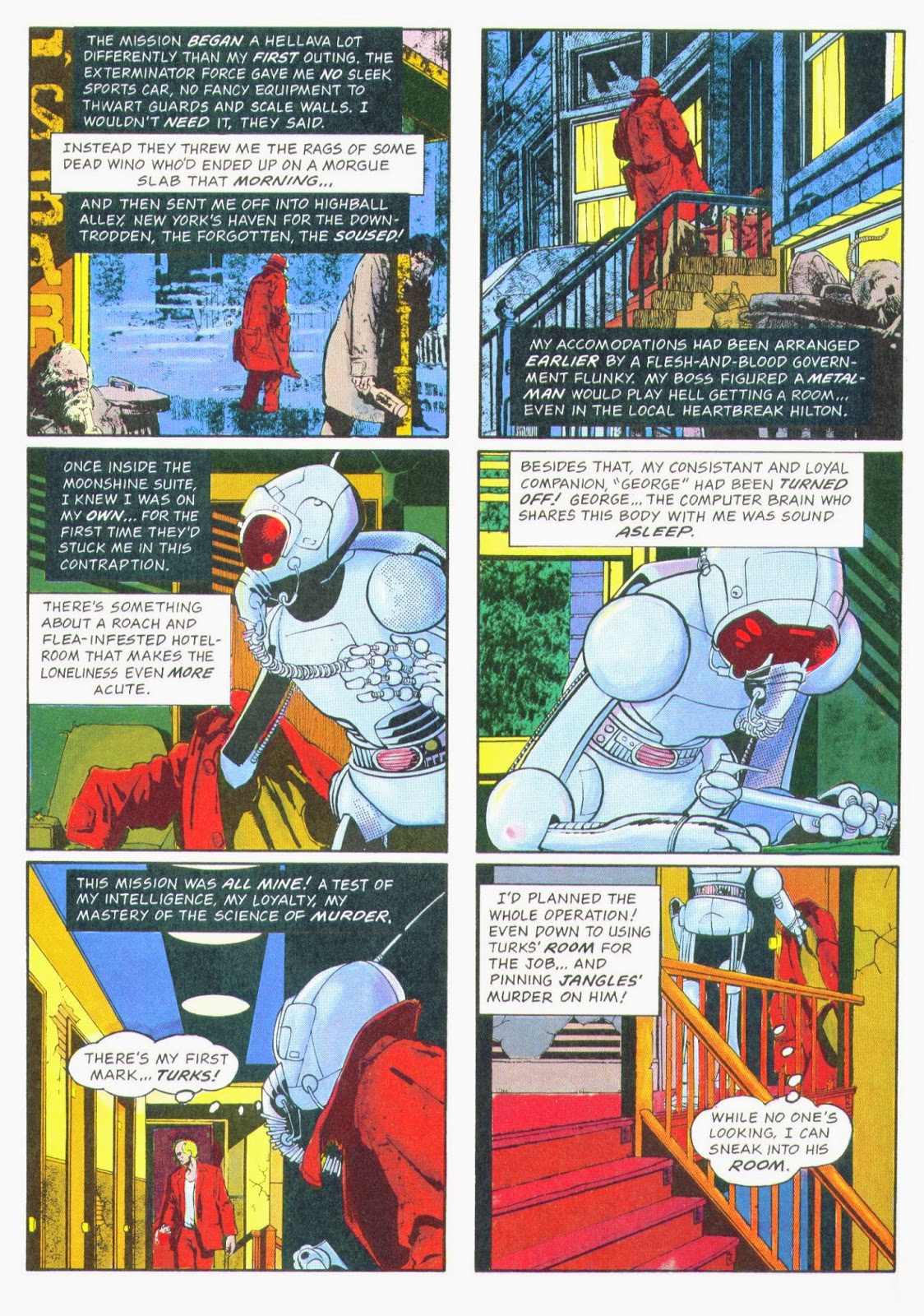 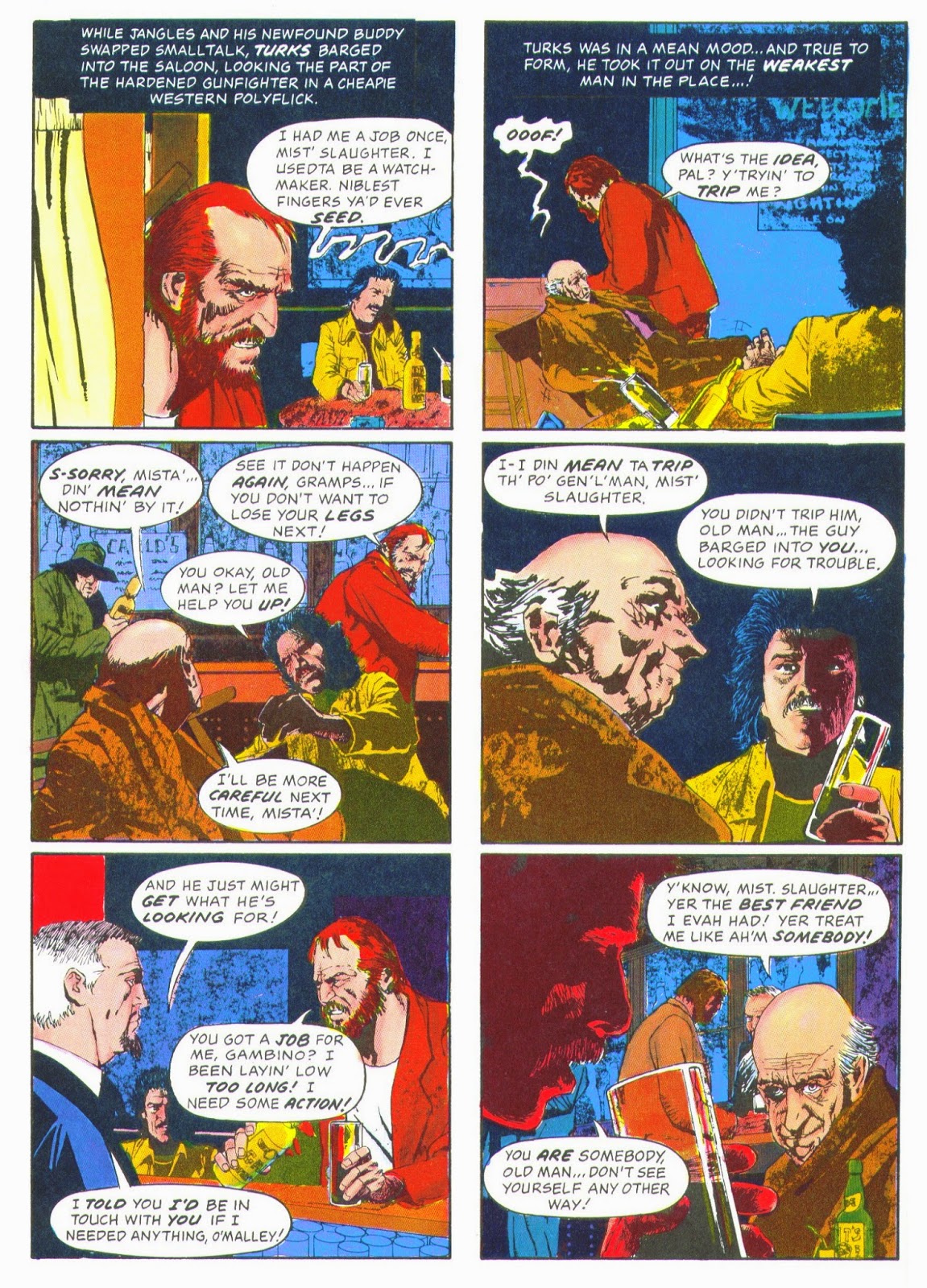 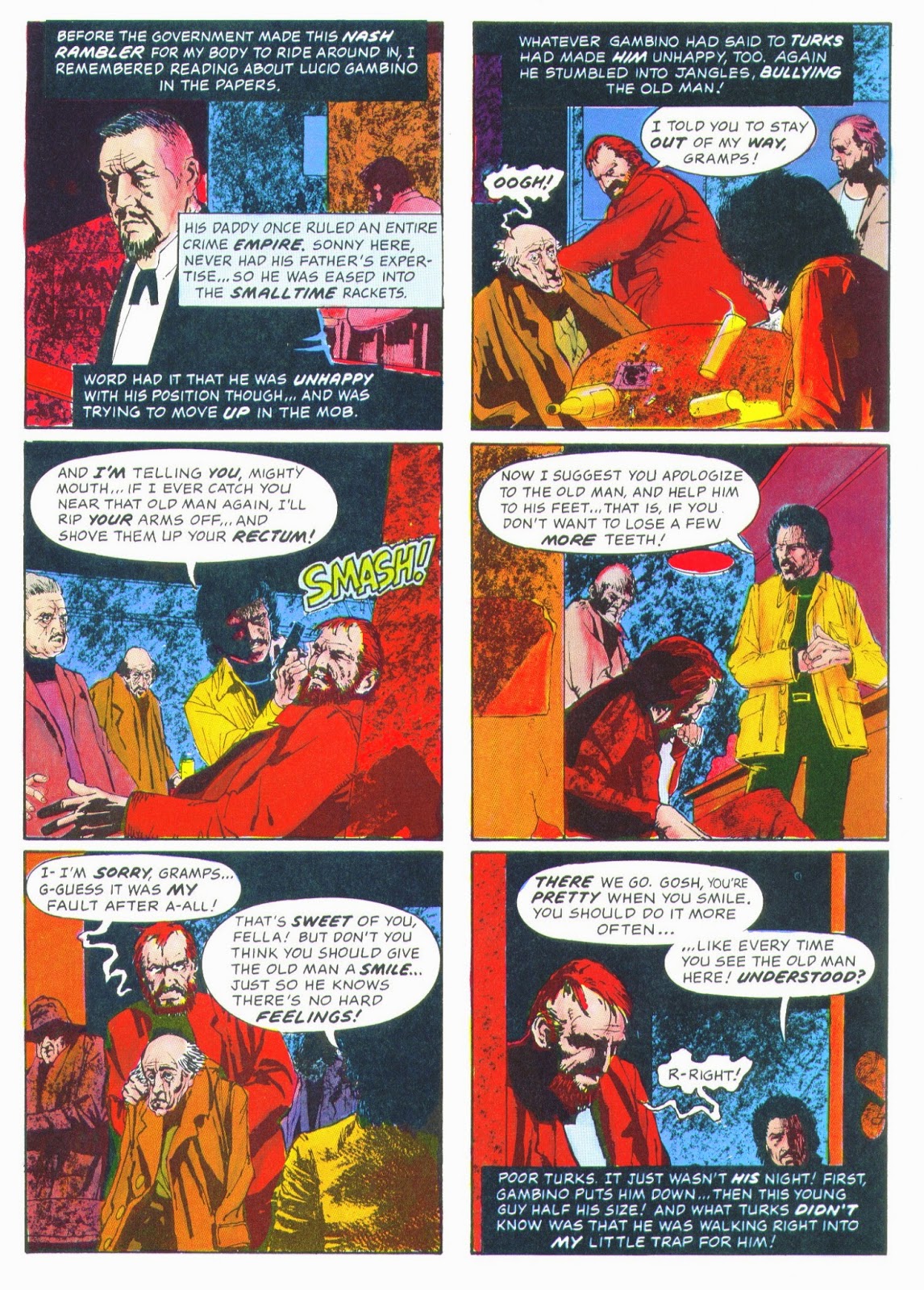 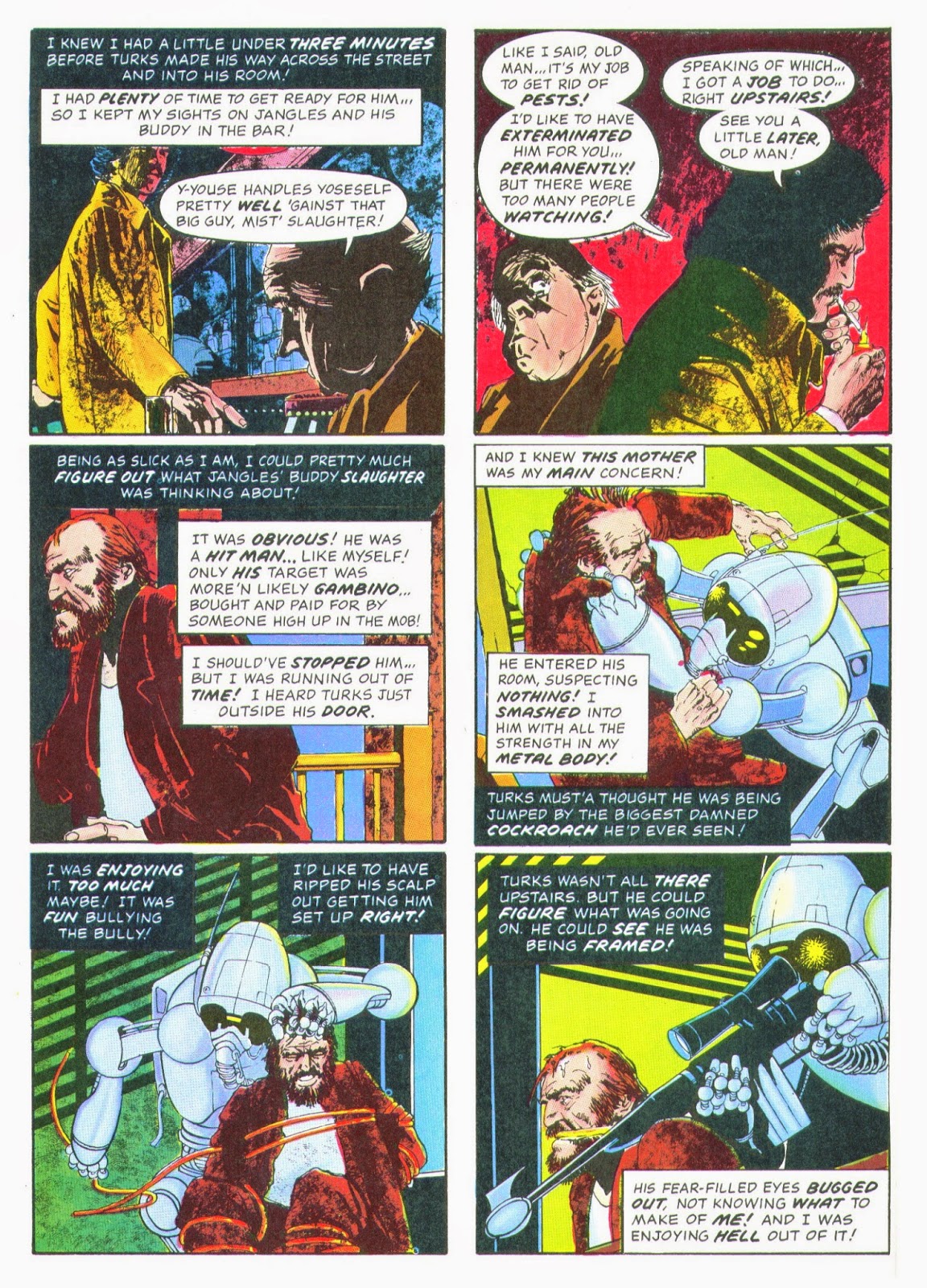 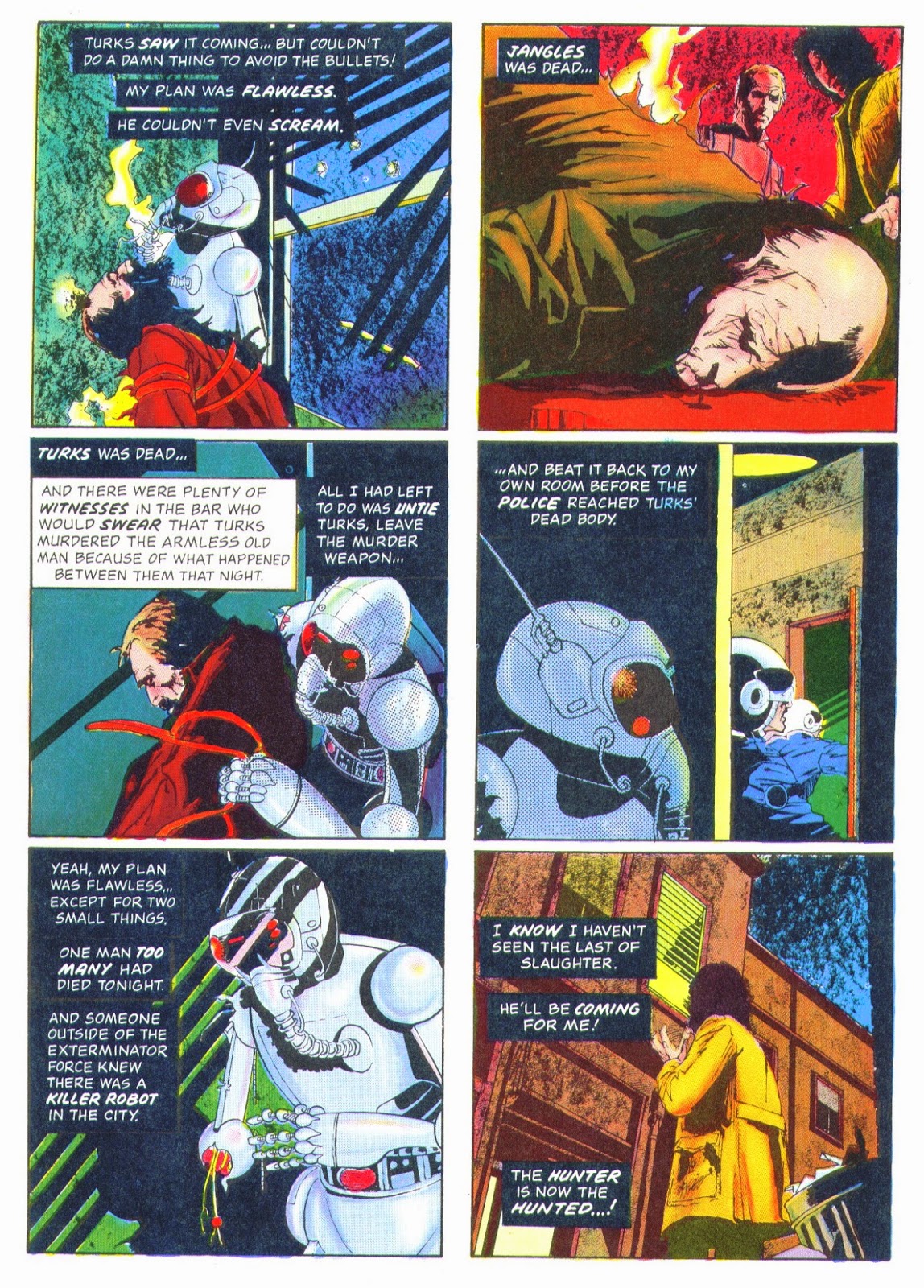 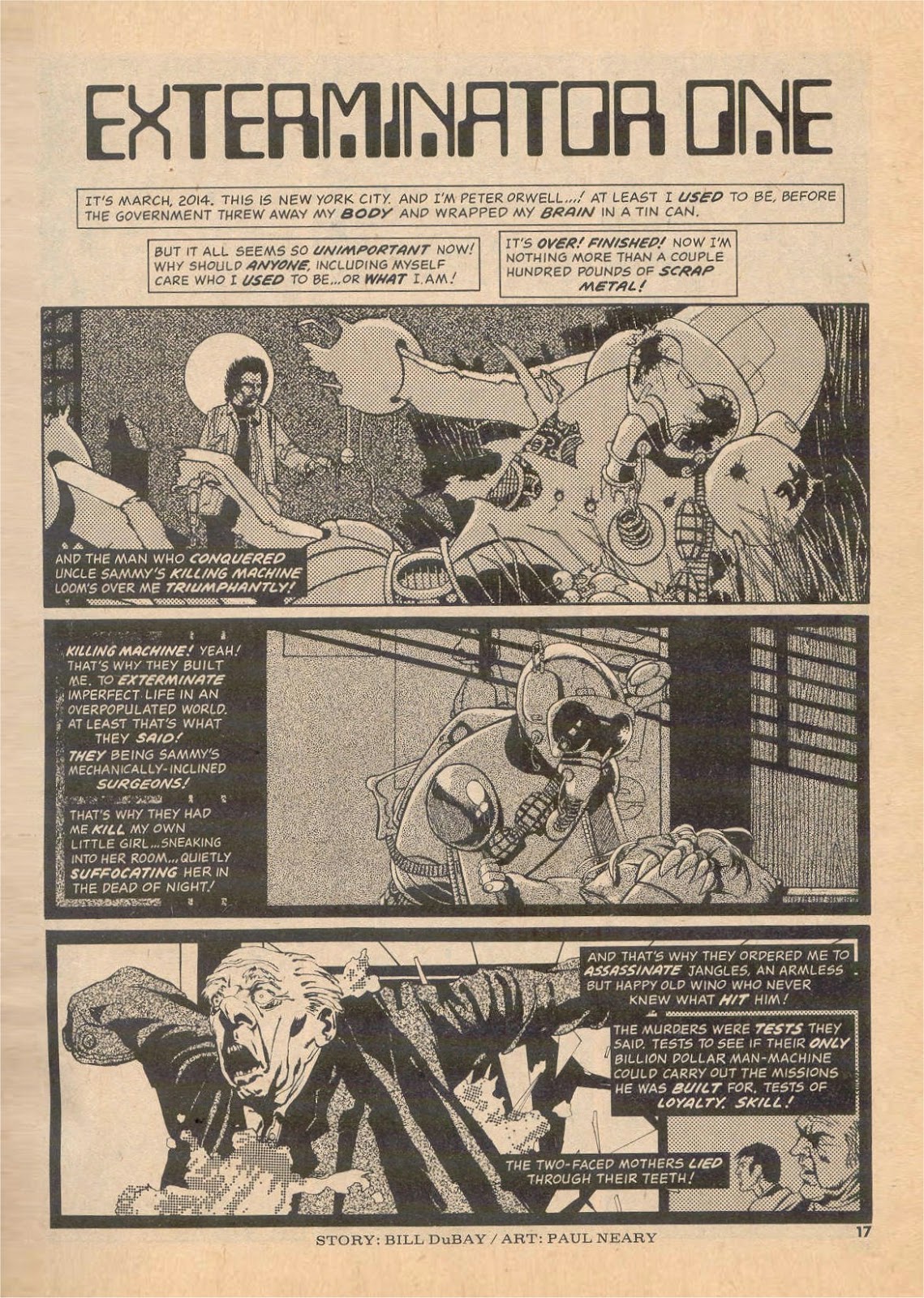 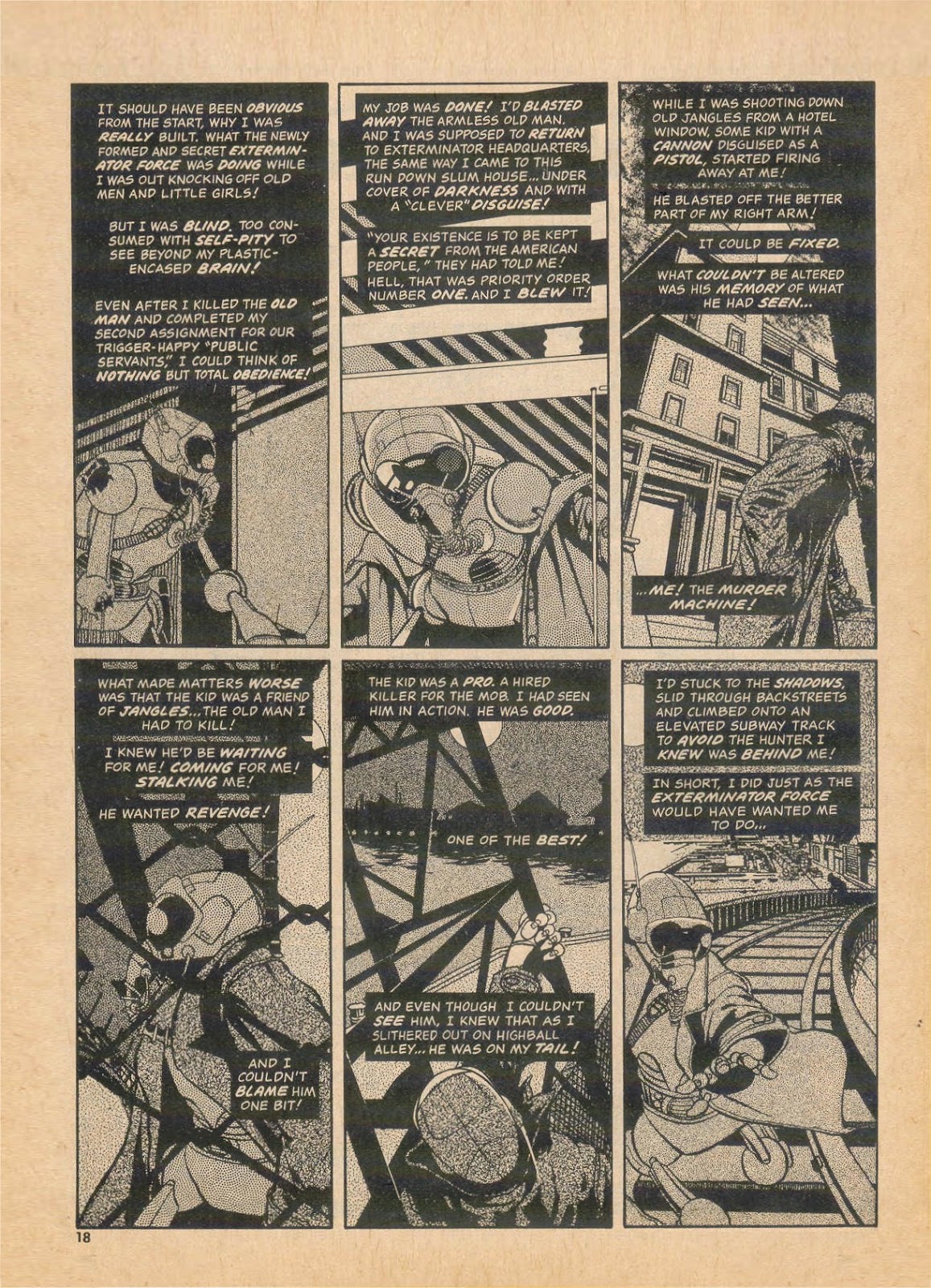 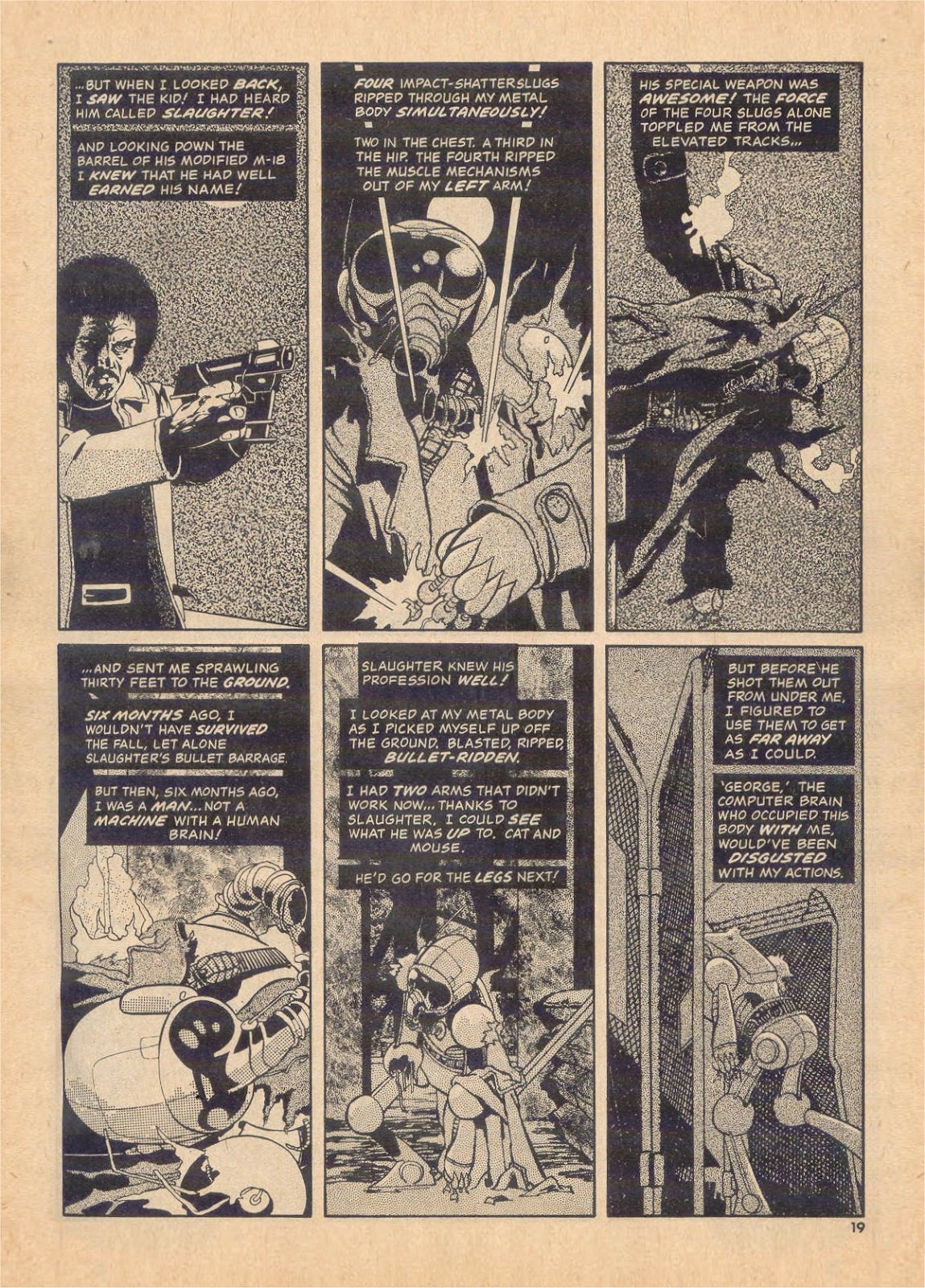 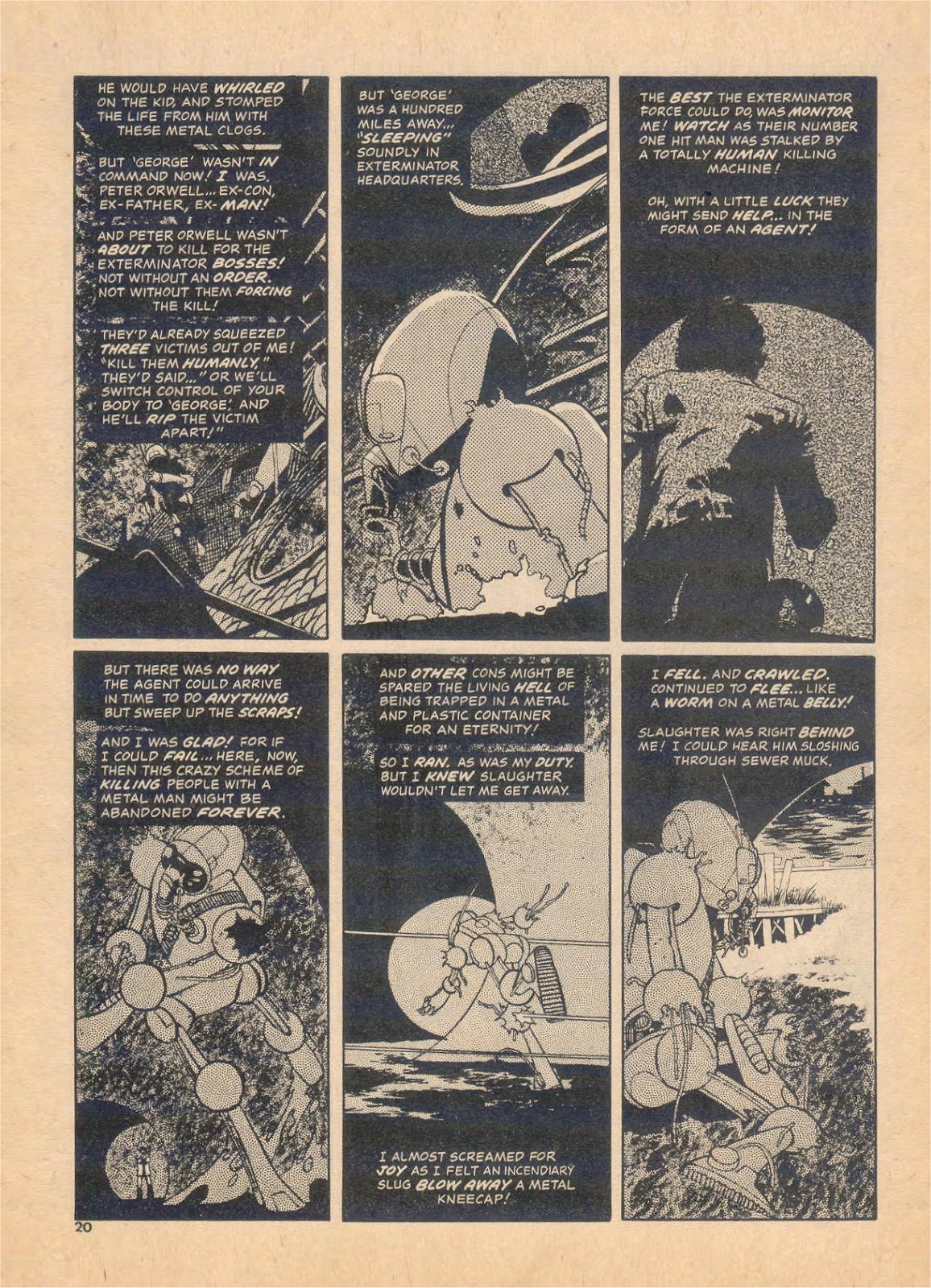 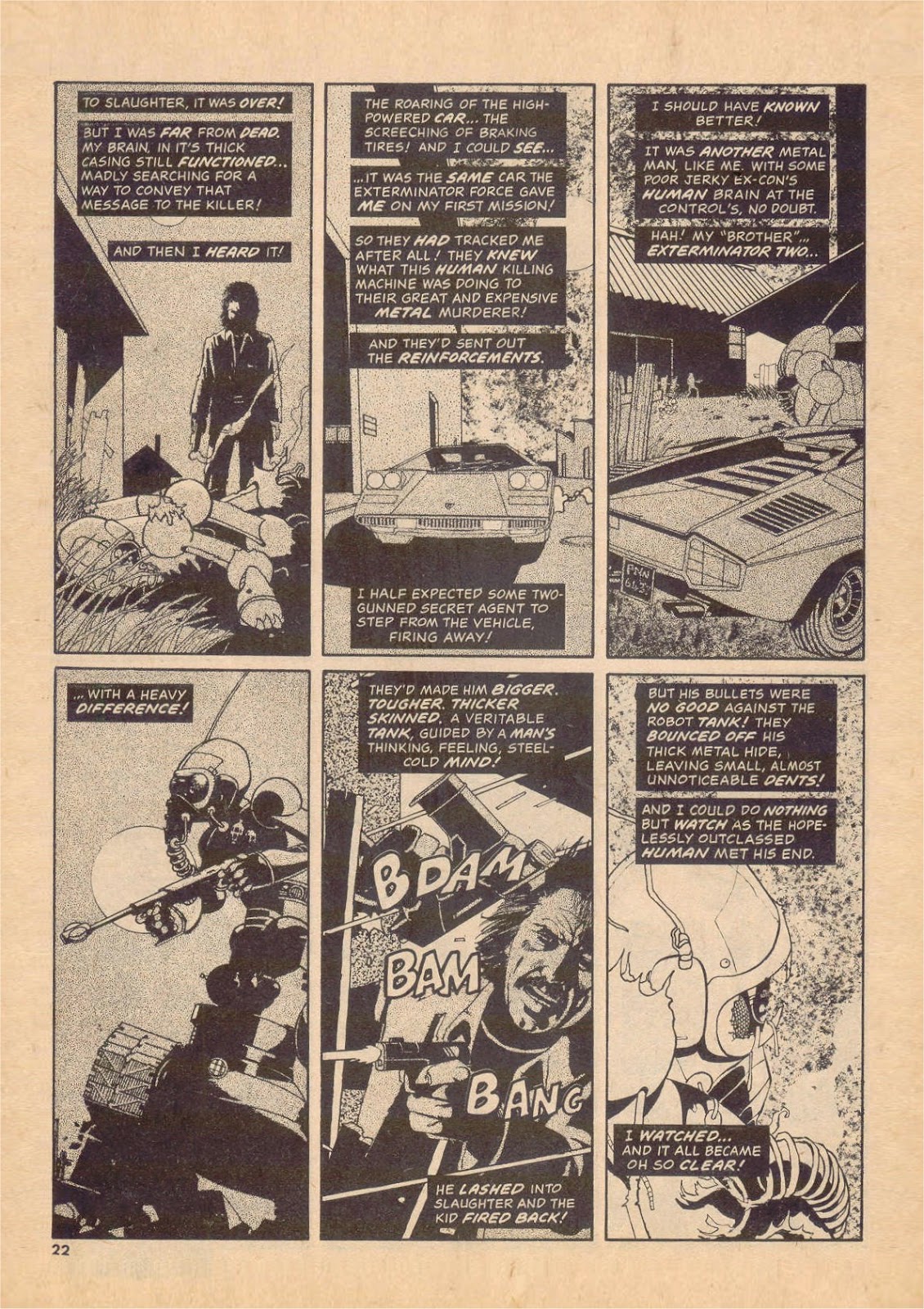 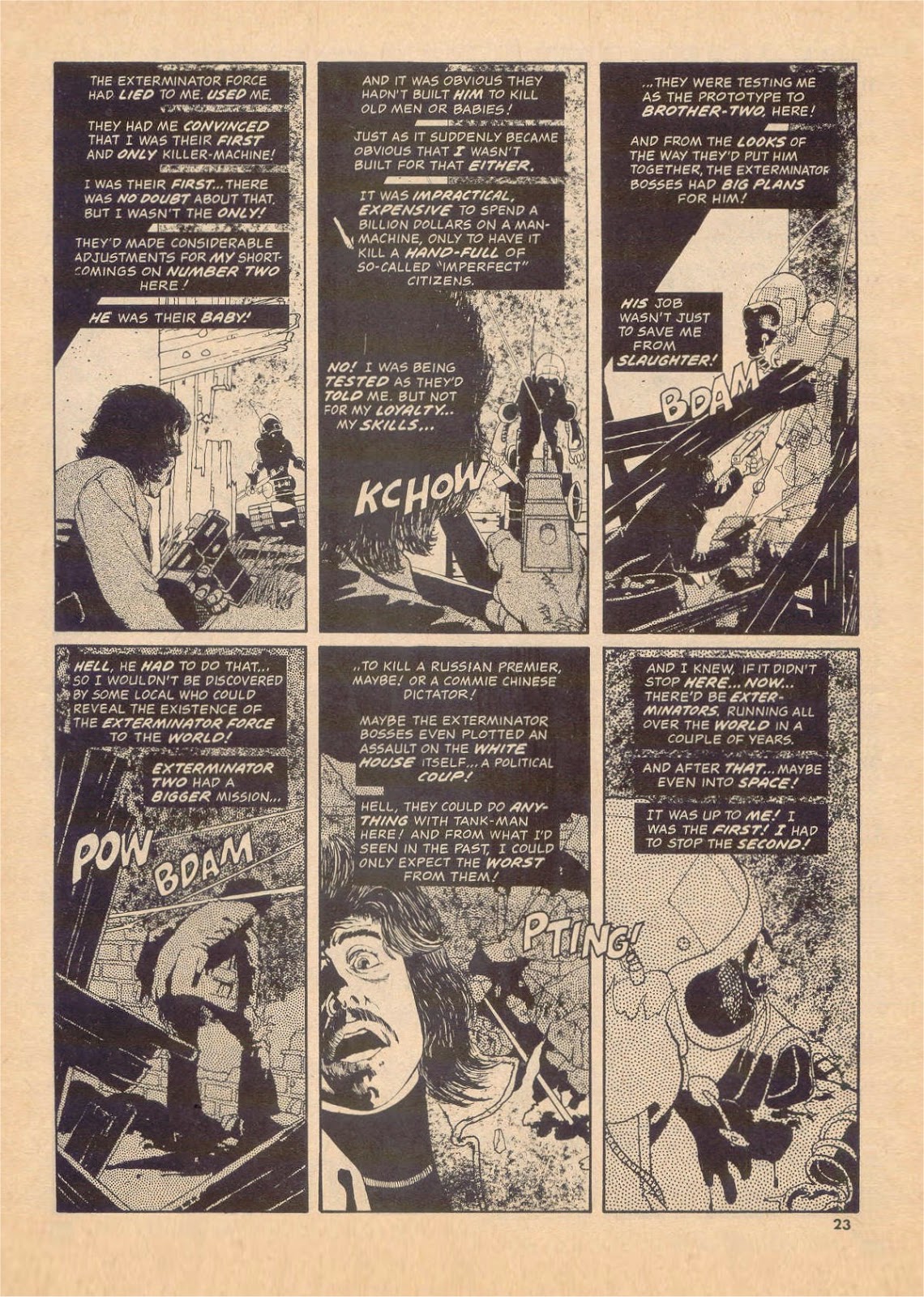 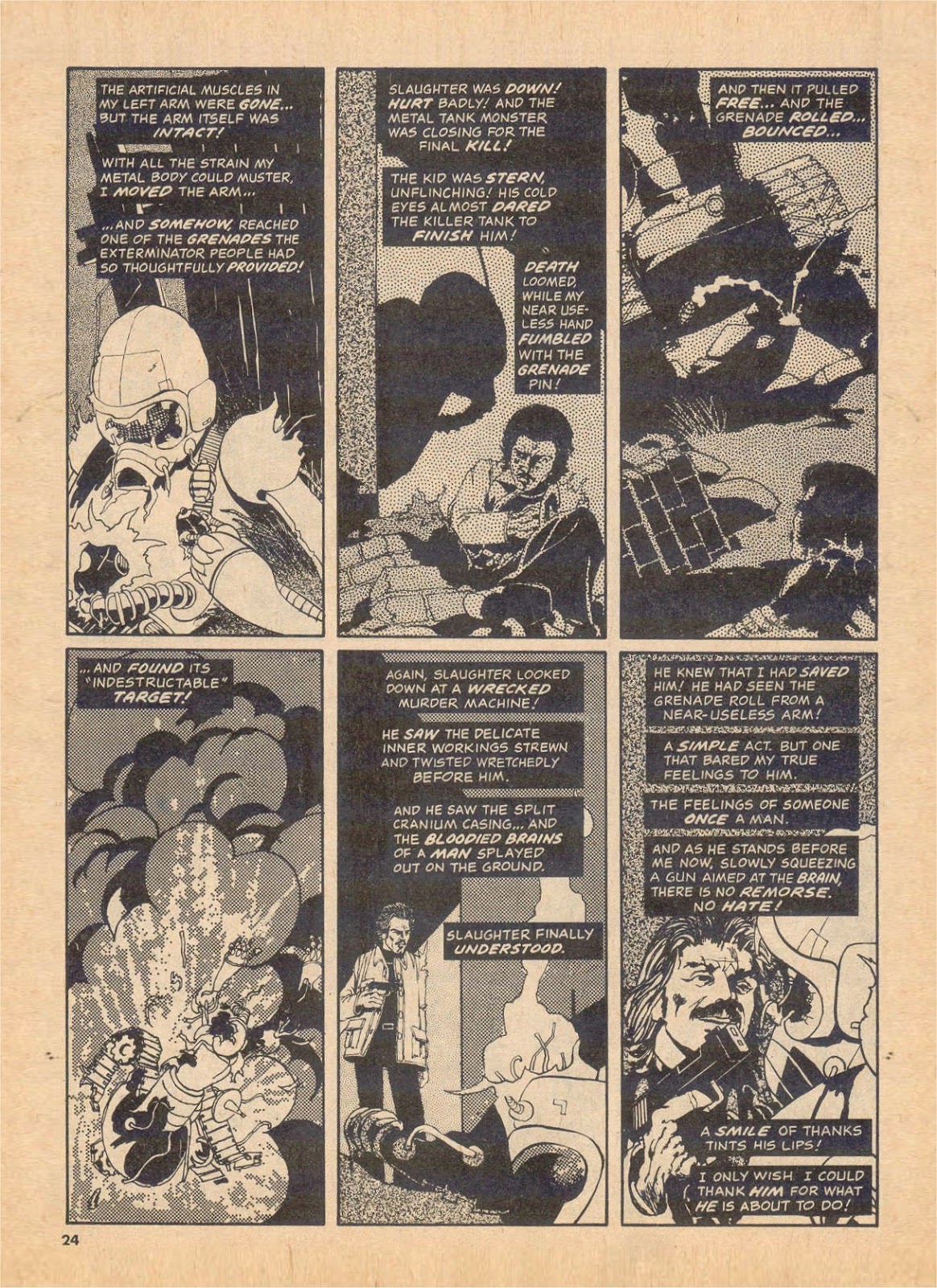