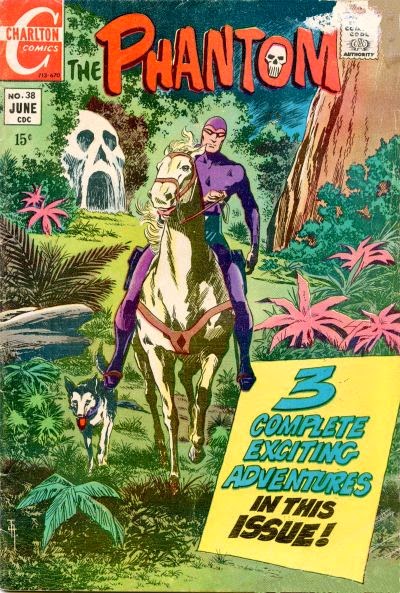 The Phantom was always on the periphery of my consciousness in the Bronze Age. I was aware of him, sure, and knew that he lived in the jungle, and was one the first ever superhero's ( if not THE first ), but there was no real opportunity to read any of his adventures.
Charlton came into our town once in a blue moon, and although I did once get a paperback collection of Phantom creator Lee Falk's other hero Mandrake The Magician from Cambridge's legendary remaindered bookshop, they never stocked any Phantom books.

My first actual exposure to The Ghost Who Walks was the 1996 Billy Zane movie ( which I heartily recommend by the way, it's great fun ) 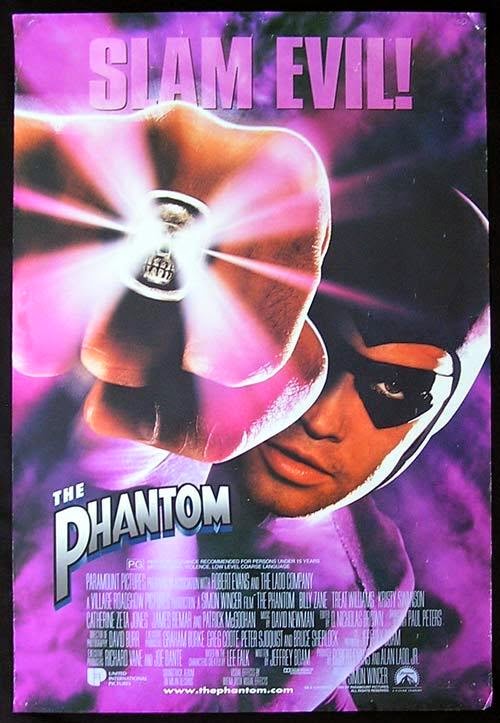 So it's only as an alleged grown-up that I've actually read any Phantom, mainly the Charlton run, and mainly because Jim Aparo drew it. And I'd read the Conservative party manifesto if Jim Aparo drew it.
Luckily, of course, The Phantom is a great character even without Aparo, basically everyone's best superpowered pal, just as a hero of his vintage should be. Zane at the time called him 'Super humane, not super human' which is a pretty good description.
Y'know, he lives in a Skull Cave, owns a wolf called Devil, pretends to be a 400 year old ghost, and when he punches out bad guys they're left with an imprint of his Phantom ring on their faces. What's not to love?

Here, for those who came in late, is The Ghost Who Walks' origin: 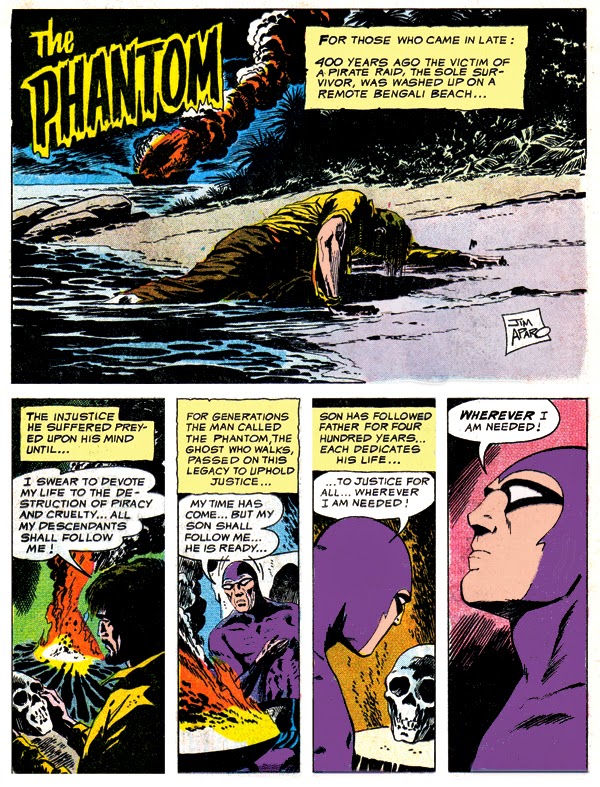 And here's Jim slamming some evil himself. 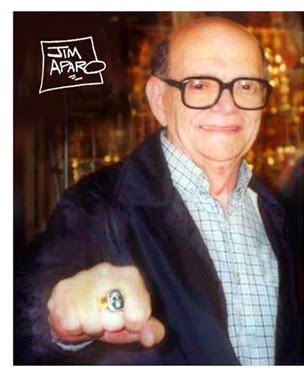 So here's one of my favourite 'new' Phantom stories, where he visits Shangri-La to help out a buddy, and comes across just about the most unfeasible and least cost effective scheme any gang of crooks ever put together. 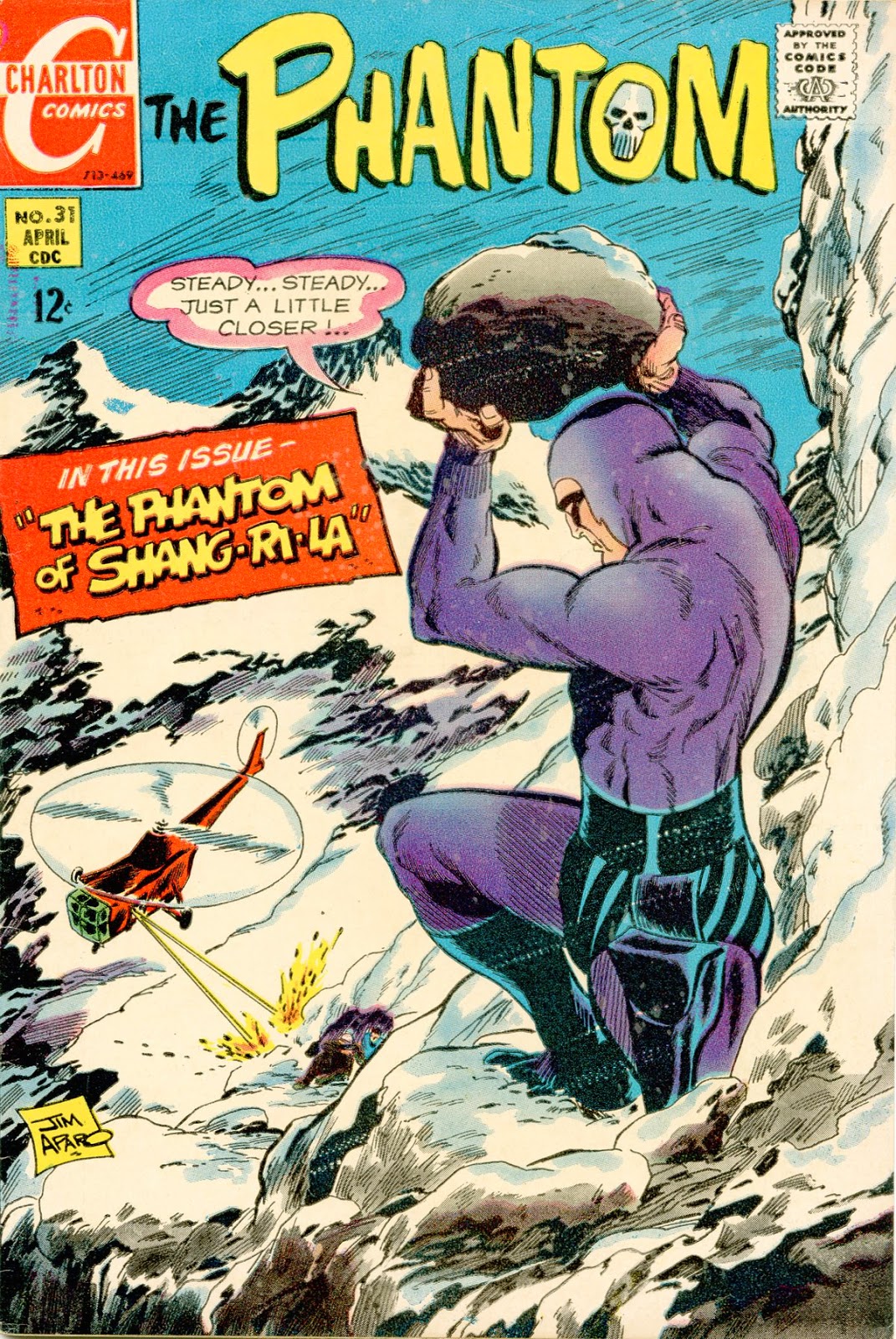 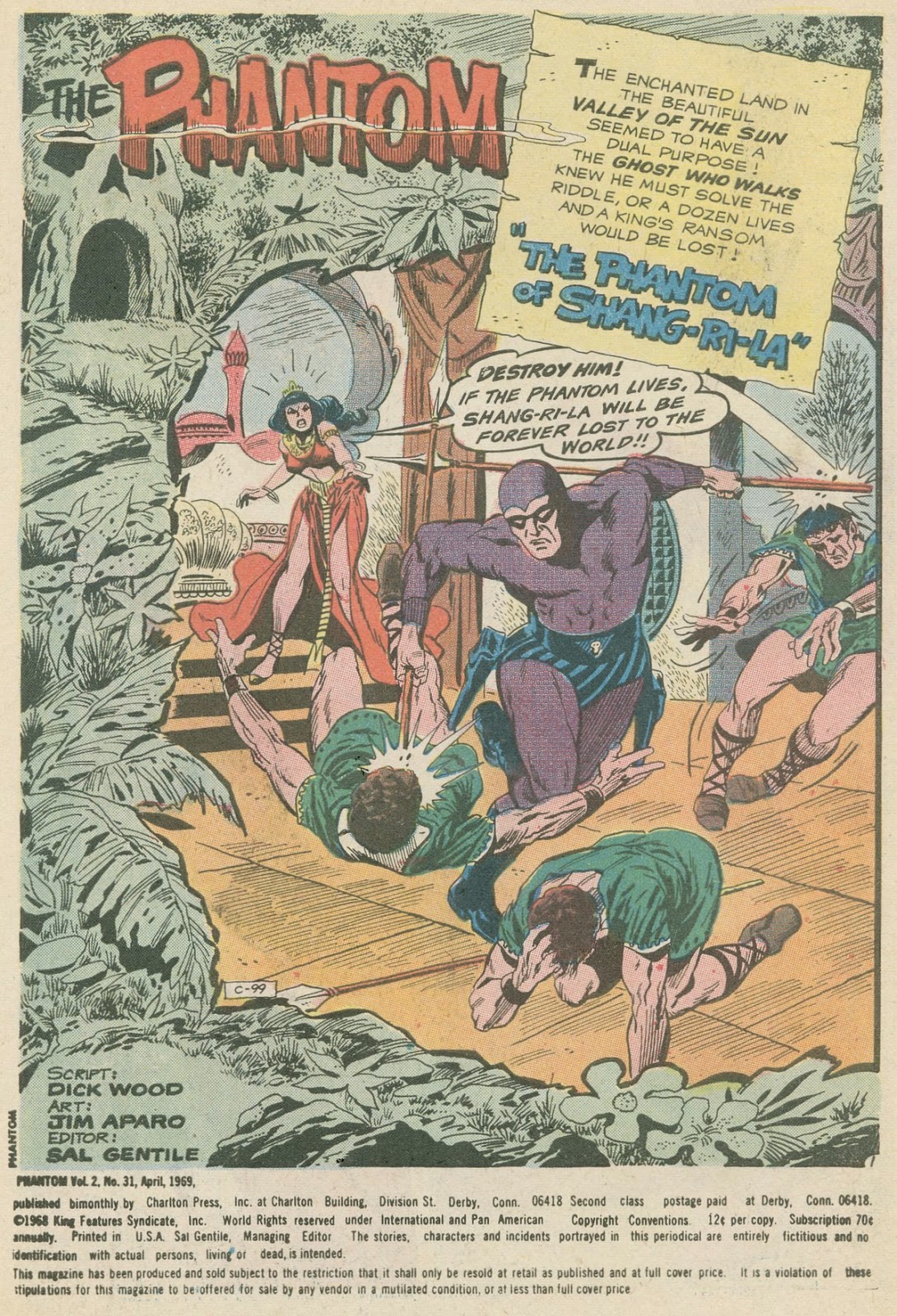 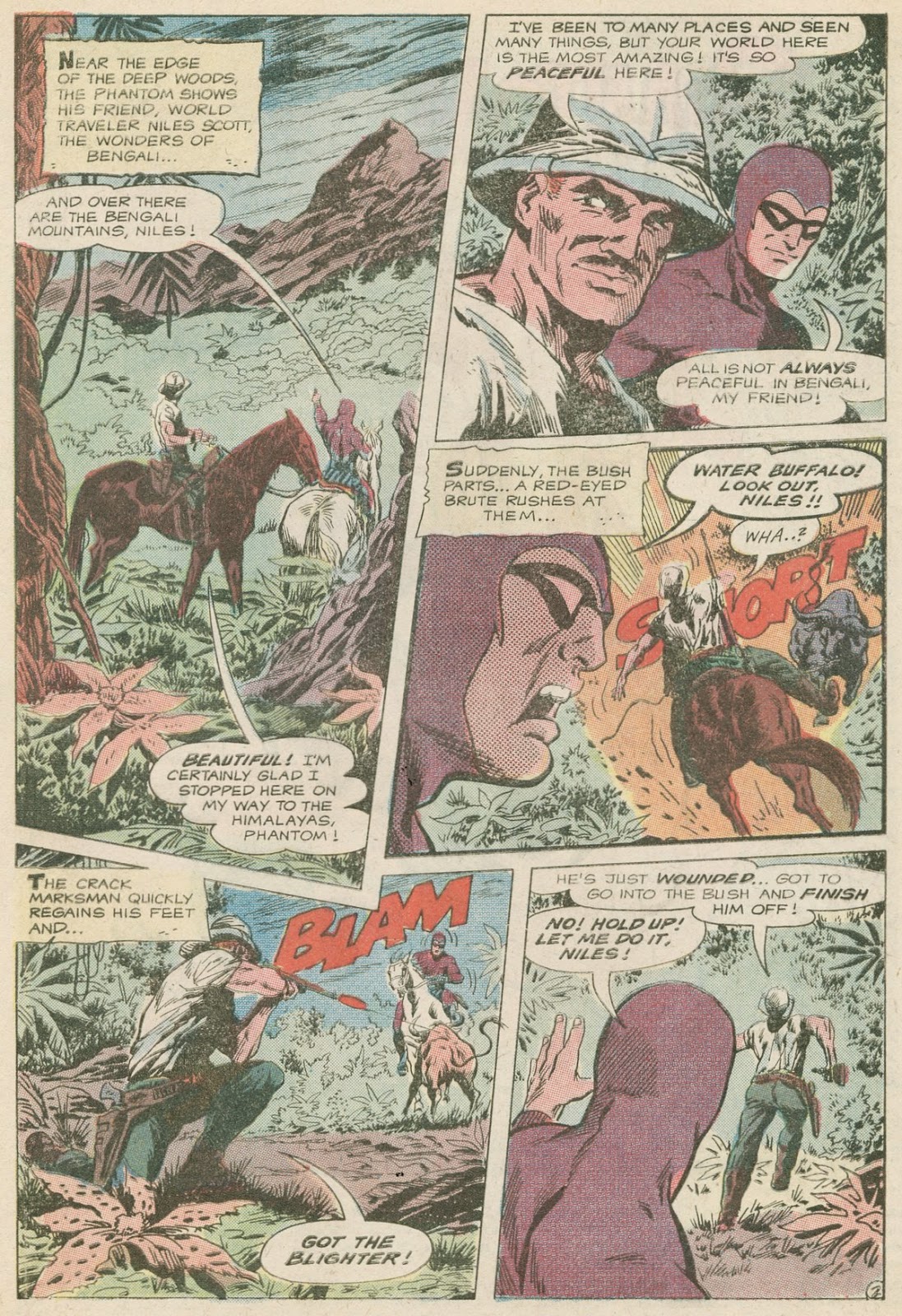 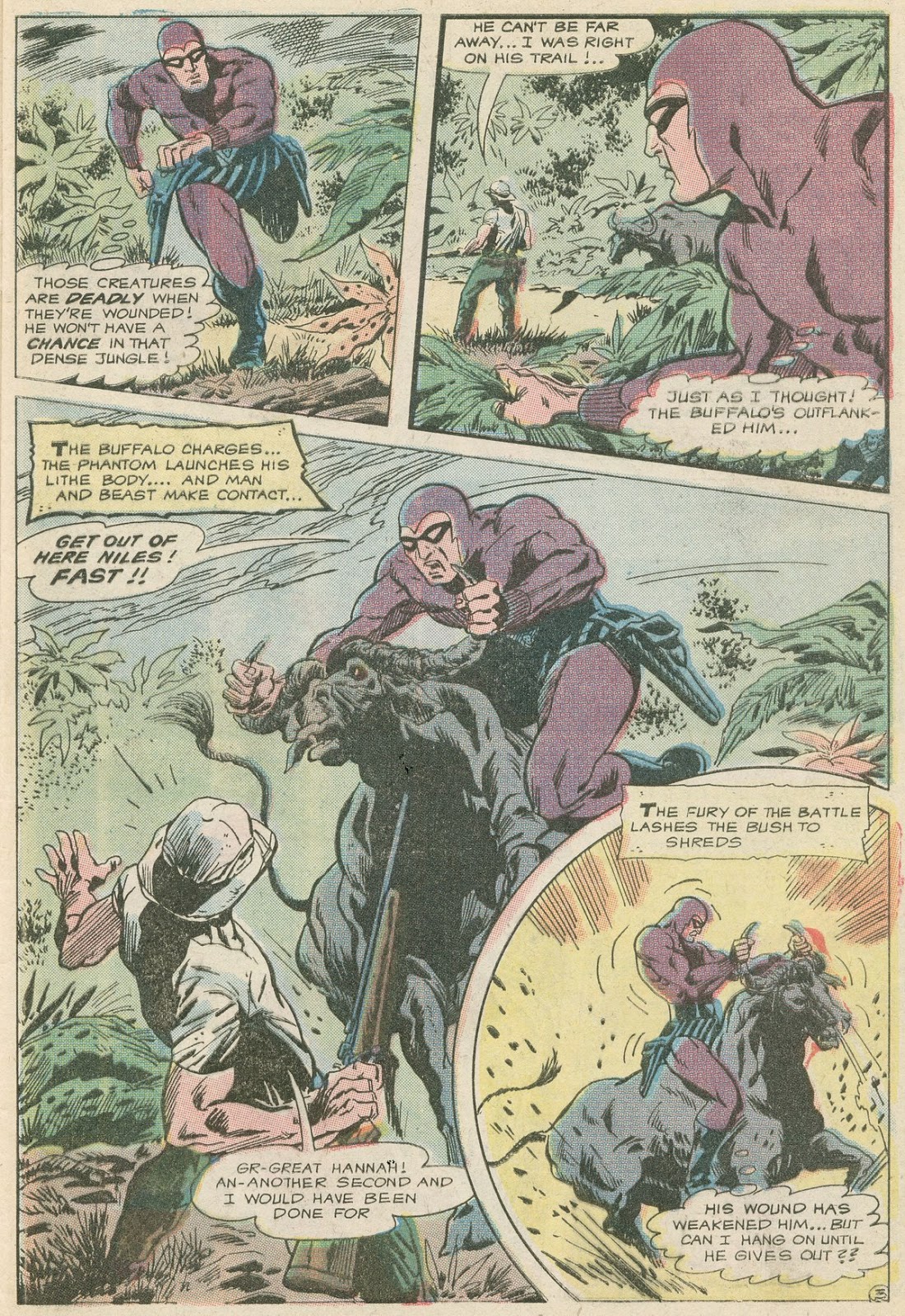 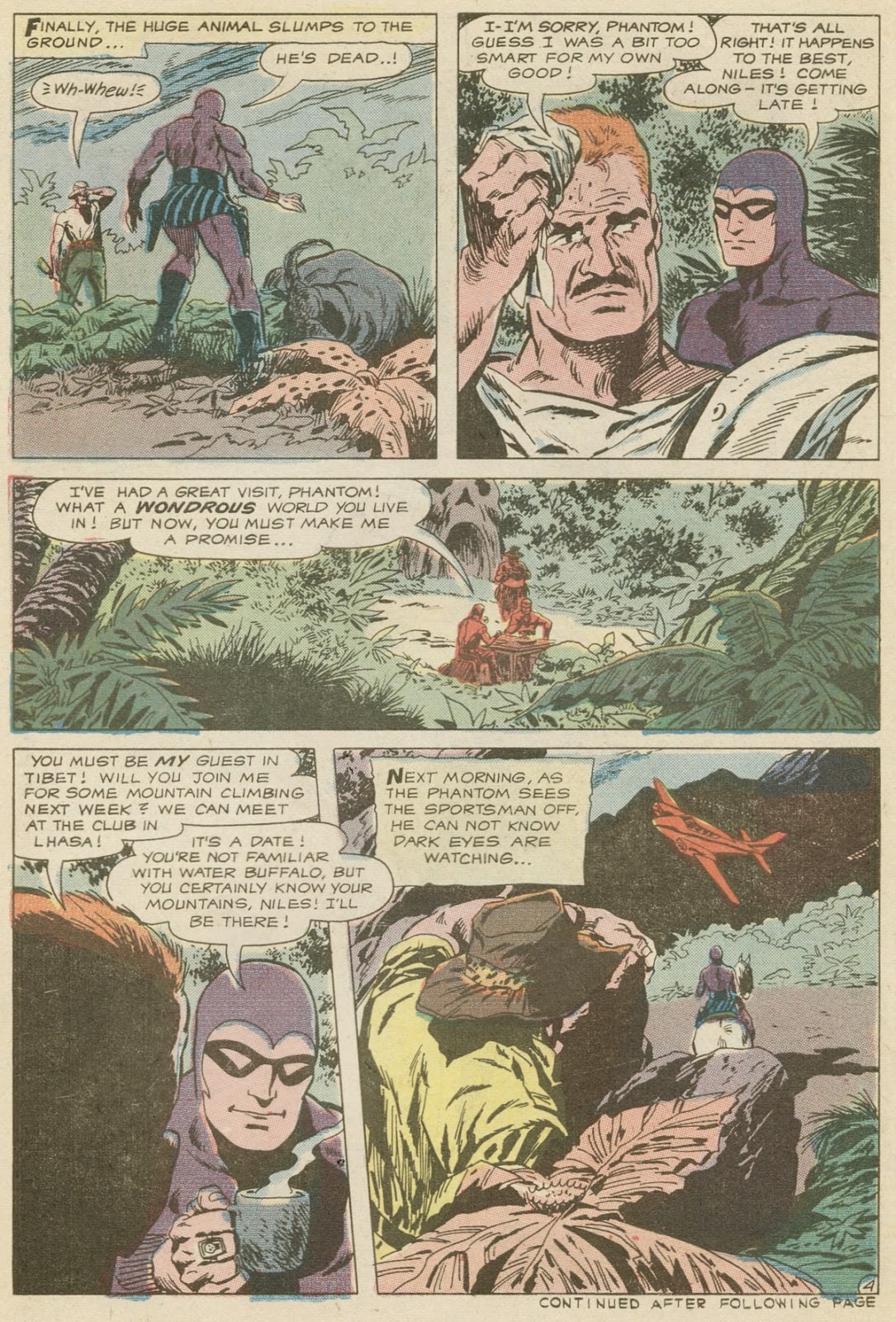 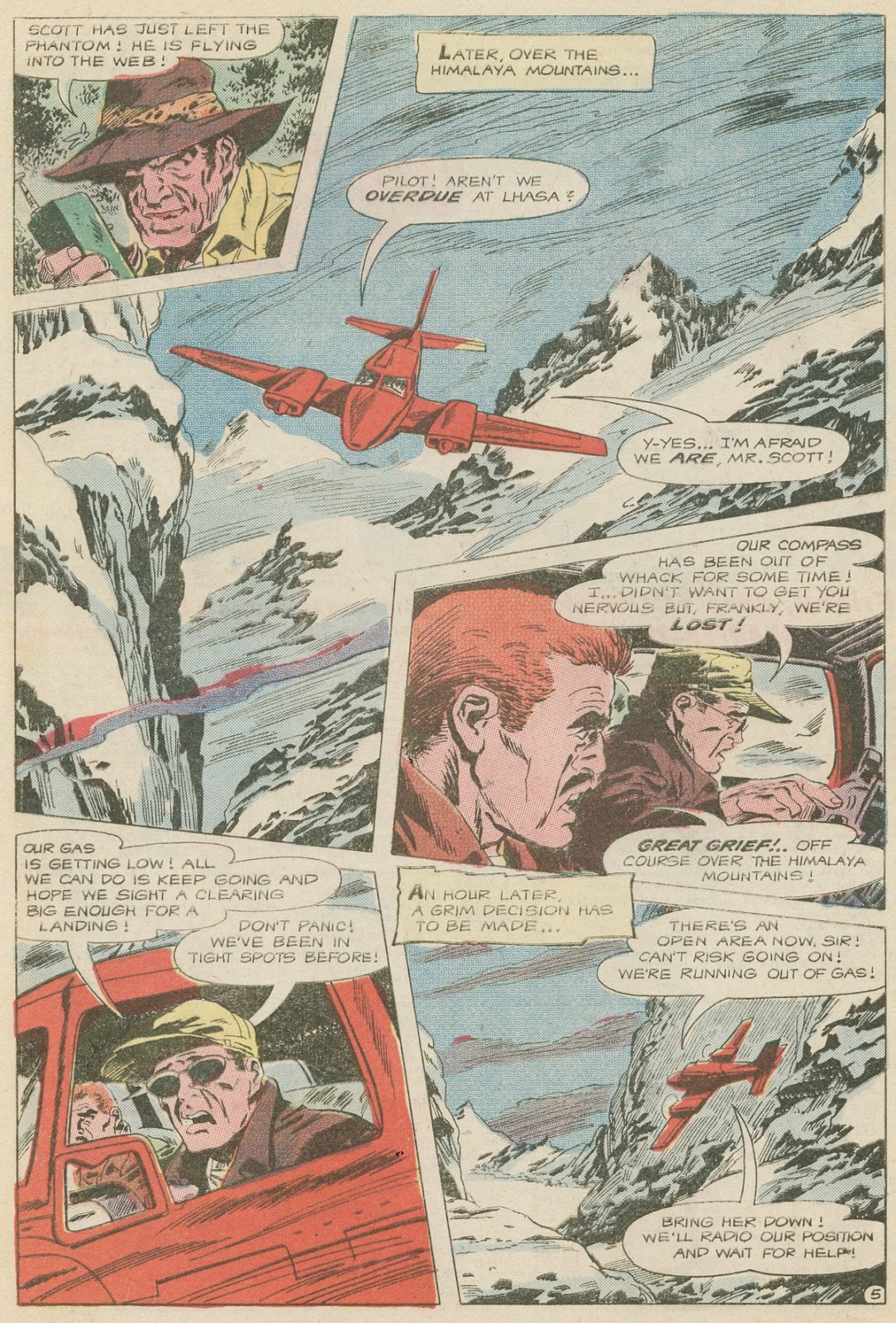 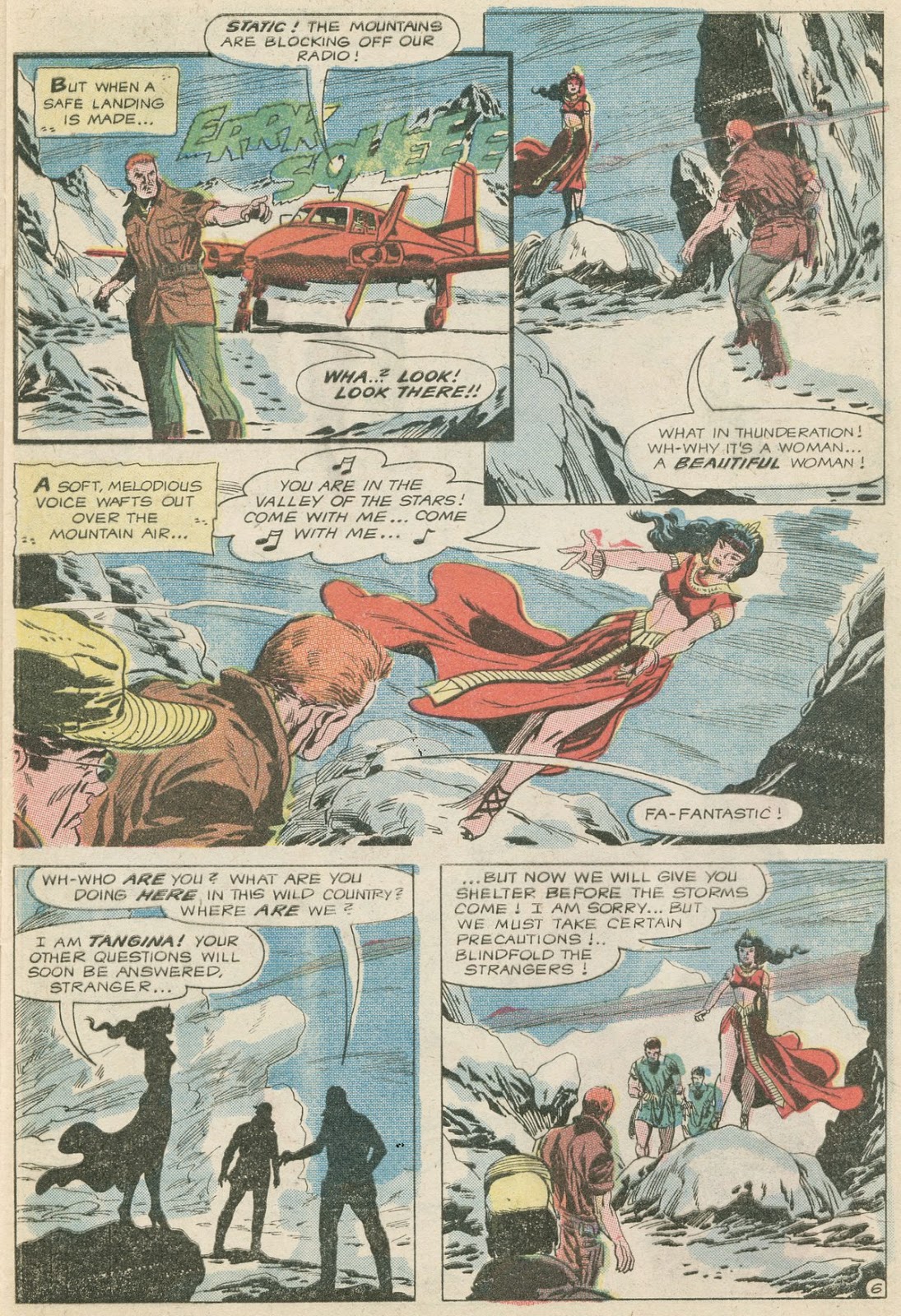 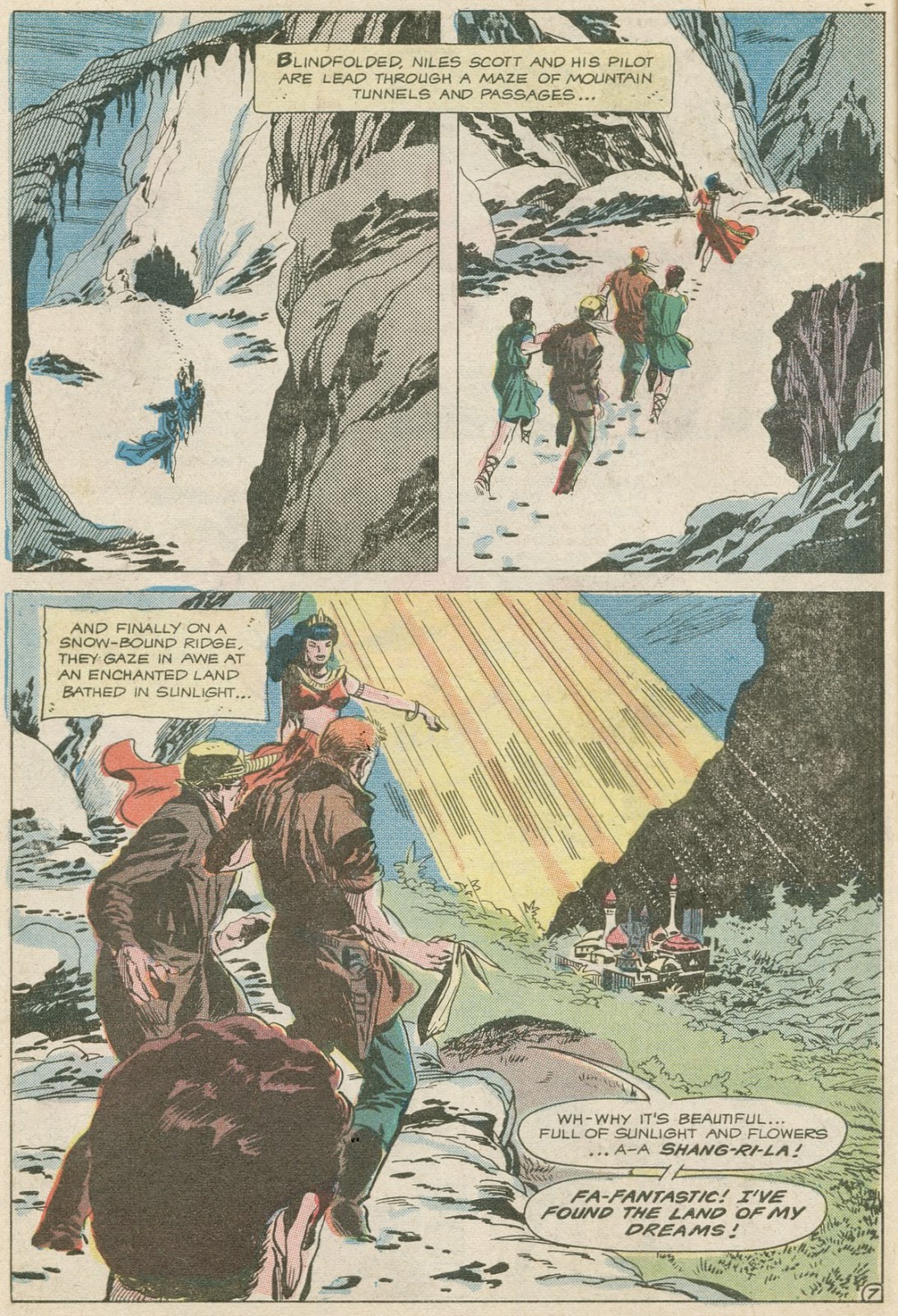 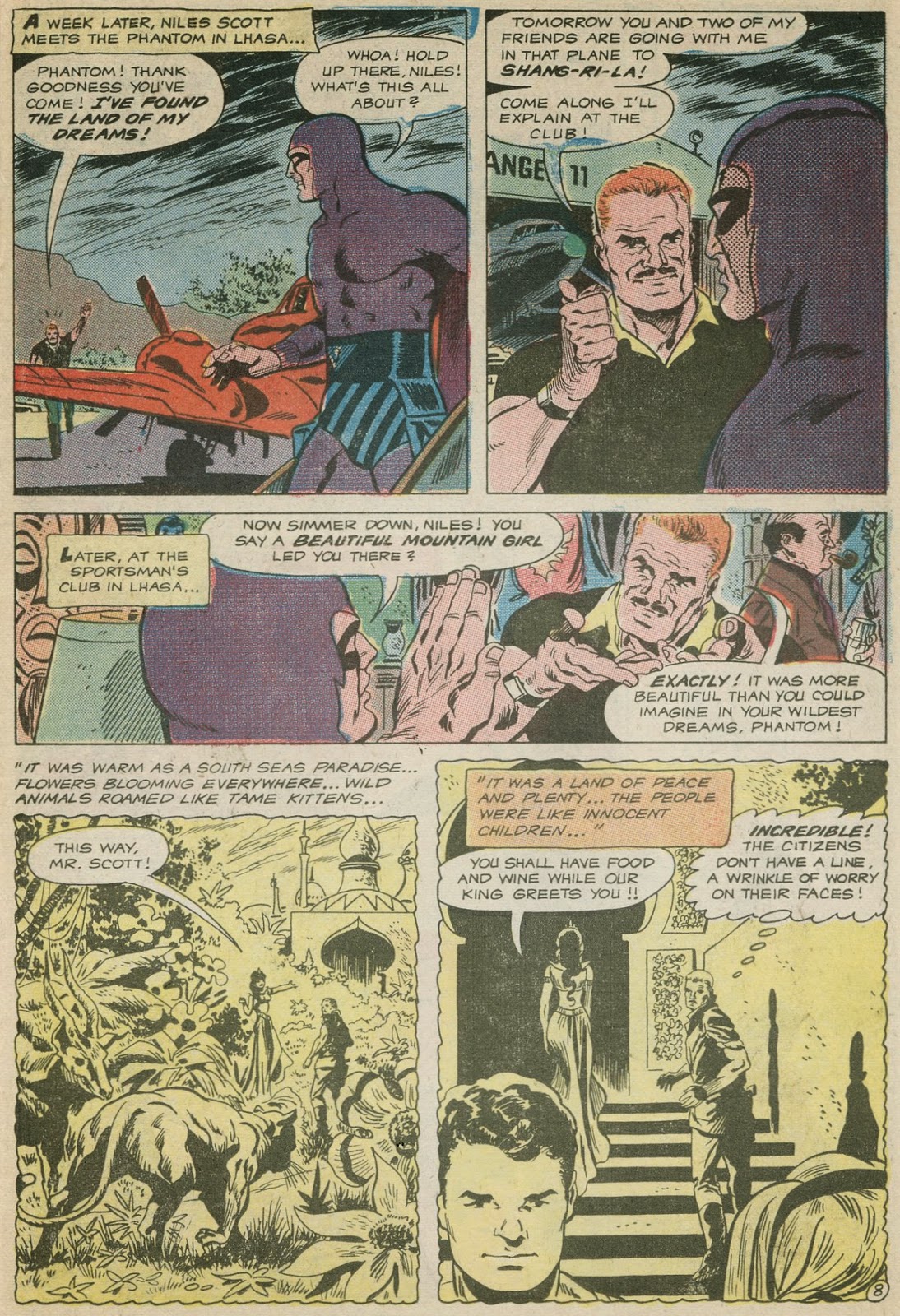 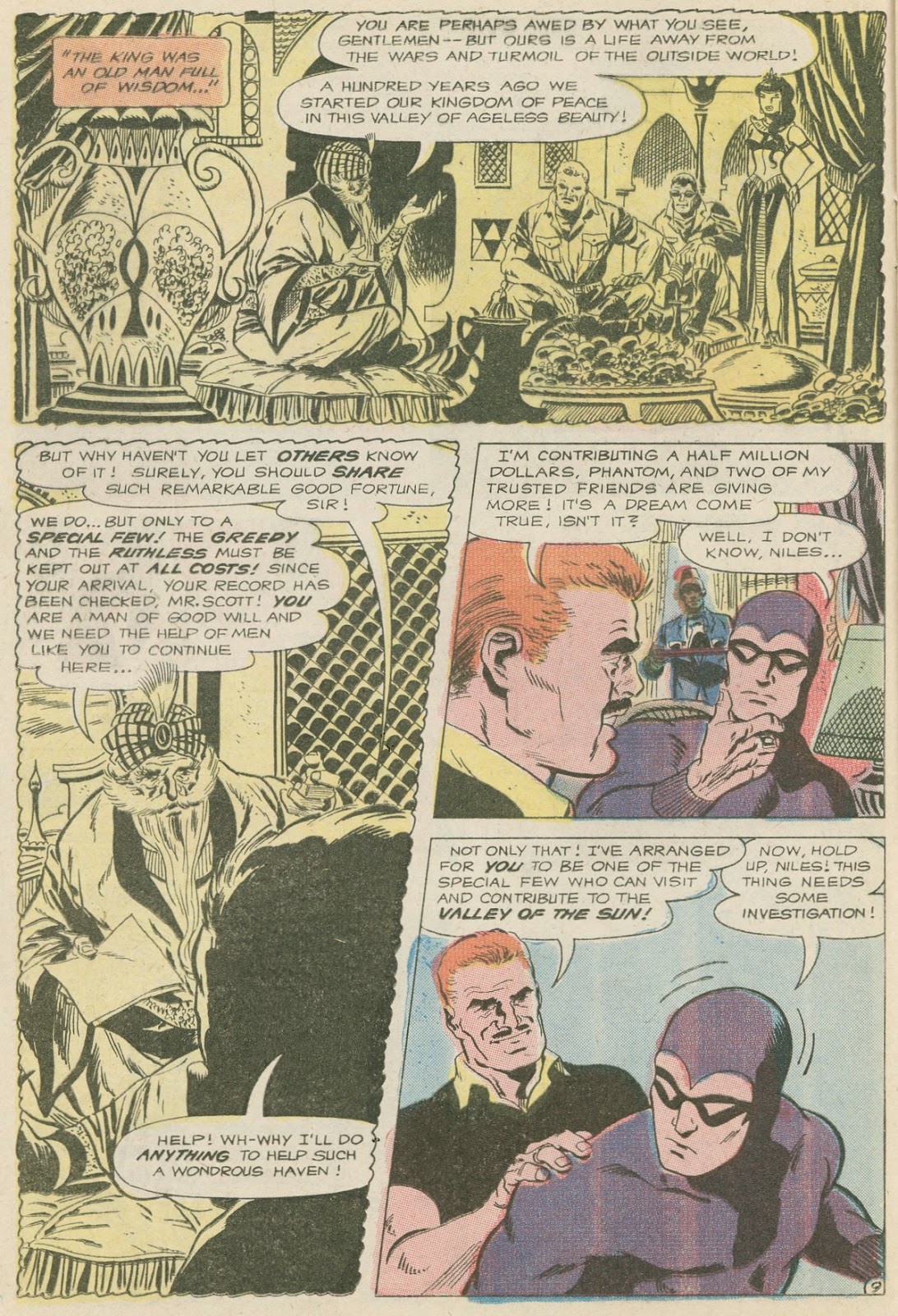 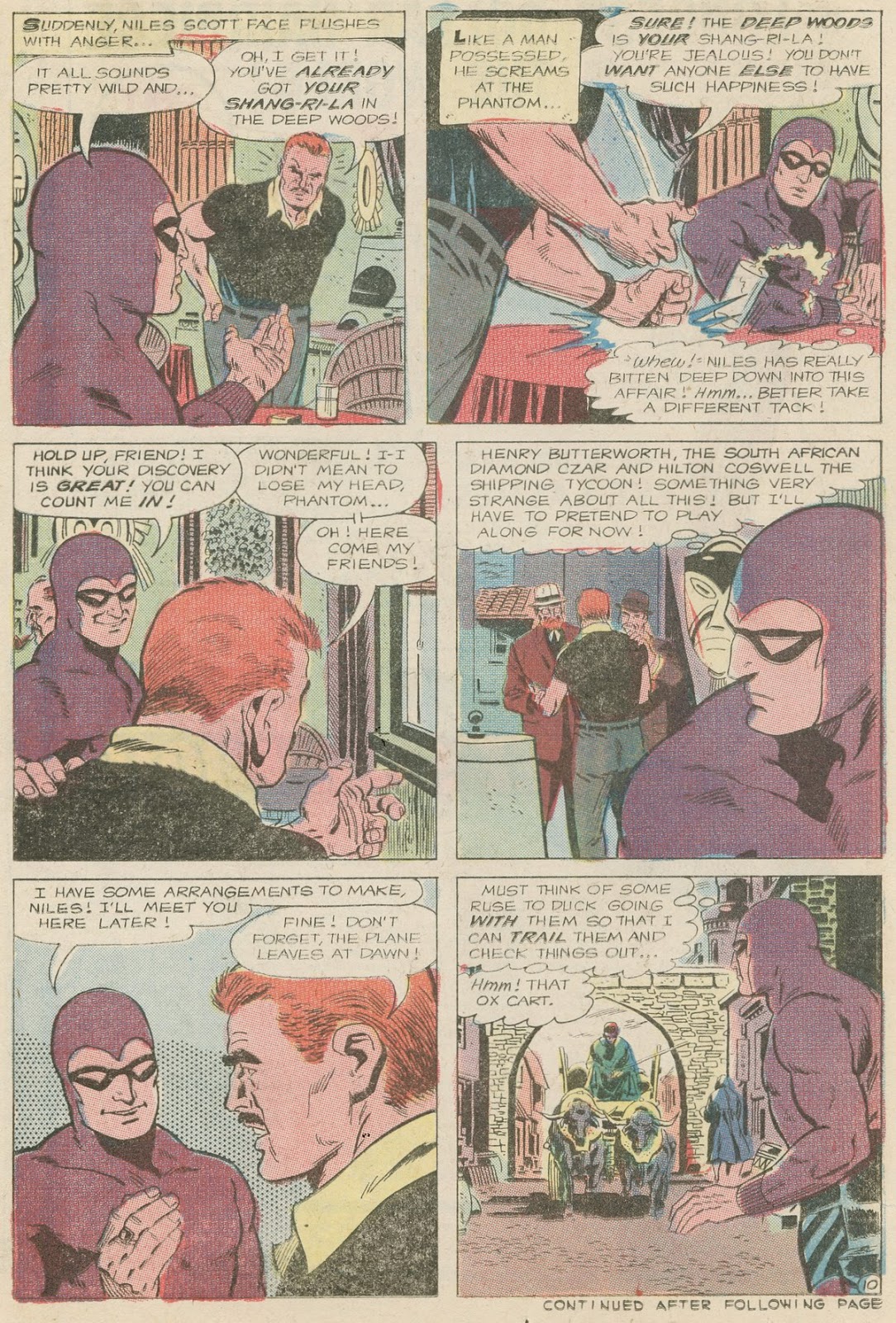 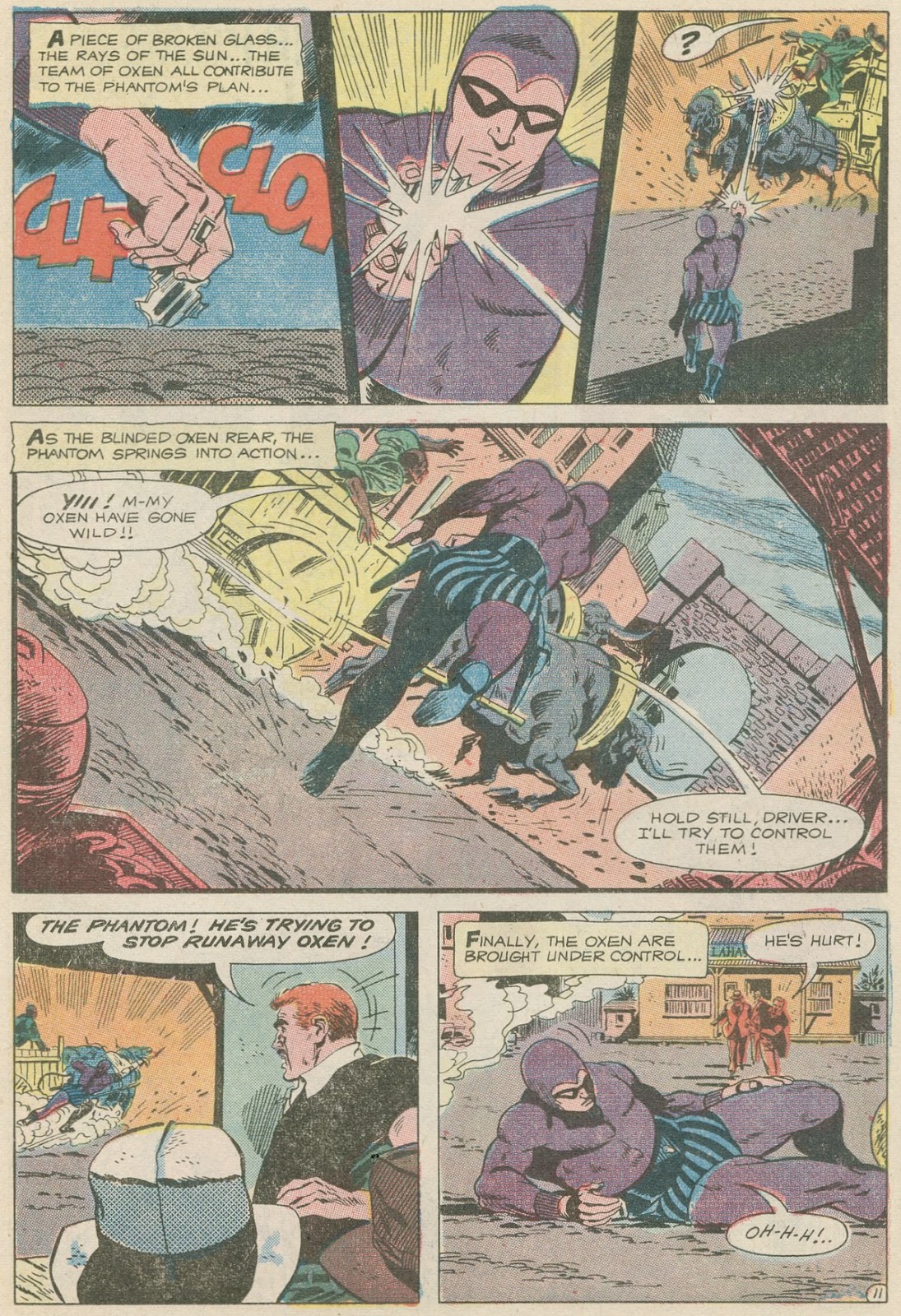 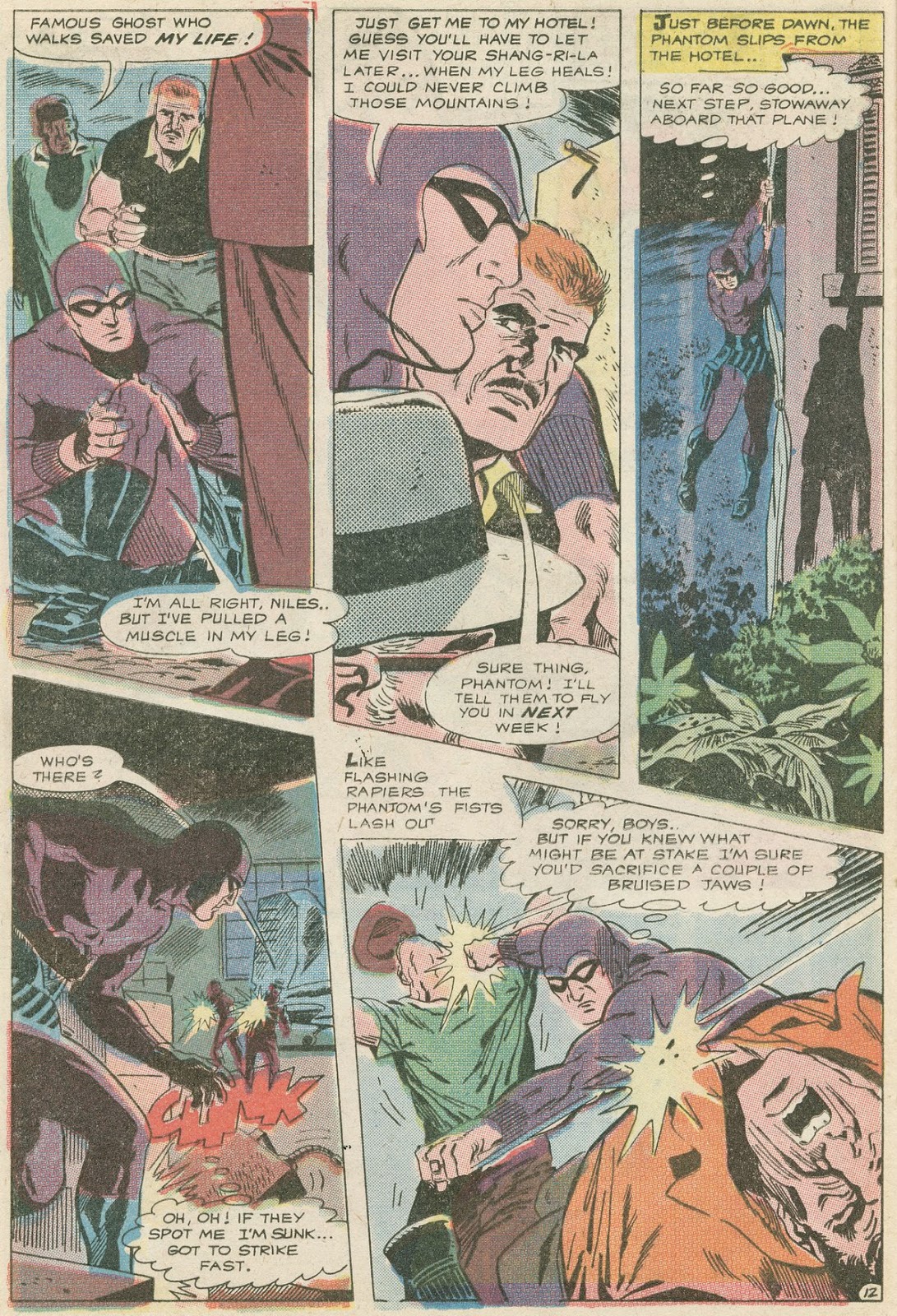 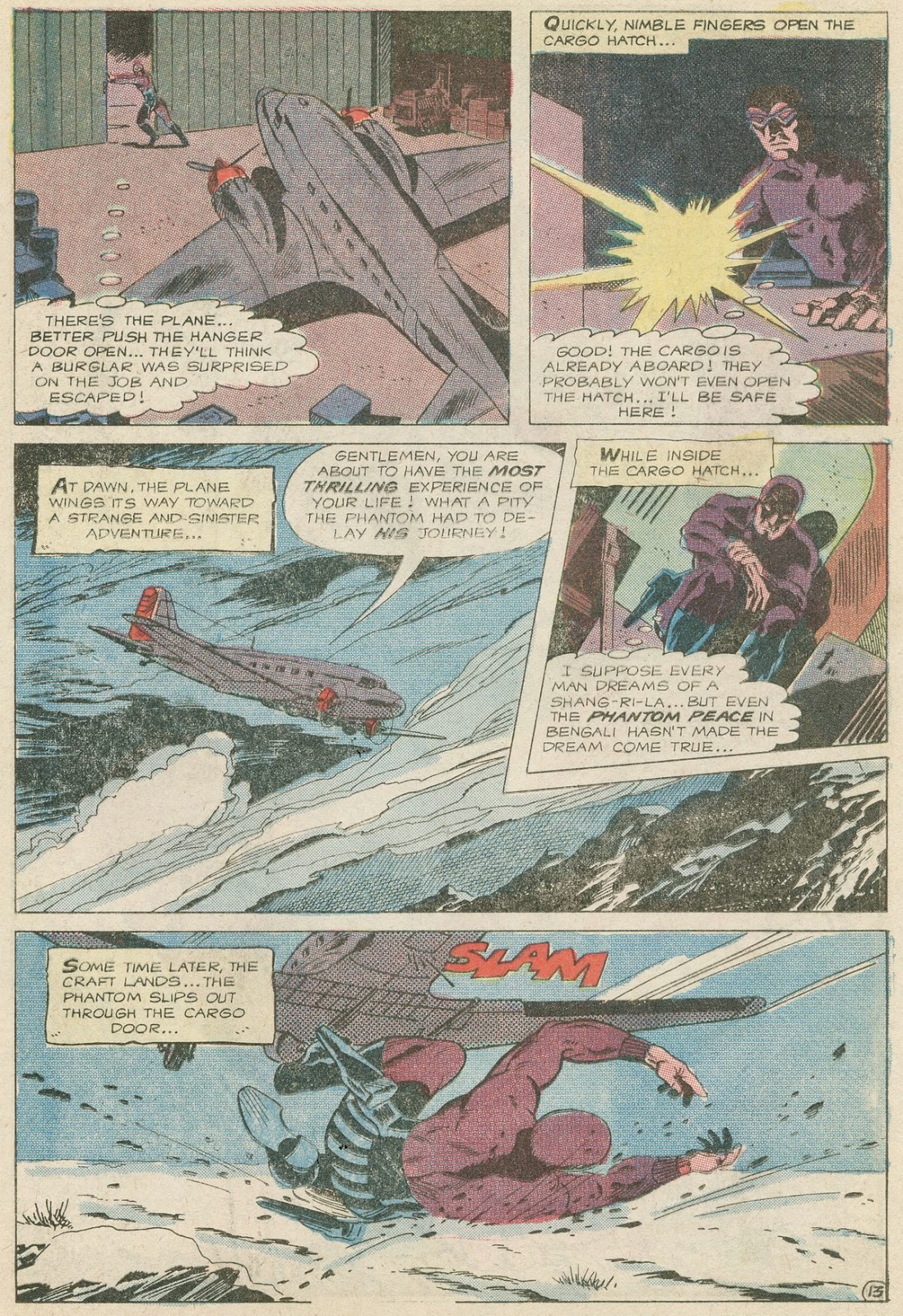 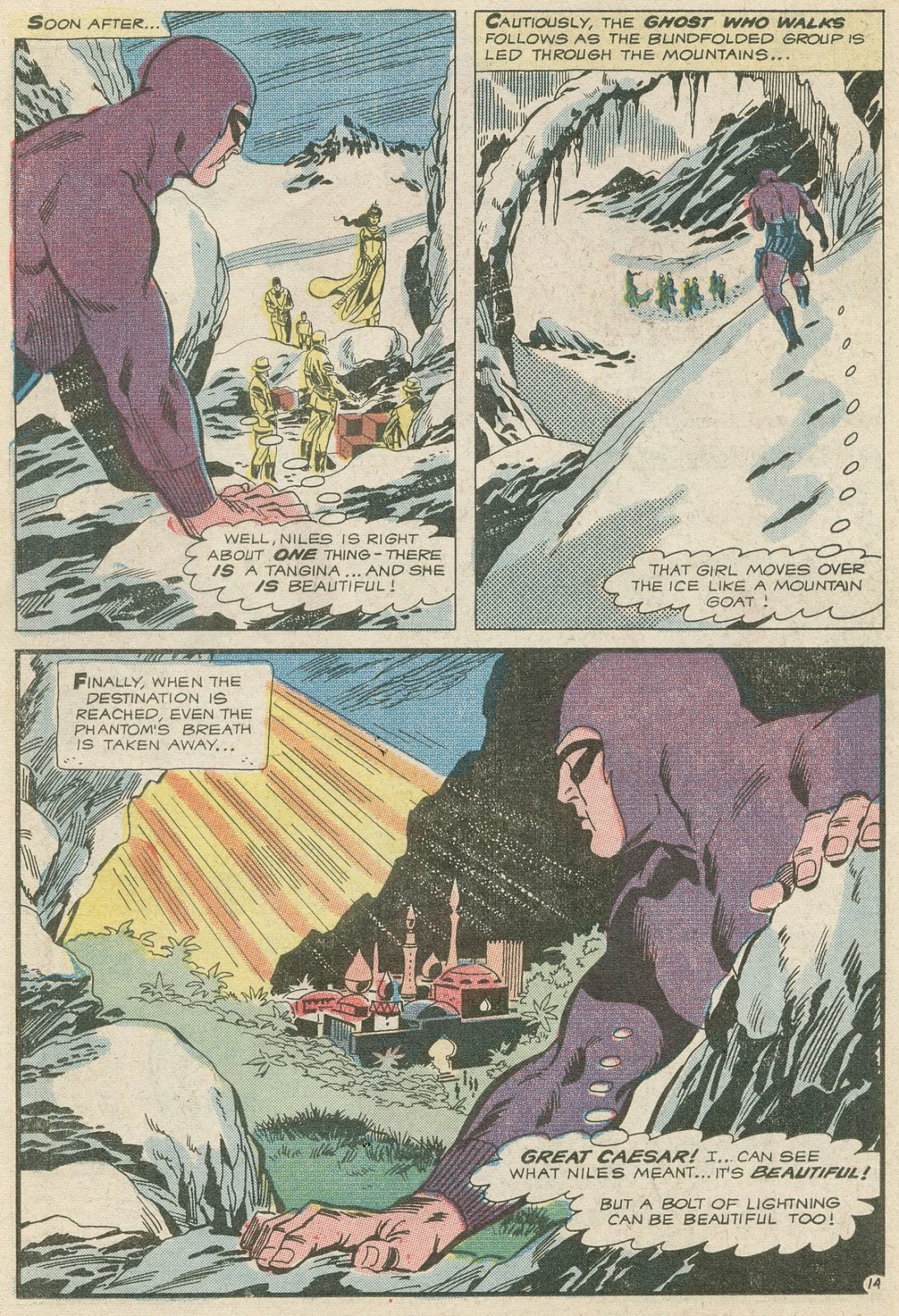 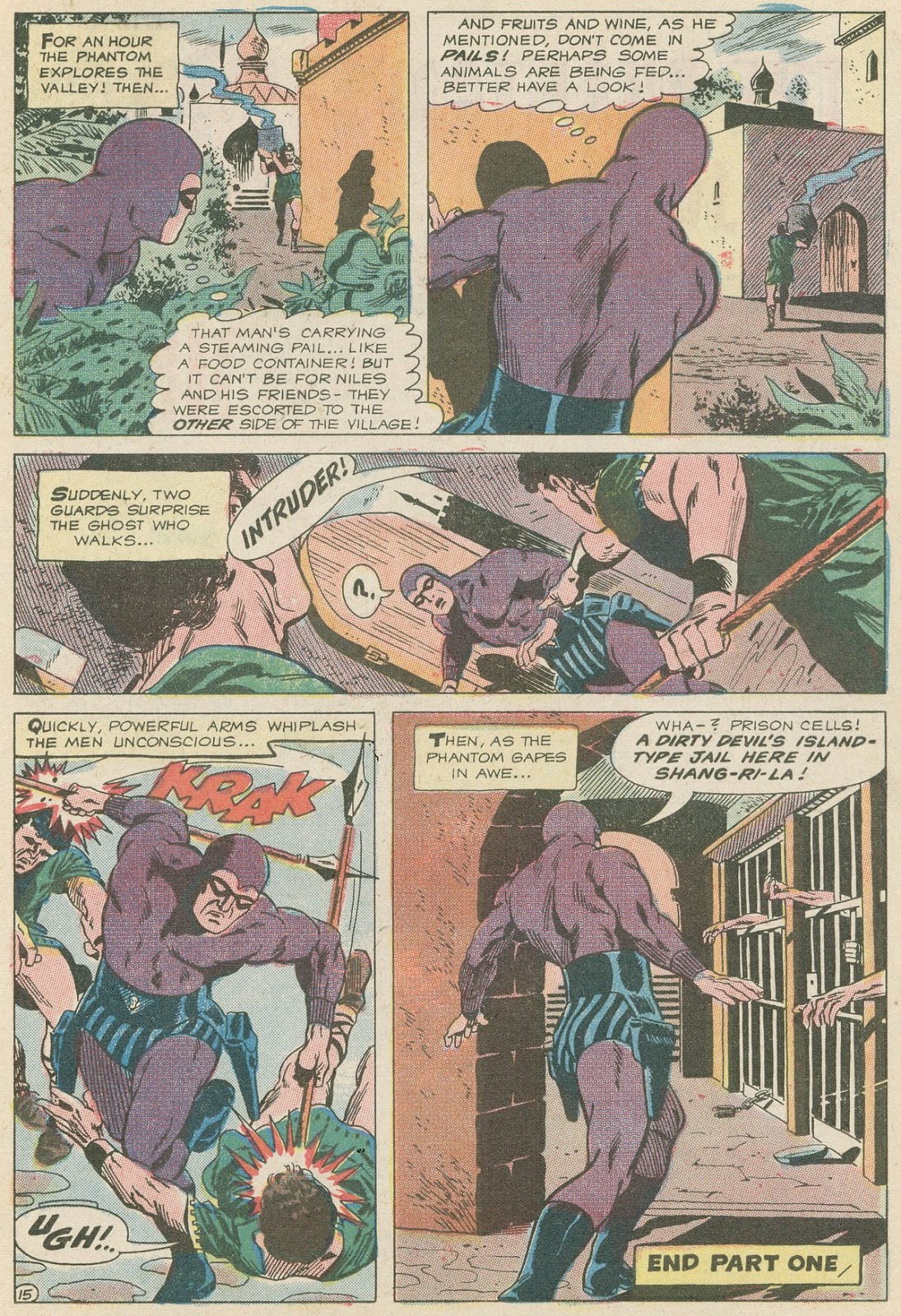 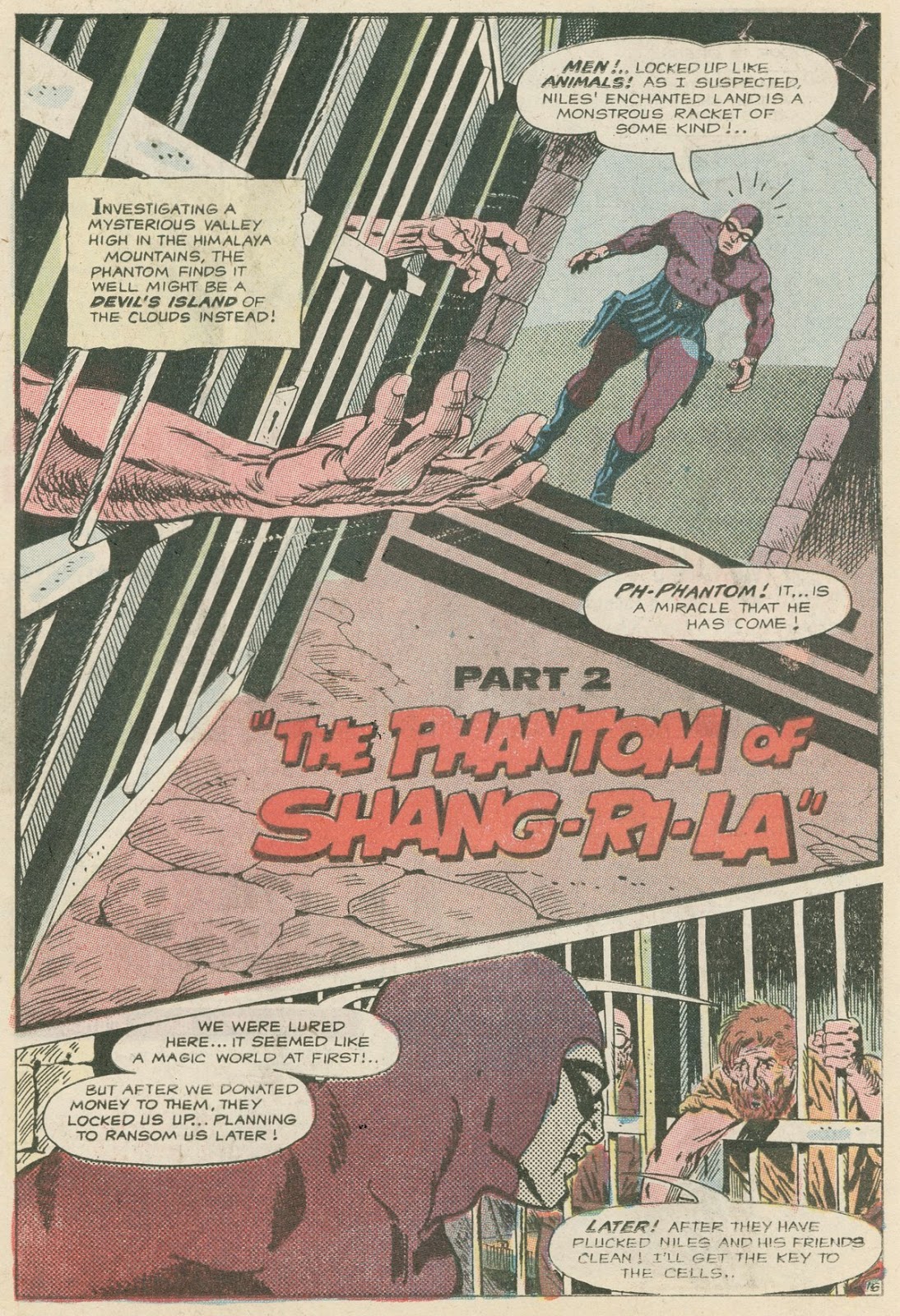 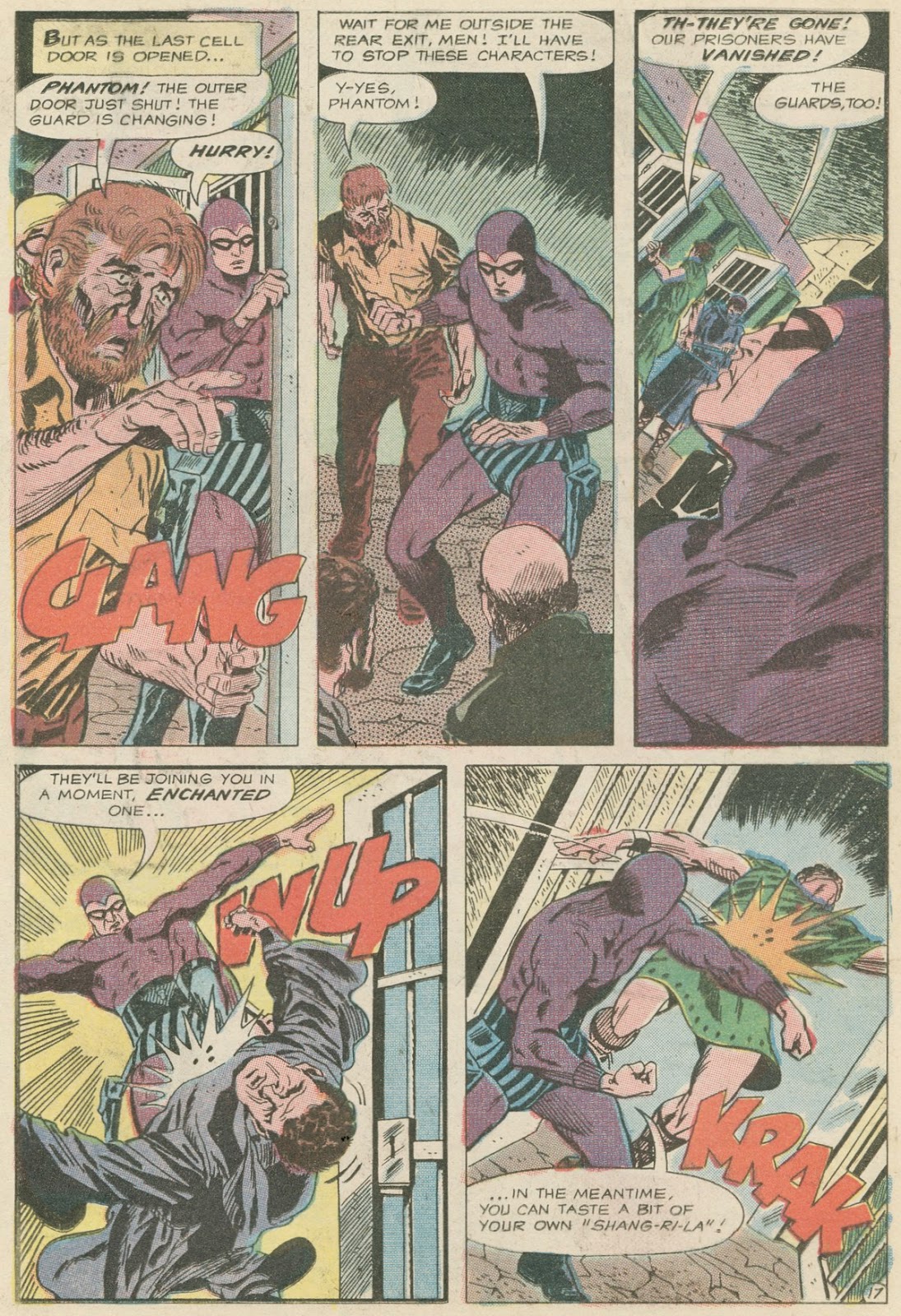 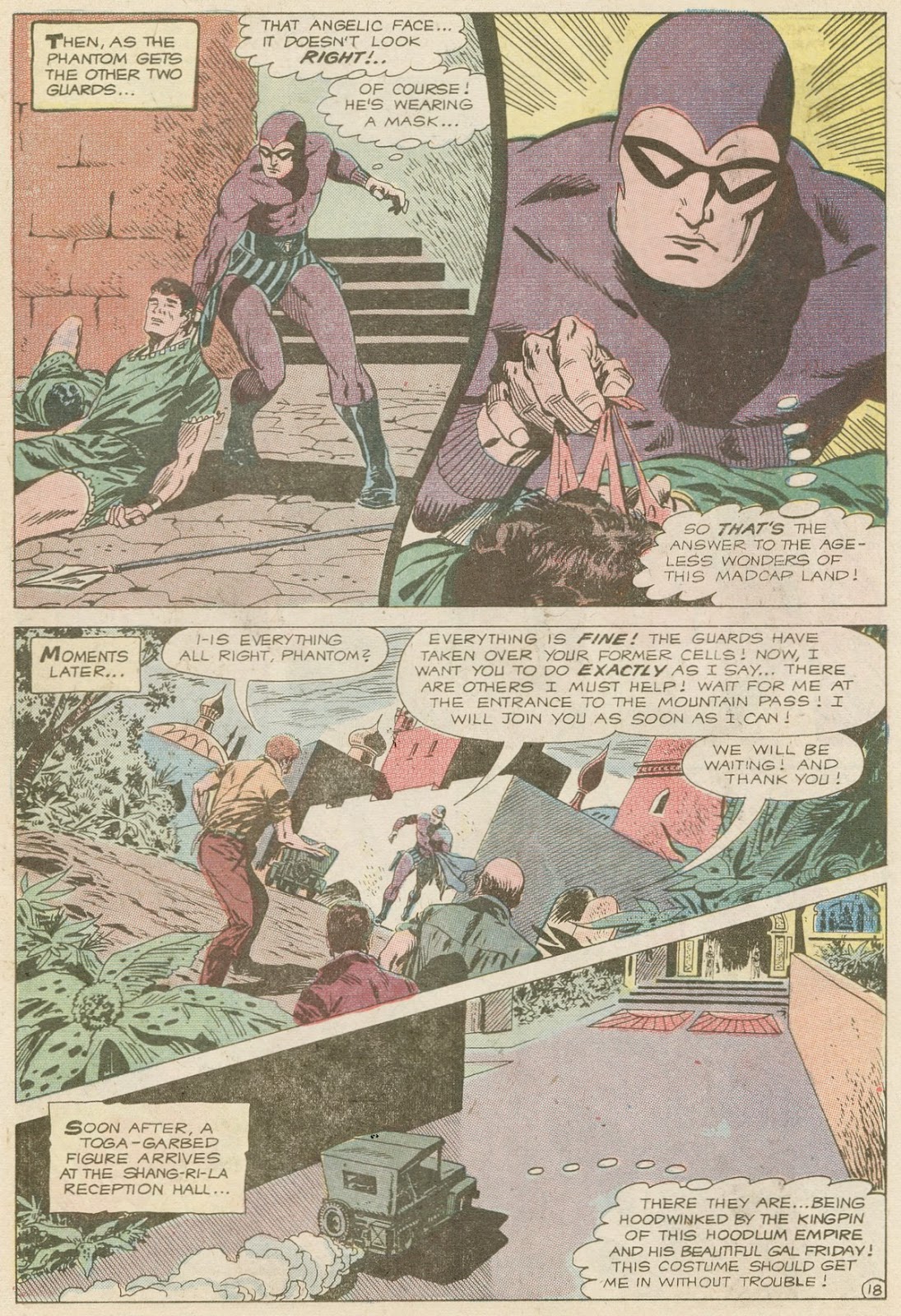 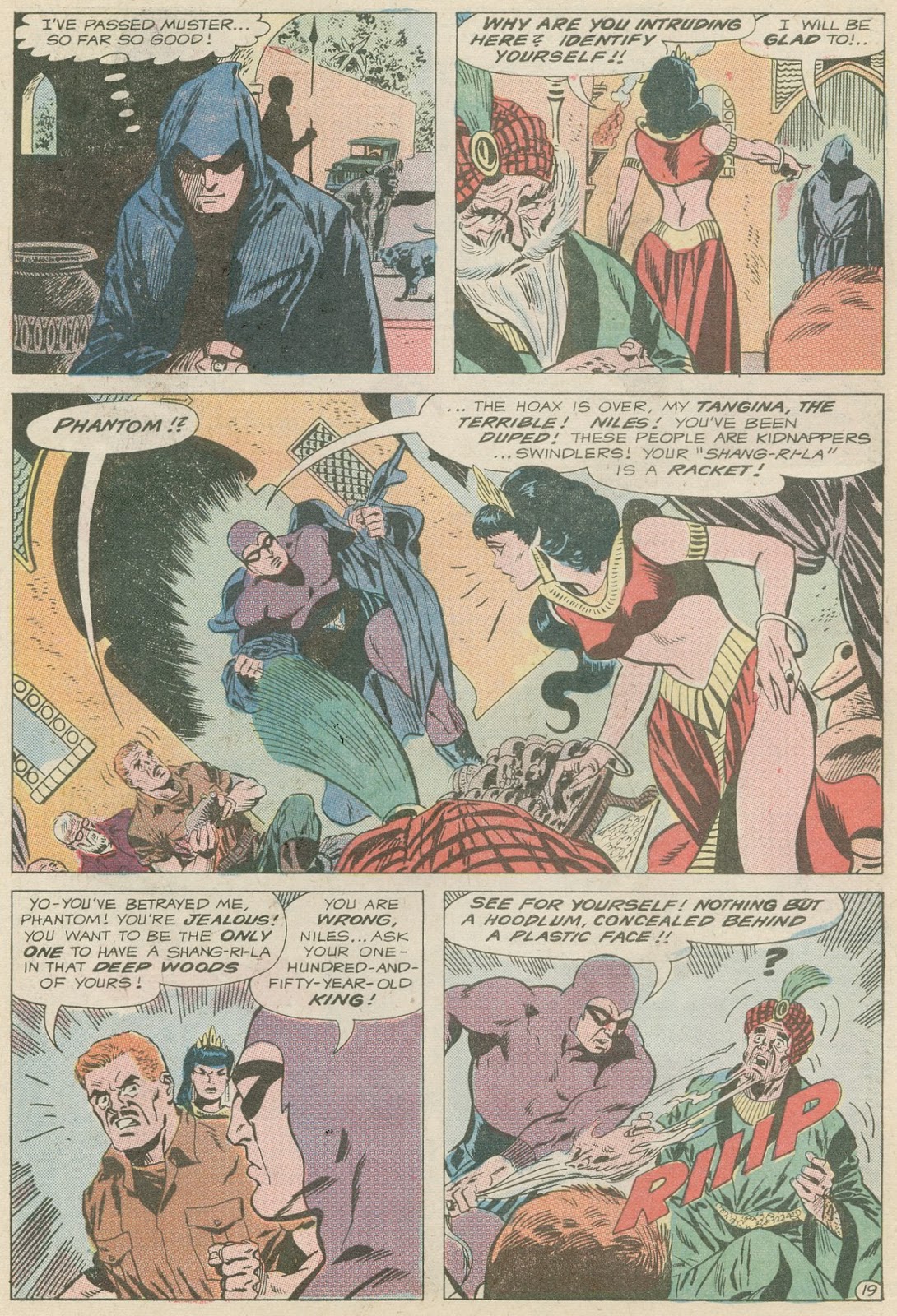 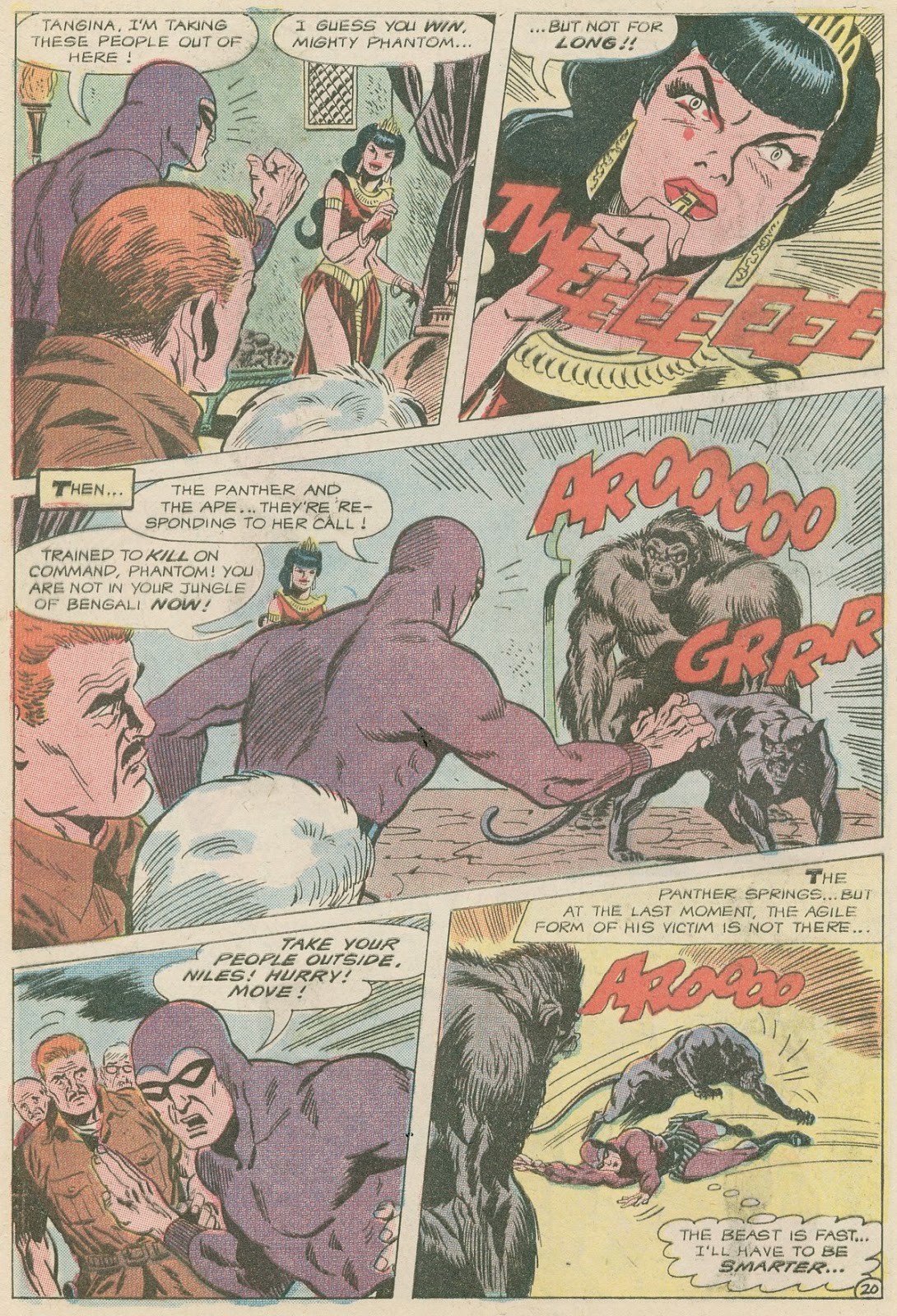 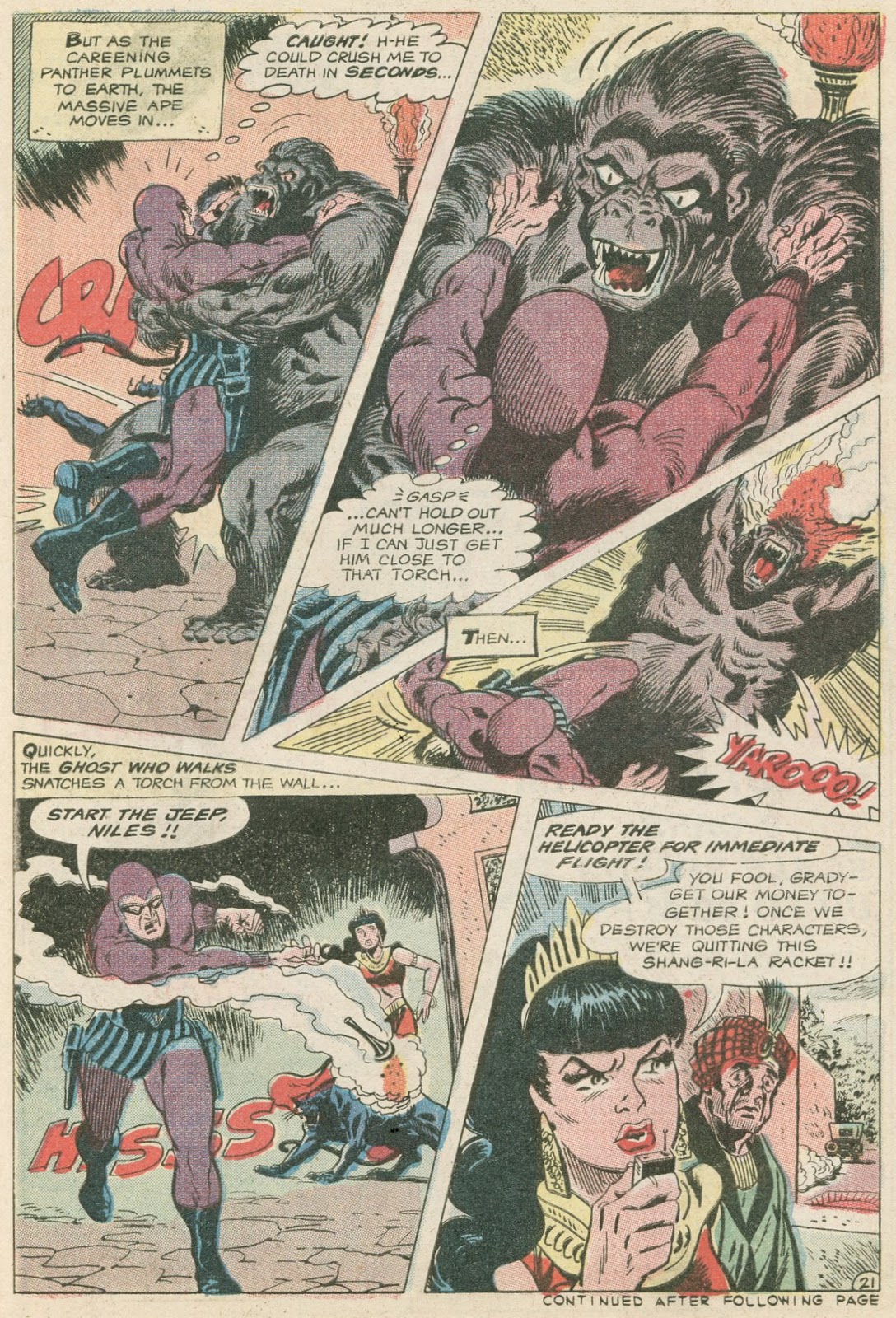 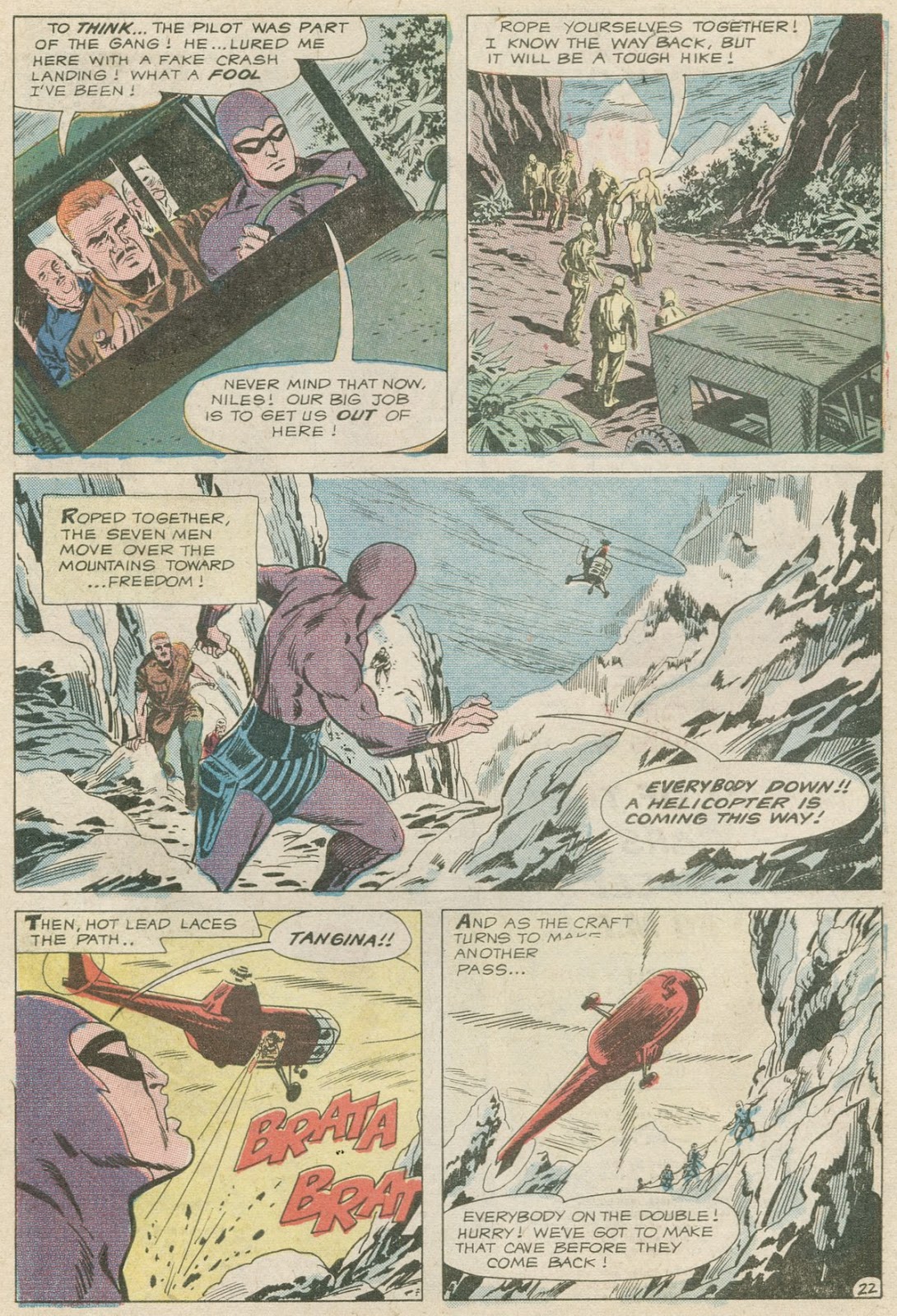 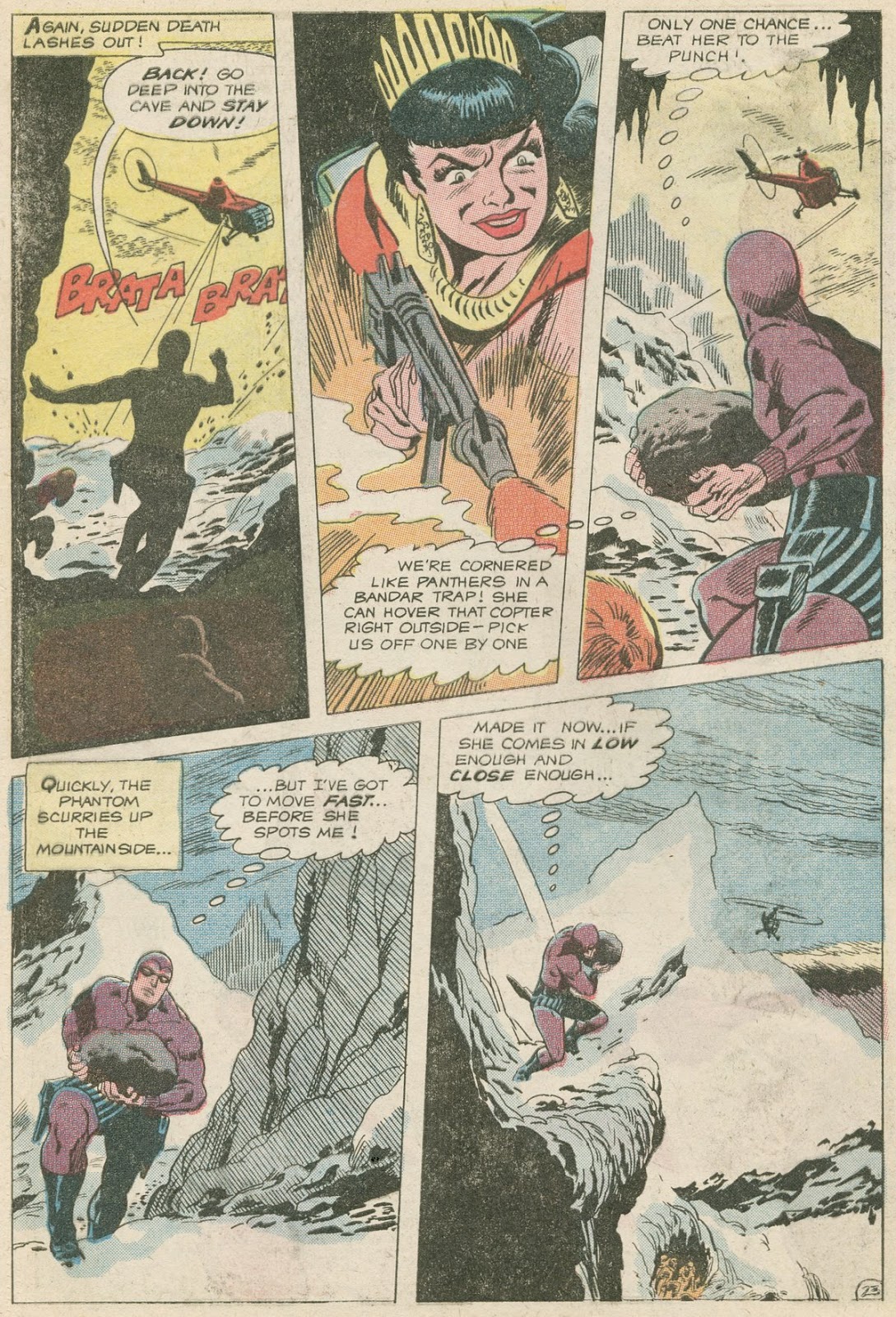 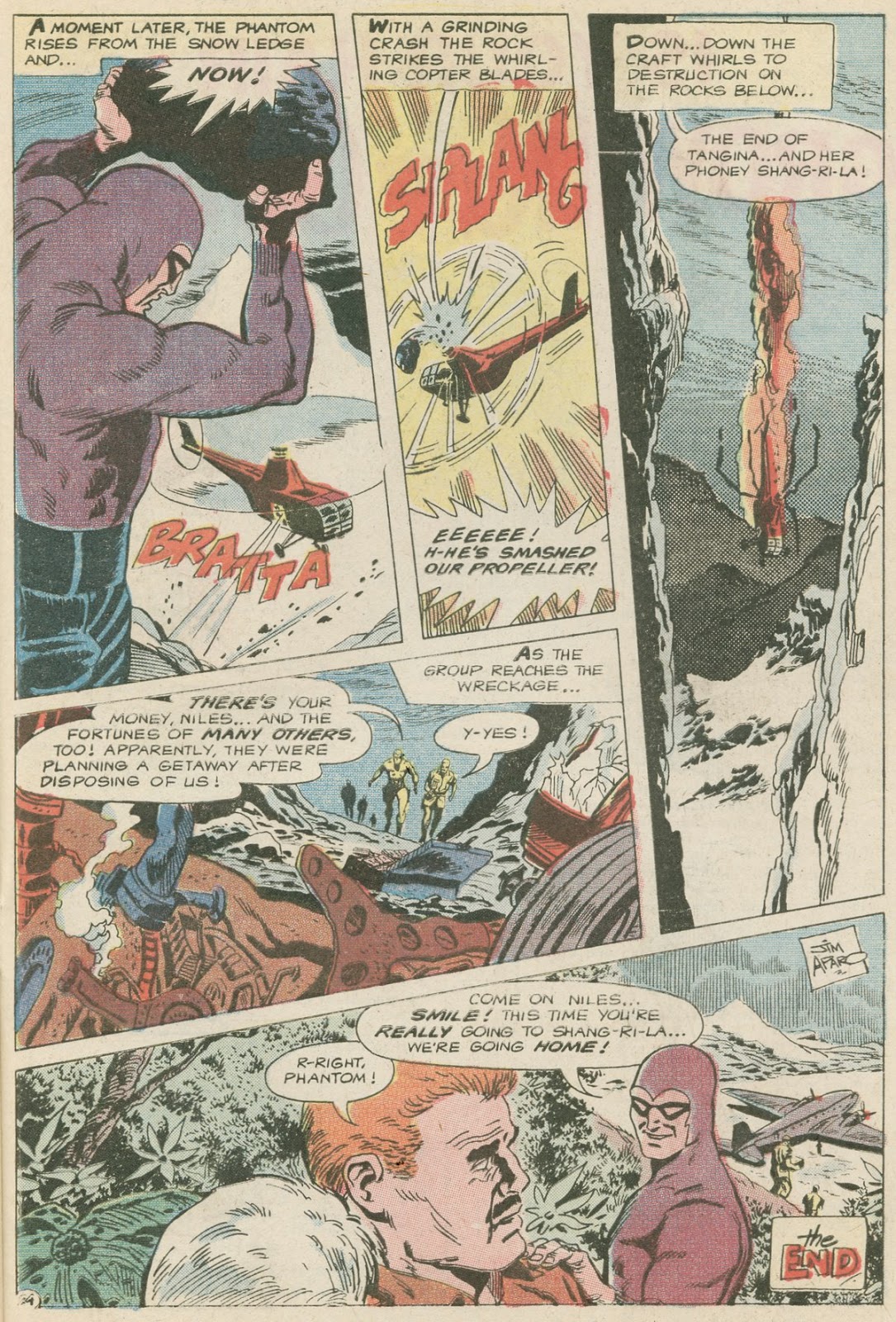