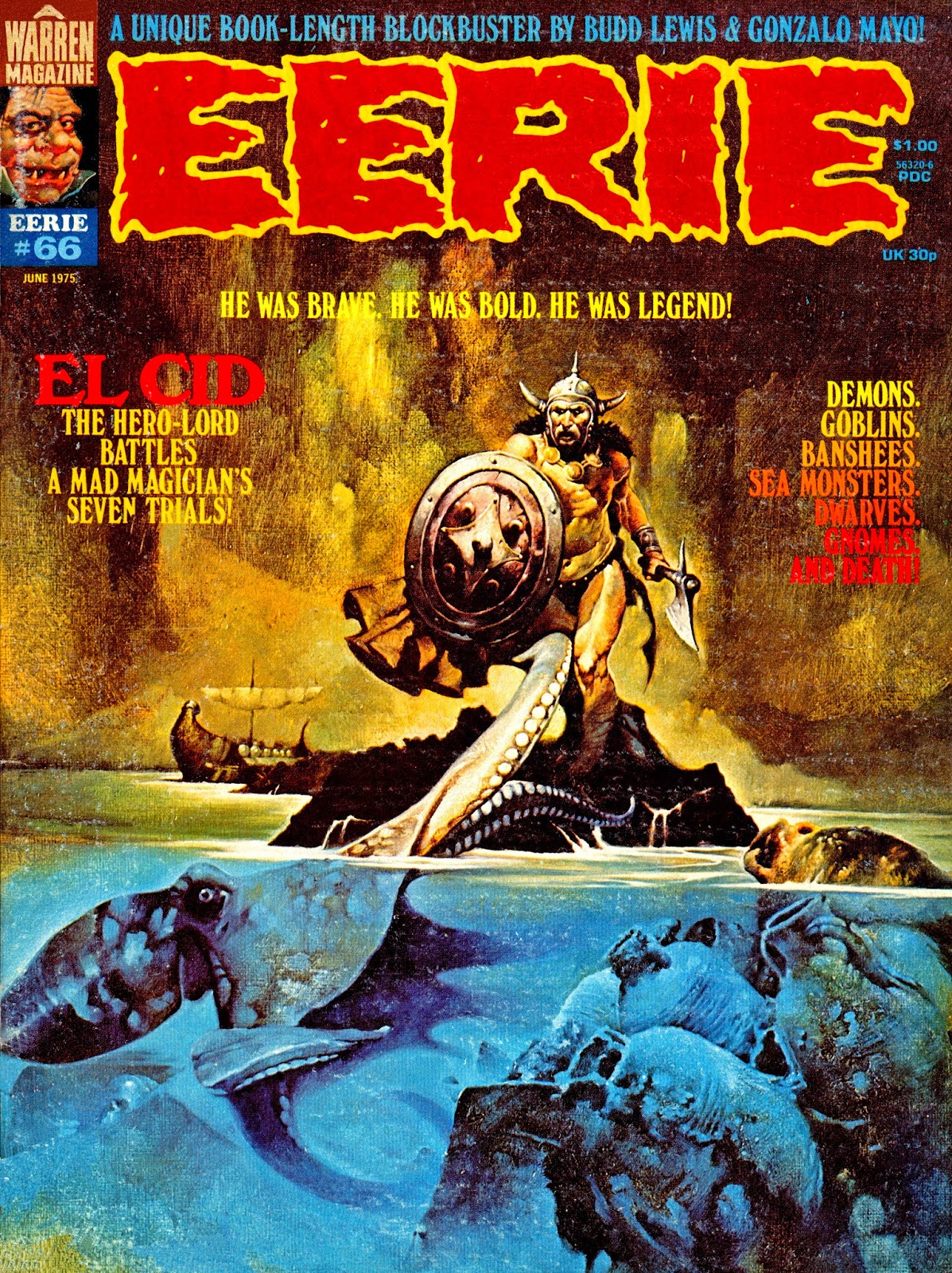 Warren magazines only ever came to our local newsagents' by an arcane distribution system that never made any kind of sense but basically went: The month you've spent all your cash on Marvel or DC, then a ton of Warren would appear.
Like Eerie #66, which everybody bought at least two copies of. It's a collection of strips about Spain's legendary hero El Cid, with art by Gonzalo Mayo and scripts from Jim Warren's protege Bill Dubay.

Mayo's artwork is genuinely incredible in this book; Hyper detailed and ornate to the point where you can spend up to 15 minutes looking at a panel, trying to figure out just what the hell it is you're looking at.
When people these days moan about how great Warren was in the beginning, and how the Spanish artists ruined the books, Gonzalo Mayo is exactly the kind of thing they're talking about.

But what those people forget is that, as wonderful as those early EC-like Archie Goodwin issues are ( and they are ), we were too late for that. That wasn't OUR Warren. Our Warren was Alex Nino and Jose Ortiz and Esteban Maroto and Jose Bea and Leo Duranona. And Gonzalo Mayo.
I'll be the first to admit that Mayo's anatomy and human expression is a bit off at this point in his career. I don't really care though, I'm getting something better. In a similar but completely stylistically different way to Druillet or Nino, I'm entering a whole other universe. I'm in Mayo's mind.

And something else: El Cid genuinely makes me feel slightly queasy whenever I look at it. Artwork that elicits a physical reaction in the reader? Hell yeah. Here's a selection from the book. 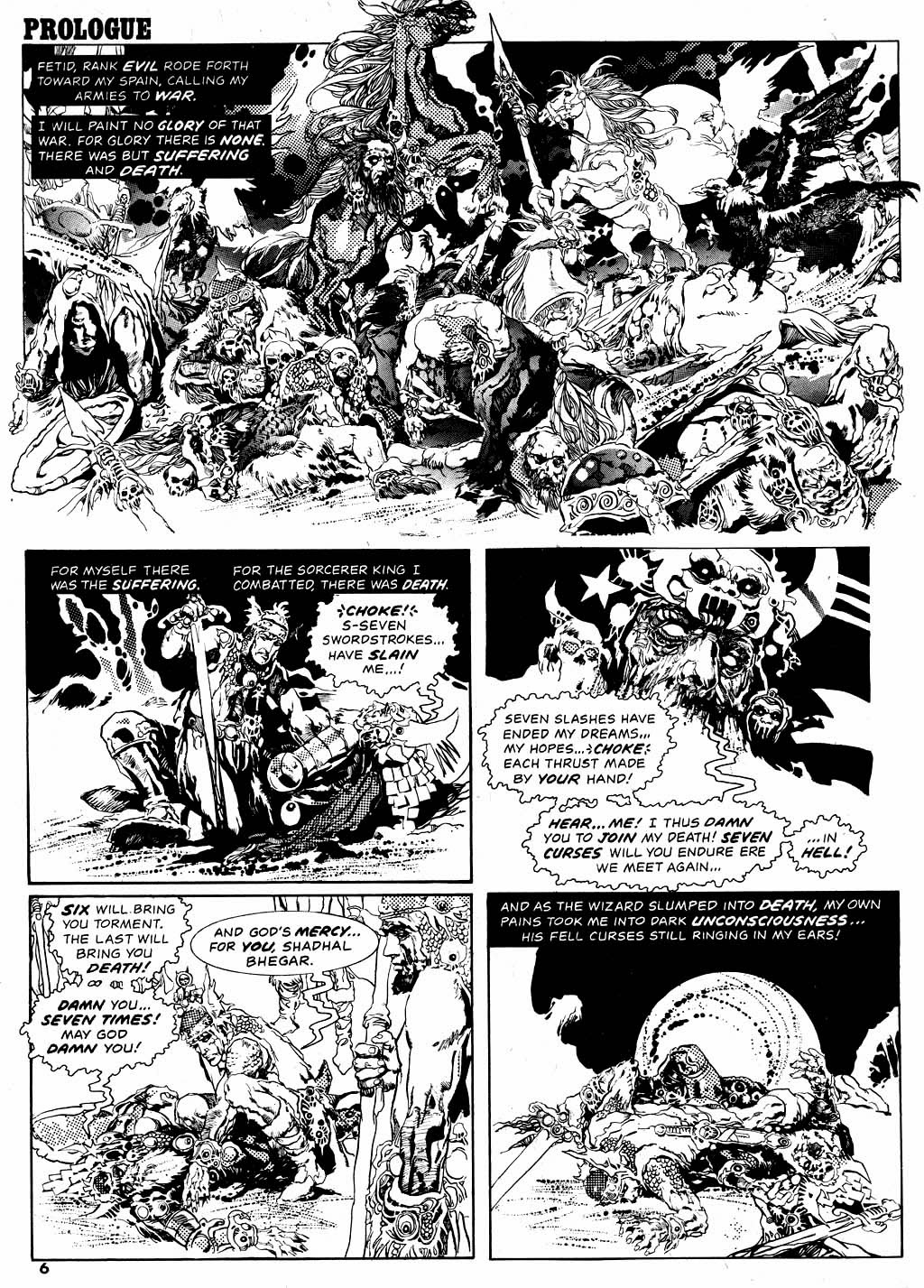 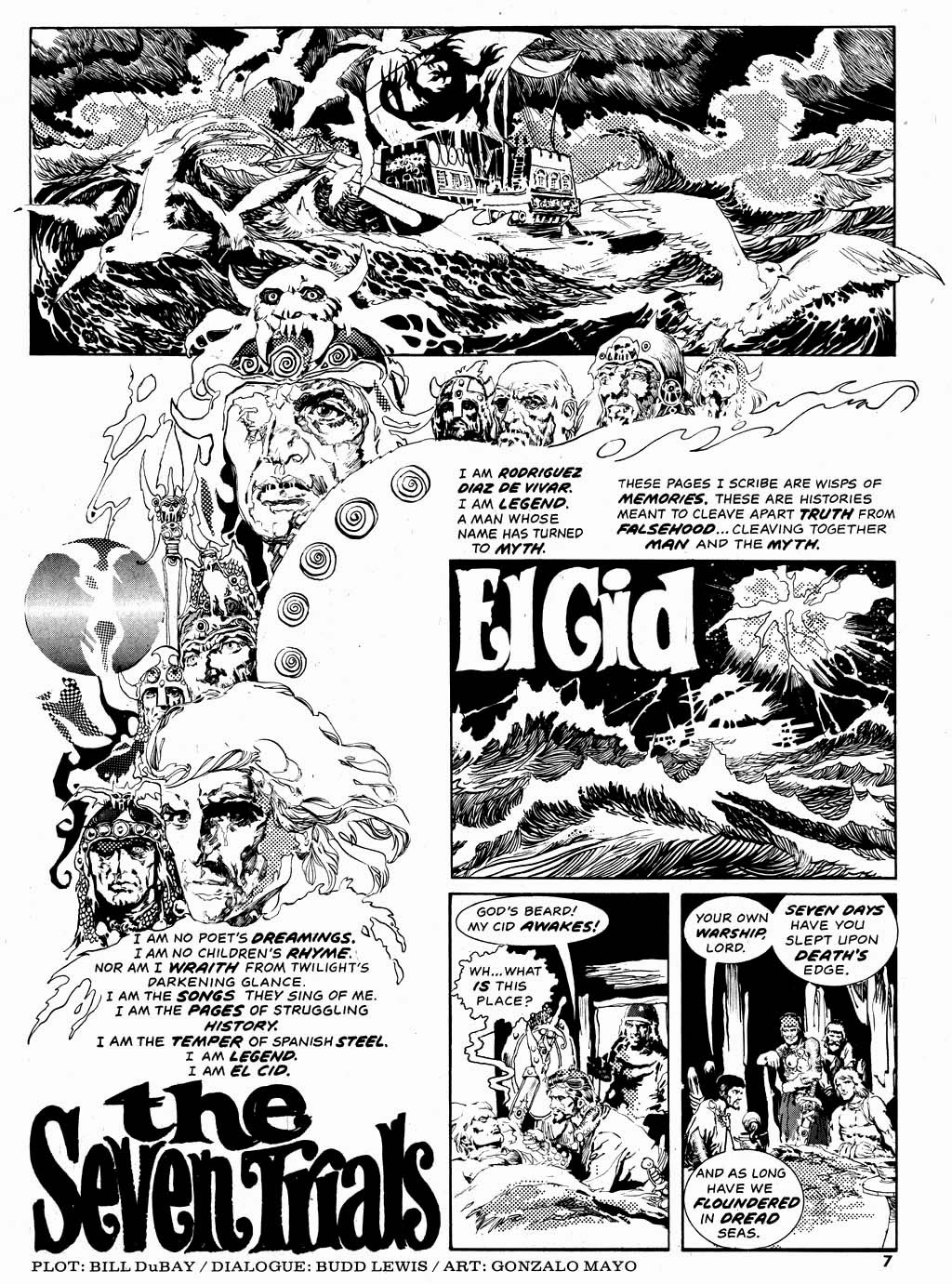 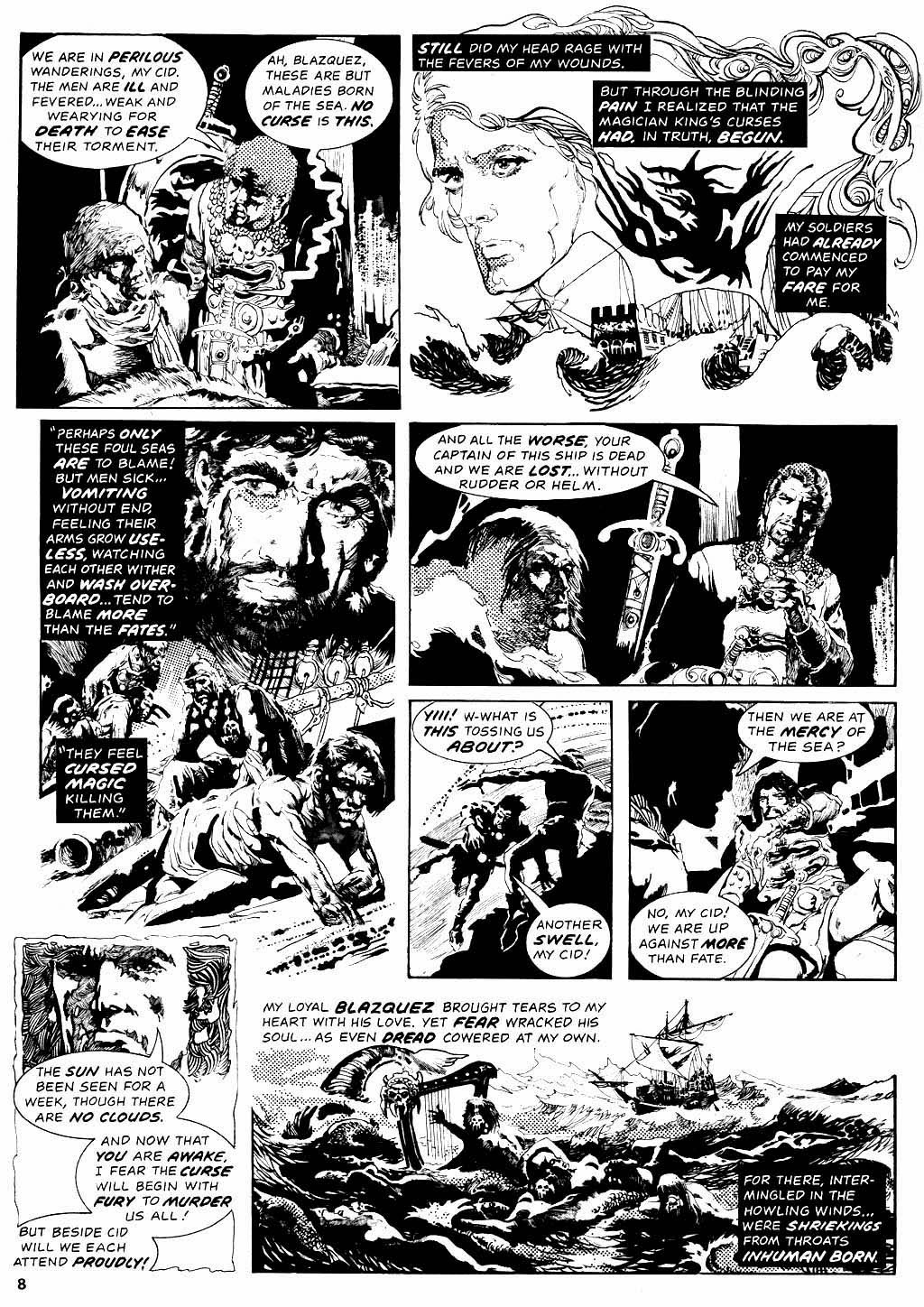 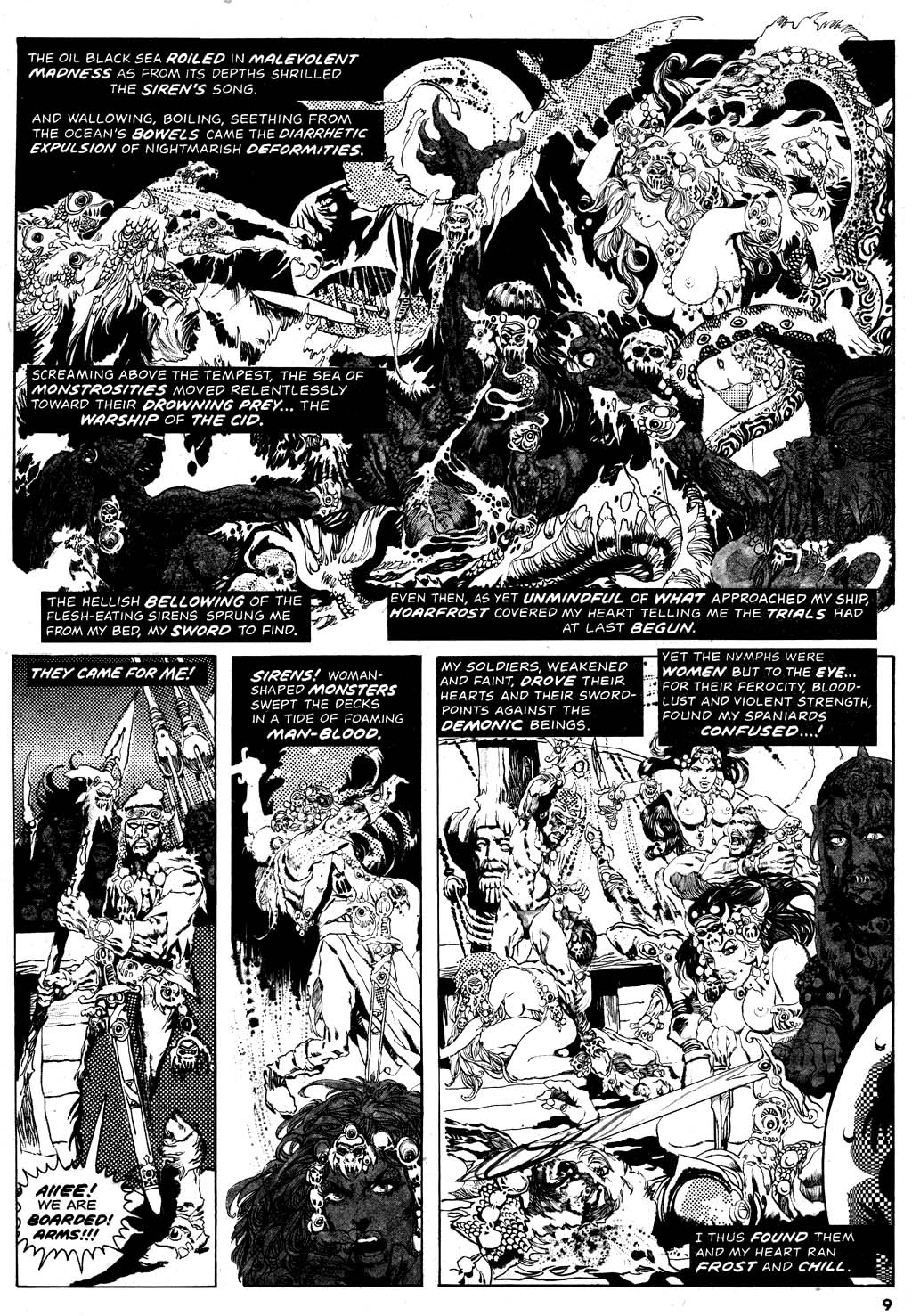 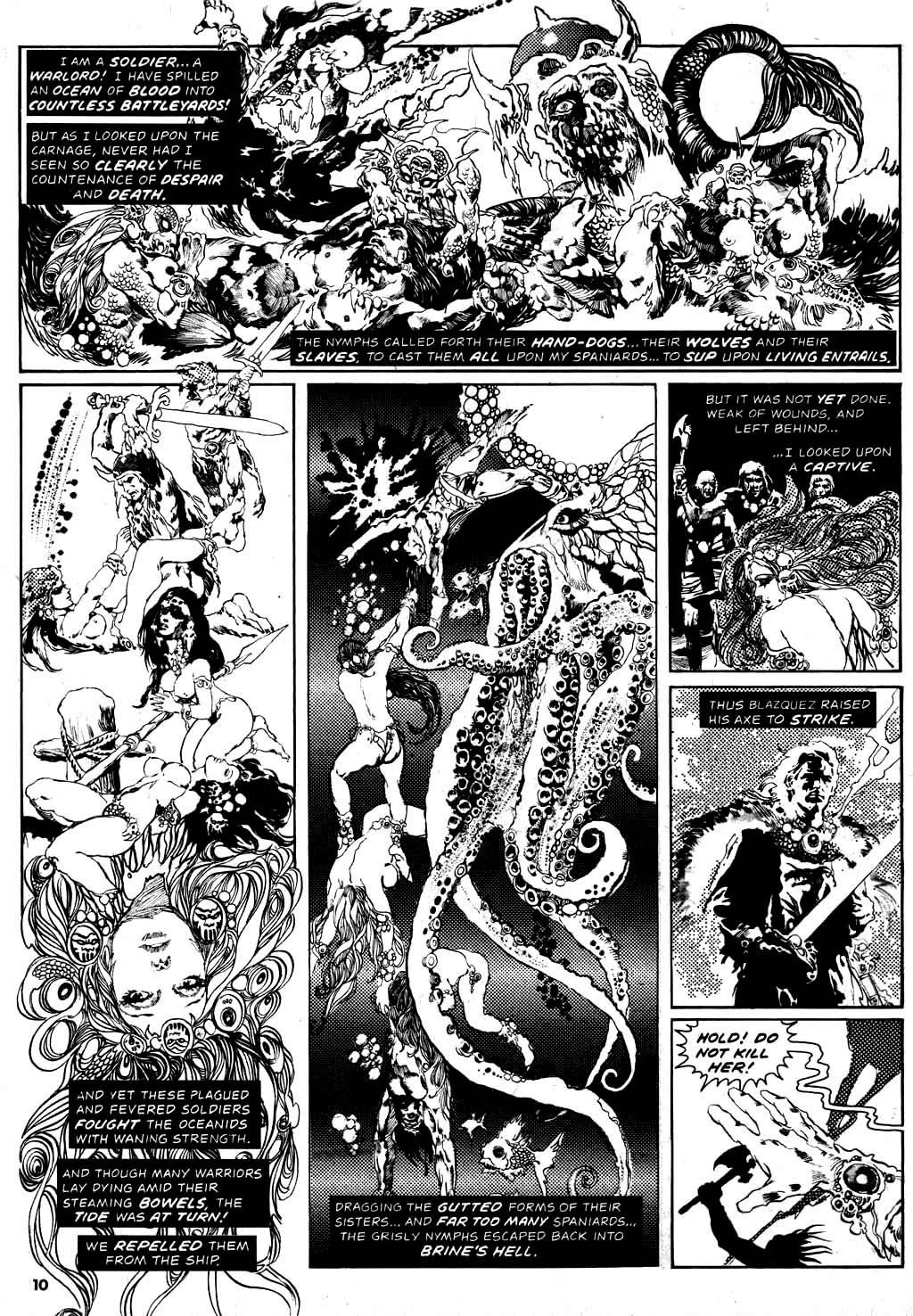 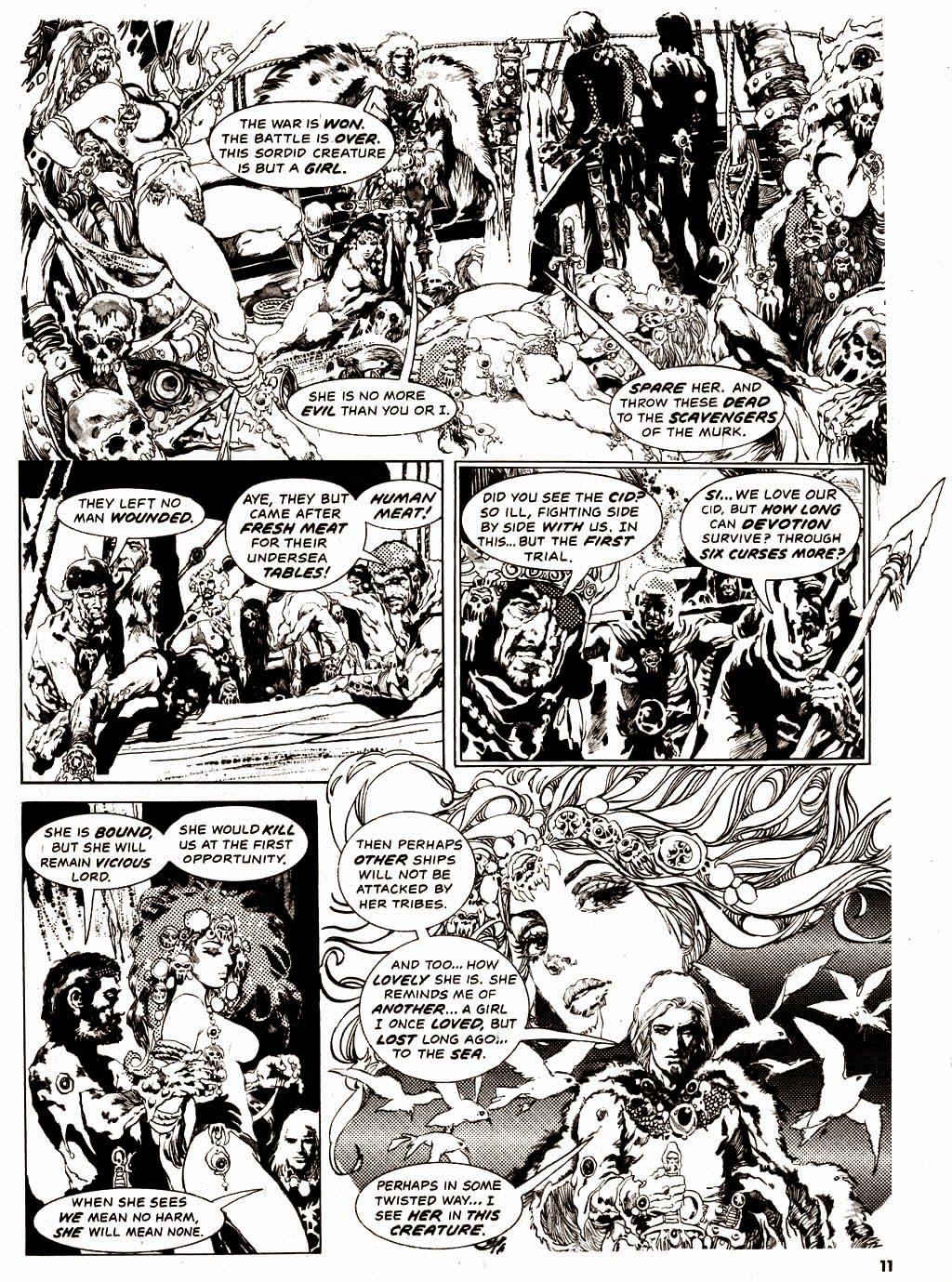 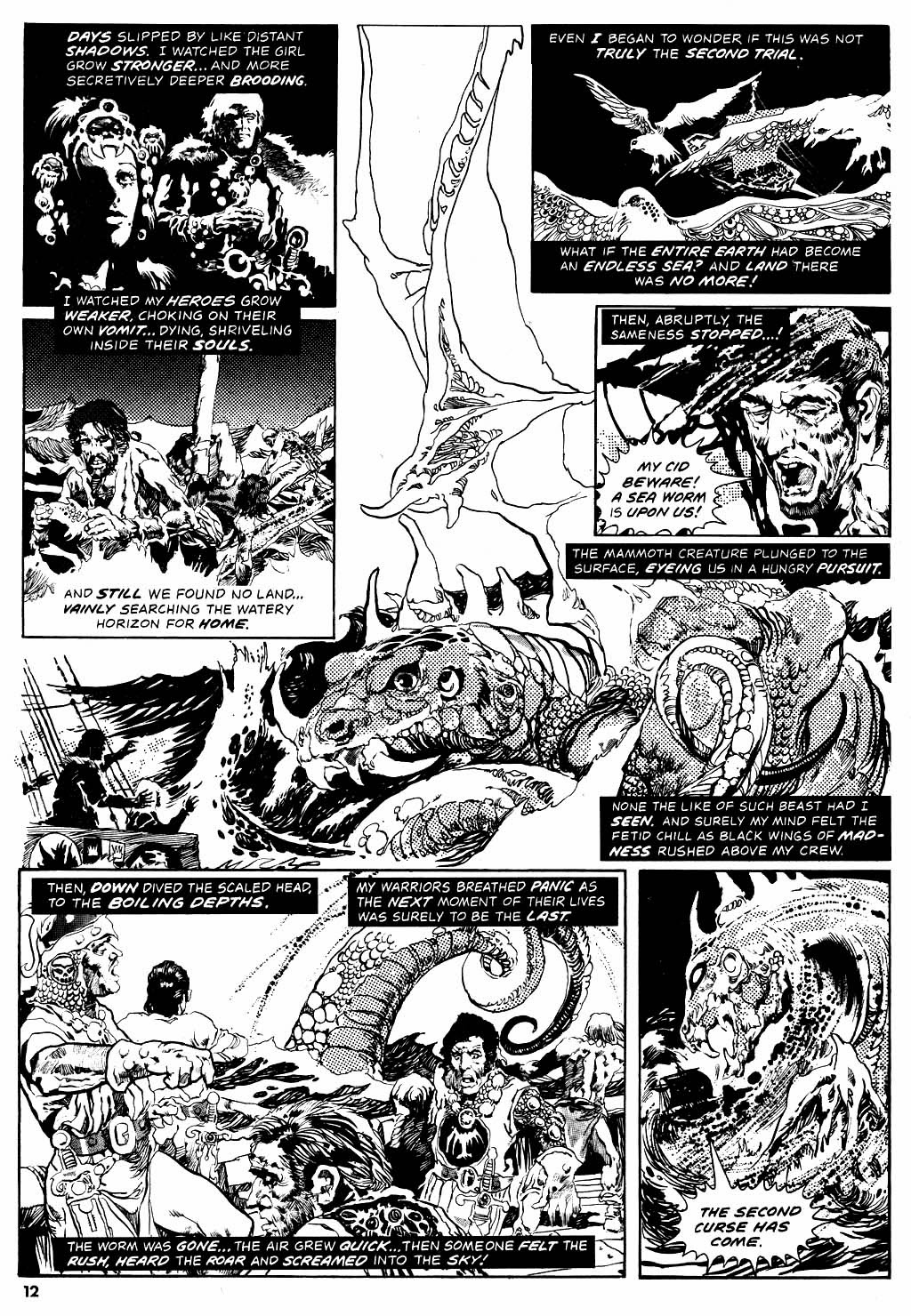 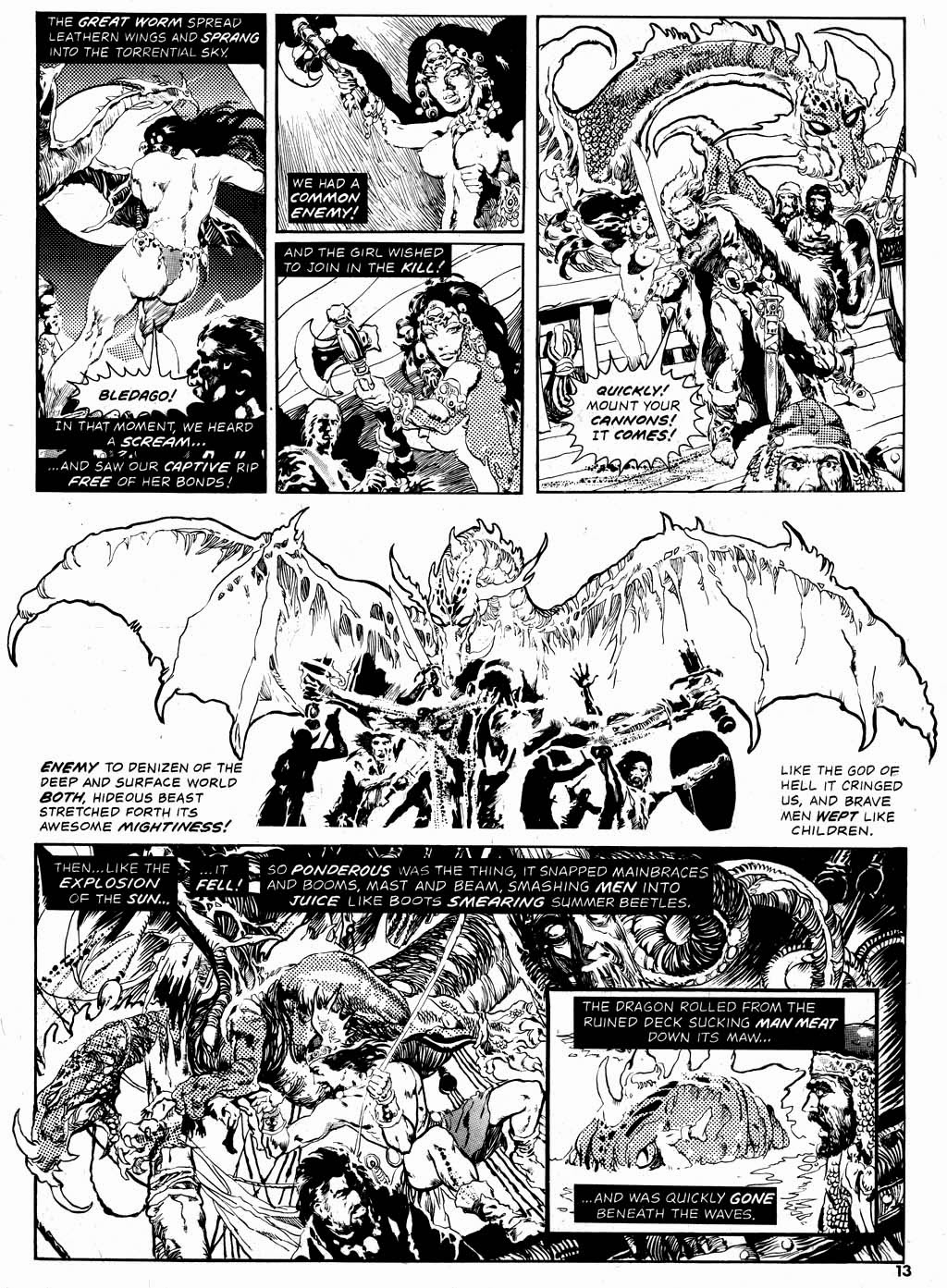 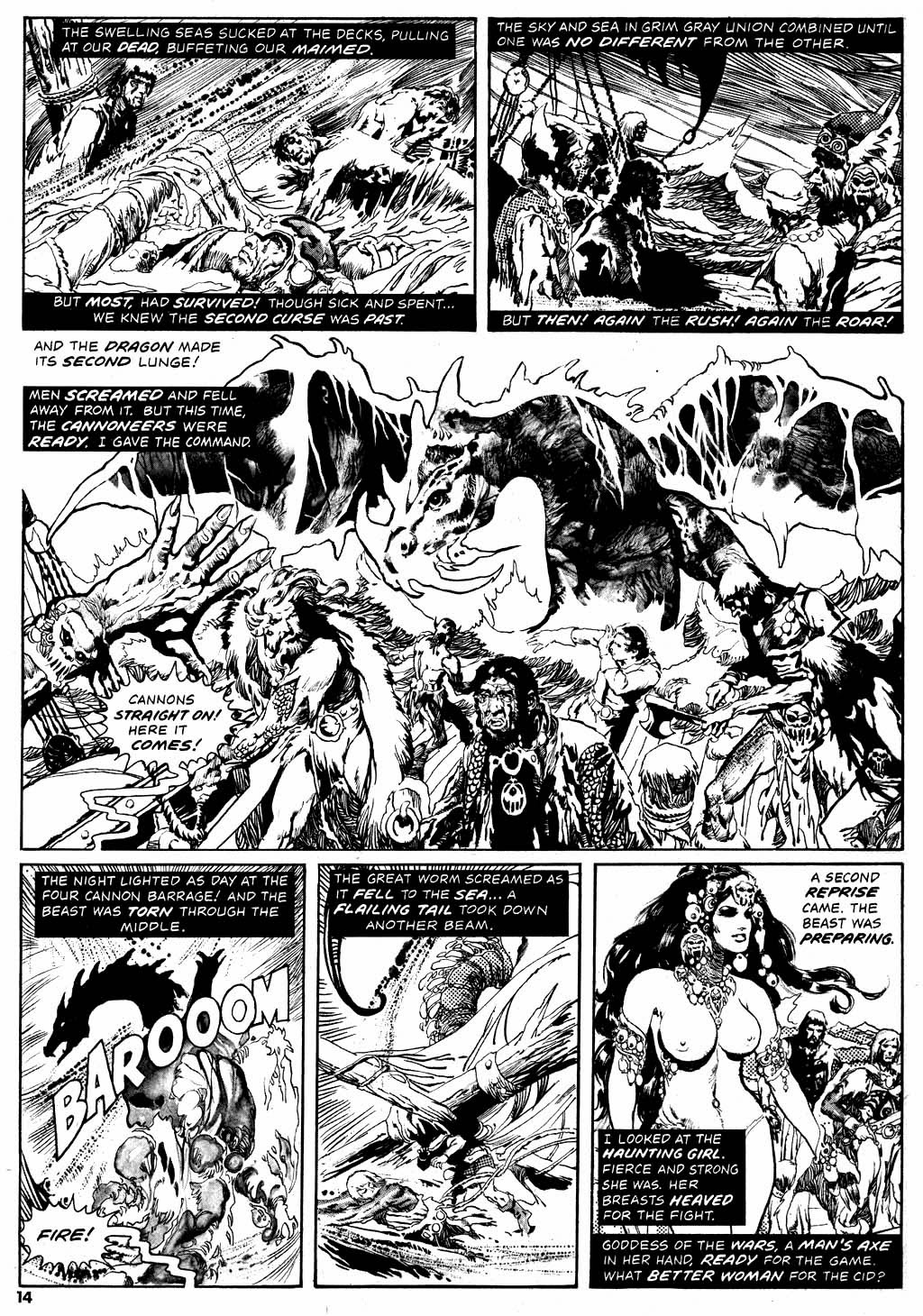 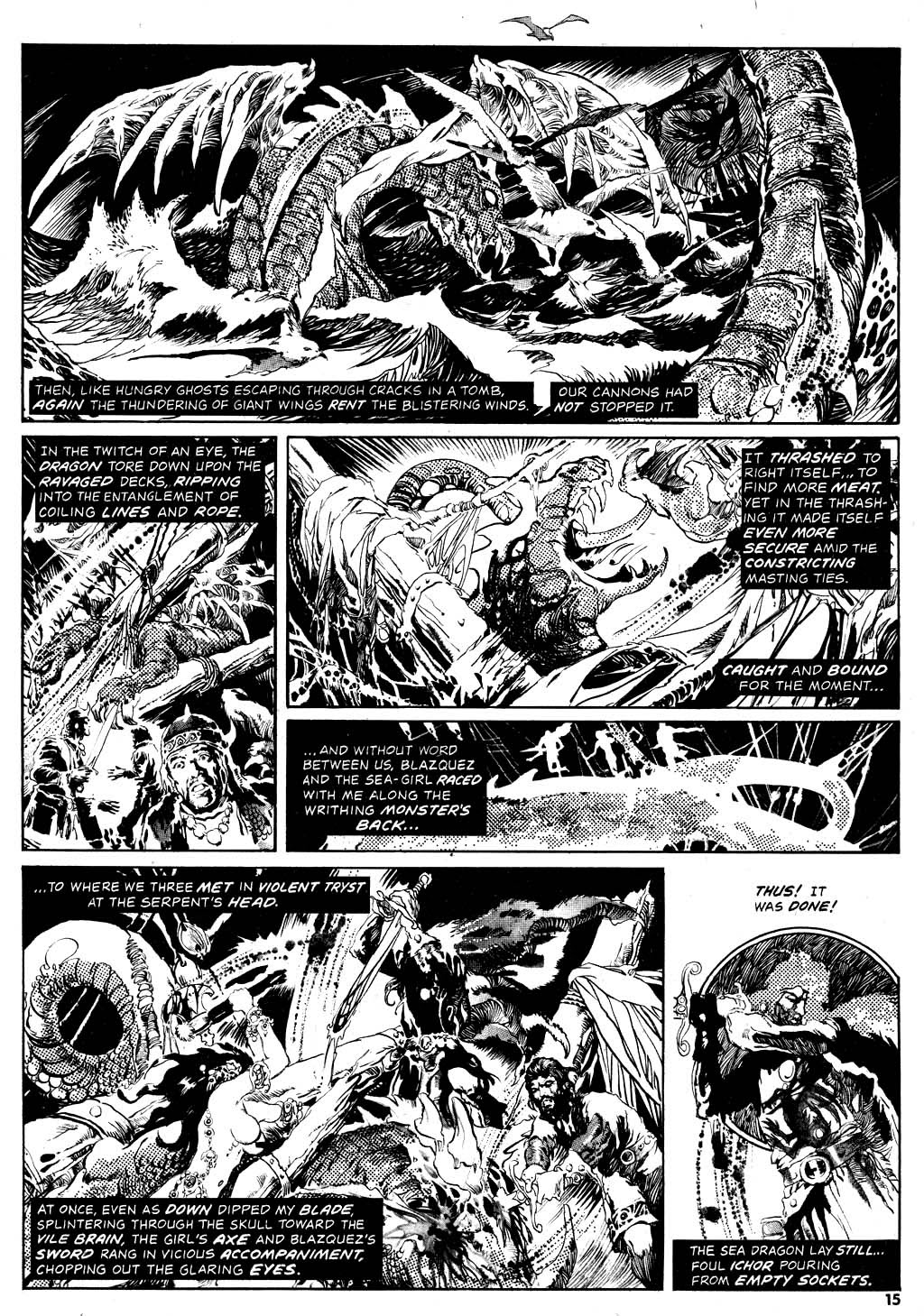 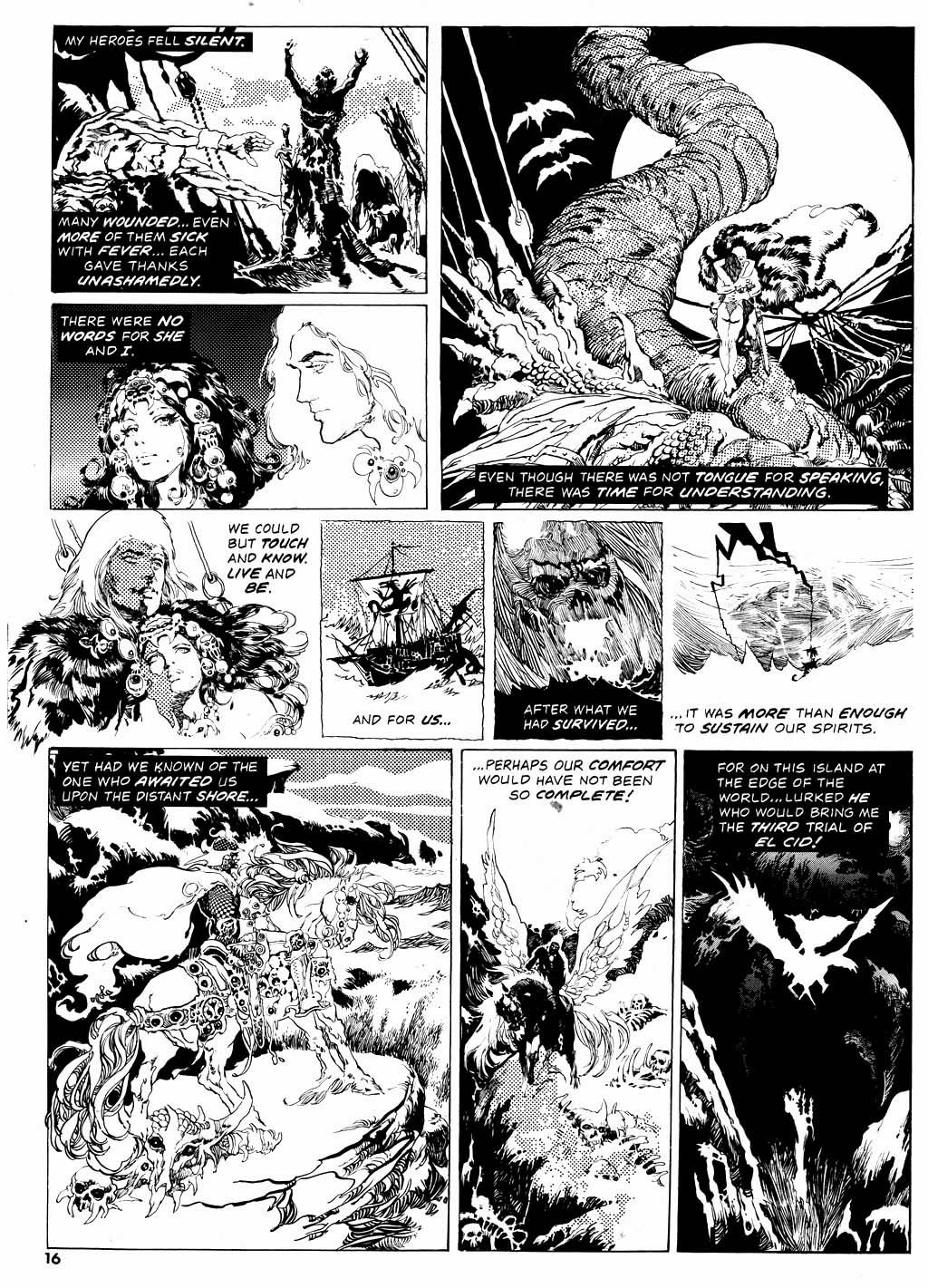