Everybody says Joe Kubert did the best Tarzan, with Burne Hogarth's version drawing nearly equal praise. But the few times I got to see it, it was the Russ Manning one that did it for me. Not that I knew it was Manning at the time: I have vague memories of a british weekly Tarzan comic in the mid '70's, black & white, with a Korak back-up. It was a short lived book, and the art style was so clearly american, that it was obviously a reprint.
But the drawing was so memorable & clearly defined, that it's stuck with me ever since. All I really remember about the story was a scene of Tarzan standing at the gates of a huge lost city (which could be any Tarzan story, right?) But I'm convinced it was Russ Manning I was reading, the style is just too strong for it to be anybody else. Whether it was reprints of the work he did for Dell, or of the newspaper strips, I don't know, but his is the Tarzan that comes to mind when I think of the Jungle Lord.
Here's some of the newspaper work. There's interesting touches of Gil Kane in Manning's style, but not enough to counter it's originality, and it's the kind of craftsmanship you don't often see anymore. You know you're in good hands with an artist like this. 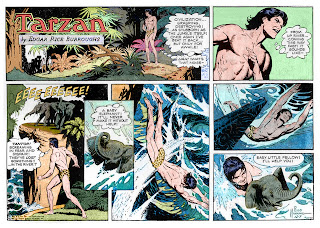 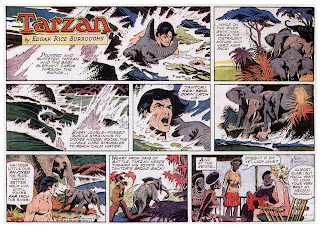 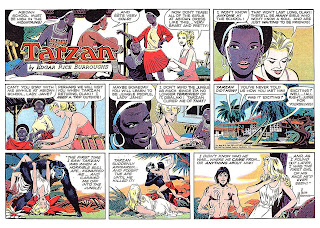 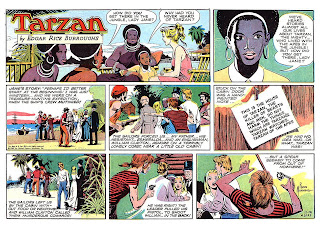 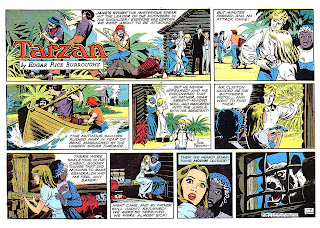 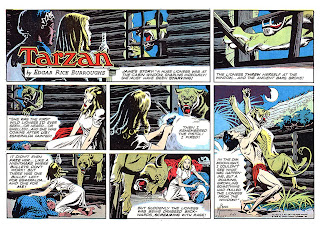 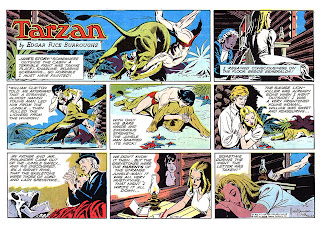 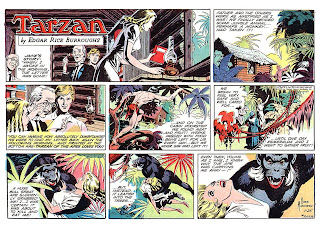 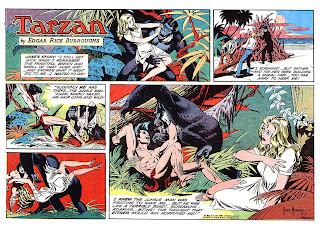 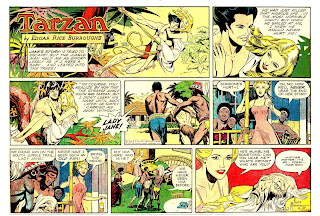