Here's a treat. Topps, of course, are the bubblegum company that gave the world Bazooka Joe, as well as trillions of packets of gum containing cards of legendary sportsmen. They also produced a load of comic & fantasy tie-ins, including classics like these, which were produced by the breathtaking team of ( are you ready for this? ) Roy Thomas, Gil Kane & Wally Wood. It all started in 1966, in the early days of comic fandom, when a young Thomas first met up with pen-pal & comic swapper Len Brown in New York. Len was assistant director of product development at Topps. He was also good friends with one Wallace Wood, for whom he'd scripted the first two issues of Wally's Dynamo ( Woody, natch, reciprocating by cheekily giving the muscle bound T.H.U.N.D.E.R Agent Len's name as his secret identity! )
Cut to: A year later, and Len convinced his bosses up at Topps to let him produce a series of superhero parodies: Six single-panel pages of story, along with front & back covers, as giveaways. Brown & longtime pal Art Spiegleman ( later of Maus fame ) dreamt up the front covers as well as the joke ad's for the backs. Len also wrote the first few scripts, handing the rest over to the by then Rascally One ( who didn't ask for a credit for fear Stan The Man might find out he was moonlighting. )
Originally, these mini-masterpieces were printed in colour, alas I've only been able to locate these b/w ones, ( via Rascally Roy's Alter Ego: The Comic Book Artists Collection ) but they're still magnificent. 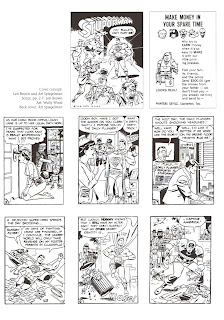 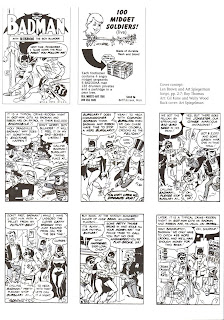 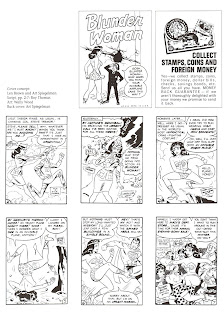 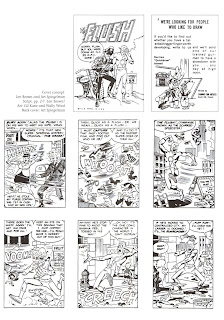 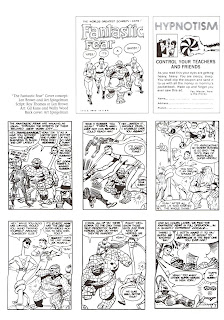 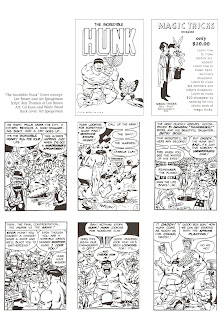 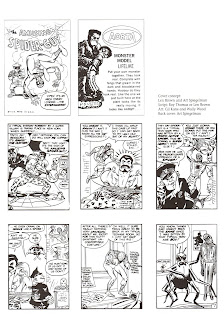 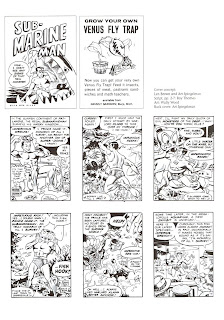 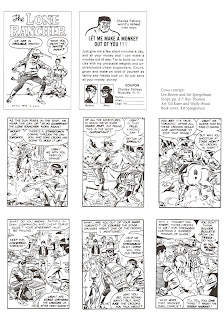 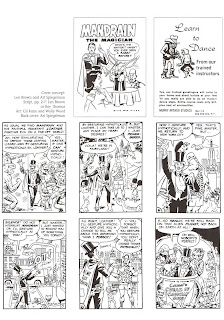 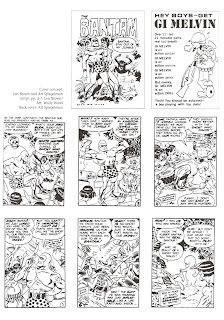 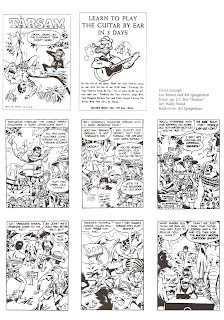 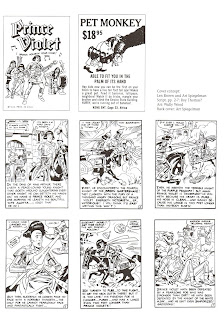