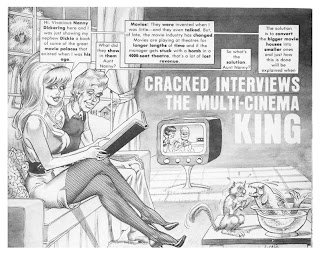 We always looked at Cracked as the poor relation to Mad, often buying it but usually with a 'nhh, it's not as good' shrug of the shoulders. And sure Mad had Mort Drucker, it had Don Martin, it had Sergio Aragones and Al Jaffee and Dave Berg and all the rest of The Usual Gang Of Idiots.
But Cracked had Nanny Dickering. Immortalized by legendary ( and legendarily filthy ) Good Girl artist Bill Ward, Nanny was based on then TV newscaster Nancy Dickerson, and appeared in each issue of Cracked interviewing everyone from Stephen King to Hugh Hefner, all the while threatening to fall out of her two sizes too small dress, and generally helping the readers get through puberty.
Here she is interviewing one of those said fanboys, and though this isn't Bill at his best ( in fact it feels a bit like a Ward copy rather than the real thing ) it was the only full-length example of the strip I could find on the net, having long ago lost my Cracked collection. I mean, come on fellas, if any character deserved her own tribute site, It's this girl! I can't be the only one who used to read this strip with my eyes out on stalks like the wolf in that old cartoon, can I? 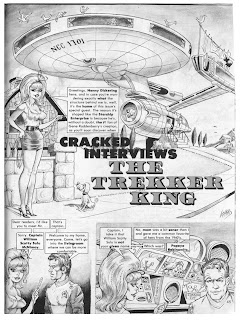 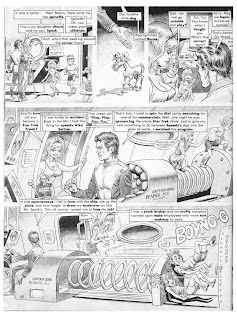 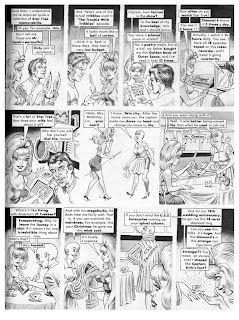 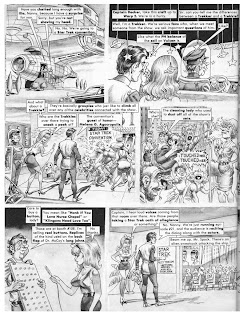 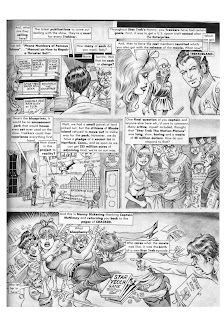