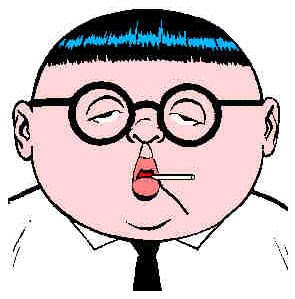 If Herbie isn't one of the weirdest, strangest, most out-there comics ever done by anyone anywhere, then it sure ain't for want of trying. I don't even know if I can adequately summarise this once-in-a-lifetime comic strip, at least not without the aid of hallucinogens.
Herbie was published by ACG from 1964 to 1967, created and written by the companies' editor Richard E. Hughes ( using the pseudonym Shane O'Shea ) and illustrated by Odgen Whitney and, like I said, it pretty much defies description. 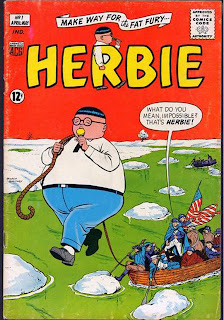 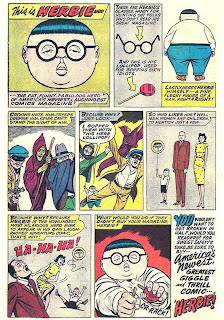 It's a kid's book, sort of. It's superhero satire, sort of. It's Zen abstract comedy, sort of. It might even be just a gigantic put-on. What it isn't is in any way predictable or boring.
Herbie Popnecker was an emotionless, nearly monosyllabic, kid who had, well, pretty much the powers of a god. Some of his powers came from genetics, while some came from lollipops from The Unknown. Herbie could walk on air, travel through time, become invisible, talk to animals (who all knew him by name): 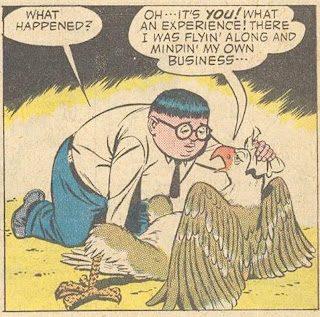 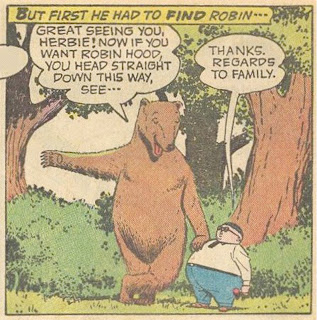 Actually he kind of knew everybody: 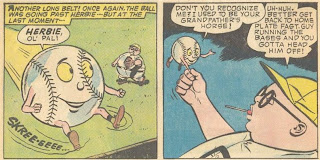 And was completely irresistible to women: 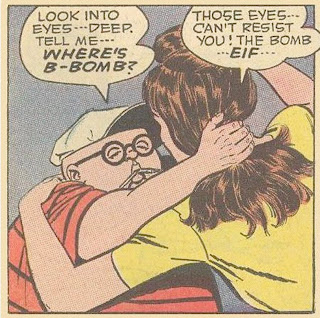 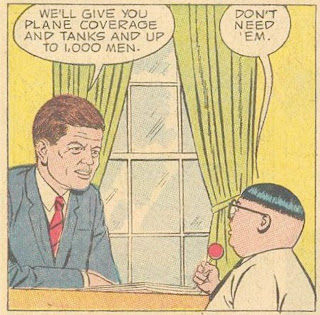 And his stare could terrify the life out of you. Like here, where Herbie puts the fear of God into The Devil himself: 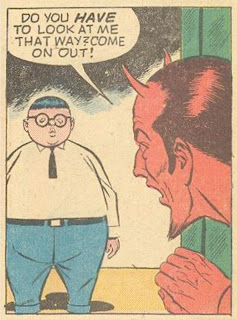 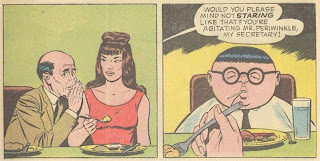 And he regularly saved the world, often in his costumed identity of The Fat Fury.
Which is where I first came across him, in this issue I presumably swapped from some poor sap with no idea of the value of this stuff. 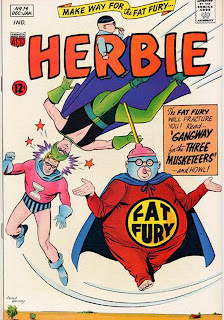 Here Herbie teams up with his ACG labelmates, the suitably uninspiring Nemesis and Magicman, and of course, leaves the lacklustre pair in the dust. 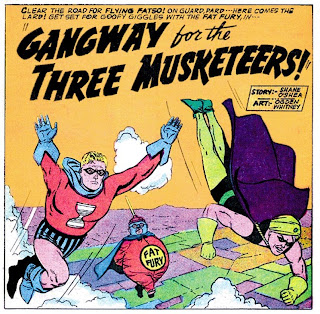 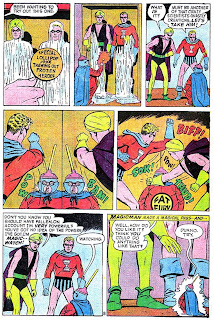 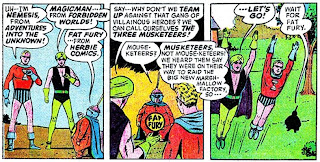 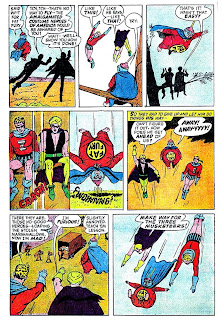 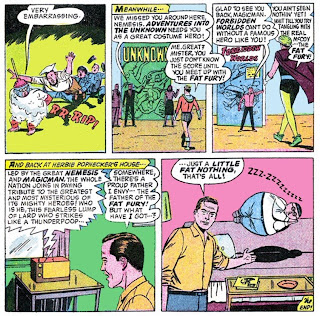 This story ends as most of them do, with Herbie's asshole dad decrying his 'little fat nothing' of a son. Whitney apparently based Herbie's look on his own appearance as a child, by the way...
Herbie, for all it's weirdness, is actually the perfect kids book, and with it's gigantic freewheeling imagination where literally anything could happen from panel to panel, it has the logic of the best children's stories. And a hero who's fat, ugly and who everybody thinks is stupid, but who can actually do anything? Beats Superman into a cocked hat. 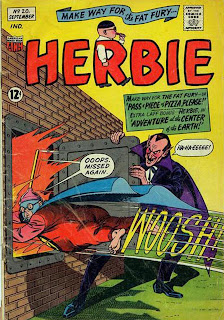 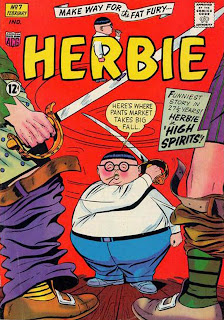 There has been the odd attempt over the years to redo Herbie, but you can't catch lightning in a bottle twice, particularly as The Fat Fury's creators are no longer with us. Best to stick with Dark Horse's collection of reprints. You think they'd come with a free lollipop, wouldn't you? 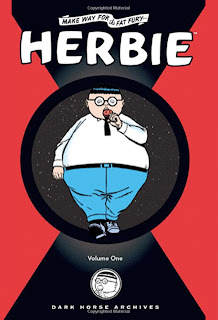 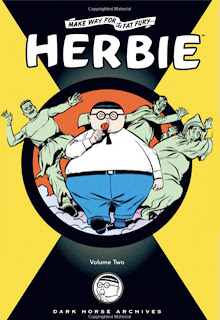 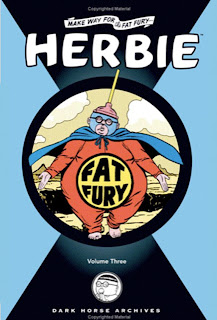