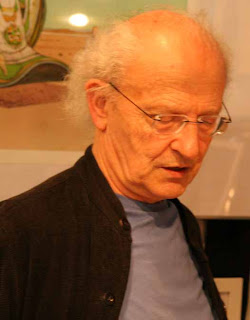 Today is French genius Moebius' birthday, and to celebrate, here's something really cool. Back in 1976, Jean Giraud was working on Alejandro Jodorowsky's ill-fated production of Dune, supplying concepts and designs.
One of the people in charge of special effects for the movie was Dan O'Bannon, who wrote Alien, Blue Thunder & Return Of The Living Dead, but who fans of a certain age will always remember as whiny astronaut Pinback in his & John Carpenter's sci-fi black comedy Dark Star.
Both men were sitting around Paris for months, with basically nothing to do, while the film shuddered to a slow halt around them, so O'Bannon started drawing comics.
One of the comic strips he drew was a futuristic detective story called The Long Tomorrow. Moebius loved it, and immediately drew his own version, which was eventually published in Heavy Metal.
A few years later, O'Bannon was working on Alien, and asked Moebius to come in and do some more design work. He met with director Ridley Scott, who later asked him to work on Blade Runner, but Giraud regrettably had to pass as he was already working on an animated feature called The Time Masters ( which I recommend if you ever get the chance to see it )
So if this story reminds you of Blade Runner at all, well, that's why. 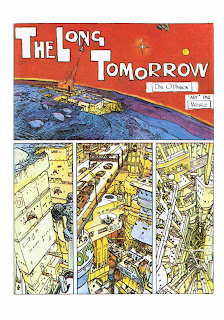 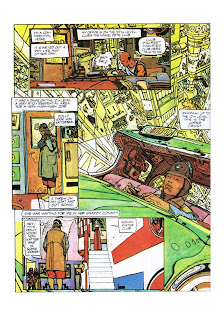 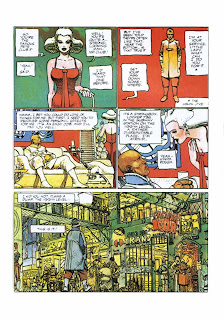 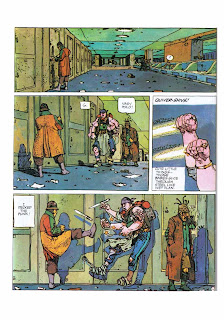 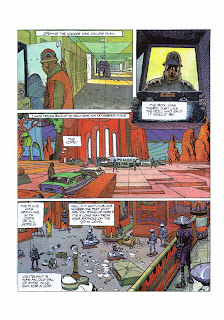 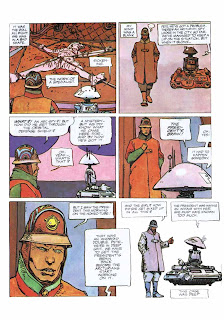 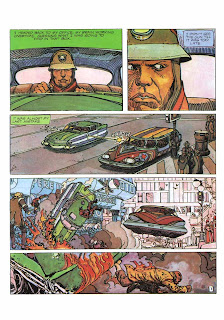 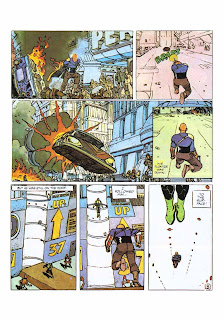 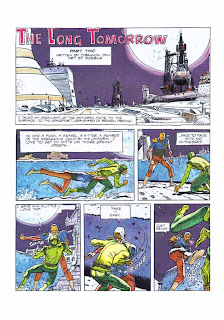 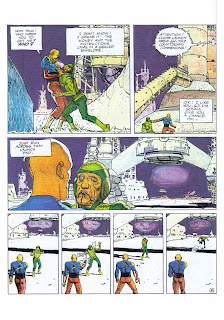 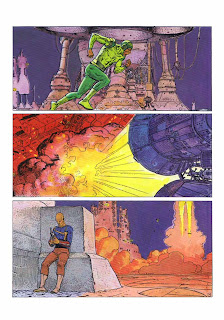 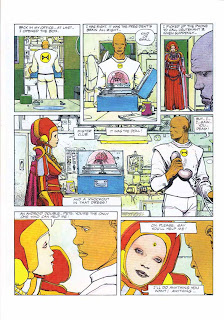 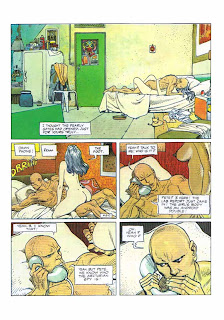 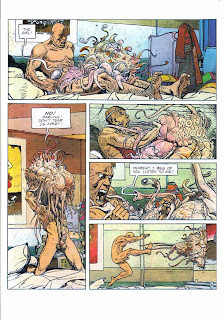 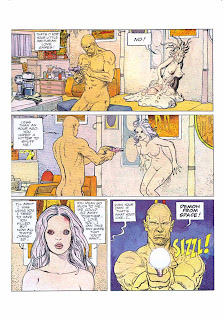 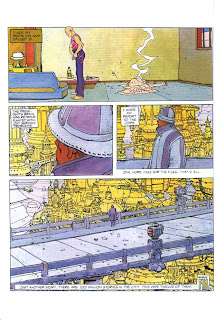