The Legend Of The 7 Golden Vampires

Let's look at some more of the extraordinary work of the late, great Brian Lewis. From House Of Hammer magazine, here's an adaptation of Hammer's late entry into the kung-fu craze, bringing chop-socky together with their more traditional blood-sucky. Amazing how gory this piece is, considering you could buy this book right next to The Beano, without any of that 'adults only' nonsense to stop you. Seven Golden Vampires, of course, starred the much missed Peter Cushing, and just as a random aside, does anyone else remember when Peter Cushing was on Jim'll Fix it? No, it wasn't some kid who wanted to dress up like Dracula. I swear to god, Peter Cushing wrote in to get Jim to fix it for him. His wife had passed away a few months before, and he wanted to have a rose named after her. It was one of those genuinely moving pieces of television that you just don't see anymore in this age of 'celebrity', and I can't believe it's never been shown again. Anyone else remember that? 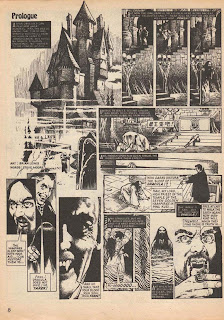 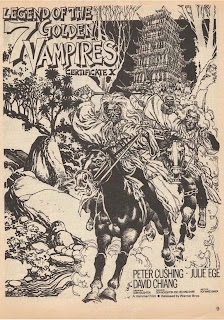 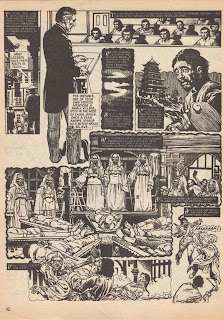 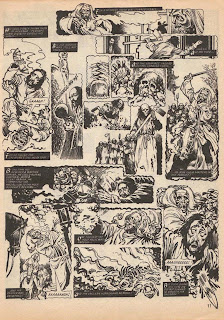 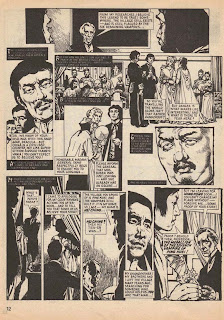 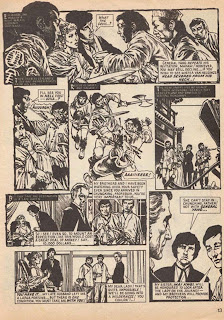 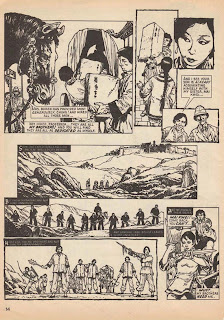 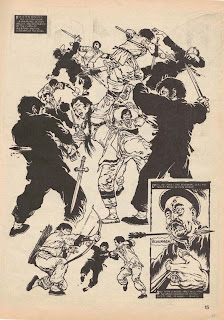 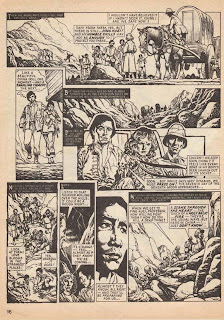 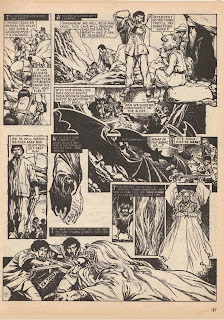 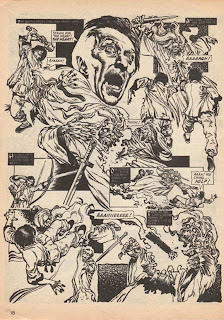 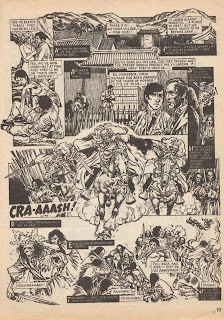 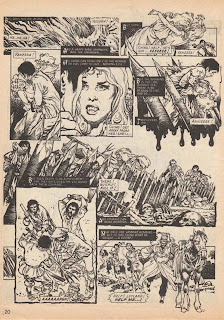 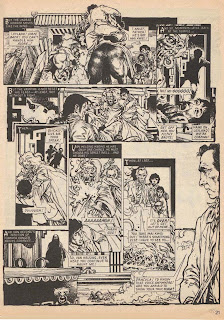 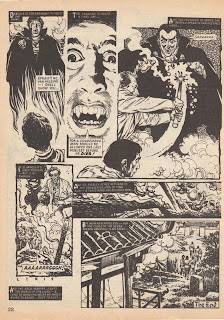