The Huntress was such a great idea, you had to wonder why no one had thought of it before. What if Batman & Catwoman finally got it together, and had a daughter?
Created by Paul Levitz and Joe Staton, both just about at the start of their careers, The Huntress was a back up strip that ran in various places throughout the Bronze Age, including Batman Family & Wonder Woman, and was just a great unpretentious little comic strip. 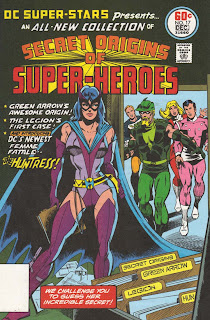 It all took place on Earth-2, that parallel world DC had come up with to explain why it's heroes weren't getting any older as the decades spun by. On this earth lived The Justice Society, with the original ( and middle aged ) version's of Superman, Batman, The Flash and the rest.
After Selina Kyle marries Bruce Wayne, Catwoman is dragged back into her life of crime and accidentally killed by the Caped Crusader. Giving up his cape & cowl, soon after he too dies, giving his life for Gotham.
Swearing vengeance over their graves, Mr. & Mrs. Wayne's little girl Helena becomes not Catgirl, or Batwoman or anything cheesy like that, but the ultra cool Huntress.
What's refreshing about The Huntress is that, unlike dear ol' Dad, ( and every damn character these days ) she's not a grim, obsessed maniac but is actually a nice person. Super humane, not super human.
What's fun also, is that this is the first year of her career as a superheroine, ( long before Year One's became fashionable ), and she often doesn't know what to do or how to get out of tricky situation's, which makes the character even more likeable. But none of this is done in a gritty, soul-searching way, as in most current comics. For instance, she quite often wonders: ' Well, what would Dad do? '
It's not perfect. The supporting cast, at the law firm Helena works at, might as well not be there, and the villain's are generally no great shakes ( other than The Joker's obligatory appearance ). But this was, after all, a back-up strip, and it has such a lot of charm to it, it's hard to resist. Joe Staton's bright, friendly art goes a long way towards that charm, making Helena a likeable character to spend time with. ( Though obviously, the costume helps...)
I don't think Joe's ever got the kudos he deserves, because of the cartoony look of his work. Me, I can't get enough of it.
After Crisis On Infinite Confusion, of course, this version of The Huntress was dropped in favour of a new, grittier character, and she's great too, but let's be honest, the daughter of Batman & Catwoman? To be any cooler, you'd have to be Jonah Hex.
I'm not making any great claims for this strip, it's just light, frothy superhero fun ( remember when comic were fun?! ) and I like that.
Here's our heroine taking on the ever so slightly average villain Karnage, who's clearly taken a wrong turn on his way to an issue of Luke Cage. 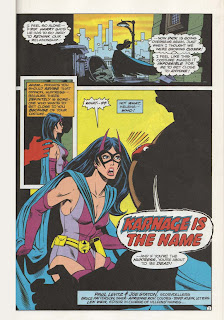 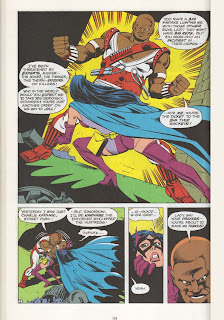 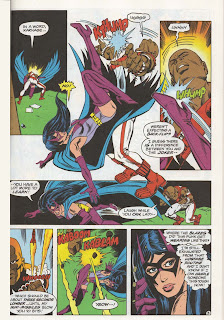 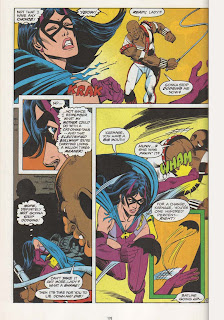 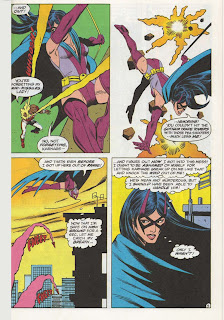 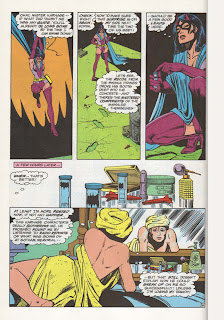 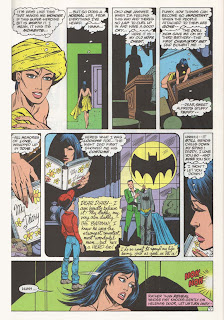 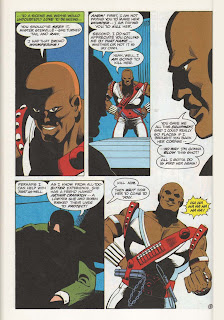 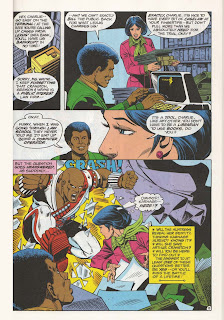 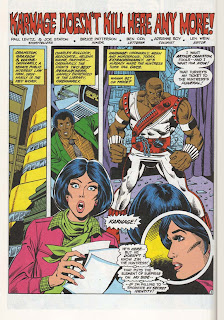 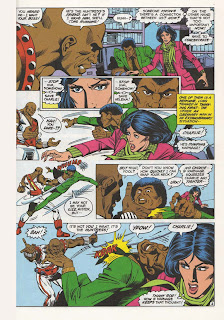 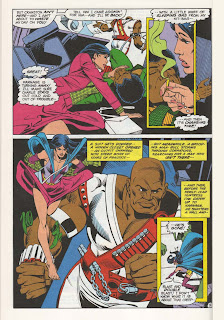 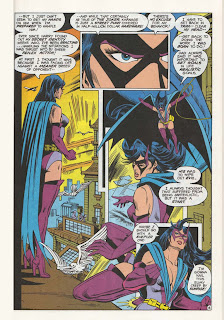 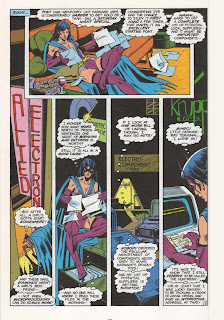 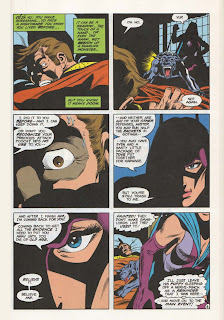 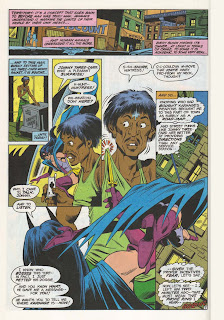 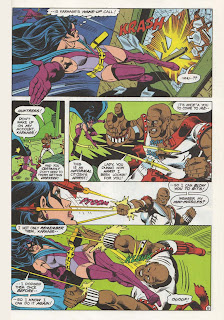 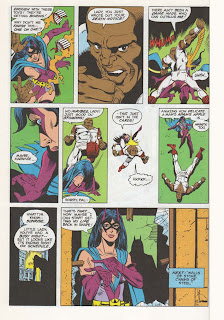 And for more of the same, check out this trade, with the genius title of Darknight Daughter. 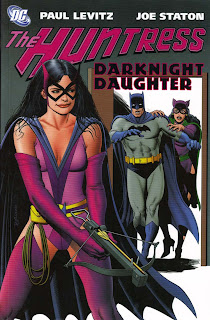