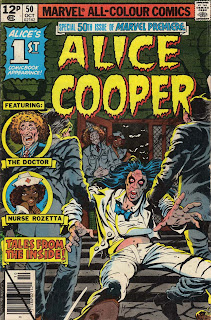 For it's 50th issue in 1979, The House Of Idea's tryout mag Marvel Premiere went all out into the world of ROCK!!!! with this corker, the Alice Cooper special. It was all based around the album Alice was plugging at the time, a typically blackly comic concept piece, where, suffering from stress, the rancid rocker is sectioned into an asylum that closely resembles a microcosm of seventies America.
From The Inside is actually a surprisingly poppy album ( yep, I loved the comic so much I went out and bought the record ), though as Alice co-wrote it with Bernie Taupin, the guy who wrote all of Elton John's '70's hits, maybe that isn't that much of a surprise. 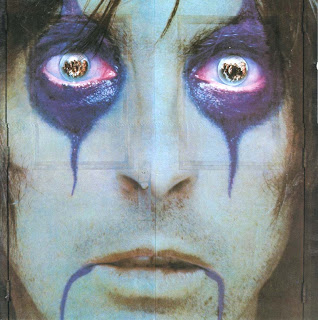 The original LP came with this great gatefold sleeve, showing all the crazy characters our hero met on the inside ( all of whom you're about to meet in the comic ), and if you opened the little flap leading to The Quiet Room, you could see Alice as well, secure in a straight jacket. 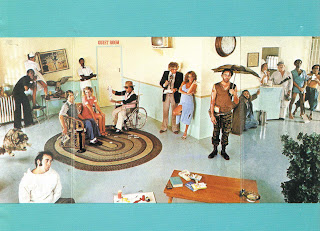 The comic version, plotted by Alice, Jim Salicrup & Roger Stern, scripted by Ed Hannigan and illustrated by the unbeatable team of Tom Sutton & Terry Austin, follows the album more or less exactly, and is just about the most fun you can legally have with a comic book. It's full of in-jokes and insanity, and feels like a lost issue of Harvey Kurtzman's Mad, particularly one drawn by Bill Elder, with it's 'chicken fat' gags filling up the background in every panel.
Alas, it didn't lead to a series, but maybe that's for the best. The uniqueness of this issue couldn't be repeated, and would only serve to dilute the fun. Altogether now: 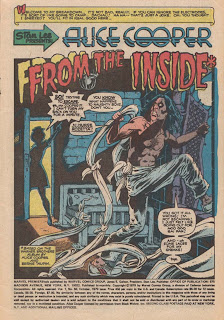 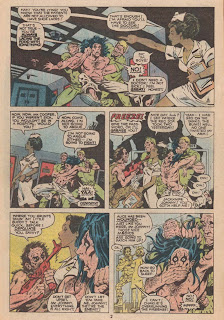 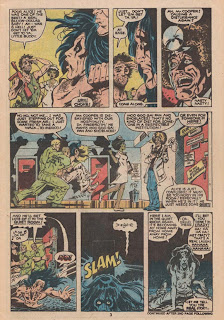 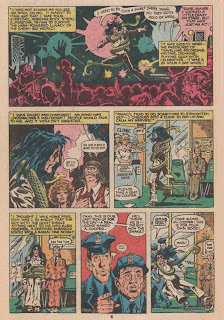 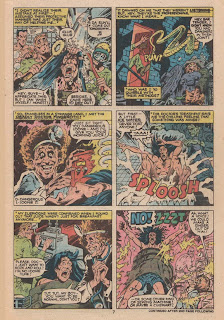 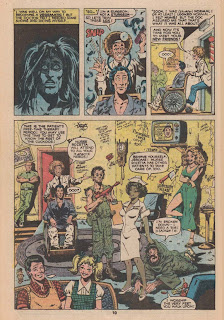 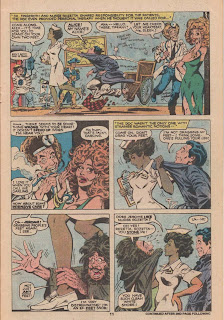 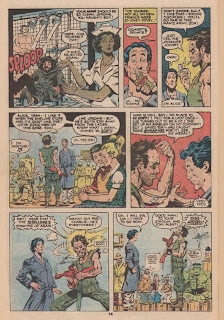 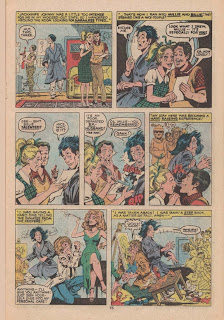 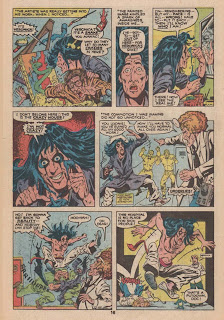 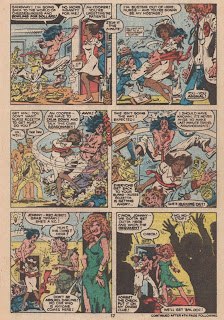 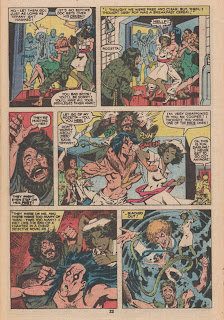 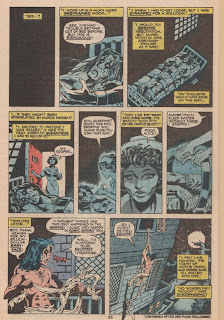 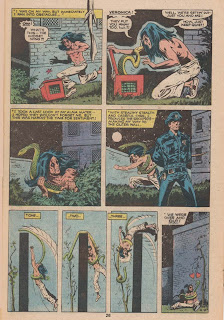 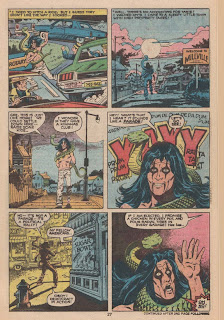 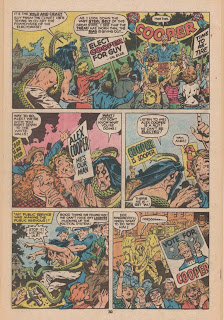 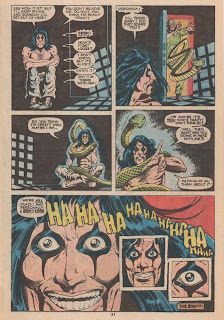