Like all right thinking people, I'm a huge fan of Wally Wood, and there's not nearly enough of his stuff in print these days. Vanguard, of course, published The Wally Wood Sketchbook, The Wizard King & the biography Wally's World, and Twomorrow's put out Against The Grain: Mad Artist Wallace Wood, but we want more, dammit! Here's just a taster: From Heroes, Inc, here's the Mad-like Dragonella: 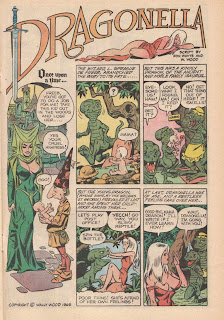 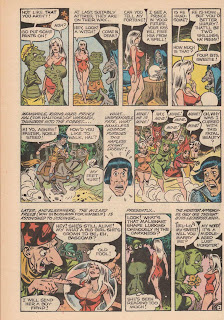 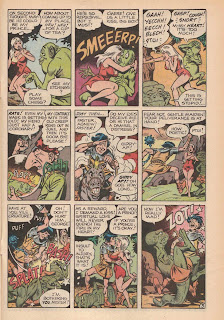 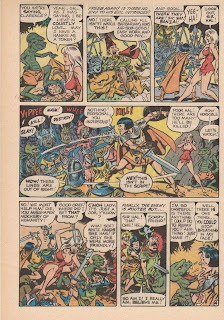 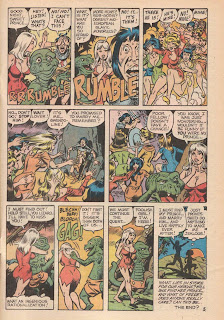 Love Woody's generic wizard character: That guy also turns up in Bucky's Christmas Caper, Sally Forth & ( I think ) Goody Bumpkin. Never wasted a good character, did Mr. Wood.
Now, here's what might be my favourite piece of Wally Wood art ever, his version of Joan Of Arc, from a series on historical personages. 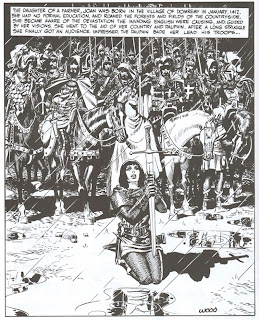 What makes this piece is the lighting. Notice how the light of God shines down just on Joan: A lesser artist ( ok, me ) might've cheated and actually drawn the light as a solid beam. Woody does it simply (simply?) by putting the soldiers behind Joan in deep shadow, and bathing her, and the mud under her, in bright white light, making this an understated, but genuinely holy scene. Woody was great, wasn't he?
Posted by pete doree at 03:35