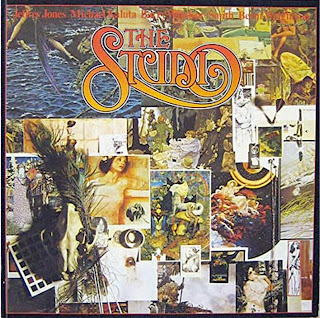 The Studio was published in England in 1979 by Dragon's Dream, and was a kind of book-length portfolio for the work of four legendary artists.
Jeff Jones, Michael Kaluta, Barry Windsor-Smith & Berni Wrightson had all gone from being the new kids on the block in the comic world, to genuine superstars. Dissatisfied with the industry, they decided to branch out into other fields, doing book & magazine covers, but most importantly, publishing luscious limited edition prints of their own work, unencumbered by editorial or commercial constraints.
Finding a suitable studio on West 26th St, in lower Manhattan, they set to work, feeding off each other's creative energies, and The Studio was one result of that time. Here's the boys hanging out, presumably on their way to a Pink Floyd gig (From left to right: Wrightson, Jones, Windsor-Smith & Kaluta): 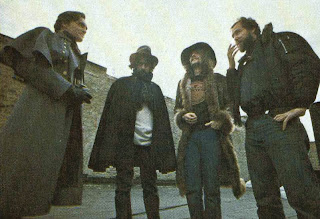 Now, The Studio is such a seminal book, and each one of these guys a subject in themselves, so I've decided this week is Studio week at The Bronze Age Of Blogs. For today, let's look at Jeff Jones' portion of the book. Here's Jeff's introduction to his chapter, a childhood memory: ' My great-great-aunt was blind from birth. She would sit in her creaking rocker in her room among mementos of the 19th century. " Is there sunlight? " She would ask. " What does it look like, Jeffrey? " At 4 I had few words. But she would laugh. Even now I can hear her. " Is there sunlight, Jeffrey? What does it look like? "At 34 I still have few words. And like her, the sunlight is my dream and I see it only when I dream. ' 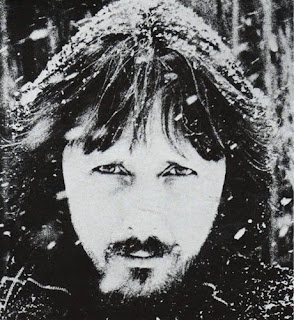 Of course, when you're looking at work this good, you just run out of superlatives, so I'll just give you the titles of each piece, and let you get on with picking your jaw up off the floor.
This is my favourite piece, In A Sheltered Corner: 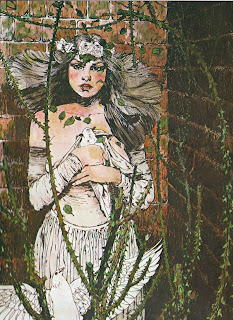 While this is Withdrawn: 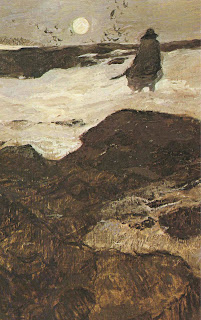 Here's Jeff setting up a shot while Berni looks on: 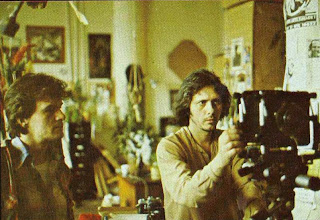 This is a study for Chastity: 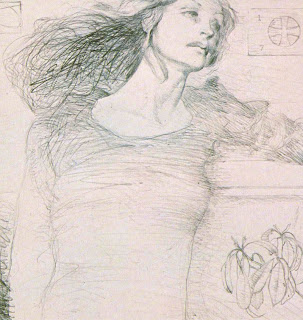 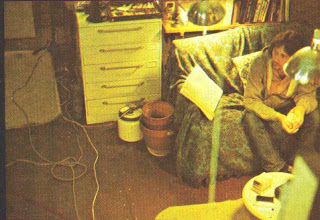 And finally, a couple of pen & ink pieces: 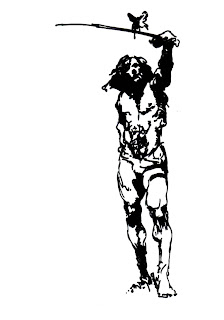 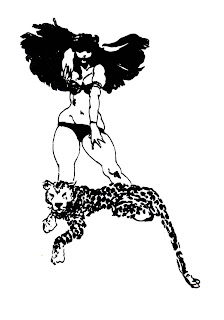 Here's Jeff describing the atmosphere at the studio: ' It is important that people are working here. We have found an atmosphere of inspiration and creativity. At a point where I get bogged down by a particular something that I'm doing, I can walk twenty feet and there's a wonderful piece of work being created by somebody else. They may be having similar problems an hour later, or the next day, but at the moment they're not. That alone makes this a hell of a place to work. '